Did you never see a statue dance?
Sultan of Nioya – in the context of the debate to restore the throne of Bamun, Cameroon

The works are the result of her research on non-European cultural assets in ethnological collections in Germany and Europe. At the beginning of her working process was the liberating realization that photography does not have to be a surface. And the conviction that we must constantly rethink history.

The gallery FELDBUSCHWIESNERRUDOLPH presents its second solo exhibition with the artist Sara-Lena Maierhofer. 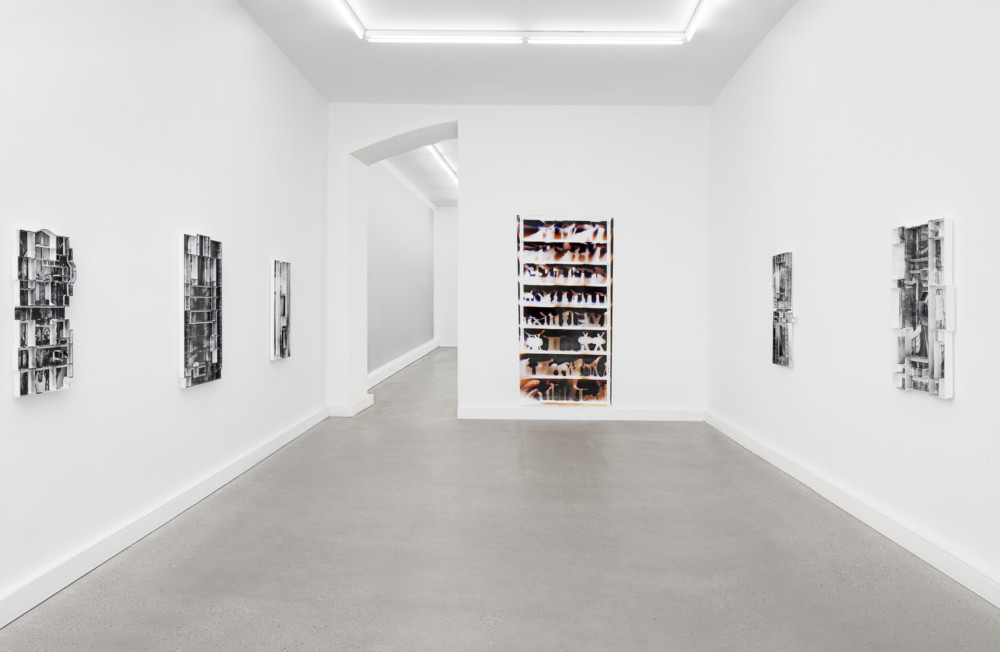 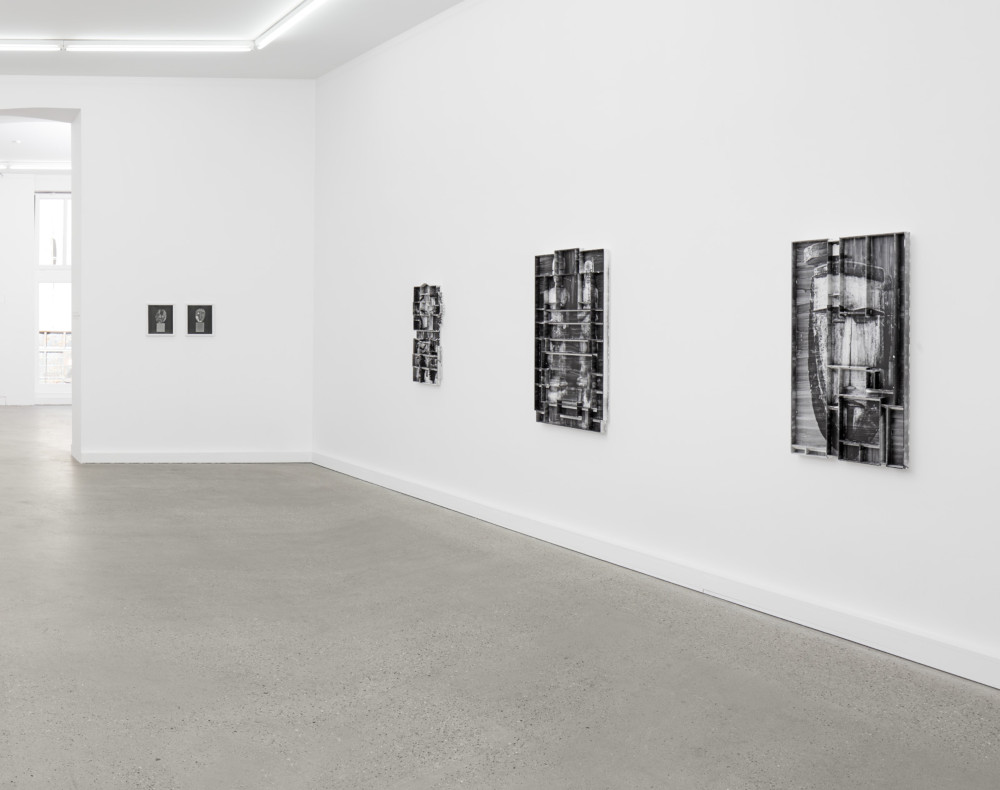 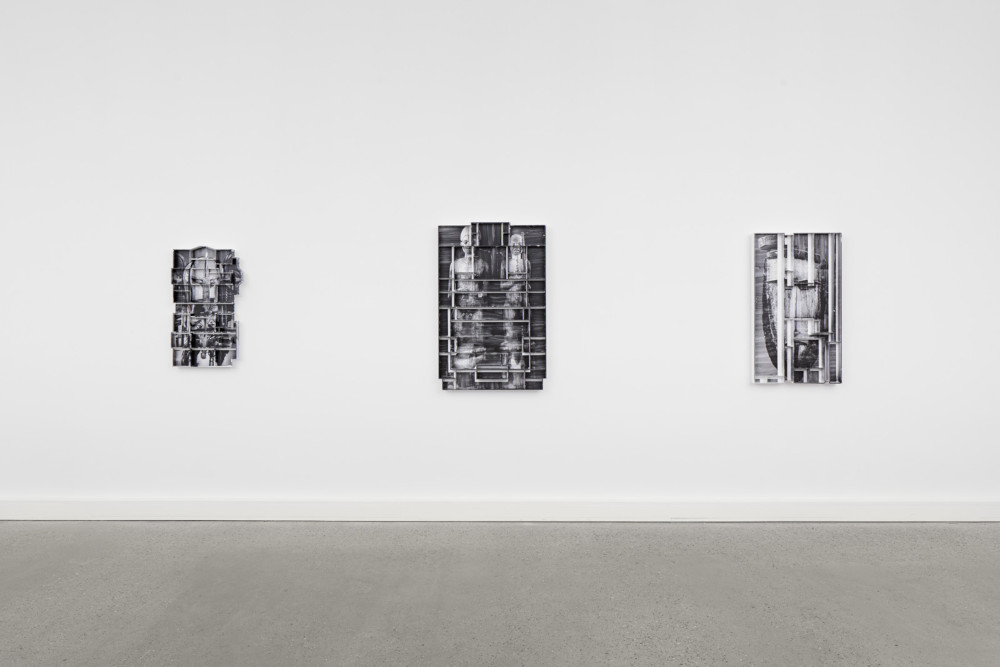 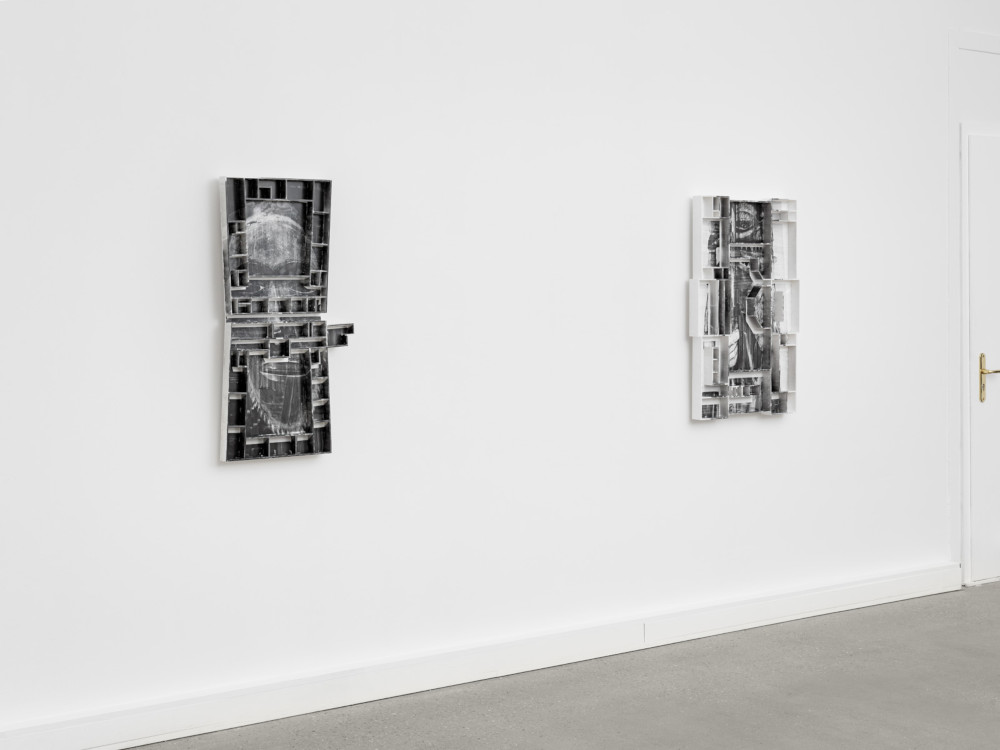 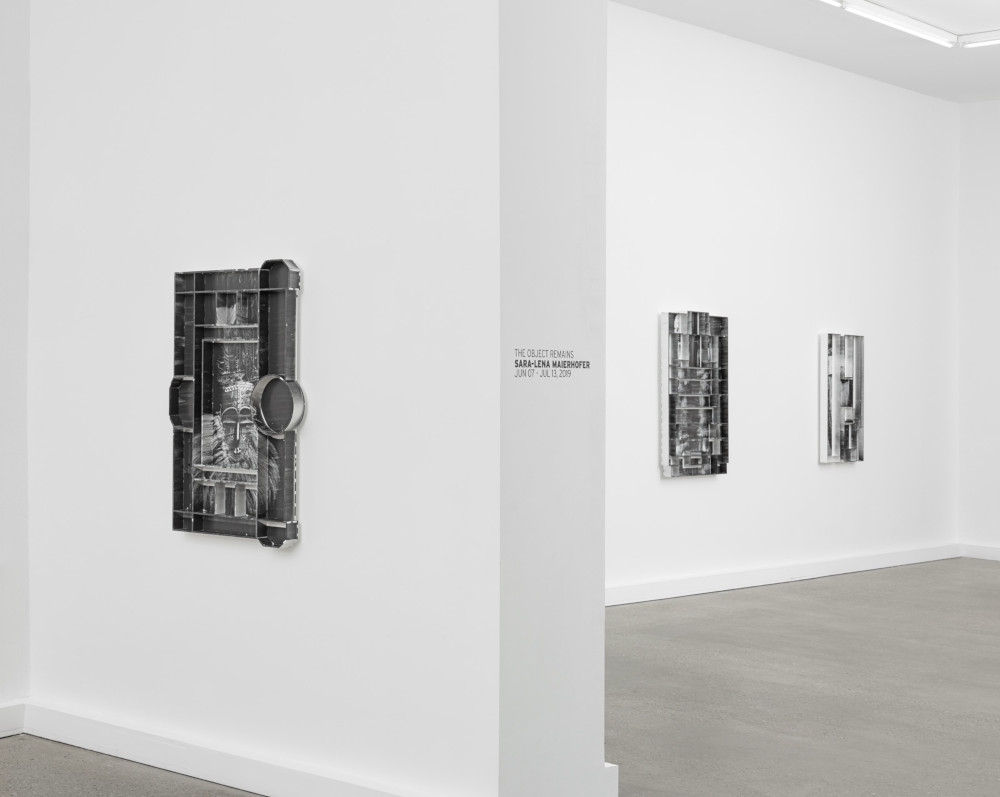 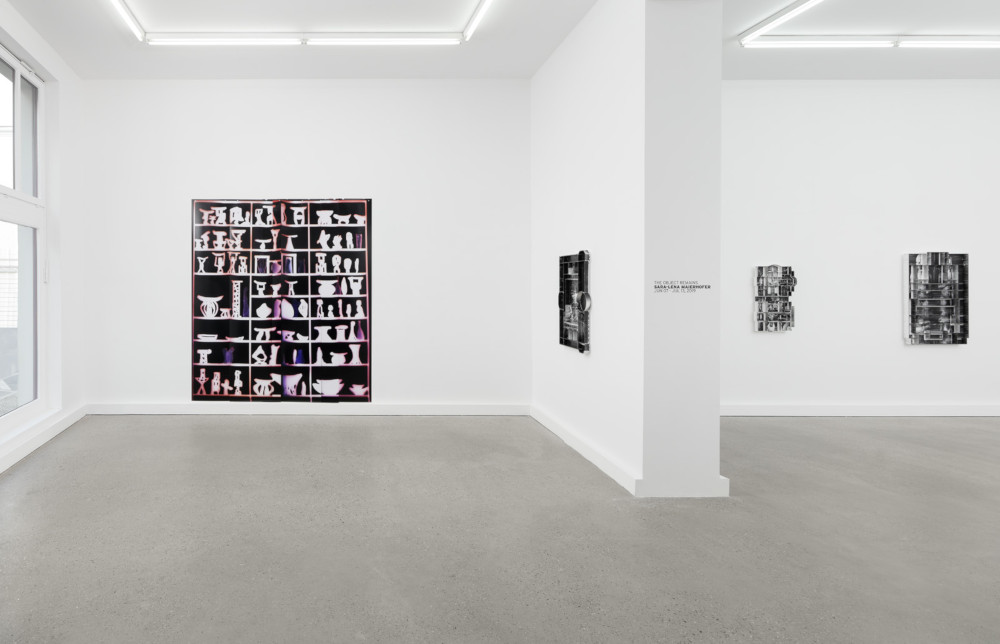 Under the exhibition title “The Object Remains” the artist shows her latest work complex of photographic objects and photograms.

The “Cabinets” series of works is based on scaled-down floor plans of ethnographic museums such as the Rautenstrauch Strauch Joest Museum (Cologne), the Weltkulturenmuseum (Frankfurt/M), the Humboldforum Berlin (see above). The three-dimensional models were coated with liquid photo emulsion and exposed in the darkroom with photographs of various artefacts from the collections. Thus the photographically documented cultural object inscribes itself legibly into the surface of the modular “photo sculptures”. And at the same time it represents itself not only optically in its fragmentary and shifted dissension.

“It is about the recognition of facts and narratives of our past that have not yet been heard. That was my first intention. To bring together the objects and the spaces in which they are exhibited. I had thoughts like: do the objects perhaps speak? Do they exchange ideas on the shelves and drawers? Do they dream? Are they homesick? That’s just the way it’s spun. But this thought eventually led to the works.“

With her “Shelfs” and “Tablars” Sara-Lena Maierhofer enters the sensitive interior, the “belly” of the ethnological collections – the collection depot. Here she makes an impression of the indefinite status of the archiving sites and their objects.

Using original-sized replicas of the shelves and drawers from the depots visited, the artist generates color photograms in the color laboratory, which function like a negative copy. The shadows of the objects visible in them meet the viewer like “echo spaces” in which repressed questions echo: What culture of memory do we cultivate? Who are we and who do we want to be?

Sara-Lena Maierhofer (*1982 in Freudenstadt/ Black Forest) attended the Ostkreuzschule and then studied at the Fachhochschule für Fotografie in Bielefeld.

She received various awards such as the DAAD Scholarship for New York (2010), the Wüstenrot Foundation Award (2013), the Kunststiftung Baden-Württemberg Scholarship and the Stiftung Kunstfonds Bonn Working Scholarship (both 2015), the Lower Saxony Annual Scholarship (2017), and most recently the Project Scholarship including the purchase of a collection from DZ Bank Frankfurt/M (2018).

Sara-Lena Maierhofer´s Photographic works can and have already been admired in institutional exhibitions. In the FOAM Amsterdam (2011), in the Kunstverein Friedrichshafen (2017) or “Jungle Paintings” in De Grote Witte Reus in den Haag (2016) among others. The artist is regularly represented in thematic group shows such as Kunstverein Wolfsburg (2018), ZKM Karlsruhe (2018), C/O Berlin (2017), Museum für Photographie Braunschweig (2016), Fotogalerie Wien (2014), Deichtorhallen Hamburg (2018, 2012), Fotomuseum Winterthur (2014), Mulhouse Biennale of Photography (2016) and many others.

Her work is currently honored in a solo exhibition at the Westwendischer Kunstverein and in the group exhibition “Spurensuche” at Marta Herford as well as “Die Anderen sind Wir” at the Brandenburgisches Landesmuseum für Moderne Kunst in Cottbus.