SpazioA presents These earthly things, the second exhibition of works by Santi Alleruzzo (Messina, 1929 – Villa San Giovanni, 2006), at the gallery. 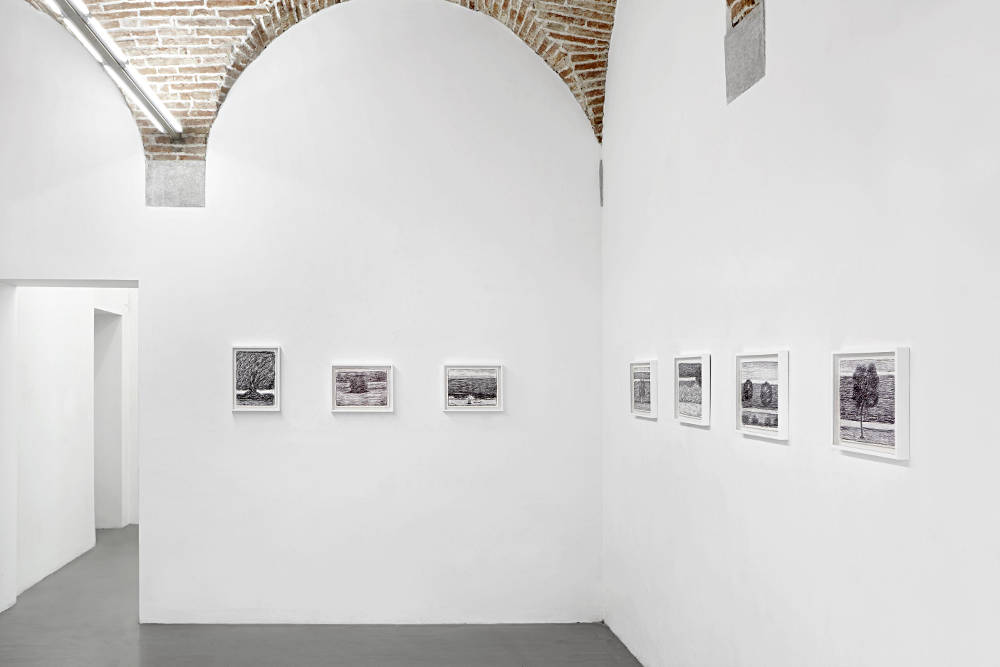 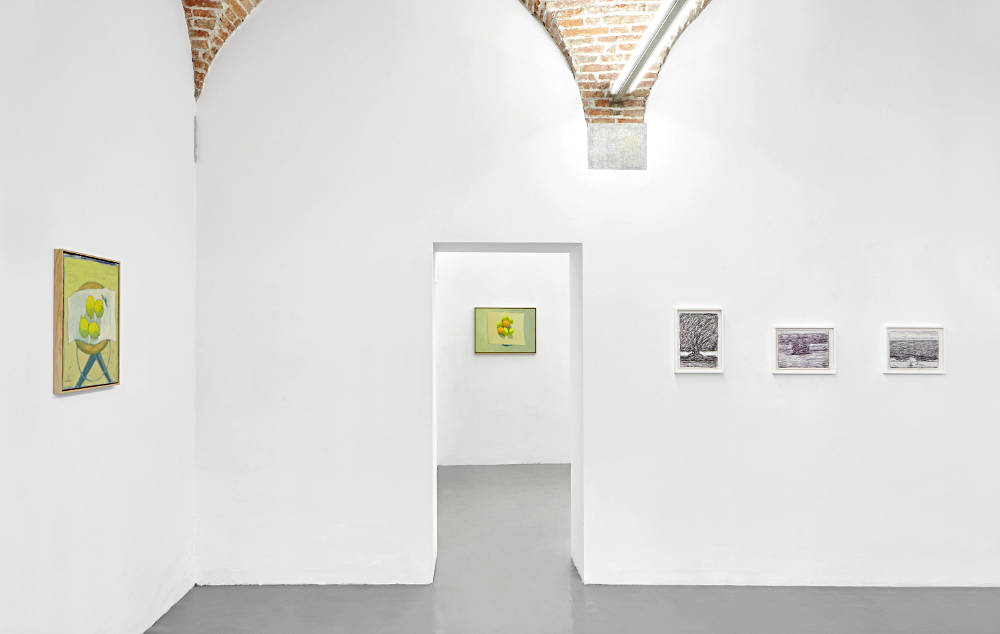 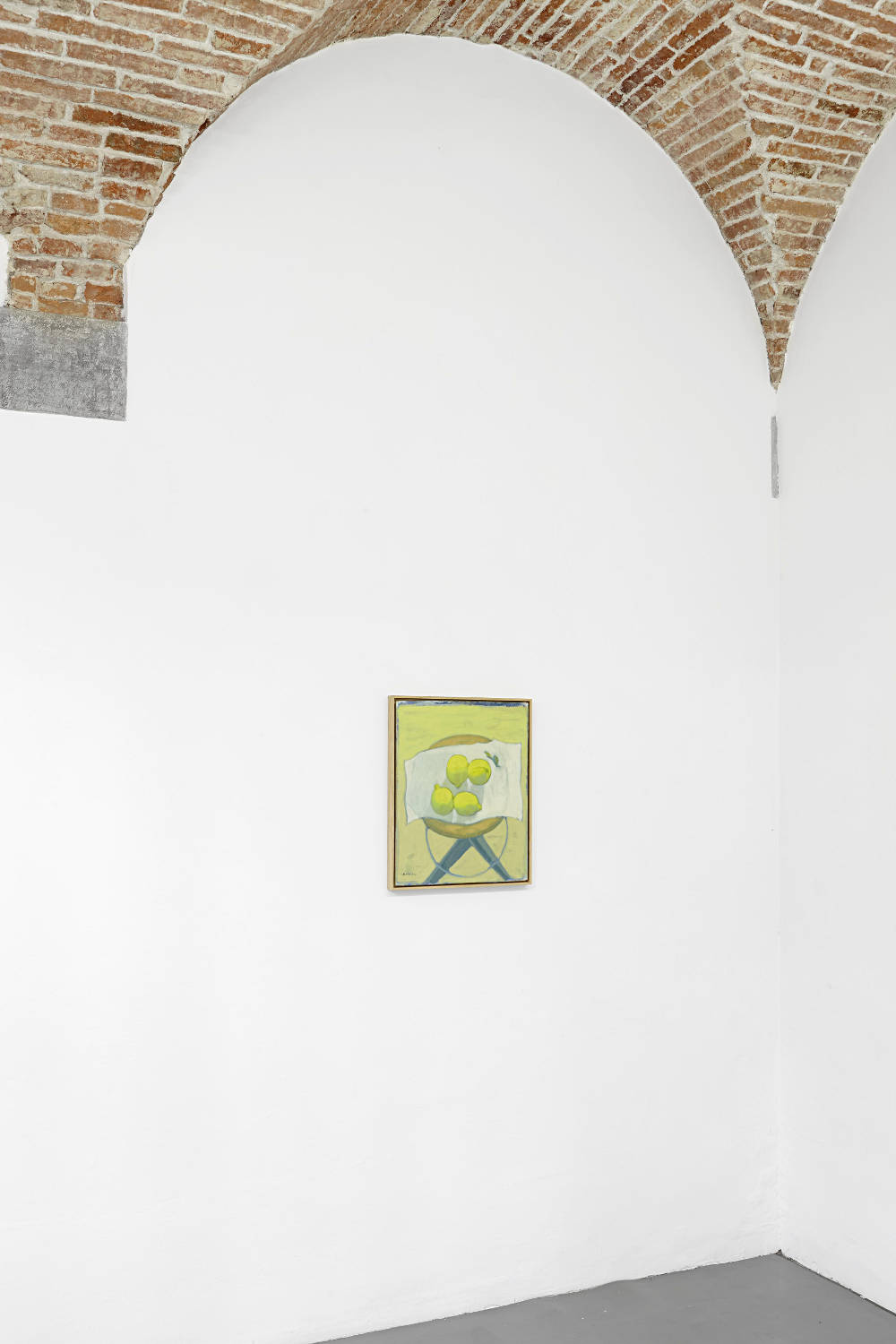 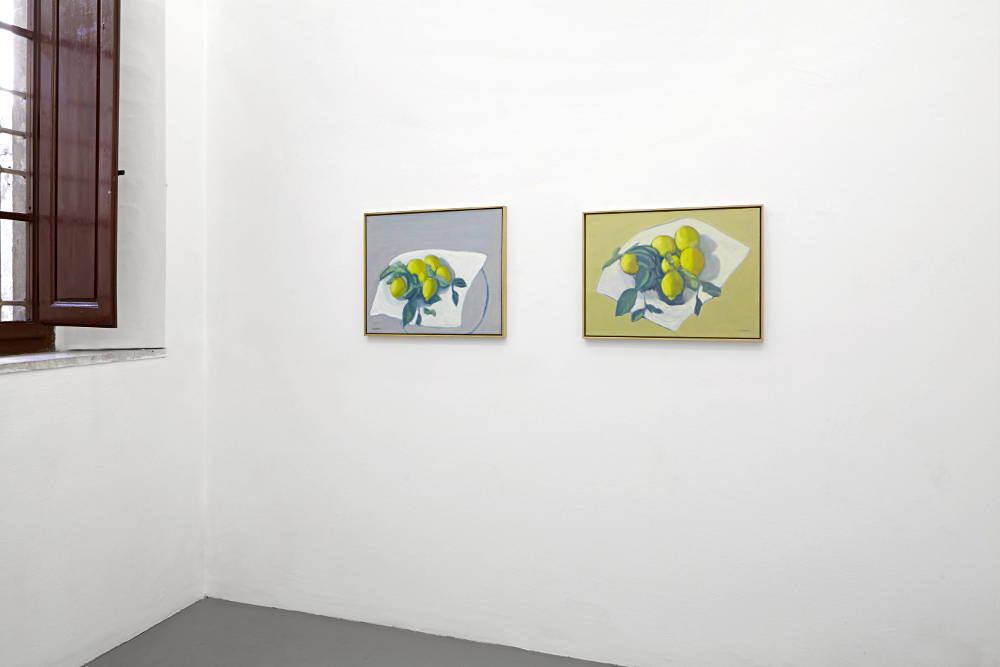 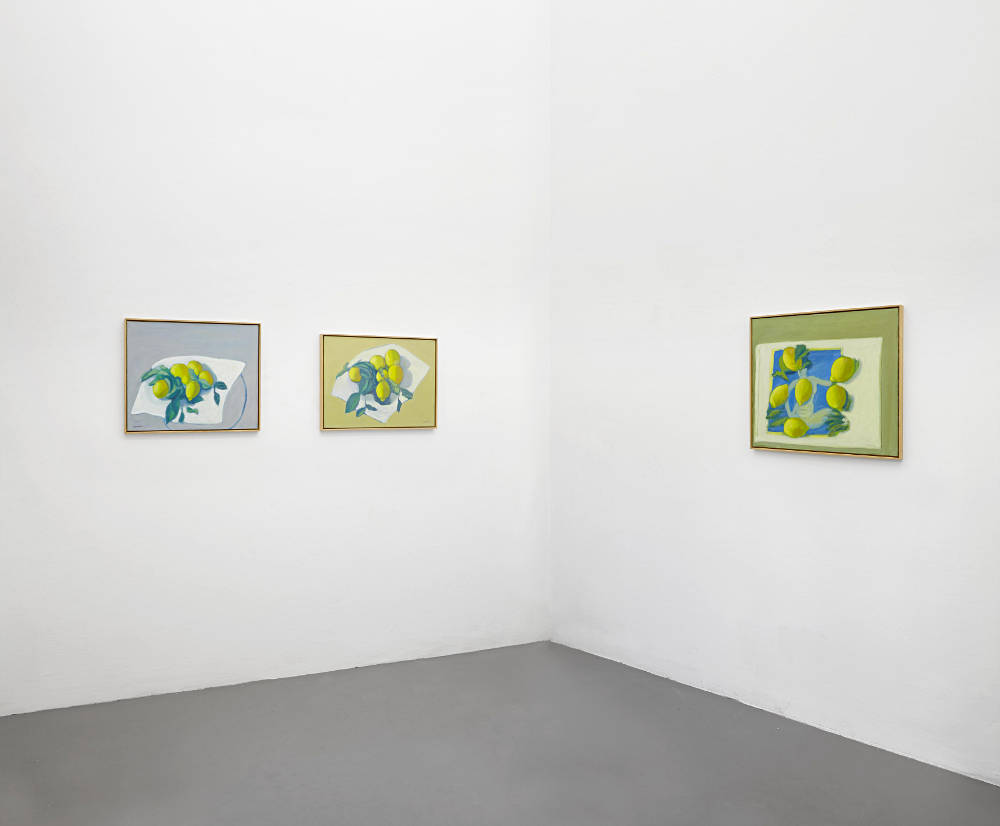 Among the many things left exactly as they were in Santi Alleruzzo’s studio/home in Villa San Giovanni, there’s a book, an anthology of poetry by Bartolo Cattafi who lived on the Straits of Messina, as did Alleruzzo, but in a village in the province of Messina on the other shore.
In homage to the artist’s favorite poet, the show takes its name from one of his most memorable poems.

Santi Alleruzzo’s painting tells certain stories of “these earthly things” – the sea, the Straits’ two coasts, ferries plying back and forth bearing train cars and automobiles, bathers, and soccer fields drenched in light – yet disarticulated, unordered stories that can never be ascribed to circumscribed series or seasons in life. These are aspects of the complicated, chaste, and energetic figuration that is one of the most important qualities of Alleruzzo’s poetics.

Whereas the first personal show held two years ago at SpazioA highlighted one particularly germinal phase in the artist’s activity from the mid-70’s to the mid-80s, the new exhibition signals a sudden shift in point of view that occurred around the change of the Millennium in two distinct series of works that appear more focused than others. Examined more closely, both can be seen to translate the movement from the inside (the studio) to the outside (the landscape) and vice-versa that happens to be one of the most emblematic features of Alleruzzo’s work.

The paintings with lemons employ still life as their center of energy and fulcrum of progression of contaminations/variations: lemons brought into the studio are placed on the painter’s stool, an element that may be subjected to meticulous description or merely evoked by a brushstroke that outlines the area of the composition’s relevance against a monochrome background. This surface may be a white page set over the painter’s stool – the locus in which the exchange between real things and represented things takes place – or sketching paper with the image of the female figure, creating the effect of contrast between painting’s different genres.

Santi Alleruzzo (Messina, 1929 – villa San Giovanni, 2006) spent the first years of his life in Messina, and then he moved to Billa San Giovanni, on the other side of the strait, where he lived until he passed away in 2006. Alleruzzo started painting at a very young age and graduated from the Liceo Artistico, putting on his first solo exhibition in 1958 at the Galleria Il Fondaco in Messina. From then on, he showed his work on countless occasions, in solo events such as those at the Galleria del Vantaggio (Rome, 1964), Galleria Indipendenza (Bologna, 1966), Galleria Nuovo Vertice (Rome 1972 and 1981), Galleria San Michele (Brescia, 1973 and 1976), Galleria Cefaly (Catania, 1986, 1991 and 2002), and Galleria Fidia (Rome, 1987 and 2004), and in group shows and painting competitions in Italy and abroad. Recent exhibitions include: Tutta la vita, curated by Davide Ferri, SpazioA, Pistoia, 2016; Back to the future, Artissima, Torino, 2017.

From 1957 to 1980 he was the secretary and also the life and soul of the Billa San Giovanni painting prize, which in its various editions saw some of the greatest Italian artists and critics of the second half of the twentieth century.