Capitain Petzel presents a Studio Exhibition with the Hong Kong artist and composer Samson Young (b. 1979). At the heart of this presentation is a row of 3D-printed blocks called Support Structures, a series in which Young explores the remnants of 3D-printing technology’s production processes. As Young explains, “for this series, I modified the support structures needed for past works, to look like landscapes or buildings. I have control over the form of the 3D model that the machine aims to produce, but very little control over how these support structures turn out.” 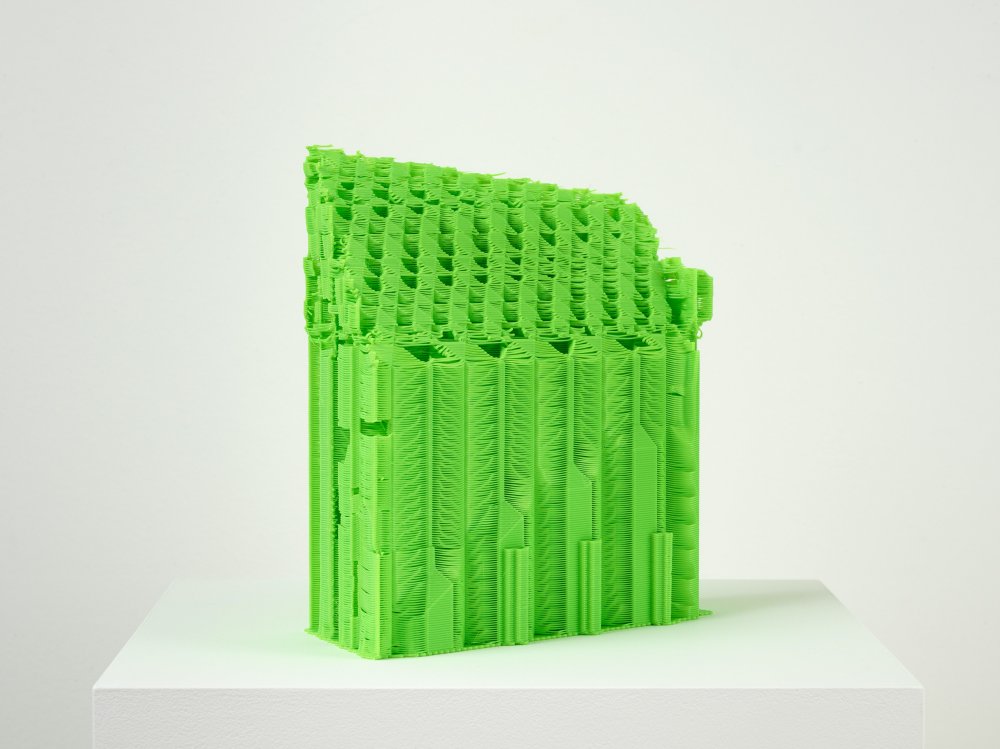 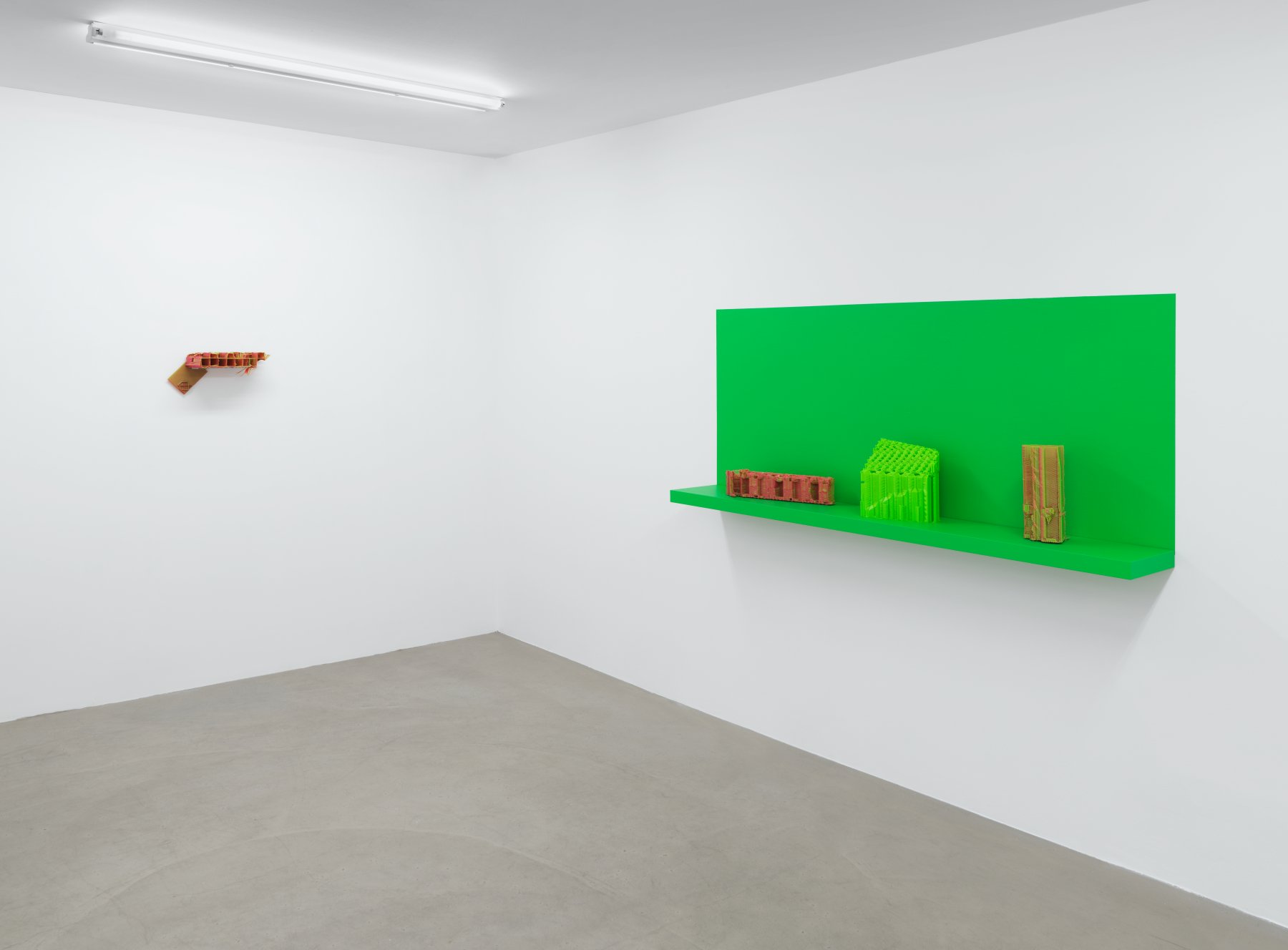 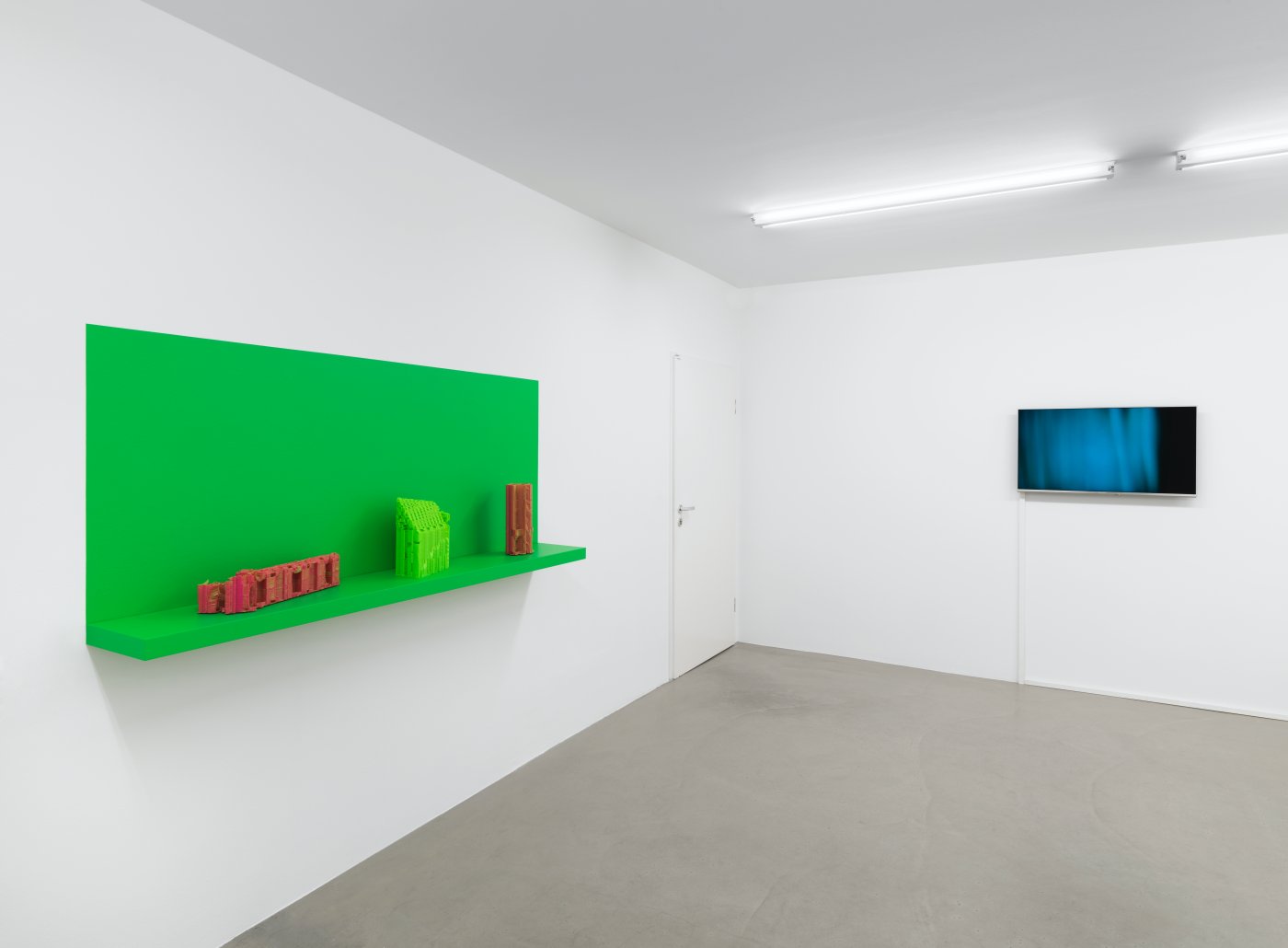 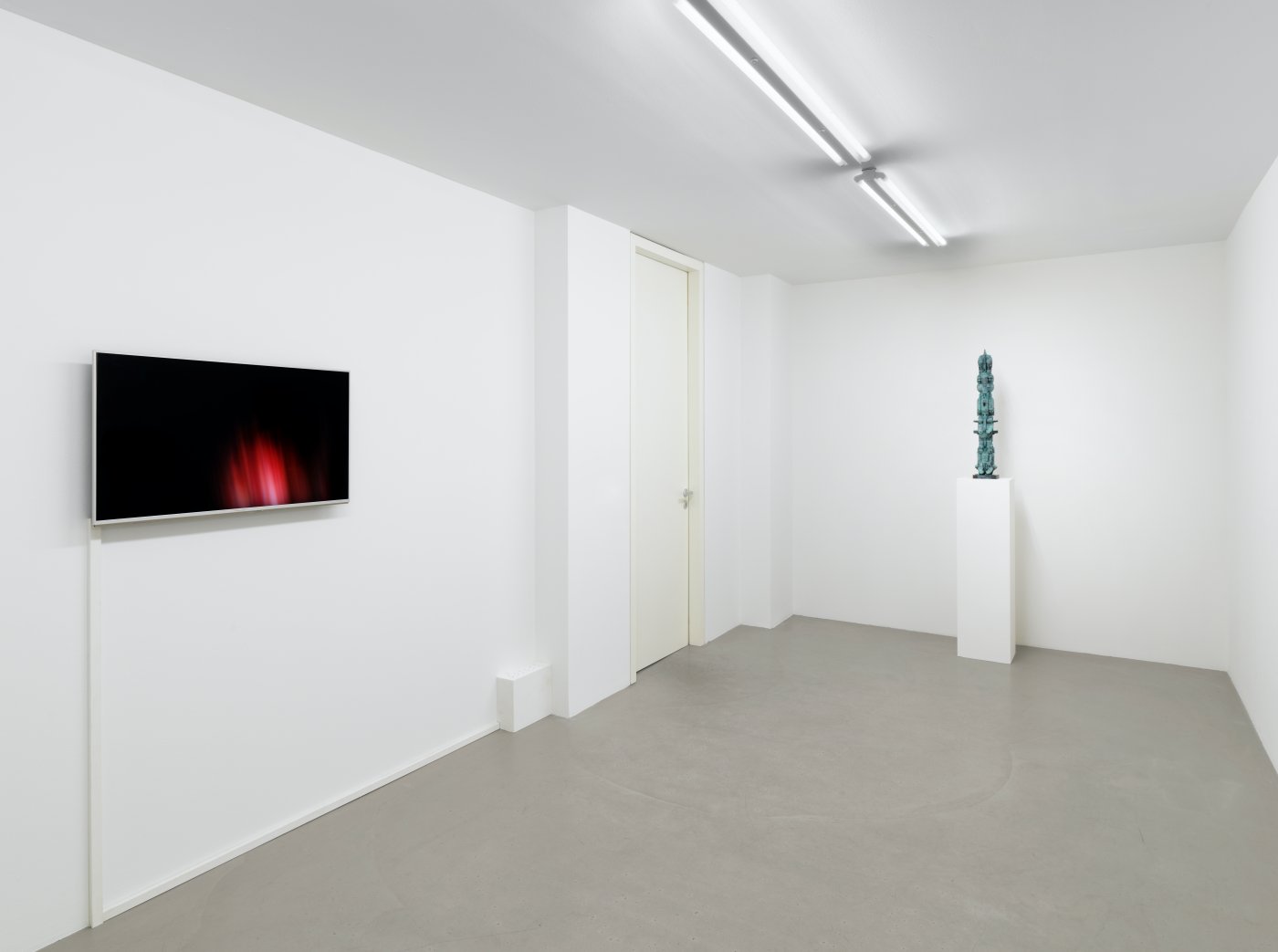 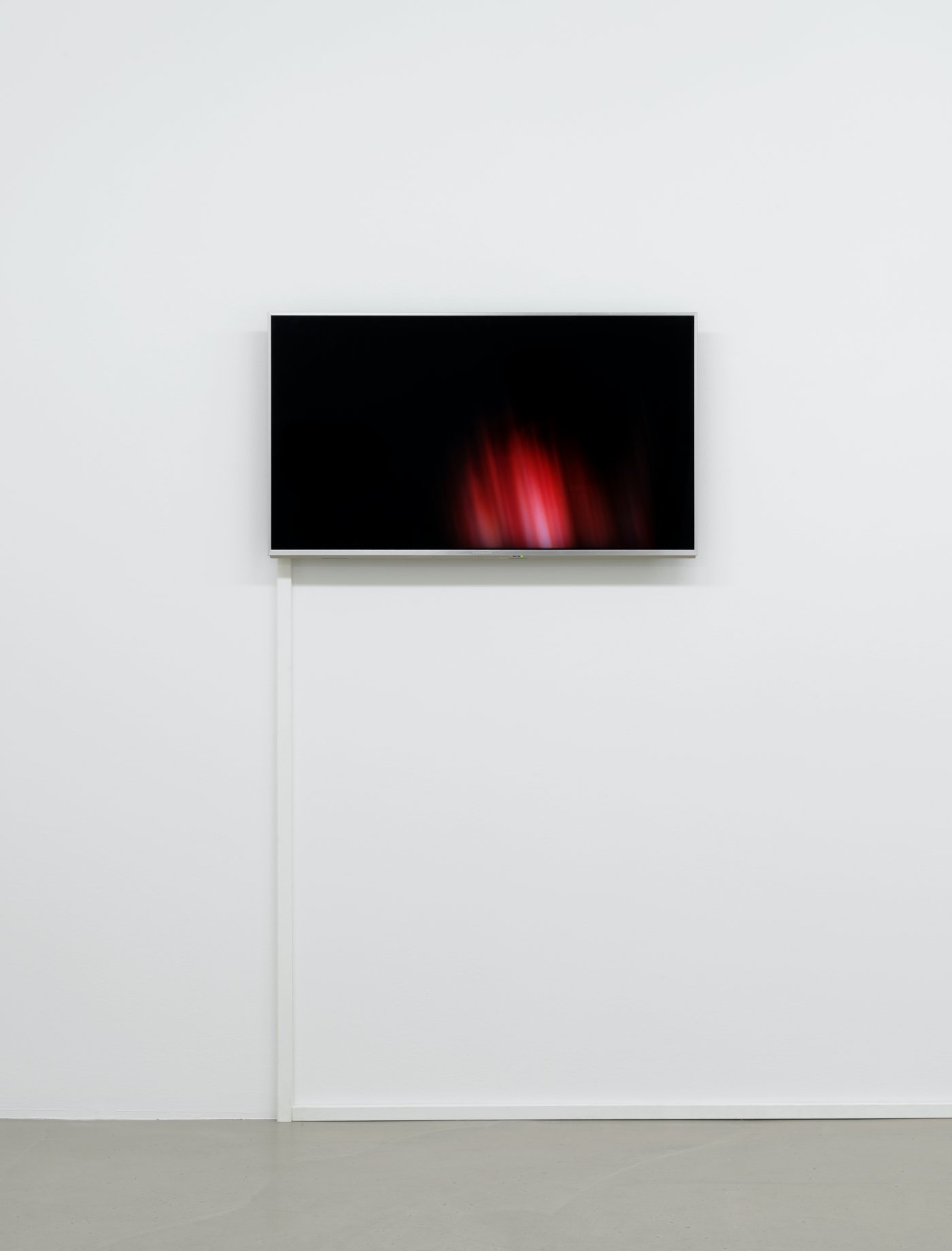 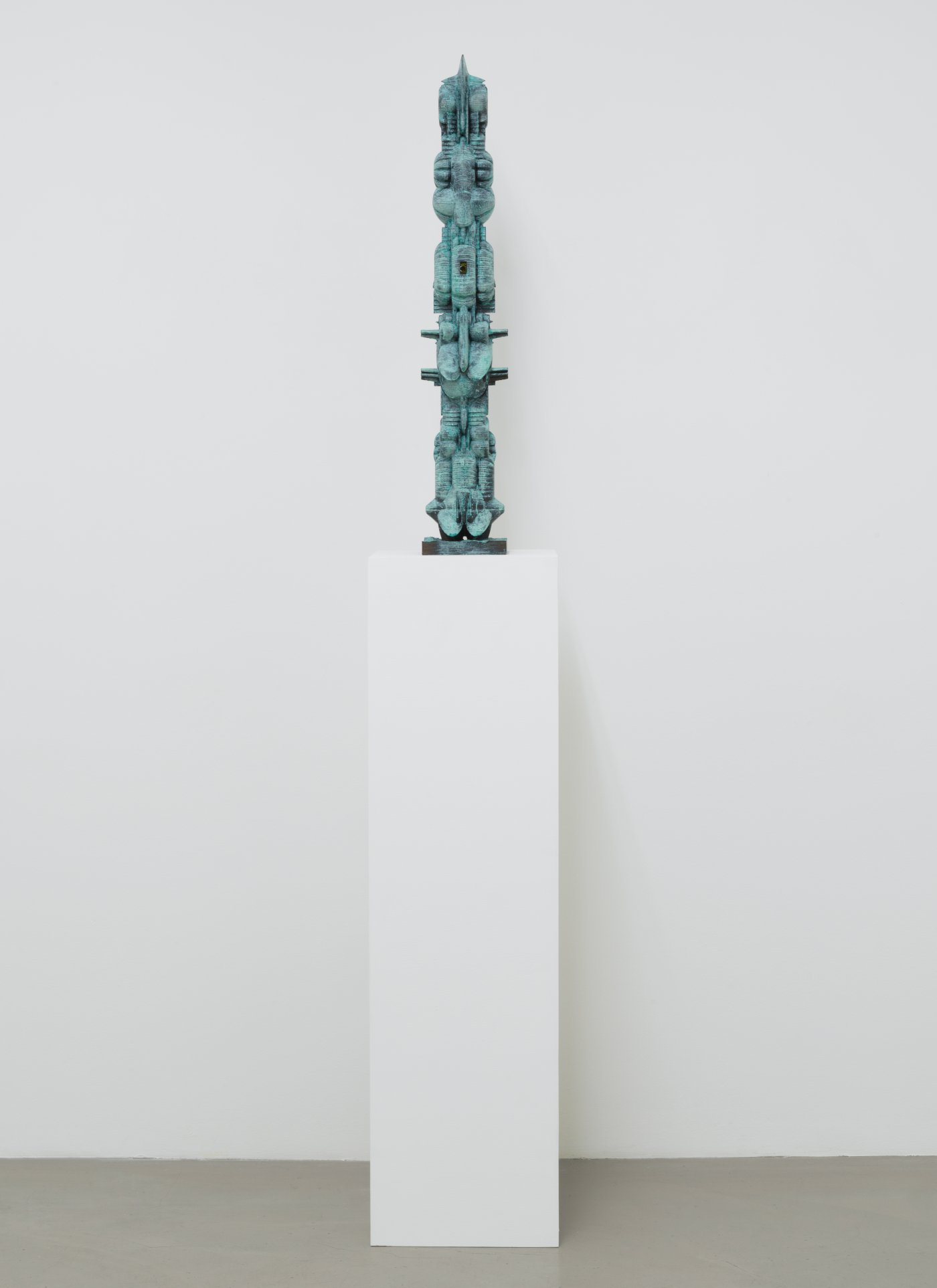 Young similarly explores generative processes, and the interfacing of the digital and the physical in his new work DAO35, which is shown for the first time in this exhibition. This work belongs to a larger constellation of works-in-progress centered around Lao Tzu’s Tao Te Ching – a classical Taoist text from the 6th century BC. In the making of this series, the artist assigned a shape to each phoneme by implementing Paul Bourke’s “super-shape formula” – an algorithmic framework for describing shapes in nature. Then, a randomly selected chapter would run through a program authored by the artist, which would filter out the nouns, the nouns’ phonemes, and assign to them the predetermined forms, stringing them into a shape. This final output – the agglomeration of individual phoneme forms – is further modified before it is 3D-printed. Adhering to his multimedia practice, Young has included in the sculpture electronic components which, in response to surrounding sound levels, displays a visual glitch of the text.

On view as well is Samson Young’s video work Screensaver. The work was made in response to an incidence when PBS (a major US broadcasting service) had shown archival footage from previous years’ firework shows in a ‘live’ broadcast, as poor weather conditions had affected the quality of 2016 display. The artist collected footages of the broadcast in question, and altered them into pulsing lines and colors by zooming into the image. The soundtrack of Screensaver consisted of a computer-generated ambient composition, and a recording of reactions to the visuals, performed by members of Hong Kong Voices – a Hong Kong-based chamber choir. The results are combined into a working computer-screensaver.