Pace Gallery presents Sam Gilliam: Late Paintings, a landmark exhibition of late works by one of the most celebrated figures in post-war American art. 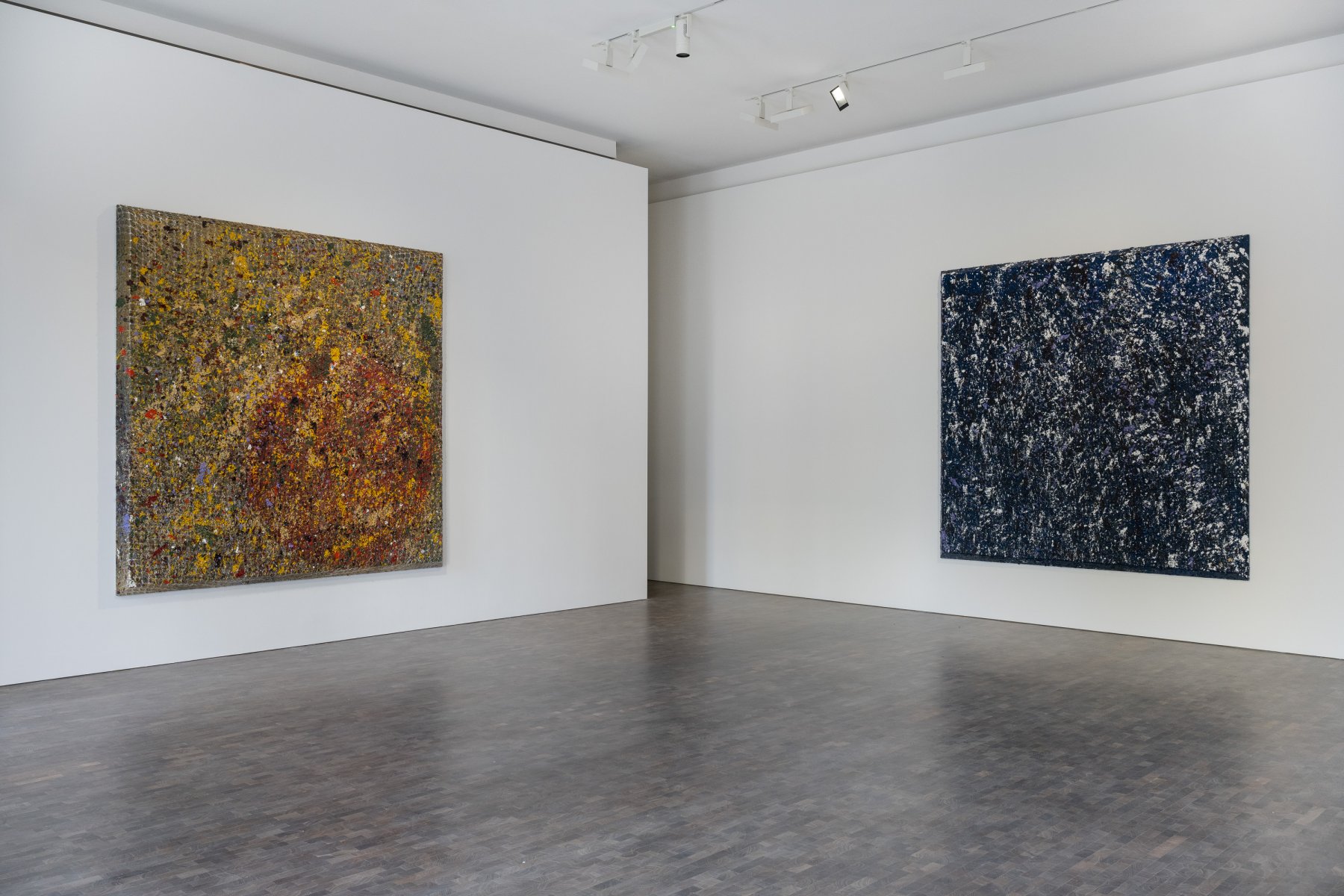 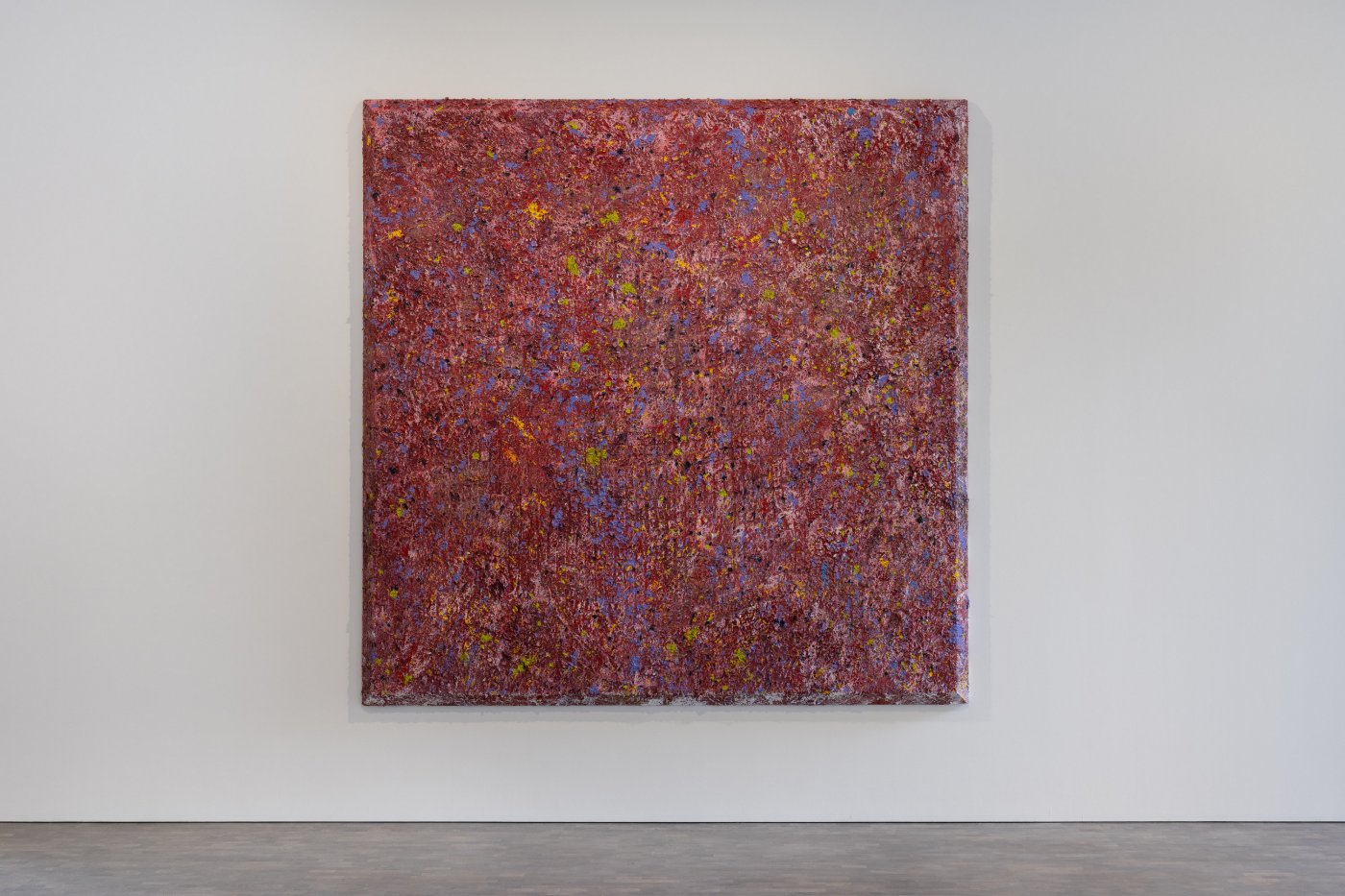 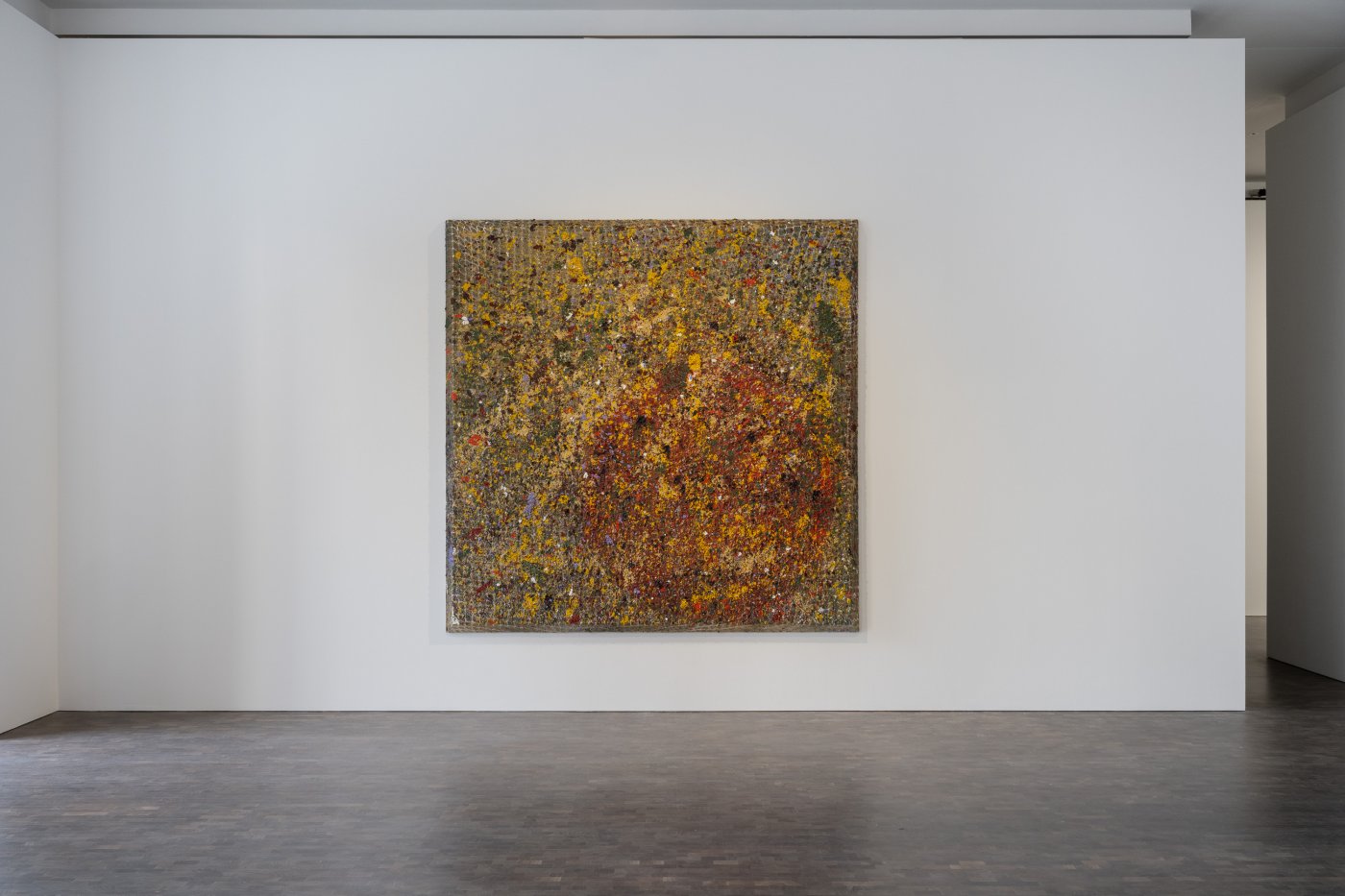 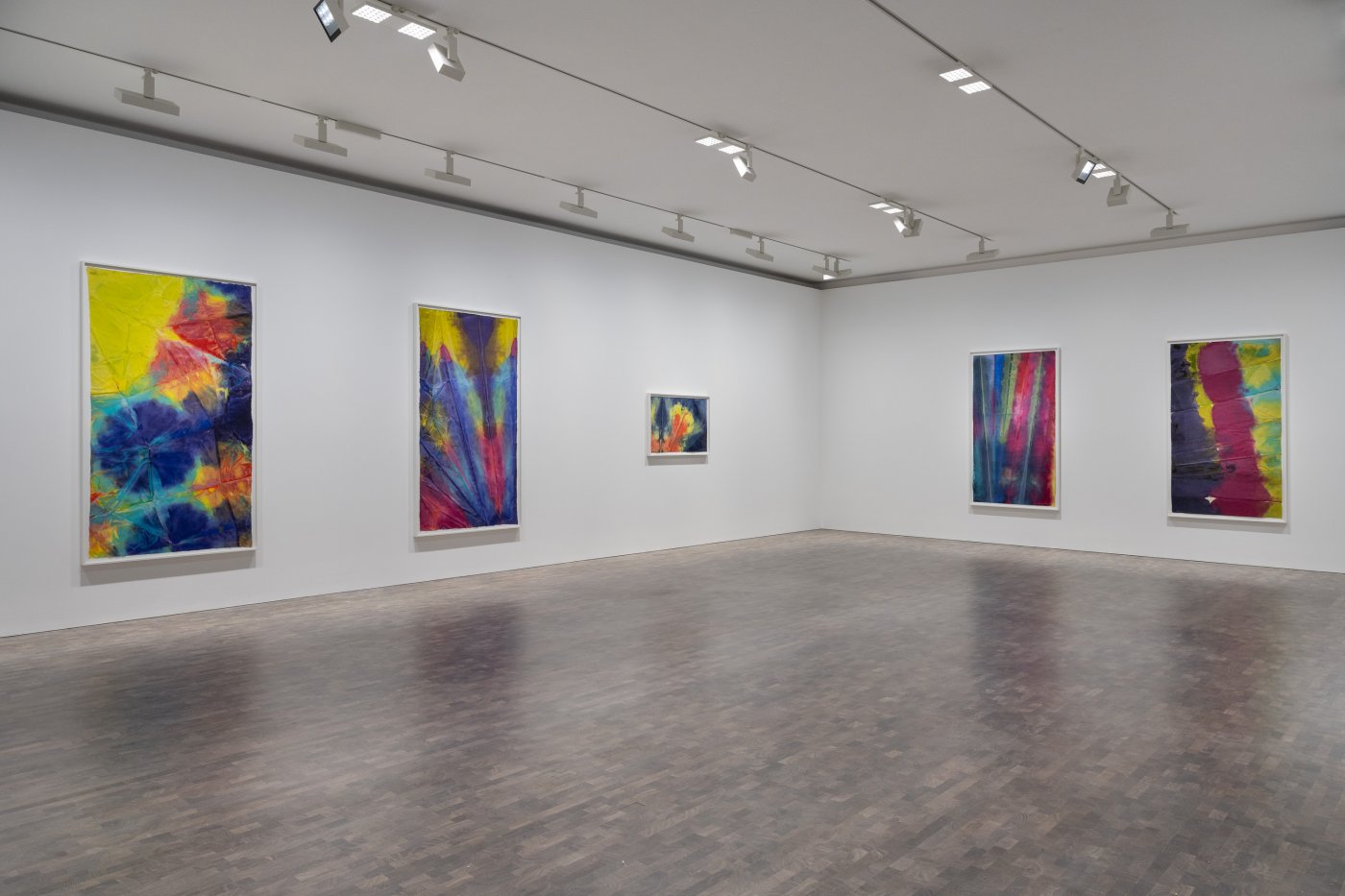 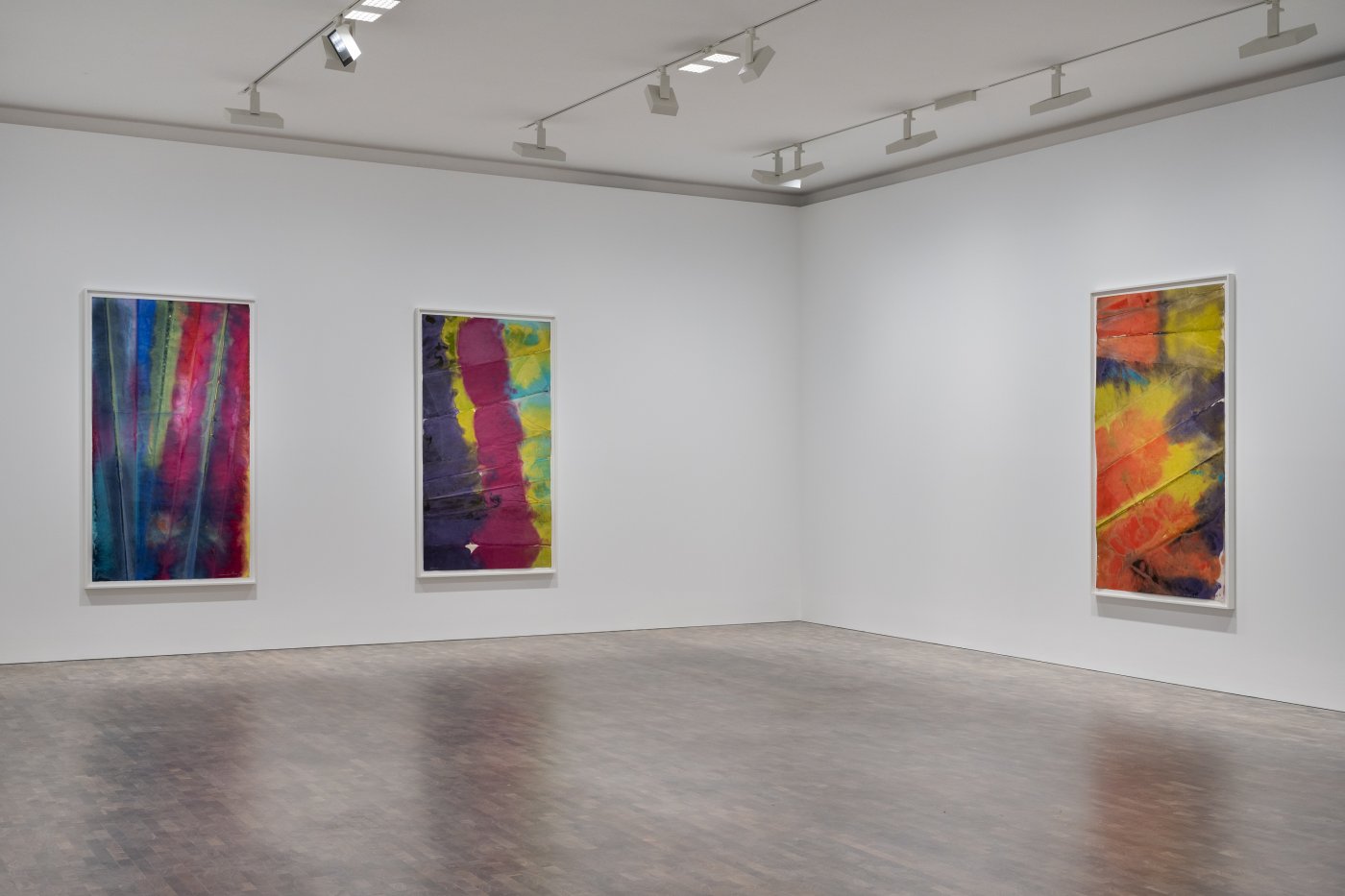 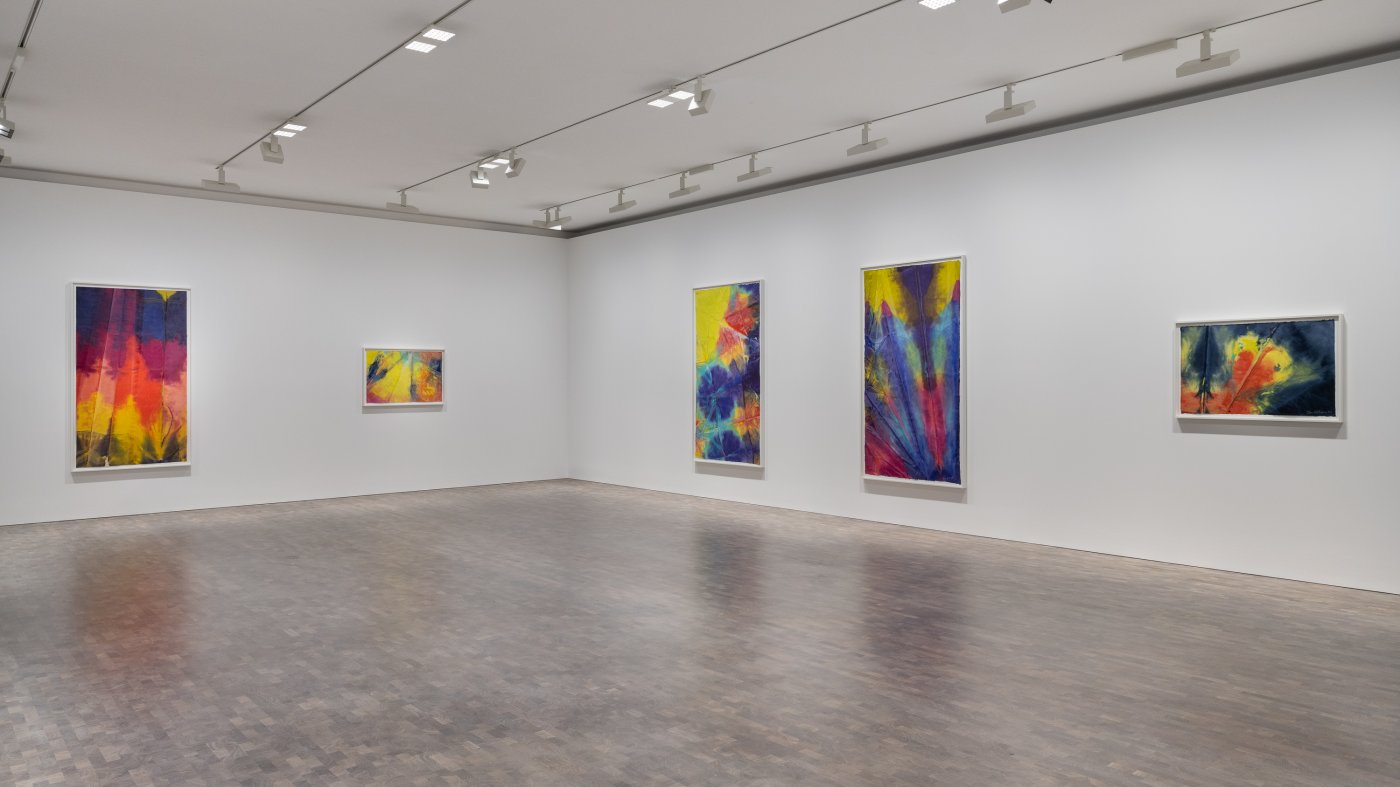 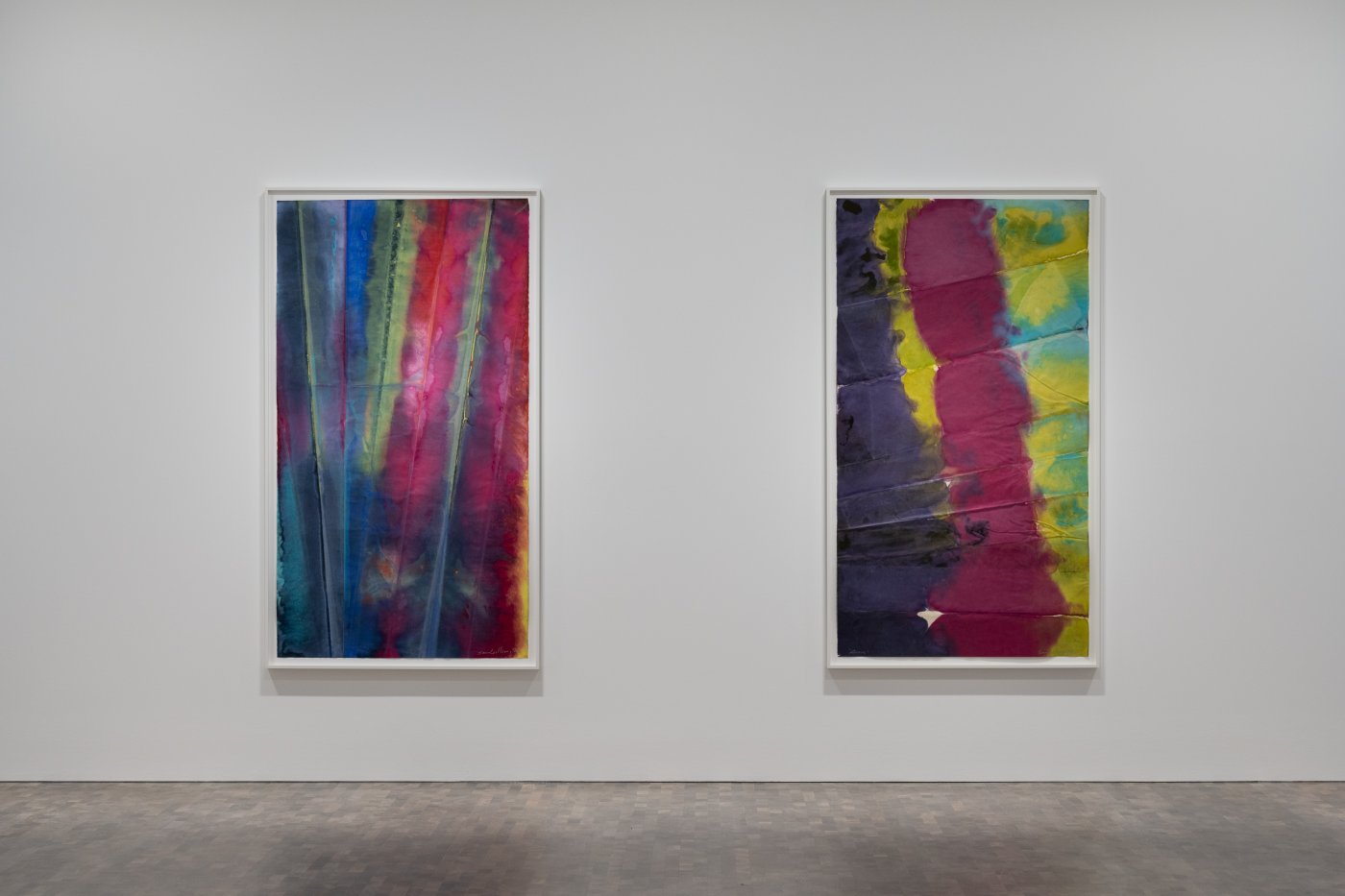 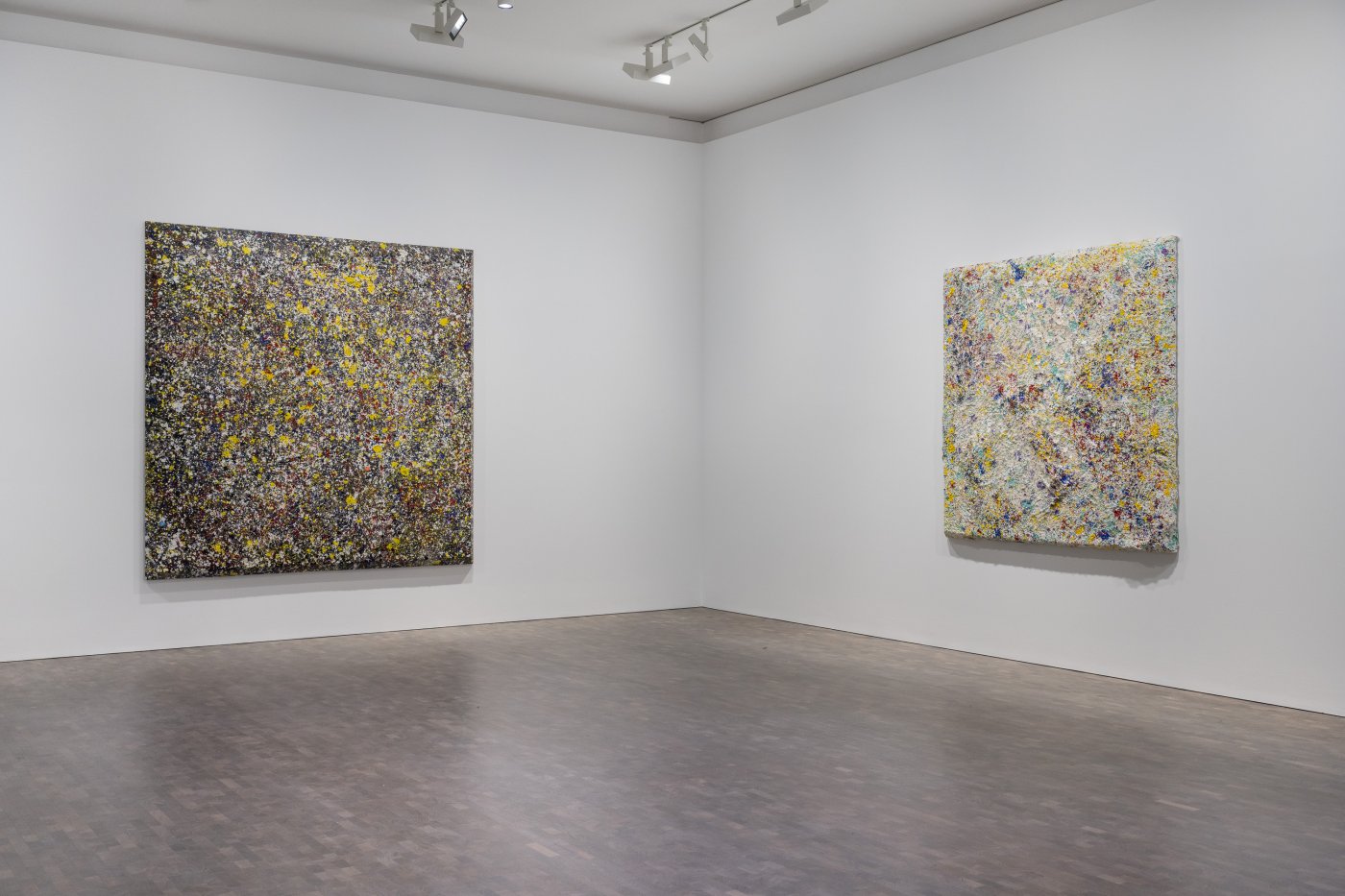 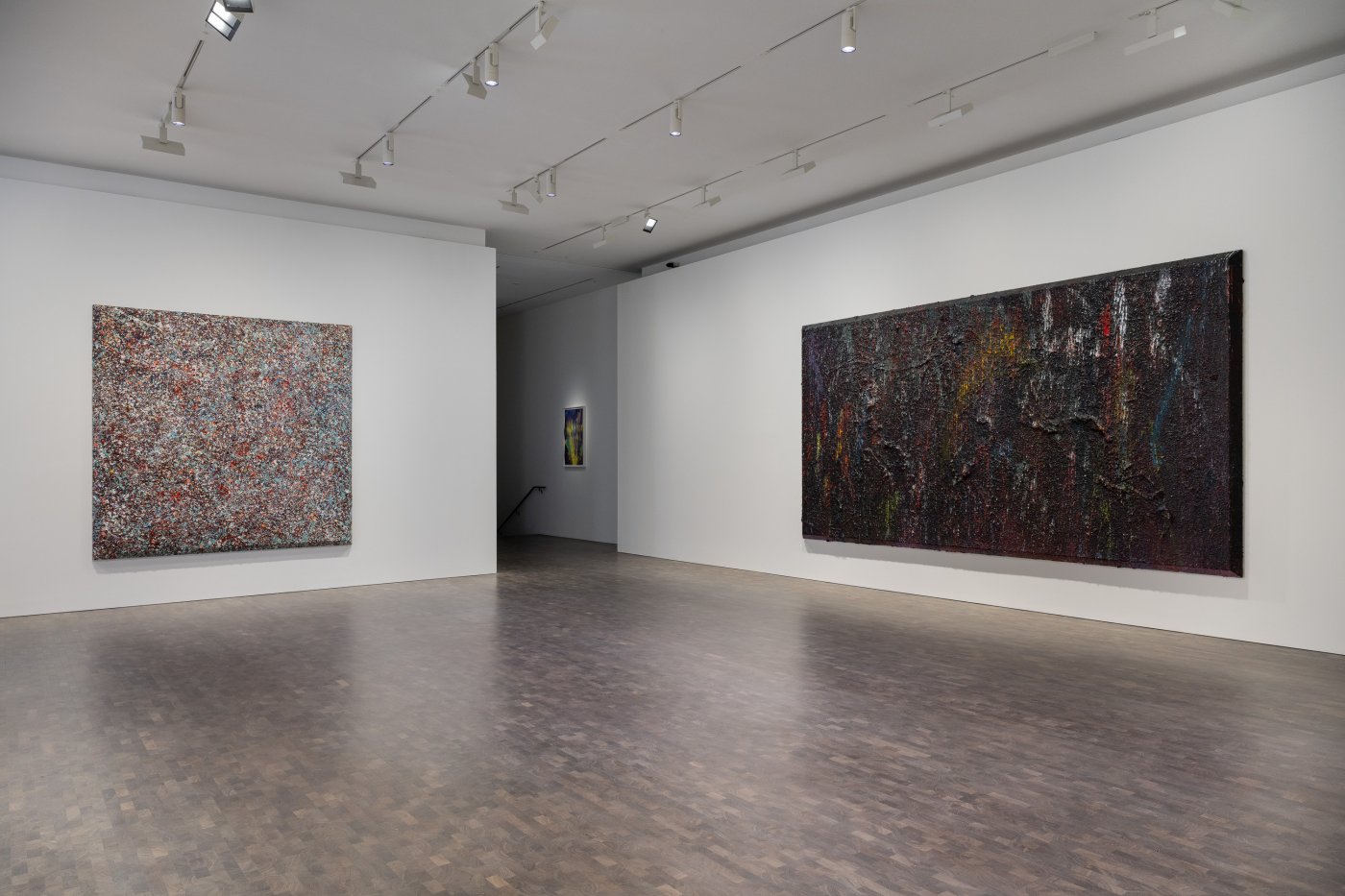 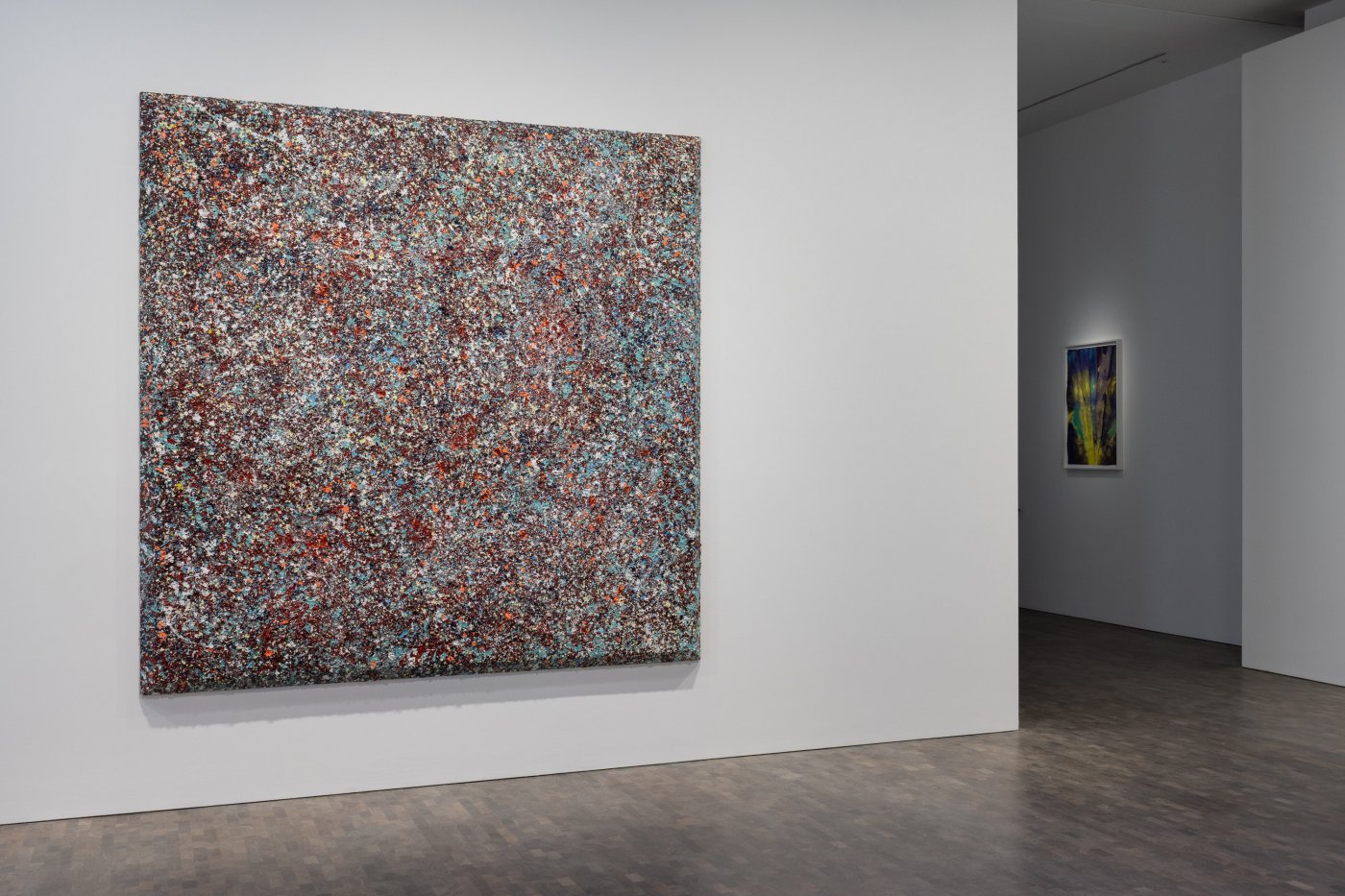 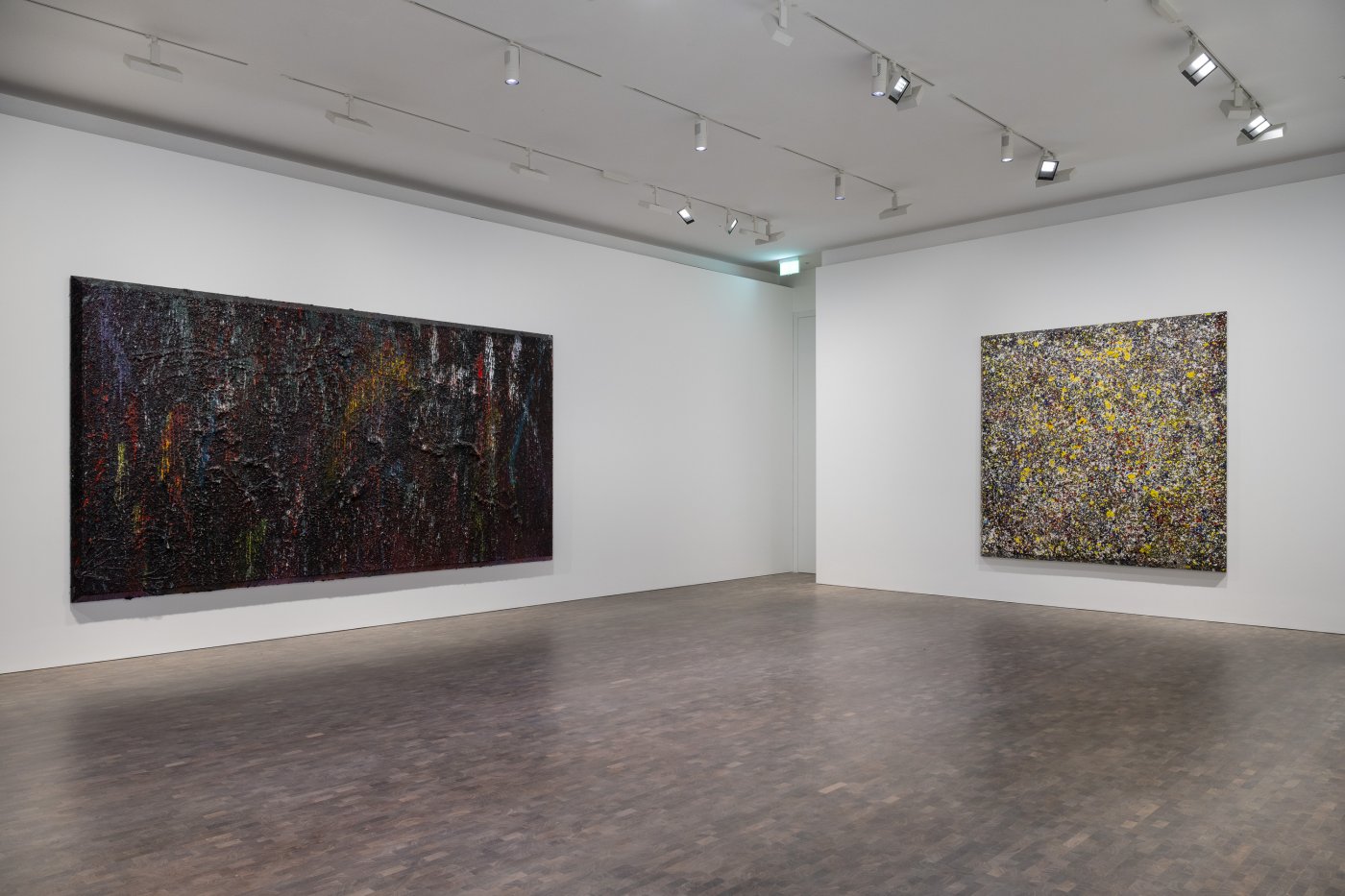 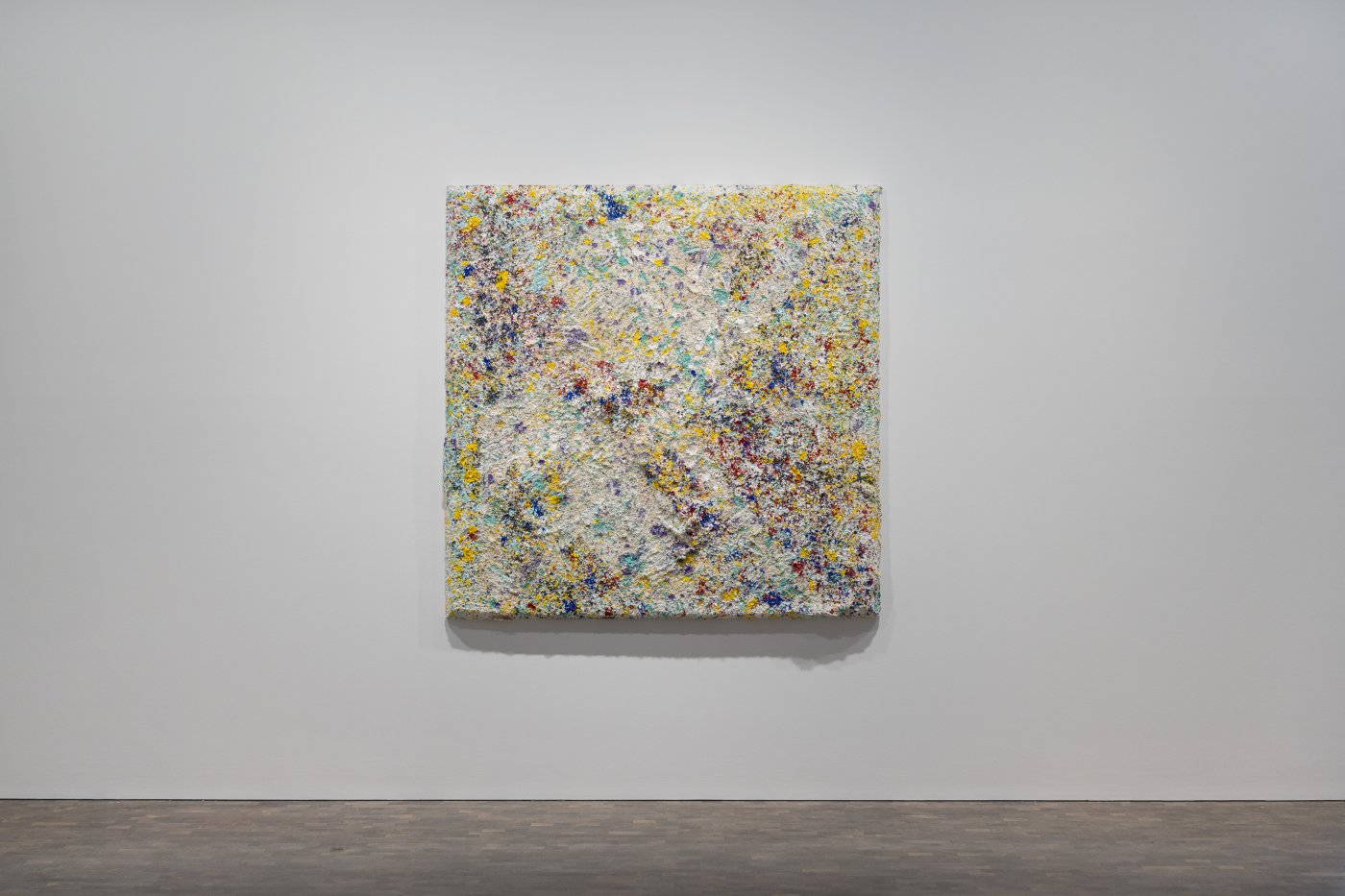 Debuting a suite of large-scale paintings and works on paper executed in the last two years of his life, Late Paintings is a testament to Gilliam’s remarkable and unflagging commitment to abstraction. Conceived together with the artist prior to his death in June of 2022, the exhibition occupies the entirety of Pace’s Hanover Square gallery. It marks Gilliam’s first ever solo presentation in the United Kingdom.

Throughout his nearly seven-decade career, Sam Gilliam invented and continuously reinvented a singular and deeply influential approach to abstraction, working both with paint and with the canvas itself in radically new and revolutionary ways. A leading member of the Washington Color School in the 1960s, Gilliam’s paintings, sculptures, and installations continued to draw on myriad influences including music, poetry, and politics throughout his career. For Gilliam, art and life were inextricably entwined—the world of his paintings flowed directly from the dramatis personae of his own social and familial existence. The titles of his artworks make reference to a wide range of aspects from everyday life: significant sites of memory; cultural icons from music, poetry, and popular culture, from Ornette Coleman to Beyoncé; and most of all close friends, family members and loved ones, in particular the artist’s wife, Annie.

The monumental late paintings embody the apotheosis of Gilliam’s work with the bevelled-edge canvas, which he pioneered in the late 1960s. His late abstractions are material landscapes, built up from fields of densely layered and richly saturated pigment, applied through a vast range of expressive gestures and experimental techniques of mark-making. The extraordinary surfaces of Gilliam’s paintings buzz with materiality, achieved through the alchemic mixing of acrylic paint with a wide variety of non-traditional agents and materials, from sawdust to powdered metals. Gilliam manipulated the wet surfaces using a range of everyday tools and innovative techniques, from fishing net to garden rakes, scraping away and scoring the layers of pigment to produce a dazzling range of chromatic and formal interactions. The resulting compositions vibrate, suggesting the raw energies of nature itself.

Gilliam developed the bevelled-edge paintings in tandem with his Drape series, in which he freed the canvas from its support, treating painting as a sculptural object by draping the work in cascading folds suspended in space, eschewing conventions of painting’s edges, front, or back. Gilliam’s concurrent experimentation with shaped supports pursued a parallel path that was similarly concerned with painting’s objecthood and its material presence: the bevelled-edge paintings, in which he stretched canvas over a bespoke strainer, imbue these wall- bound abstractions with a sculptural immediacy that makes physical the ecstatic and visceral possibilities of color. Finding kinship in the improvisatory spirit of jazz, which also embraces chromatic invention, Gilliam’s painting was intuitive, bodily, and responsive. “The studio is as much of a performance space as it is a painting space,” Gilliam once explained.

For Gilliam, abstraction was never merely formalism; color, gesture, and materiality offered a means for exploring fundamental questions about what it meant to be human. Throughout his career, Gilliam often hinted that although his paintings were entirely abstract, they remained rooted in the specificity of his own particular experiences as a Black artist born and raised in the American South in the 1930s and 1940s. During the late 1960s, Gilliam’s radical departure from hard-edged Color Field abstractions toward a new, freer mode of experimentation coined with radical upheavals in American society and politics, in particular the seminal events of the Civil Rights movement, to which the titles of several works of the period make reference.

In addition to large-scale acrylic on canvas paintings, the exhibition also includes a suite of Gilliam’s masterful watercolors on washi paper that relate to his ongoing Slice series, which he also began in the late 1960s. Throughout his career Gilliam developed a practice of creating works in watercolor on paper, which explore the medium’s distinct material properties. Over the last several decades of his life, Gilliam worked with a specialist paper supplier in Japan to achieve a precise quality of washi that was delicate enough to hold pigment in its purest state and durable enough for him to fold and paint in a manner reminiscent of his Slice paintings on canvas, as if it were “origami, or even ritual games I would play as a kid, like a cat’s cradle, a game with strings,” Gilliam explained, before soaking the support in rich, jewel-toned pigments. Once unfurled, the large-scale works reveal dynamic, vibrant compositions that represent a masterfully orchestrated collaboration between the careful calibration of color and the spontaneous irruption of form.