A arte Invernizzi presents a solo exhibition of works by Salvatore Scarpitta. 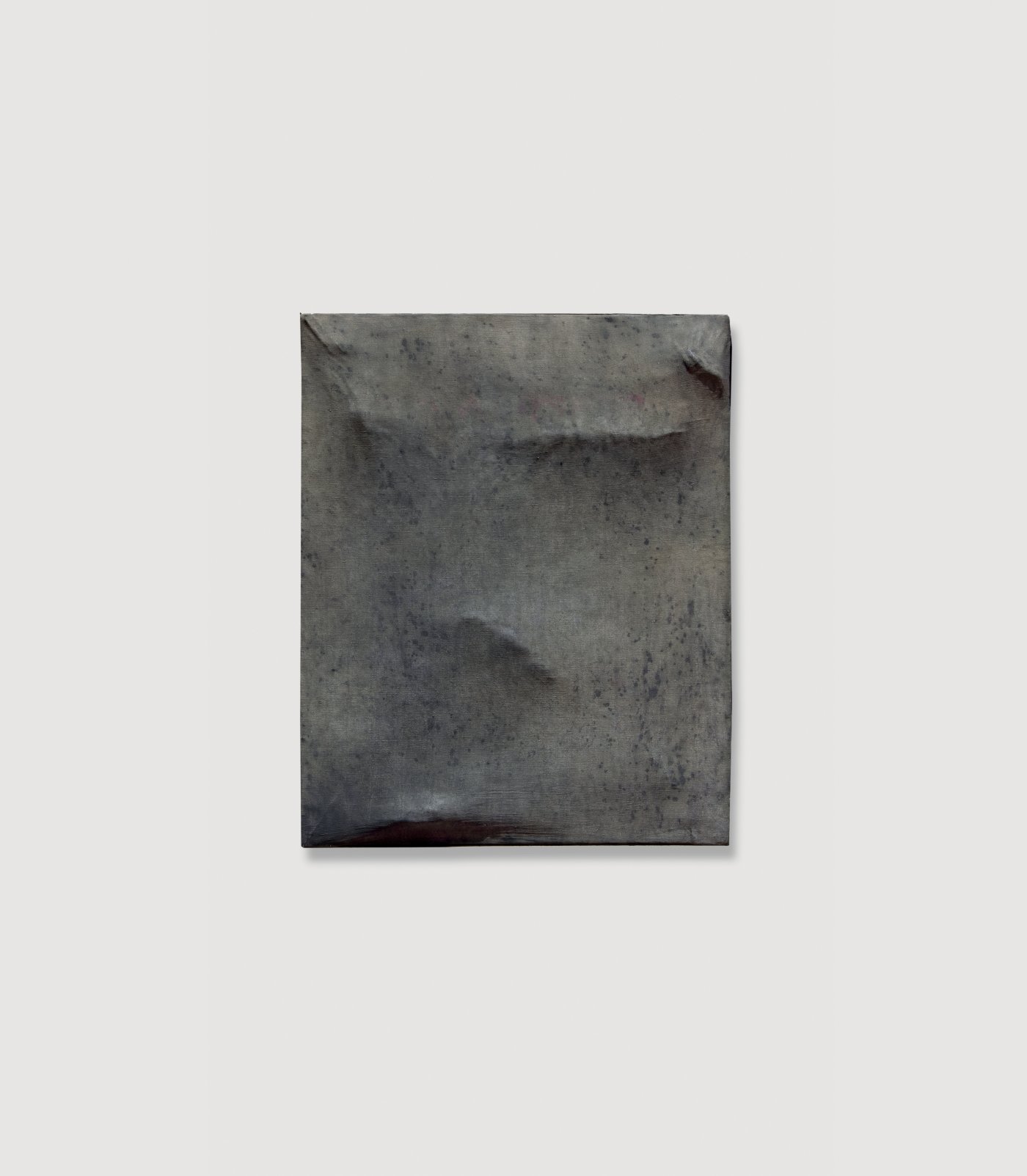 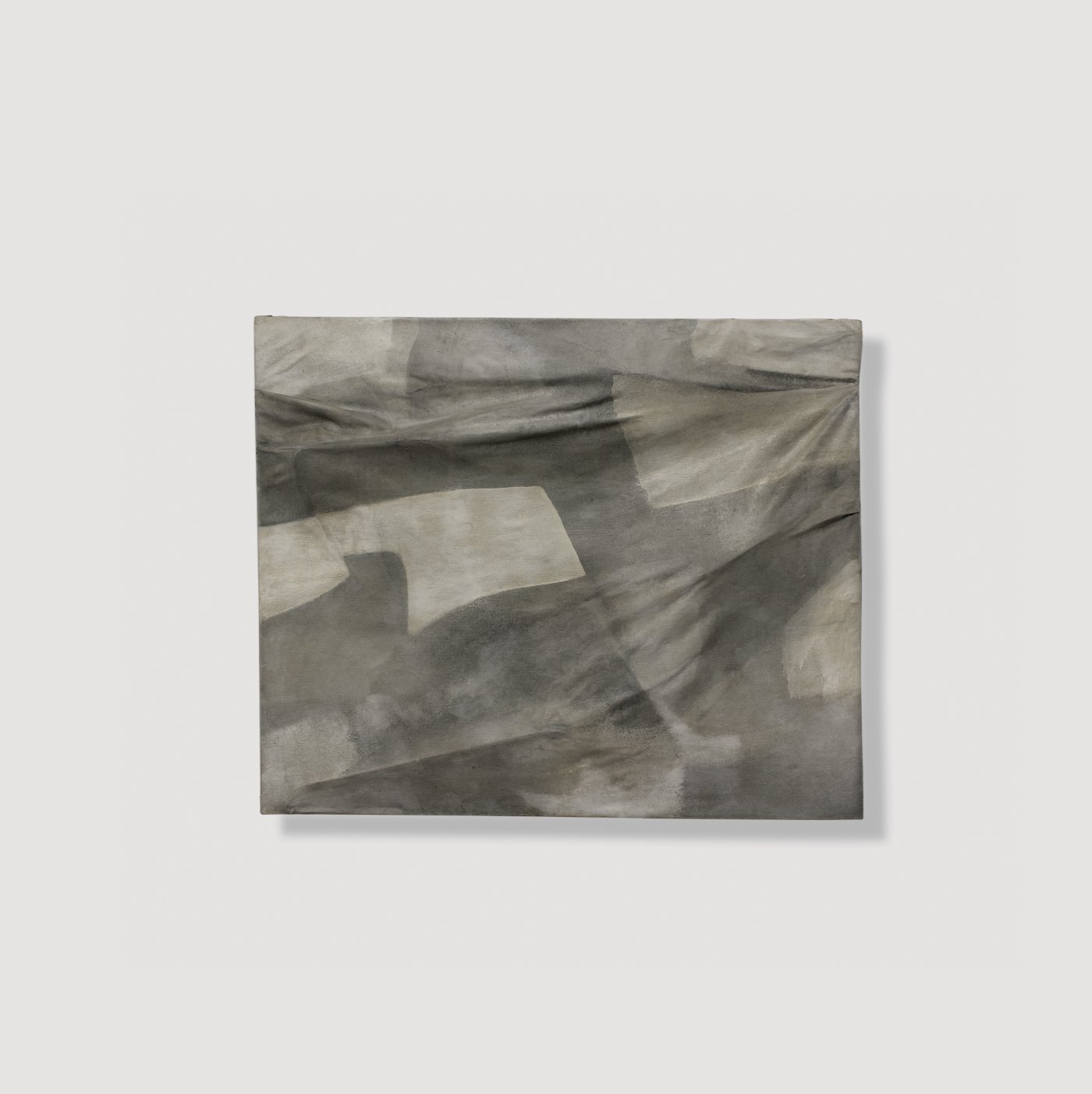 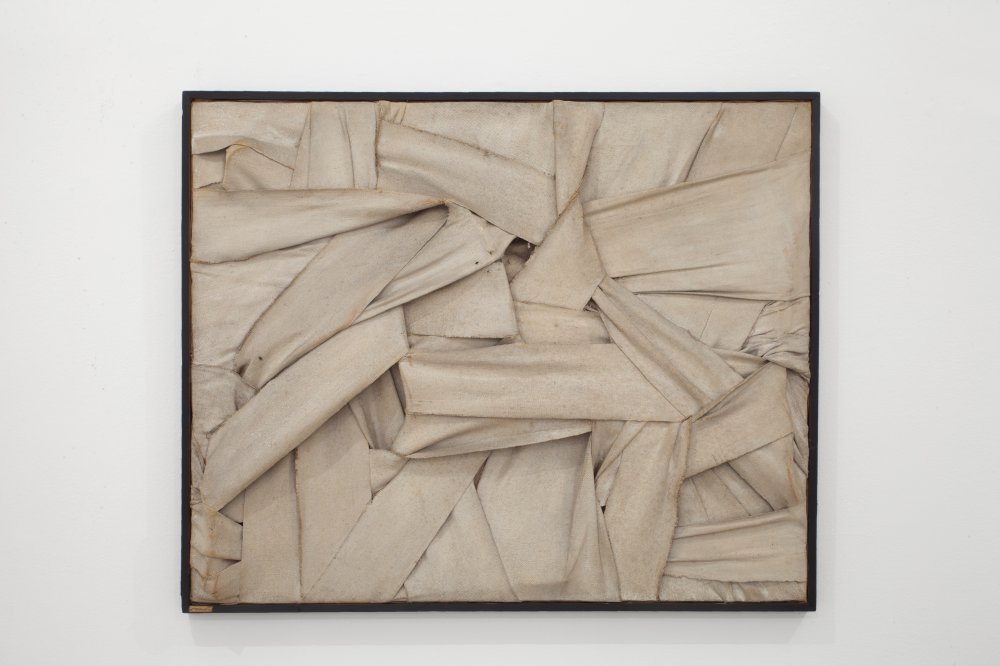 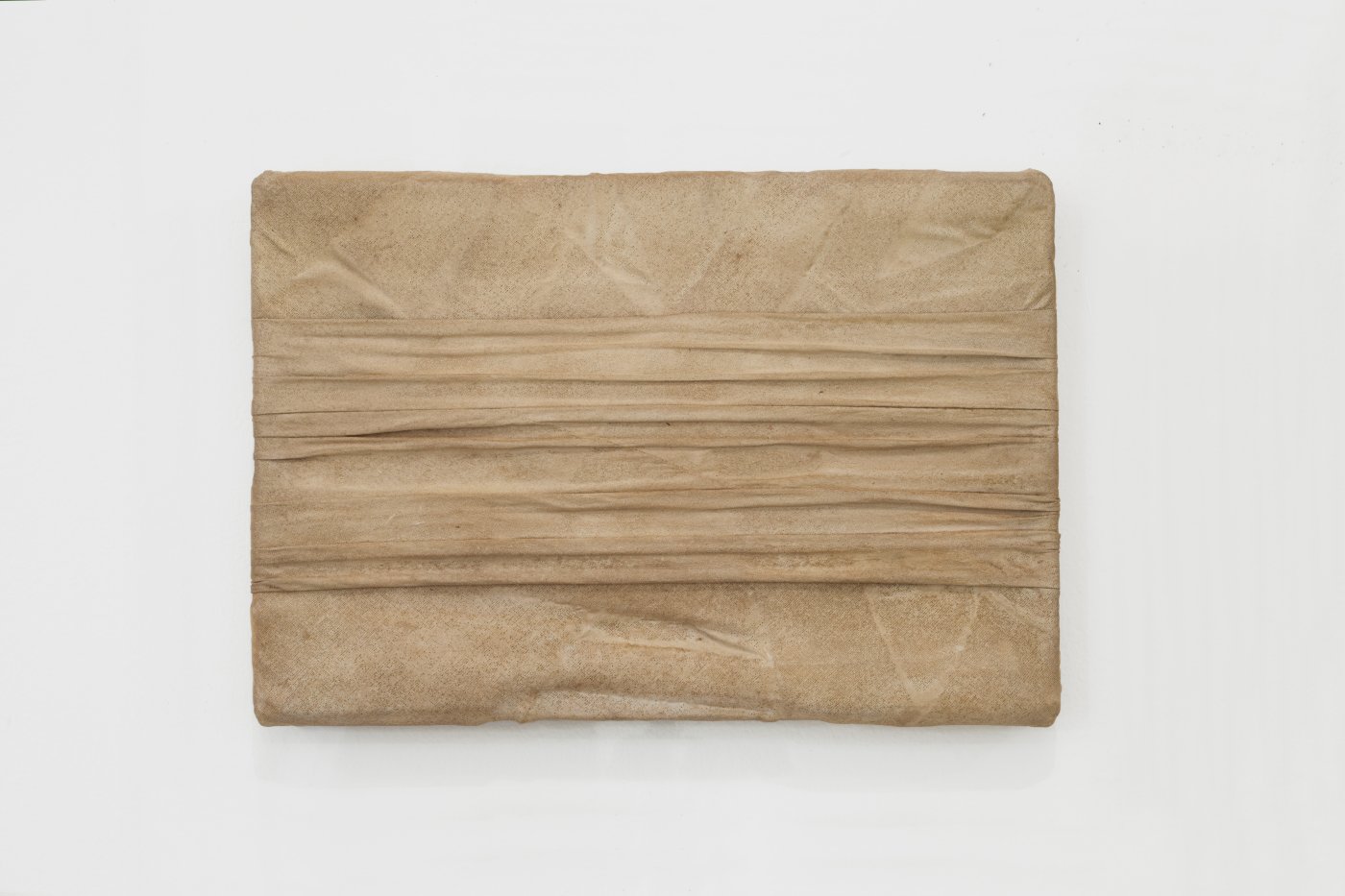 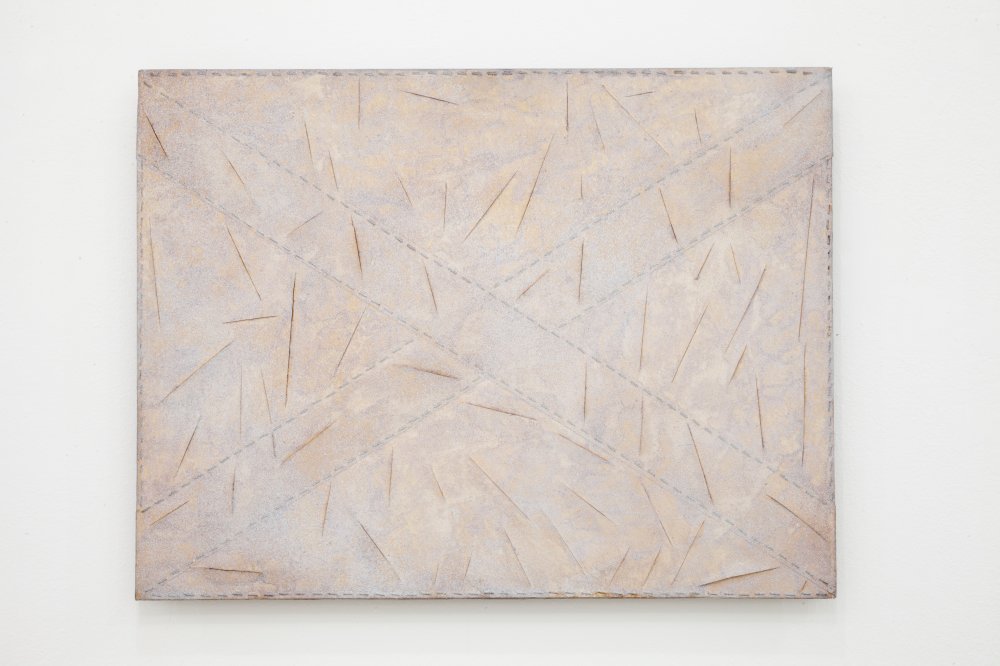 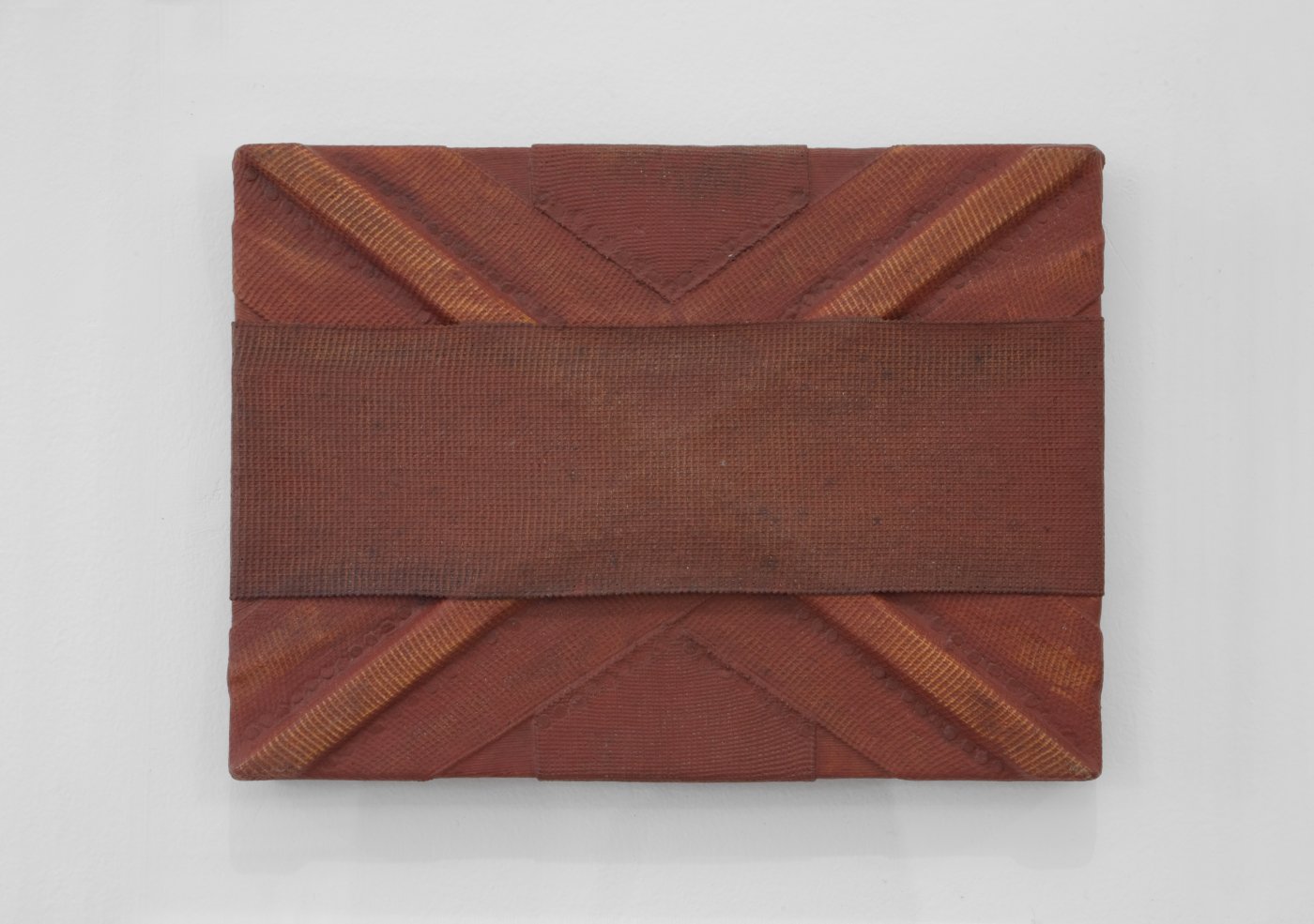 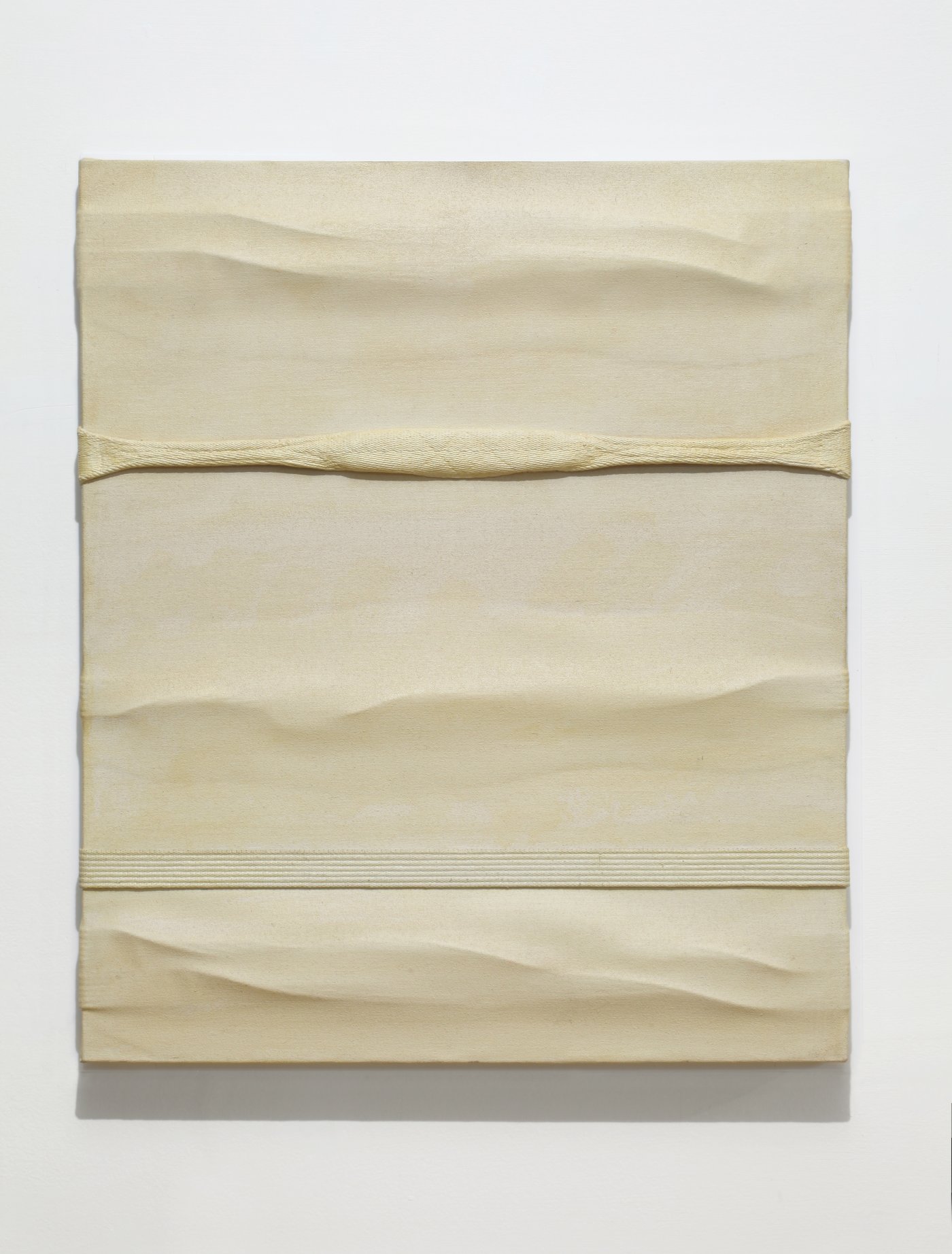 Canvas and mixed media on board
67 x 57 cm
Courtesy A arte Invernizzi, Milano 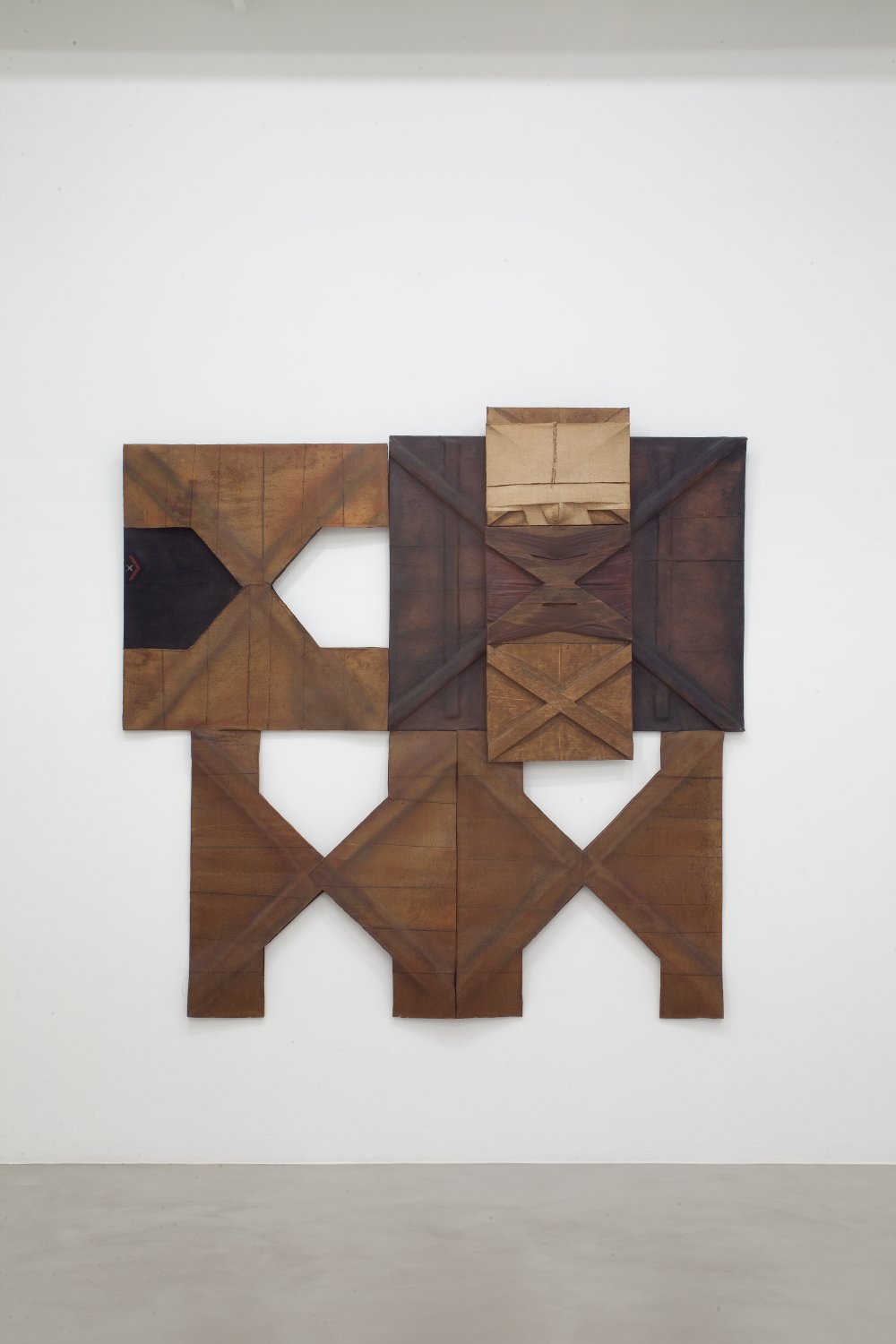 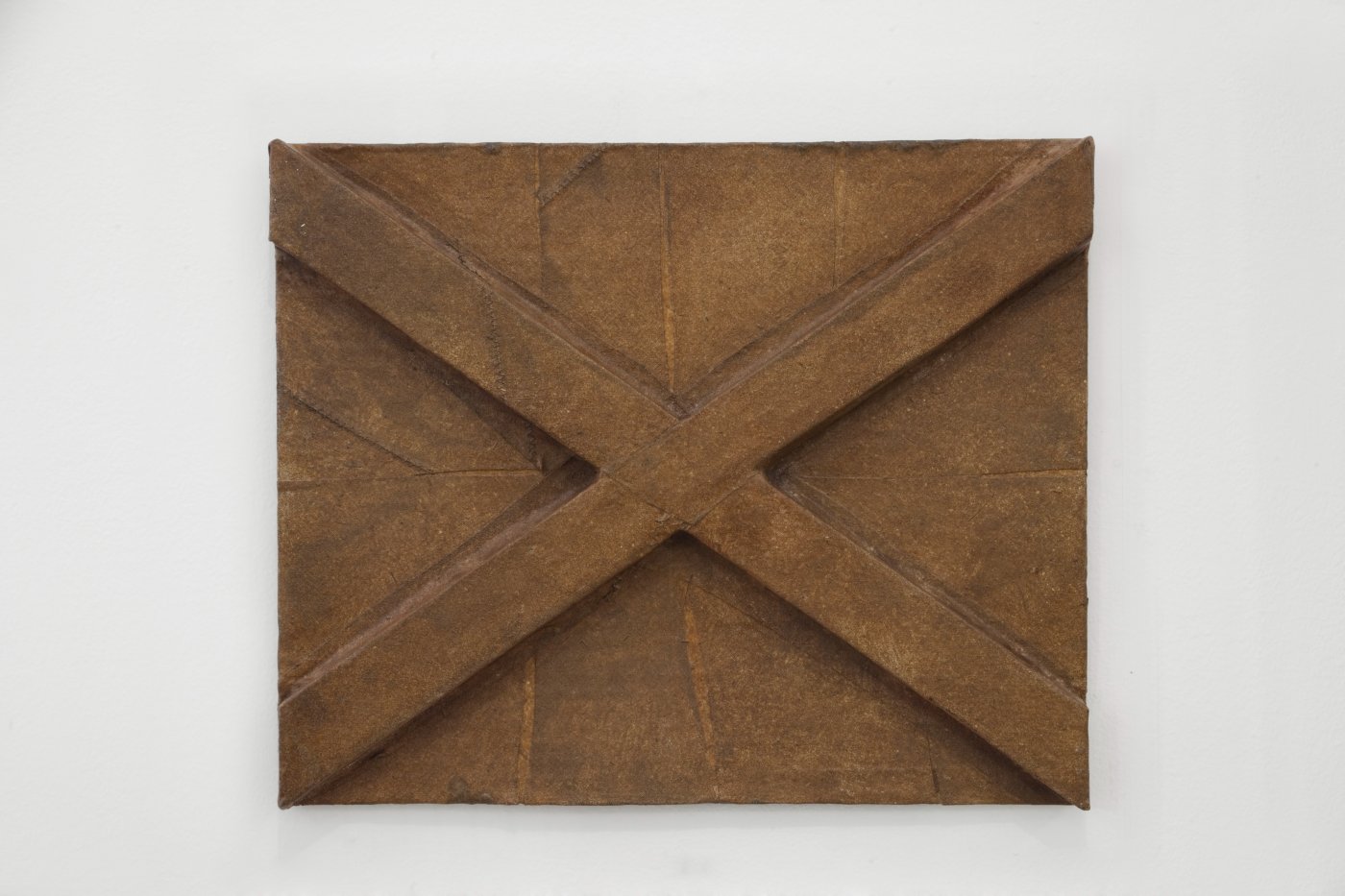 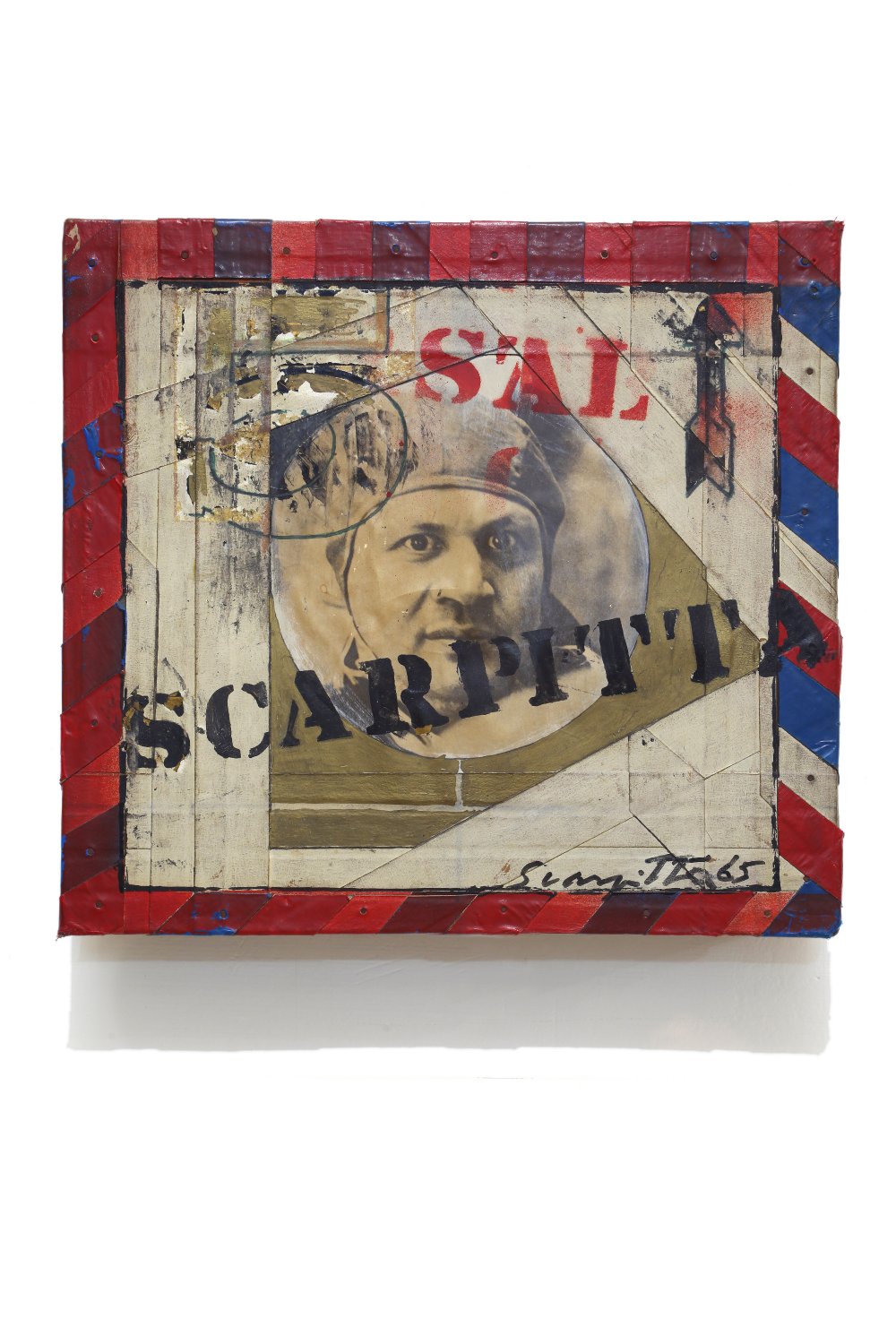 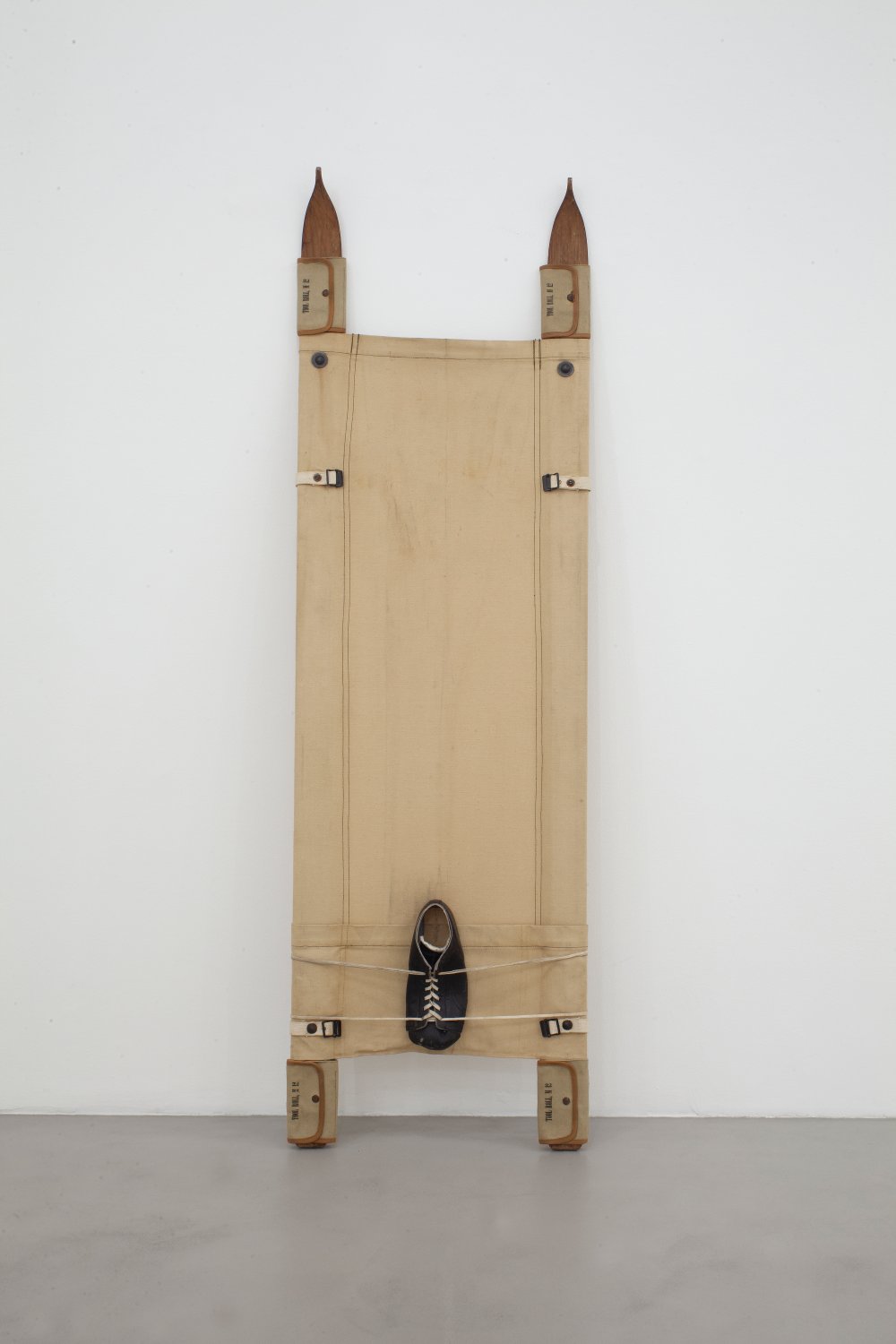 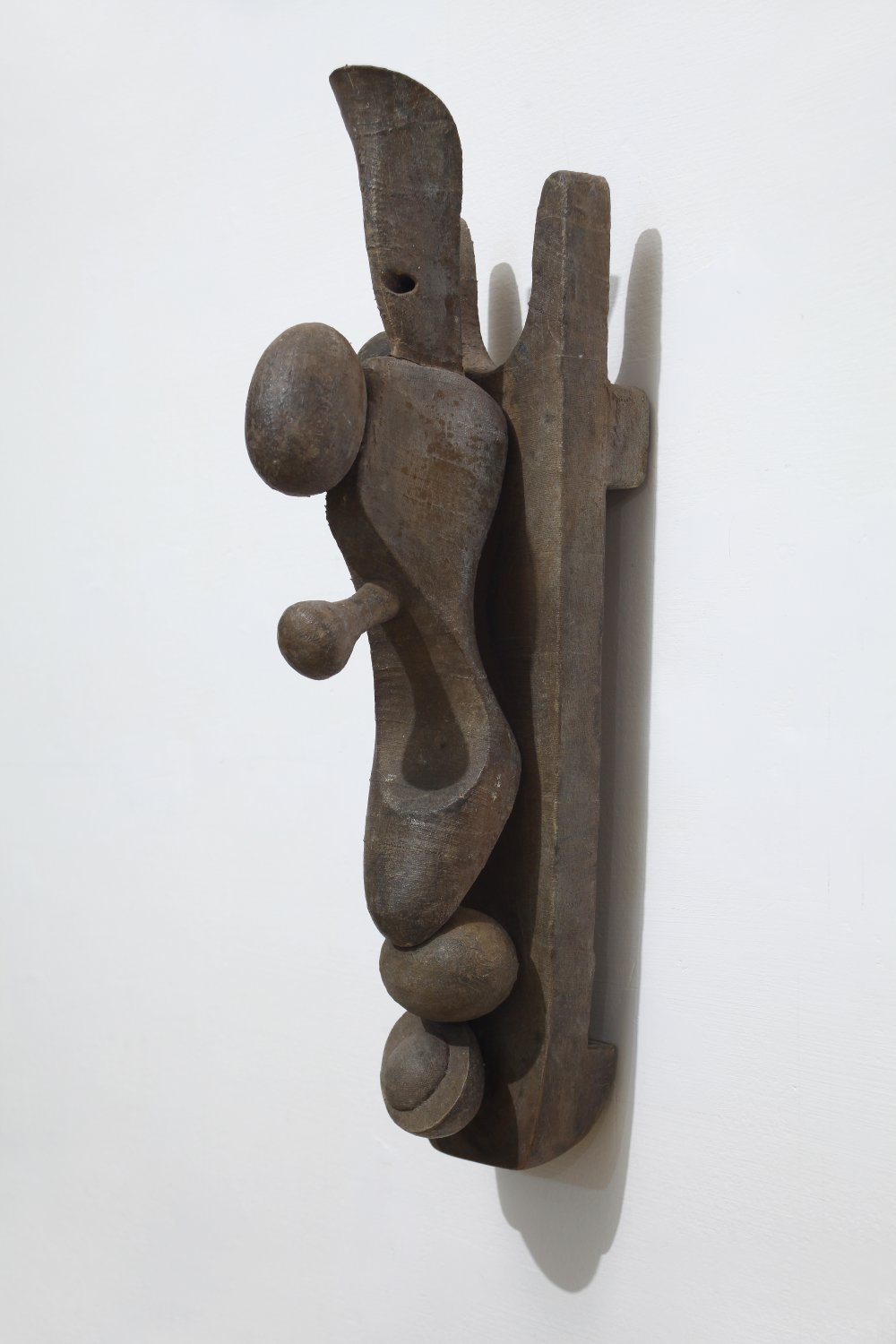 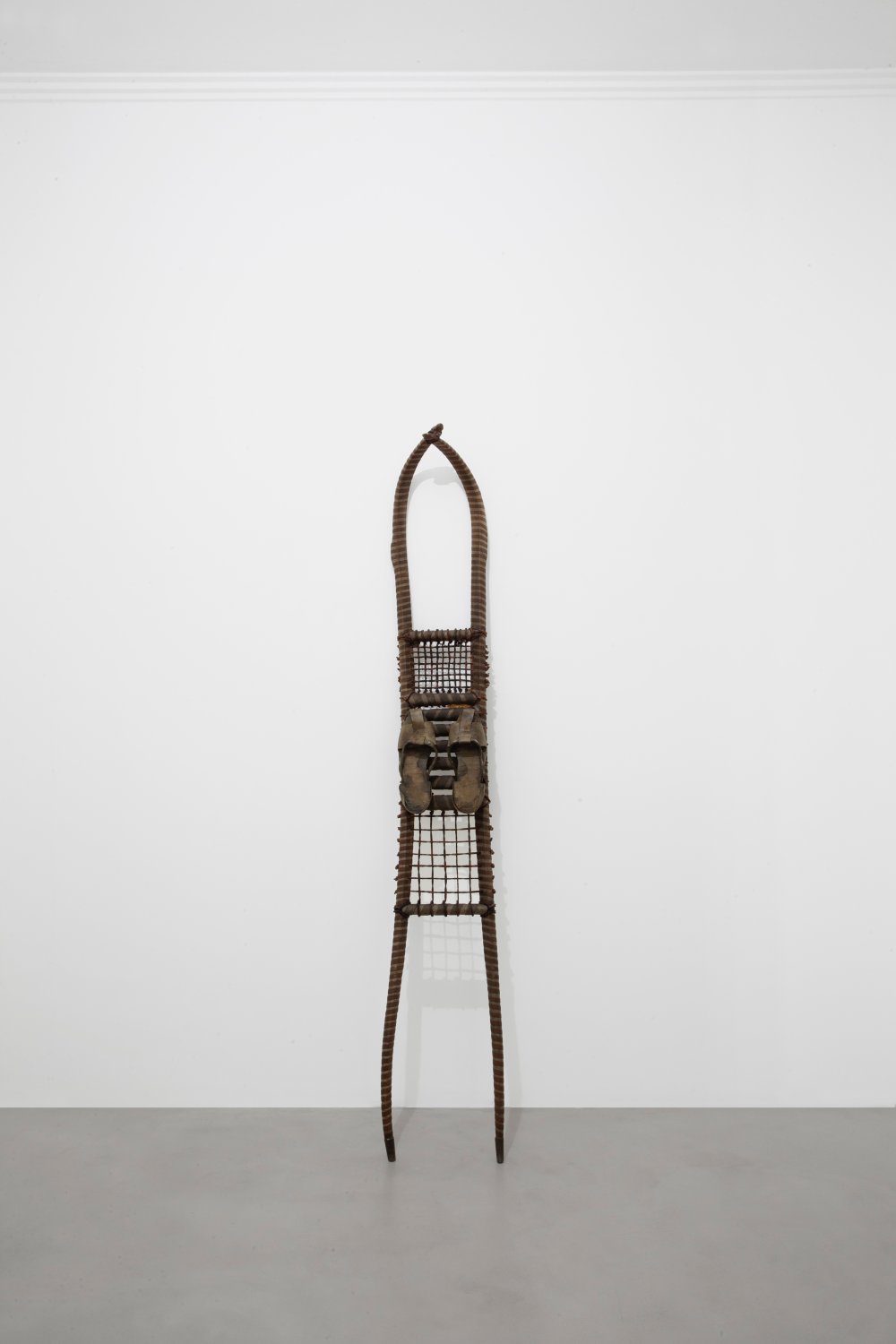 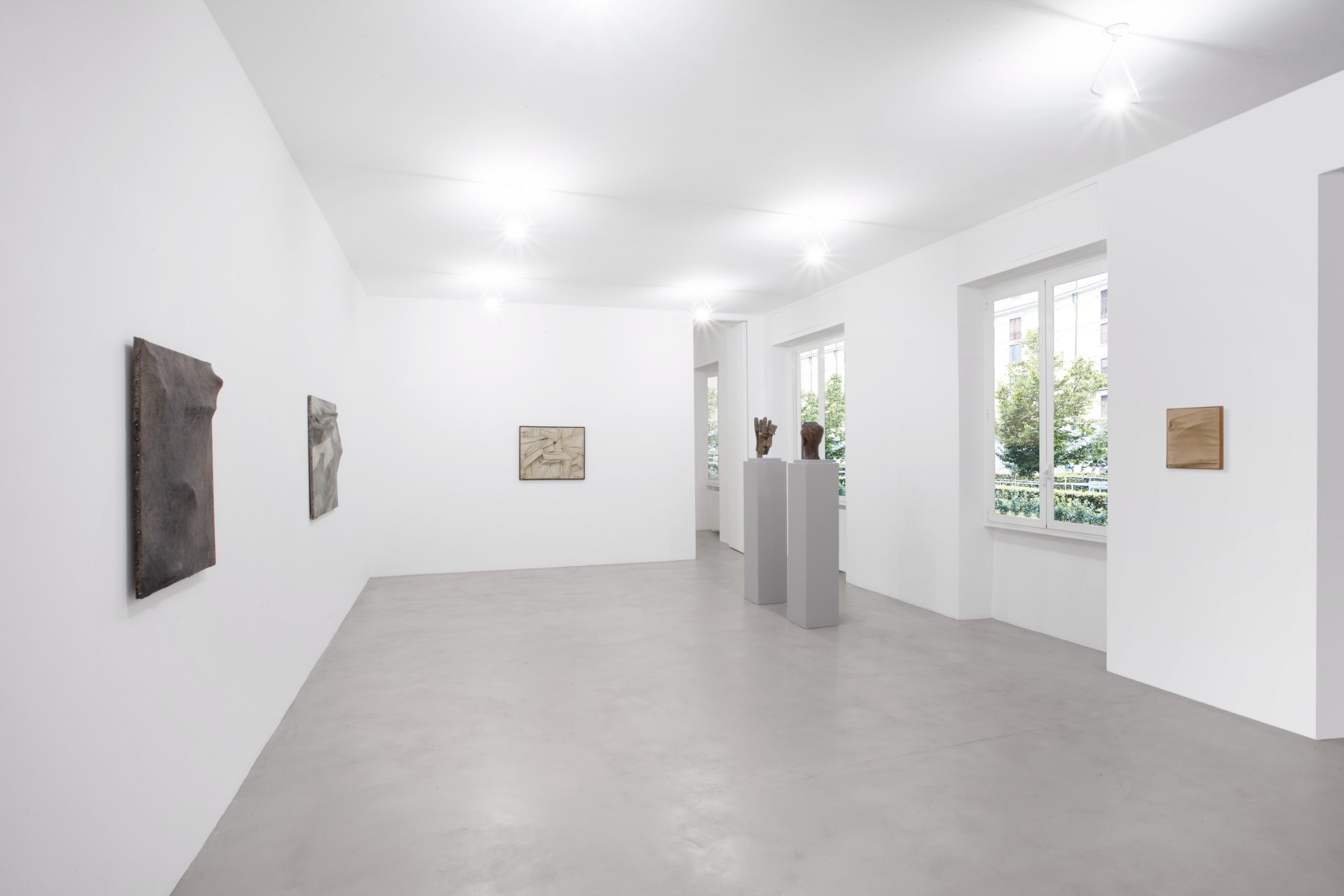 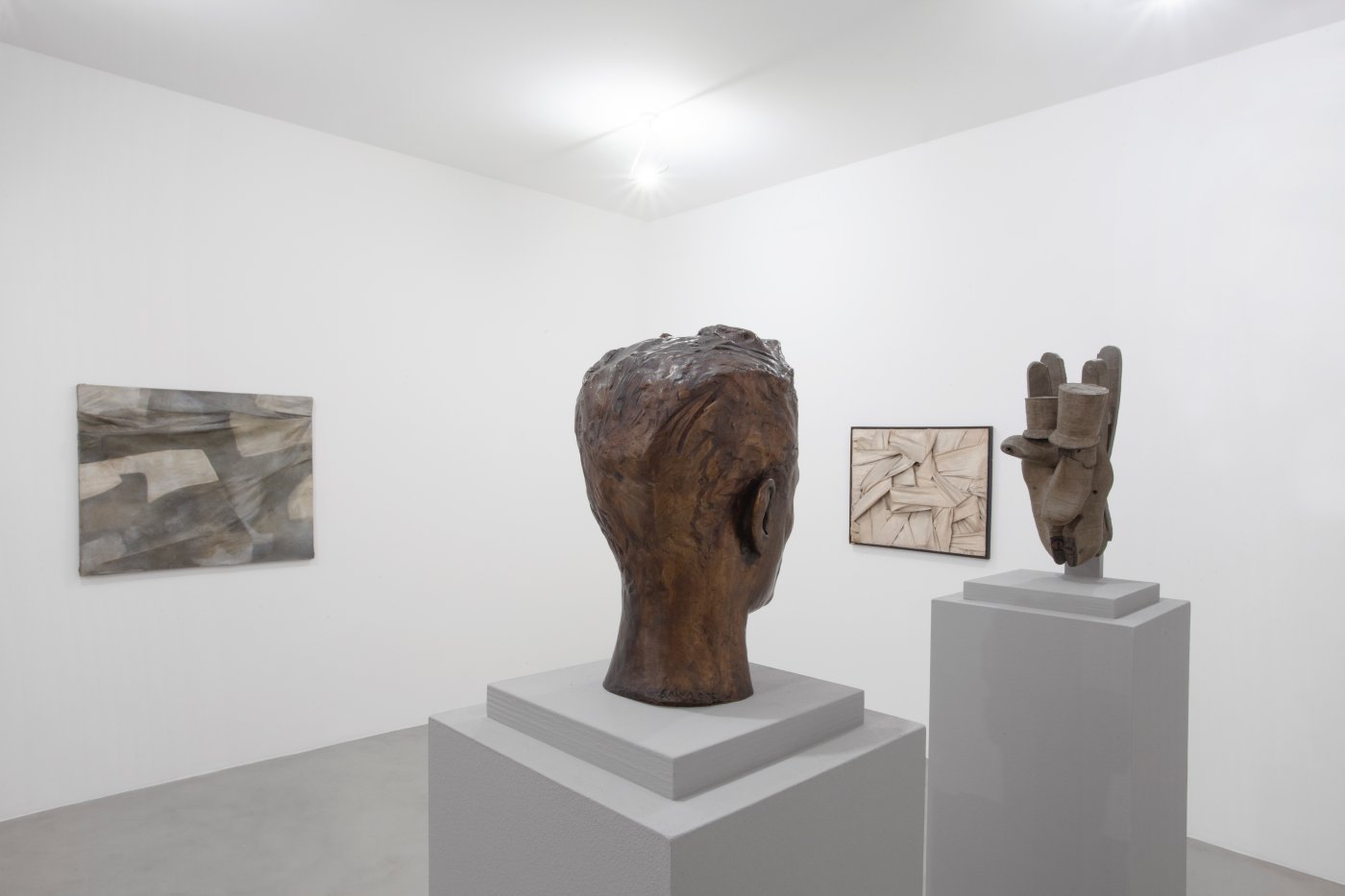 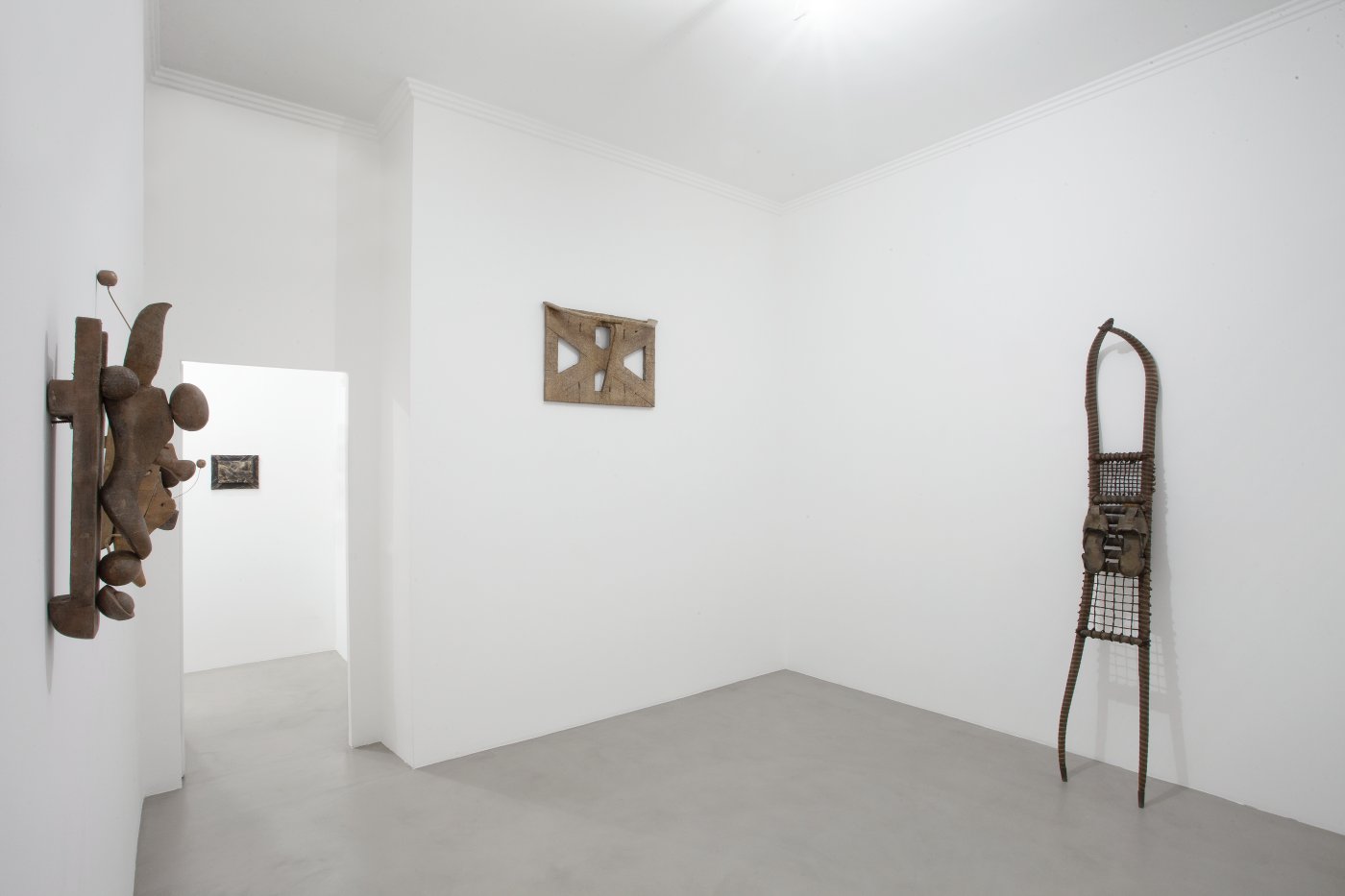 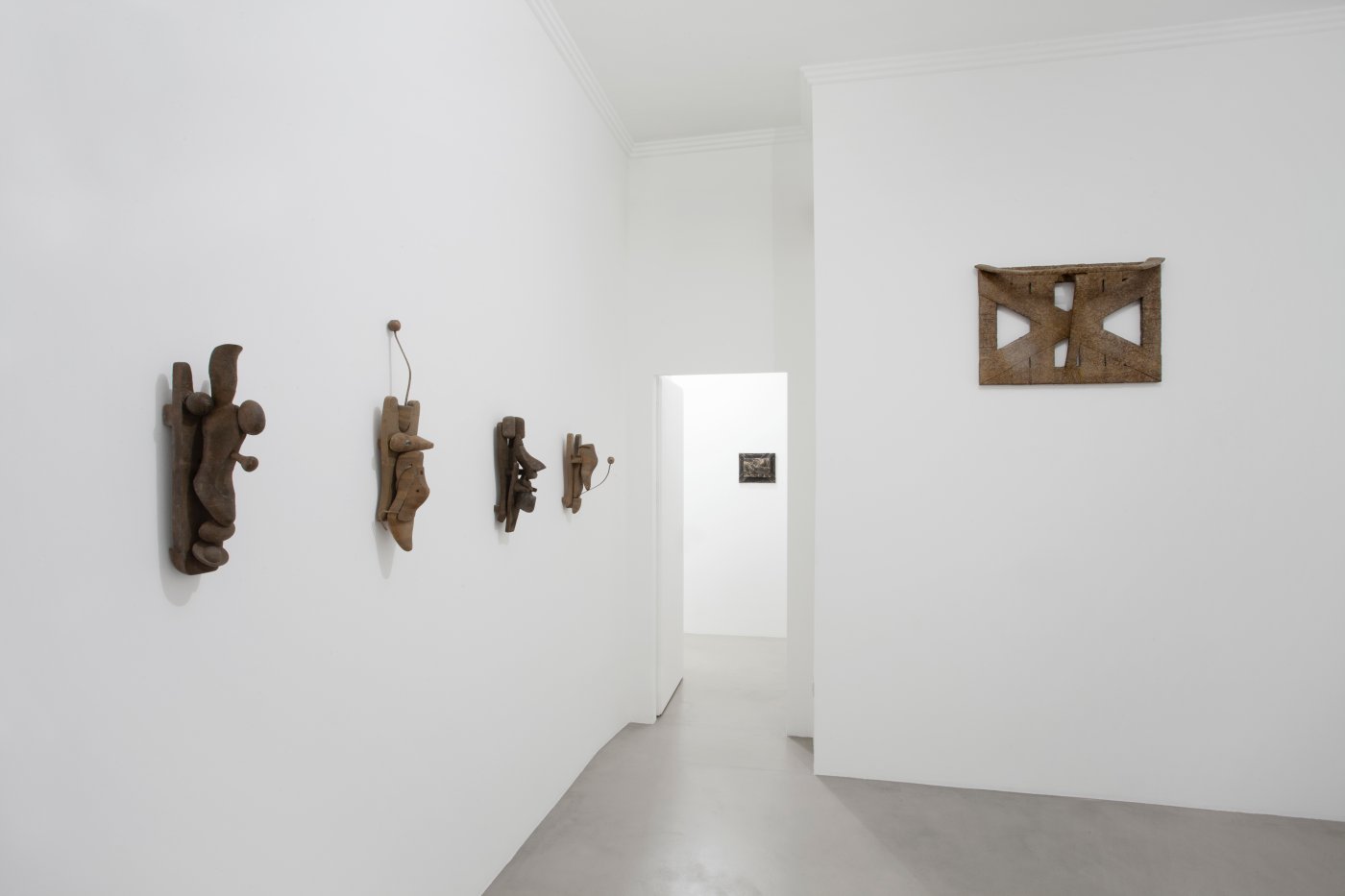 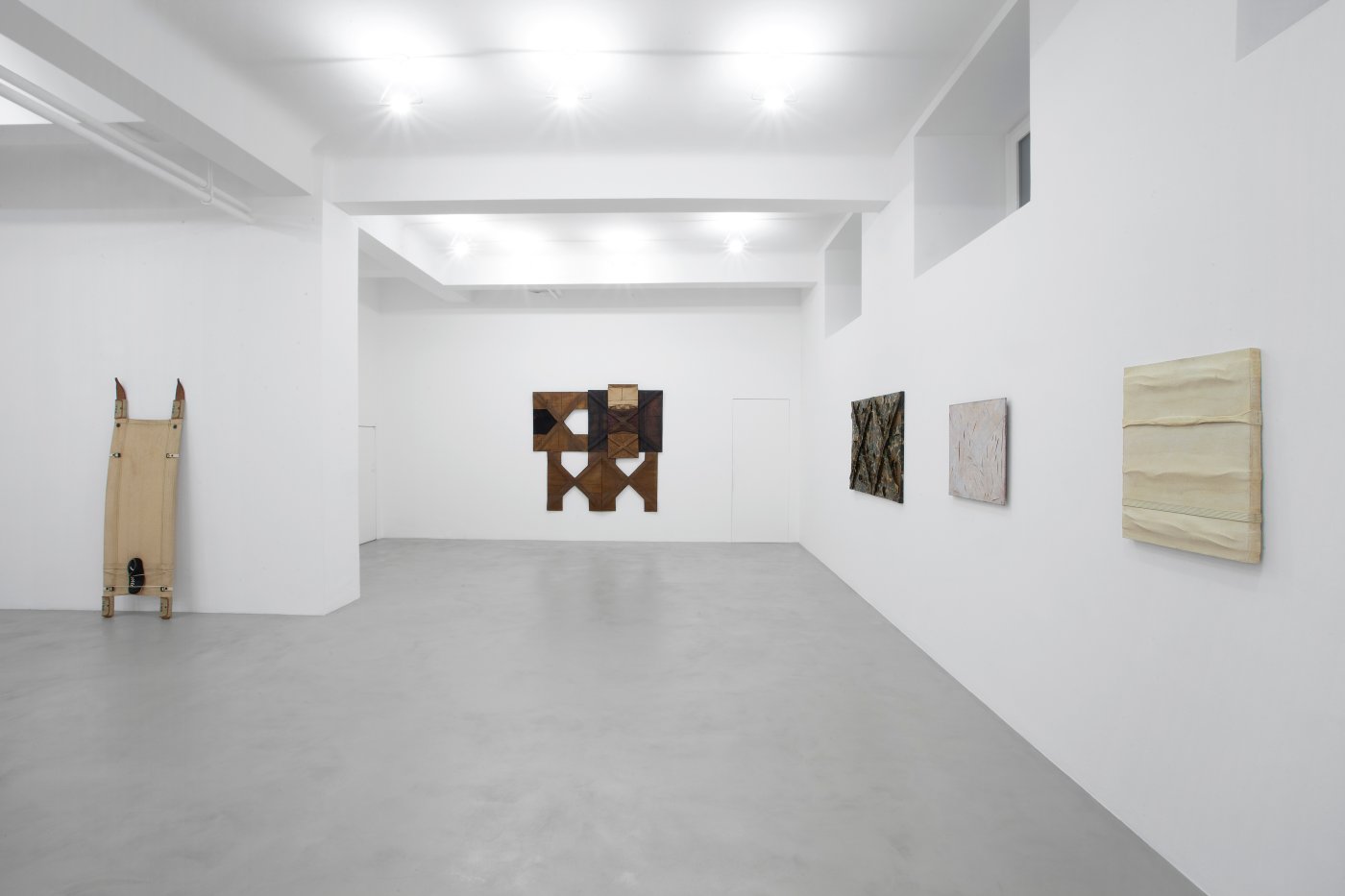 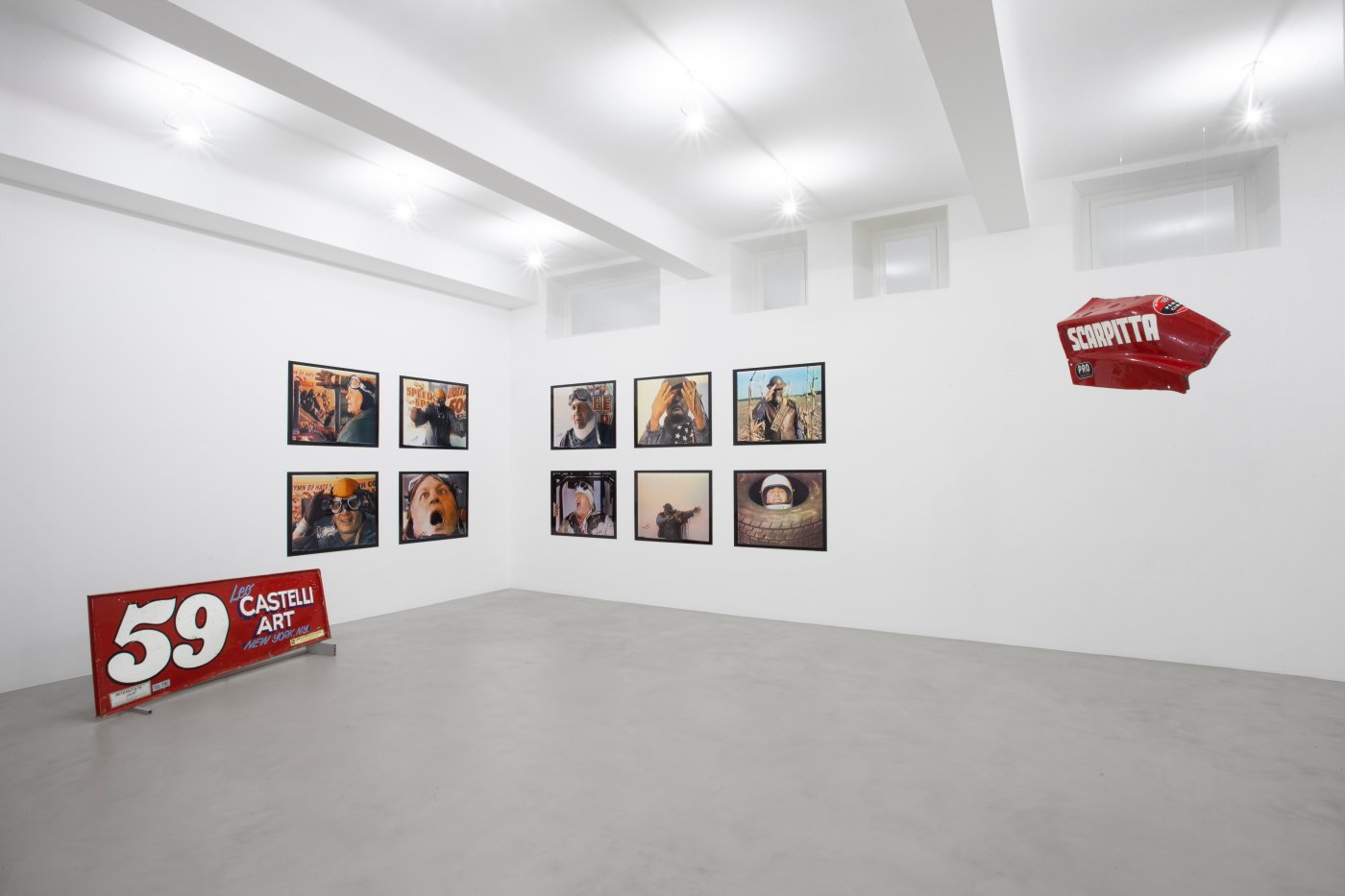 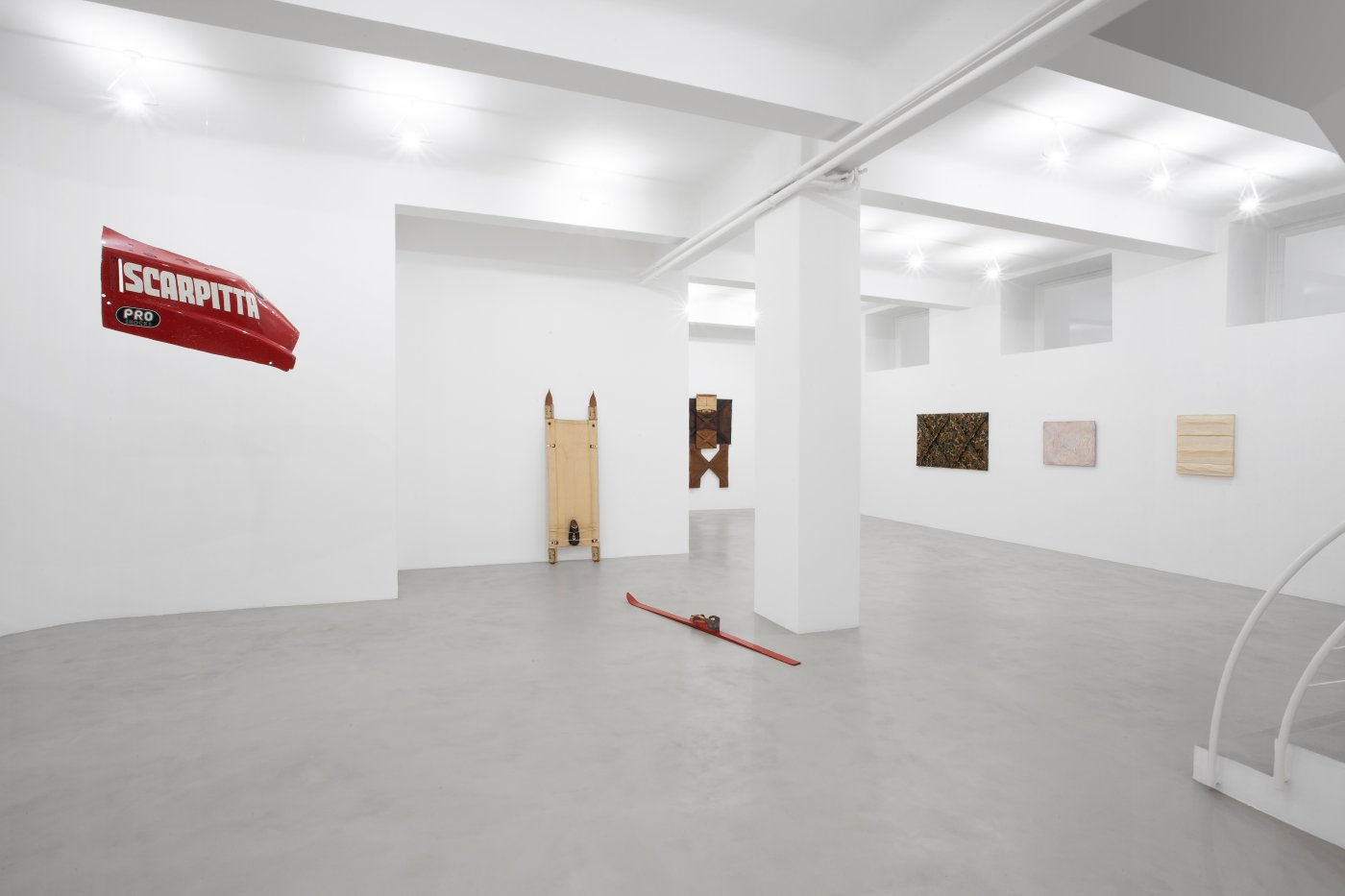 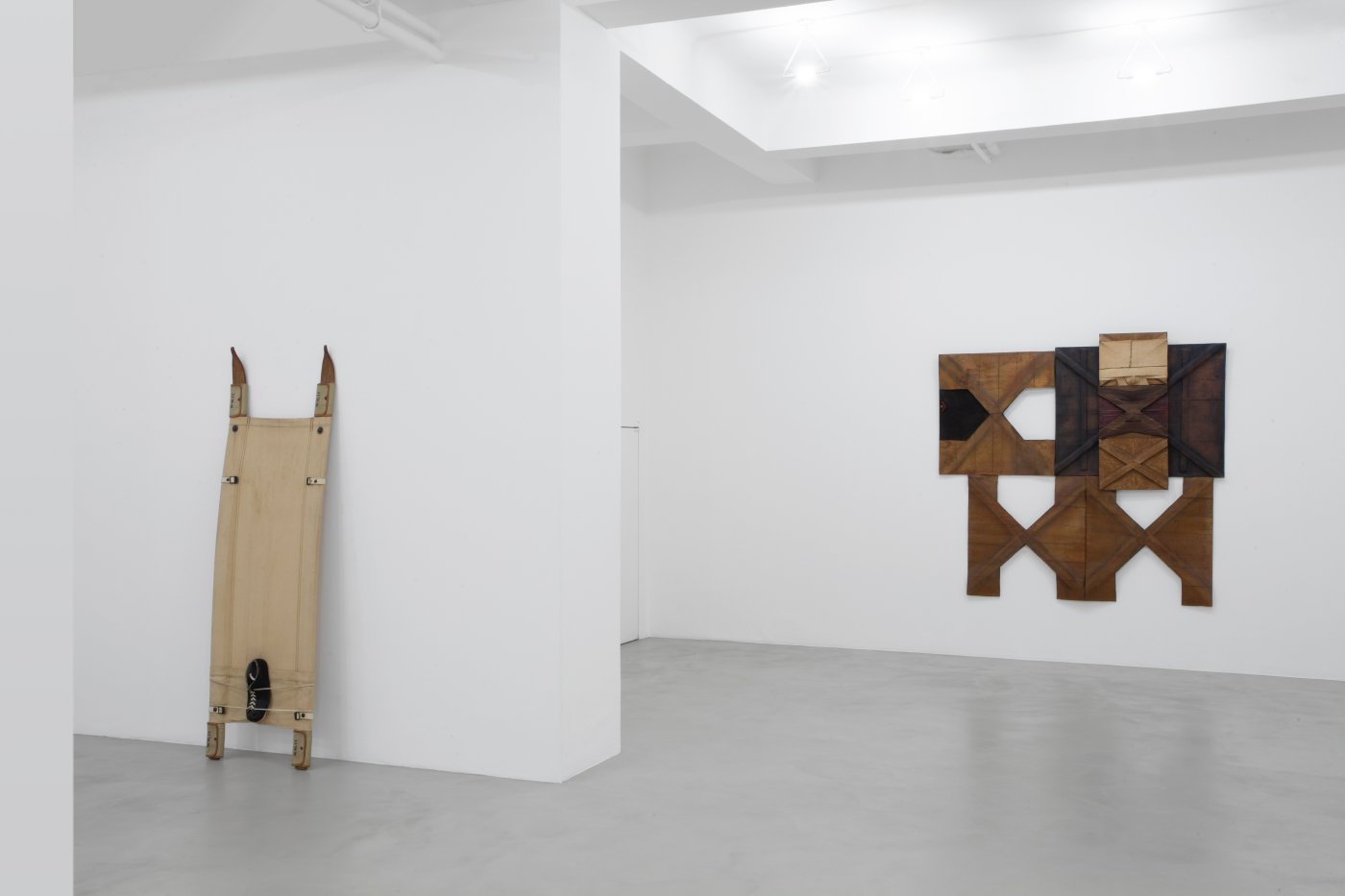 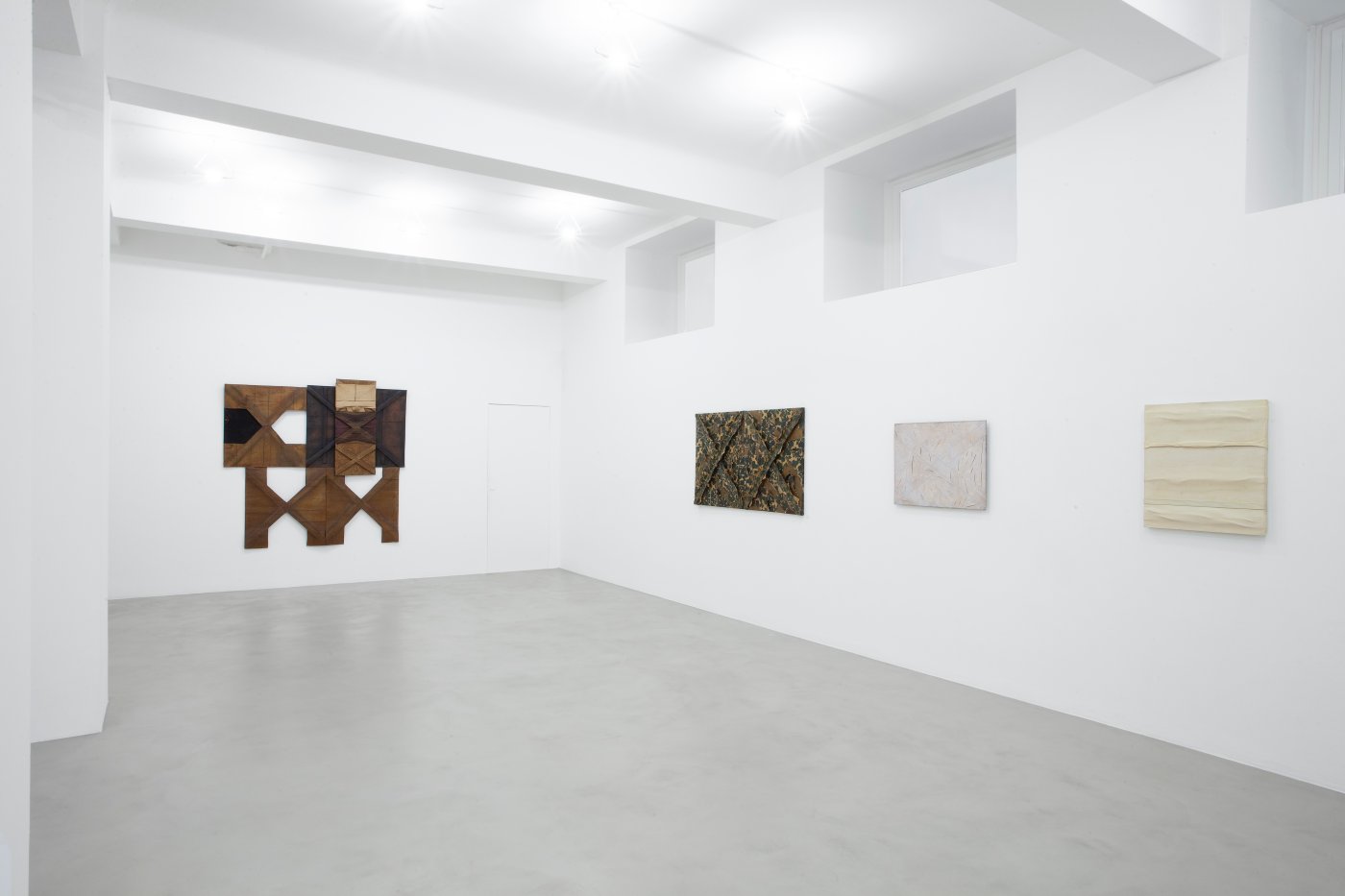 The exhibition – designed by the German artist Günter Umberg in collaboration with Luigi Sansone, editor of the Catalogue raisonné of Salvatore Scarpitta’s works – investigates the relationship that comes about between the thirty works on display – retracing Scarpitta’s artistic career from his debut through to 1992. The works themselves are arranged in such a way as to interact not only with each other but also with the viewer, offering an unique vision of the artist’s work.

On the upper floor of the gallery, the works on display in the first room illustrate Salvatore Scarpitta’s shift from a material-expressionist form of painting to a new figuration that he created in his everted canvases, such as the two Senza titolo [Untitled] (1957), and in bandages and wraps, as in Senza titolo [Untitled] (1958). The works he made in the late 1950s, some of which can also be seen in the gallery offices, mark a crucial moment in his artistic research, for he now introduces the idea of an action that shifts away from a mimetic process and adopts the logic of construction, of moving around within a territory.
The interaction between the works on show on the first floor is conceptually summed up in the dialogue between the Autoritratto [Self Portrait] in bronze (1941), At Leo’s N.Y.C. (1965) and Face Stalker (1992).
The works in wood on show in the second room on the upper floor correlate directly with the bronze multiples on the wall at the entrance to the gallery. They conceptually link up the display on the two exhibition floors, in a play of cross- references in the form of analogies and dissonances.

On the lower floor, Gunner’s Mate (1961), the only work of the time based on a modular repetition of crosses not to have been dismembered by the artist, takes to the extreme the gesture of works based on the bound X in relief, such as X Core (1959) and Panciera [Waistcoat] (1959). In the interaction between these works and the ones he made later, such as Red Friar (Sci Ribelle) (1989-90), which evokes a fragment of life linked to the Resistance, we see his constant desire to give material form to an entity that illustrates his progression, his thoughts, and his visual language. This desire can also be seen in the different types of works – however dissimilar they may be.
The presence of this work shows how the artist fills each element with symbolic value, and this can also be seen in others such as Sal Is Racer (1985), a sequence of stills extracted from one of the videos in which Scarpitta appears as a pilot, Mr. Hyde (Dr. Jekyll) (1989), and Peat Bog Sled (1992). This last work consists of sleds created by assembling a number of materials that evoke the idea of travel, which is here viewed as a departure towards a goal that extends beyond the limits of objective reality. The work forms part of a strictly individual narrative in which it acts as a point of encounter between art and life, since it is based on a total experience lived in the first person.

In an interview in 1993, Scarpitta himself said: “One hopes that the viewer will see beyond the objective fact under his eyes and will transcend it. […] This elsewhere lies in the history shared by all, through the passages everyone encounters sooner or later: birth, death, violence, and the realization of being a part of nature.”

A bilingual volume will be published on the occasion of the exhibition, with an essay by Luigi Sansone and one by Davide Mogetta that retraces the exhibition layout conceived by Günter Umberg on Salvatore Scarpitta’s work, and illustrations of the works on display in the gallery.