Sakari Kannosto: Children of the Flood

Sakari Kannosto: Children of the Flood


HB381 presents Children of the Flood, an exhibition of new work by Sakari Kannosto (Finnish, b. 1973). This is Kannosto’s first solo presentation in the United States and marks the debut of a suite of nearly thirty figurative sculptures in stoneware. 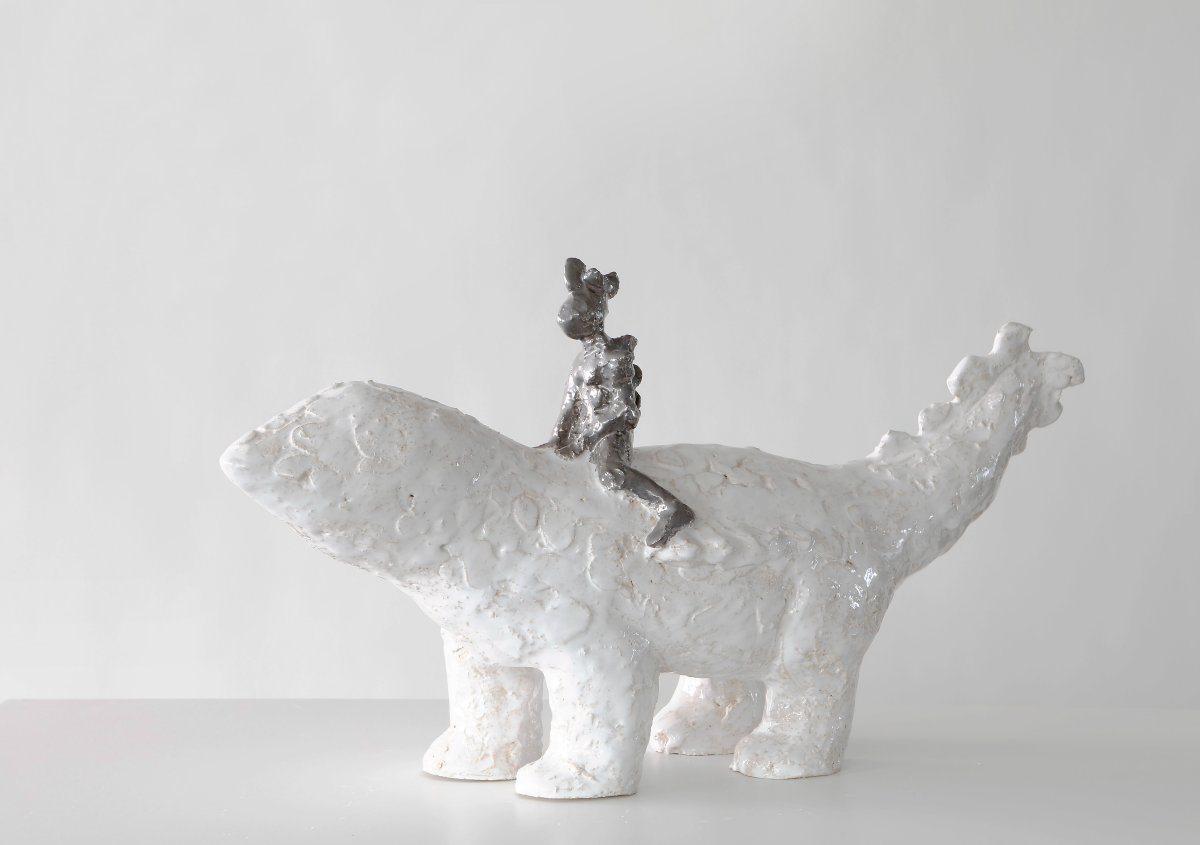 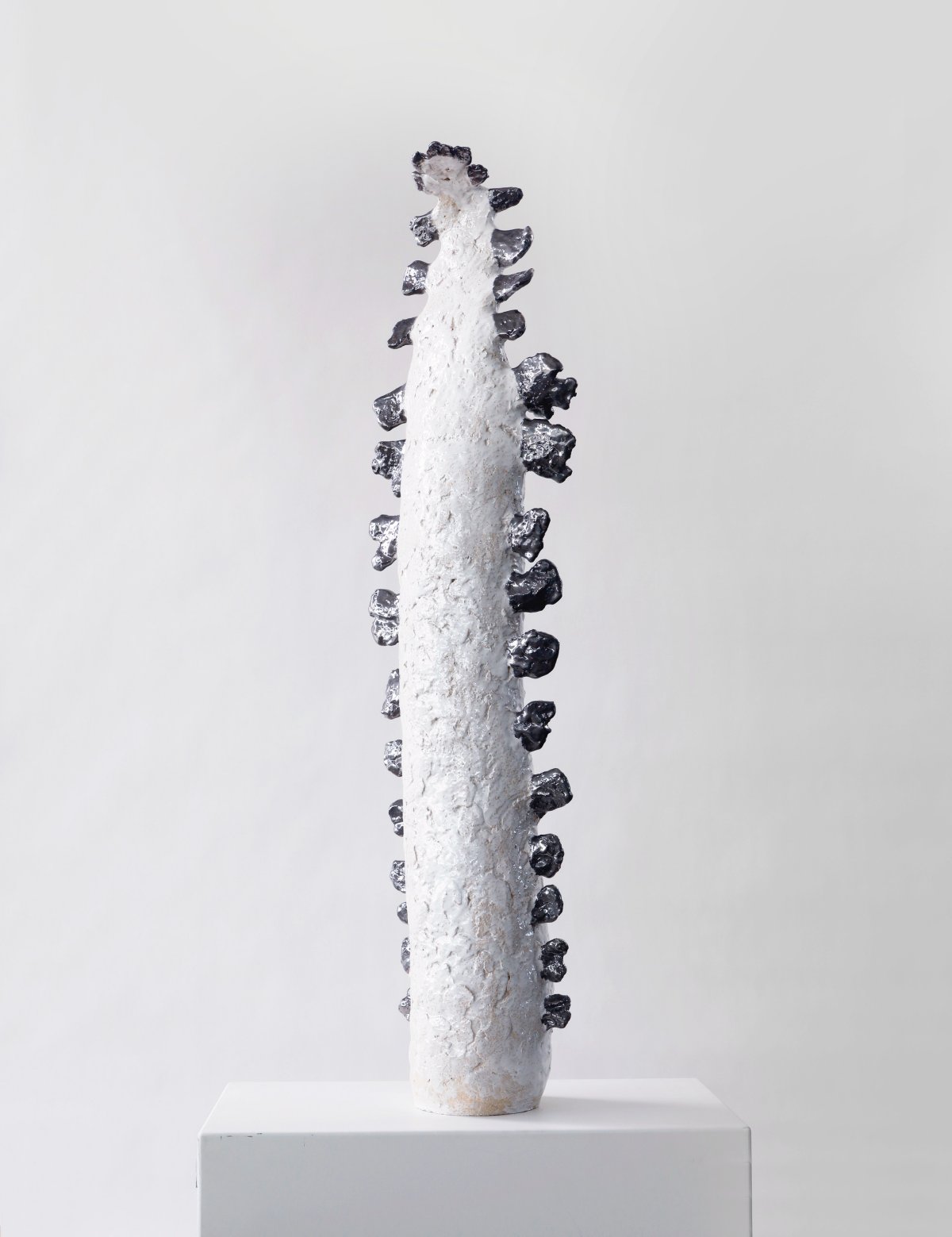 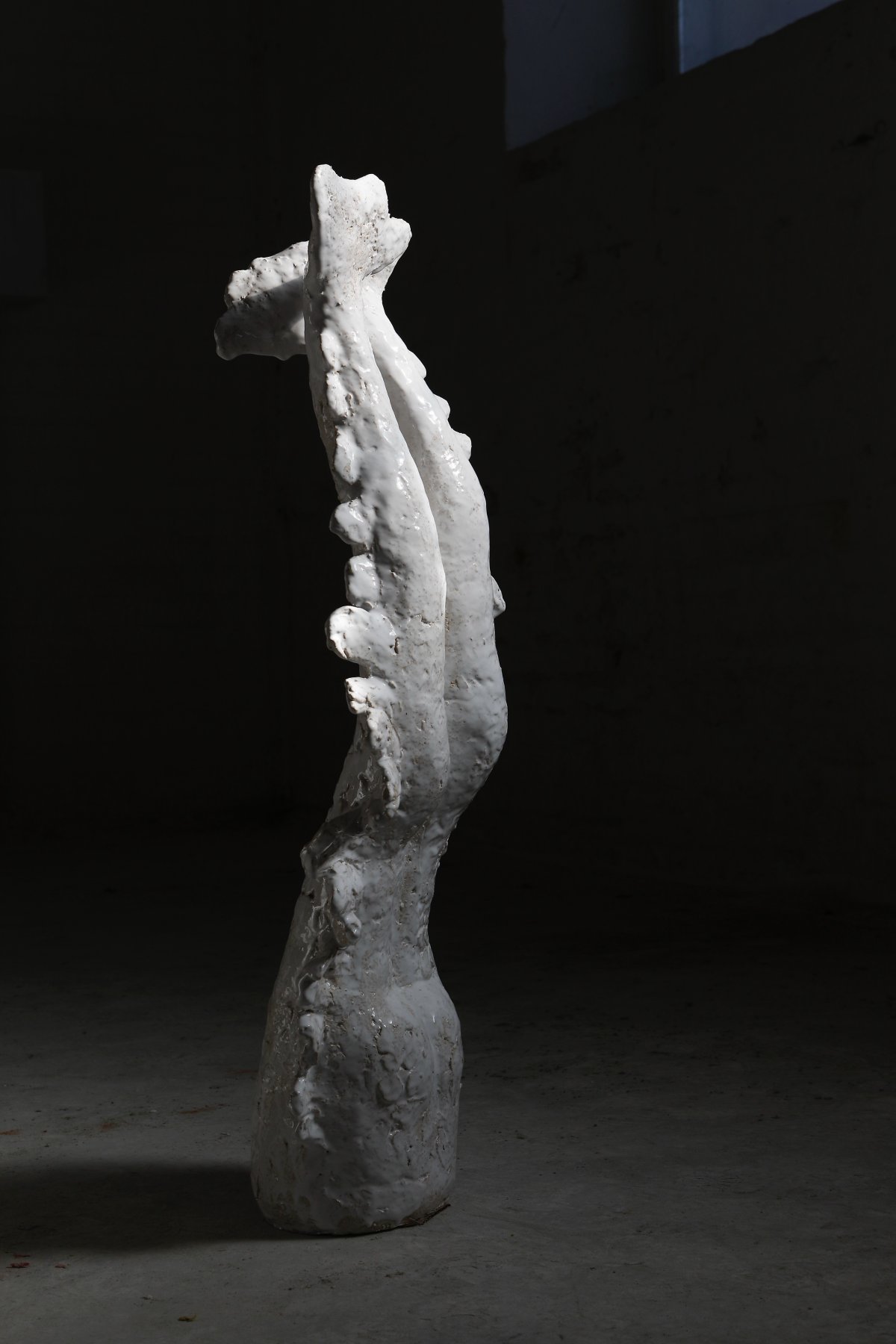 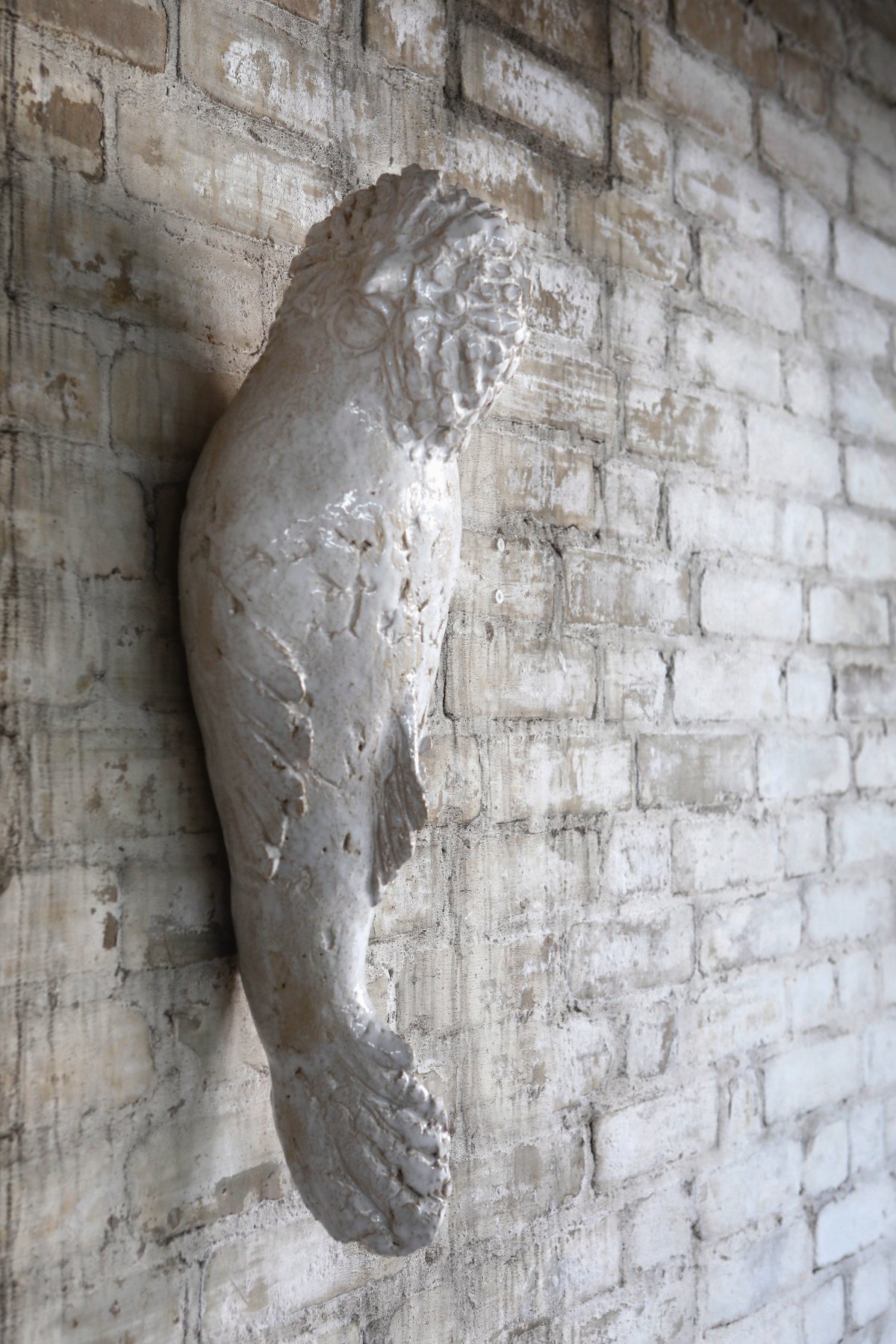 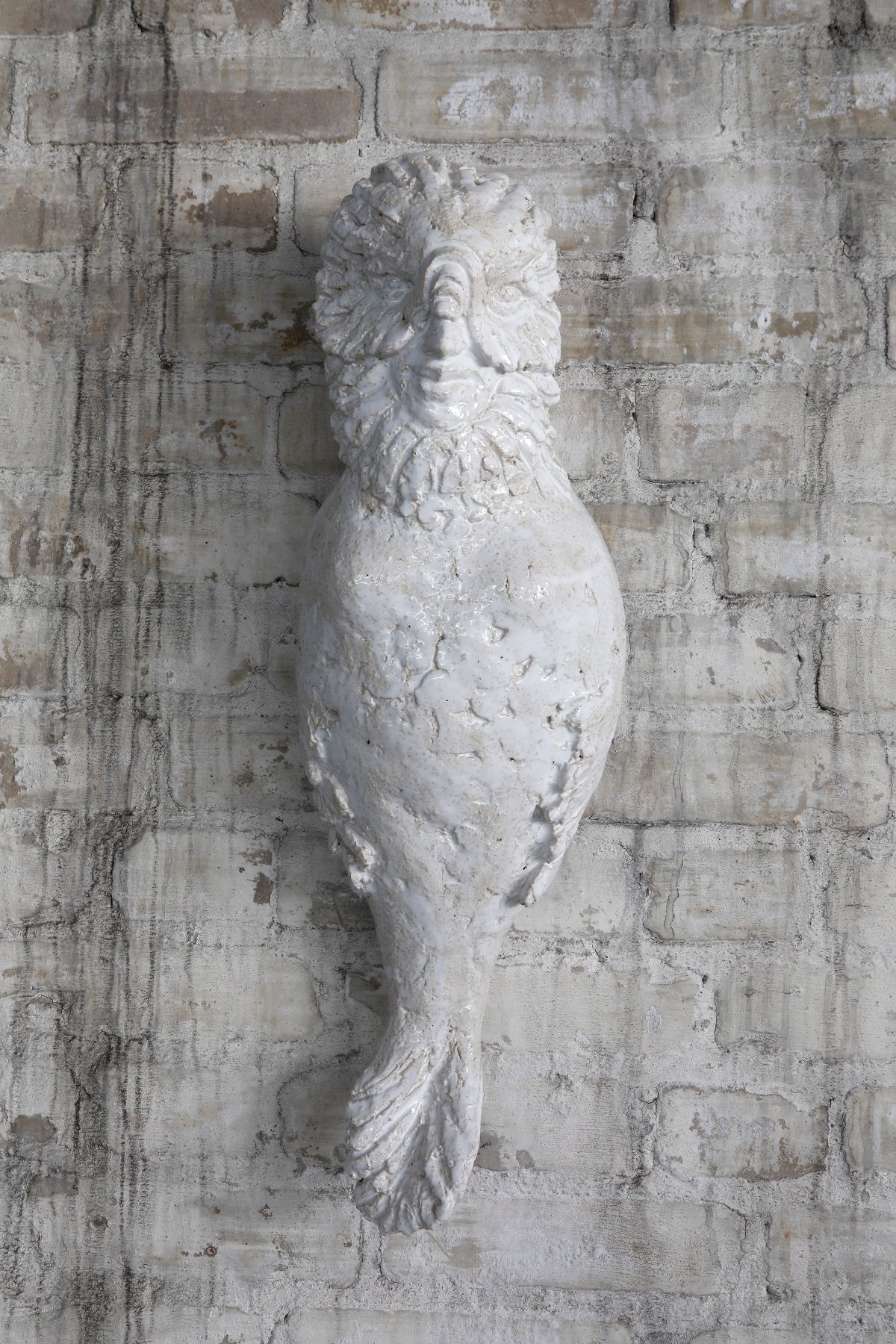 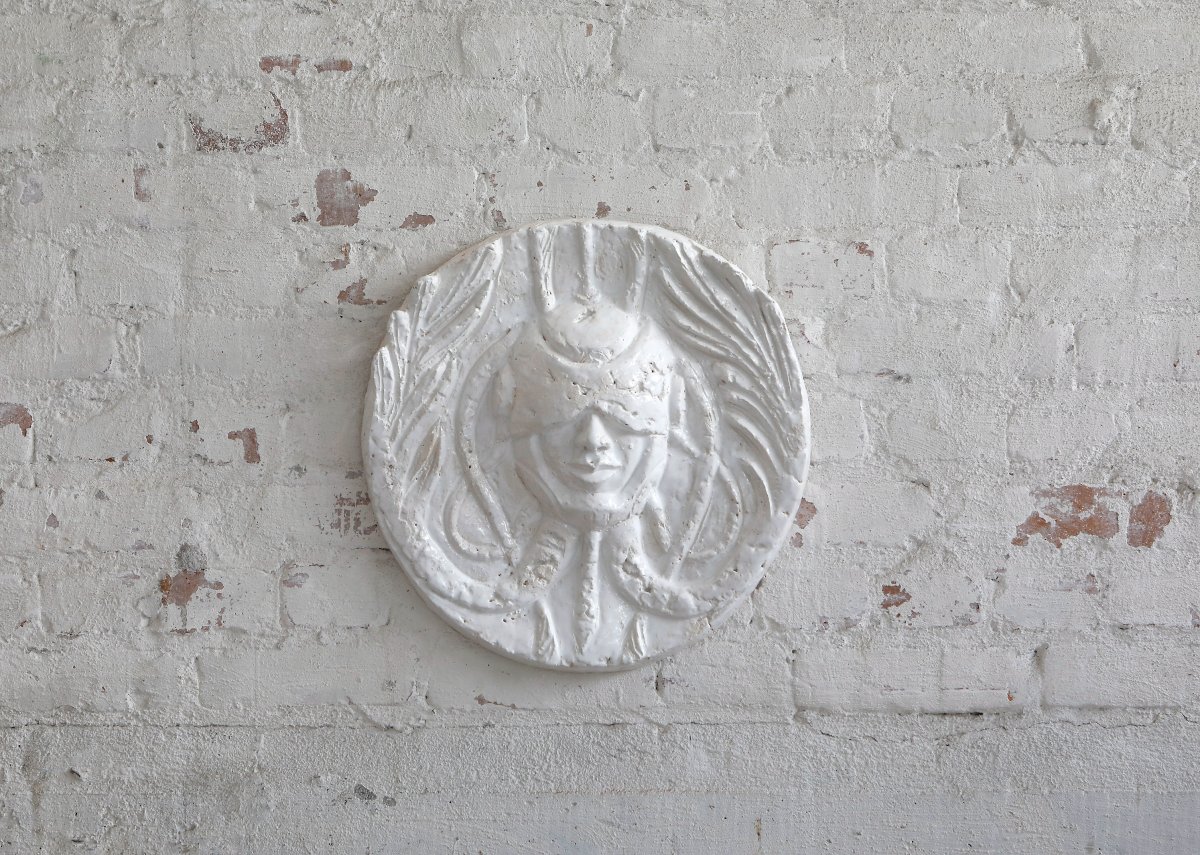 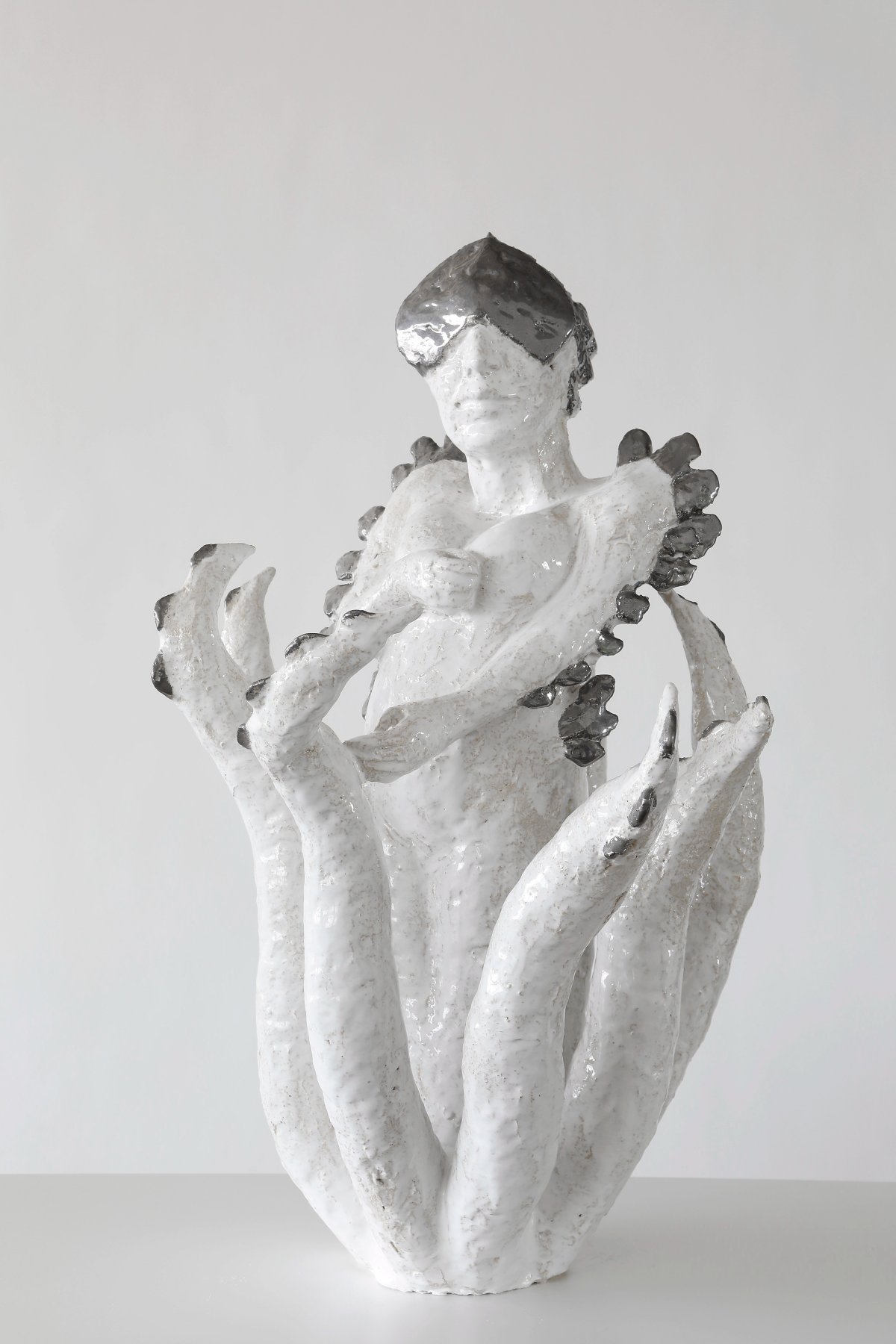 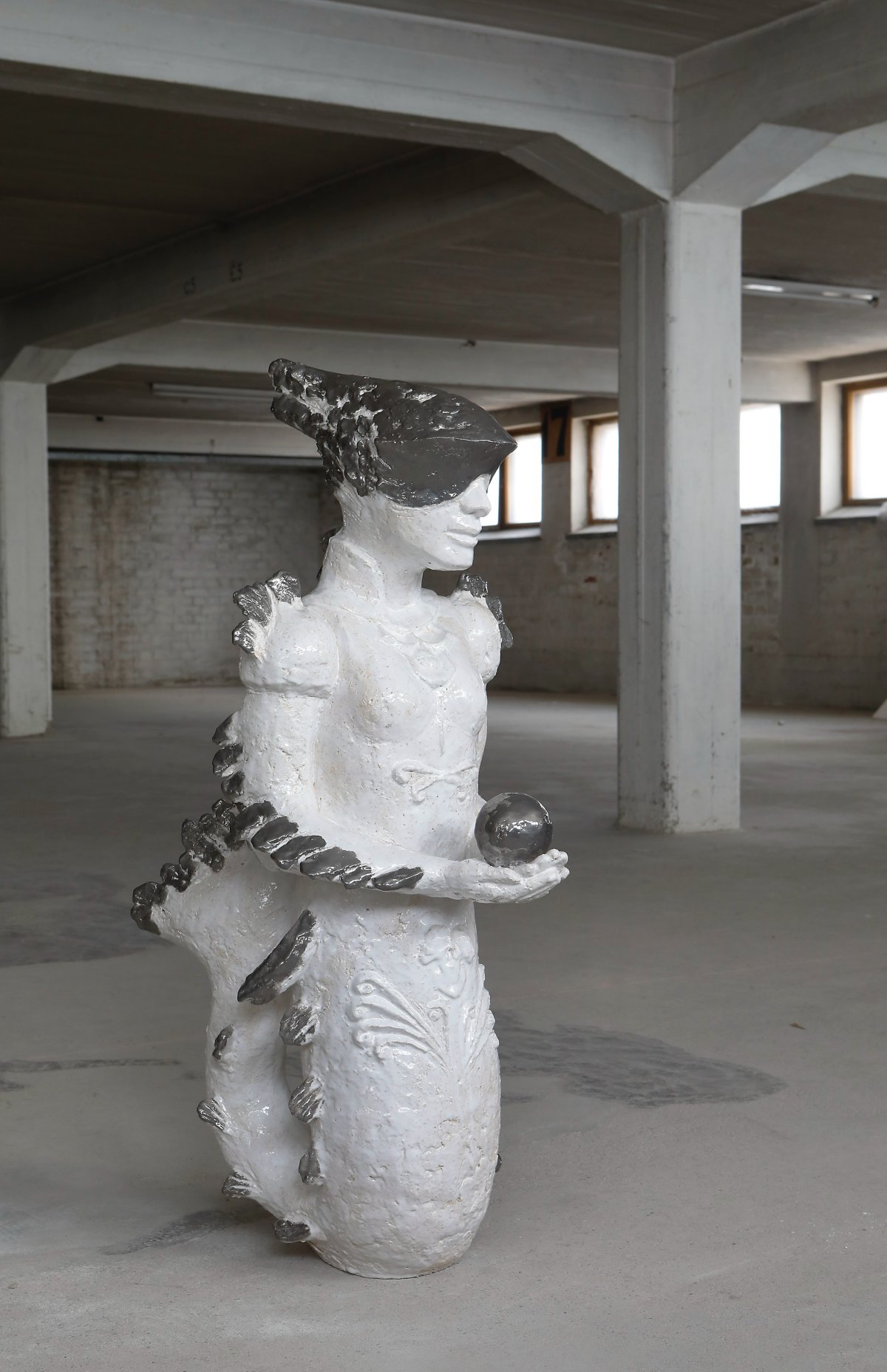 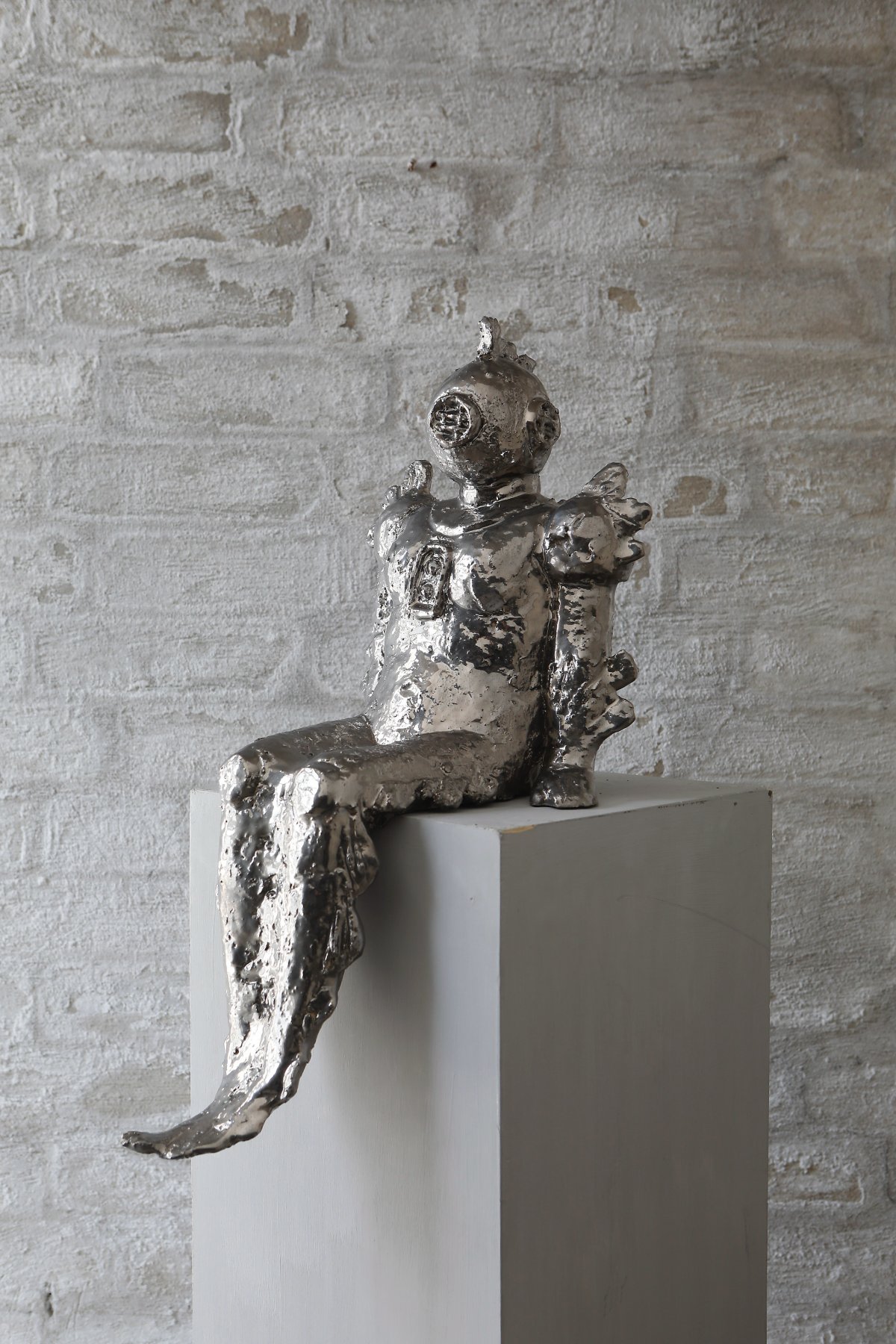 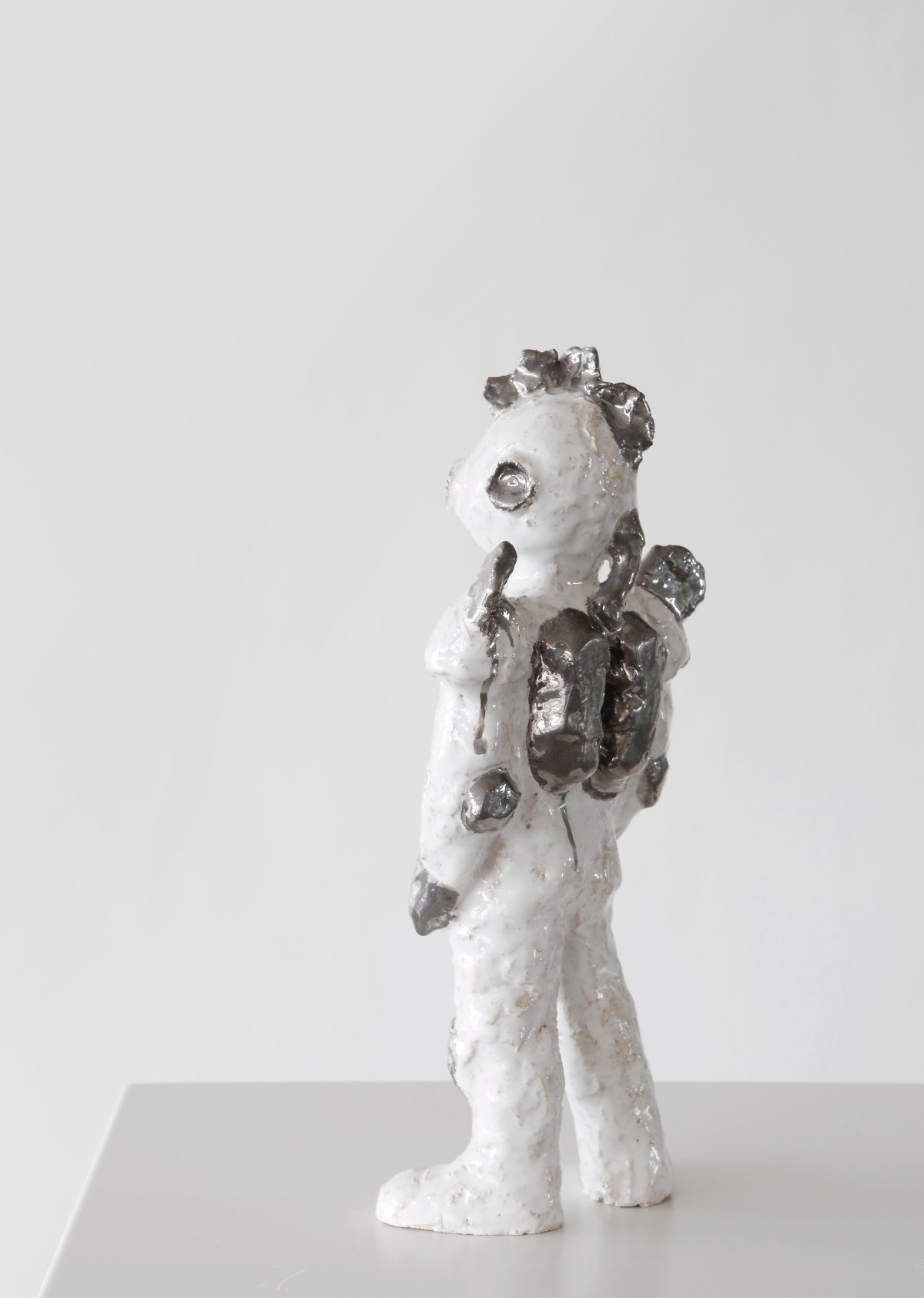 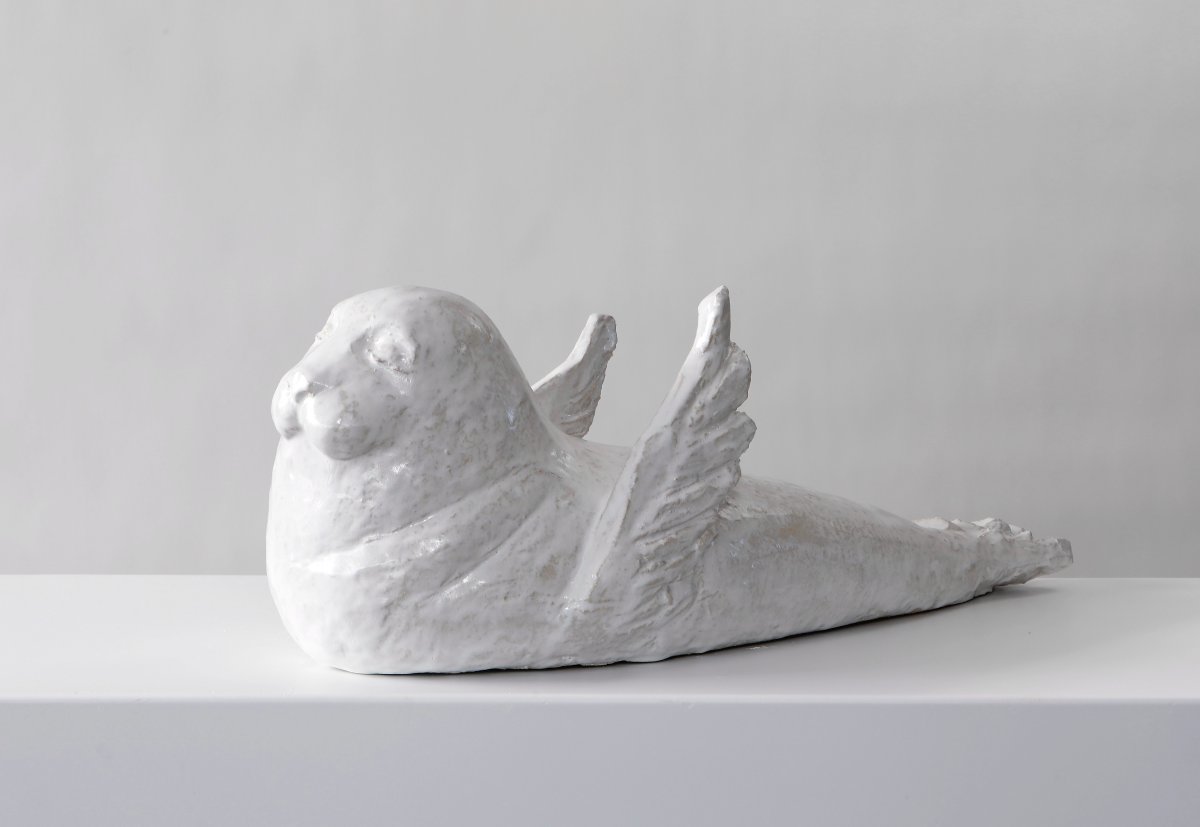 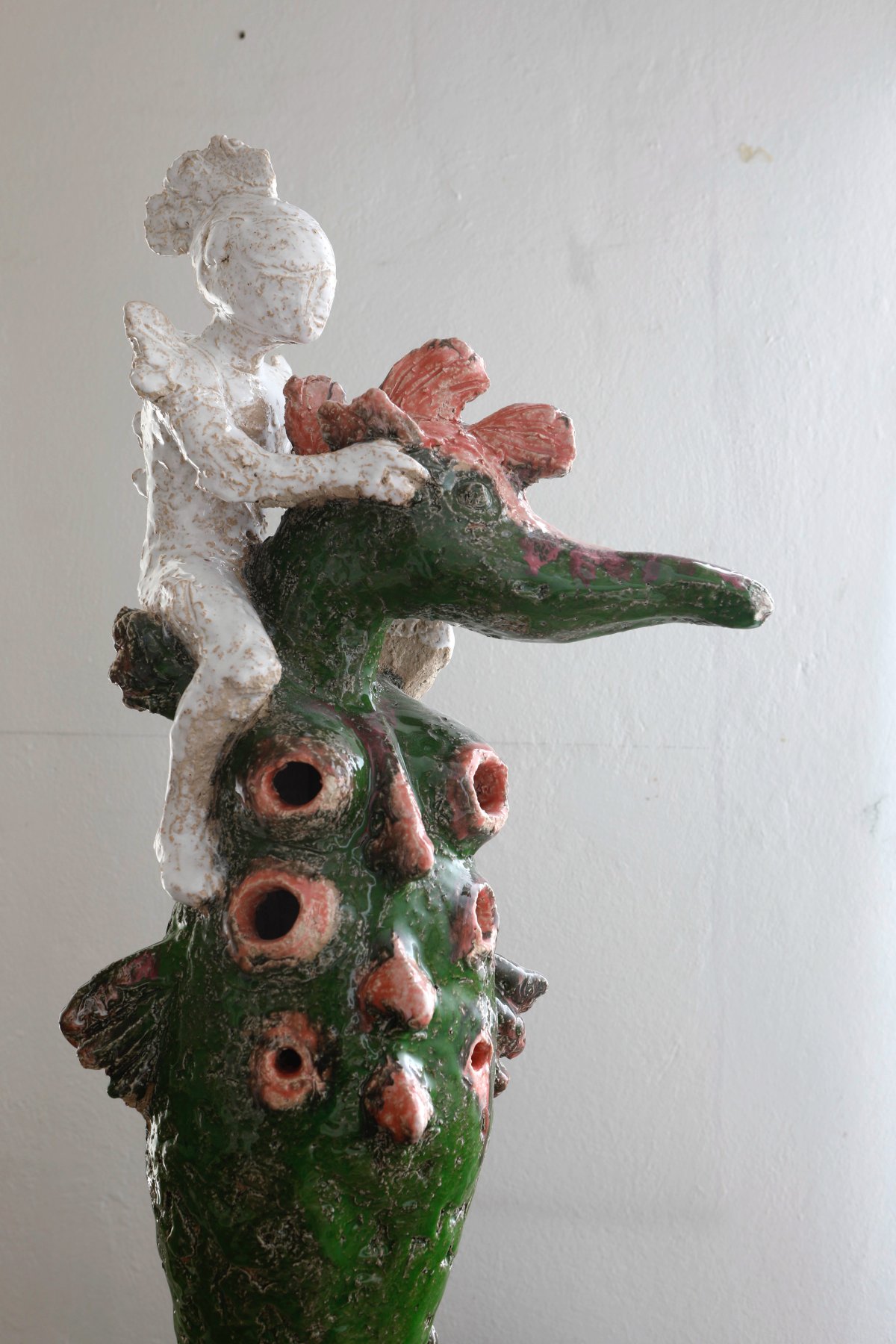 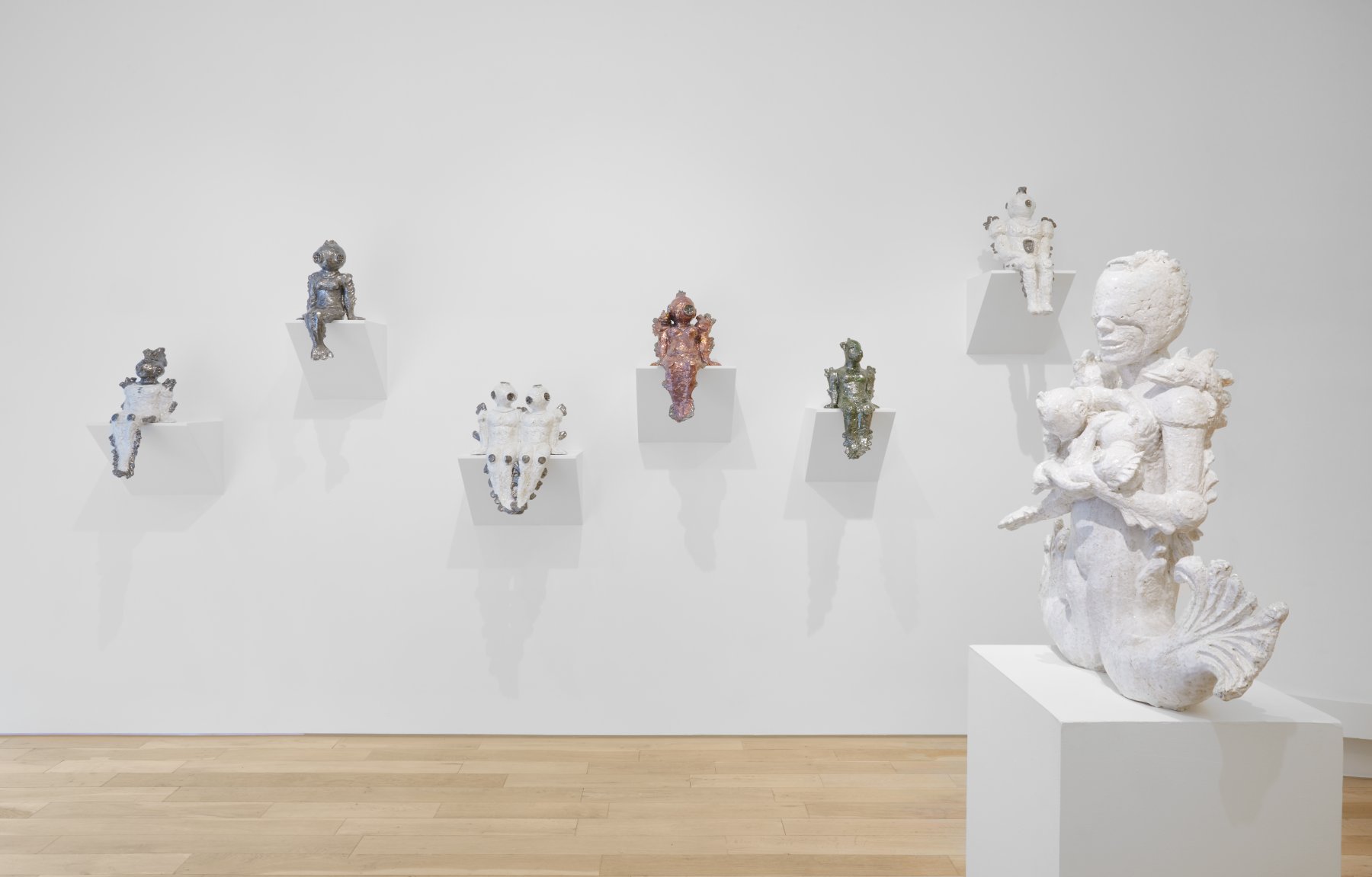 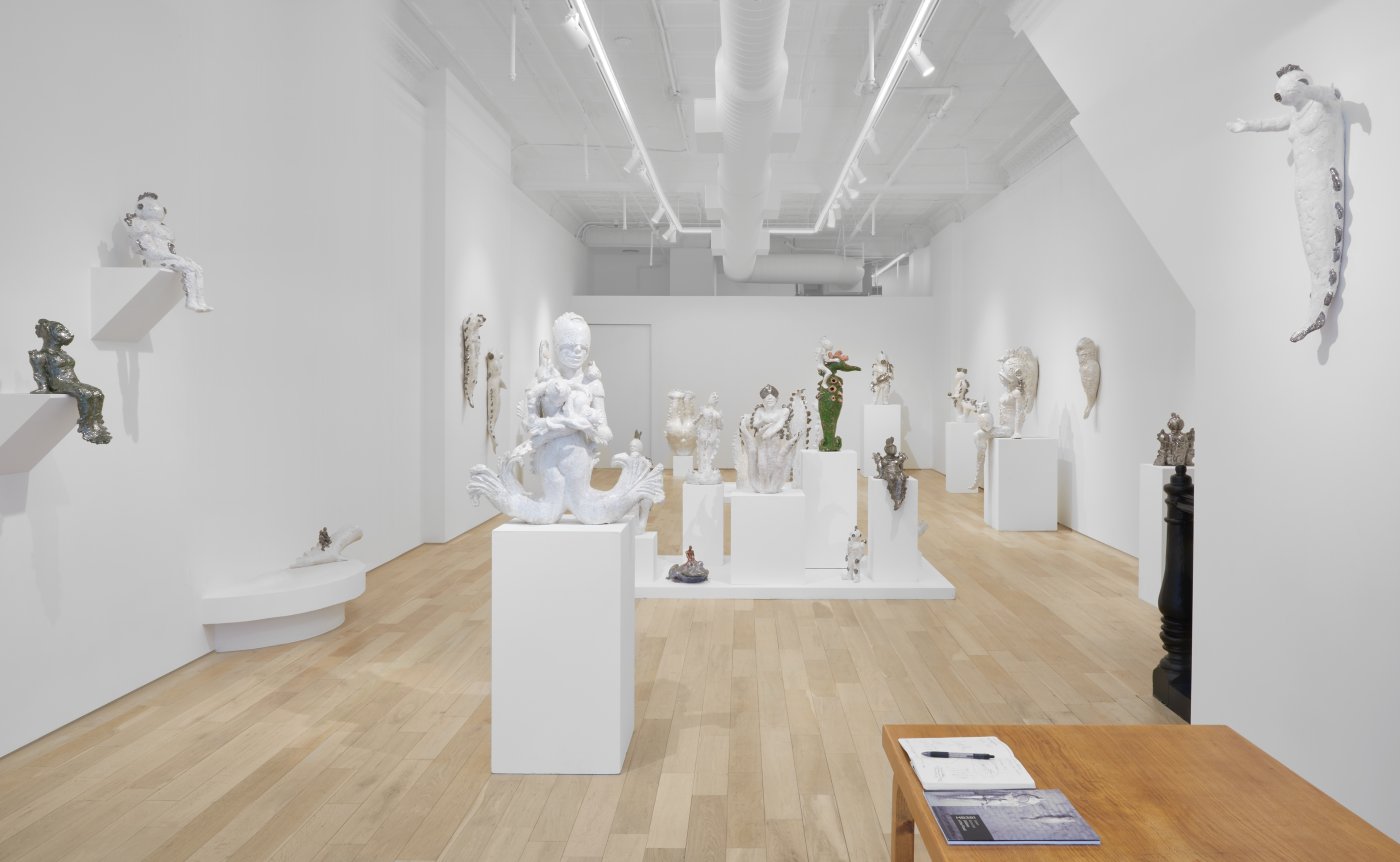 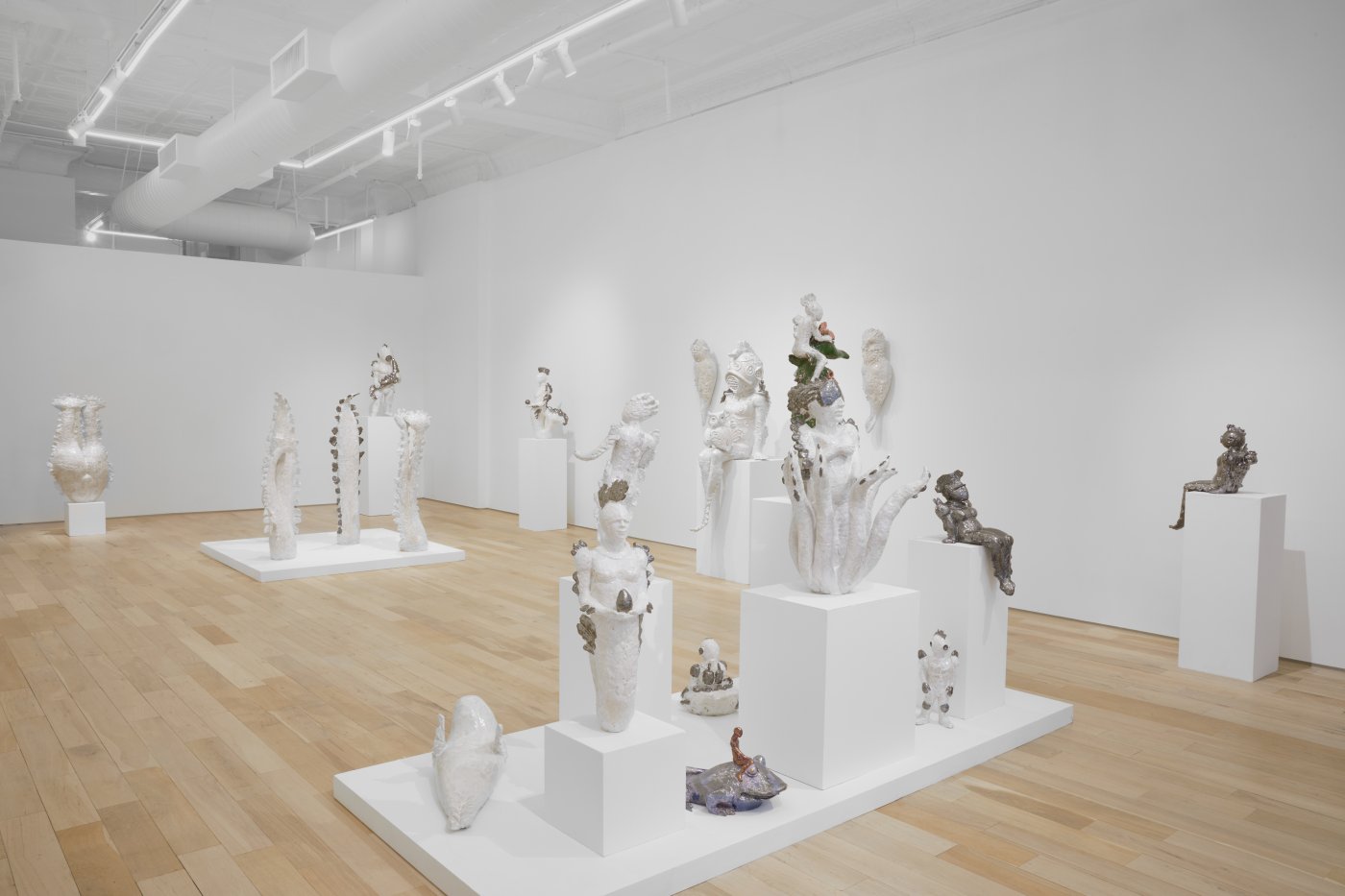 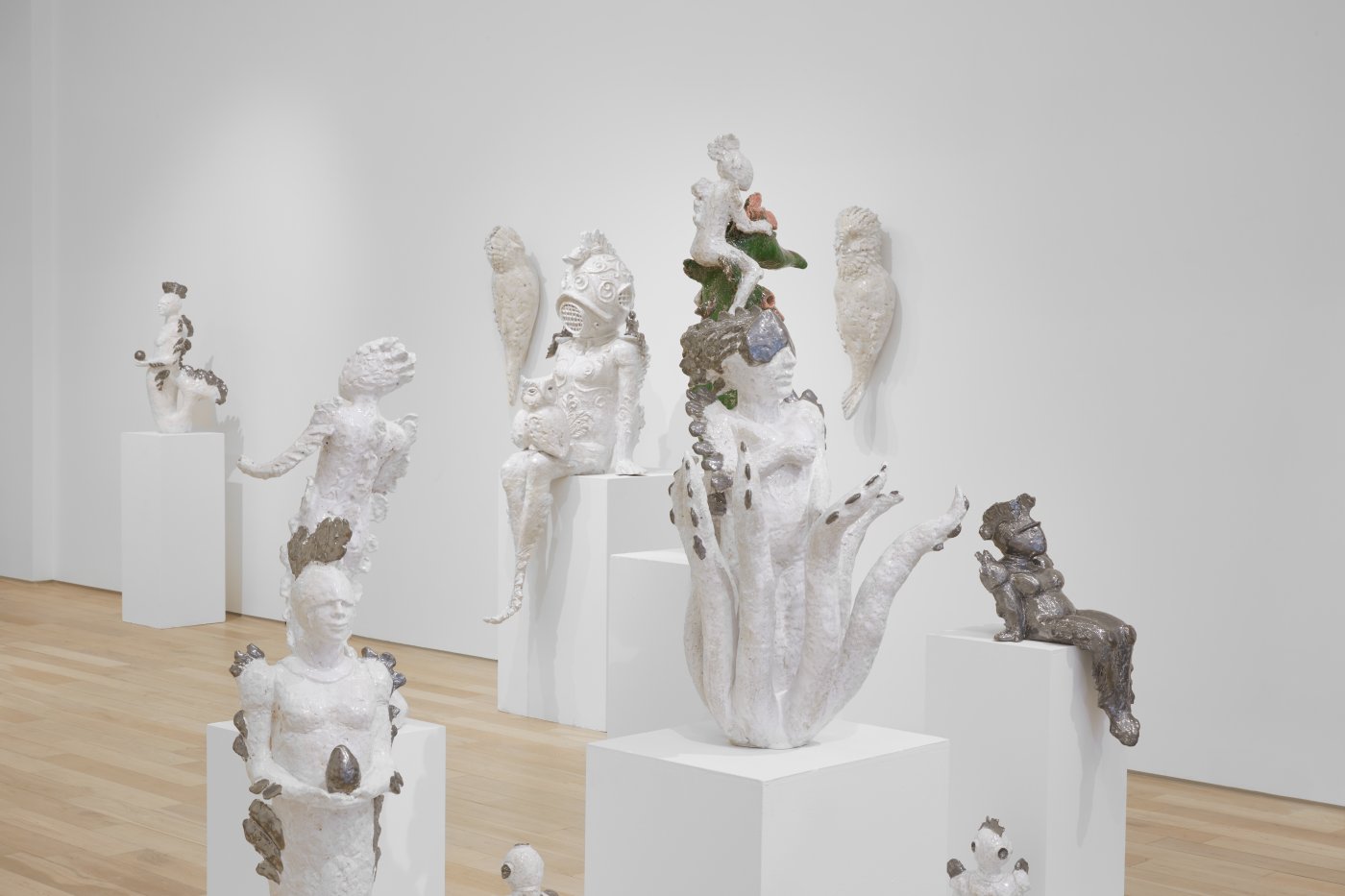 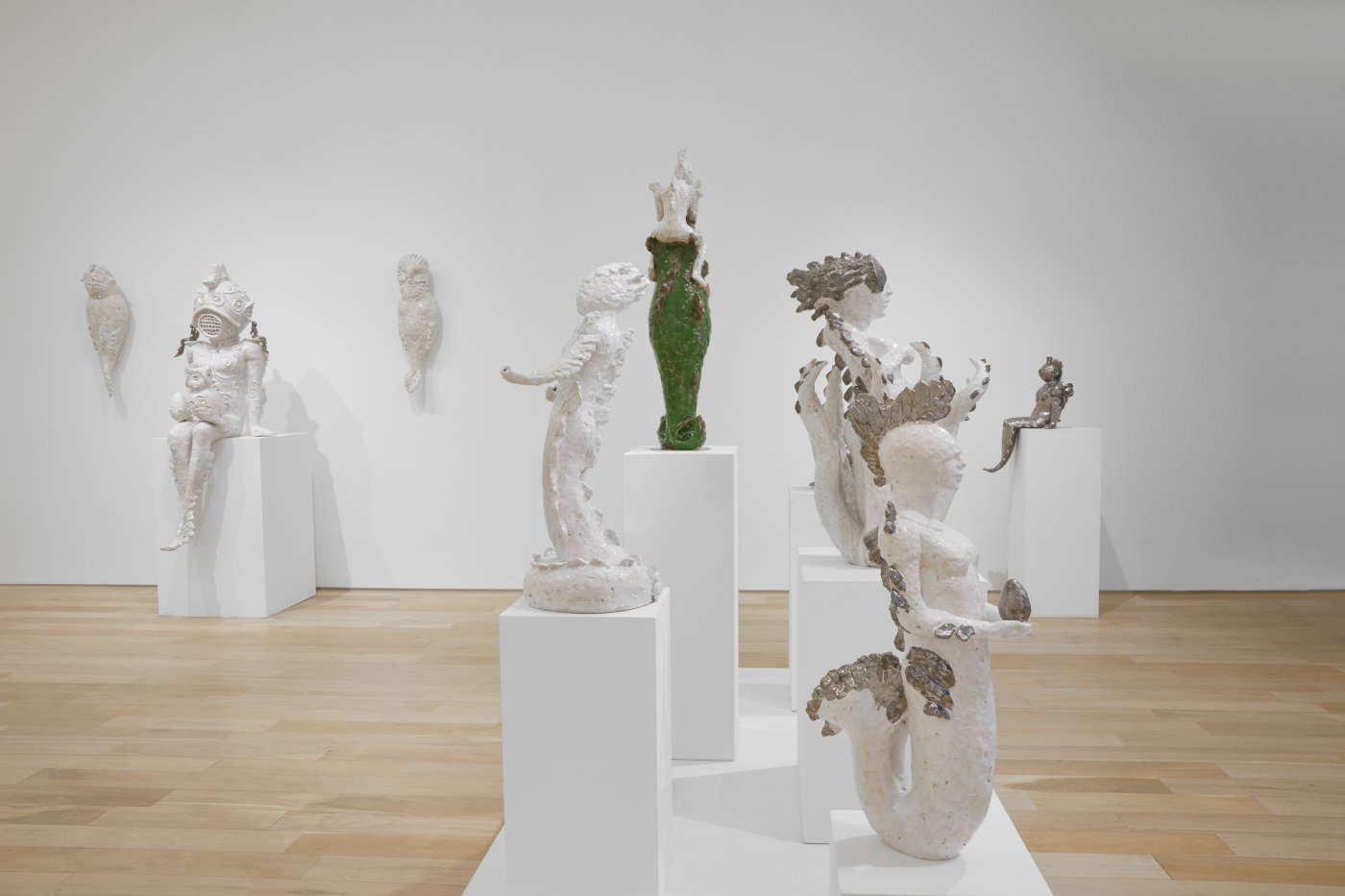 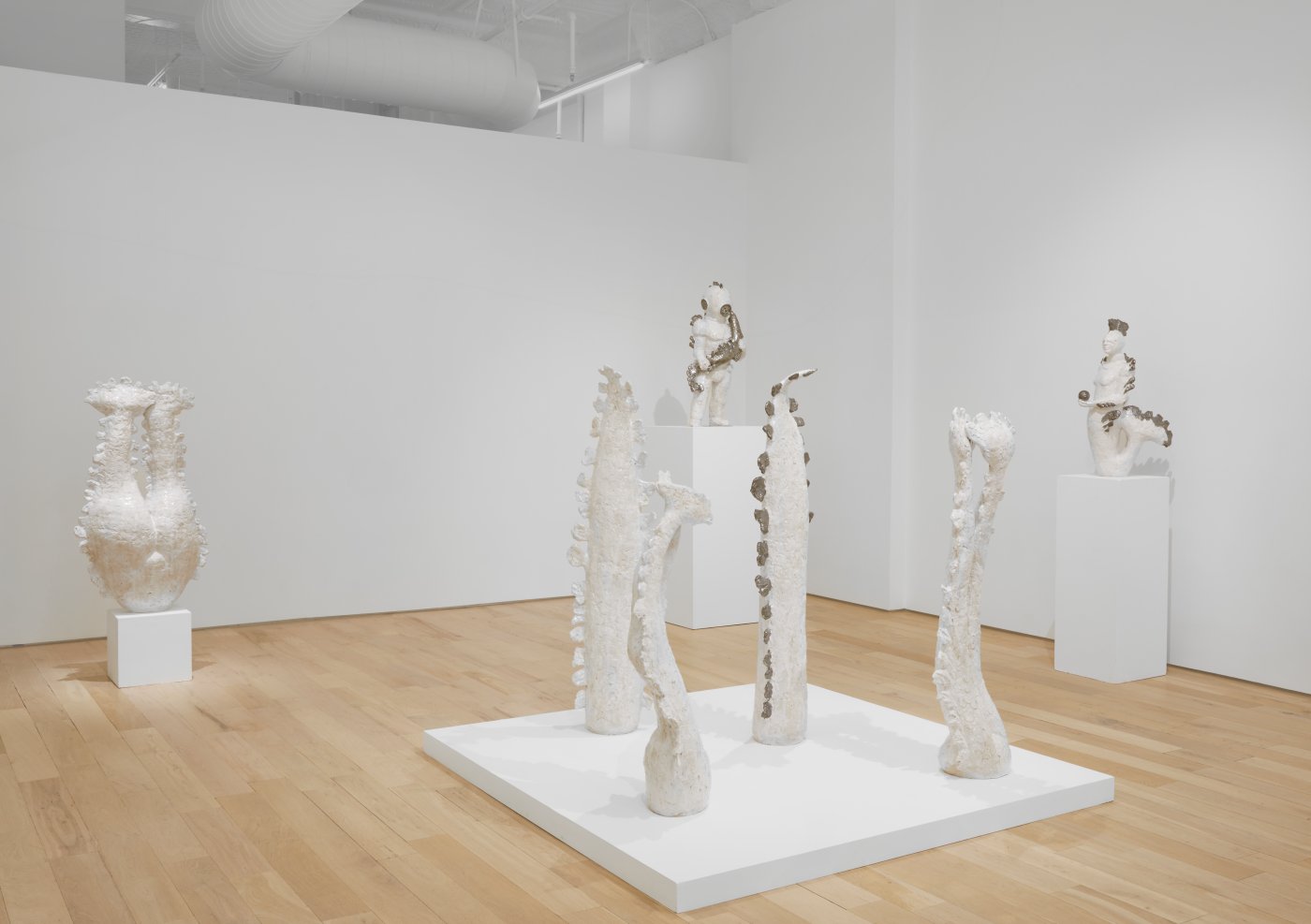 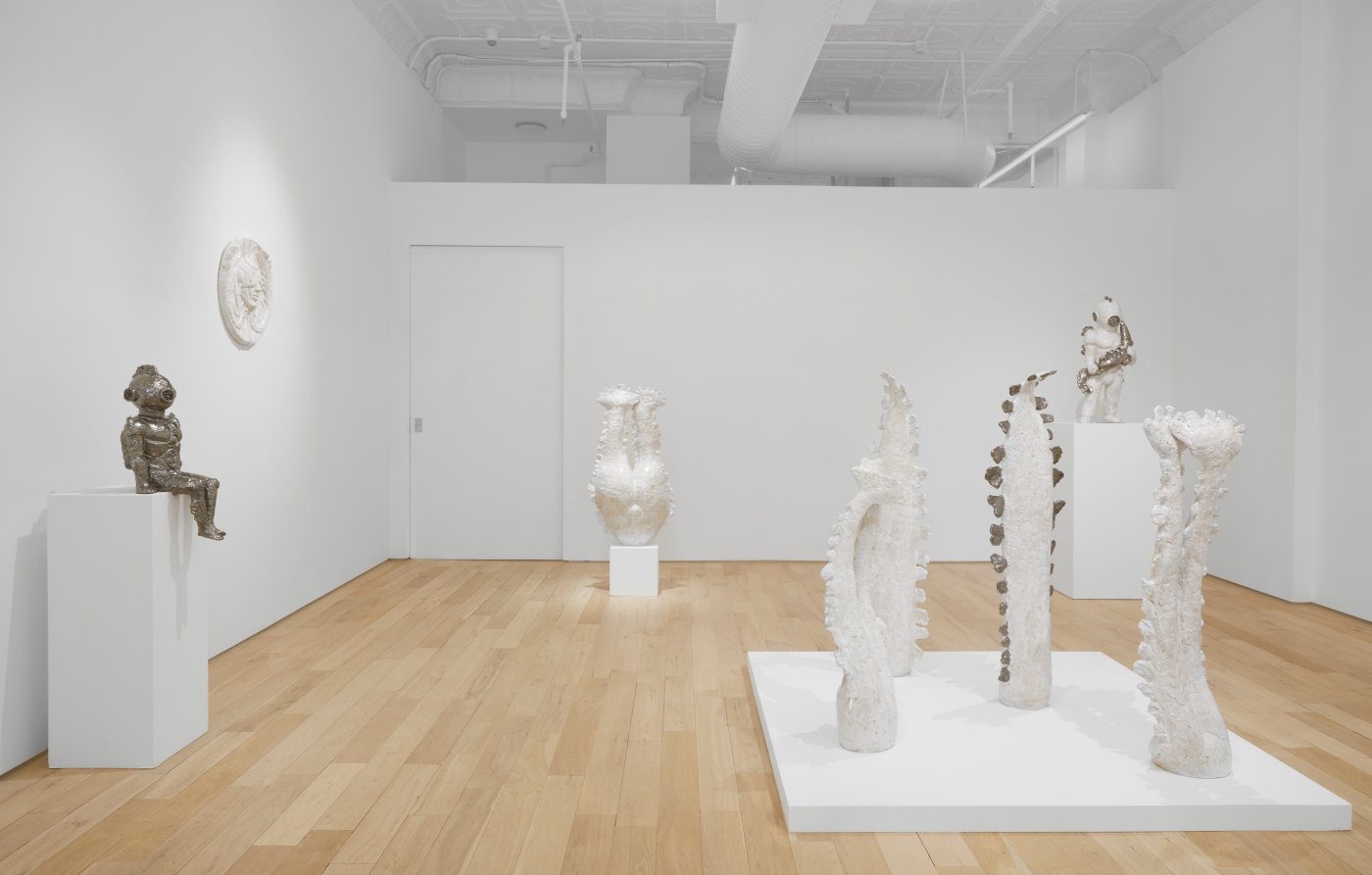 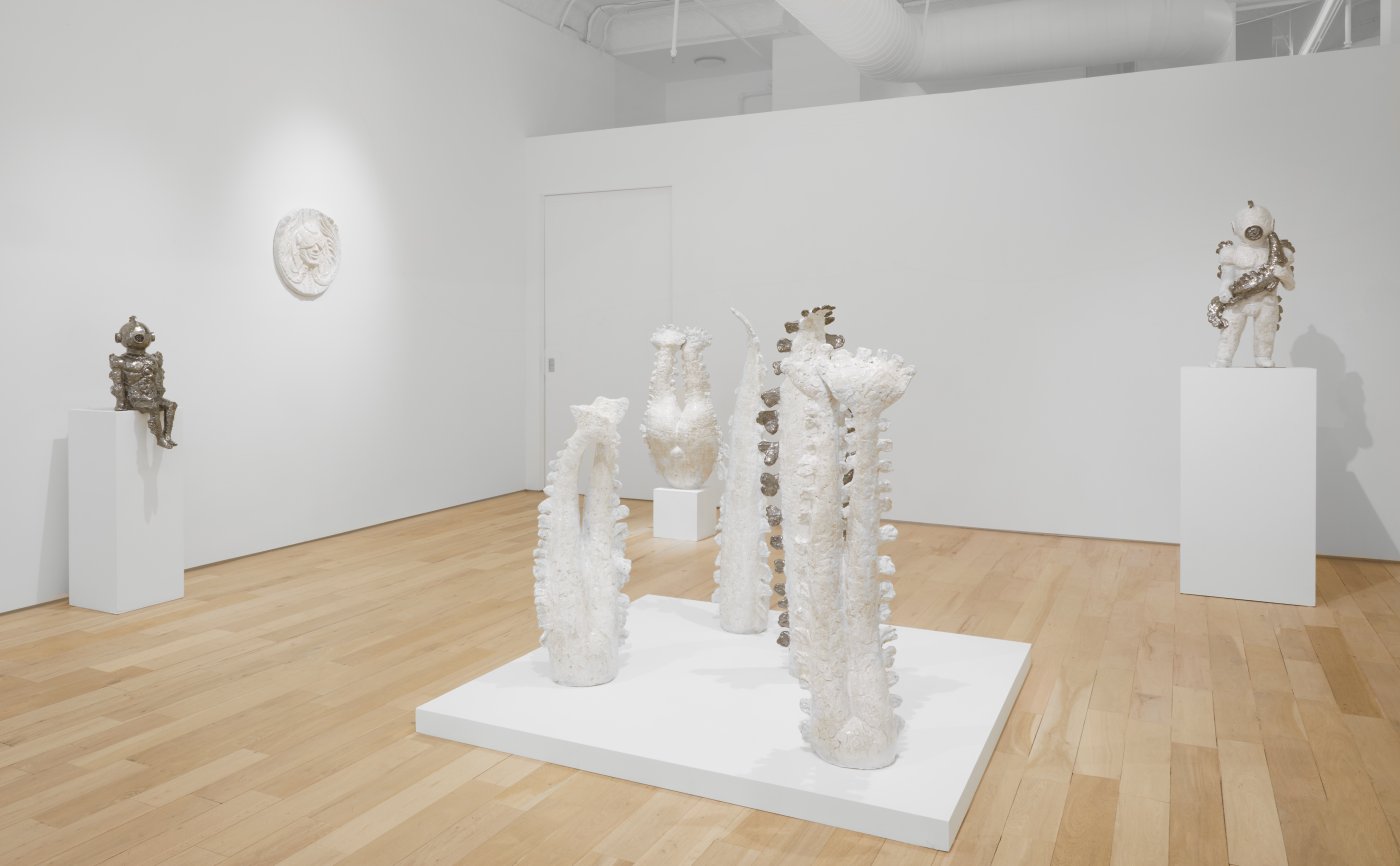 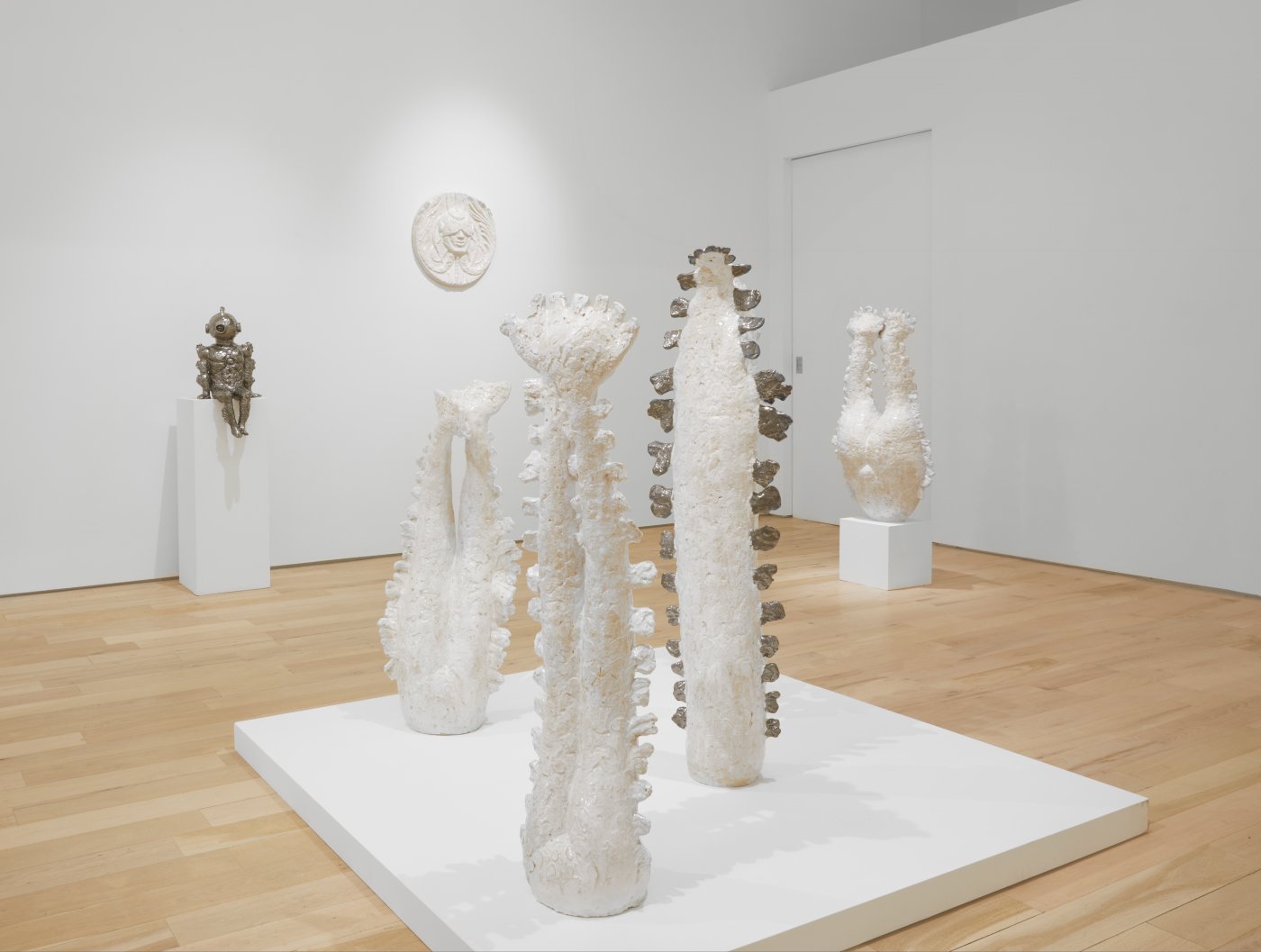 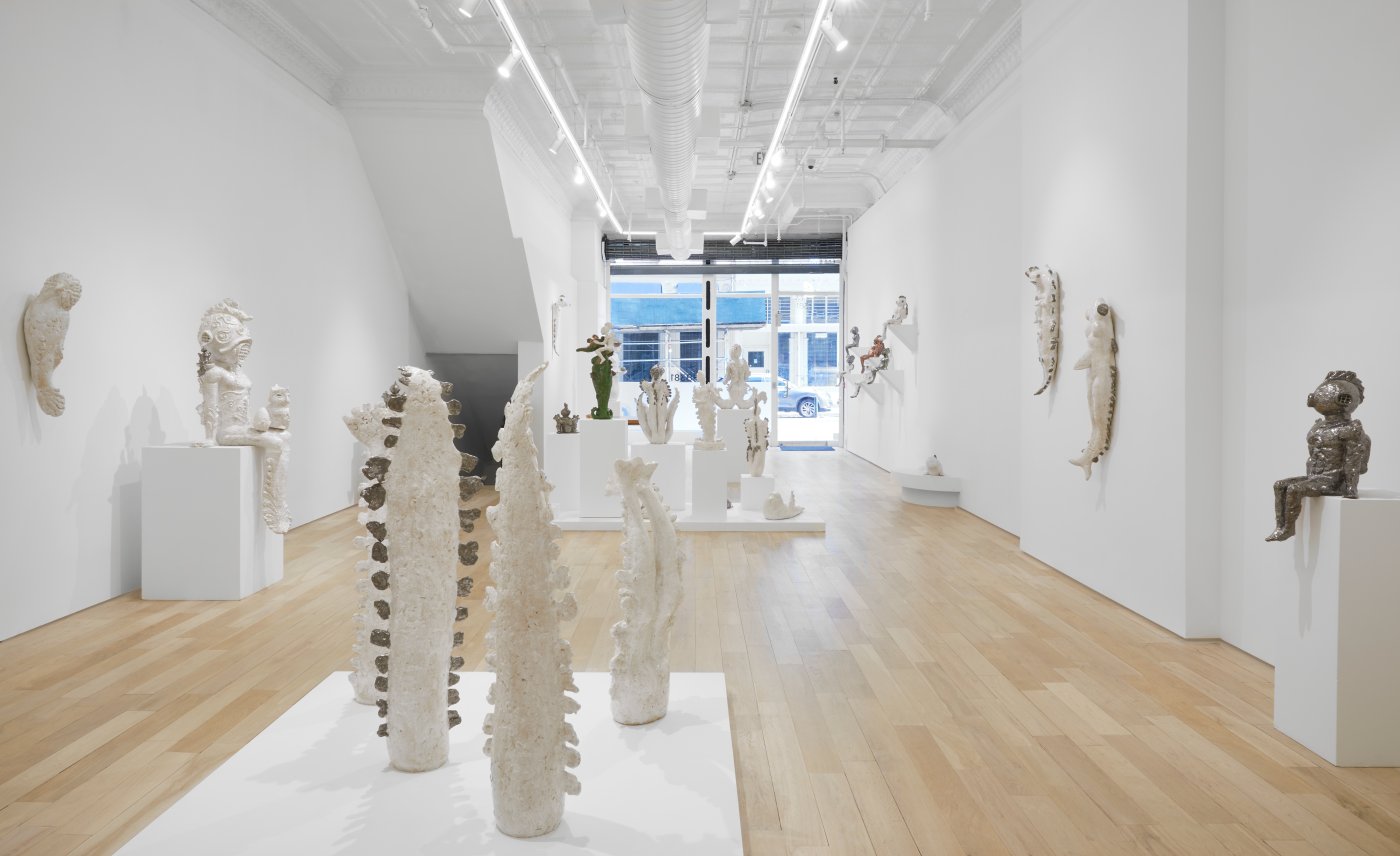 Children of the Flood tells the story of a fictional future era in which Kannosto imagines that humanity is forced to confront and reexamine its place in the ecosystem in the wake of a Great Wave. In this tale, humans return to the sea after tens of thousands of years, in a “reverse evolution,” and conceive of new ways to survive together with the life forms around them. While directly engaging with the urgency of climate change, the works are also imbued with humor and a tremendous sense of optimism, underscored by Kannosto’s deep appreciation for the natural world. Kannosto pulls stylistic and narrative inspiration from myriad sources, including comics, childhood memories, Greek and Roman mythology, religion, and popular culture to tell his stories. The choice of clay as a medium is significant because it is a material that, in his words, has “had magic, beliefs, desires, and knowledge molded into it from the beginning of time.”

In Children of the Flood, groupings of divers, mermaids, and various chimerical creatures develop new structures for family and community. Hybrid beings with human and aquatic features have evolved in response to the changing conditions of their surroundings. This is emblematic of the artist’s faith in humanity and in our ability to adapt and forge connections in the face of adversity. Each of Kannosto’s characters tells a story through coded metaphors. Marine figures holding infants represent fertility, rebirth, and the beginning of a new era, making reference to creation myths as well as depictions of the Madonna and Child found throughout Western art history. A pair of winged seals speaks to the vulnerability of sea life and evokes the image of ancient Egyptian sphinxes — guardians who act as intermediaries between two worlds. By imagining alternate realities, Kannosto illustrates how currently belief in science is eroding while rumors and conspiracy theories gain traction. In Oracle, 2022, a seated merman, inspired by an ancient seer, conveys messages about the future from supernatural sources. The oracle holds a four-faced owl and an egg in his lap, signifying respectively the mystery and continuity of life. On the wall behind him are the mediating figures of Janus, the two-faced gatekeeper of alternate dimensions, and Messenger, whose dove mask is an expression of communication between different worlds. In drawing from a wealth of historical and personal references, Kannosto has created a unique symbolic language to tell his own creation story—an aspirational vision of how we might approach the future.

Sakari Kannosto is a multi-media artist working in Helsinki, Espoo, and Vantaa, Finland, with a primary focus on ceramic sculpture and large-scale installations. He creates fantastical figurative works—often inspired by Finnish folklore and fairytales—that explore the relationship between humankind and nature, and our role within the context of the broader world. Kannosto holds degrees from the Academy of Fine Arts and Haaga-Helia, University of Applied Sciences in Helsinki. In 2014, he was granted an honorary award for environmental education due to his work as a lecturer and teacher. After completing a residency at the Arabia Art Department in Helsinki, he became a permanent member in January 2020 and is now the chairman of the board. He is a Lecturer of Fine Arts at Omnia in Espoo, and has exhibited widely. His work is in the collections of the National Museum of Finland, the Tampere Art Museum, and the Finnish State Collection.

Courtesy of the artist and HB381, New York