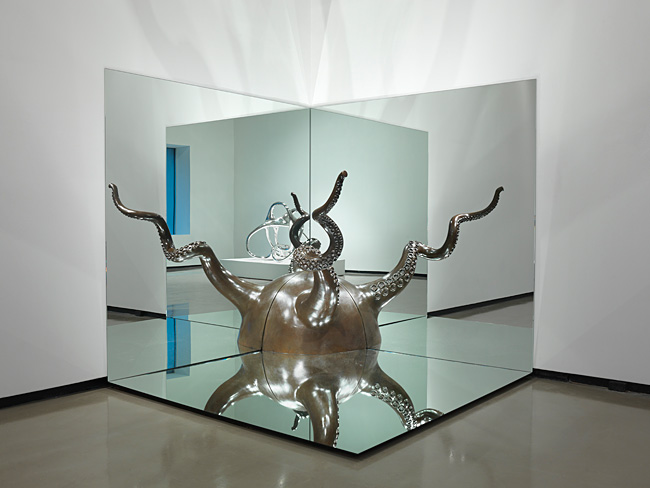 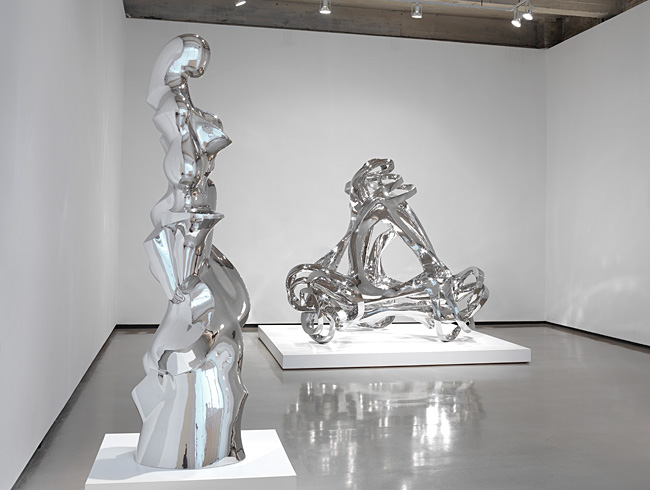 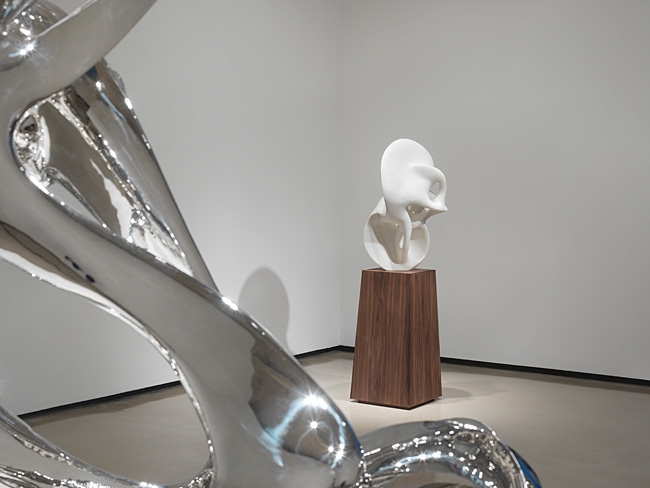 The exhibition marks a further development in Cemin’s pluralistic expanse of work that is both visceral and formal. With his new series, the artist continues to push the boundaries of shape and line, manipulating perspective, and uniting disparate materials and themes within individual sculptures. The seemingly ordered chaos and harnessed movement are indicative of Cemin’s constellation of paradoxical objects. As Cemin states, “I made my work a meeting place for all opposites.”

Simultaneously, an exploration of the rigor of geometry is also entrenched in Cemin’s sculpture. For him, the changeless purity of platonic forms provides a structure through which to illustrate the subconscious, itself disorderly and irrational. Cemin’s personal mythology, articulated through a diverse array of media, shapes, and scales, simultaneously pays homage to structure and embraces the inherent complexity of forms, which change and mutate ceaselessly.

“William Blake said that “Eternity is in love with the Productions of Time,” but, I believe that the Productions of Time are also in love with Eternity, and the result is Myth,” explains Cemin. “Myth and Math is a continuation of this thought that has been the guiding line of my work. Forms come out of Chaos. They represent order but they bring Chaos within themselves, then to it they return.”

Sculptures such as Athina and Cherub refer directly to mythological figures, products of a different time that have been made eternal through storytelling and art. Love and Mathematics explicitly combines the emotional and the rational, two seemingly contrasting concepts which Cemin is able to jointly explore with his chosen artistic medium. A de Amor takes the letter “A” and twists it beyond recognition, simultaneously destroying its meaning and creating a new interpretation for an old symbol.

Saint Clair Cemin was born and raised in the rural town of Cruz Alta, Brazil, and went on to study at the École Nationale Supérieure des Beaux-Arts in Paris. His work has been exhibited widely throughout the United States as well as abroad and is included in the collections of the Whitney Museum of American Art, New York; Fonds National d’Art Contemporain, Paris, France; Fisher Landau Center For Art, Long Island City, NY; Rooseum, Stockholm, Sweden; The Broad Art Foundation, Los Angeles, CA; the Museum of Contemporary Art, Los Angeles, CA; and Inhotim, Minas Gerais, Brazil, among many others. Cemin currently lives in New York and has studios in Beijing and Red Hook, New York.