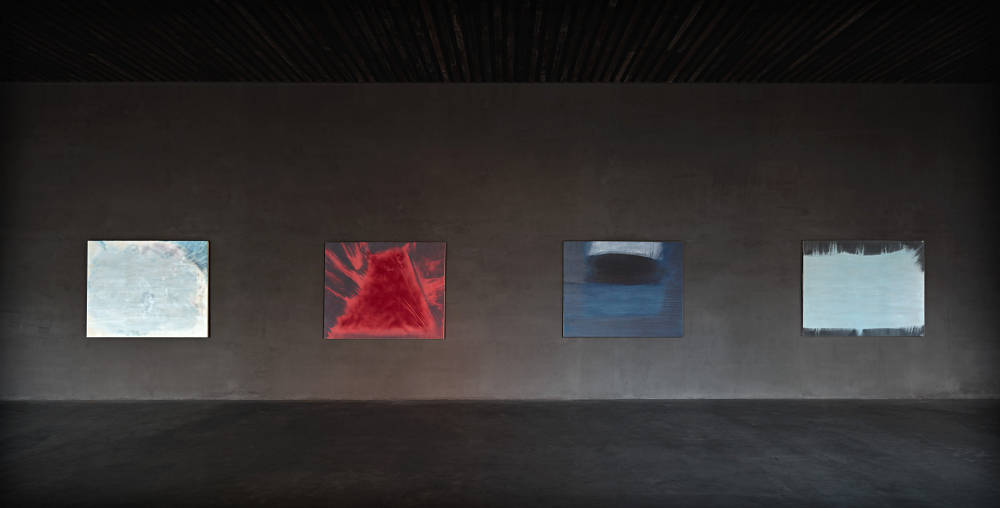 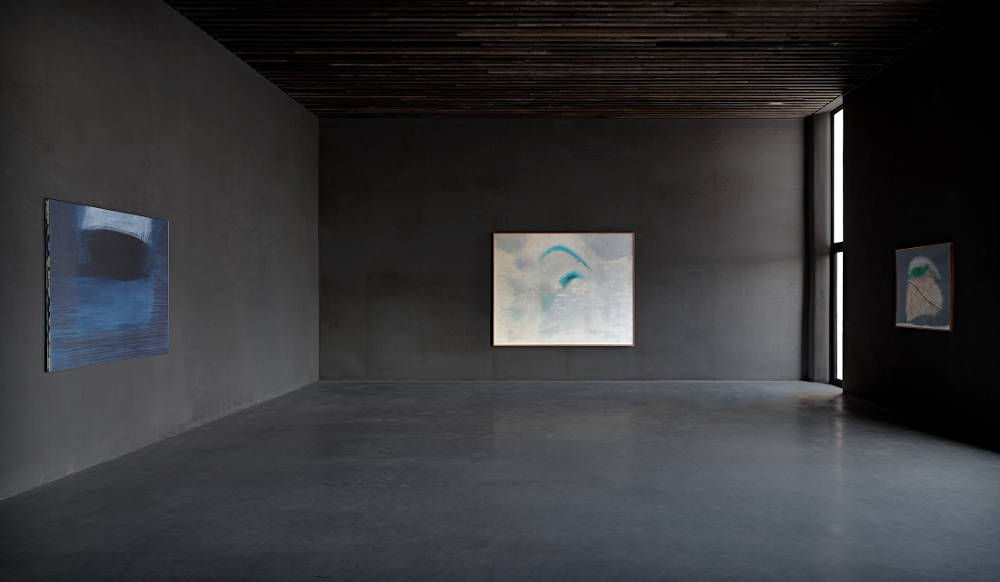 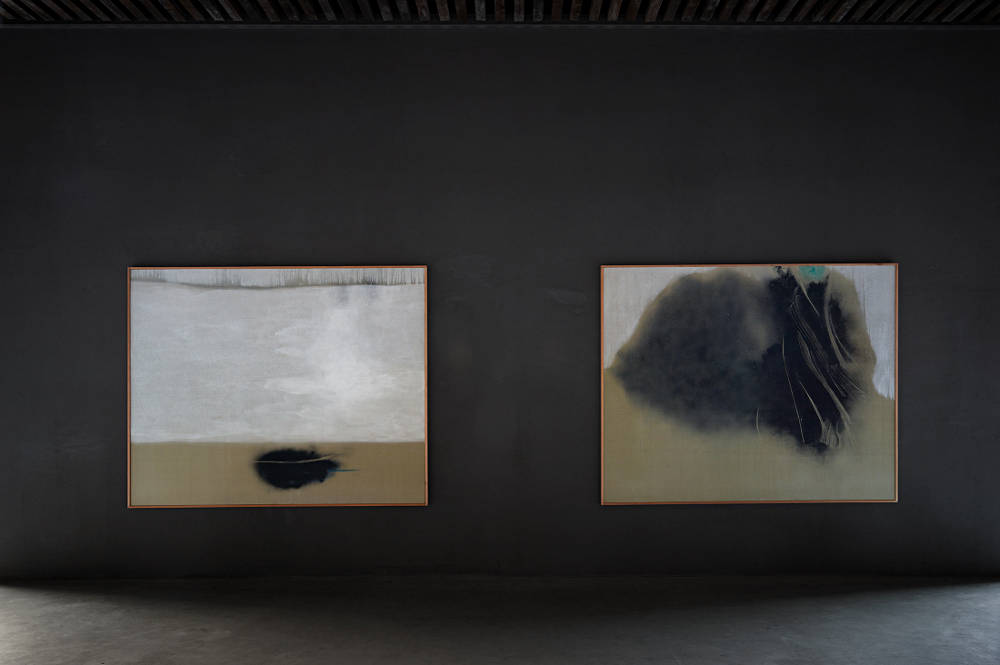 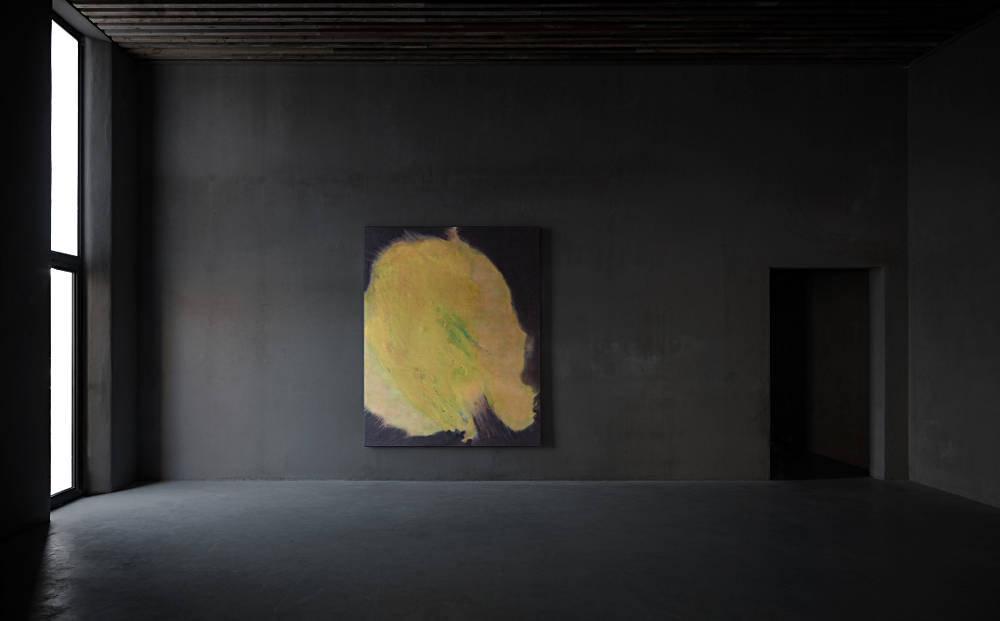 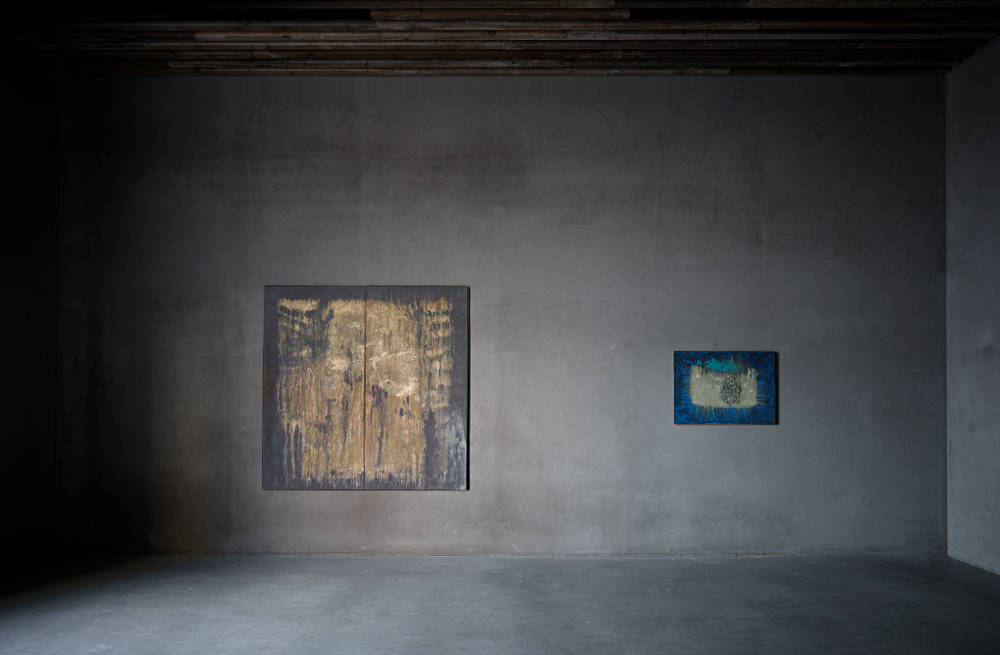 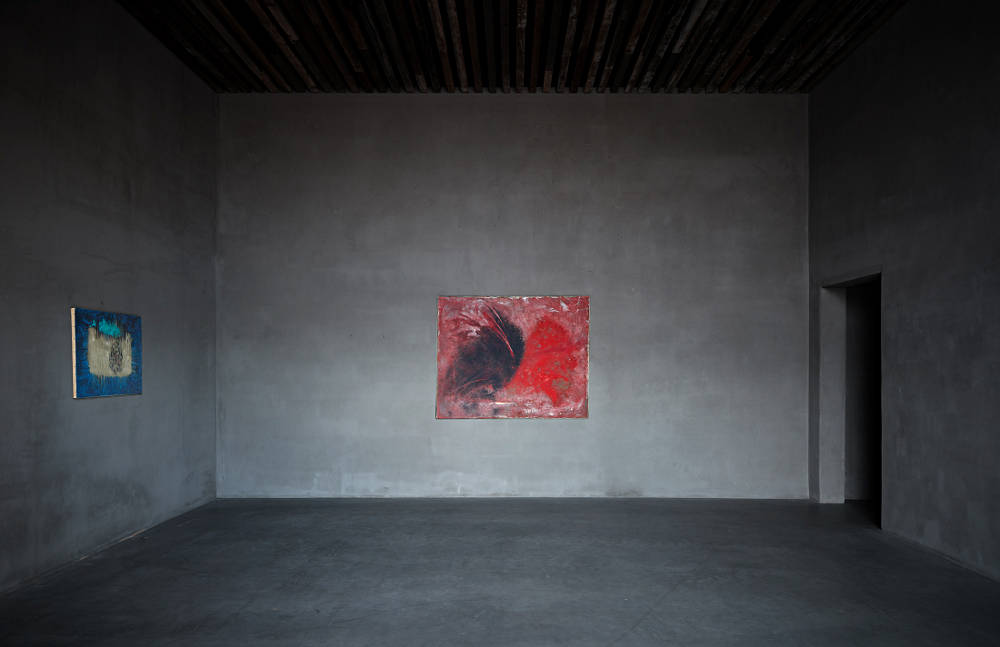 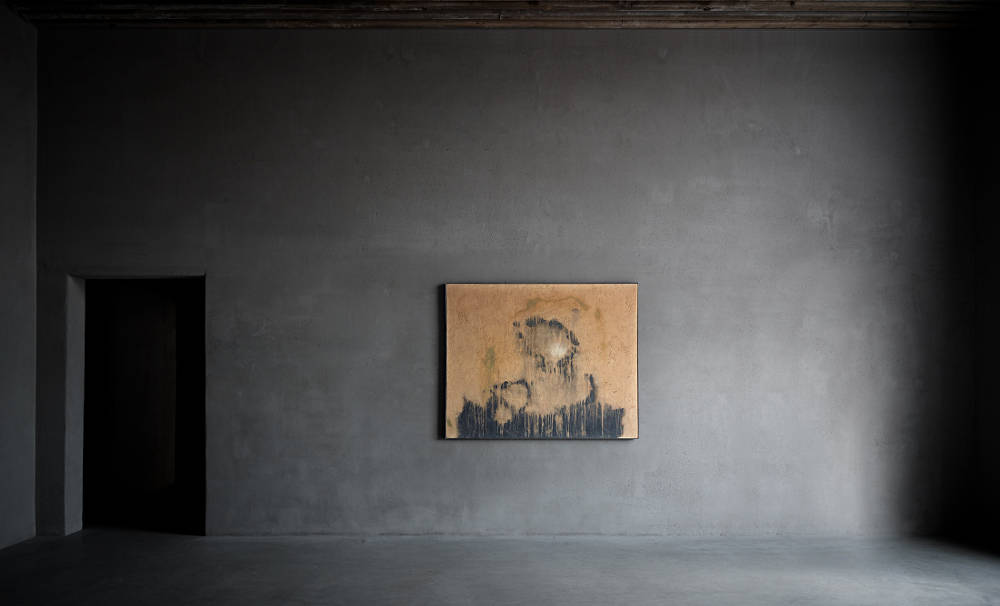 Starting in 2016, the gallery has presented a series of exhibitions that have explored how the late artist pushed the boundaries of classic art forms. Interested in bending the rules of nihon-ga (traditional Japanese painting), Tanaka retained some of the time-honoured techniques and materials, while utilising them in completely original ways. This led him to establish a uniquely abstract style and totally new method of painting, starting in the early 1960s and continuing until the 1990s.

Tanaka’s life was marked by a constant and deep curiosity in a variety of genres. The current exhibition lets the visitor discover an overview of his career and provides more insight into his highly personal and creative practice. Between 1965 and 1967, Tanaka joined the important avant-garde group, the Gutai Art Association. He became one of the best friends of Kazuo Shiraga, who introduced him to the founder of the Gutai movement, Jiro Yoshihara. This strong friendship exerted a great influence on Tanaka, as he learned about the original ideologies of Gutai, for which it was important to create things that have never been done in the past. The name “Gutai” was meant to “…present concrete proof that our spirits are free”. A painting doesn’t have to represent anything; it represents nothing other than itself.

It’s perhaps because Tanaka’s work is not as legible under a Western art historical rubric that he’s relatively unknown in comparison to other Gutai artists, such as Shiraga and Shozo Shimamoto, whose physical and action-oriented paintings resemble Abstract Expressionist or Action Painting works. Rejecting the conventions of American and European painting, Tanaka chose to work with materials such as mineral pigments, powders, stones, paper, Sumi ink and silk. Almost as a religious gesture, Tanaka explores the relationship between the human spirit and the material, so his abstract work becomes very meditative and intuitive, expressing his spiritual strength.

Beginning in the 1960s, prior to his Gutai period, Tanaka set his sights on abstraction and produced a number of mineral works, often numbered and entitled Sei or Kei. The roughness of the pigments and their natural sheen brightens up the darker background of the canvas. Tanaka piled up a thick heap of mineral pigments dissolved in animal glue in the centre of his paintings, creating a large plane of colour. Crushed ore is the main ingredient in these pigments, and as these tiny particles shine in the light, they create a hard, yet delicate texture, which is impossible to achieve with oil paints. He also added pebbles to expand the pigments. Based on the combination of this powdery texture and the lines that overflowed from the edges of the colour plane into the surrounding picture, Tanaka’s works of this period can be seen as a kind of art informel painting.
First of all, nature and human beings are in sync with each other. Nagashi is a natural power – yin and yang. Form is human power. Beauty exists in a confrontational struggle. Opposing lines and shapes.

Tanaka’s canvases evoke the primordial, featuring the coagulating masses of mineral pigment and assorted sedimentary materials emerging from darkened backgrounds. The artist did not seek to wholly control his materials, instead allowing the shimmering ores to crack, drip, and transfigure. Displacing earth onto canvas, Tanaka harnessed the power of natural beauty under the mastery of human creativity. In this way, he acted as a mediator between man and nature, constantly renegotiating his personal relationship to his art.

In his later works from the 1980s and 1990s, Tanaka adopted a slightly different style of expression. After thinly coating the entire picture plane with natural mineral pigments fixed with glue, he added obscure forms that looked as if they had been sprayed on, before adding extremely minute scratches on top. While in the 1960s, the works combined the intensity and delicacy of various hues of black, the later works from the late 1970s and 1980s took on a brighter and airy quality through the use of colour, such as shades of blue. In his works from the 1980s and 1990s Tanaka even added glass powder to the pigments to create white blurs. Using feathers and white sand, the works convey various aspects of nature.

Tanaka constantly confronted and experimented natural power, and he seems to have locked horns with human (or his own) power and attempted to express beauty through his work while grappling with nature. The stylistic change signified the development of a distinctive Japanese view of nature from a material, which was intended to express opposing views between Japan and the West, to a subject. This was the last and greatest frontier he reached in his work.

In collaboration with the Estate of Ryuji Tanaka, Axel Vervoordt Gallery represents the late artist and aim to give prominence to his body of work through a series of exhibitions and publications. In 2016, Axel Vervoordt Gallery published the first monograph on Ryuji Tanaka, on the occasion of his first solo exhibition at the gallery in Antwerp (10 March – 30 April 2016), with texts by Alexandre Carel and Koichi Kawasaki. The same year, a second exhibition was held at Axel Vervoordt Gallery Hong Kong (24 August – 4 November 2016). Last year, Axel Vervoordt Gallery and Simon Lee Gallery collaborated to introduce the artist’s legacy in London (23 June – 25 August 2017) and in New York (13 September – 28 October 2017). Via these exhibitions and publication, the gallery intends to contribute to the urgent need of scholarship on the artist and put into focus lesser-known Gutai artists who—though they were introduced to the Western art world through “Gutai: Splendid Playground” the Solomon R. Guggenheim Museum’s seminal 2013 exhibition—had previously been underrecognized.