Ryan Gander: These are the markers of our time

Ryan Gander: These are the markers of our time

Ryan Gander opens Lisson Gallery’s new space in New York with an exhibition highlighting time as the new currency, reflecting on how – in an age of identity politics, selfie culture and an incessant need to shout the loudest – the focus of our time should be on the value of time itself. 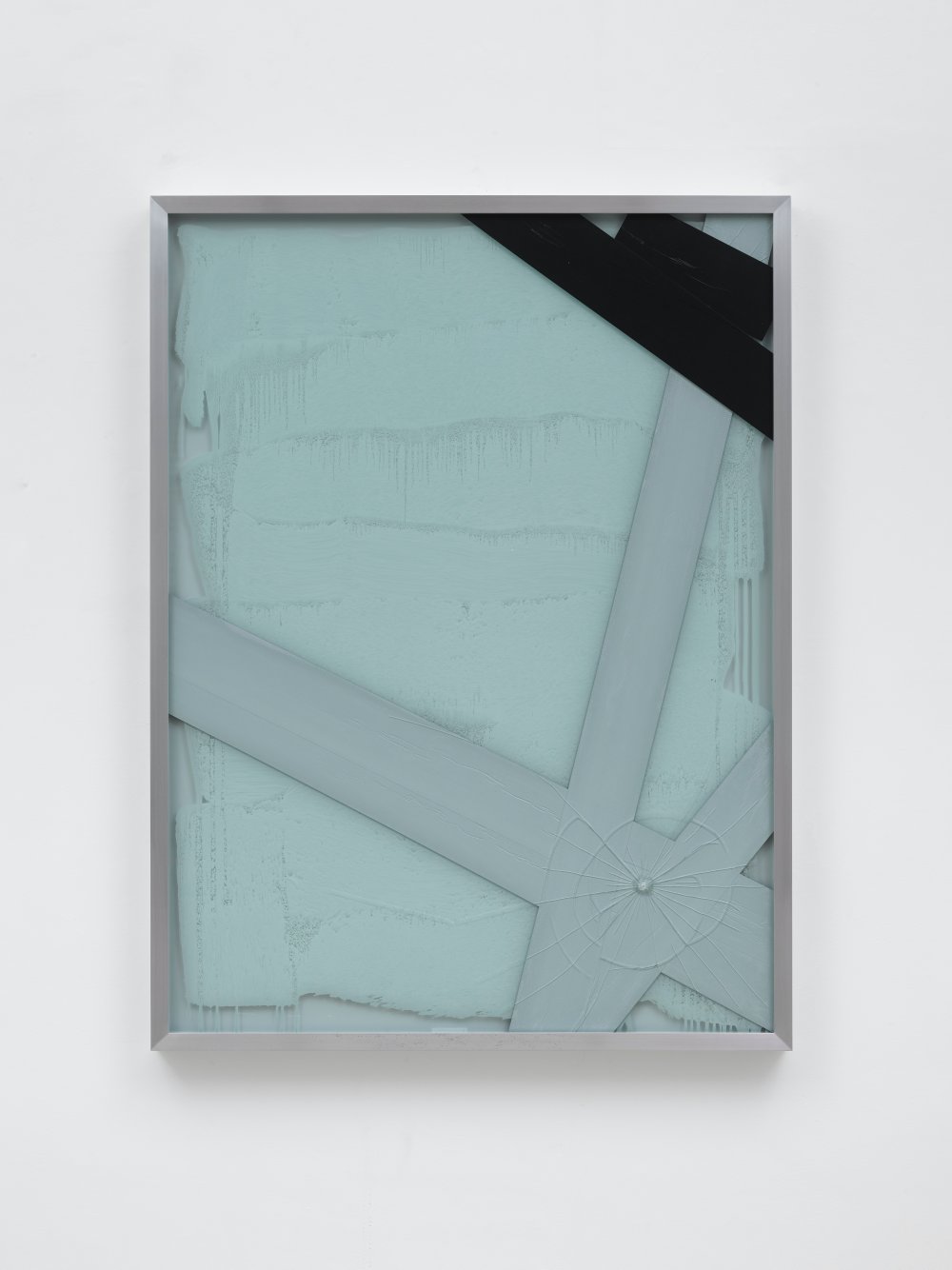 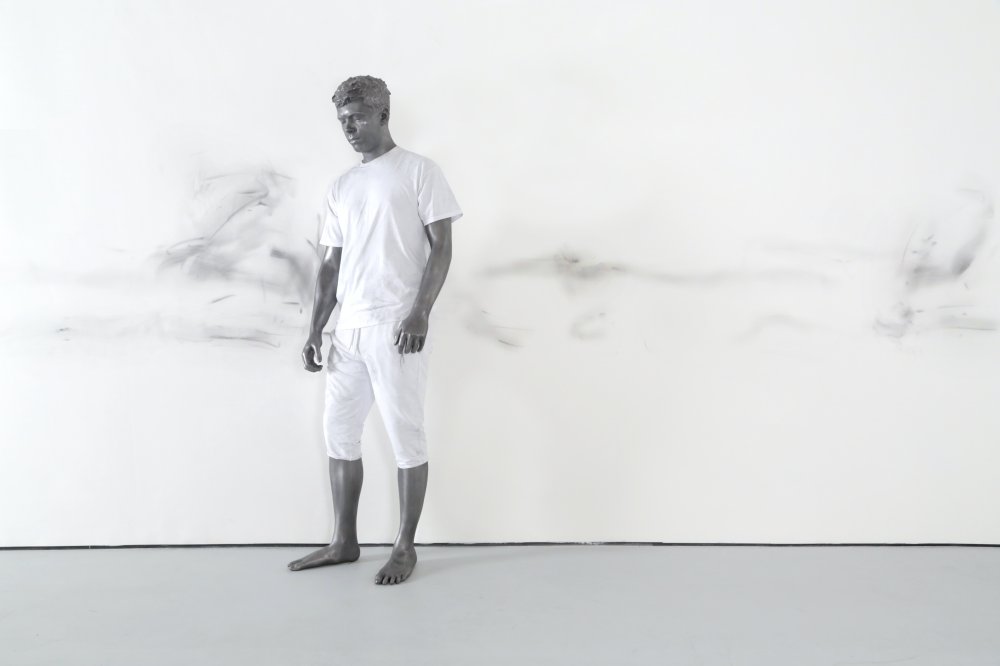 The exhibition is made up of many individual works that create a whole, like chapters in a book, but with no linear beginning or end. Upon entering the space, the visitor is presented with a feeling of disarray – from broken glass to graphite marks on the walls – where each work is a piece of the puzzle, referencing Gander’s interest in chance, serendipity and storytelling, laying out a series of clues and markers to be decrypted.

In his last exhibition at Lisson Gallery London, Gander encouraged the viewer to allow a natural course of action, claiming that time has its own course, a power that we cannot control. Gander now delves into the complexity of our experience of time, reflecting on the two Greek terms for time: ‘kronos’ and ‘kairos’. While we just have one word to describe many realities, the Greeks used ‘kronos’ (or ‘chronus’, from which ‘chronology’ is derived) to refer to linear, sequential, measureable time, and ‘kairos’ to describe a circular time, dancing back and forth with no clear beginning or end. Arguably today, ‘kronos’ prevails, in a world driven by clocks and calendars. This also reflects our incessant growth-led culture and fear of the unknown, where all visualisations of the future are seemingly apocalyptic, contrasting to for example, the optimism of futuristic science fiction films.

Leaning on one of the walls is the one figurative element of the show – Balthazar: Bit Part Player. Having just marked the pristine walls of the gallery, as well as his own perfectly white tracksuit, with smudges of graphite, the figure’s posture is one of resignation or fatigue as his form collapses towards the floor in an act of endless waiting. Gander here comments on our collective obsession with legacy, mark-making: our attempt to interrupt the natural course of time by reinserting ourselves within it.

A selection from Gander’s Broken Windows series (2019) –­ geometric, abstract paintings – are hung on the walls of the gallery. These works are created by happenstance: Gander places a sheet of glass on a table and, without being able to see it, smashes the glass with a hammer. He then tapes over the cracks with black gaffe tape, resulting in an abstracted composition that marks a moment in time, each different from the next, created by a planned accident. The theme of fortuity continues within the works: hidden within each Broken Windows painting hides a fortune cookie describing an idea for an artwork. This series also alludes to the ‘Broken Windows Theory’, referencing the history of sociological transformation in New York, and demonstrating how profoundly humans are affected by the aesthetics of their surroundings.

The information Totem, a mirrored screen, displays a controlled reading of a new work, Gander’s Staccato Refractions (2020). Taking the form of a digital animated concrete poetry, the Totem displays the prose, choosing chapters in a random order, meaning any given visitor receives a unique narrative. The text investigates our fascination with the invisible values represented by tangible things, nationality represented by a flag for example and the opposing notion of the Black Box, the devices that we interact with that we can’t comprehend… (in science, computing, and engineering, a black box being a device, system or object which can be viewed in terms of its inputs and outputs without any knowledge of its internal workings, highlighting the way we give value to objects that we cannot physically understand. A transistor, an engine, an algorithm, the human brain, an institution or government.)

In the far side of the gallery, a tiny white mouse emerges from debris in the wall. “If you had ten days to live, would you spend it looking at Instagram?”, the mouse asks. Written by Gander and read by his youngest daughter, the mouse sermonises some of the biggest questions that face humanity, from our ability to cognitively time travel to our limitations in being able to foresee our own end. Demanding our attention by refusing to be the one that shouts the loudest, we kneel down to hear what the mouse has to say. Nearby (first greeting you by the window), three animatronic stray cats can be found – one ginger, one tabby and one white. Luckily for the mouse, The squatters (as Gander titles them) are relatively benign and disengaged, instead found sleeping on their newly-claimed homes: pedestals previously owned by historic works of art by Susan Hiller, Richard Wentworth and Ceal Floyer.

The theme of play and chance continues throughout the exhibition with a vending machine filled with graphite pebbles – cast from real pebbles found on the beach, one of these holds the key to the whole machine and its contents ­– and a crumpled up letter, A Letter to a Young Artist, written by Gander to himself when he was eight years old. A new work, entitled Shapeless Endeavour (2020) will also be on view. This marble sculpture, designed in code to be digitally eroded by a light falling of snow, reflects on man’s interference in the natural order, and our impact on the deterioration of the planet.

The exhibition follows the release of British rock band, the IDLES’ new music video, directed by Gander; and precedes the launch of a new Gander-designed sportswear line with Kappa, realised with A FOUR Labs and Kazuki Kuraishi which will be released later this year. The texts featured in this exhibition were realised during an extensive period of research supported by Princeton University, Hodder Fellowship 2019.

Ryan Gander, What you lack in poetry you can not make up for in ambition, 2019-2020. Black dollar vinyl on floor. Dimensions variable © Ryan Gander. Courtesy Lisson Gallery