The gallery presents The Passengers, a new solo exhibition of works by Rui Moreira, bringing together drawings made by the artist over the last two years. 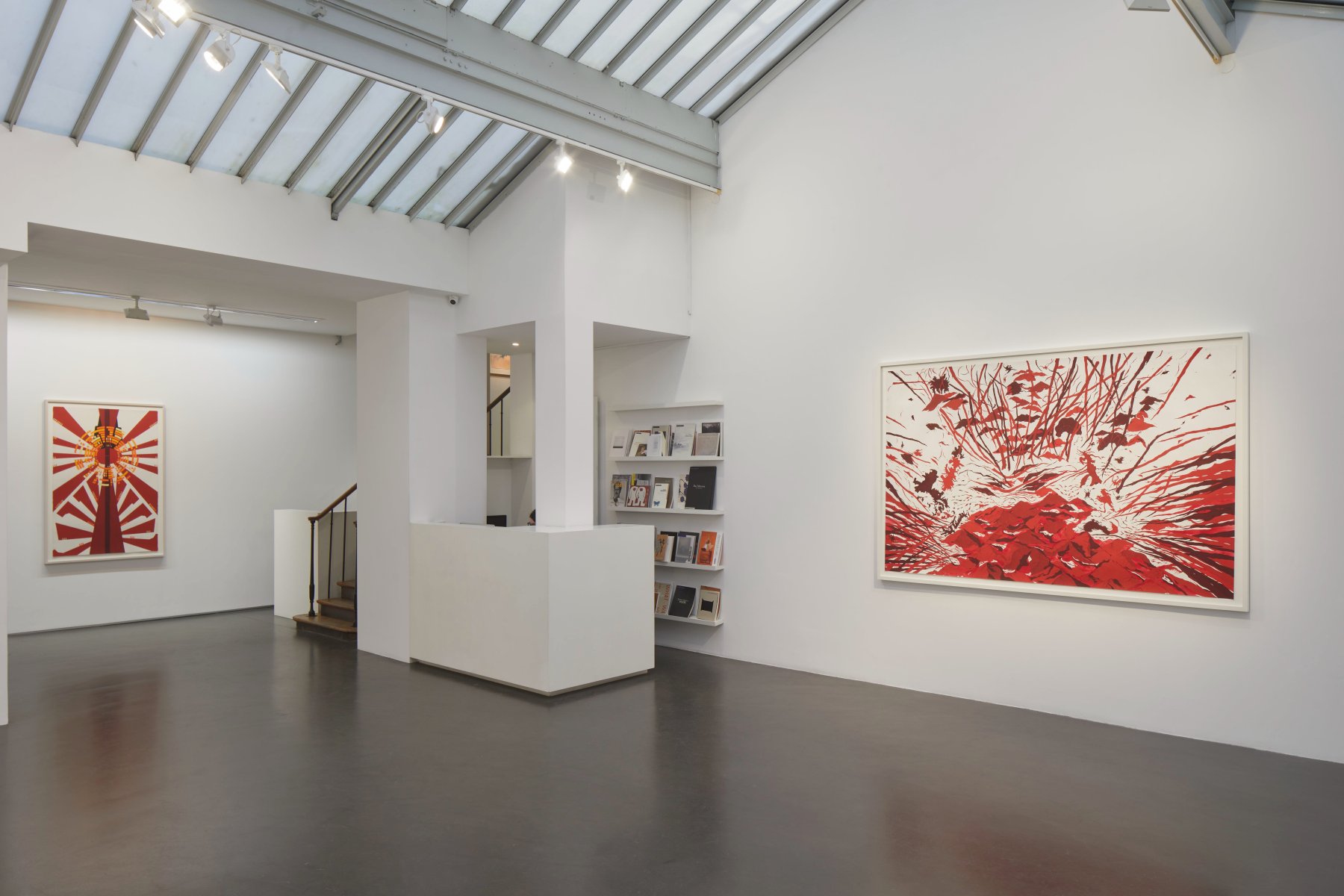 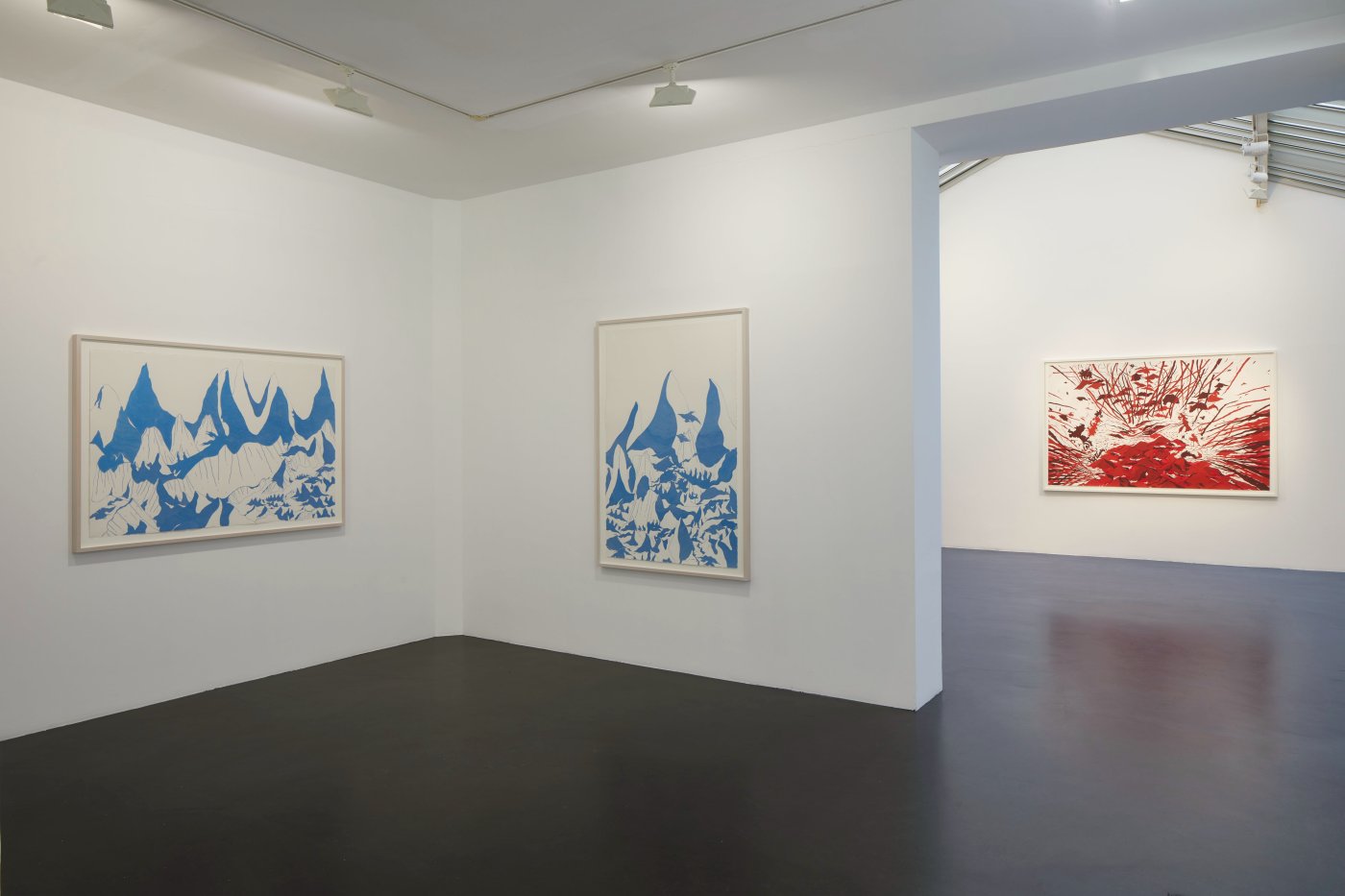 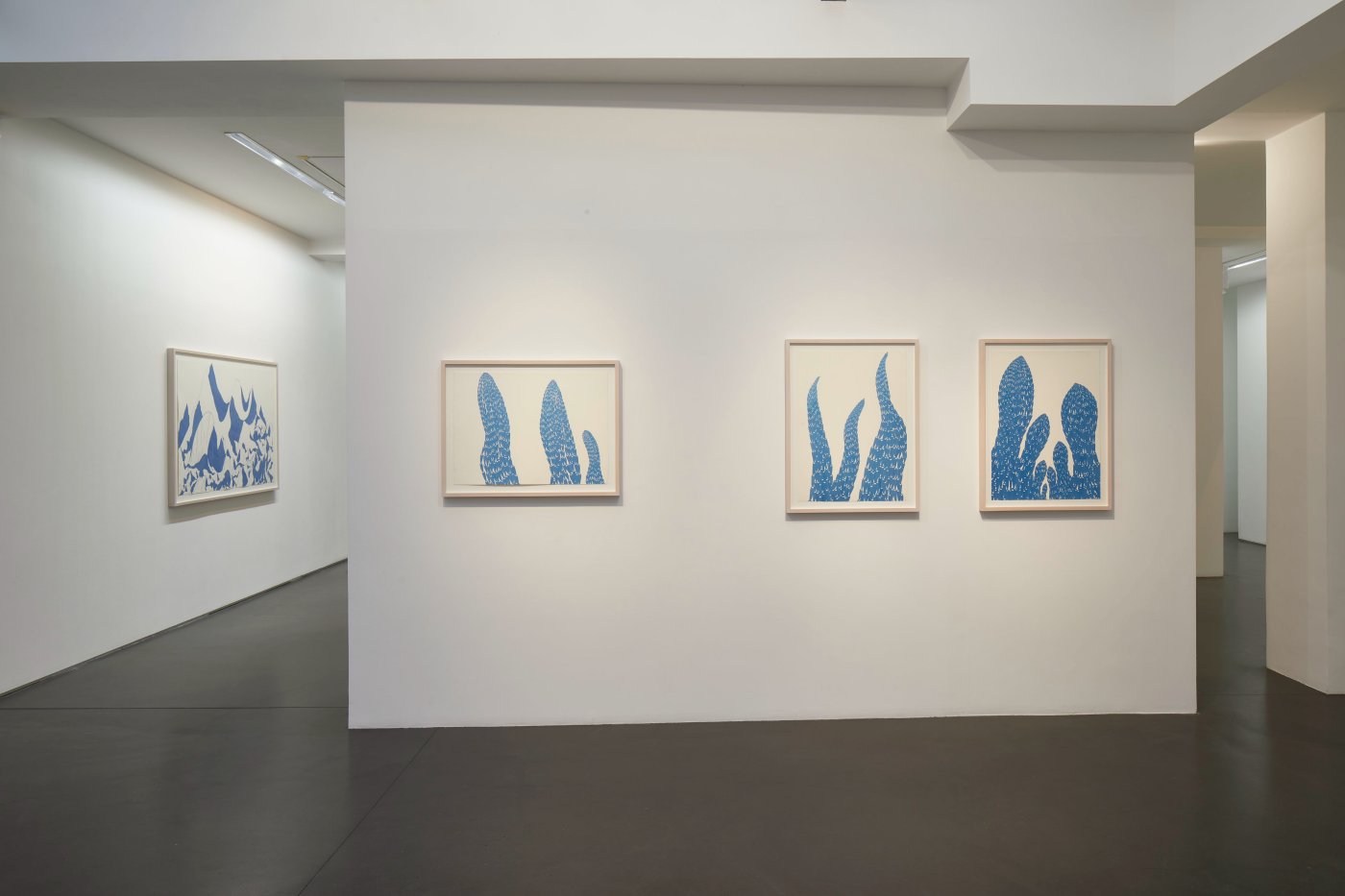 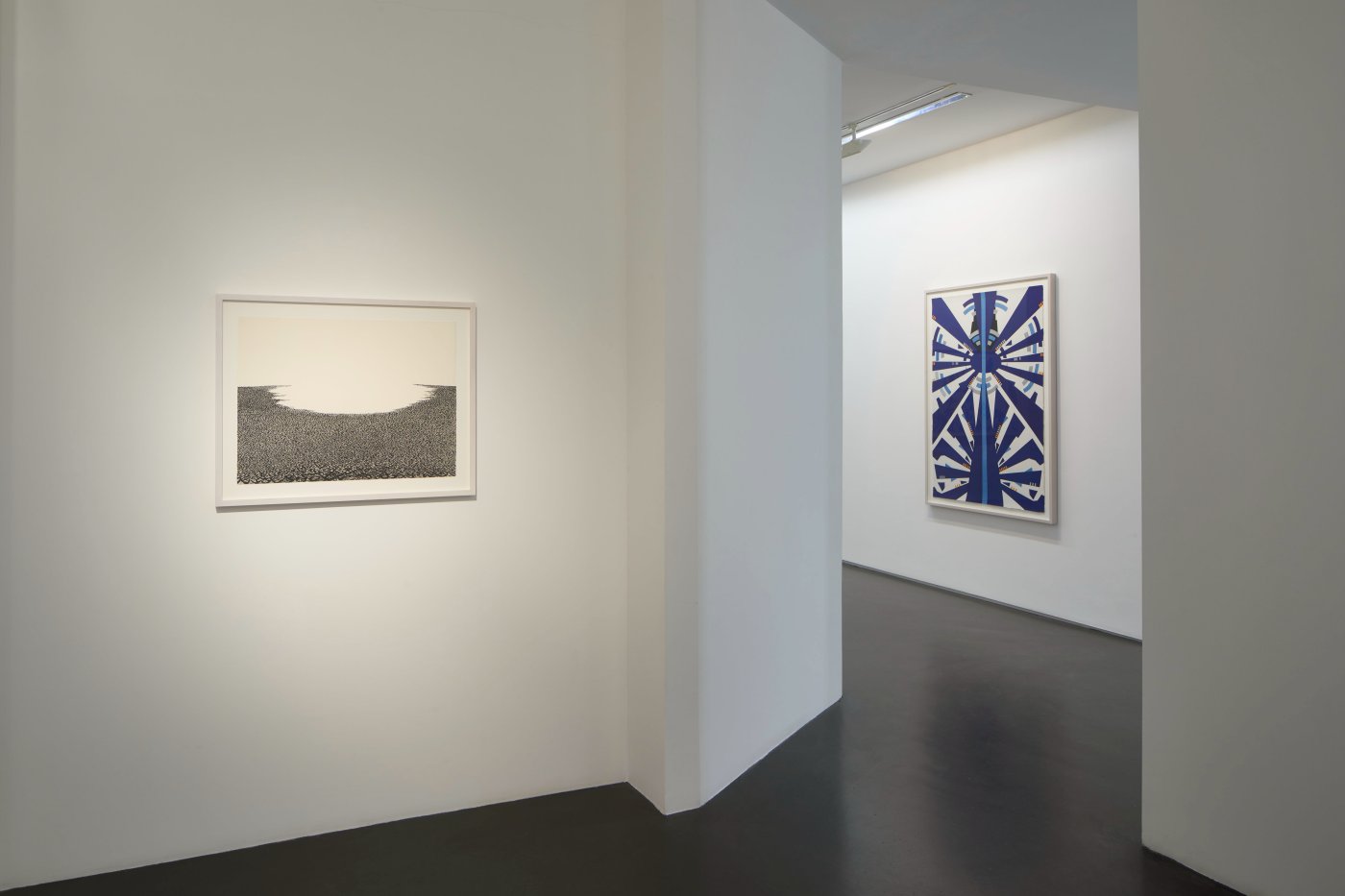 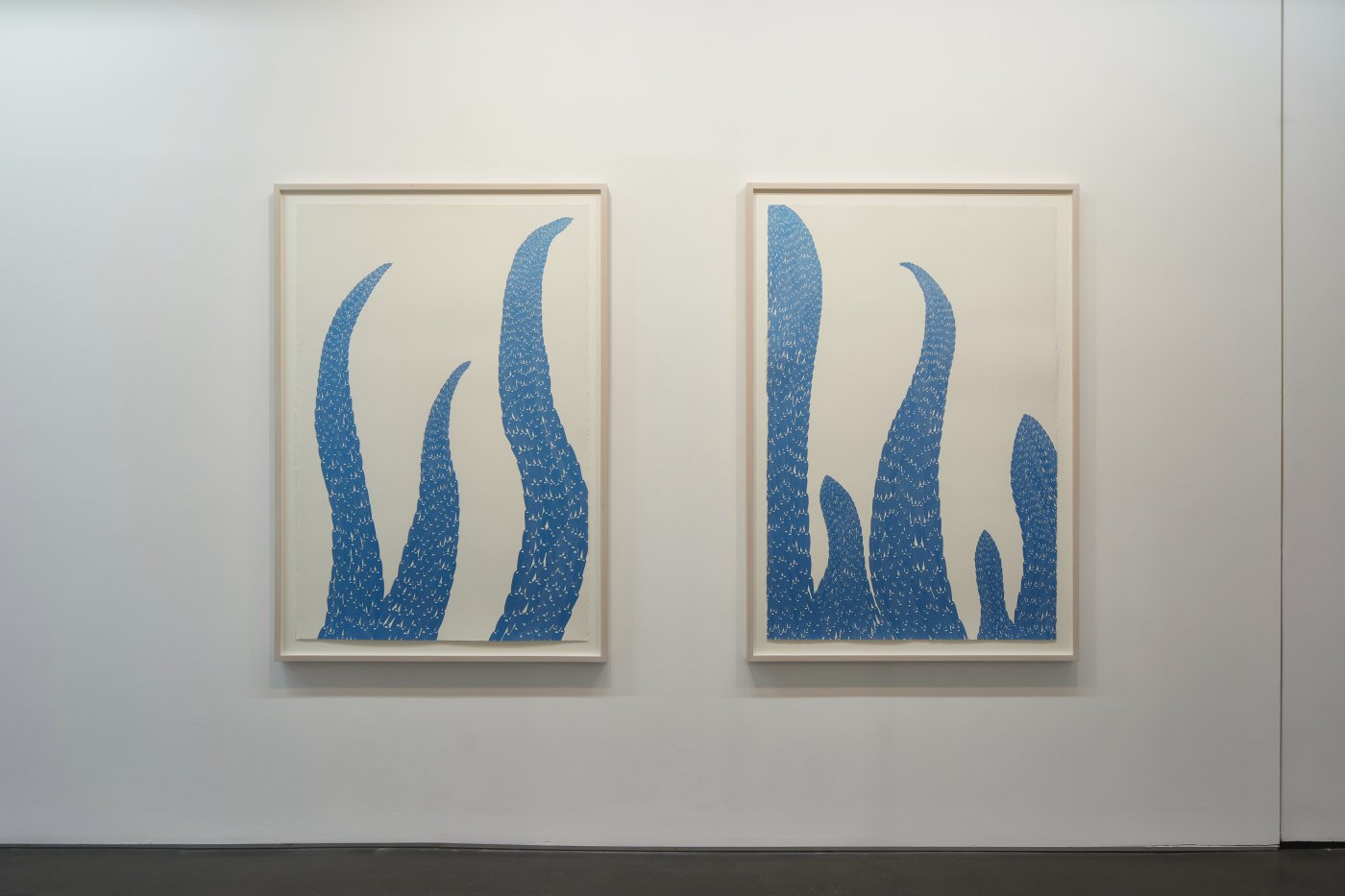 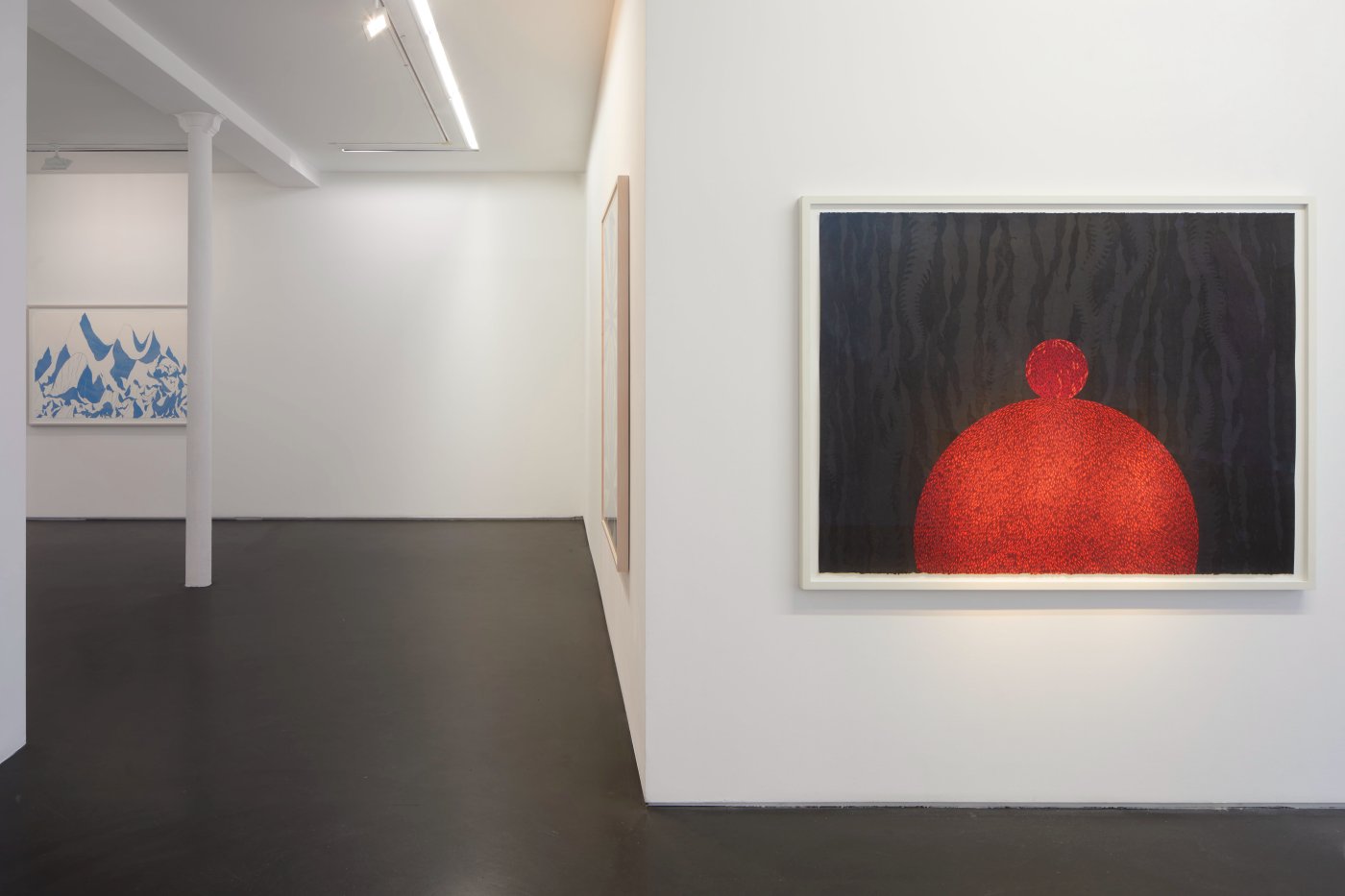 Since 2008, the gallery has dedicated several solo exhibitions to Rui Moreira and accompanied many exhibitions of his work organized in international institutions: the Mudam Luxembourg in 2014, the Municipal Galleries in Lisbon in 2016, the International Arts Centre José de Guimarães in 2017, the Fosun Foundation in Shanghai in 2018 and the Berardo Collection Museum in Lisbon in 2019.

This series of drawings was created during the first lockdown in 2020, during a period when the world was shaken by the pandemic. Forced to stay at home, we saw our only relationship to the outside world reduced (or almost) to being inundated with the daily number of Covid-related victims.

In the atmosphere of disbelief, gravity and troubling strangeness linked to these anonymous statistics, the artist gave birth to The Passengers as a way of paying tribute to them—to give visibility, life and dignity back to those who have become invisible, distant, carried away in the turmoil of a silent and icy ocean of undifferentiated numbers, without face or body….

His Passengers are infinitely small, light beings whose appearance recalls Egyptian sarcophagi or newborns in certain Indian traditions, between death and life, gathered together, assembled, into a shape, an ascensional power. Rui Moreira responds to ambient gravity with weightlessness, lightness of line, contour and drawing; he invites us to look at, to become aware of these Passengers, of those who seem to march by in the hundreds of thousands, to move away as far as the eye can see, in deep silence. The sounds of Bach, and of silence, accompanied the artist during the creation of this series of six Passengers—six visions tinged with a certain unreality, like mirages in the desert, a place the artist knows intimately and has so often experienced. Nomads marching in a line without beginning or end, little by little fading into the distance…

The desert has always been the starting point of intense experiences and a source of inspiration for Rui Moreira, who made twelve long trips there, in particular traveling in the southern Moroccan desert. To live the extremes, the heat, the light, the demands; everything stripped down, with time as vast as space, temporality abolished by the infinite offering itself up as far as the eye can see…. To put yourself, body and soul, to the test of the elements, to experience the visceral state of transe and vulnerability at the very heart of creation, to create in another space-time, one made up of sand, sun and silence…. For the artist, drawing is organic.

Although we were traveling in a landscape of death, with almost nothing green, just rocks and sand, our bodies were always on alert because of the high temperature and the many other dangers (…) We felt strangely more alive because of this contrast. (…) One day, in the immense heat, there was a small sandstorm that lasted all day long, and I continued drawing. A few hours later, I felt the symptoms of sunstroke. I realized that the landscape all around me was constantly shifting, the wind sculpting and moving the dunes. By the end of the day, I was up to my knees in sand.

During the past two years of the pandemic, the artist was obliged to postpone these expeditions, and he rediscovered within himself the sensations of the desert so familiar to him, the feeling of dizziness, of the light and wind sculpting the sand in a single, infinite, uninterrupted motion. Building Cathedrals of Wind within.

Rui Moreira based this series of drawings on photographs of the Wind Cathedral in the Namib Desert, a huge sand formation 60 to 80 million years old whose origins lie in the Atlantic Ocean drifts.

From the photographs, he worked from the negative, drawing only the shadows, in blue; the dunes, and their grandiose verticality, are left undrawn, the blank space of the paper. Full and empty, shadow and light. In the three drawings in this series, the shadow evolves: at first balanced with the light, it then becomes more intrusive before taking flight, an abstract shape, finally seeming to become independent of the object. Shadows take on a life of their own… Is this a sign of a return to the light? Or on the contrary, a premonition of dark times? The artist does not give us any answers… rather, he evokes Peter Pan. In Greek mythology, pre-Columbian beliefs and Chinese legends, he who is deprived of his shadow is often condemned to die prematurely…

These Cathedrals of Wind could be seascapes, in perpetual motion.

The desert as a negative of the sea, its opposite. Another geological space-time that fascinates the artist, also an avid scuba diver; he remembers finding shell fossils and marine creatures while traveling in the Sahara, where the ocean had once been.

I was drawing for several hours when I realized that I was standing in millions of years of erosion, of time. It was not only the largest landscape I had ever seen, but also the largest possible temporal landscape.

In the series Roda-Viva, the artist focuses on the great force at work in the universe, the force of nature that governs the balance of life and death, movement and stillness, order and chaos. The natural order of things.

During the pandemic, Rui Moreira felt more open than ever to this force, which stole thousands of lives in a single day while healing thousands of others. The “living wheel,” relentless and shifting, in front of us; reflecting our powerlessness. The artist borrowed the title Roda Viva from a Brazilian song from 1968 by Chico Buarque:

Maybe we have stalled in time

Or is it the world that has evolved

The most beautiful rosebush in the world

But then comes the living wheel

And takes the rosebush away

Time turned in an instant

Among the turnarounds in my heart

(…) The samba, the guitars, the rosebush

That one day the fire burned

All were only brief illusions

Which the first breeze carried away (…)