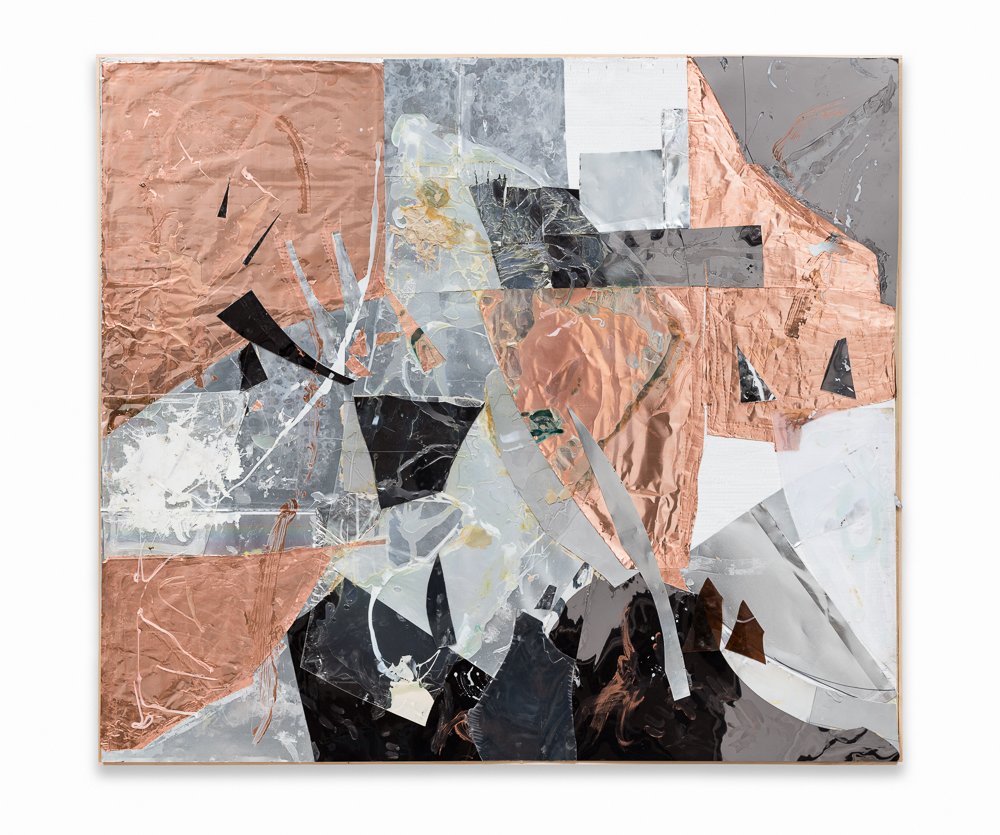 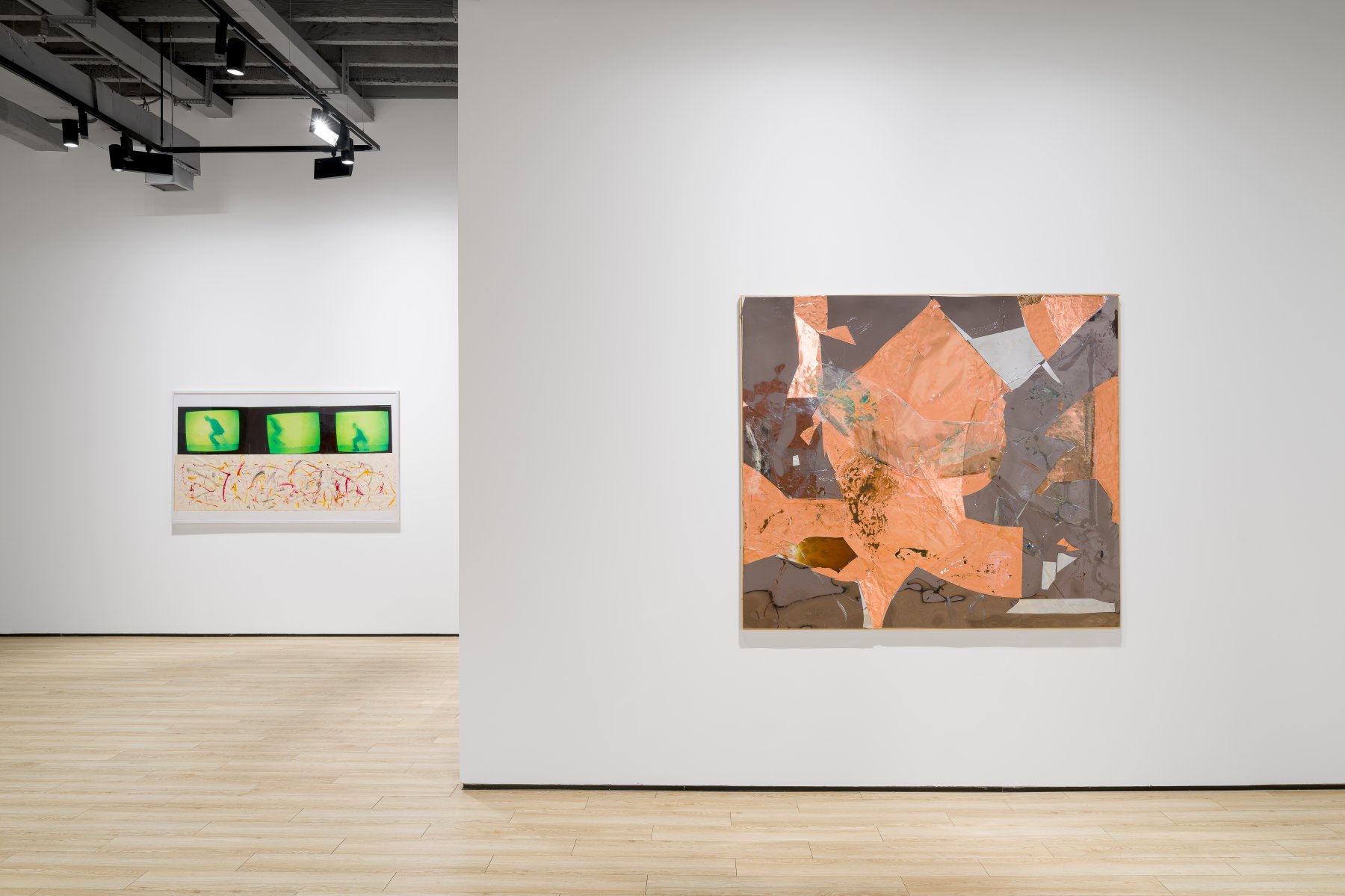 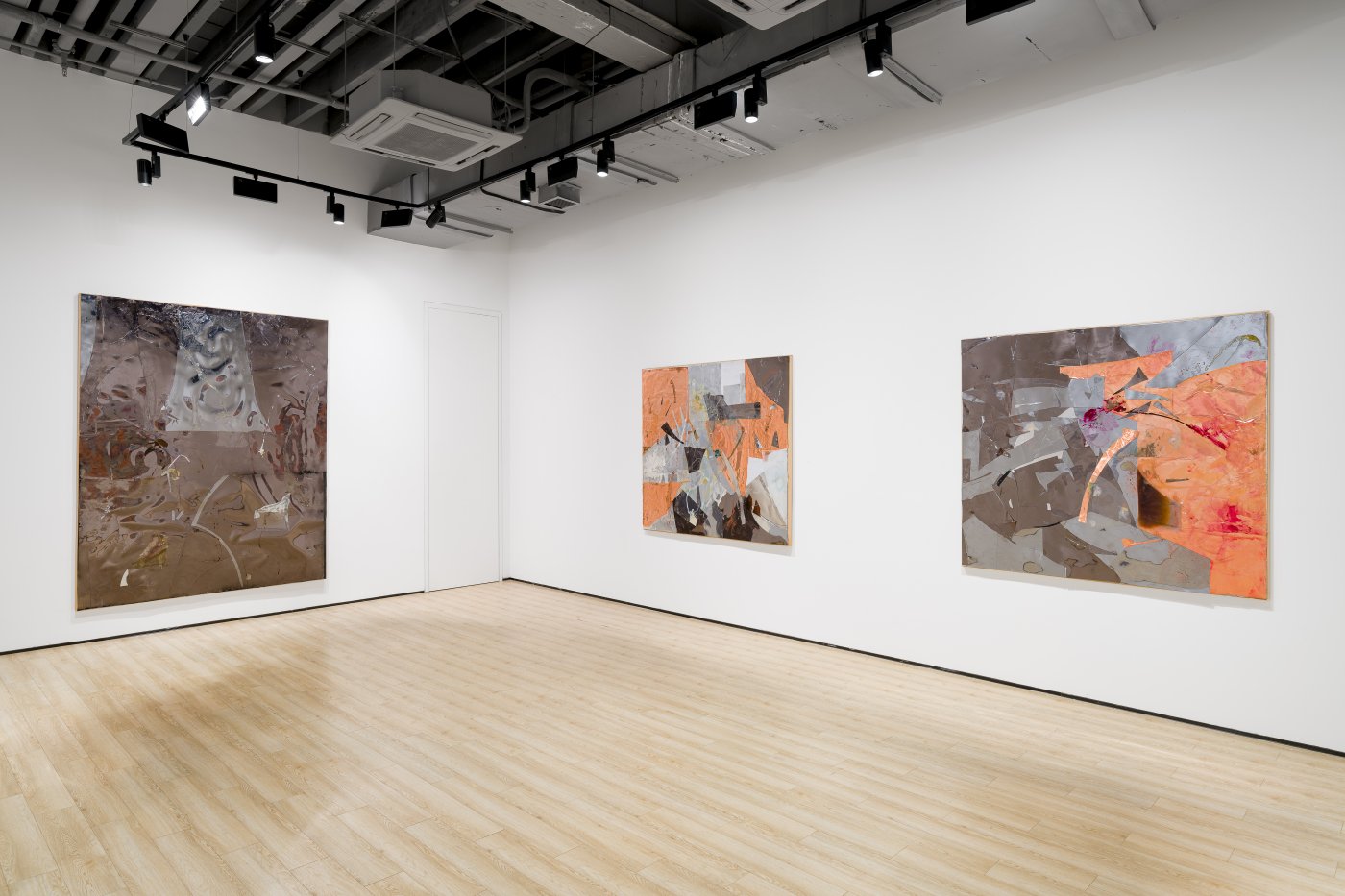 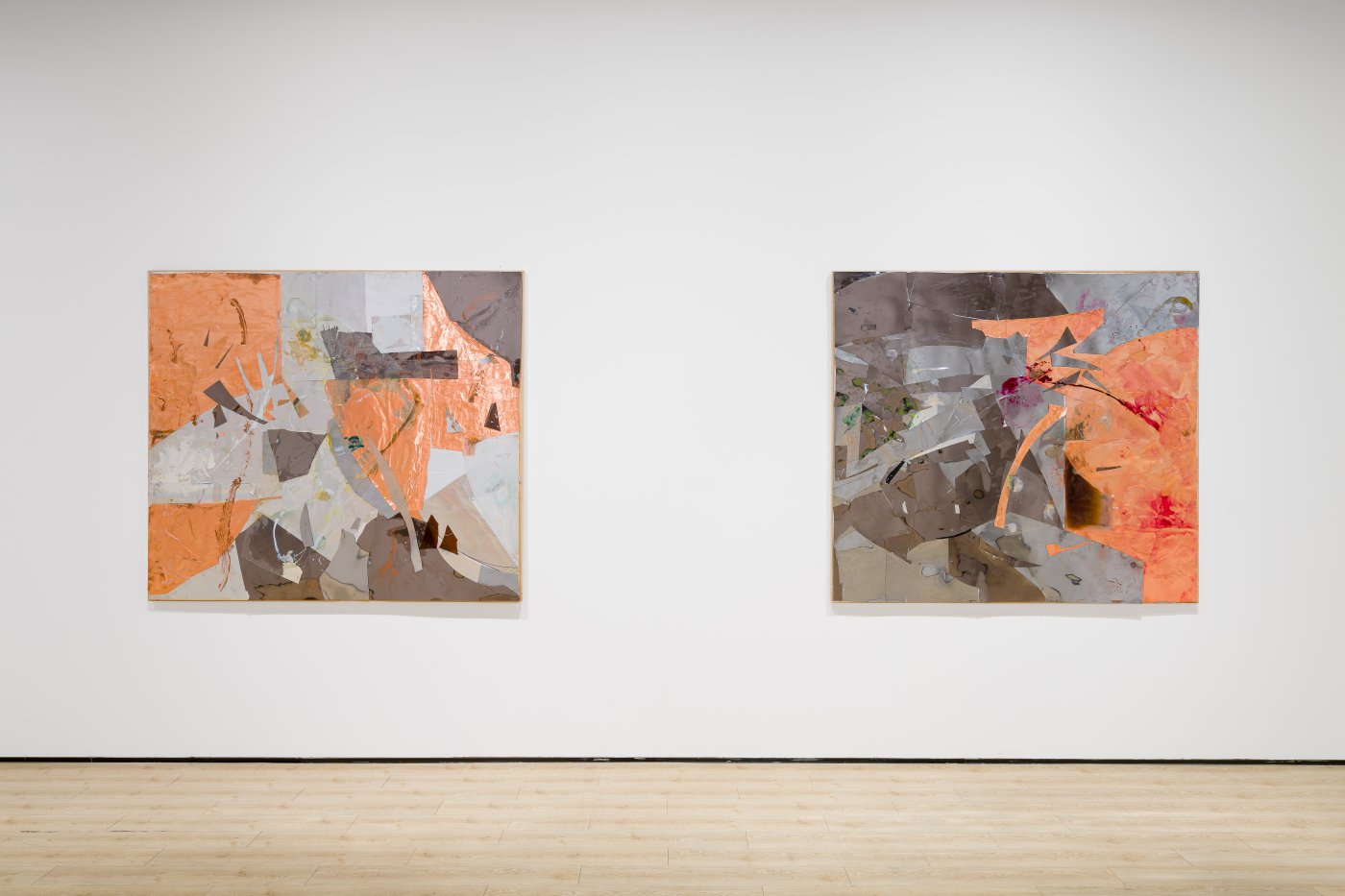 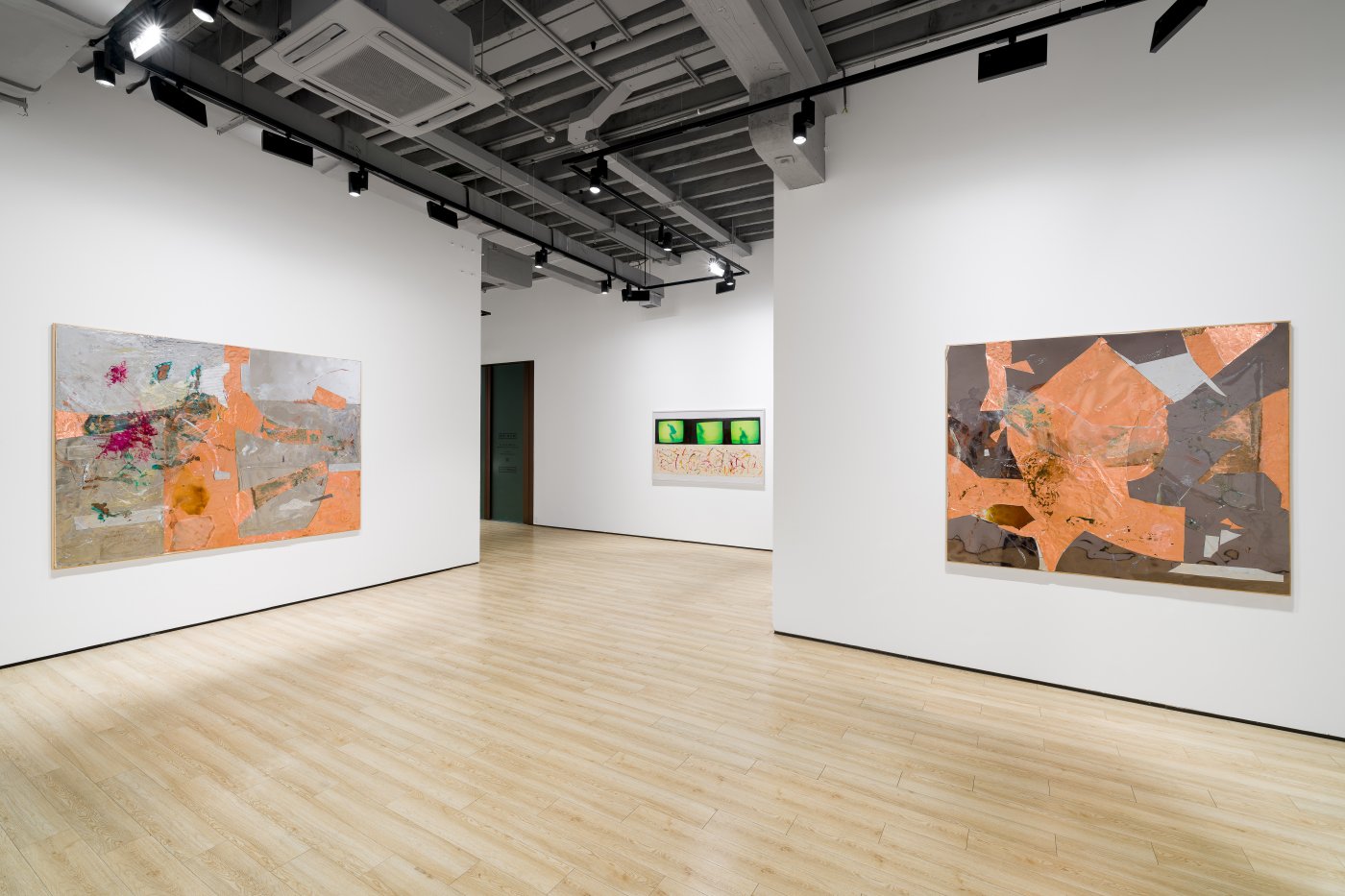 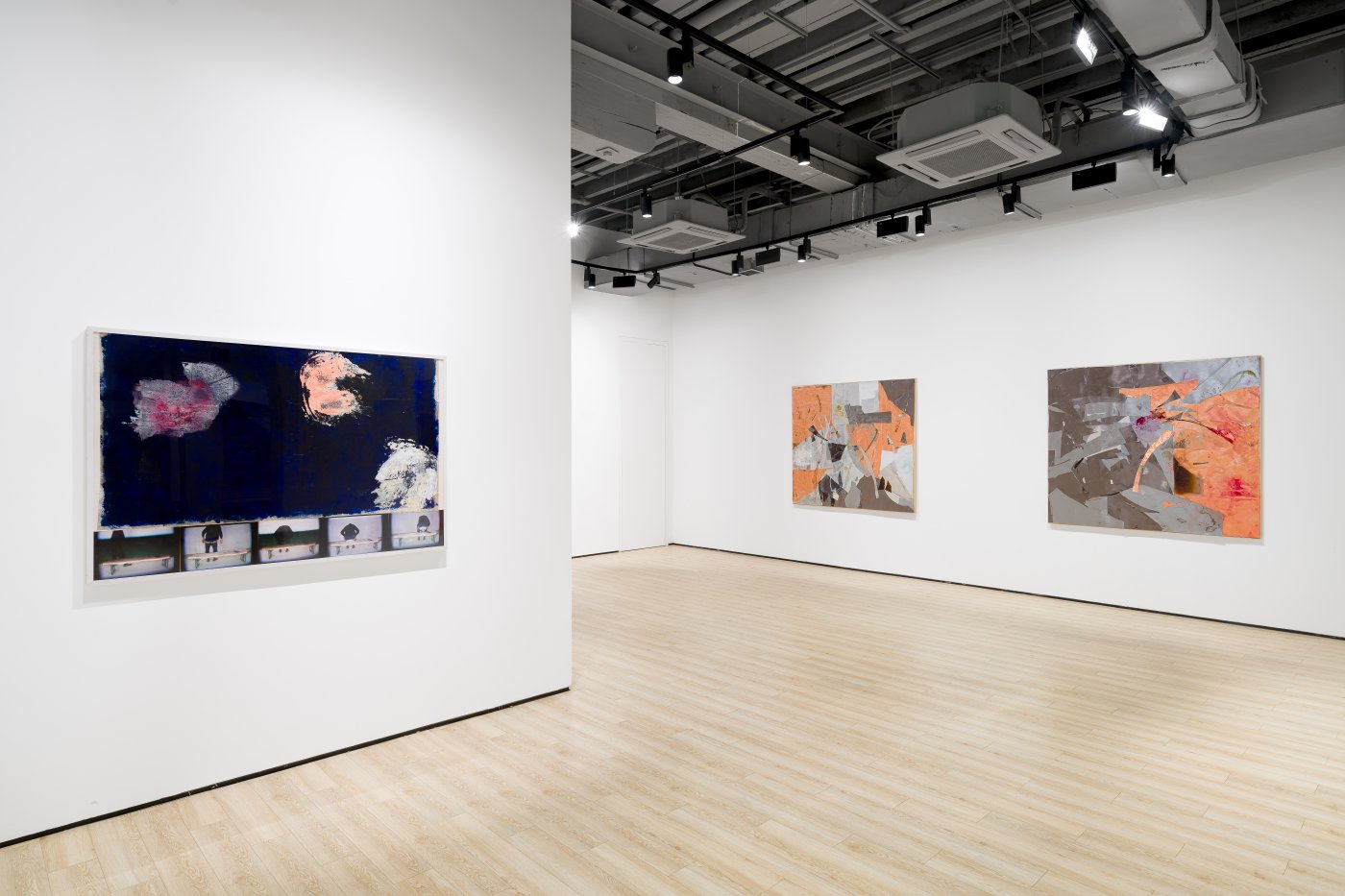 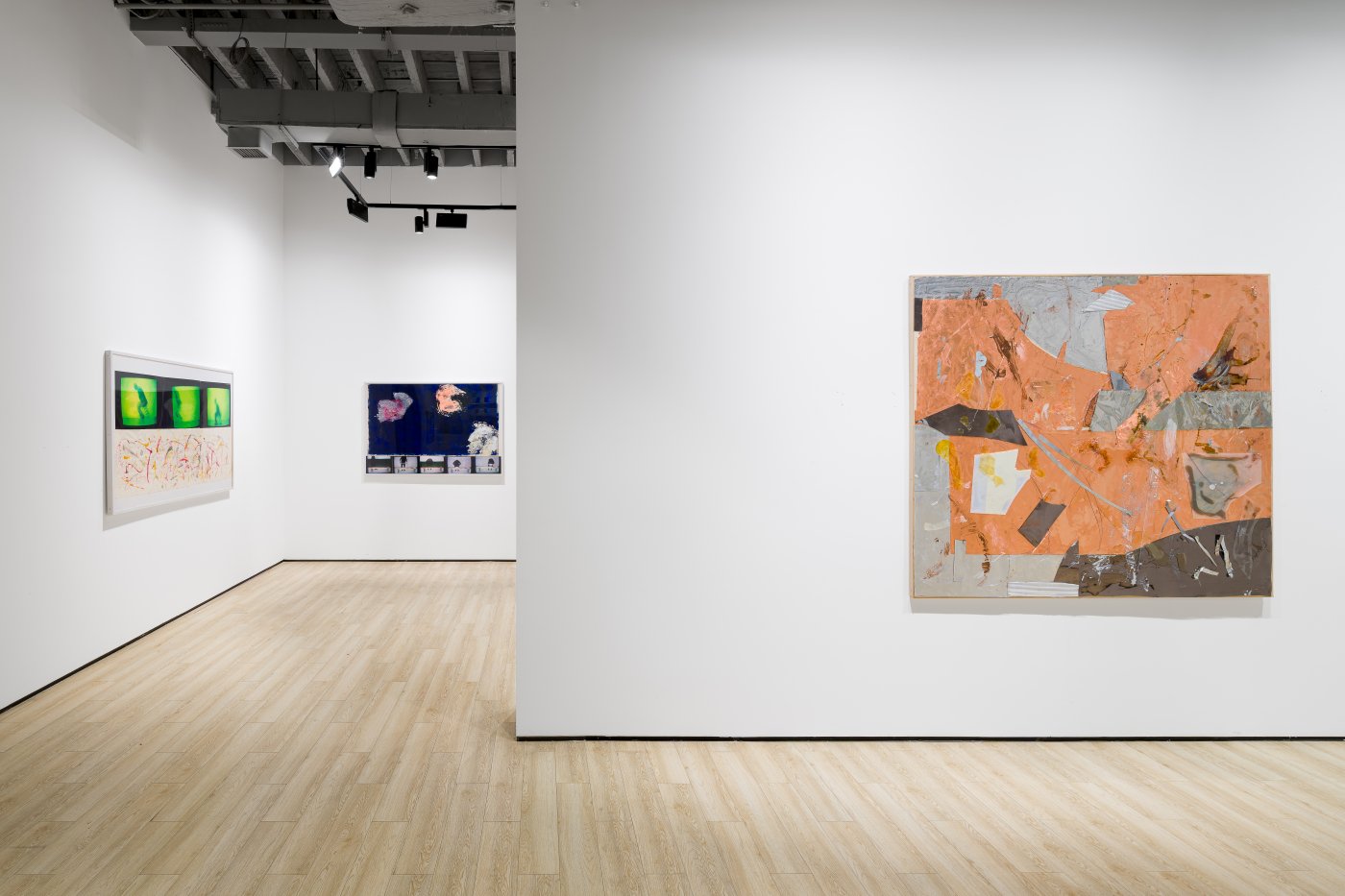 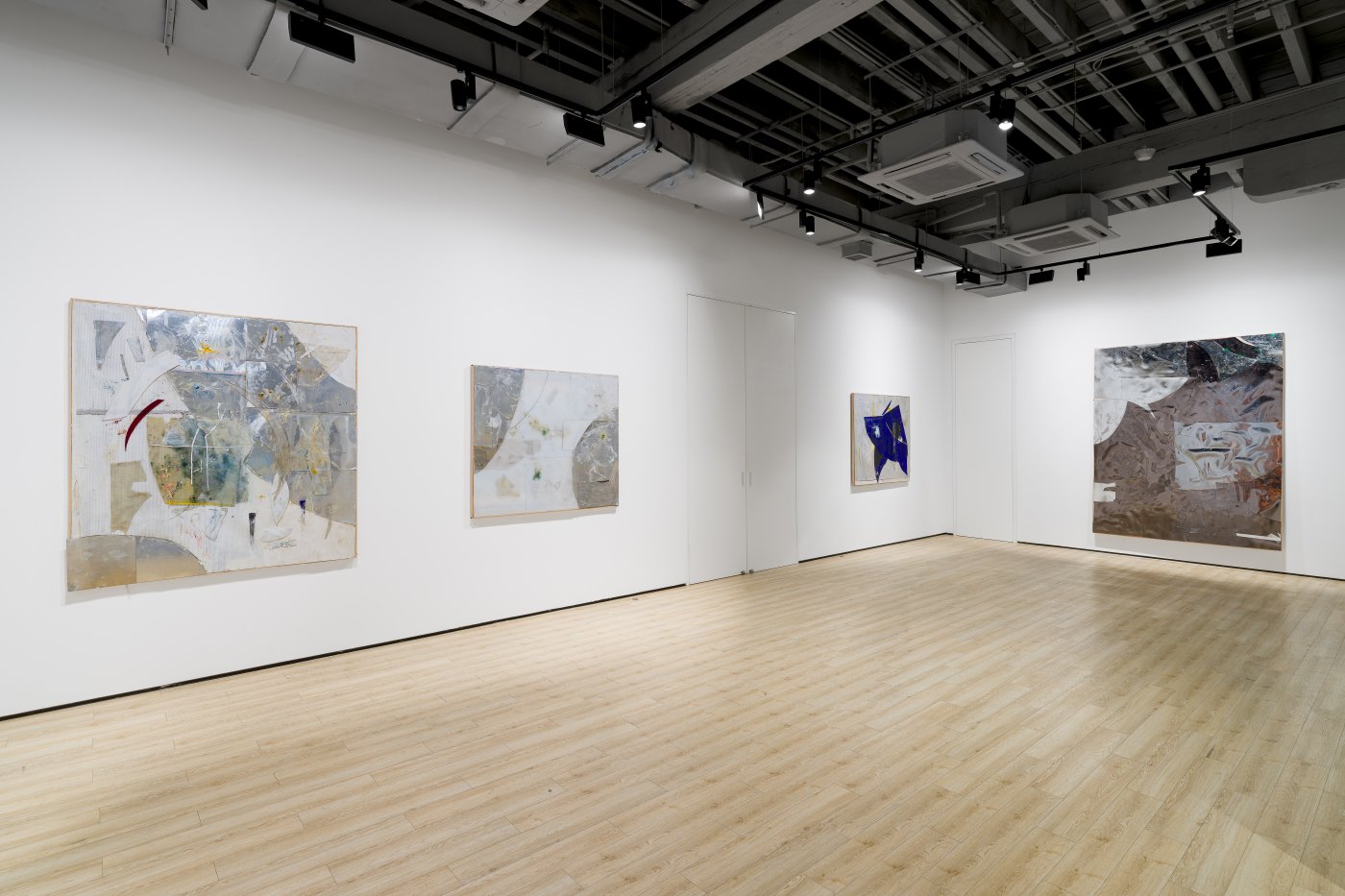 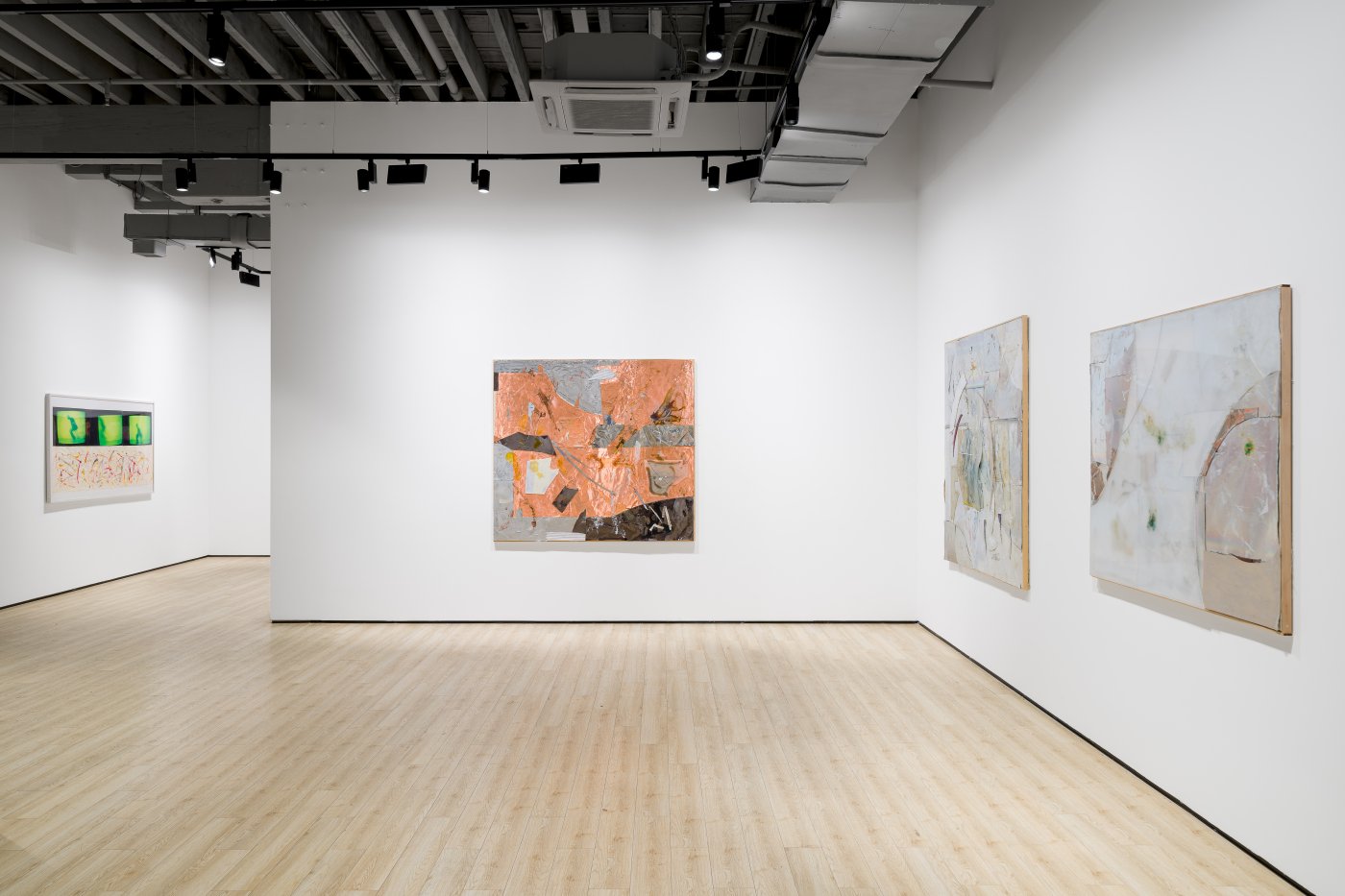 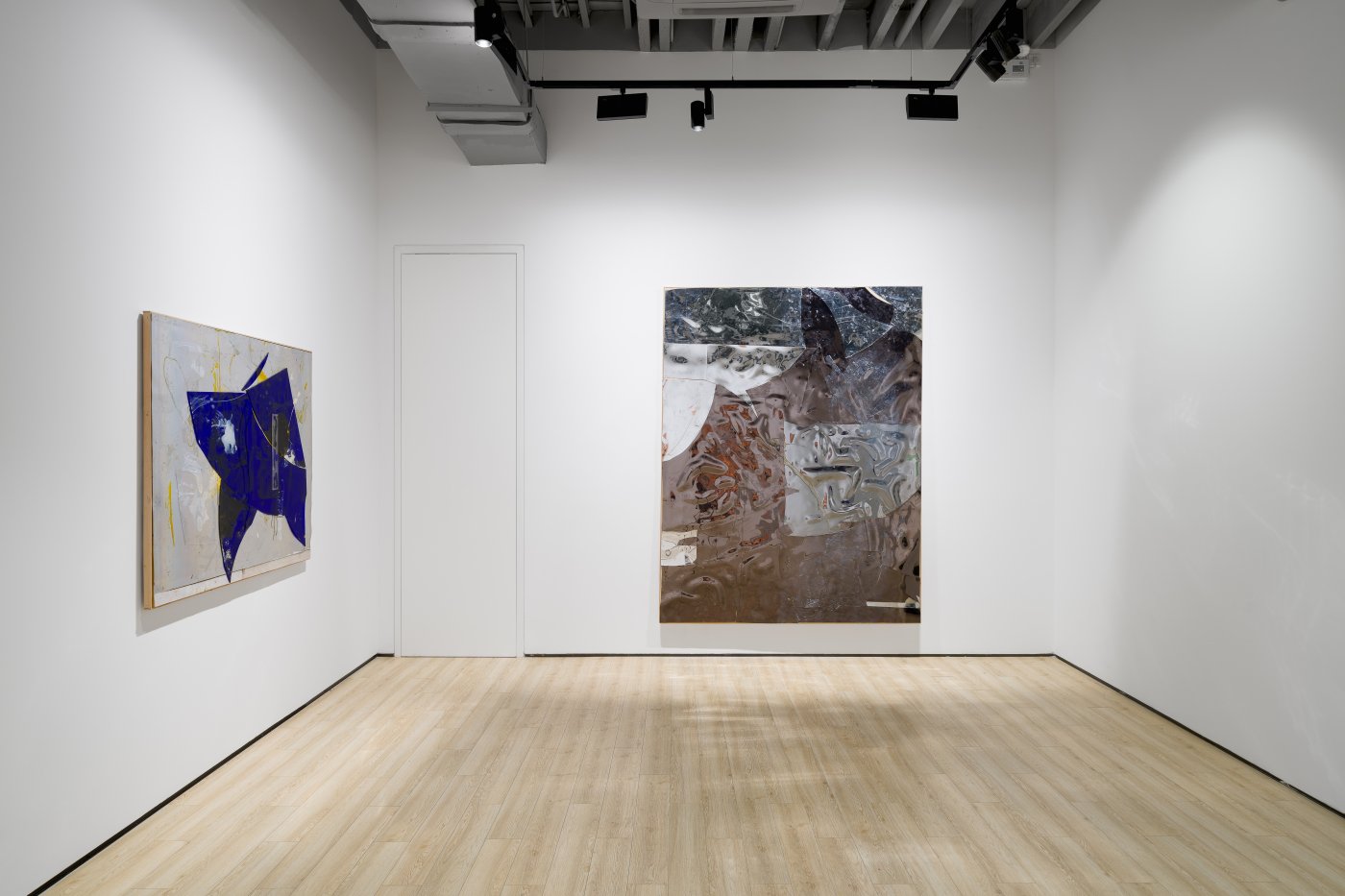 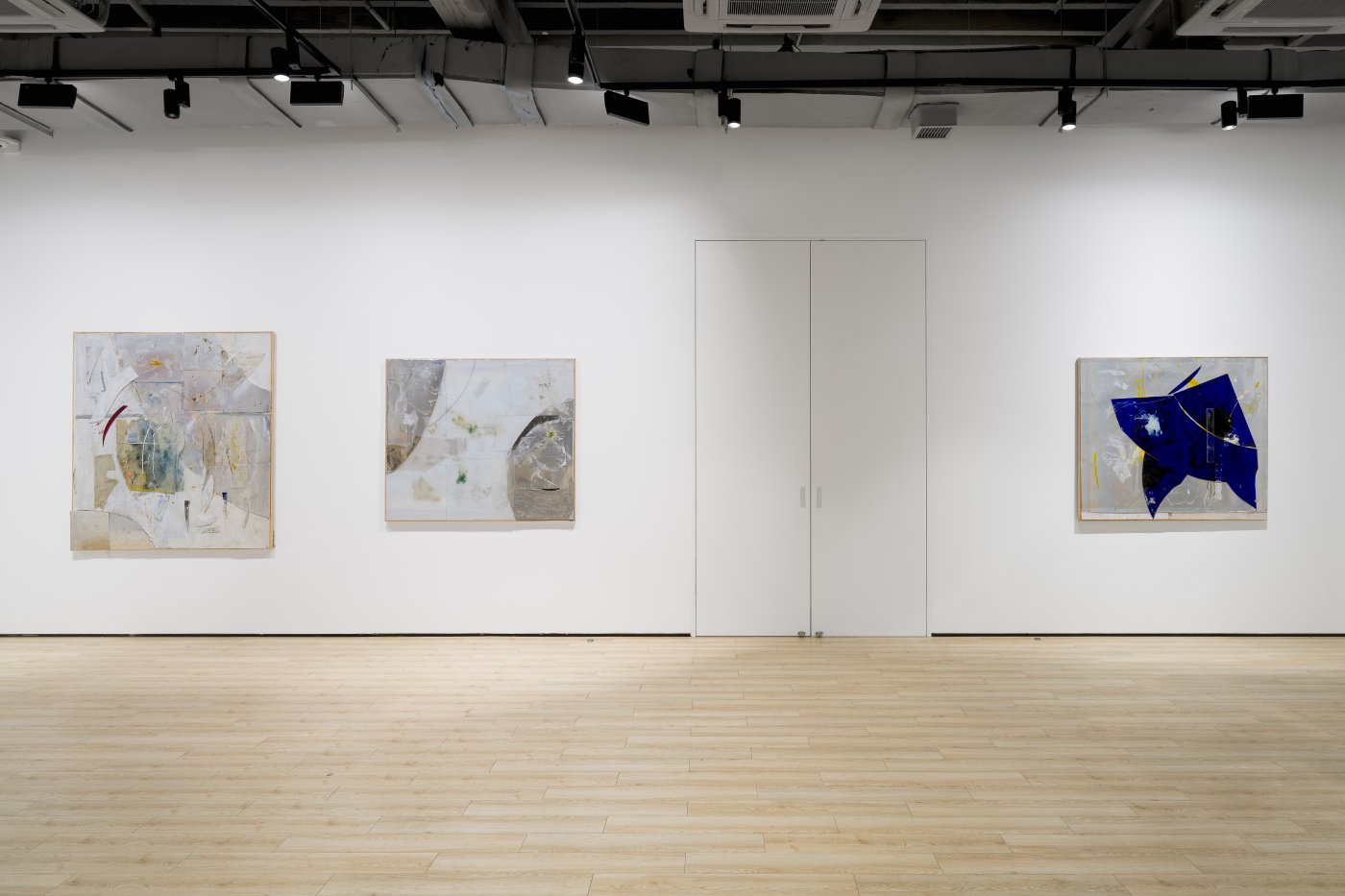 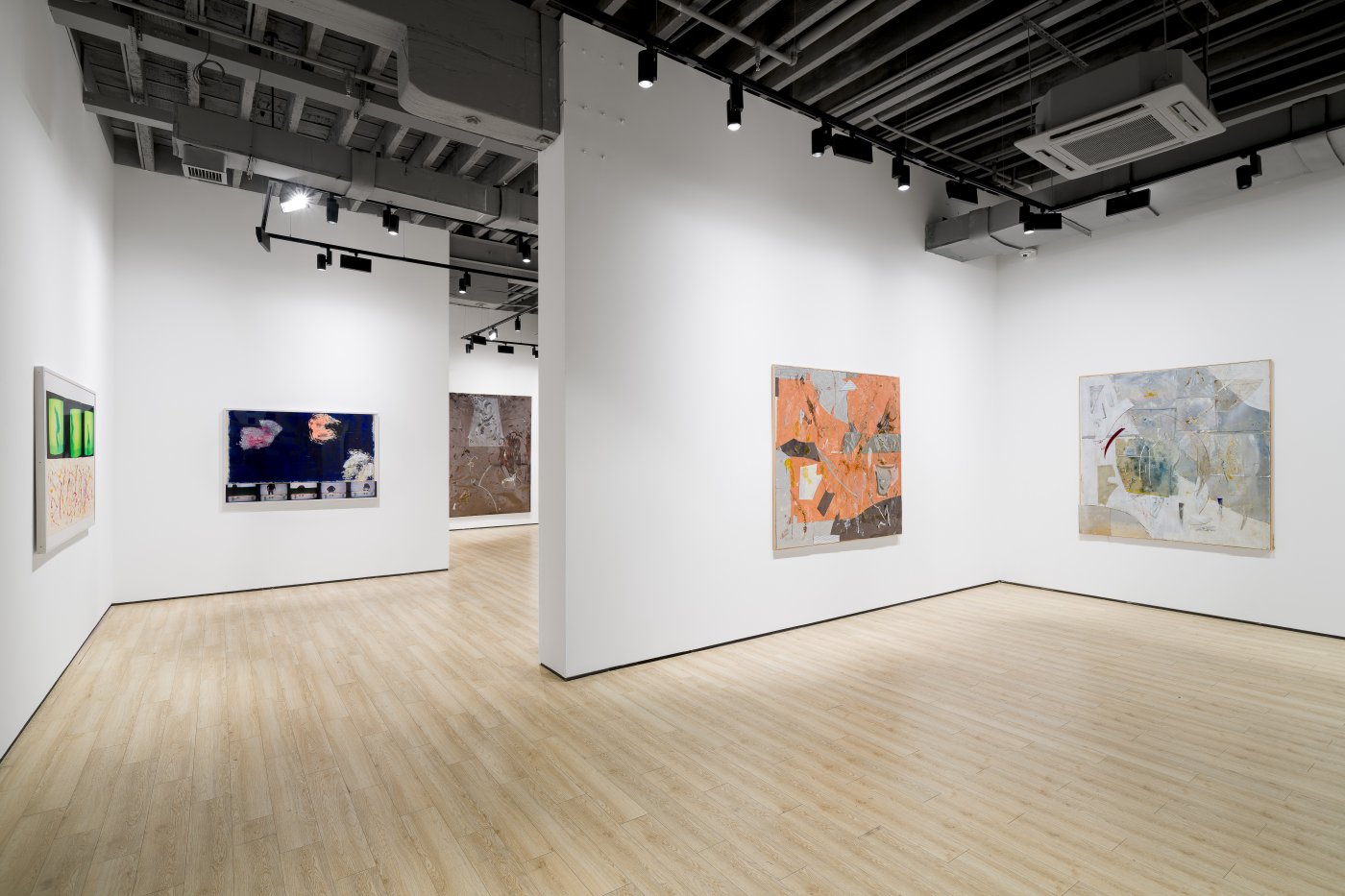 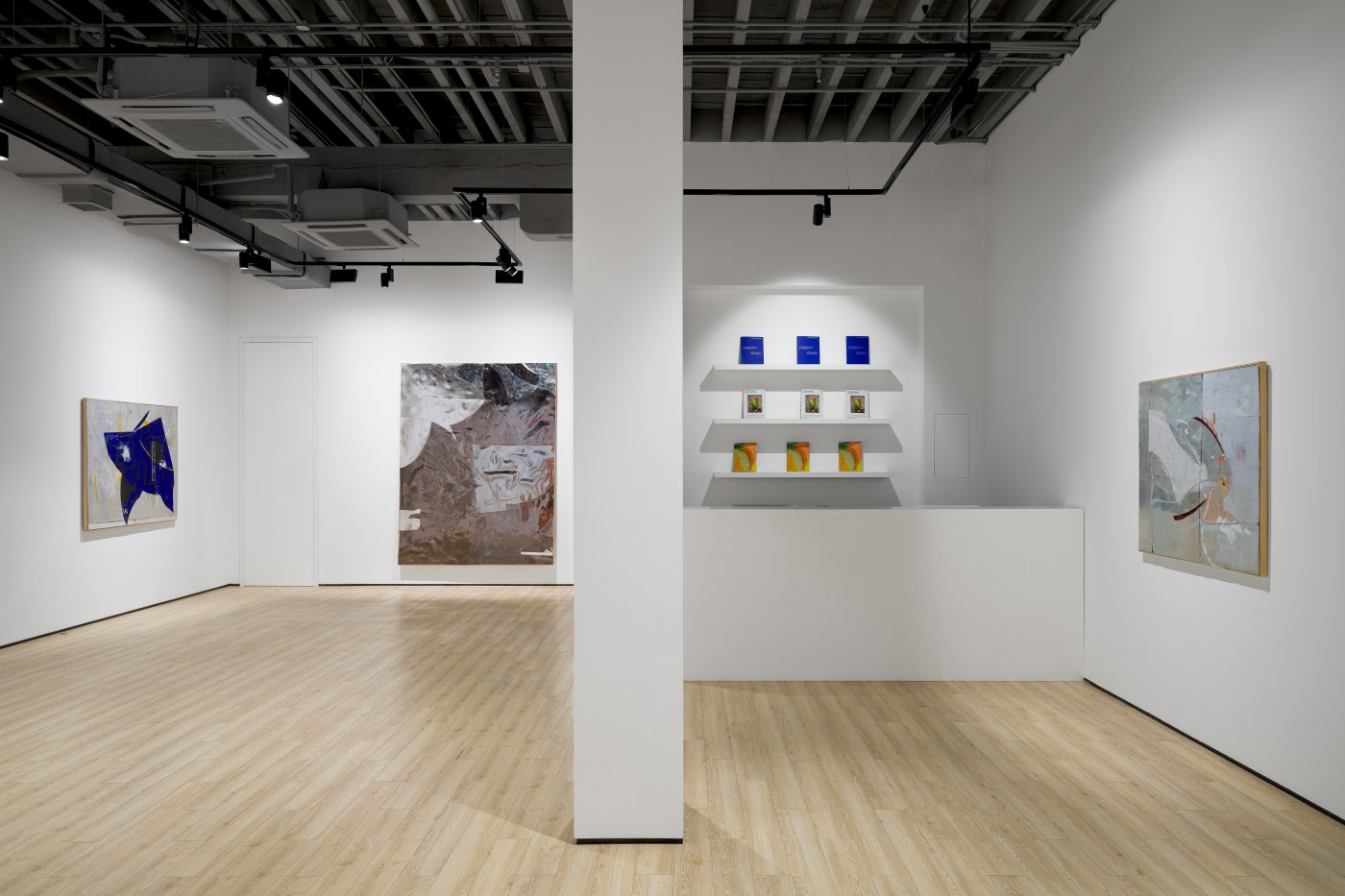 “ What is free in a work of art, is only the moment in which it is not yet comprehended .“

Apeiron, the title of Rudolf Polanszky’s exhibition, mirrors his “ad hoc synthesis approach” of building and dissolving purely abstract forms. With a selection of recent works, drawn from his Reconstructions series, Polanszky further implodes the Modernist palimpsest via his hybrid paintings and sculpture. Along with his films, music and documented performances, Polanszky’s body of work finds inspiration from mathematical metaphysics, rather than the canon of art history.

Apeiron, according to the Greek philosopher Anaximander, is the source of everything, a boundless force which having emerged from nothing, is inevitably drawn to reconciliation in the guise of the infinite void of its origin. Experiencing Polanszky’s work brings an awareness of perceptual balancing, provoked by its relative elusive visualization or adherence towards any “adapted meaning“.

By consciously bypasing Modernist influences, these methodologies affect his choice of scrap materials, picked from the flotsam and jetsam of Polanszky’s studio environment in Vienna. Artificial compounds including acrylic mirrors, silicone, industrial glue, epoxy, resins, copper foil and gossamer mesh, are also subjected to chance patina by exposure to the elements, encounters with animals or organic matter.

Enhanced by chiaroscuro reflections from the silver, copper & dark mirrors, the parts are distinguishable by their decoded status and hesitant assignment. The strata of the Reconstructions, their material disarray subject to alchemic states, refract light in other ways than reflection. Liquid transformations of a transparent nature are recorded by spectral zones of solidified resins, glue and insular pigments, all semi-isolated, transforming unstable structures into a temporality that by their inherent self-referential formation alludes to a potential state of rest or stability. The parameters of the work’s Philosophical Reductivism could result in an inhibiting Minimalism, but encountering the Reconstructions is a paramount experience, via Polansky’s exposition of non-oriented diverseness of phenomena.

The interplay between parts and wholeness, as seen in the potential Gestalt of the Reconstruction/ Rorschach Transformations (2010) are echoed in three dimensions by the Half Sculptures / Hovering Fragments (2017-2020 ). The sculptures function like the mysterious abstract background in Rembrandt’s, Self-Portrait with Two Circles (which does not contain even one whole circle); essential fragments to support concepts of a whole, and vice-versa.

Another clue as to the artist’s method may be sought in the Chora series of Reconstructions, an allusion to the Greek word for a place of music or dance. Each section in these works contain shapes of copper mirror, warming the chrome to a shimmering frequency, contrapuntal with the depth of the dark mirrors or neutrality from the silver. The reference may be in the fugue-like interplay of contrasting elemental colors and chance geometry, retrograde combinations that have been subjected to intuitive mathematic transformation.

As a deconstructive compositional element, counterpoint surpasses dichotomy, creating a plethora of tones and overtones – boundless and infinite by its variant re-invention, or Reconstruction. In Polanszky’s The Musical Ape , 1980-1983, the artist denotated sound and image with a paradoxical dissected self-portrait that did not split ( which would have required two half images ). What appeared instead were two wholes of a hypothetical being (composed by doubling the left and the right sides of his face), much like a Double-Helix without chemical connotations .

The evolution from the existential slapstick of The Musical Ape enhanced with the boundless and infinite possibilities suggested by the Choro Reconstructions, flourish with echoes of the sublime.