Freedom is a chimera in a sense, but this illusion is realized as far as is possible in art. I can do something, and you can say, “No, don’t do that, that’s wrong,” but I’ll do it anyway.
—Rudolf Polanszky

Gagosian presents new and recent paintings and sculptures by Rudolf Polanszky. This is the first exhibition of the artist’s work at Gagosian in Paris. 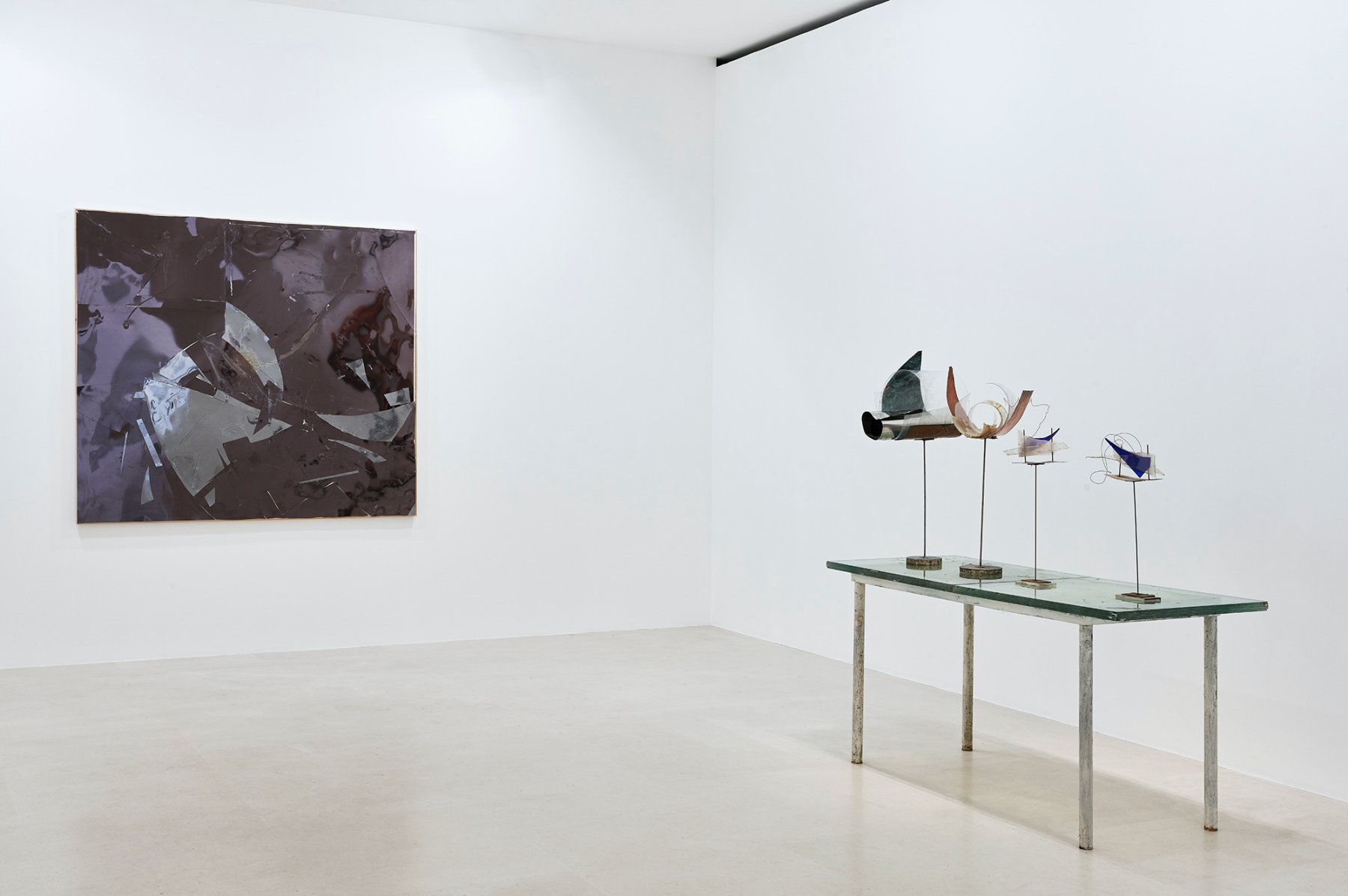 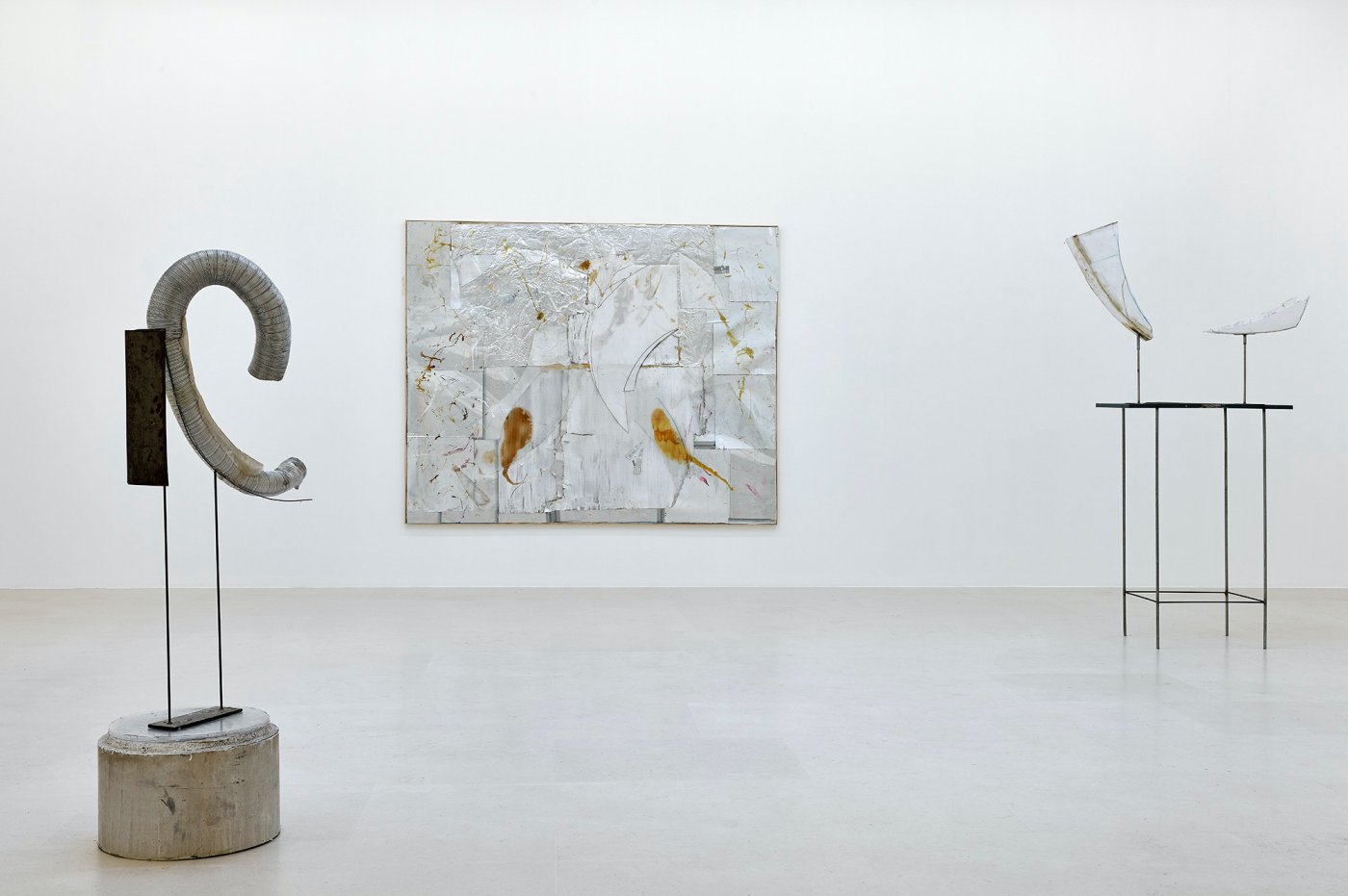 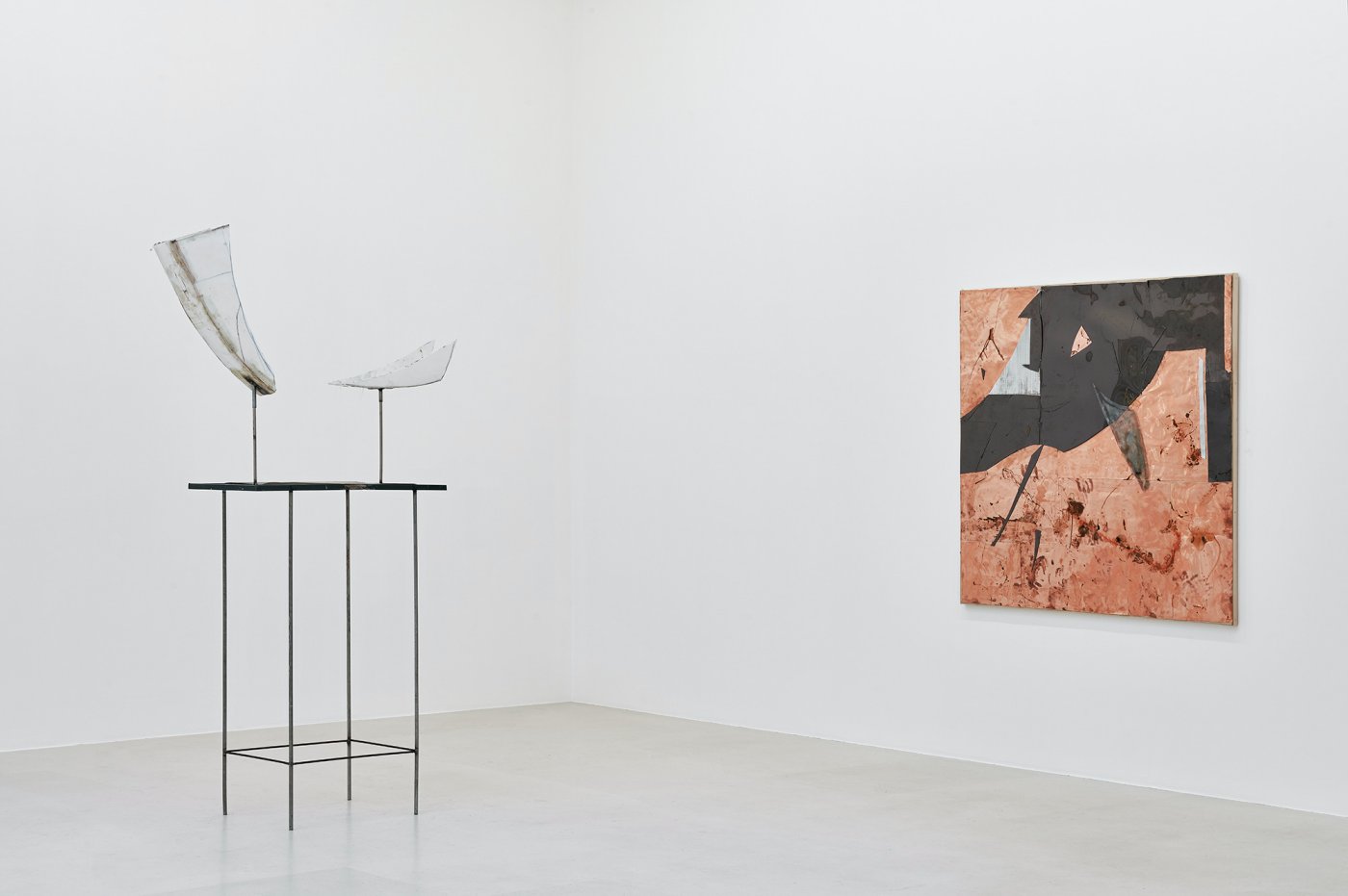 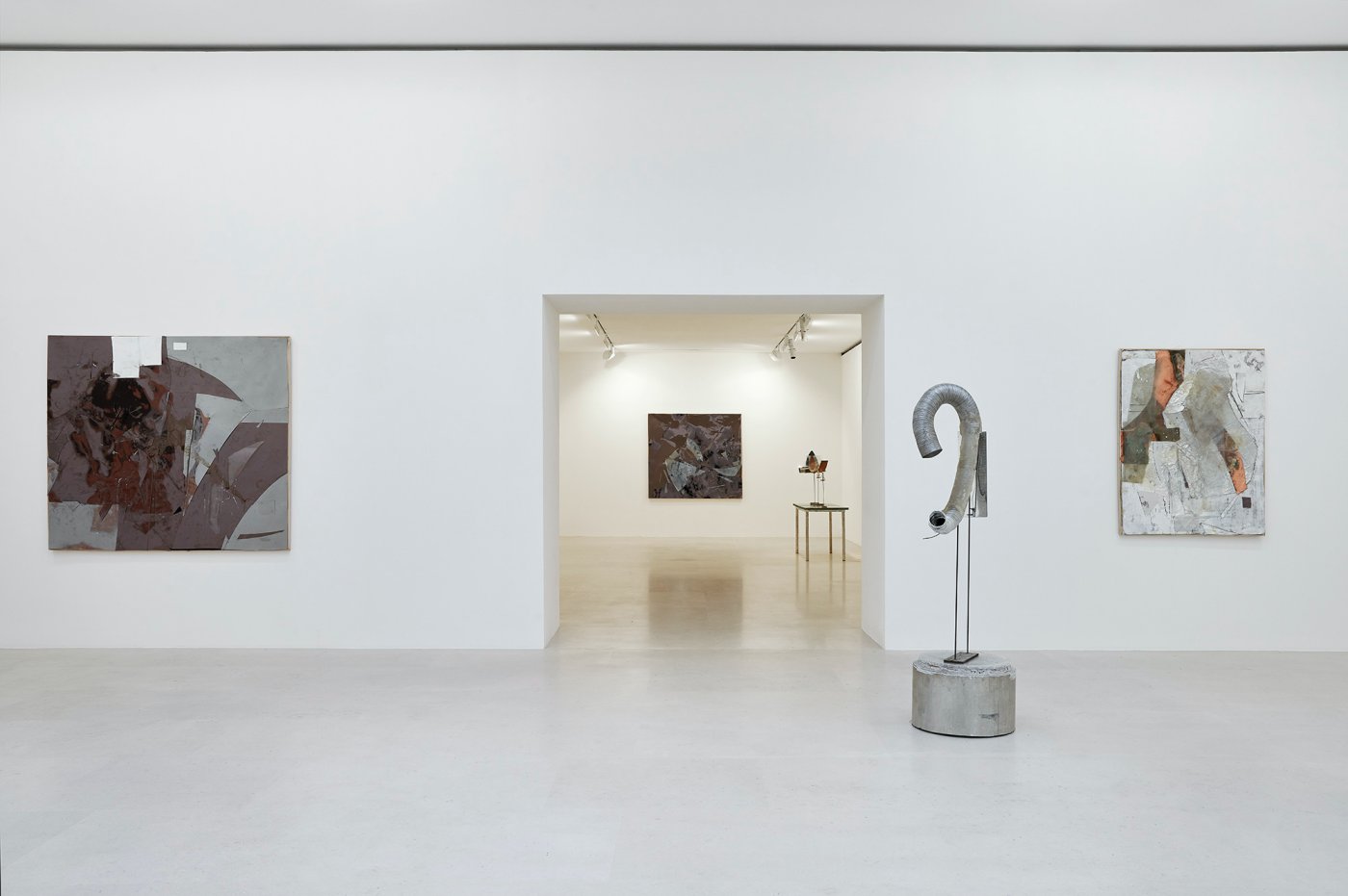 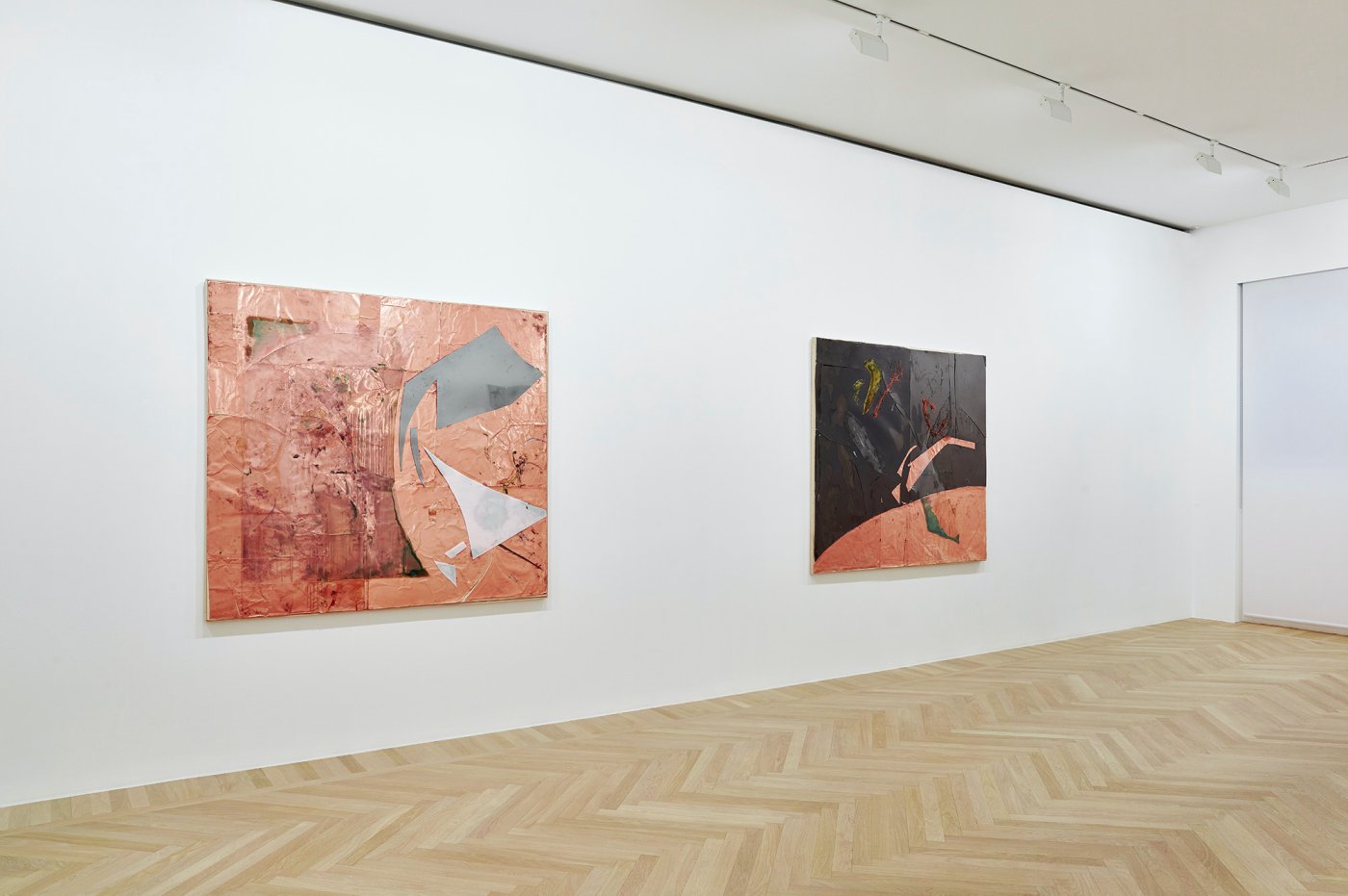 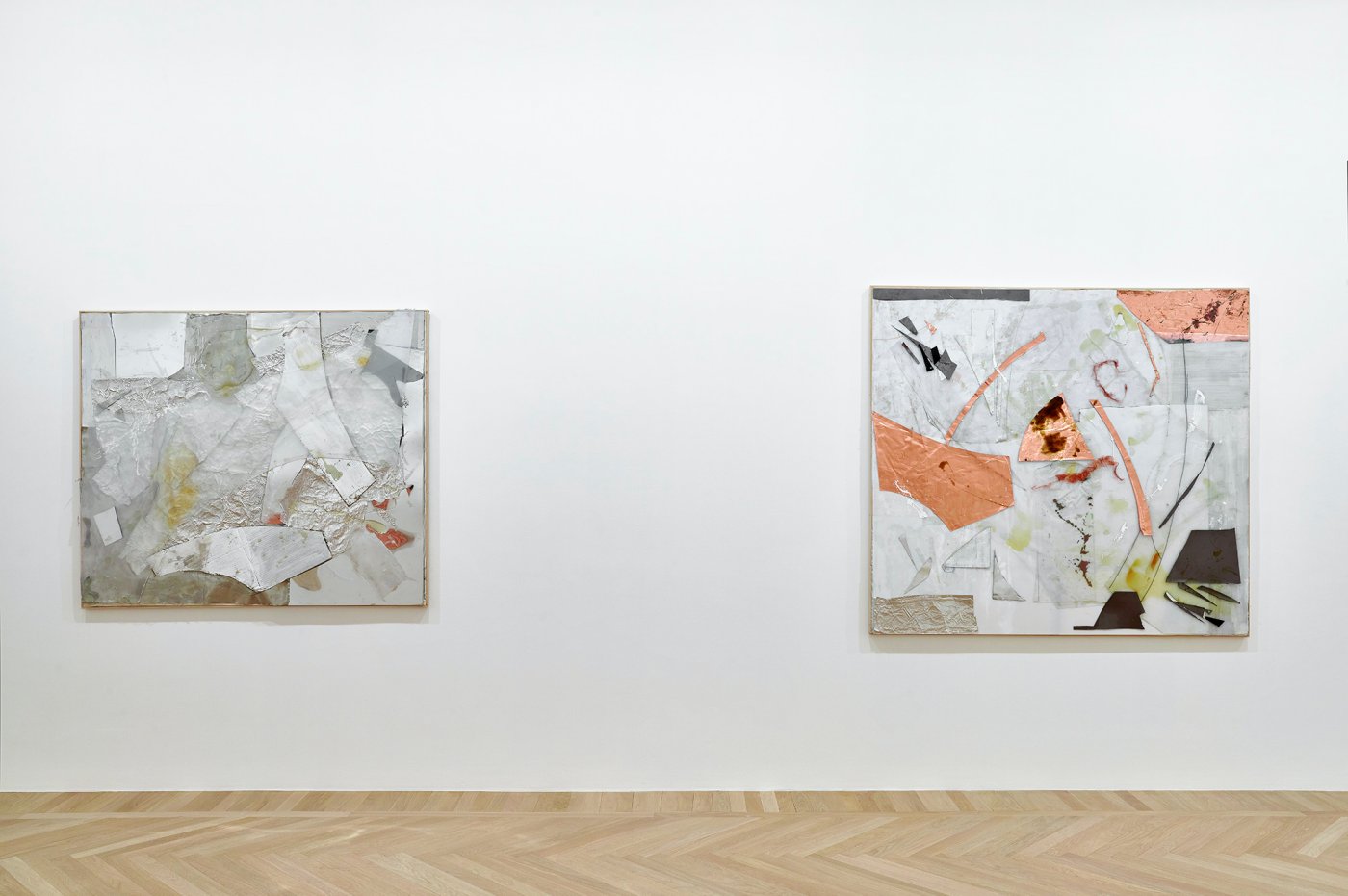 A key figure in the Vienna art scene, Polanszky creates cerebral yet tactile works that embrace chance occurrence. From the early 1990s, he began experimenting in mixed-media painting with the series Reconstructions (1991–). To make these subtle compositions, he uses salvaged industrial materials such as acrylic glass, aluminum, mirrored foil, resin, silicone, and wire, decontextualizing them from their original uses and recombining them into aesthetic forms. Polanszky’s process of “ad hoc synthesis” produces works that oscillate between material constructions and symbols of subjective perception.

In this exhibition, the Reconstructions newly incorporate copper foil. Interspersed between fields of white corrugated cardboard and silvery aluminum, these gleaming, gently creased metal sheets add an entirely new tonal and textural dimension to the surface of each painting. In some compositions, Polanszky combines copper with silver or deep purplish mirrored foil, recalling the rippling, reflective surfaces of the Bright Mirrors and Dark Mirrors—two paired subseries of the Reconstructions first seen in his exhibition at Gagosian New York last year.

Also on view are two recent sculptures in which Polanszky makes use of the rough-hewn edges of the same repurposed objects, manipulating strips of metal and acrylic glass into curved forms and dynamic abstractions. Polanszky’s handling of material is intuitive and improvisational; he often leaves the individual components of his works outdoors, letting the natural elements help determine his constructions’ final surfaces and forms. Yet these works also reveal his acute consideration of the properties and possibilities of materials. In Polanszky’s hands, industrial fragments are transformed into shimmering arrangements that transcend their mundane origins.