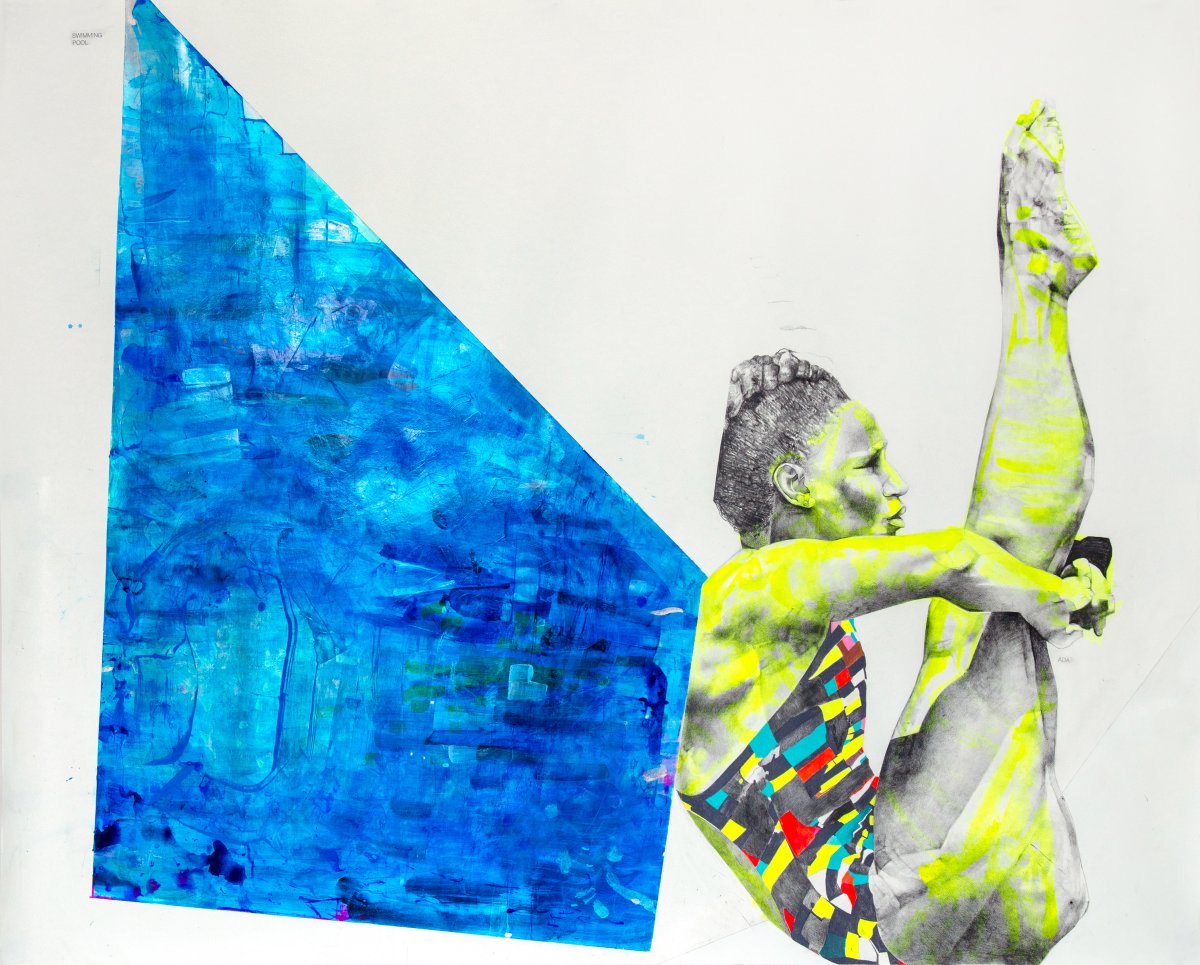 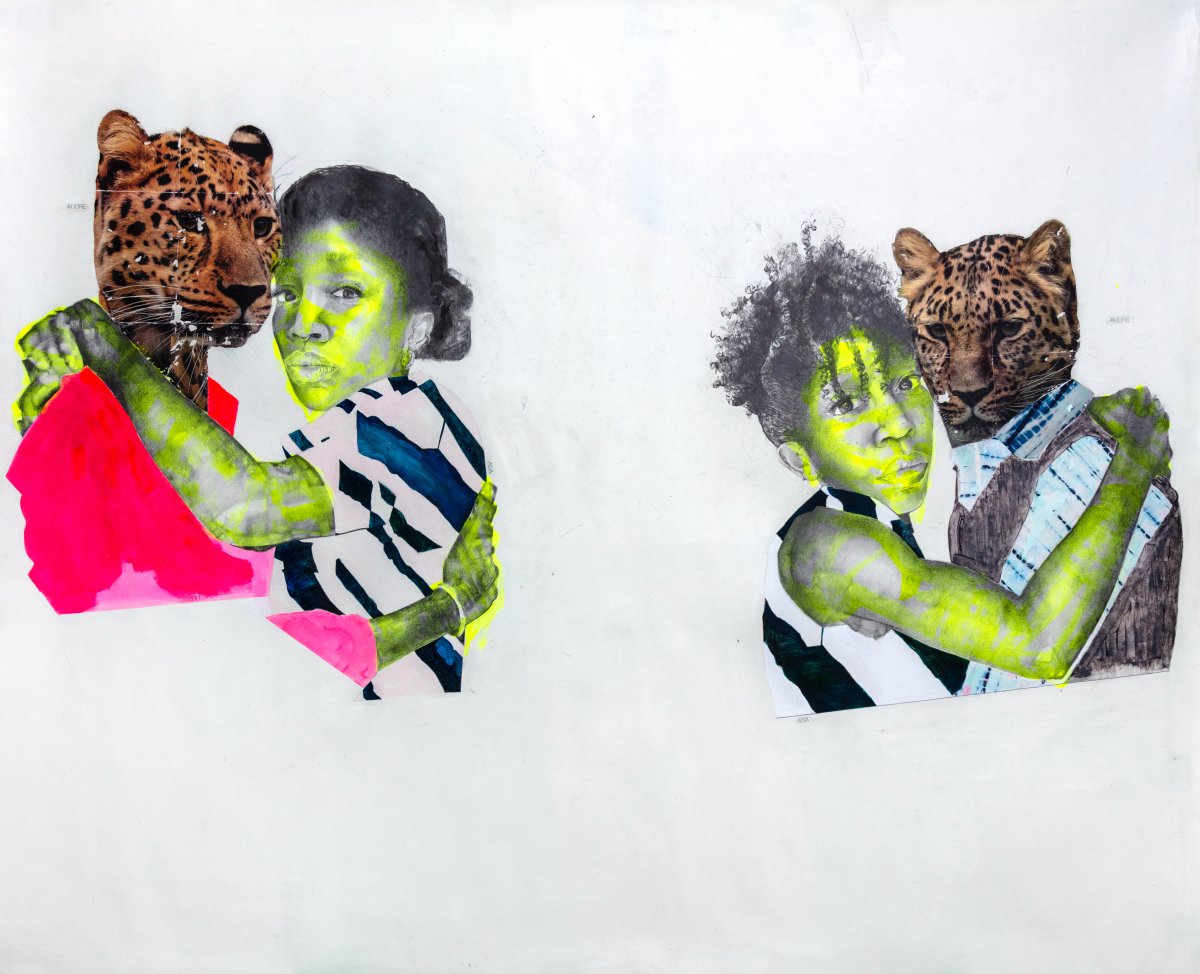 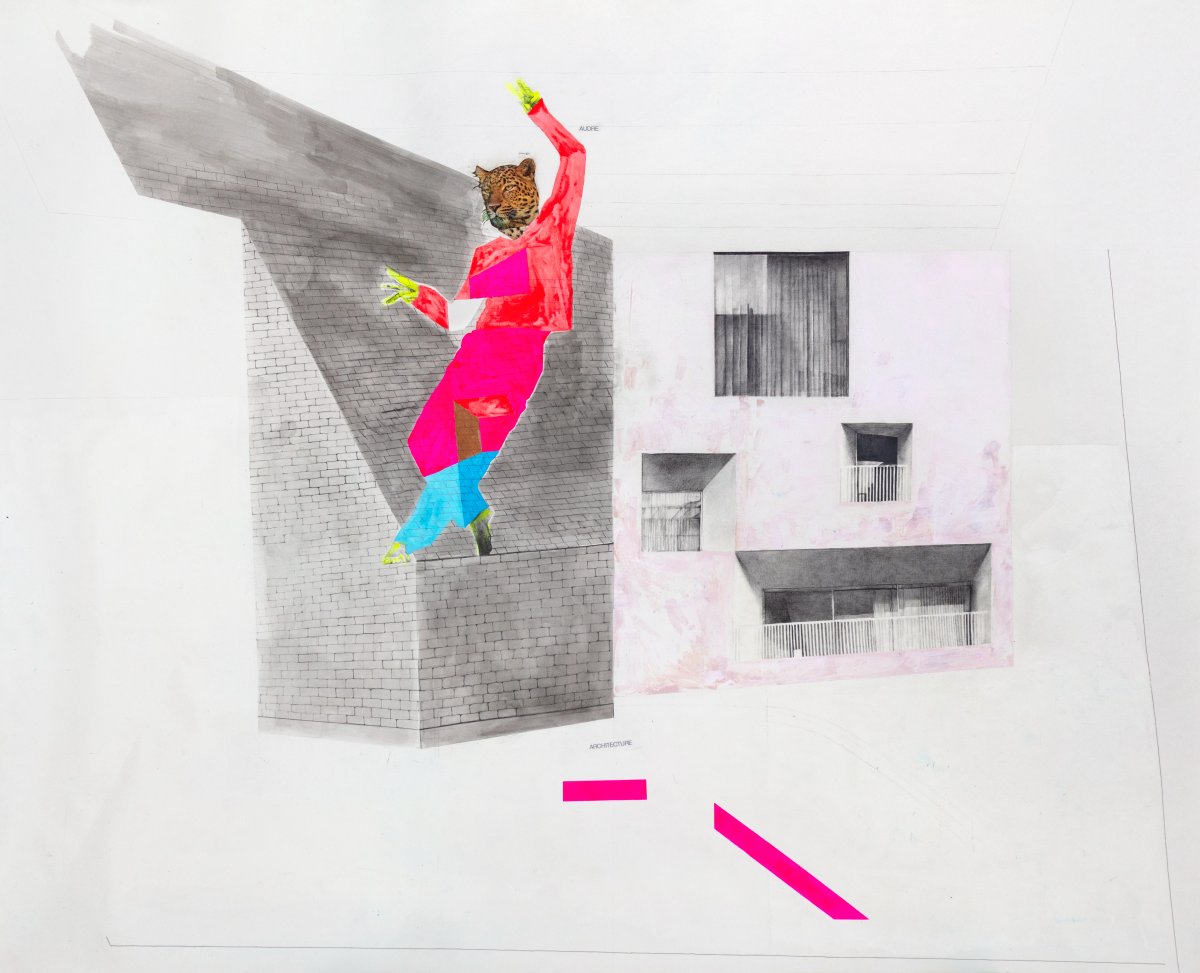 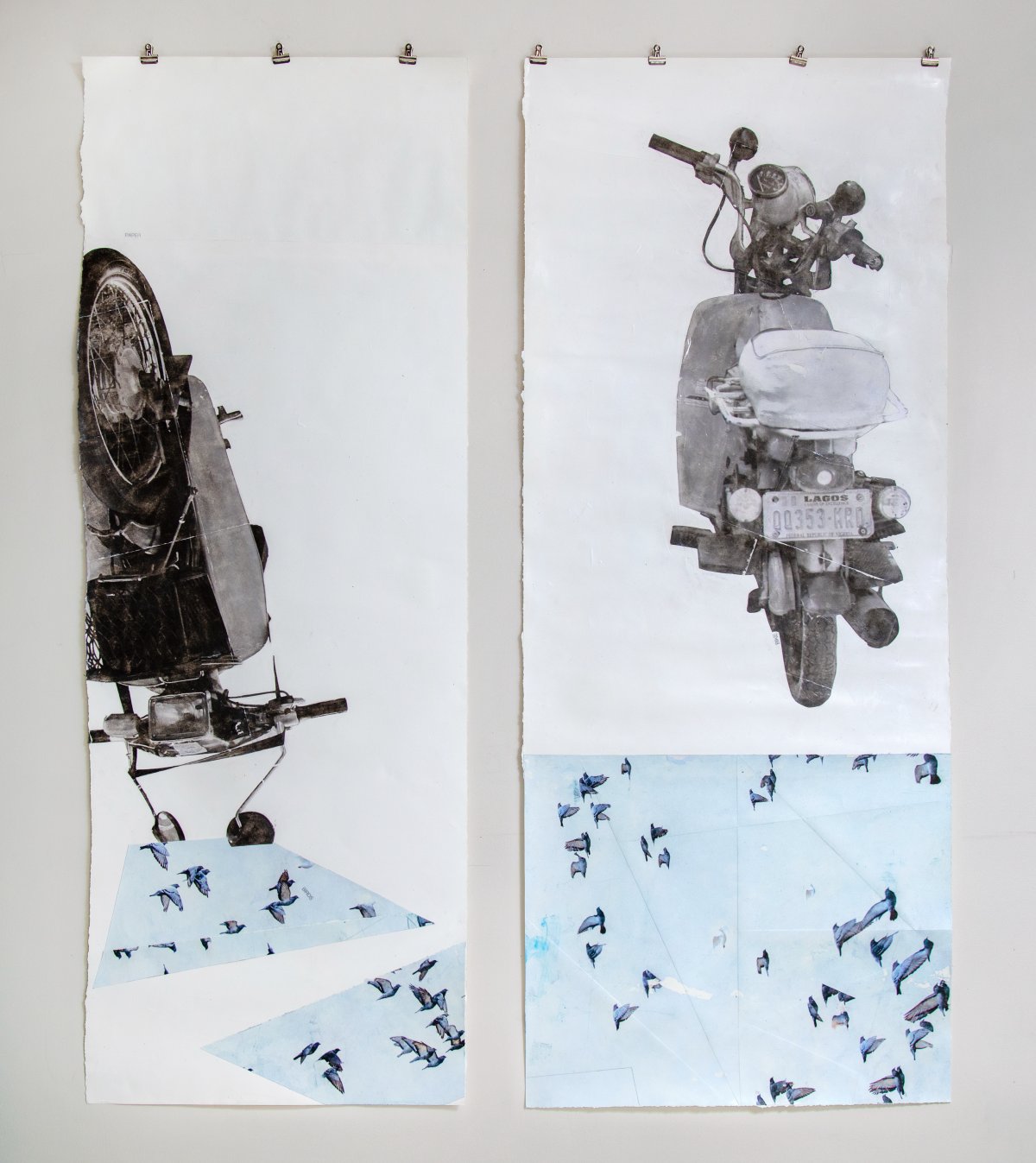 ruby onyinyechi amanze
tiny monumental shifts [that thing where everything affects everything else] or BIKE(S) + BIRDS, 2022 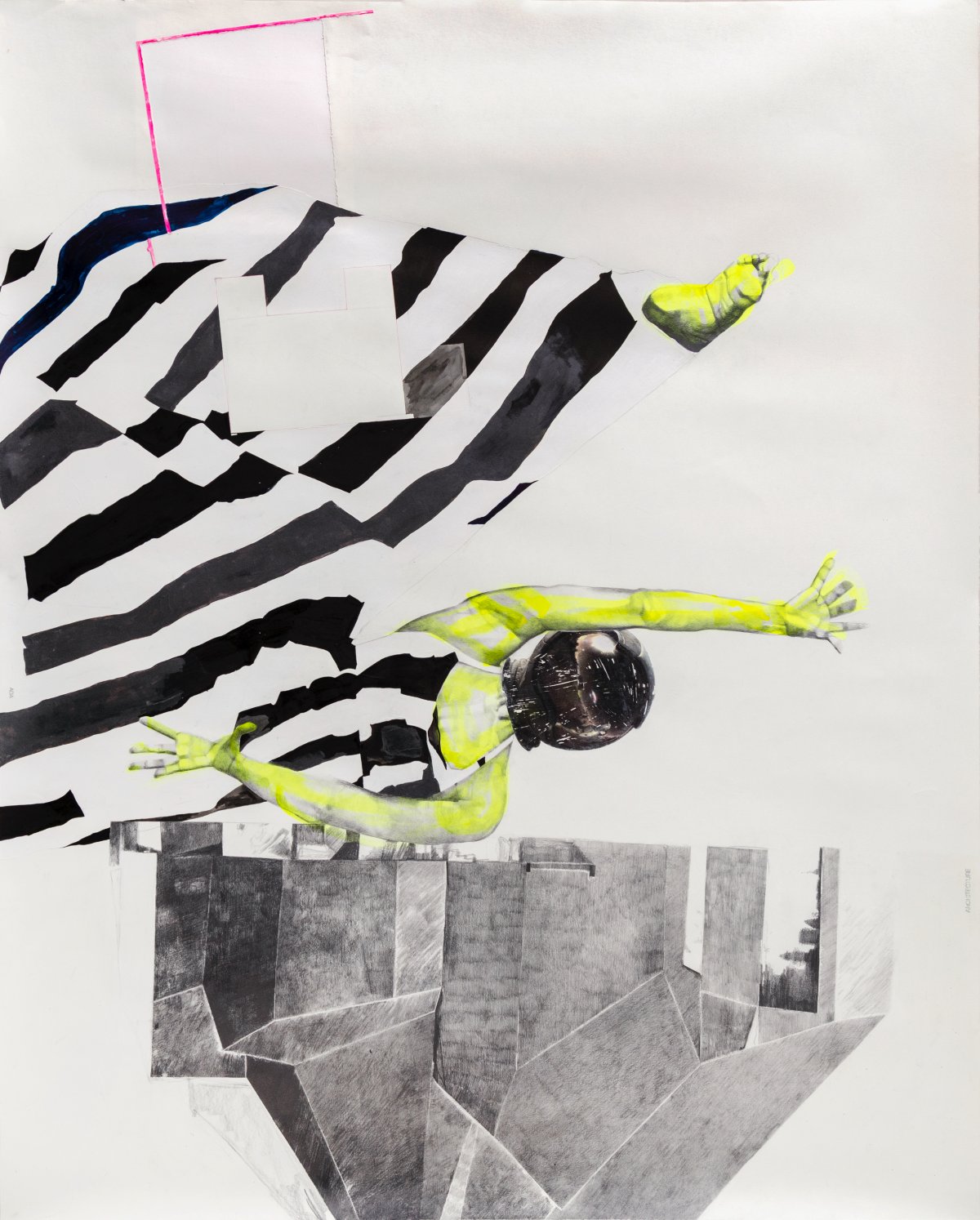 ruby onyinyechi amanze
one day in the living room, a spirit came upon her and filled her body with a dance she'd never known [channel] or ADA + ARCHITECTURE, 2022 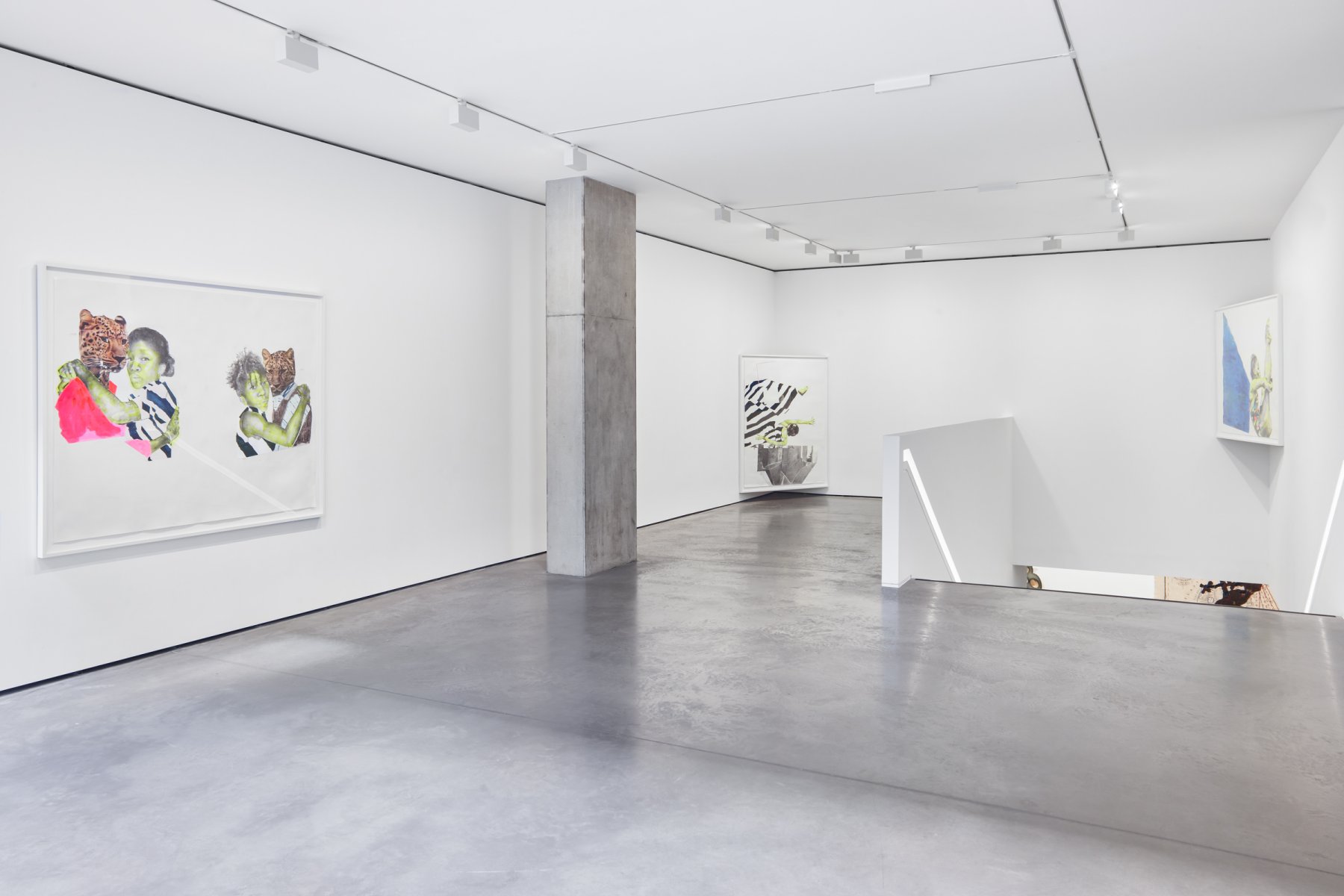 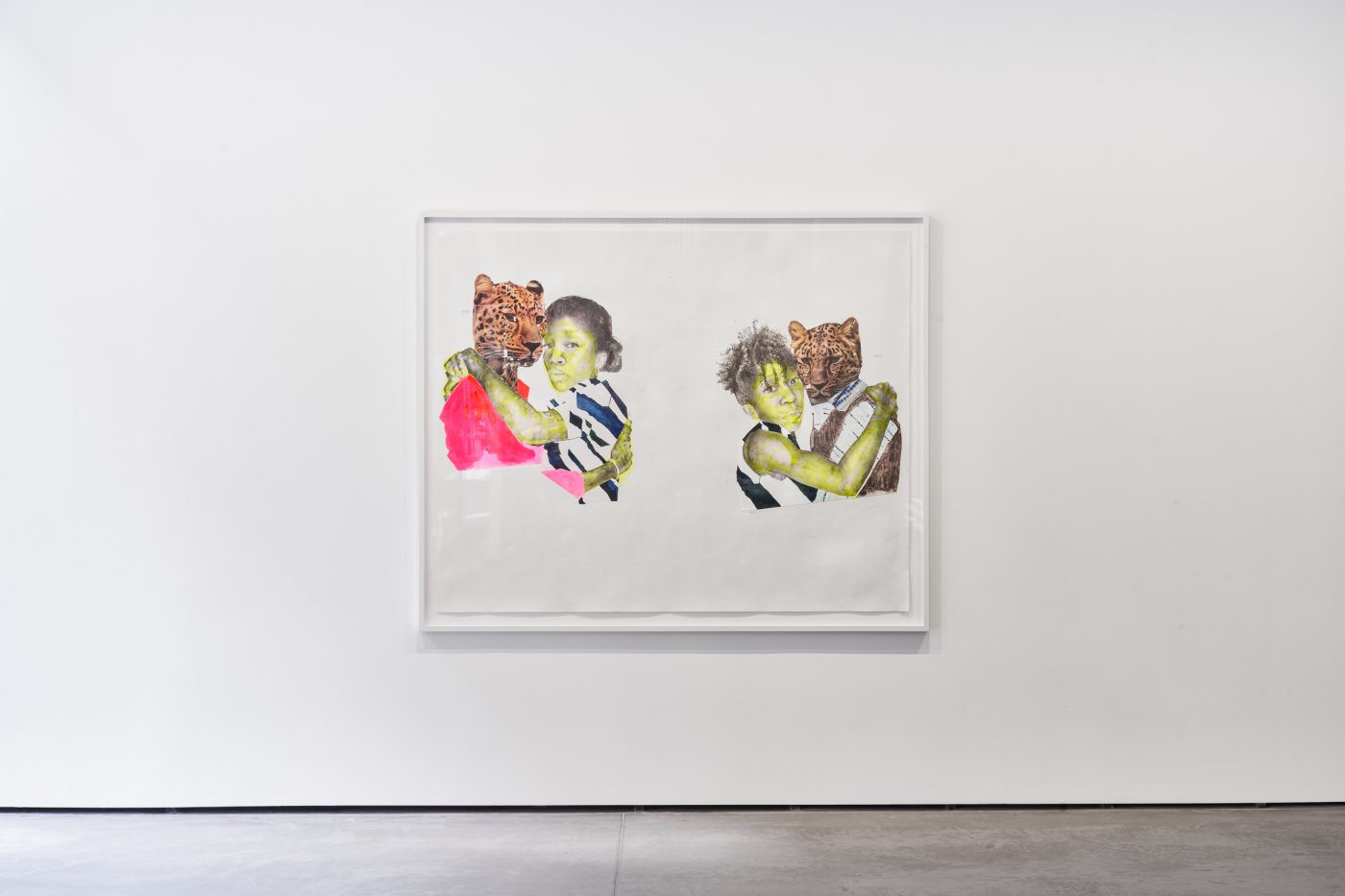 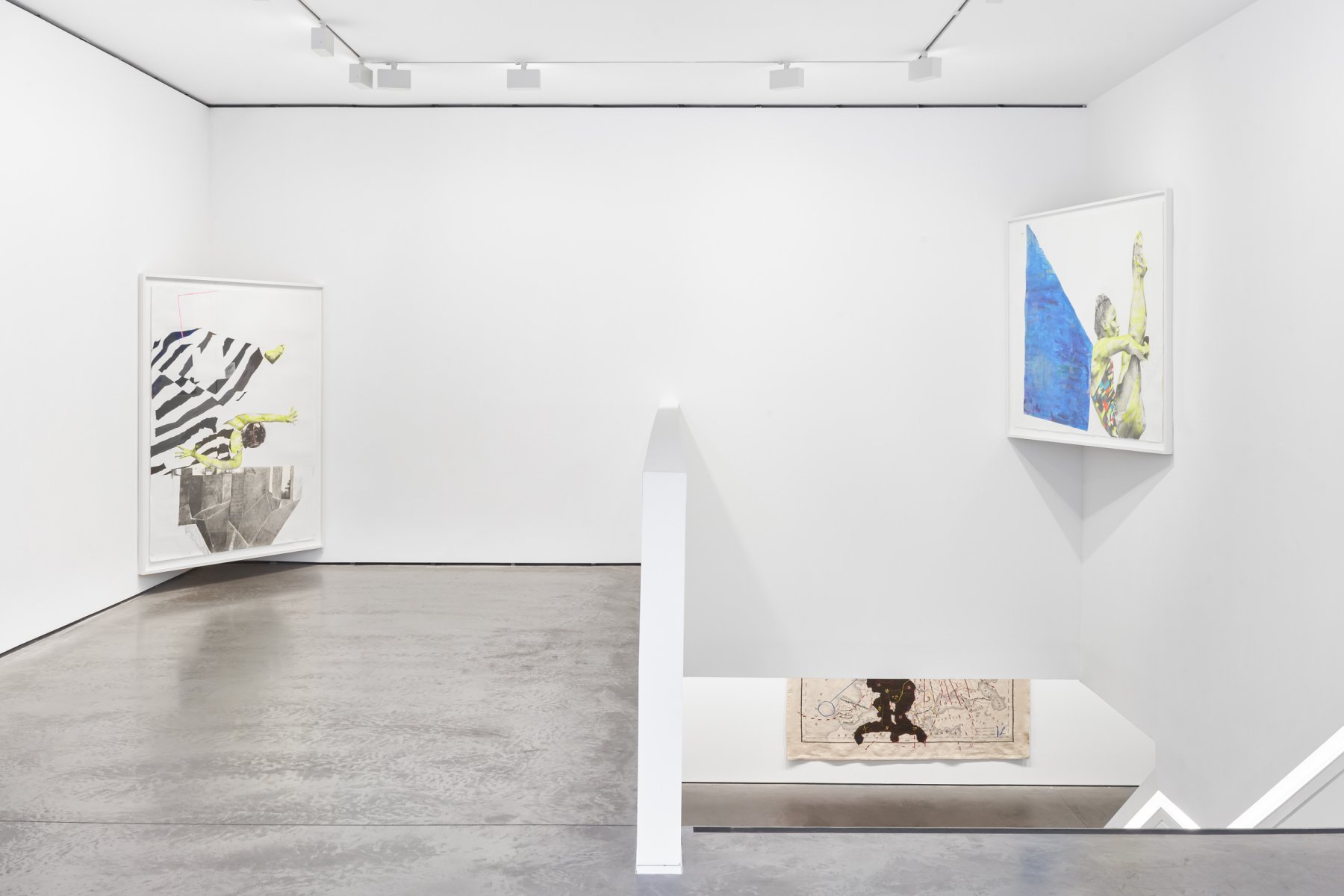 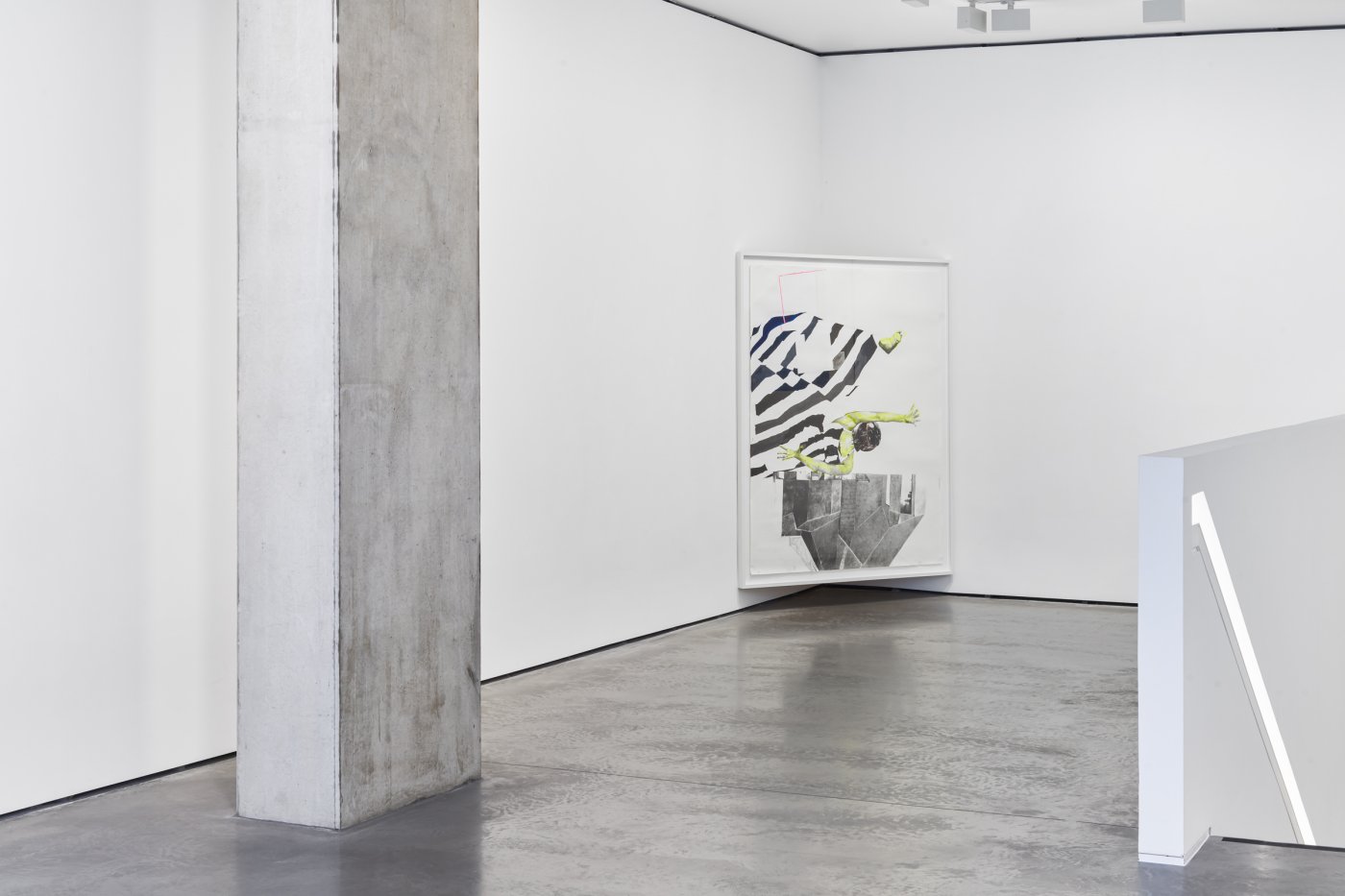 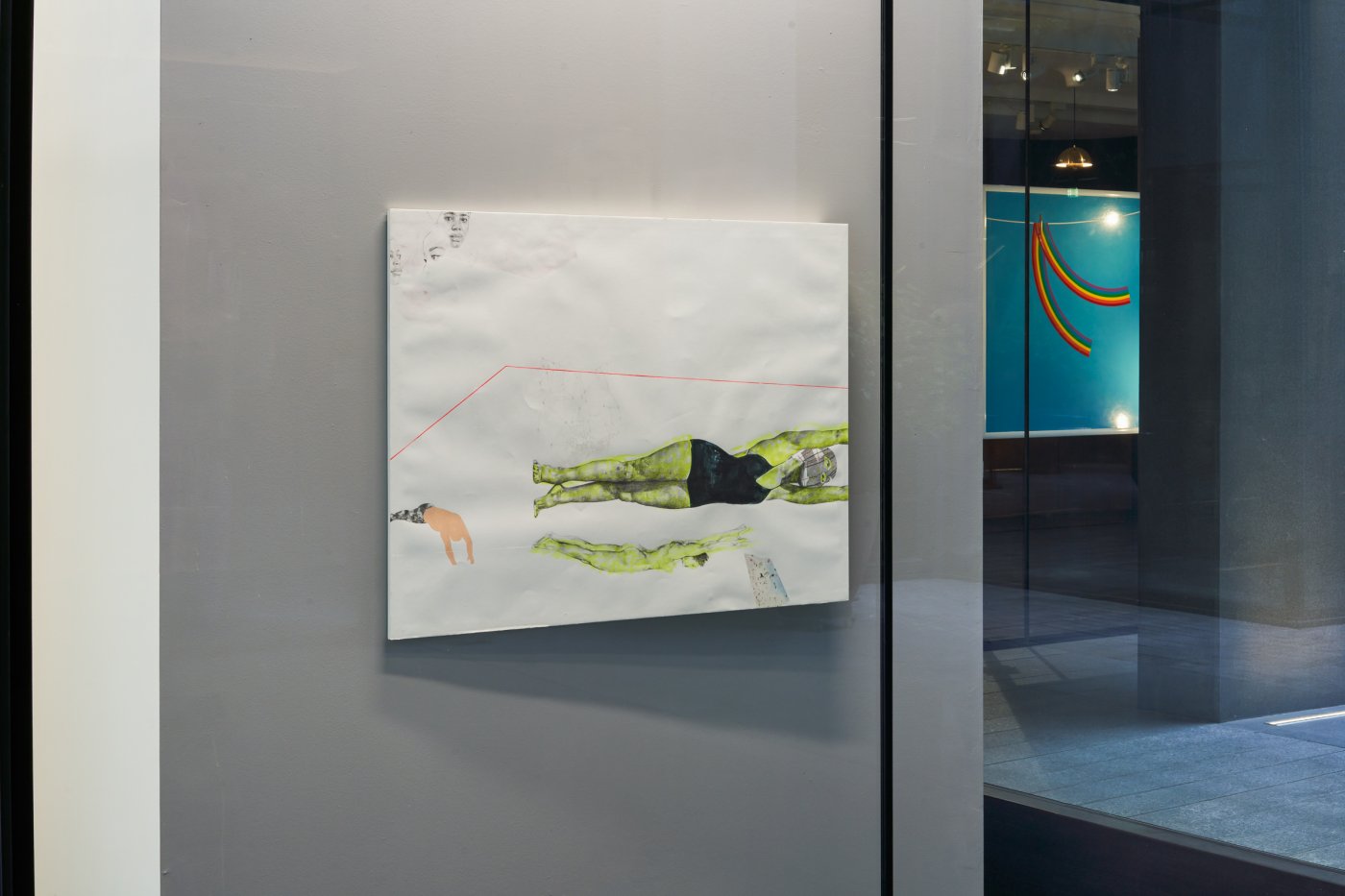 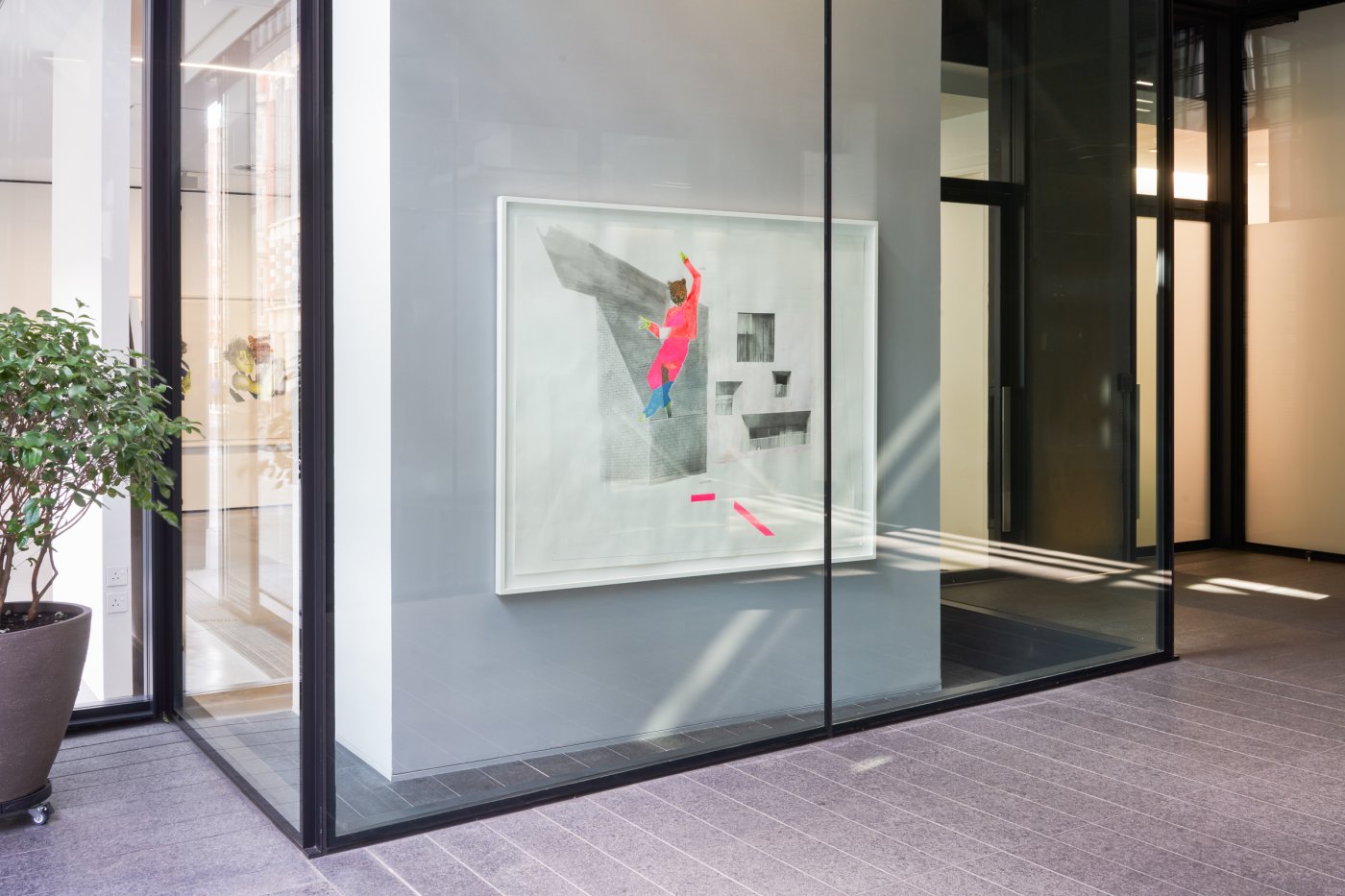 DUETS expands on the artist’s decade-long commitment to the discipline of drawing. Using a palette of seven recurring visual elements, amanze creates an expansive world that pushes against the idea of narrative. With no hierarchy, the seven include: architecture, birds, ada, bike, swimming pool and audre, with the final element being the paper itself. For this series, positioned as a choreographer of sorts, amanze experiments with placing these elements into pairings.

amanze’s practice pulls inspiration from the spatial negotiations found in design and the three-dimensional practices of dance and architecture. As part of an ongoing exploration, the malleability of space remains the primary antagonist.

A nameless, chimeric universe is simultaneously positioned between nowhere and everywhere. Each “duet” of two elements is suspended in an infinite space with no gravitational axis as part of the artist’s attempt to push the boundaries of depth and scale. Incorporating materials from graphite, to ink, to photo transfers, amanze slices and cuts imagery to create spaces and shapes where the elements meet.

Why pairings? “In my studio practice, I frequently and arbitrarily create restrictions for myself to work with. It is a numbers game, a puzzle of sorts, making drawings through a process of parts to a whole or a whole into parts” – amanze. In earlier work, the sudo-human figures of ada and audre featured as main characters. This series explores what it means to place the two selected elements on a level playing field and to reject a hierarchy between them.

For this presentation, amanze considers the physical boundaries of the gallery as part of ongoing research into how to interrupt and play with space. This extends to engaging with the corners of the room and the floor.

amanze completed a residency at the Queens Museum and the Drawing Center’s Open Sessions Program, both in New York. She has exhibited in Lagos, London, Johannesburg and Paris, and, within the US, at the California African American Museum, the Drawing Center and the Studio Museum of Harlem.