Monika Sprüth and Philomene Magers present Why gravel, Ms. Smith?, a solo exhibition of new works by Rosemarie Trockel at Sprüth Magers, London. On view are new and recent ceramic works, a previously unseen Cluster consisting of digitally reconfigured photographs, as well as two new variants of key themes and forms, including the debut of a series consisting of oil paintings based on her photographic images. 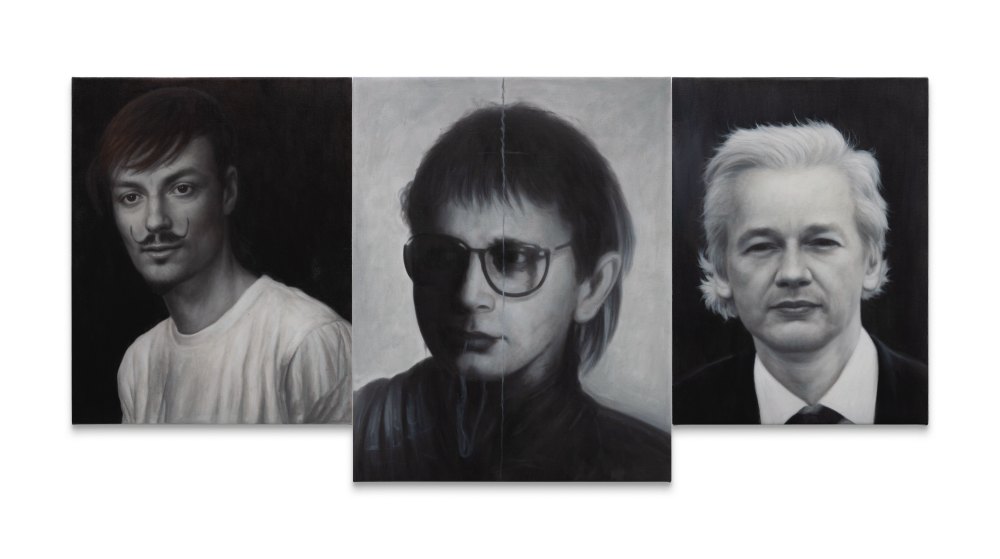 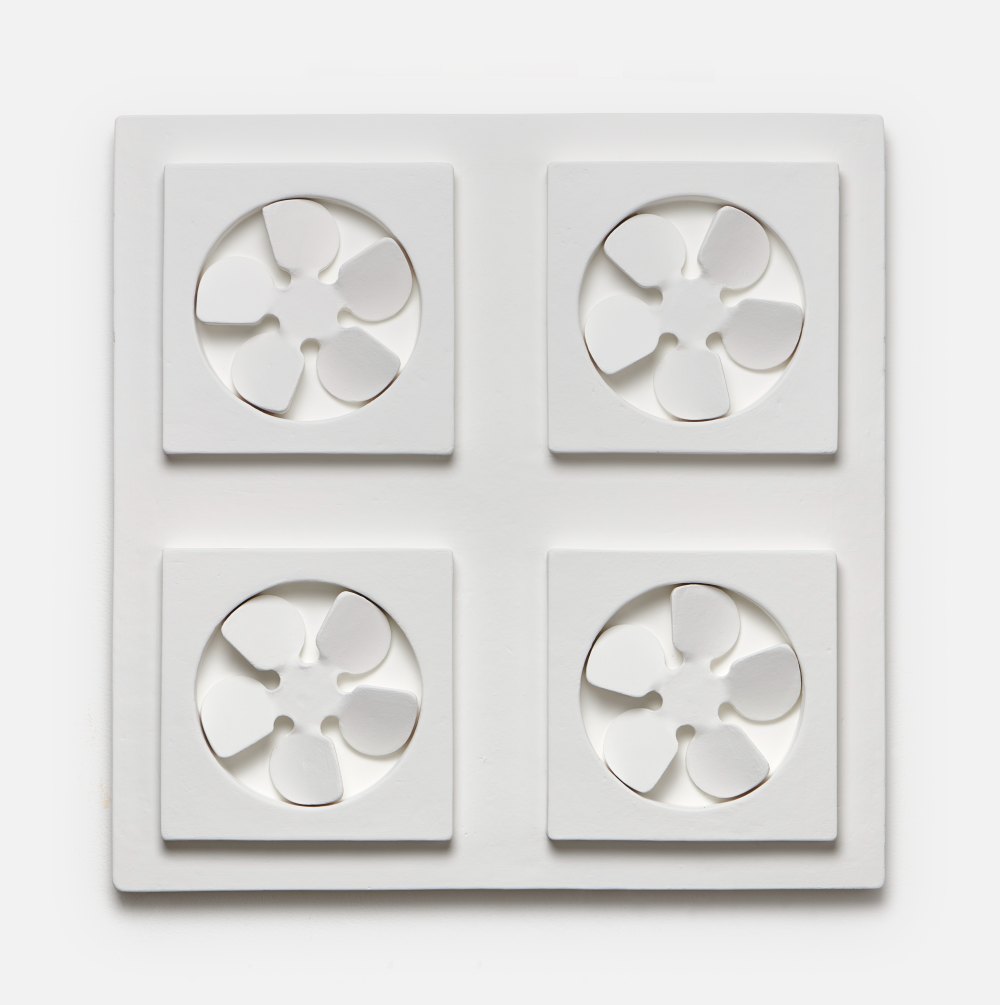 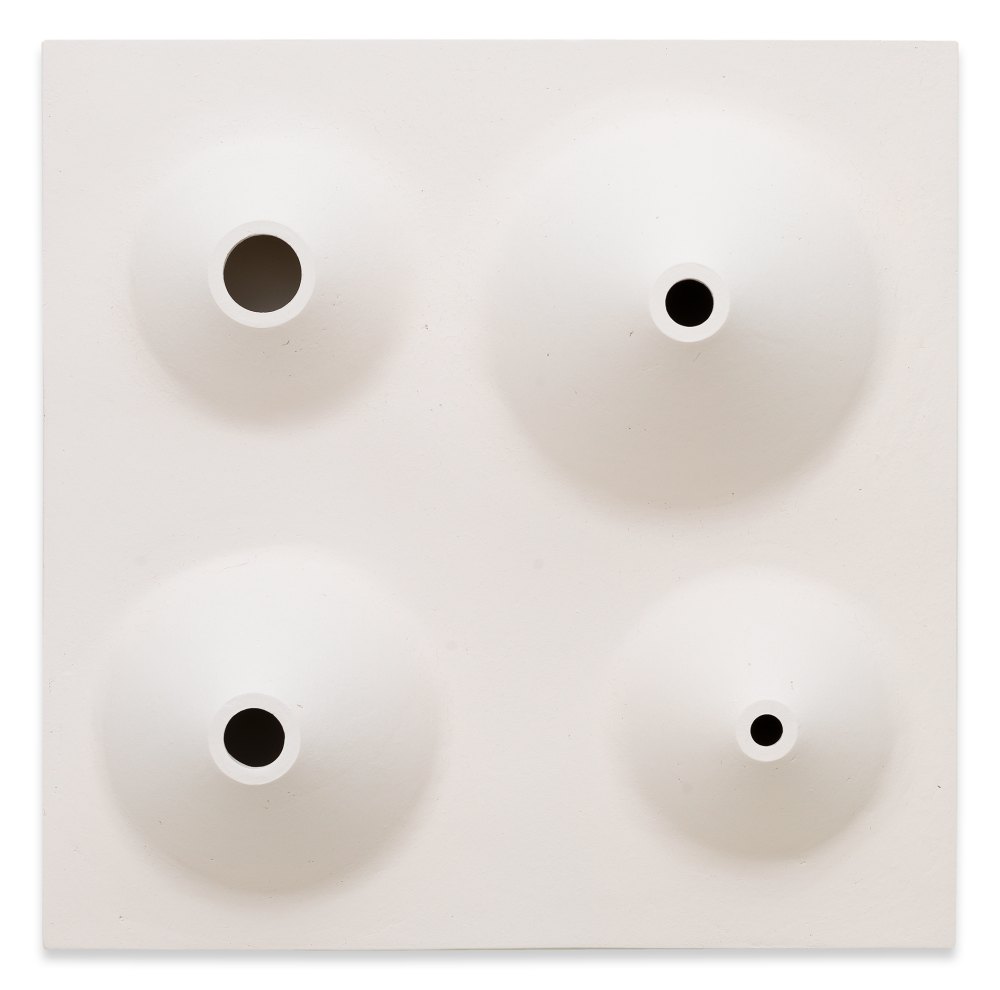 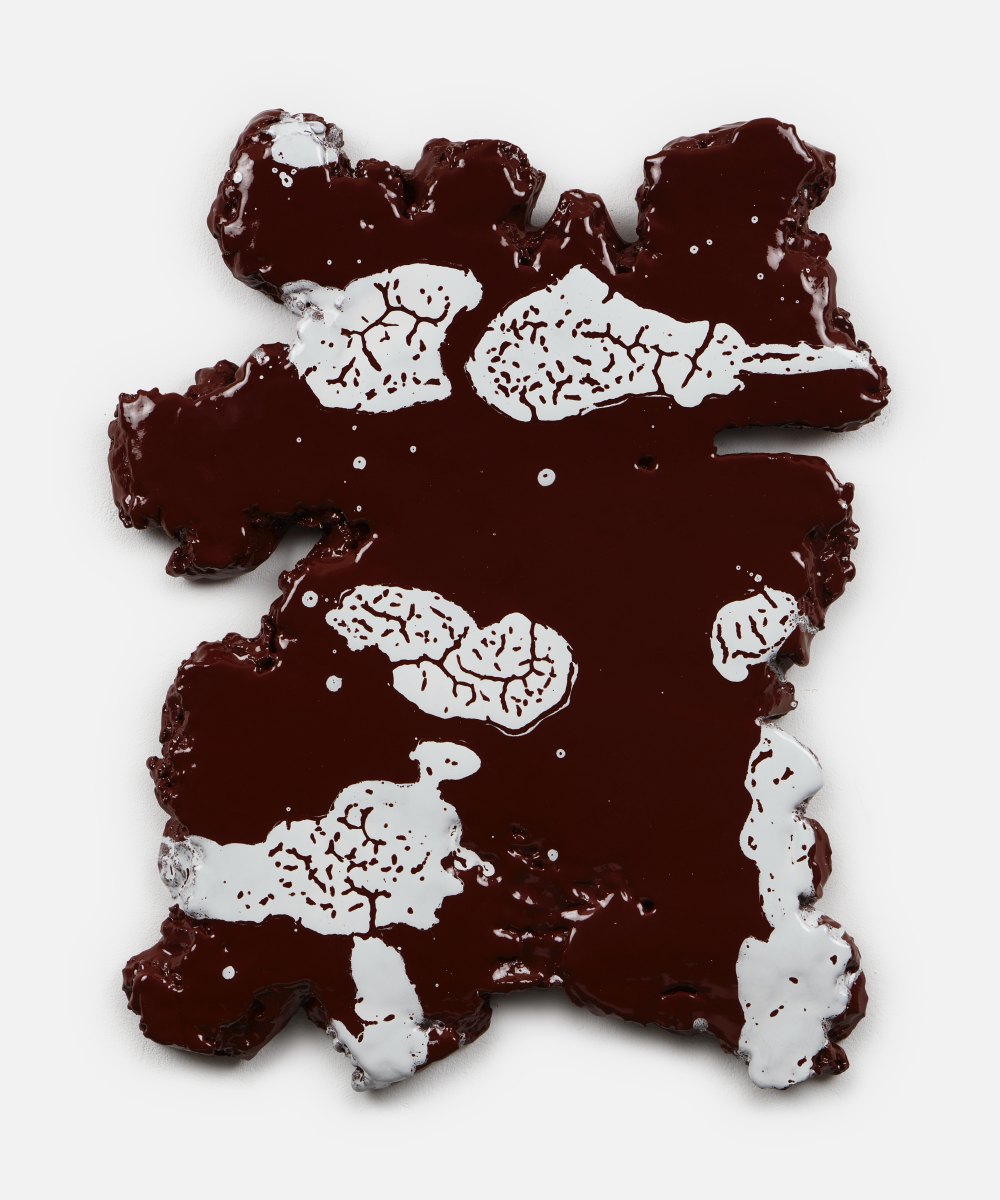 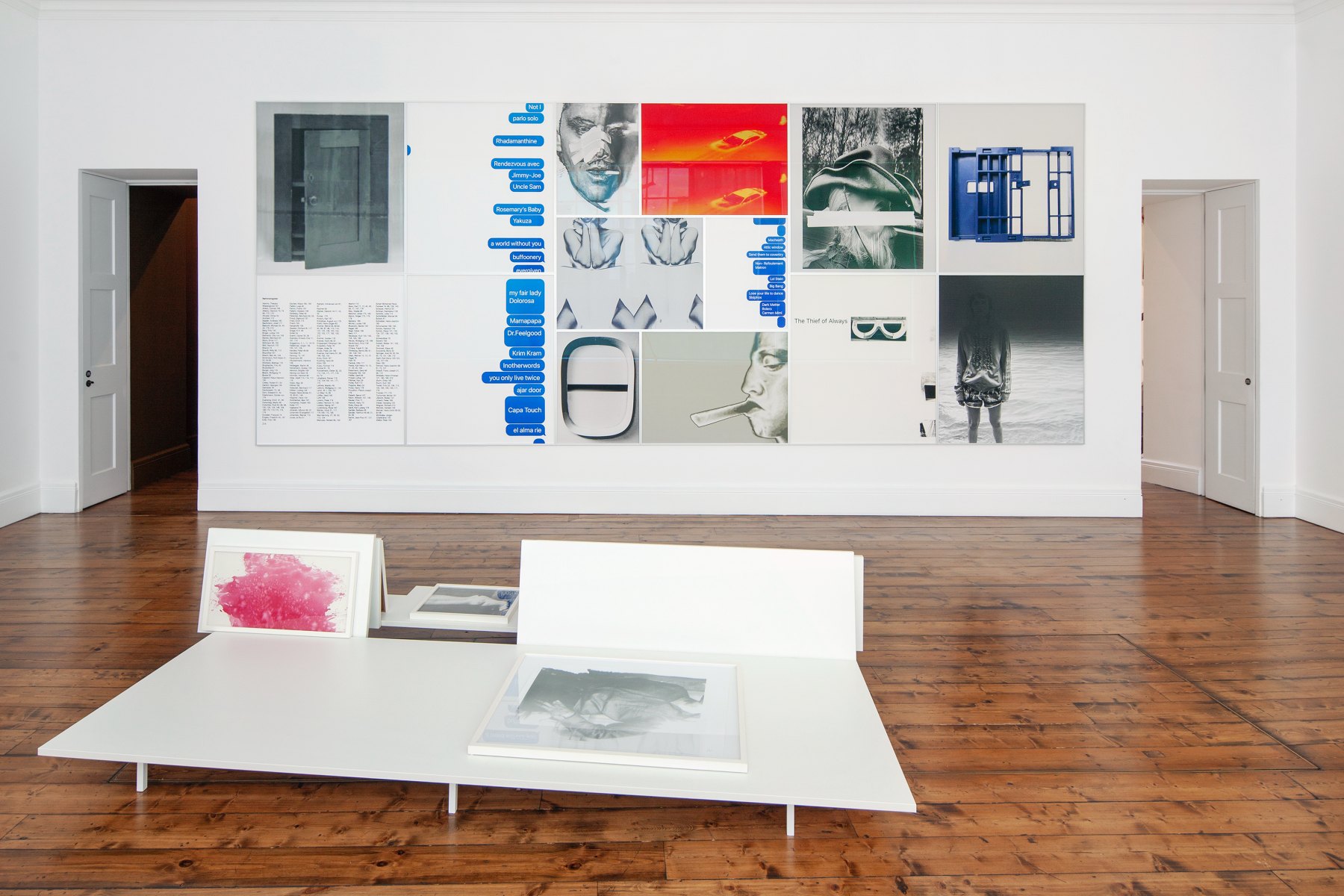 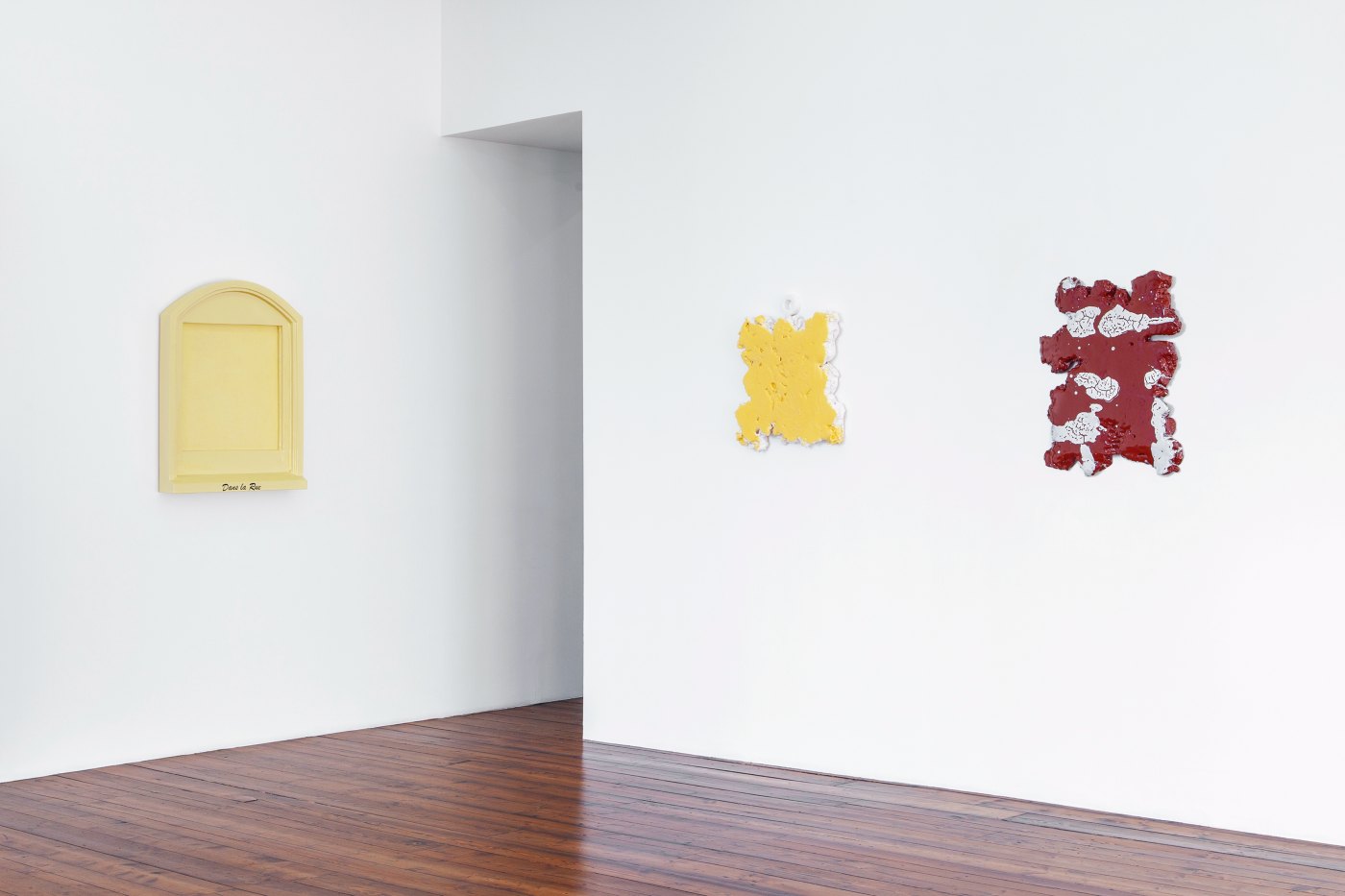 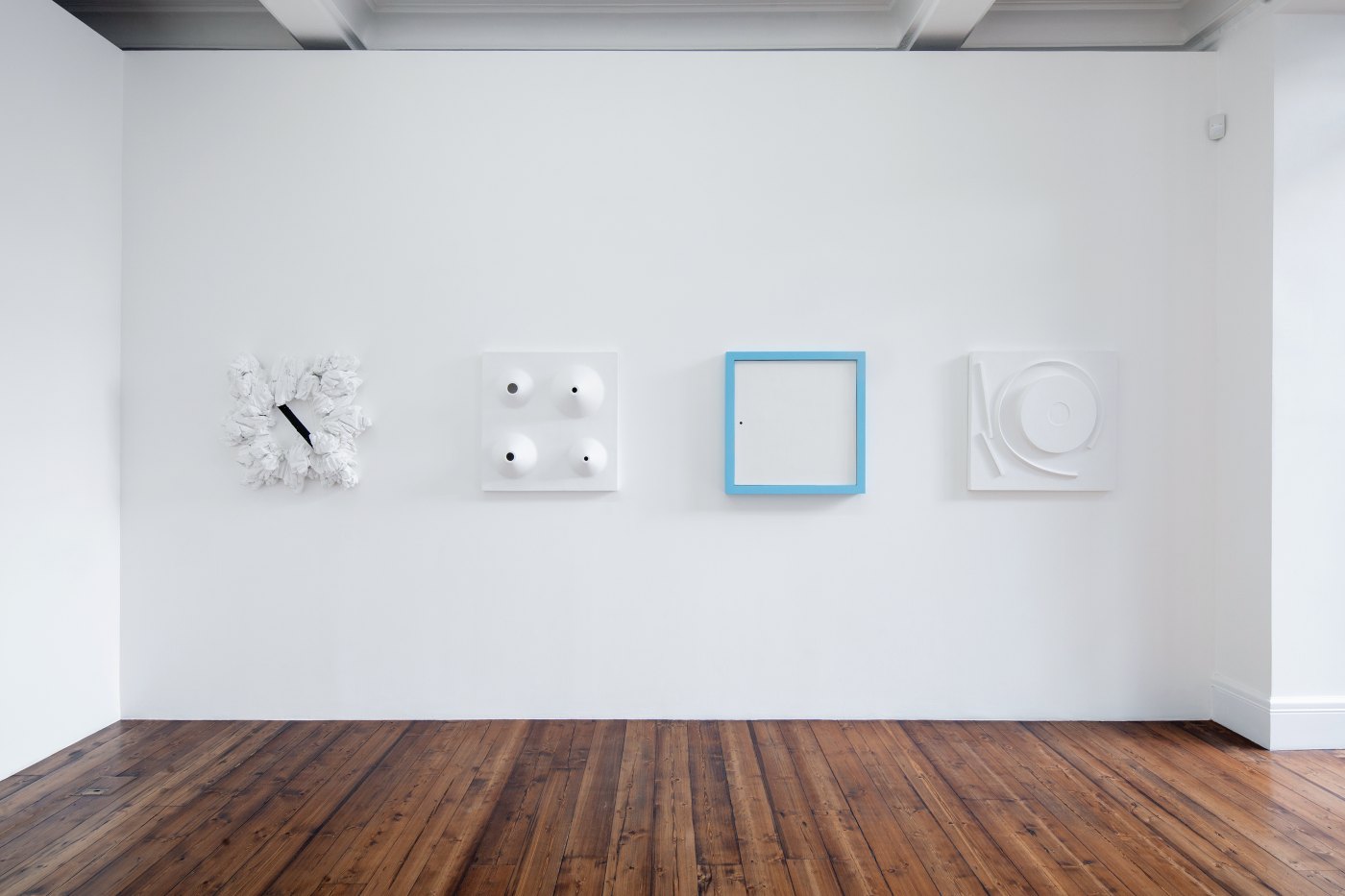 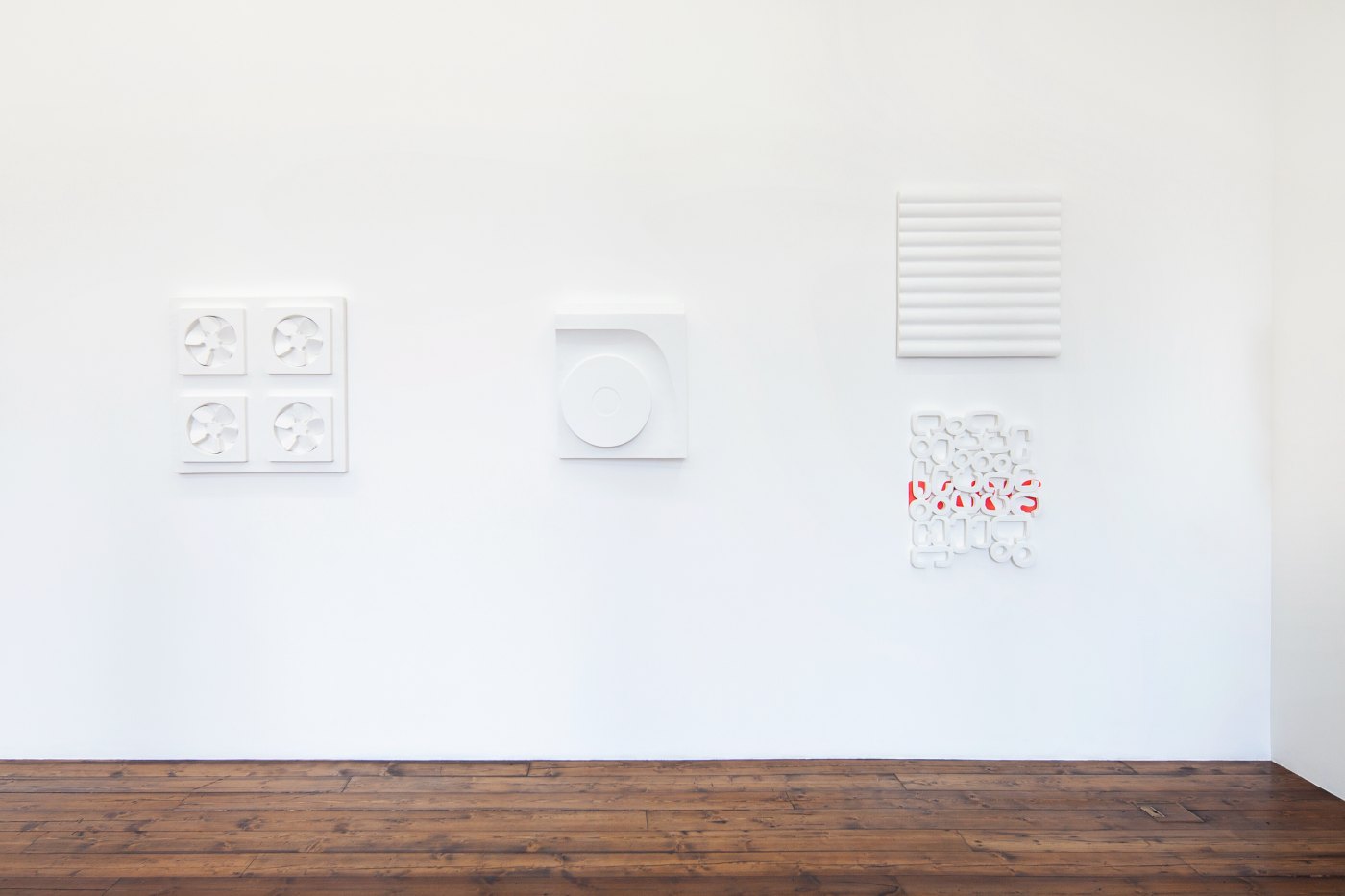 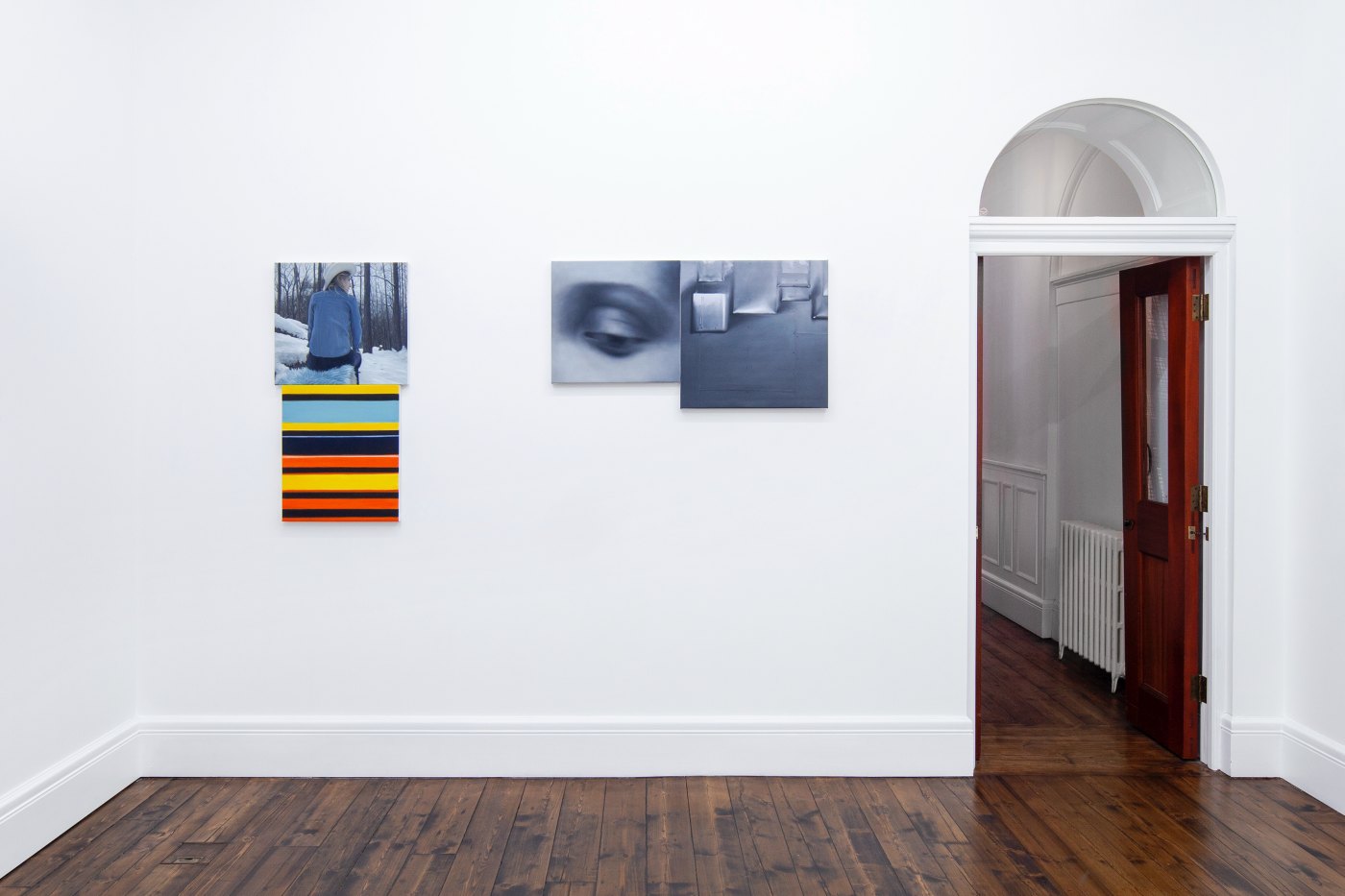 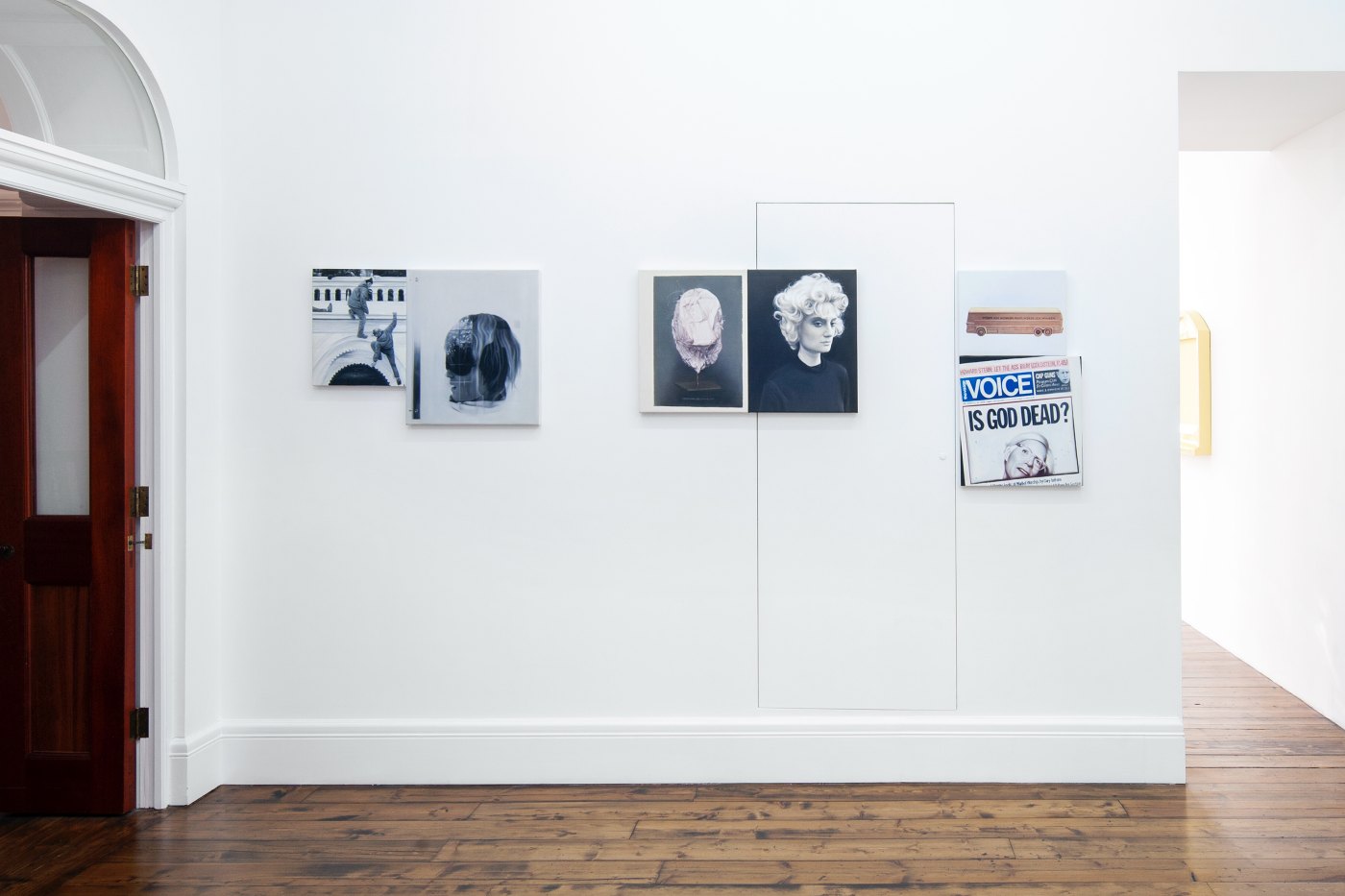 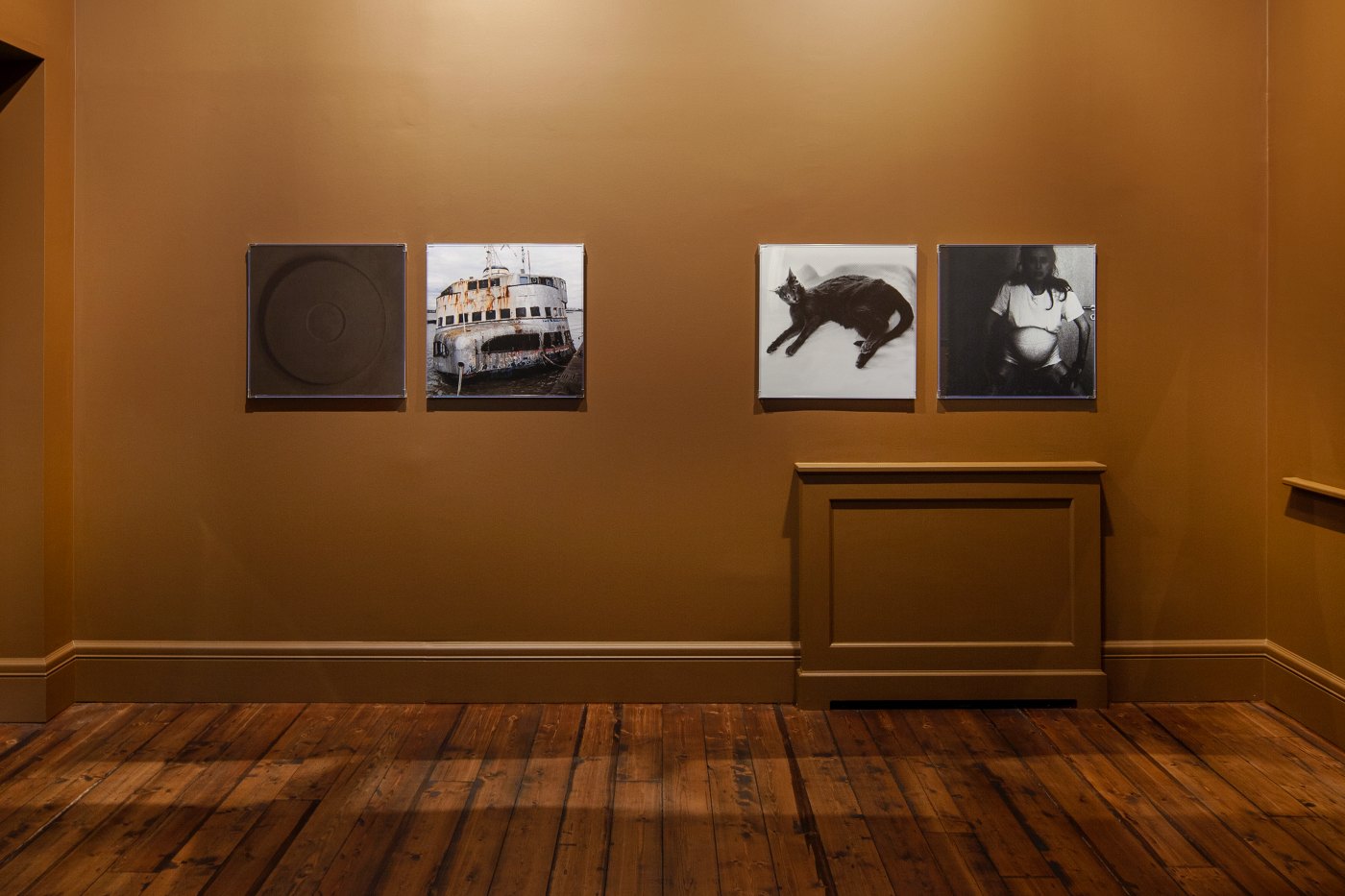 Through her multifaceted practice, Trockel investigates questions that emerge from artistic processes as well as societal issues, one such example being her reinterpretation of “feminine” techniques and crafts, such as ceramics. In this exhibition, a series of ceramic works demonstrate her range from amorphous to definite objects: some allude to organic shapes found in nature or resemble mirror-like objects while others are structured forms cast in mold reliefs. They deny metaphorical descriptions and obvious interpretations. This is reinforced through her consistent use of matte white paint that attempts to further impede possible associations.

In her large-scale Clusters, Trockel revisits and samples several of her previous works from various times and contexts by making each grouping a unique work full of contradiction. CLUSTER VI: Door Ajar consists of 14 digitally reconfigured photographs, including snapshots taken by the artist with her iPhone, a number of staged or digitally manipulated images as well as reconfigurations of her own works since the early 1980s. As a multilayered and seemingly disconnected world of images, the work brings to light the ways we organize thoughts, memories, and ideas, while revealing our inherent drive to impose order on disorder. In front of Cluster VI, the abstract sofa-sculpture Device (2015) is part of a body of work that takes inspiration from pieces of furniture; a selection of prints is displayed on it.

In the exhibition, a new variation of her sampling is presented as a series of smaller, square prints framed in plexiglass. Key themes and forms also appear in another new body of work of oil-on-canvas paintings – the first time her images are rendered in this medium. Emphasizing the serial approach of her practice, the compositions demonstrate how integral variations are within Trockel’s oeuvre which is fueled both materially and conceptually by a constant process of collecting, overwriting, and re-ordering. She regards the artwork as an unstable aggregate of form and concept, deploying this radical instability to dismantle a range of cultural categories, rules, and dogmas.