Maximillian William presents Subterrane, the West Cornwall based artist Rosanne Robertson’s first solo presentation with the gallery. The exhibition brings together recent sculpture, performance, drawings and paintings which continue Robertson’s exploration of the terrain of the Queer body in the landscape – inspired by the great energy, freedom and fluidity of the sea. 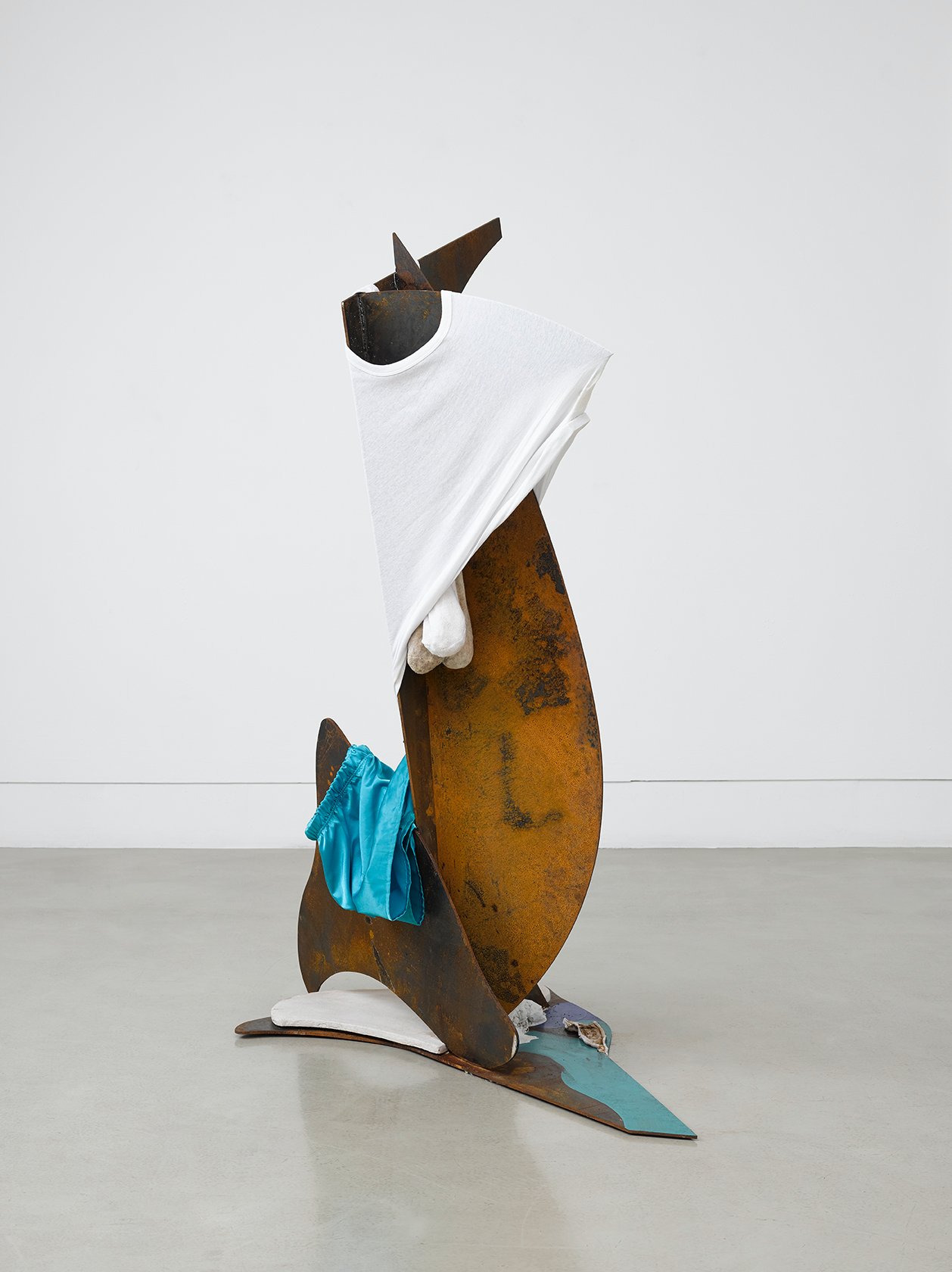 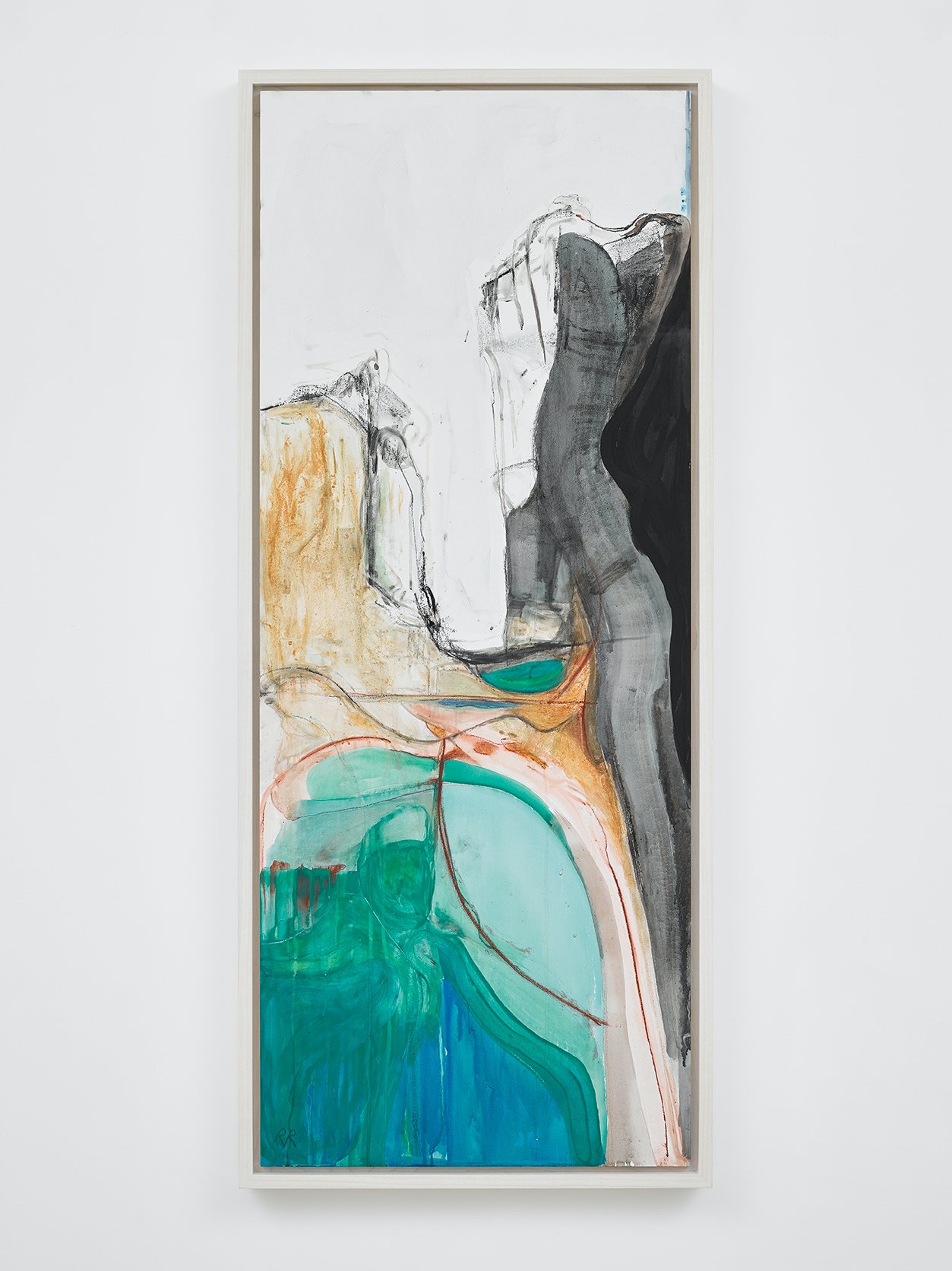 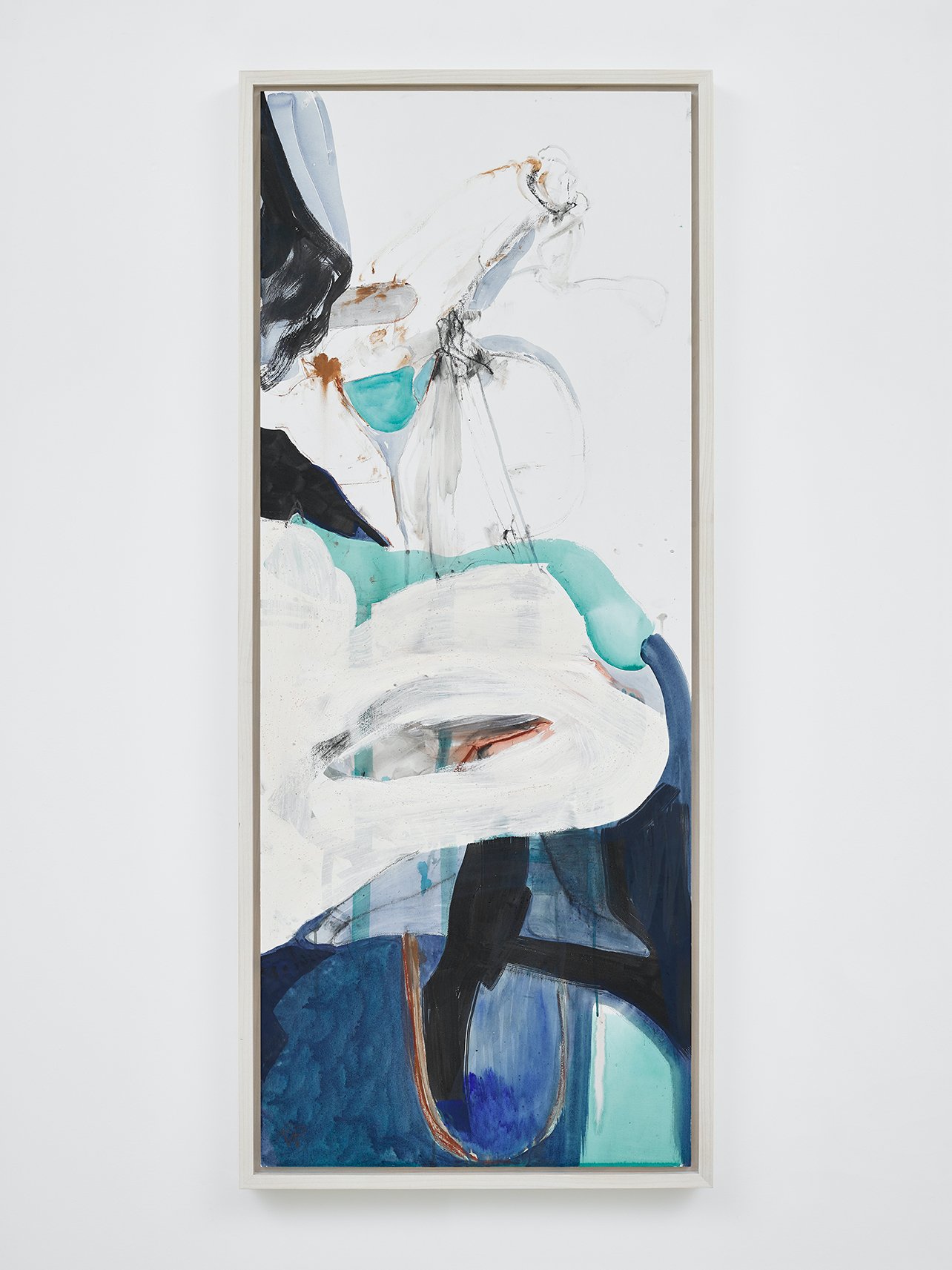 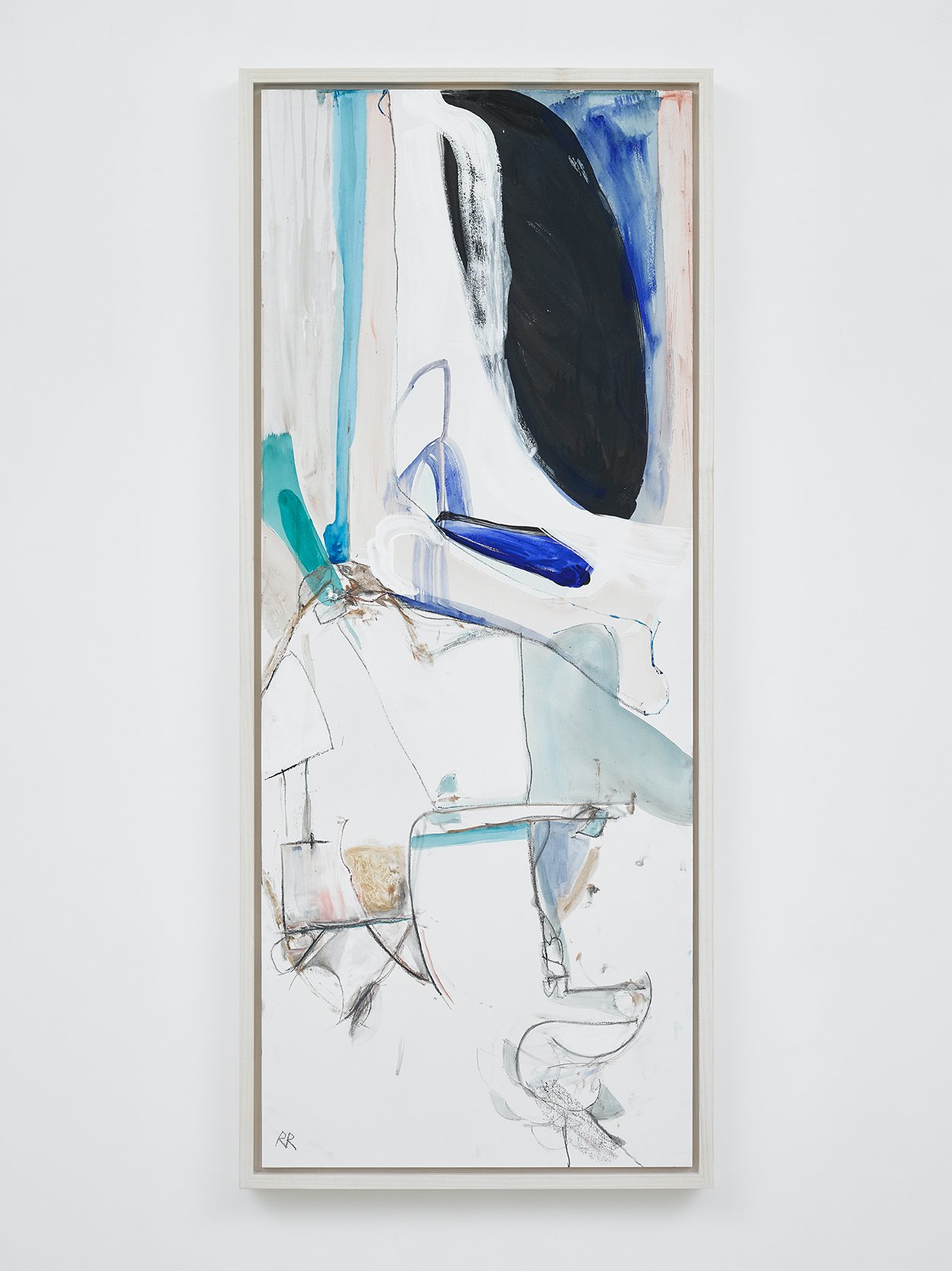 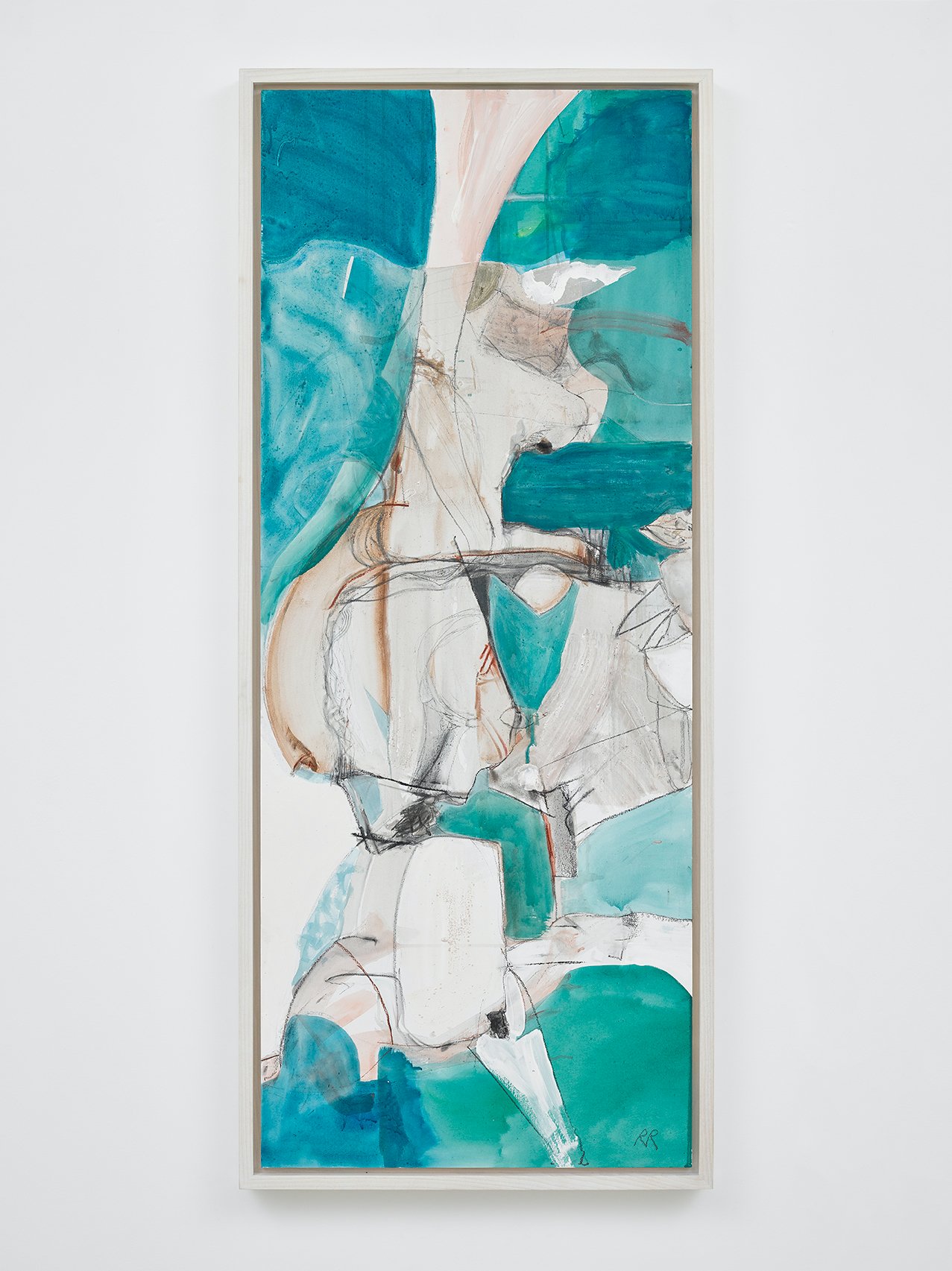 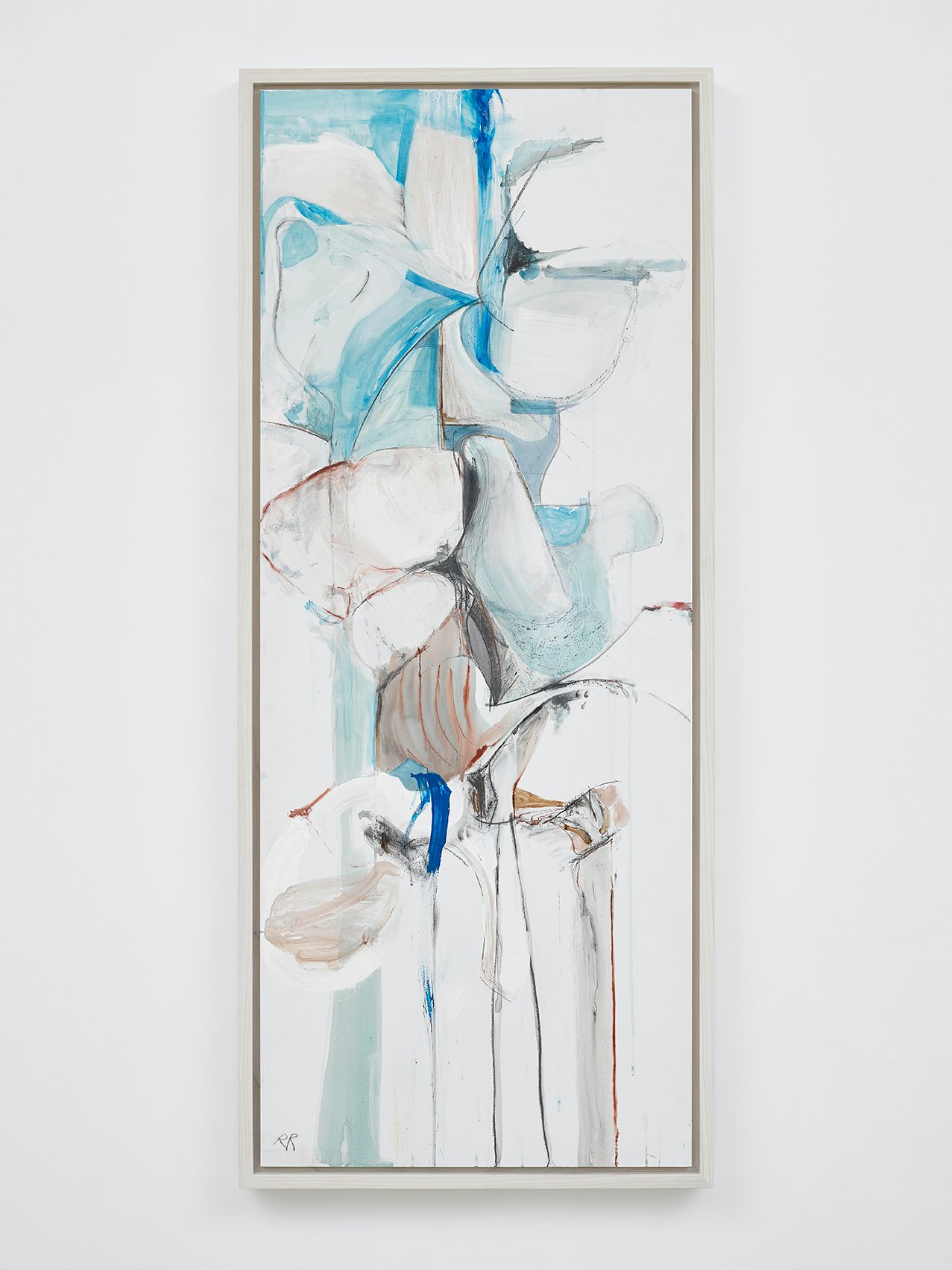 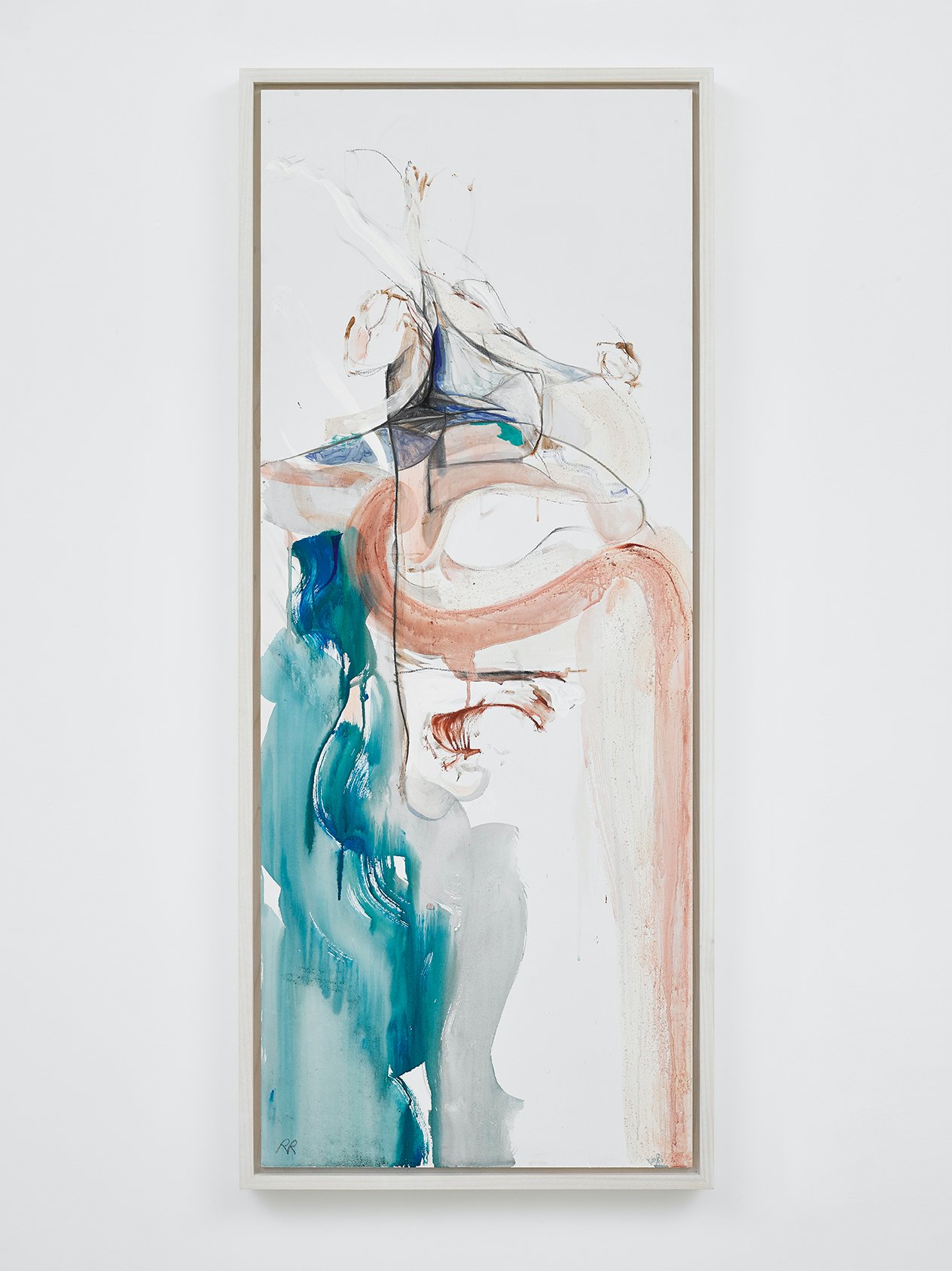 Rosanne Robertson
We kind of welded together, 2021 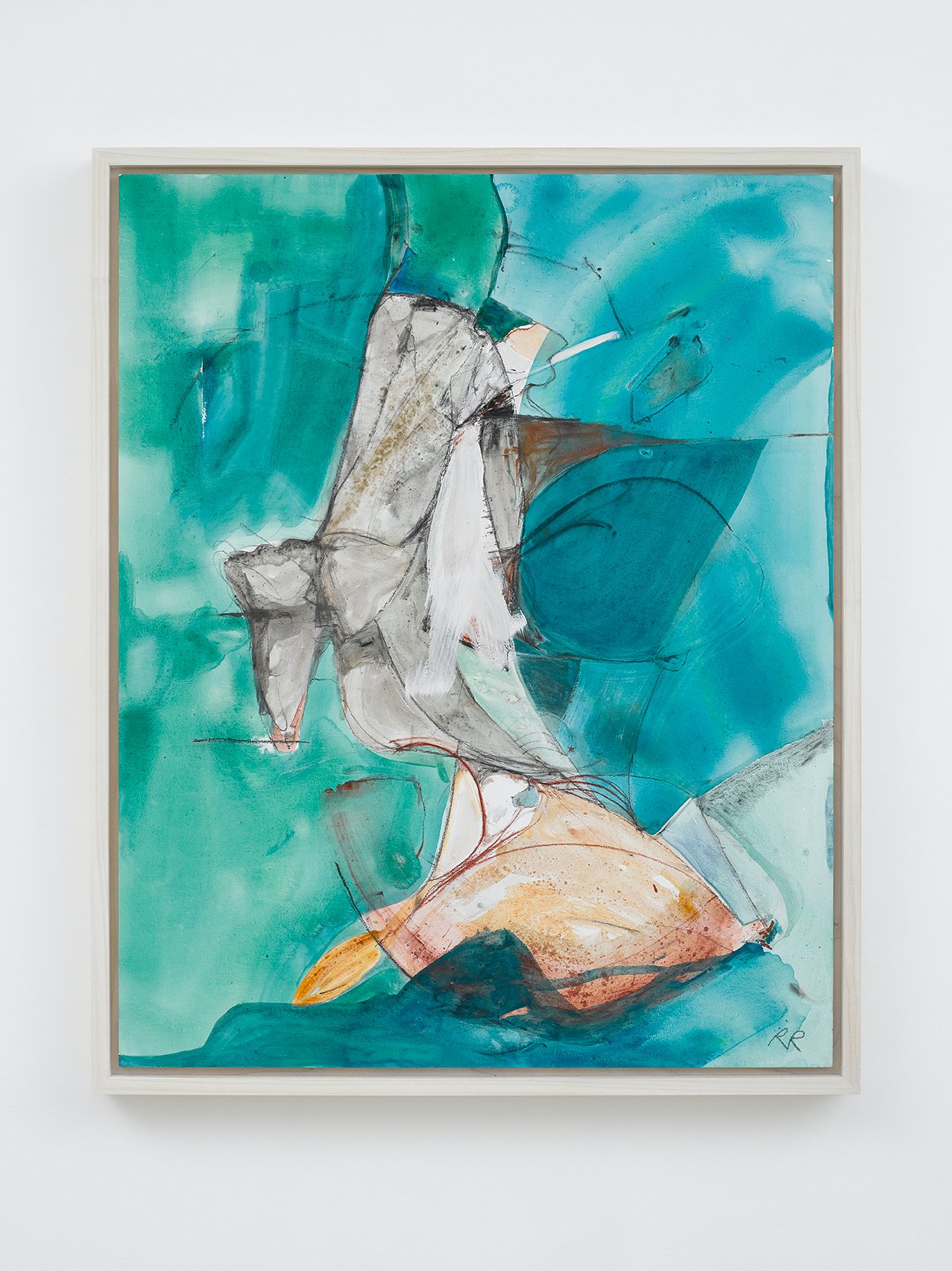 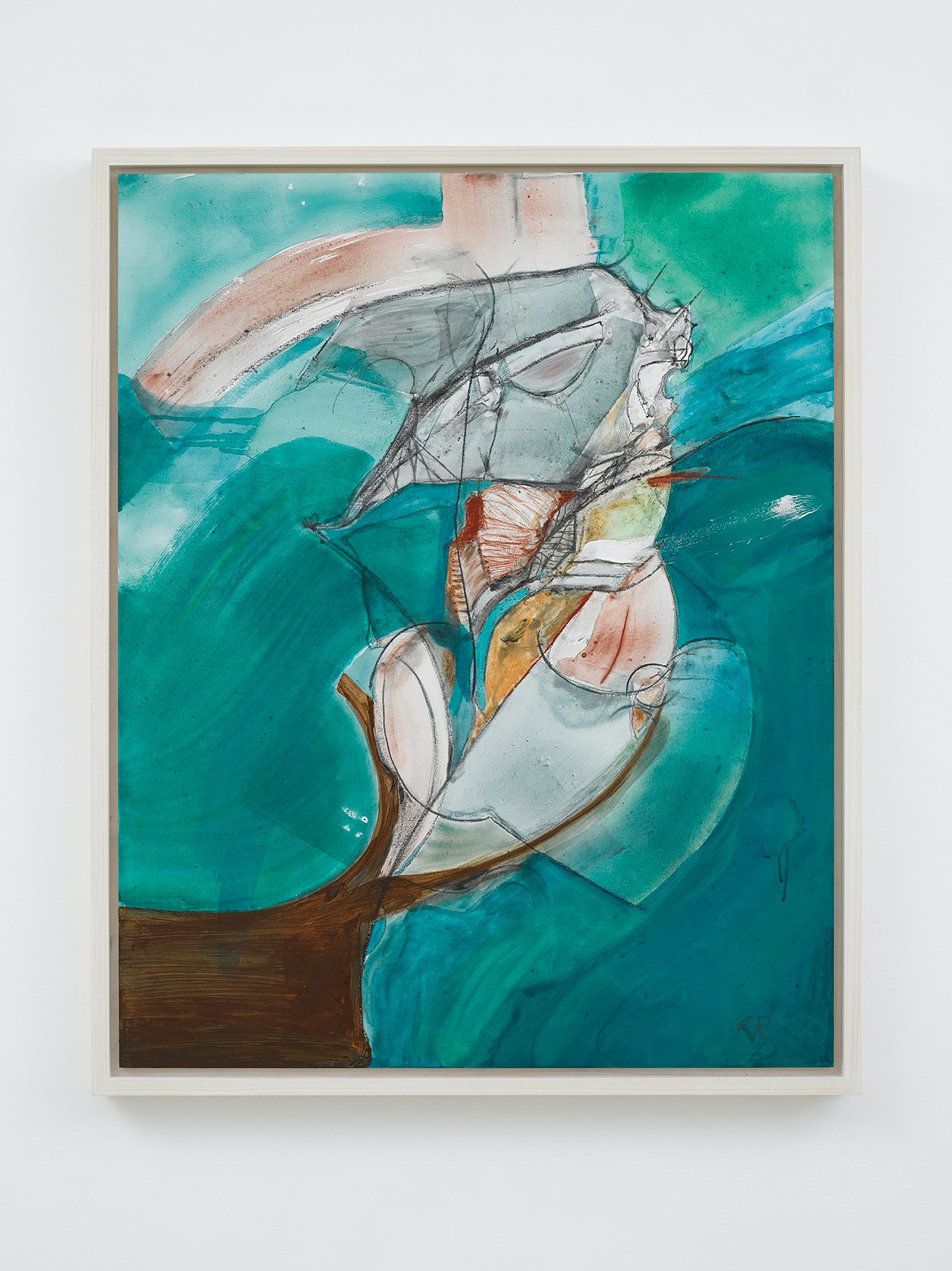 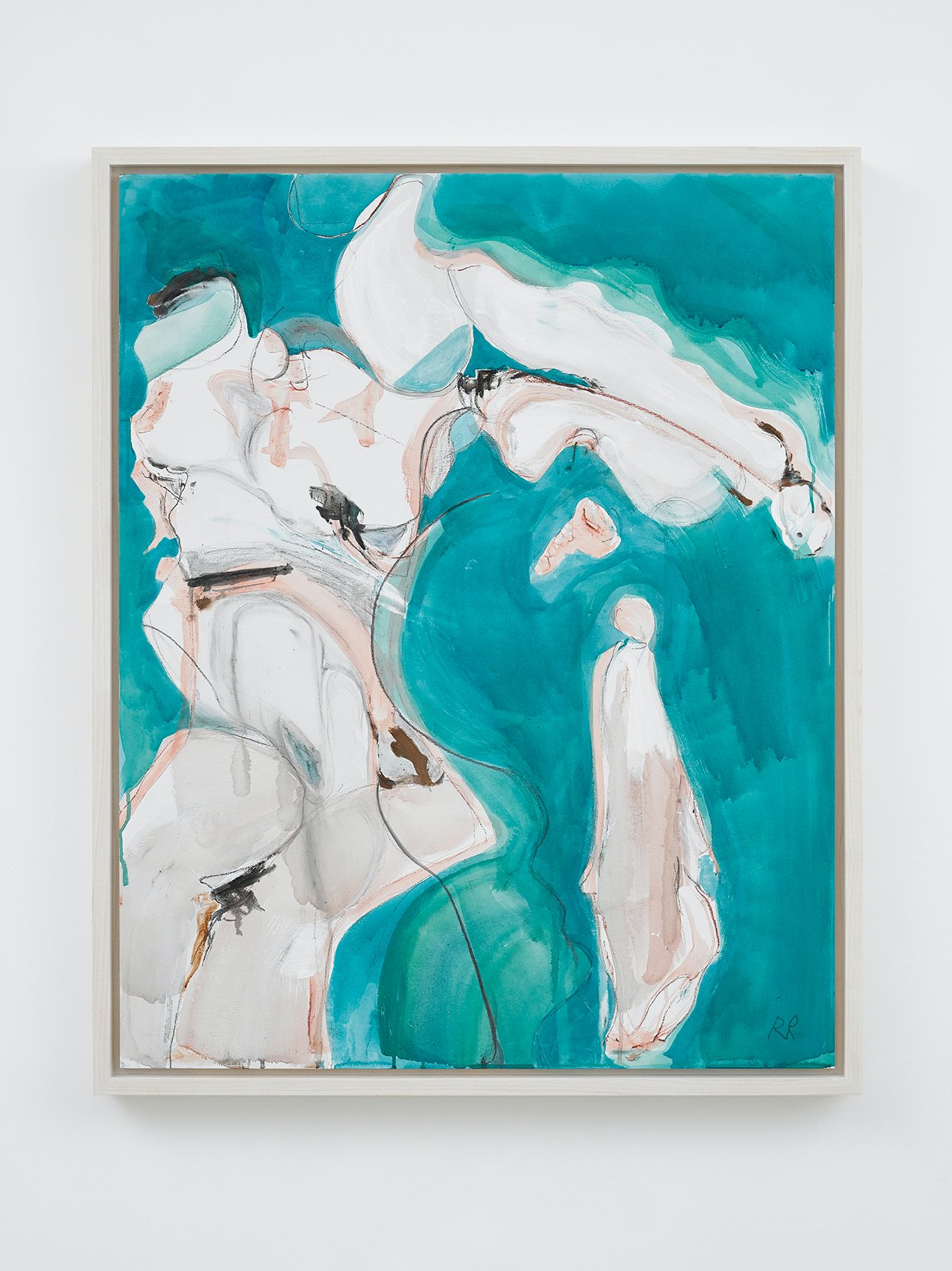 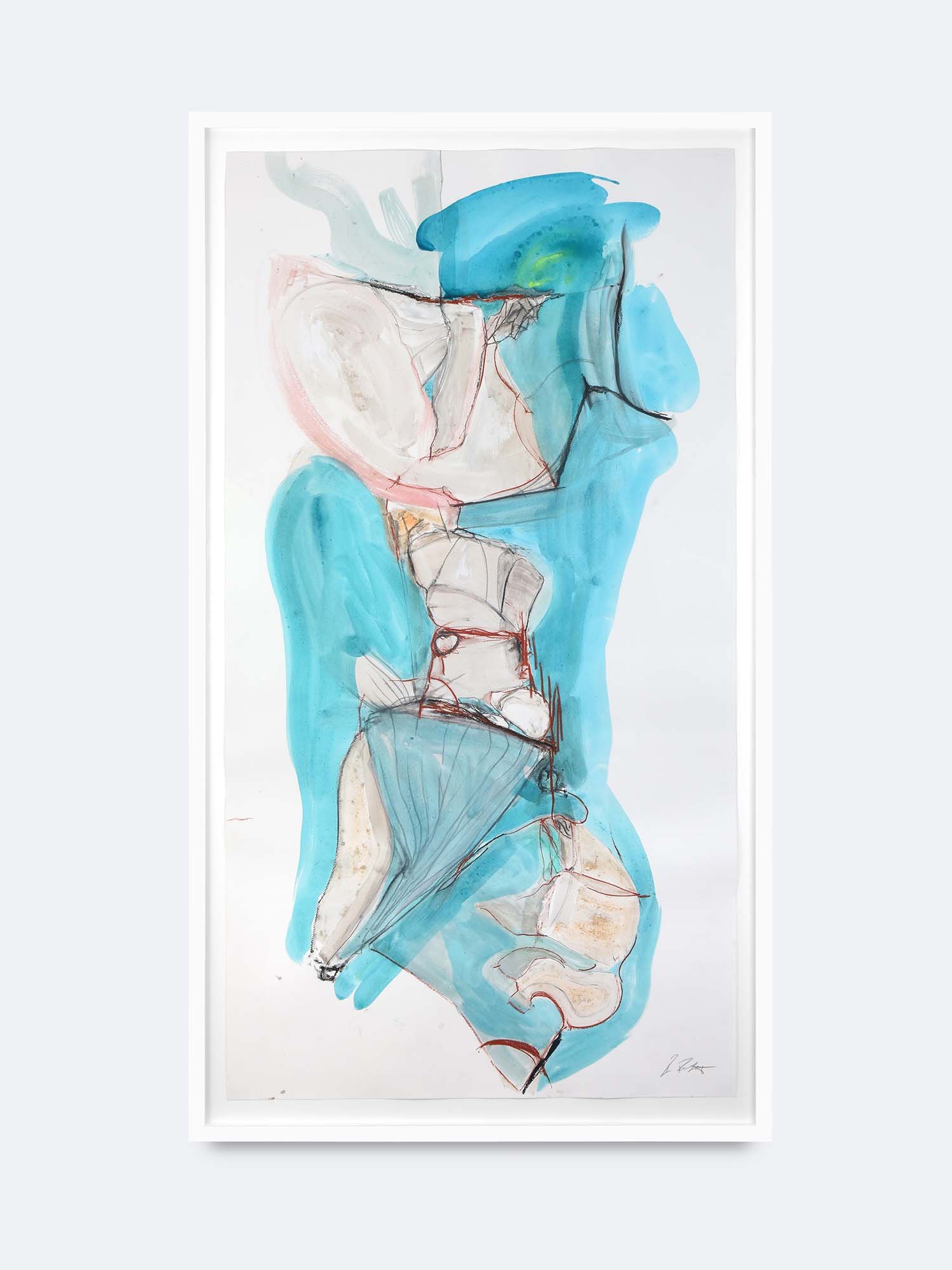 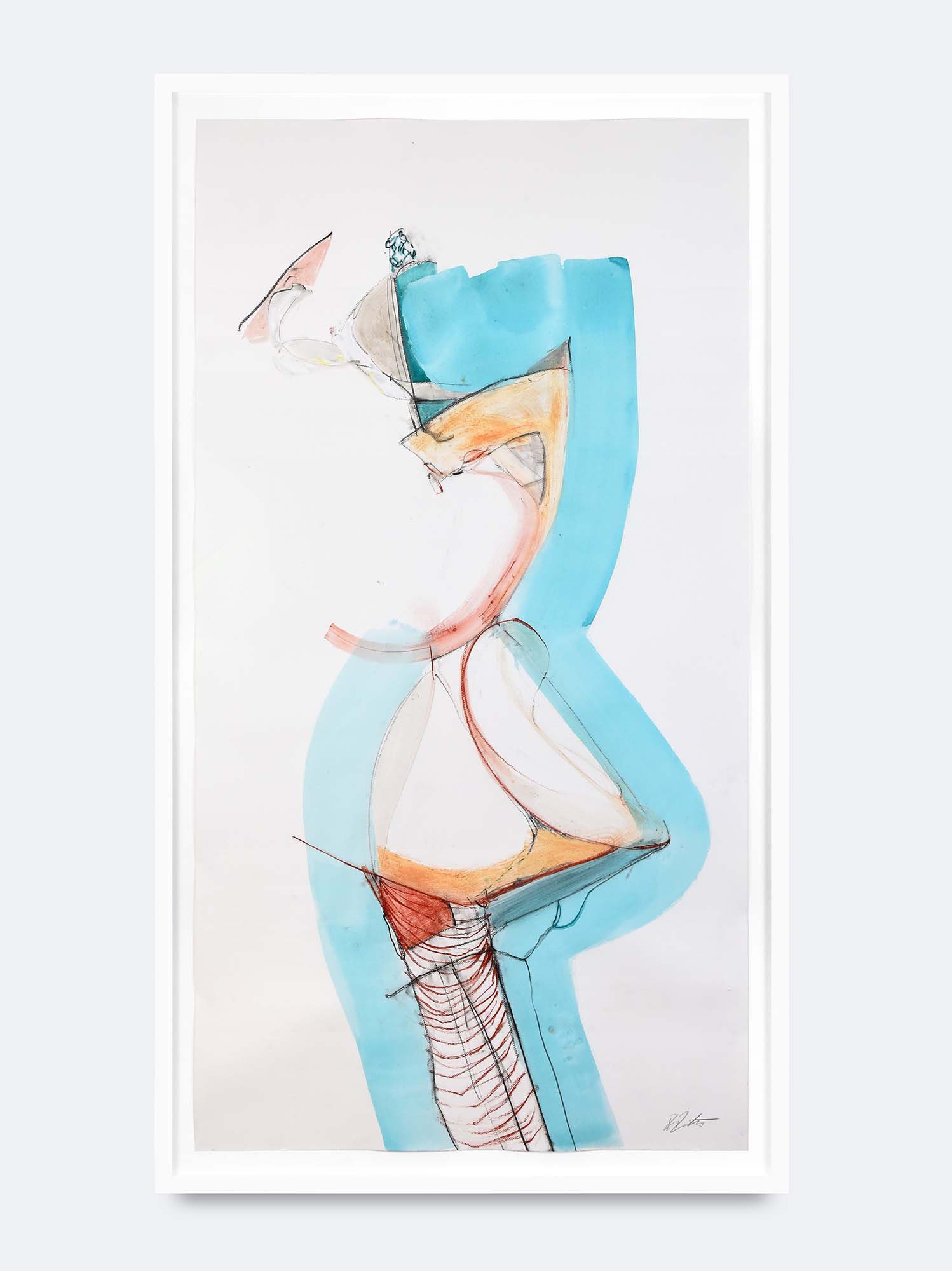 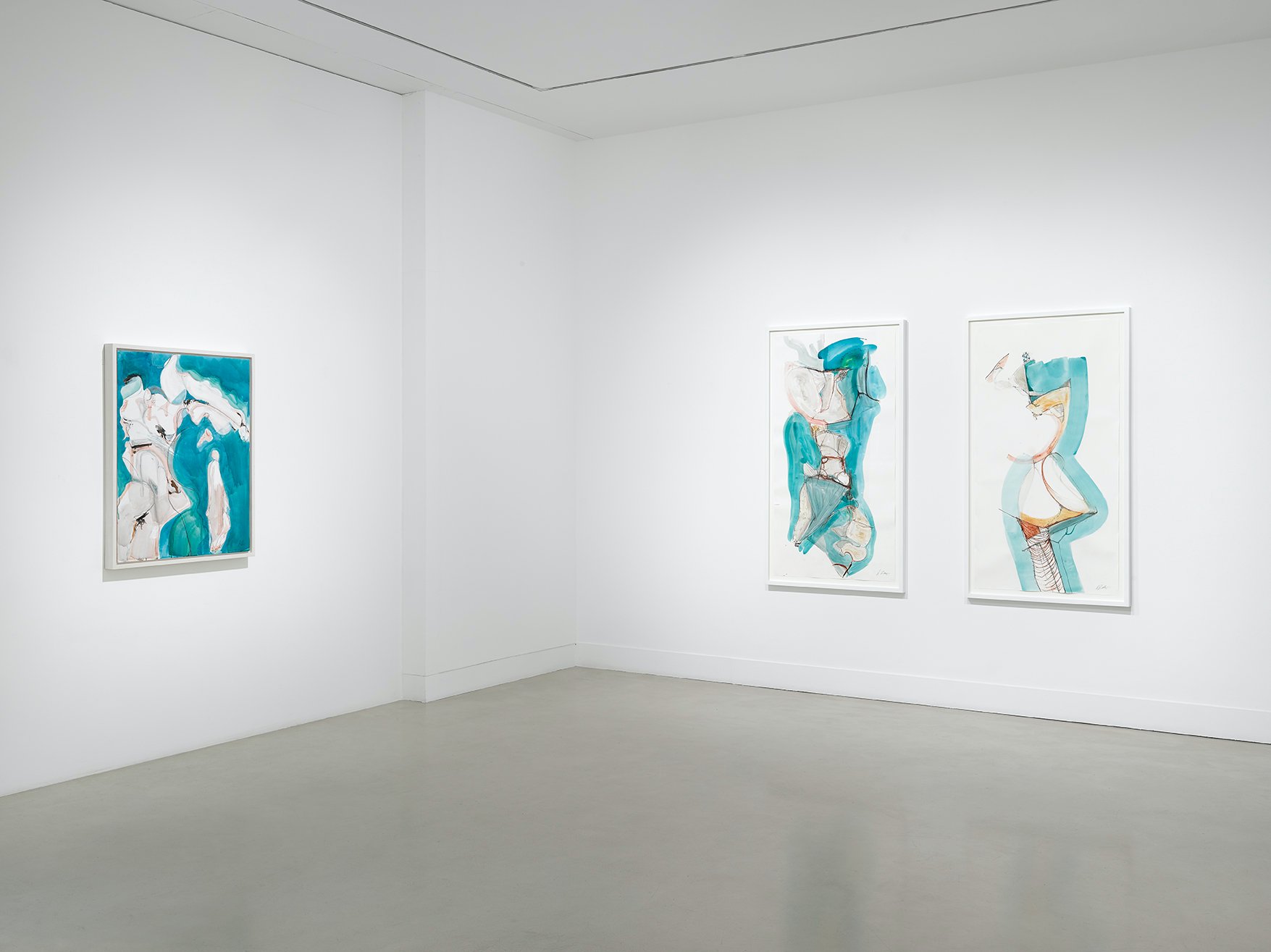 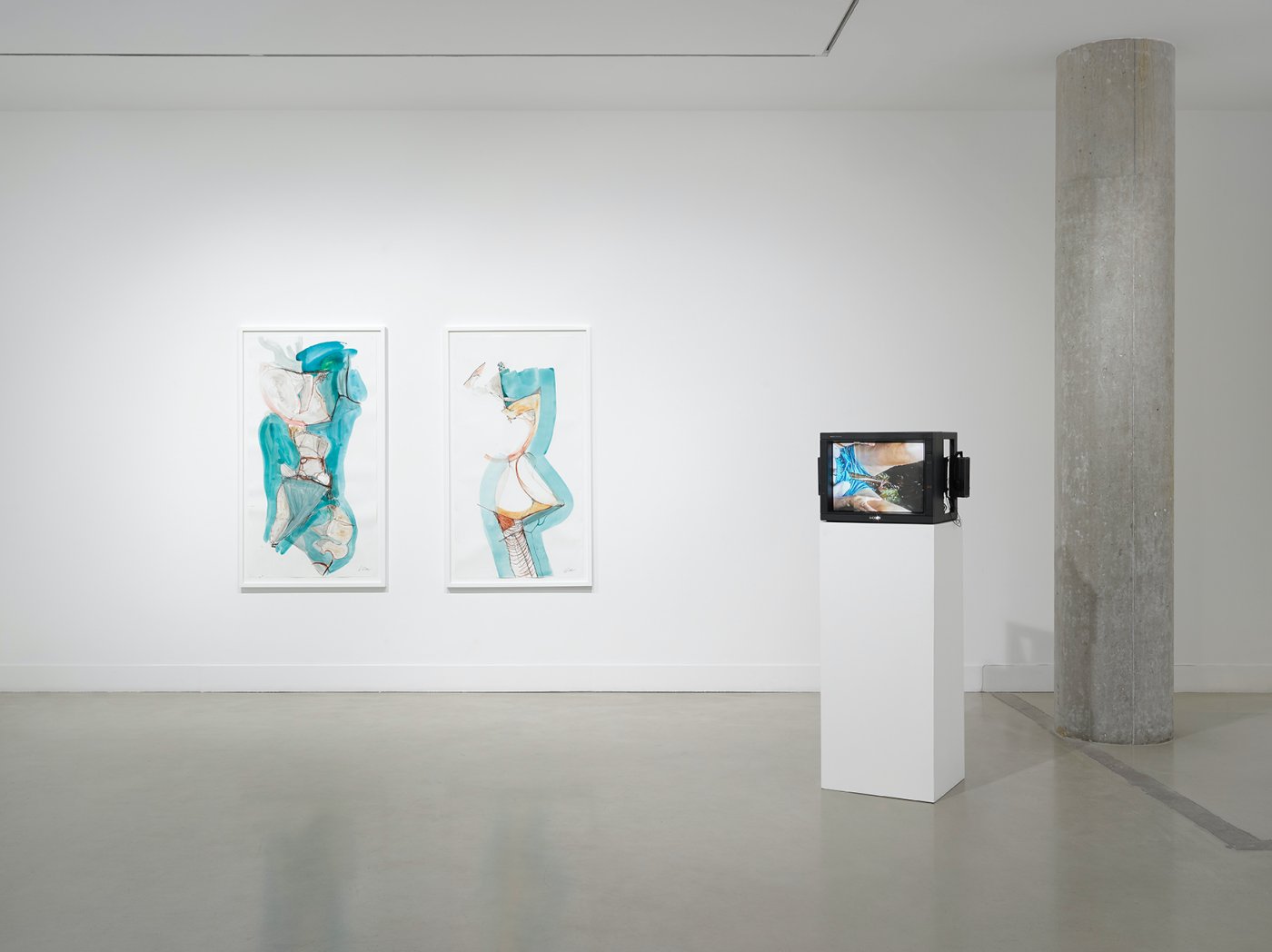 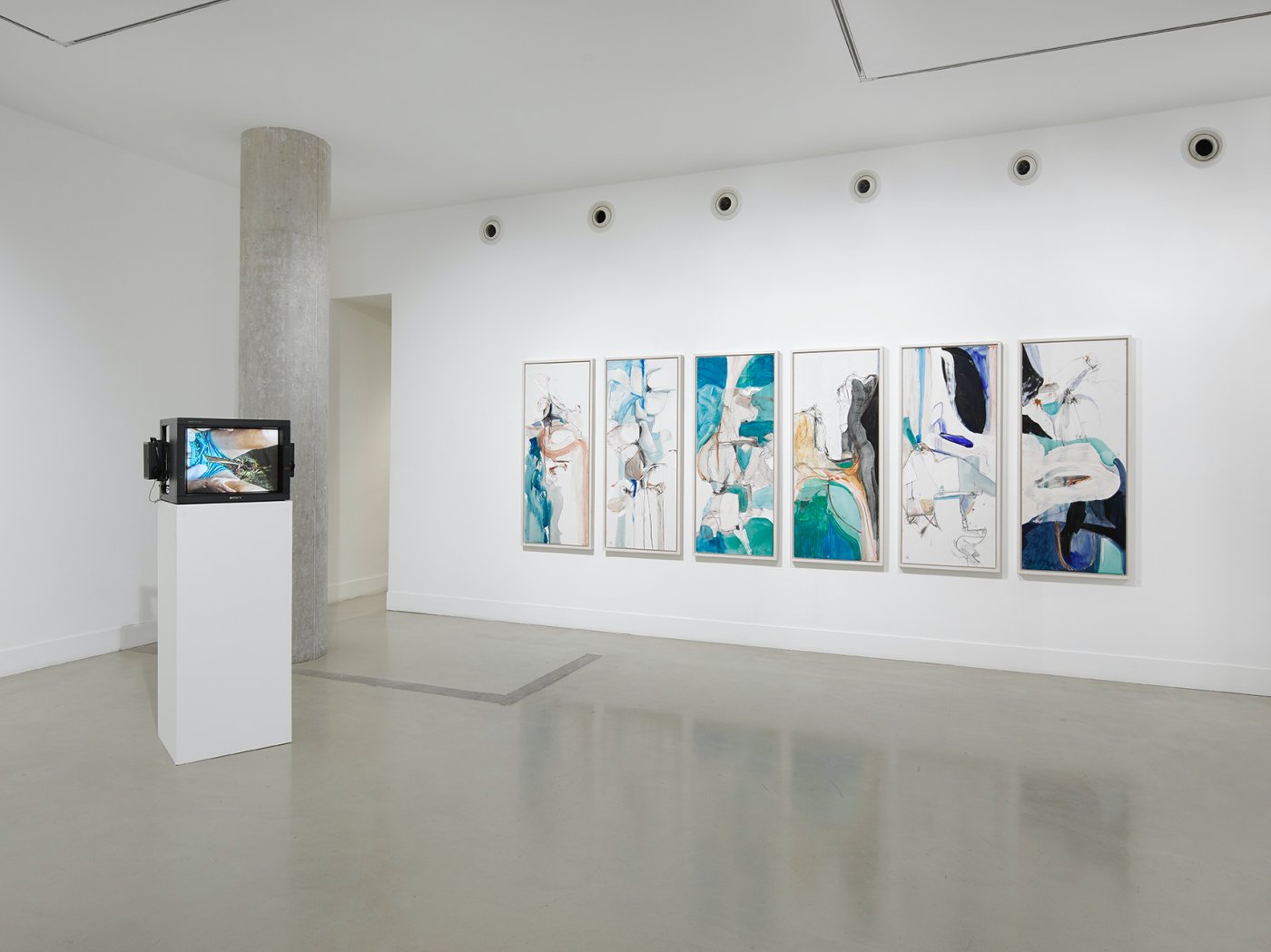 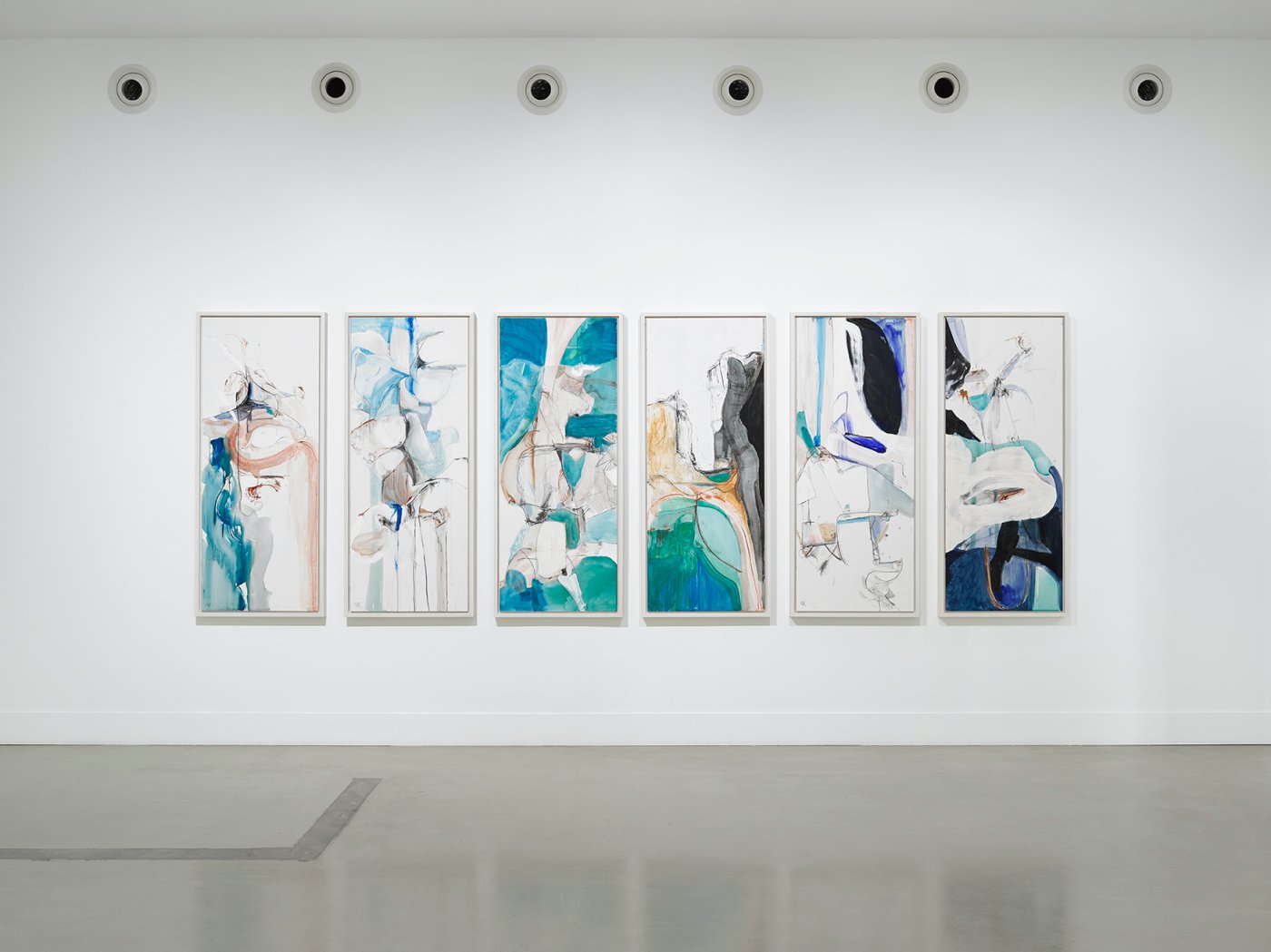 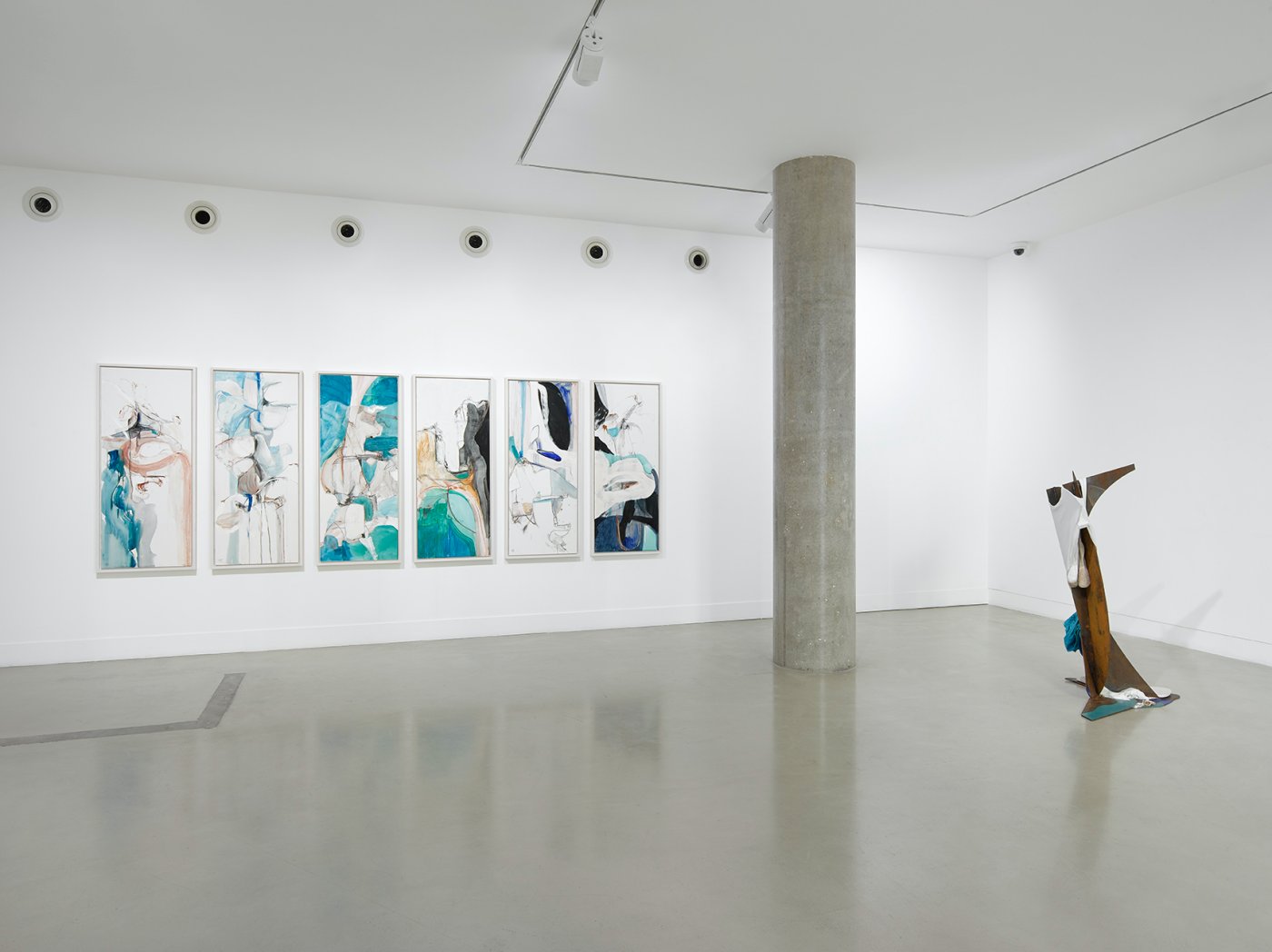 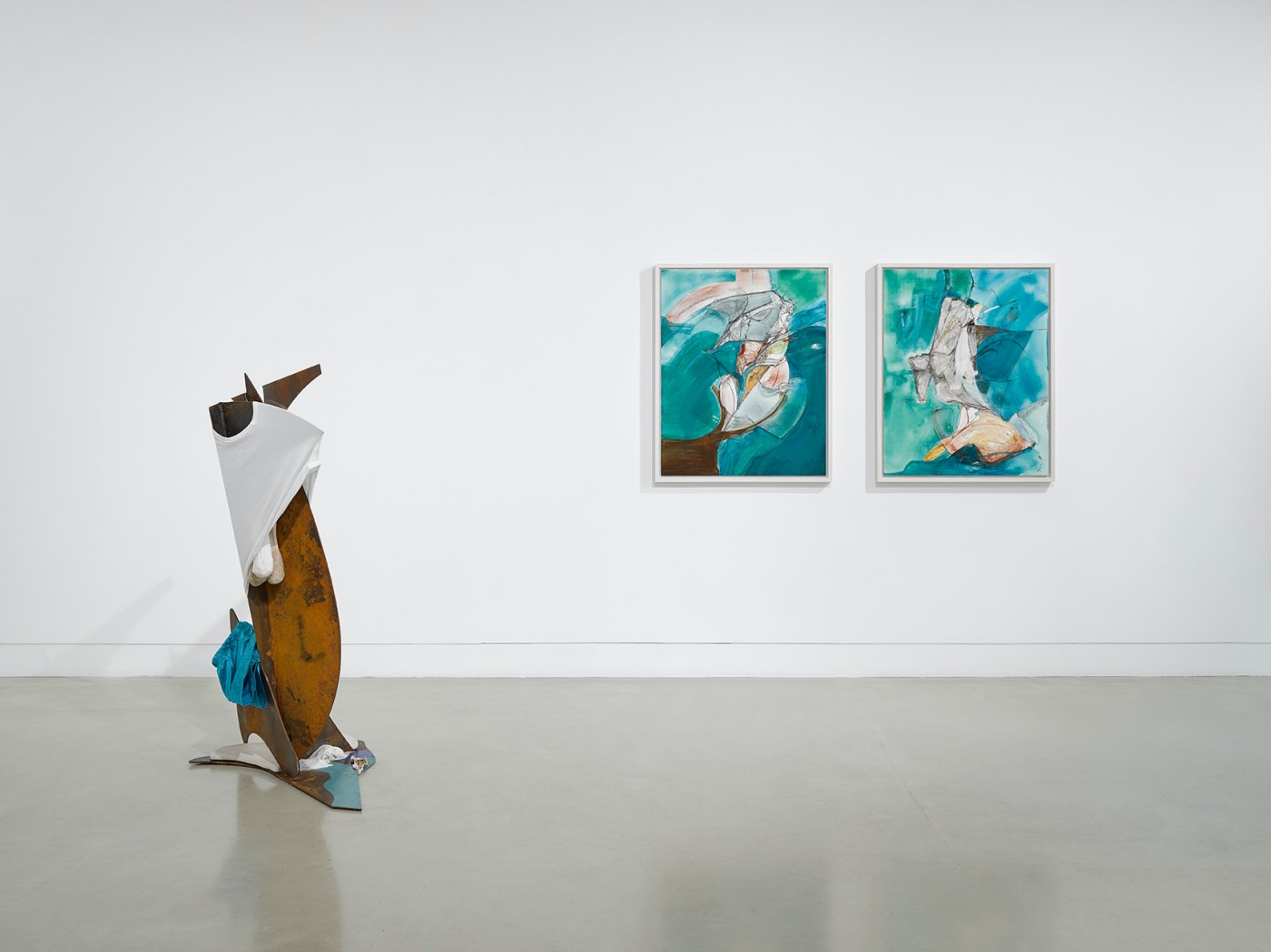 Recent gouache on paper and board works consist of two forms Robertson describes as ‘islands’ and ‘stacks’. In the studio, Robertson works on large rolls of paper on the floor, starting with a loose arrangement of bodies, islands and stacks, more defined compositions emerge in a cyclical way. For this series, swaths of cyan and blue surround abstract forms which can be seen as standing figures or, in some instances, aerial views of bodily islands and formations surrounded by water at different stages of submersion. Intertwined forms, expanded figures and their appendages born of the body grow from shifting foundations and bleed into each other via watery channels that penetrate and surround the compositions- providing an alternative view into underground and unseen worlds- or a Subterrane.

Robertson employs Surrealist methods using techniques of automatism and improvisation to draw on experiences, dreams, feelings, physical sensations and memories of a place – how it felt to swim around a stack of rock, investigate the bottom of a pool or see a dramatic outcrop for the first time. This full-body experience of existing within the sea’s constant reshaping of the landscape is reflected in their studio practice: the motion and rhythm of Robertson’s gestures ebbs and flows as continuously as the tide changes. During this process, Robertson trusts in their deeper psyche which they describe as “less tainted by the hostile binary structures I have bent myself around”.

Robertson began to work en plein air creating ‘performance for camera’ works and plaster casting directly in rock crevices across the Yorkshire moors while based in West Yorkshire. The process of working outdoors continued after they relocated to West Cornwall and whilst in residence at Porthmeor Studios, St Ives they created Packing, a durational work which depicts the artist’s body flowing with the incoming tide in a dramatic crevice in the Devonian slate rocky seabed at Godrevy Point, St Ives Bay which becomes submerged at high tide. With this bodily intervention Robertson relates phantom spaces of the body – as an inner landscape – with the hidden spaces of the coastal landscape. “…gender fluidity is spiritual and plentiful and diverse and expanding with eternal potential. There are parts of our bodies and genders that aren’t visible, as if they were under water. There are spaces that can’t be easily defined, that are forever shifting”.

Clothing that Robertson wears during their performances such as white vests, shiny blue shorts and sports socks are incorporated into the new sculpture. These garments which Robertson describes as a ‘base layer’ reference gendered and Queer motifs and have a specific connection with masquerade laws that were imposed on trans, non-binary and Queer communities in both the US and UK prior to and throughout the period that sparked the Stonewall uprising and the gay liberation movement. Binary gender was enforced by law with anyone who stepped outside of gender norms criminalised. Robertson takes their so-called ‘cross dressing’ into the water, their body an inheritor of the violence imposed on their community, releasing the trauma into the sea which dissolves harmful categorisation. Robertson’s ambiguous, anthropomorphic forms are as emotive as the sea and like the sea, resist all attempts of containment.

Courtesy of the artist and Maximillian William, London