GRIMM presents an exhibition of new paintings by Rosalind Nashashibi, the artist’s third with the gallery, titled Darkness and Rest. 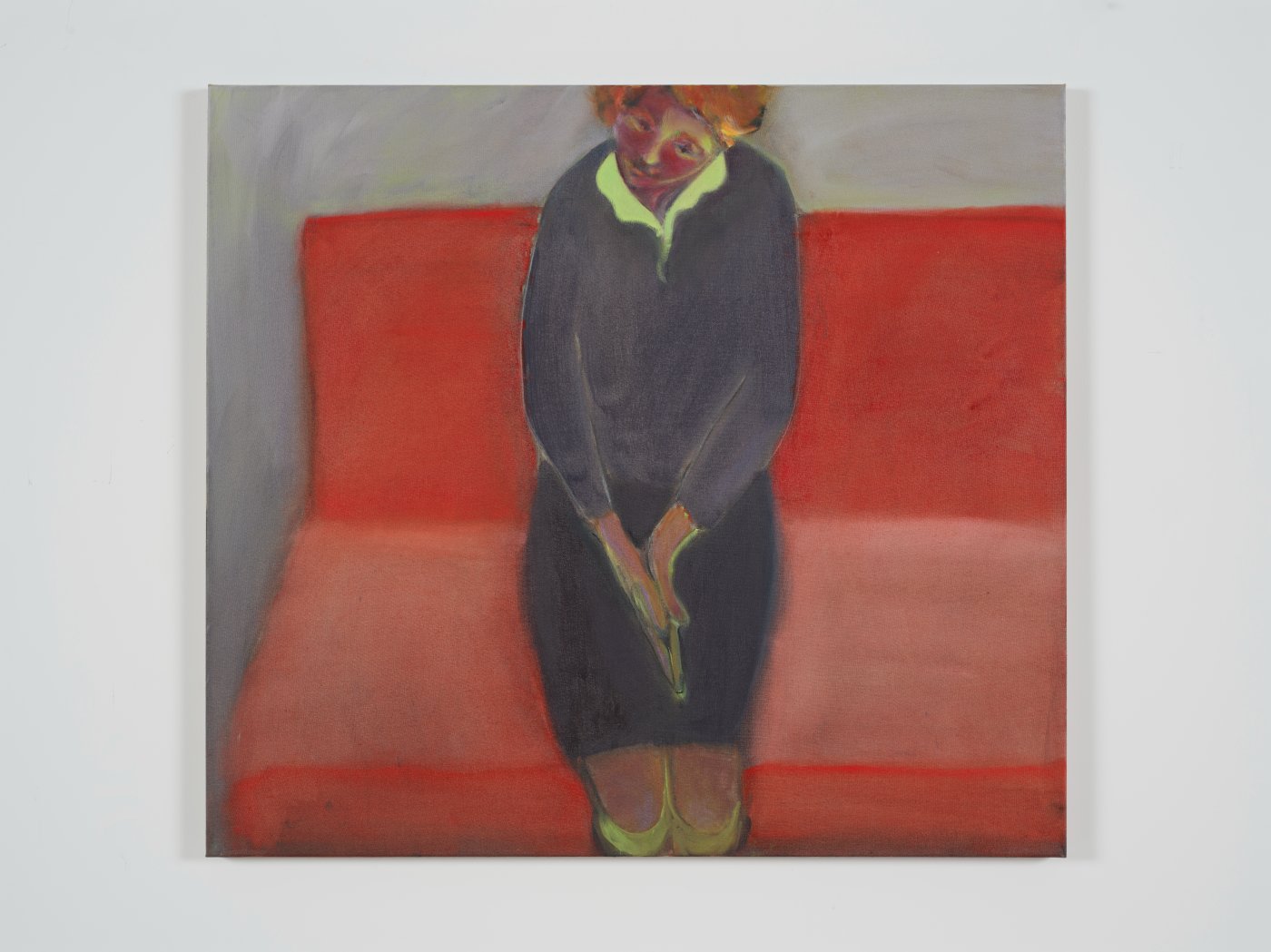 Rosalind Nashashibi
Girl on a bench, 2021 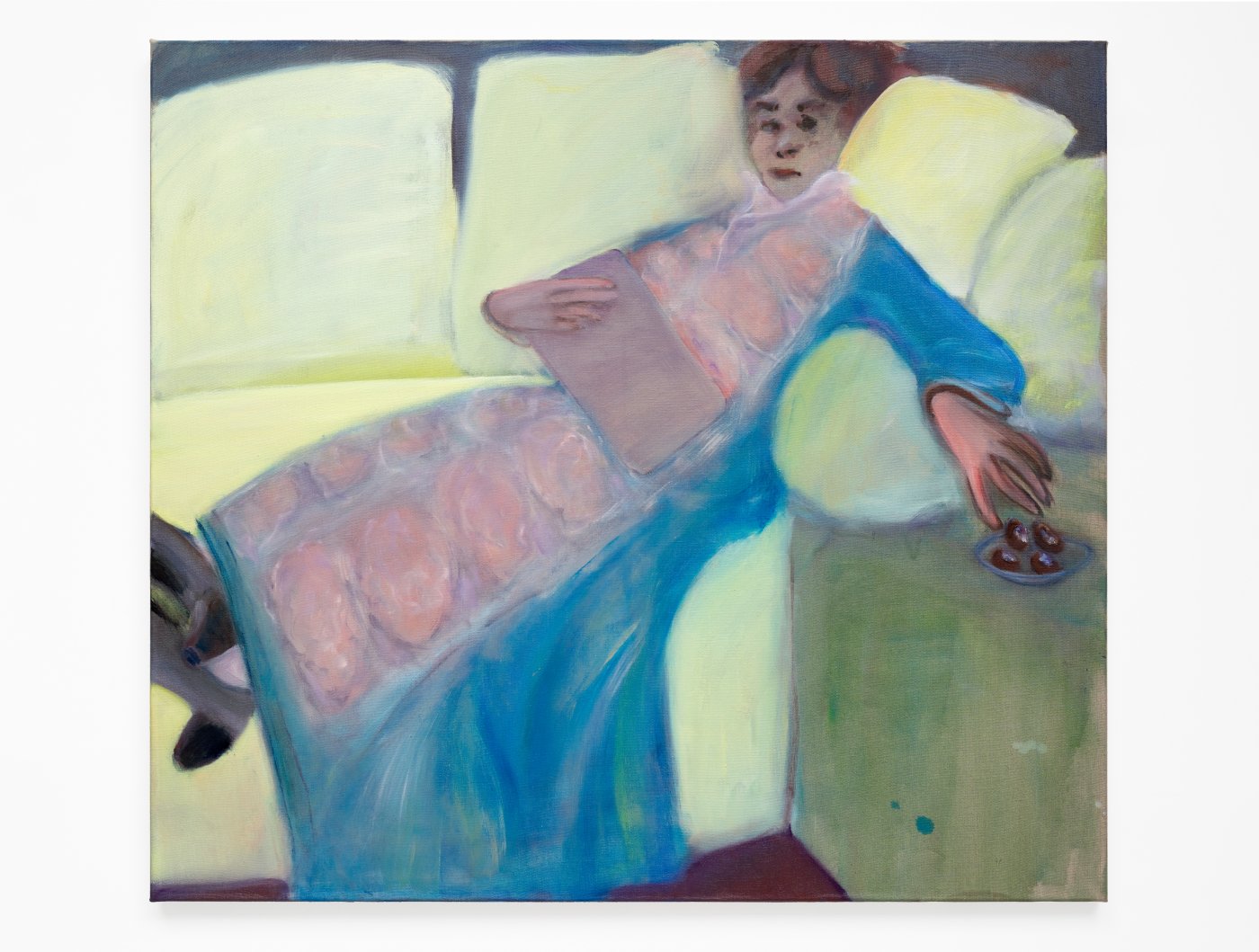 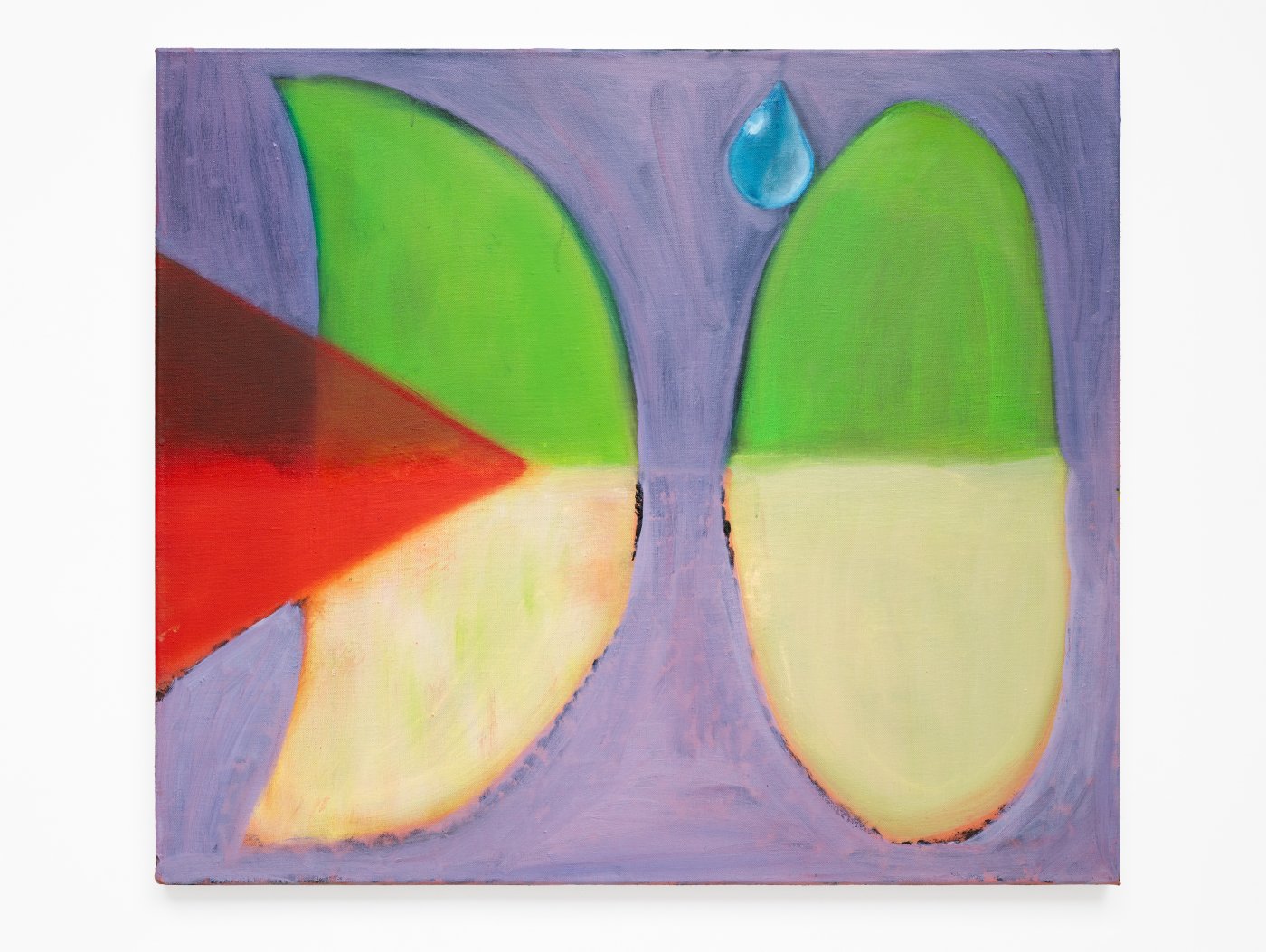 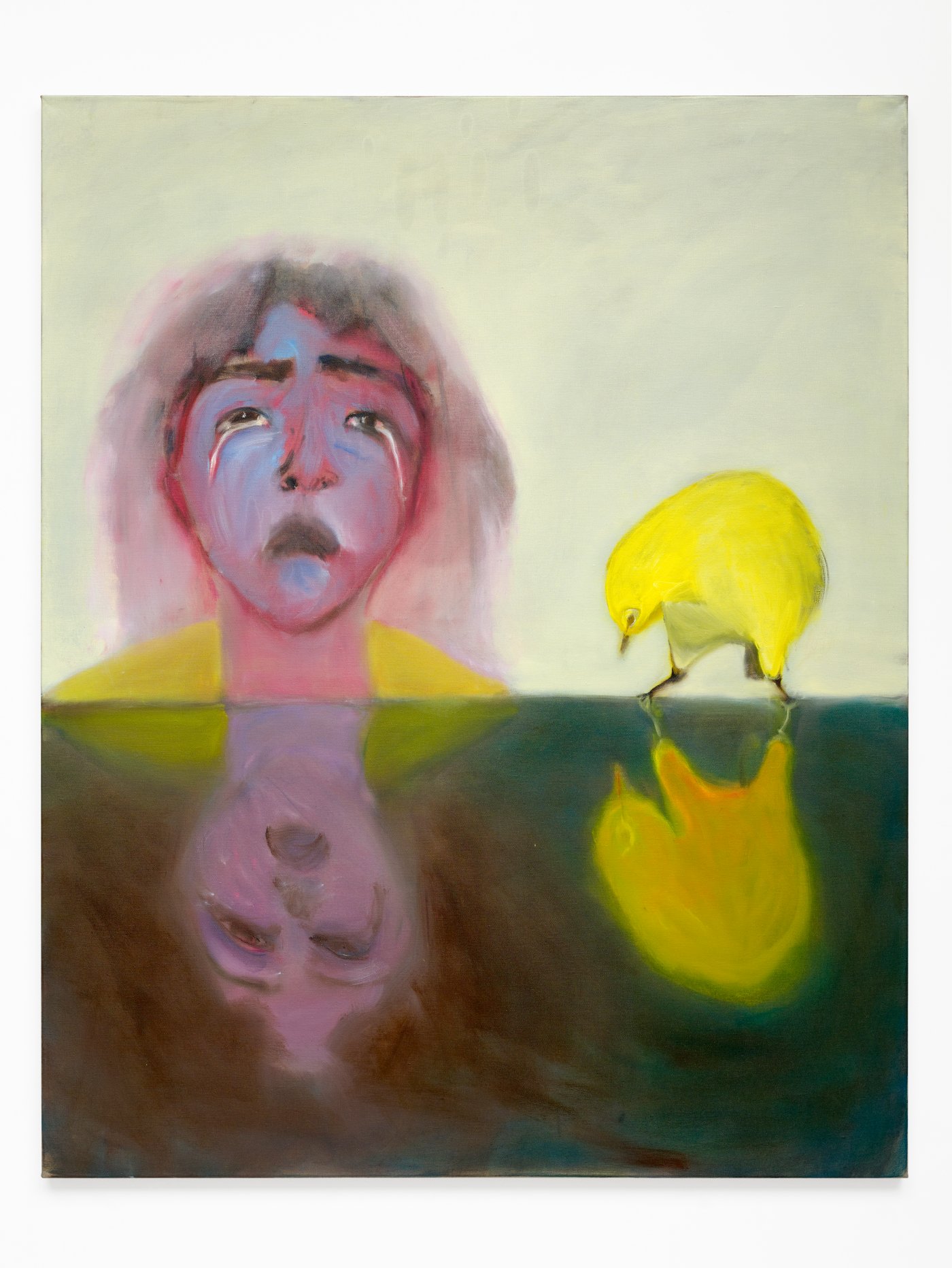 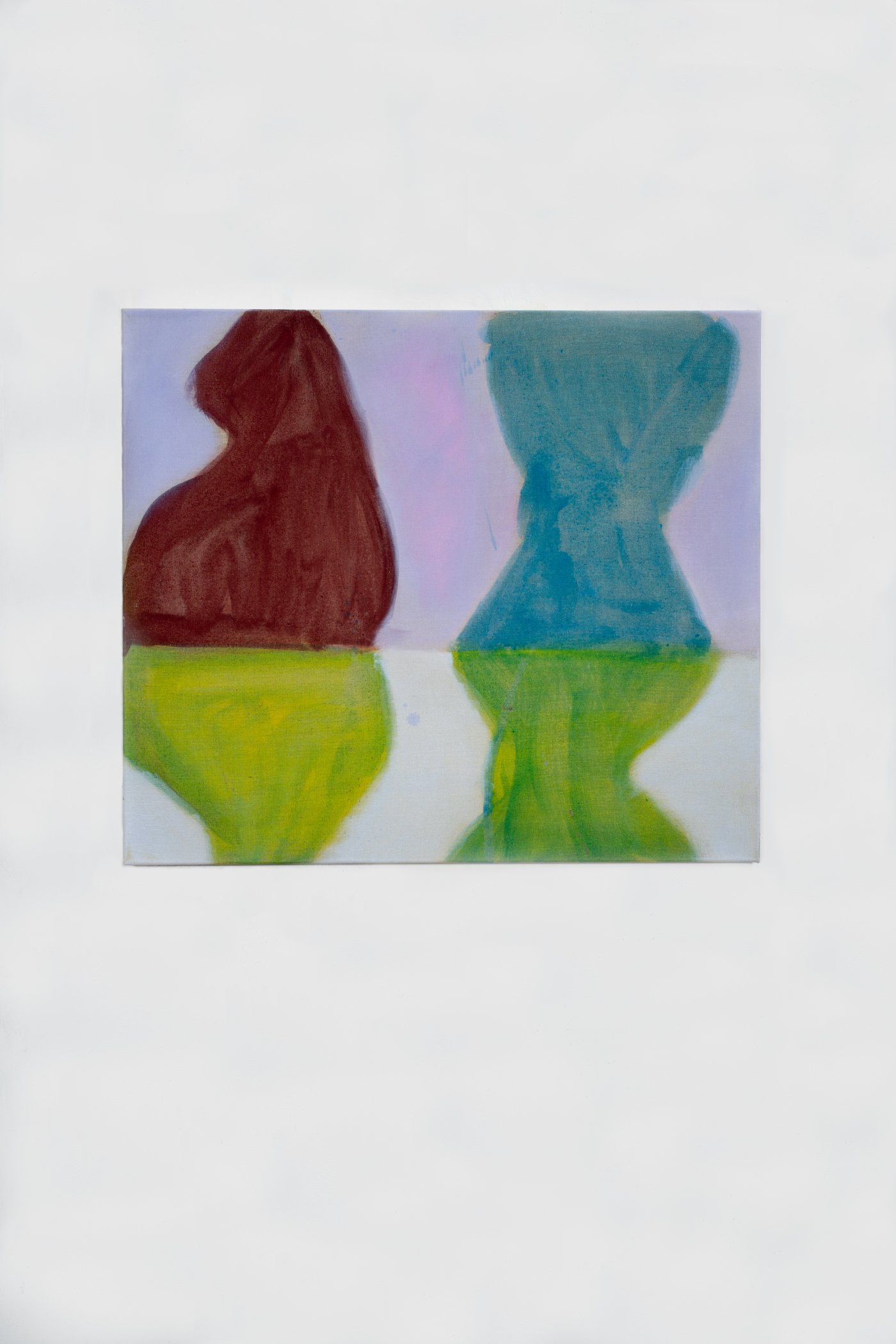 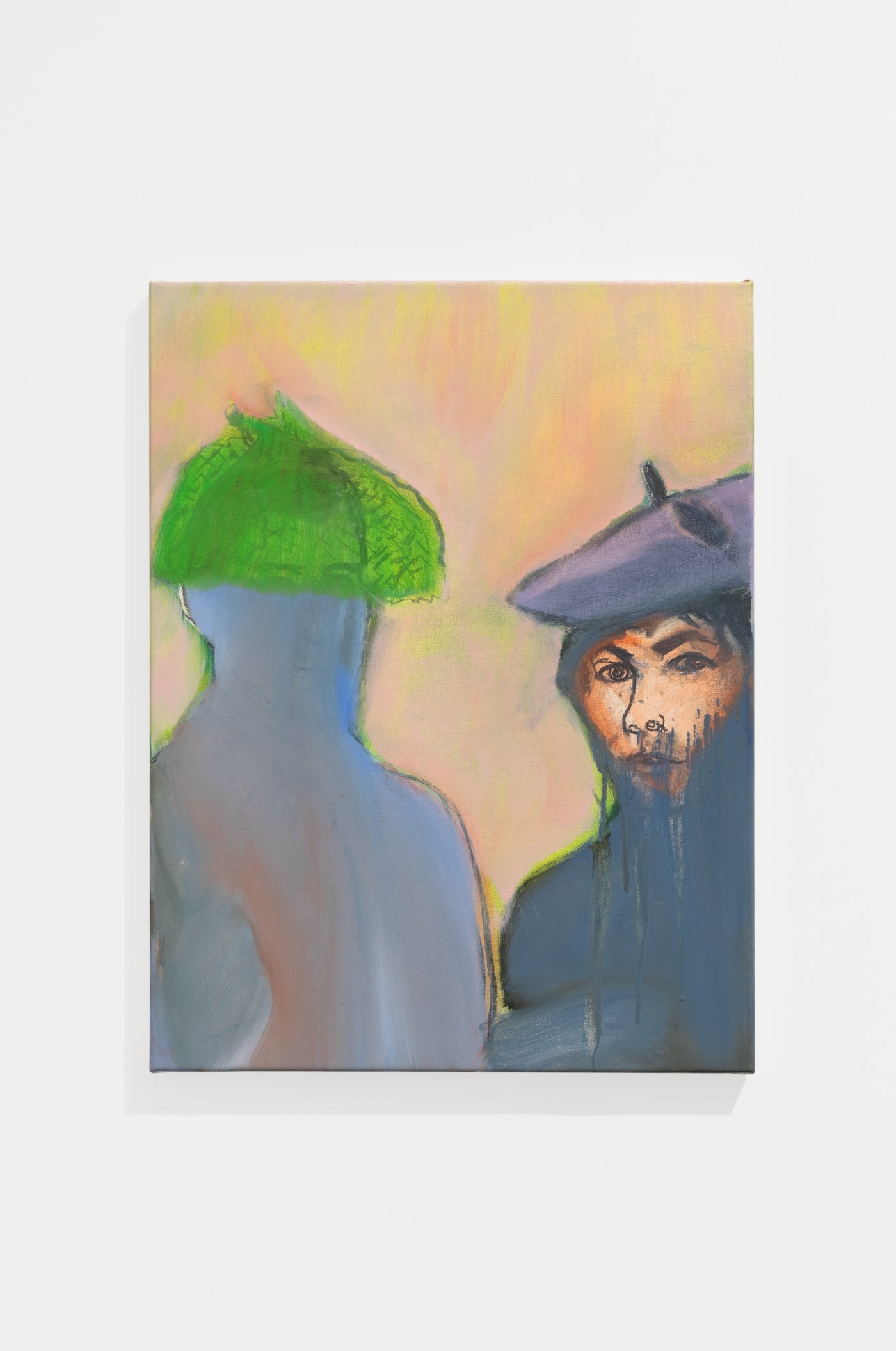 Rosalind Nashashibi
Elena and Gintaras At The Market, 2021 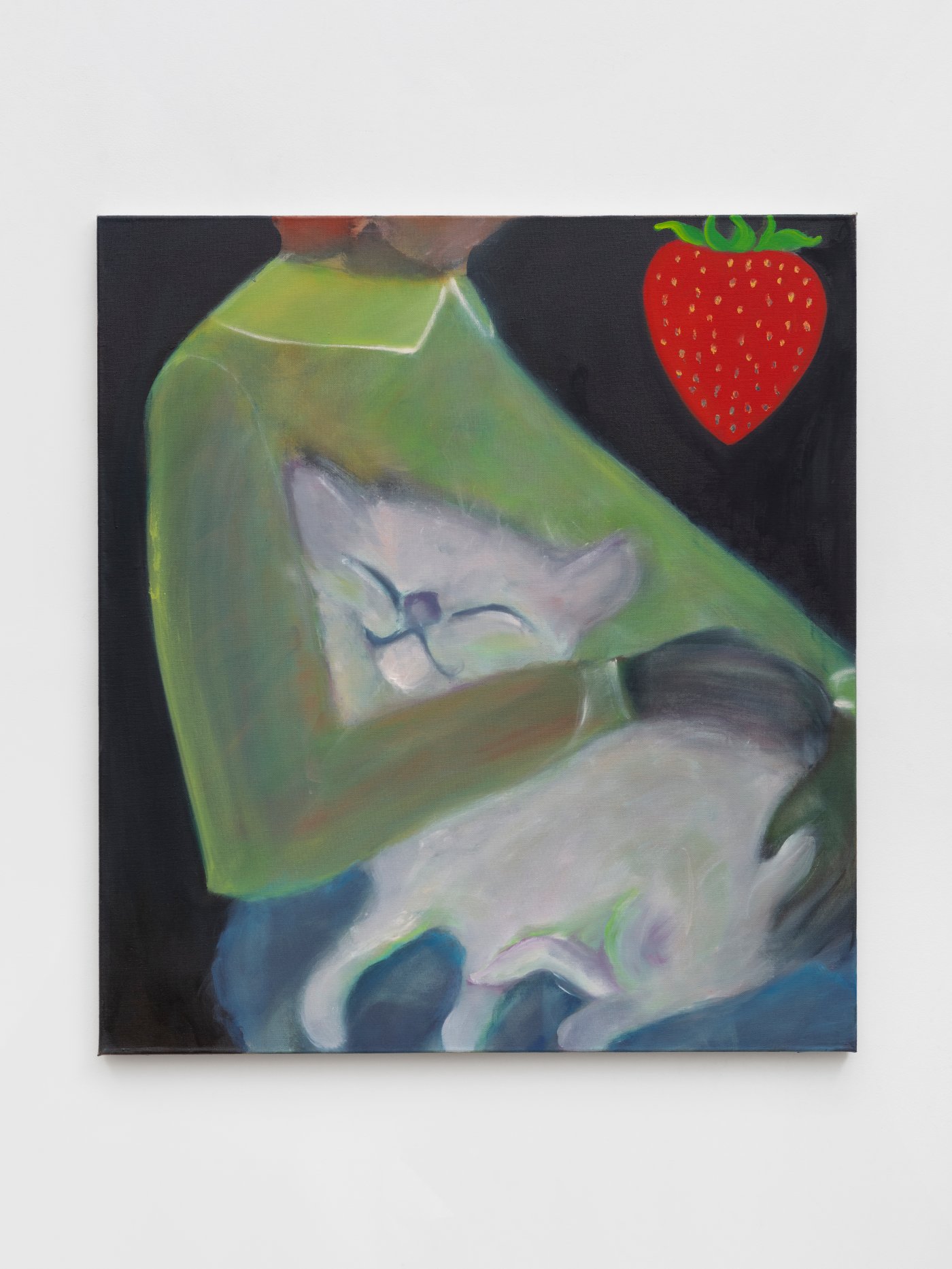 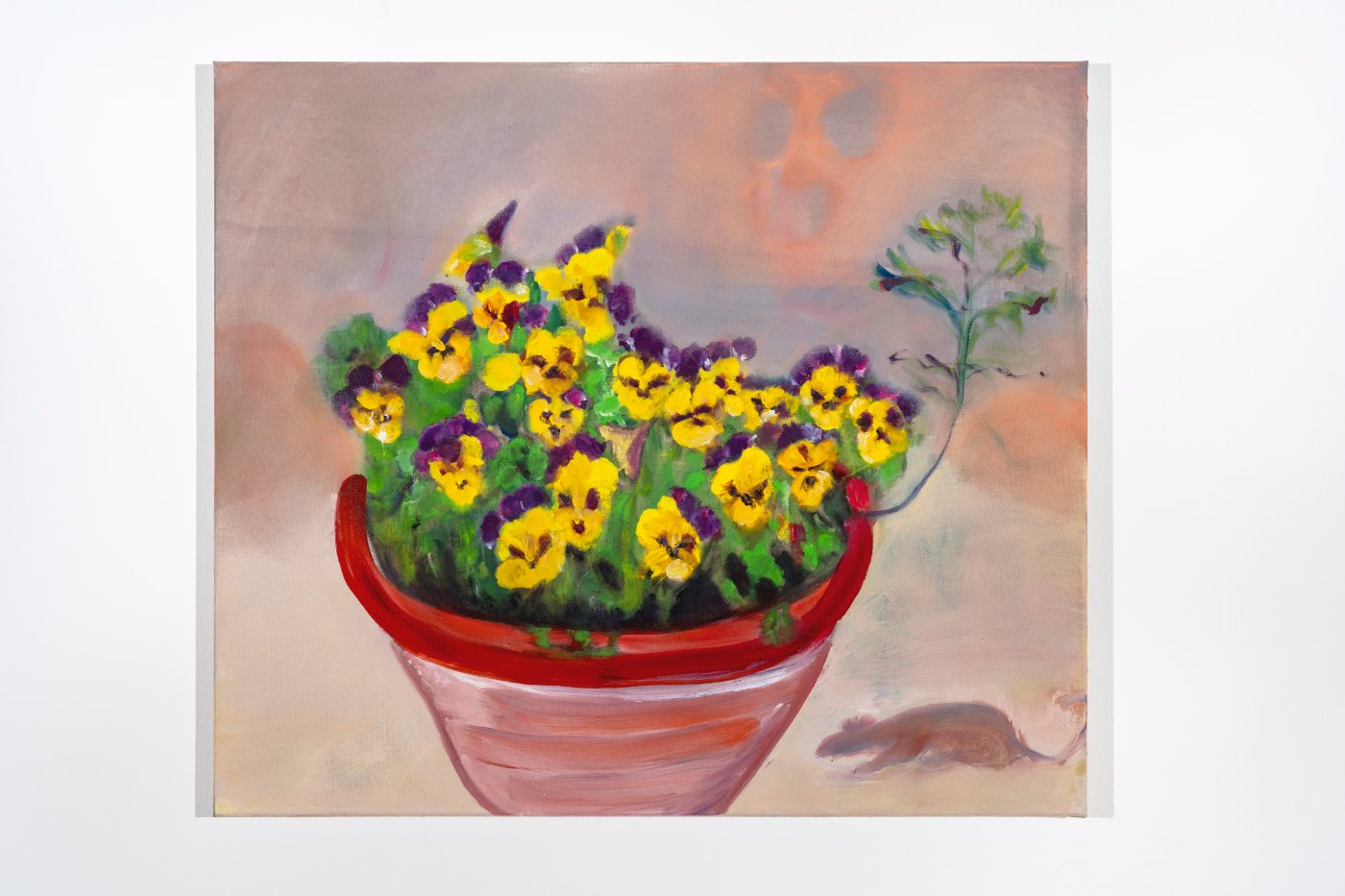 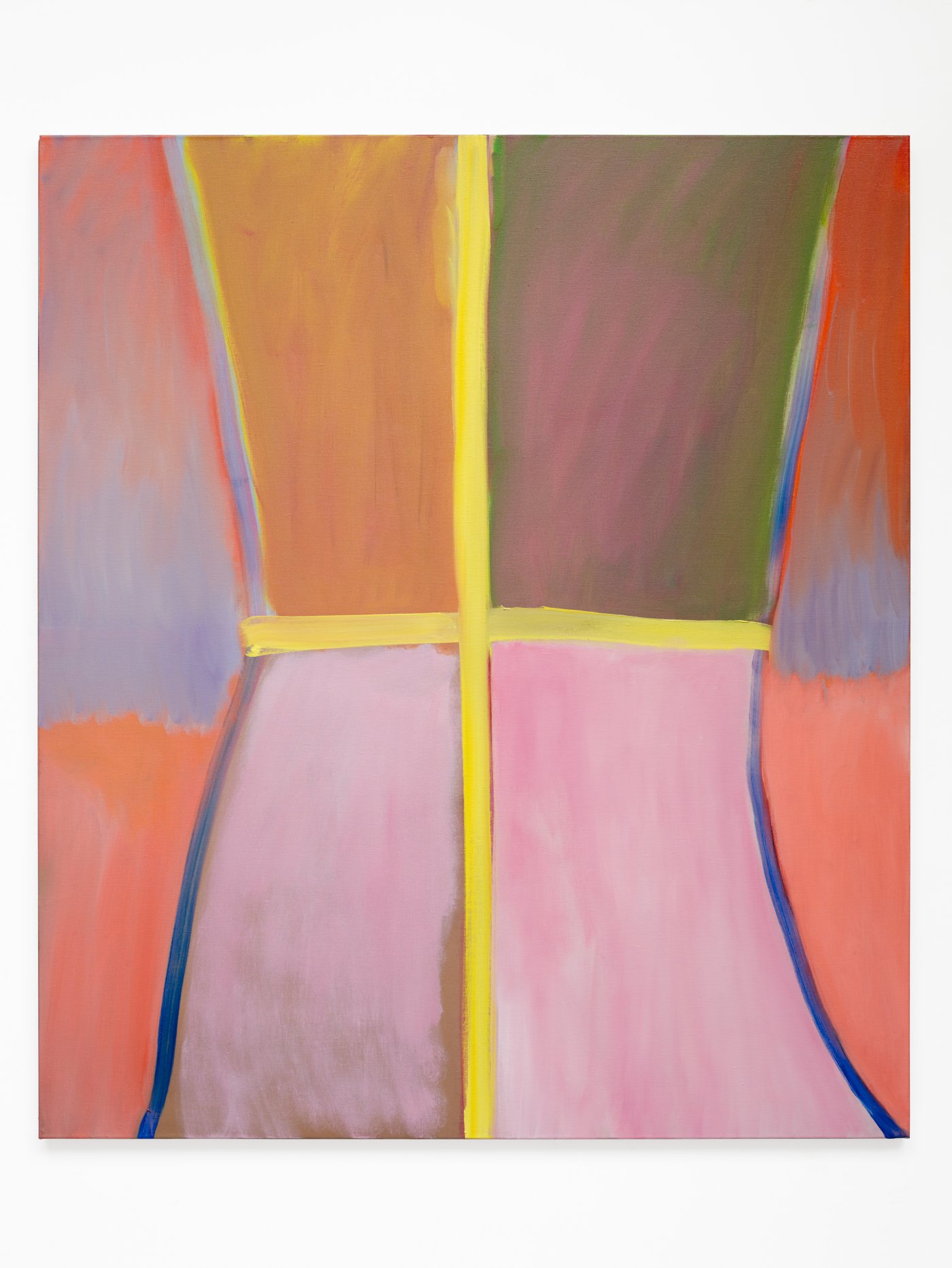 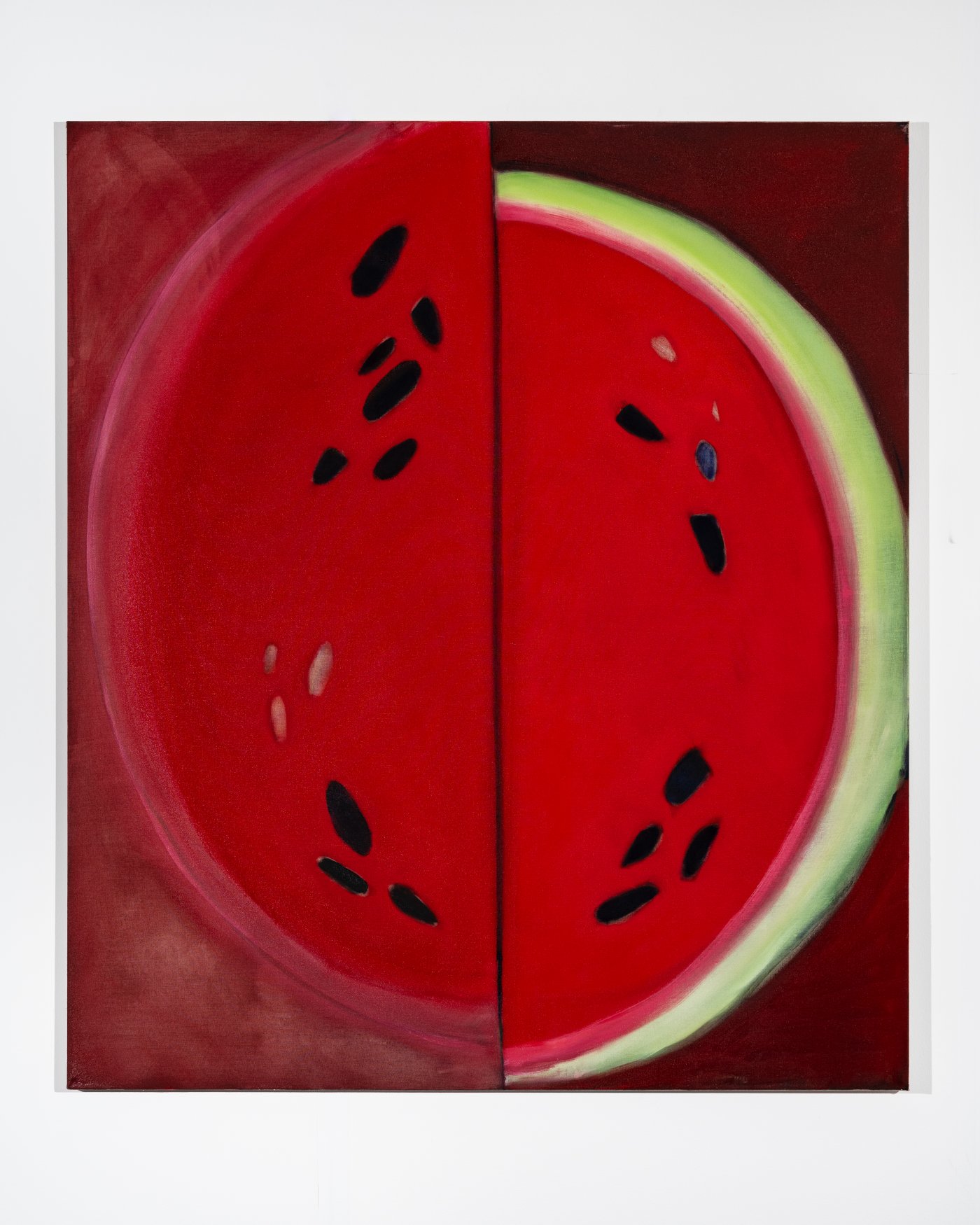 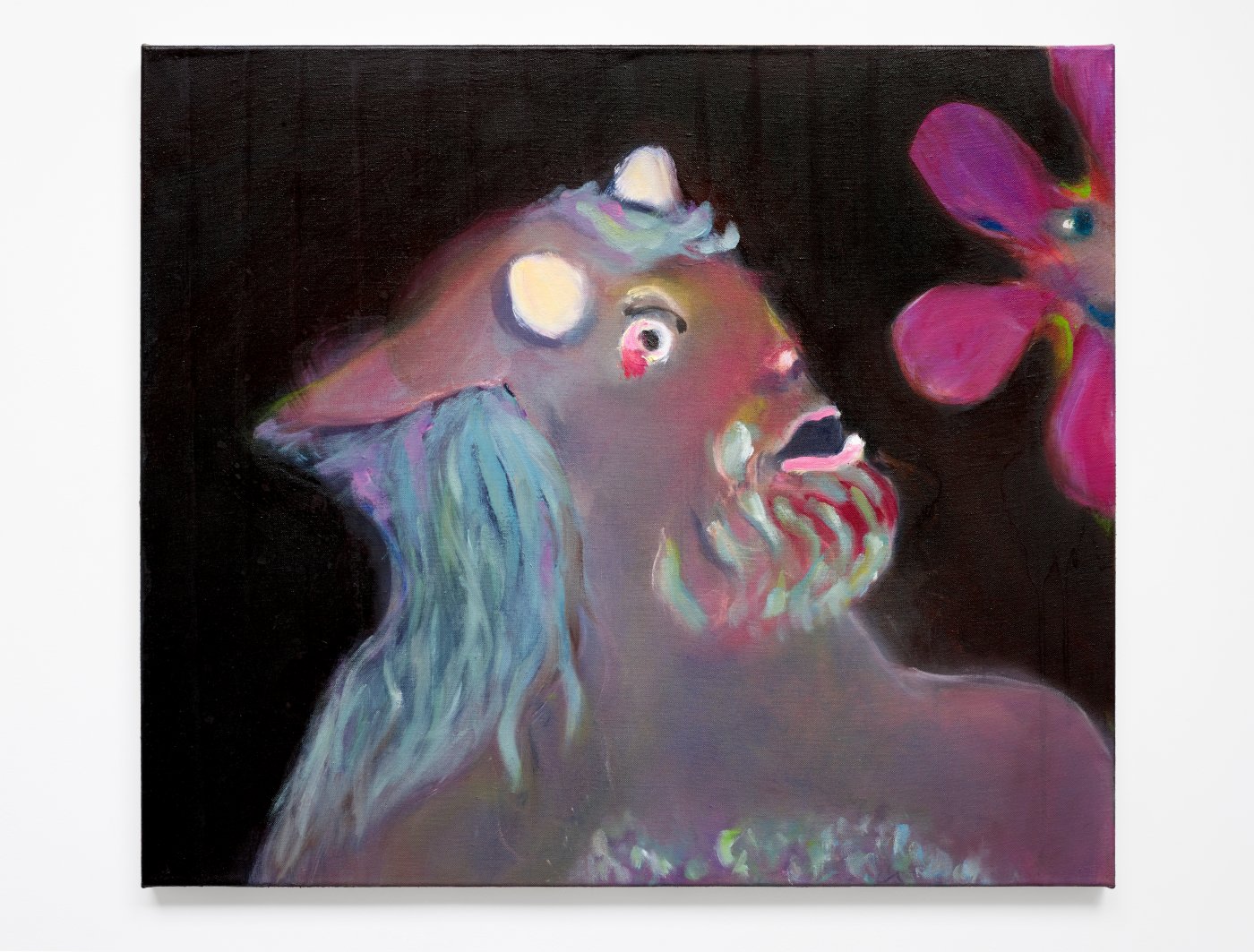 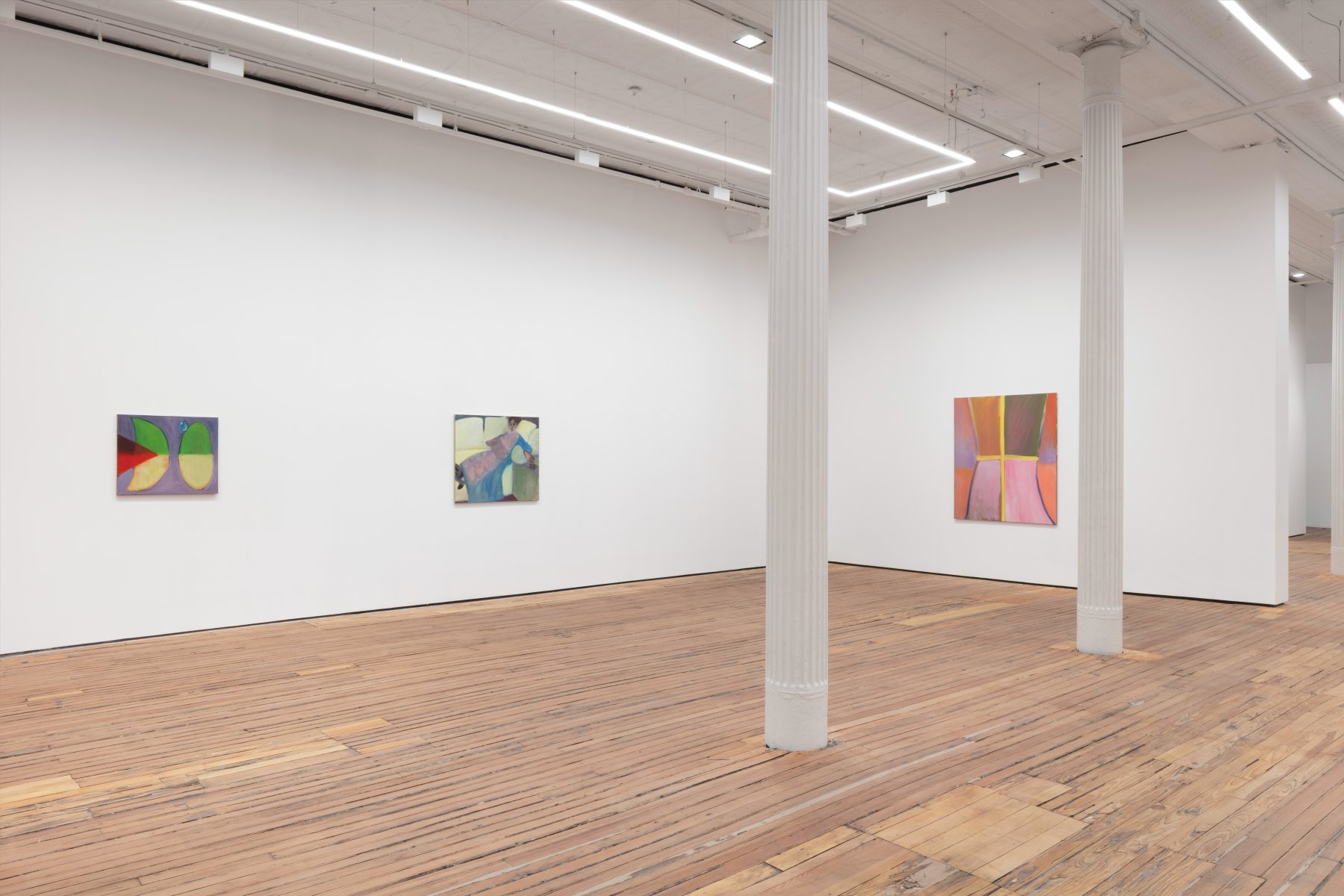 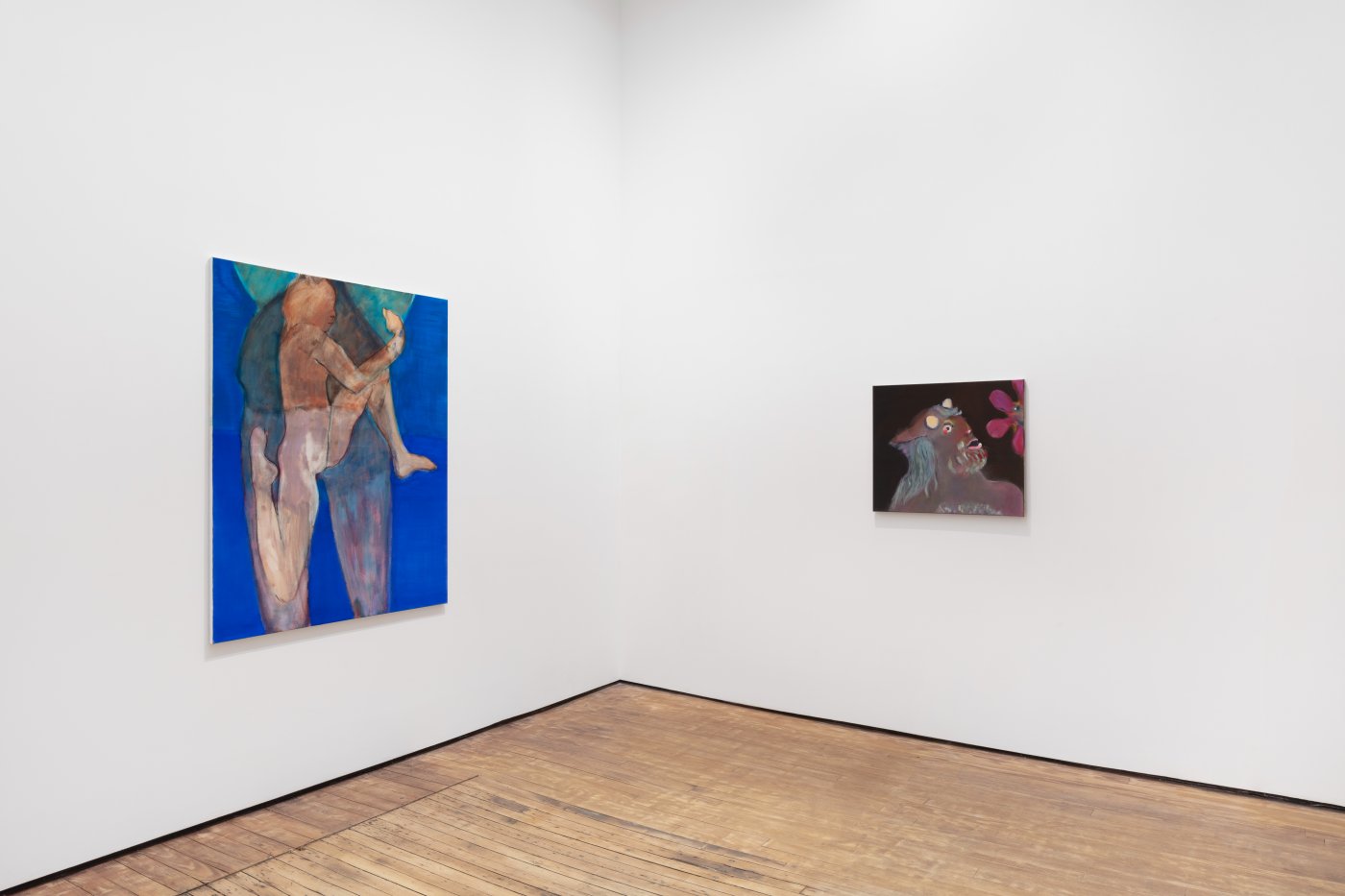 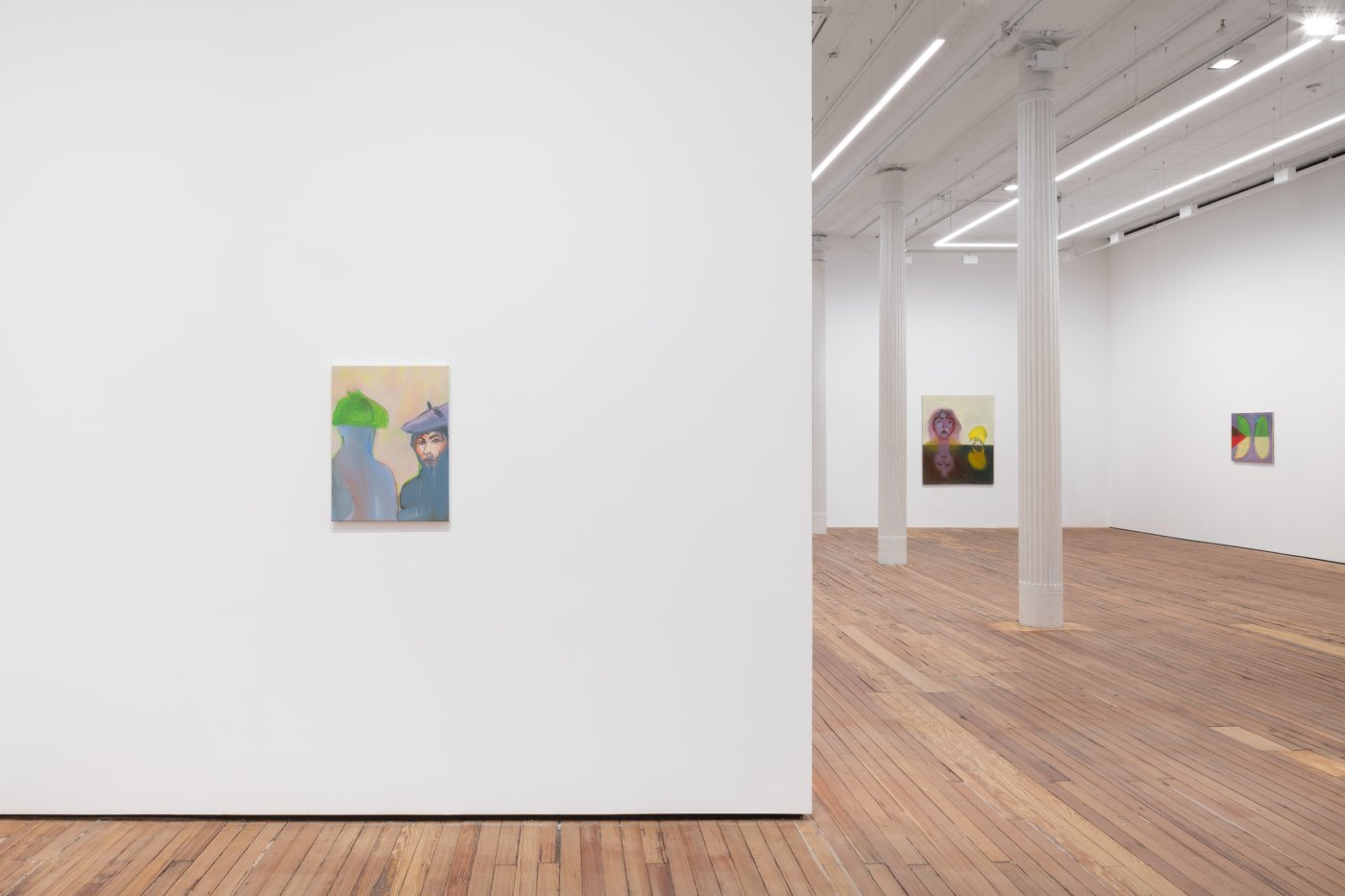 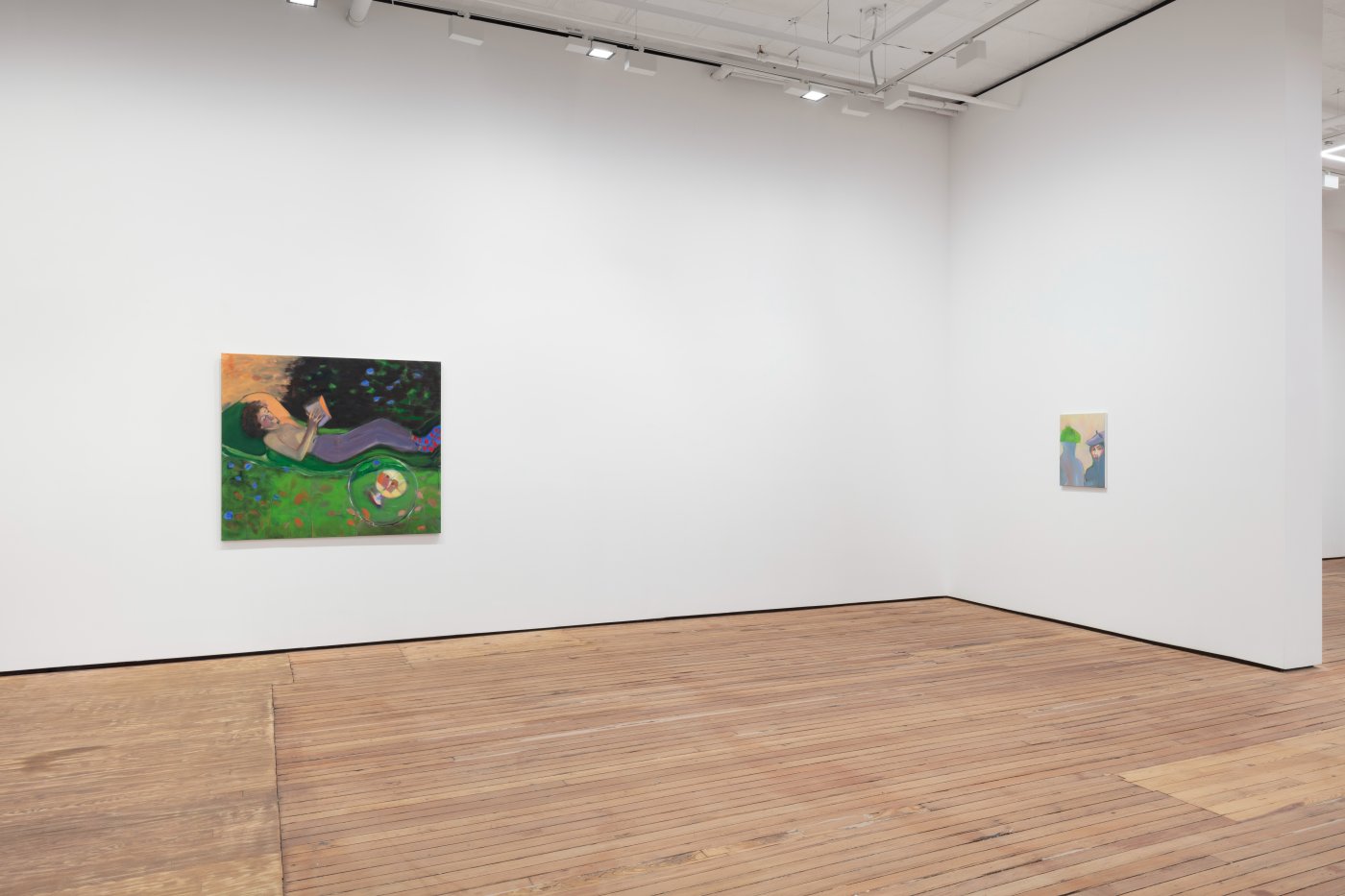 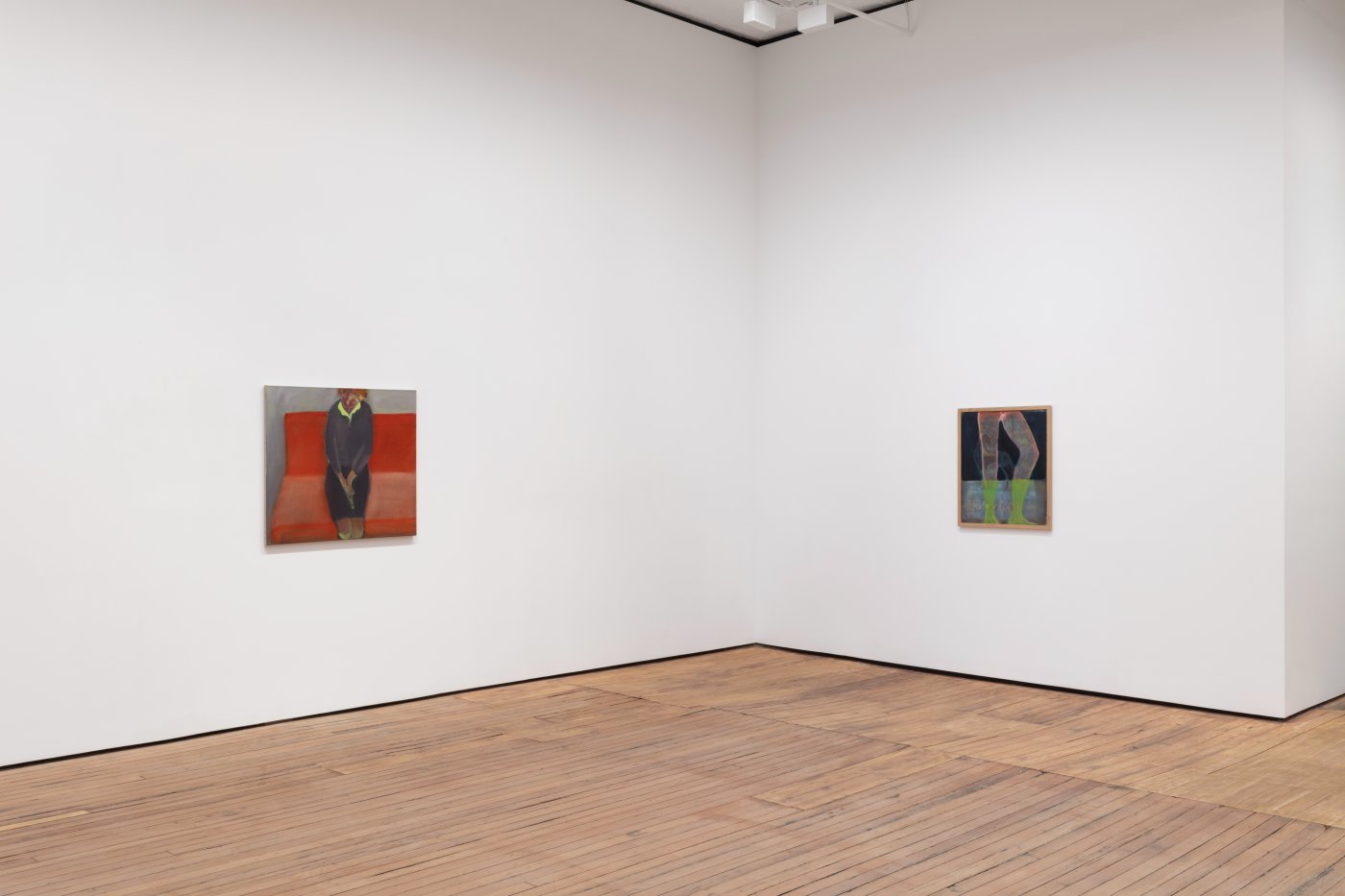 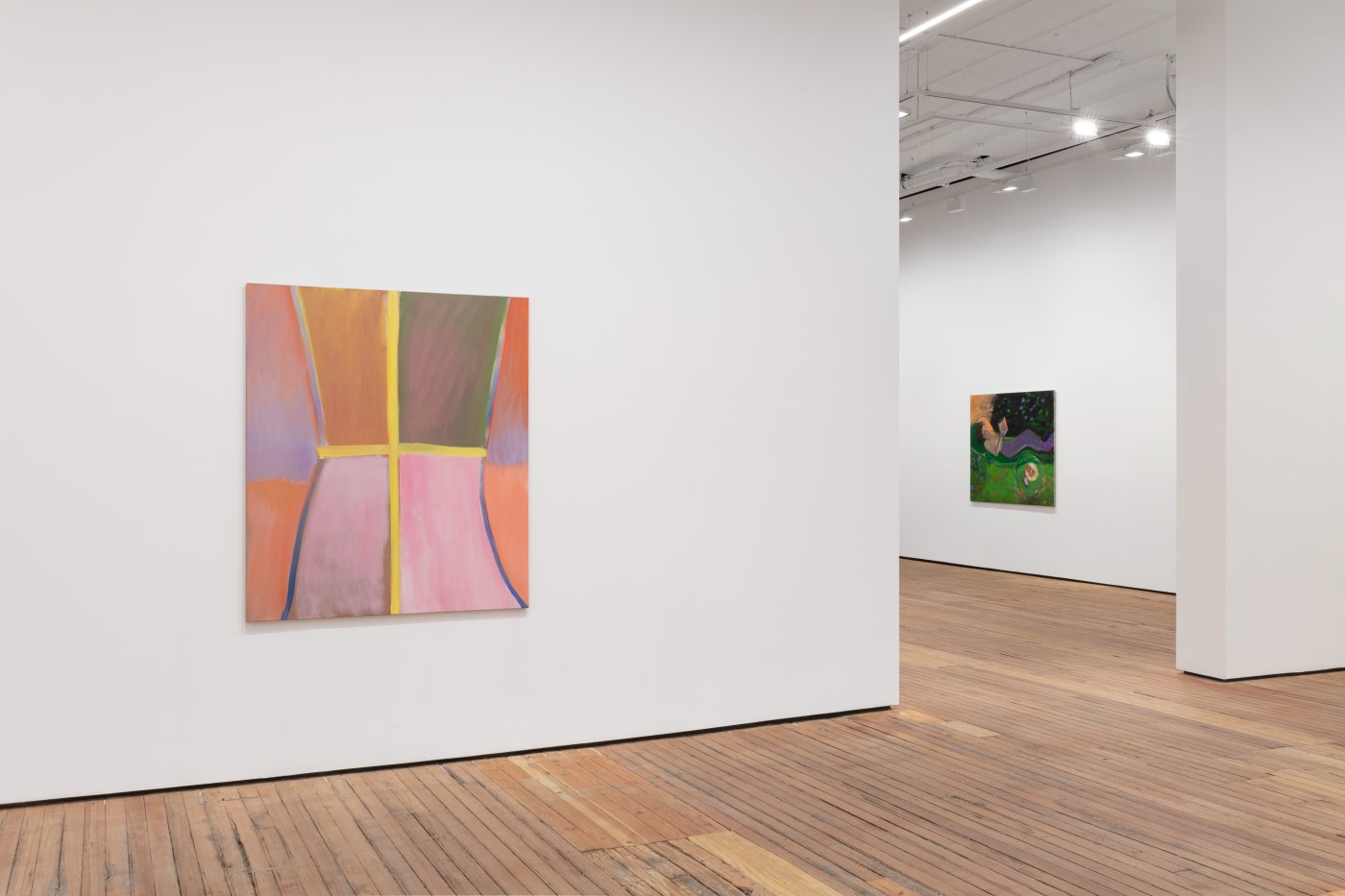 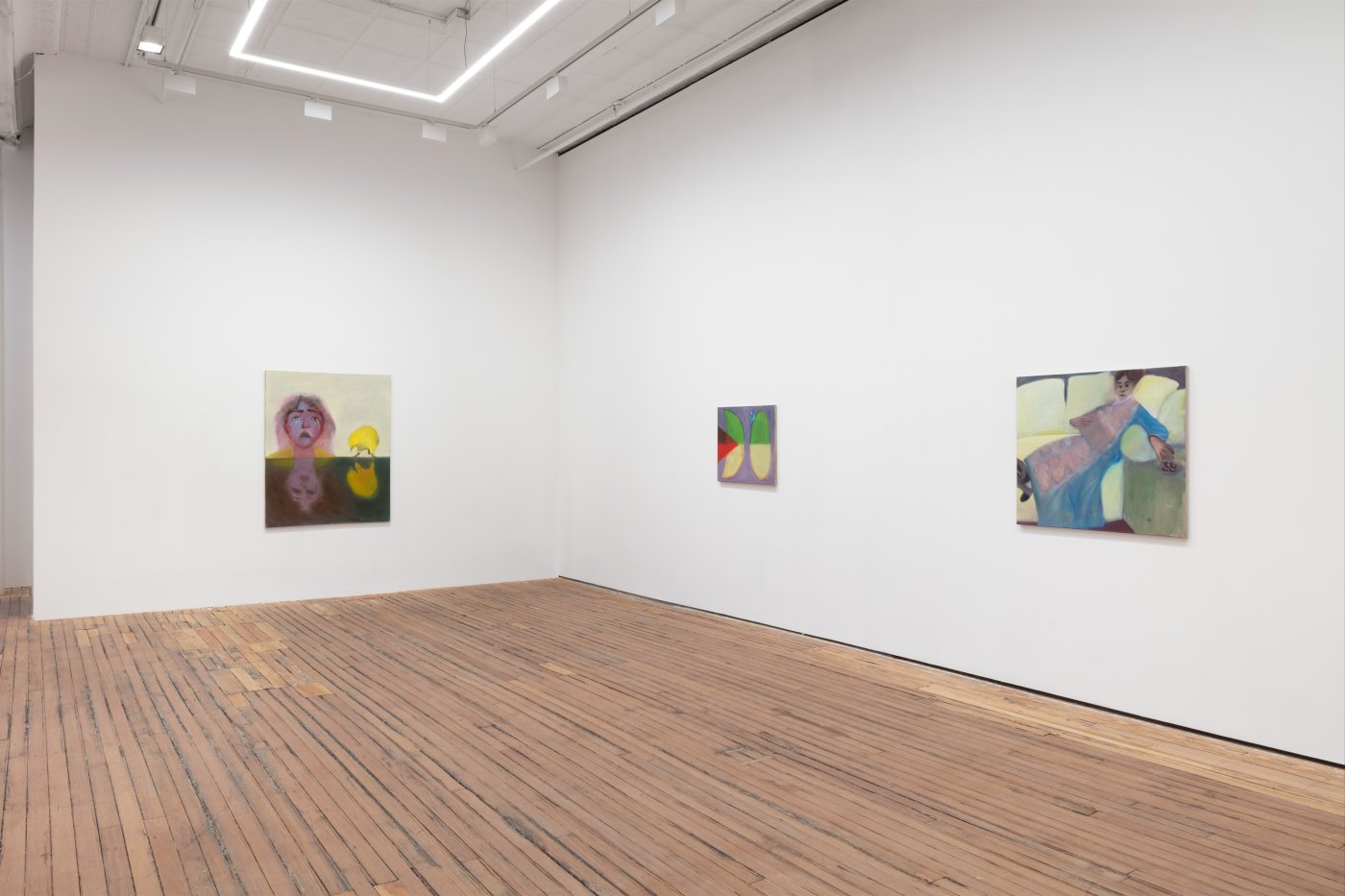 Gathering together works created over the last year following Nashashibi’s 2020 residency at the National Gallery in London, the exhibition is the largest ever dedicated exclusively to the artist’s painting practice. The artist’s paintings depict portraits of her close family and friends, literary characters, and motifs from art history, but also offer space for other realms as well. The paintings explore the ambiguous and at times contradictory relationship that images have to narratives, whether historic or contemporary, through the imagined or dreamt space. On the occasion of this exhibition, Nashashibi discussed her paintings with the artist Lucy Skaer, co-collaborator of the filmmaking collective Nashashibi/Skaer:

Lucy Skaer: I wanted to ask about the composition of many of the paintings. There is a division of the canvas: it is almost halved, and there are two similar almost linked realities in each half. Like legs above water or legs in water, or reflections.

Rosalind Nashashibi: I think it began with the idea of being in two states, the idea of one picture plane but two versions of how you can experience that plane. So at least two levels of experience. I like the idea of the separation of the two halves and the coming together and how they are different but they almost fit.

There is a sort of awkward satisfaction in that.

On a more experiential level I think that when you are partially in water and partially out you feel very aware of your skin, some of it feels one way and some of it another. I think for me that came from looking at Bonnard first. All those paintings of his wife lying in the bath, I found it fascinating that the legs look a different colour when they’re under water to when they emerge. Maybe it’s to do with painting as well as being in a body.

L: There is something very synchronised between the visual difference of the paint and the difference of feeling of being in the water and out of the water.

The painting Sunday Night is also divided. I love this painting because the girl I recognise as your daughter Pauline, and the reflection is a different kind of painting, like an expressionist style. The grief in the top half of the painting is a contained crying. In the bottom half it’s this total unravelling. But also I understand the bottom half to be a historical reference to a school of painting and the top half to be part of daily life. Part of your daily life.

R: The girl crying is contemplating her reflection but the relationship with the reflection is entirely turbulent and irrational. There is a bird next to her, a narcissist just gazing down, not aware of the drama that is going on beside it. The bird is a thing of nature and it may look at its reflection but it’s not necessarily affected by someone else being ripped to shreds next to it.

L: When I was thinking about this divided composition I really loved seeing that Paul Klee face in Boy Fizzing.†

R: That painting didn’t come easily. I struggled to paint his expression. And I was looking at a book on German painting that is in my studio and that Paul Klee face came up. And I just thought, I wish I could paint a face like that. Where you can see that the colour has been applied and then left, without returning and correcting and dabbling with it. Painting the socks took me five minutes, so why spend so long on the face? It’s that same discussion we have had a lot of times about the face and how divorced it is from everything else, how separated it is from the head and the body.

And its because it’s so separate in our psyche that we spend all of this time on depicting it, whereas a foot can just be an extension of a leg.

L: You look at your children in a particular way, you can never be objective. The figures in these paintings are keenly observed, which might be quite hard for people who don’t know your children to see. But I know these gestures that your kids make.

R: Yes, there’s a certain kind of tension in the body that you recognise.

L: It’s really funny to have archetypes, styles and symbols combined with your children, and the way that they are.

R: The yellow bird and the Klee head are doing a similar thing here, extracting something and manifesting it in the visible plane which is part of the inner life of the subject, or the painter, not sure which.