Richard Saltoun Gallery presents Haptic Vision, a major exhibition dedicated to trailblazing feminist artists Rosa Lee and Jo Bruton, which puts into focus their massive influence on the UK’s abstract and feminist art of the 1980s & 90s. It is the first time in 10 years that Lee’s work is exhibited in London, and to coincide with the show, the gallery is delighted to announce exclusive representation of the artist’s estate. 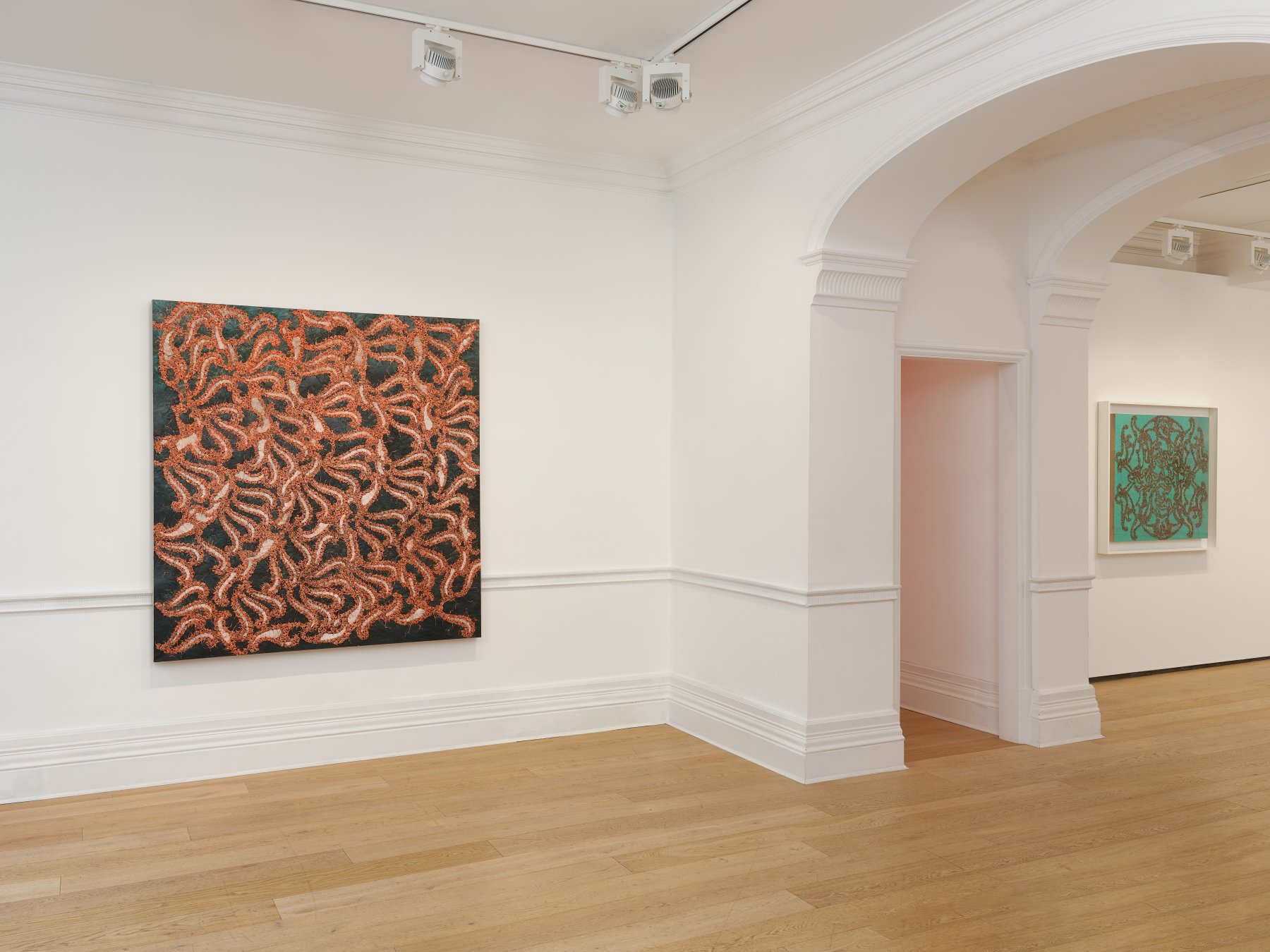 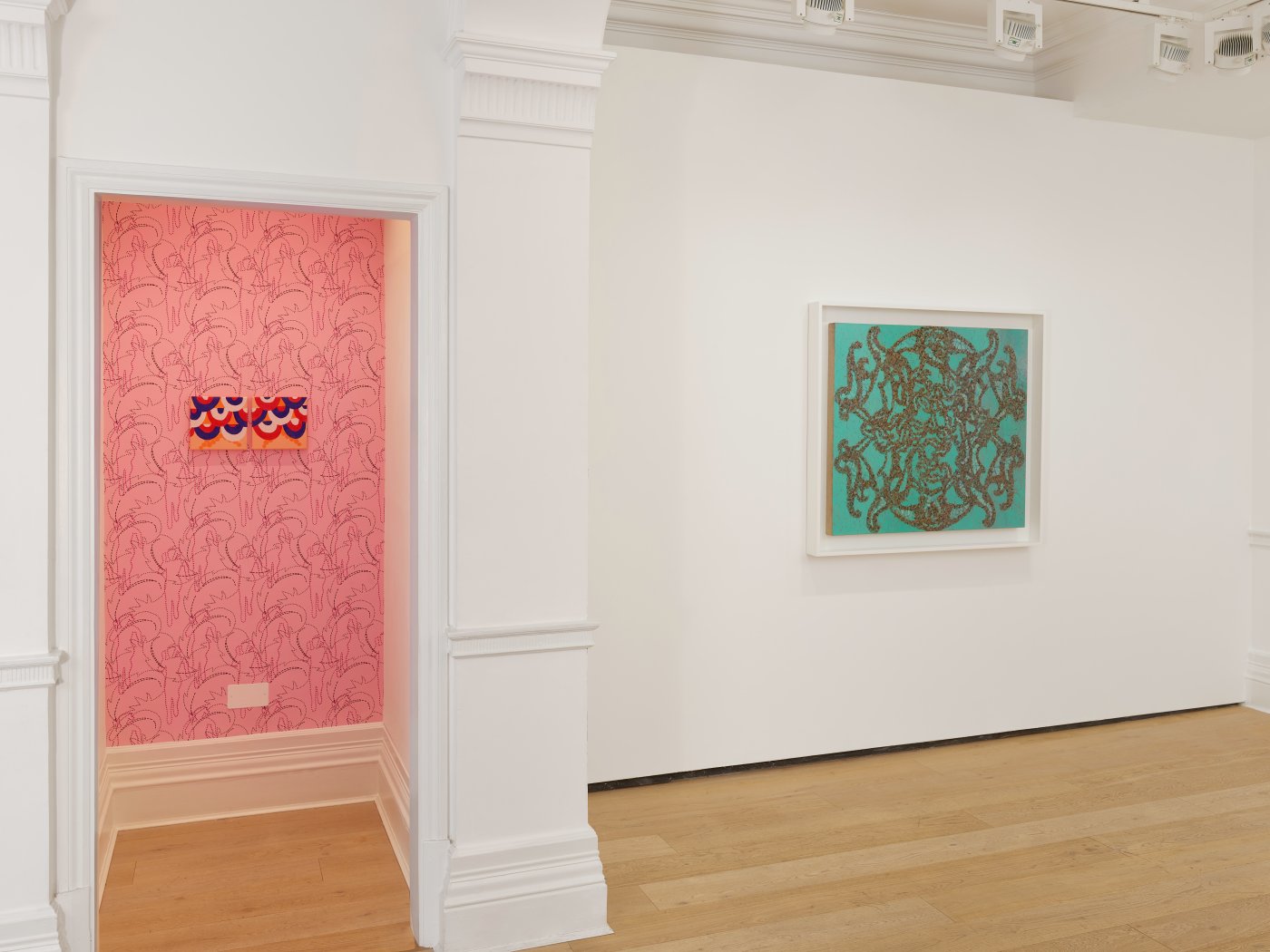 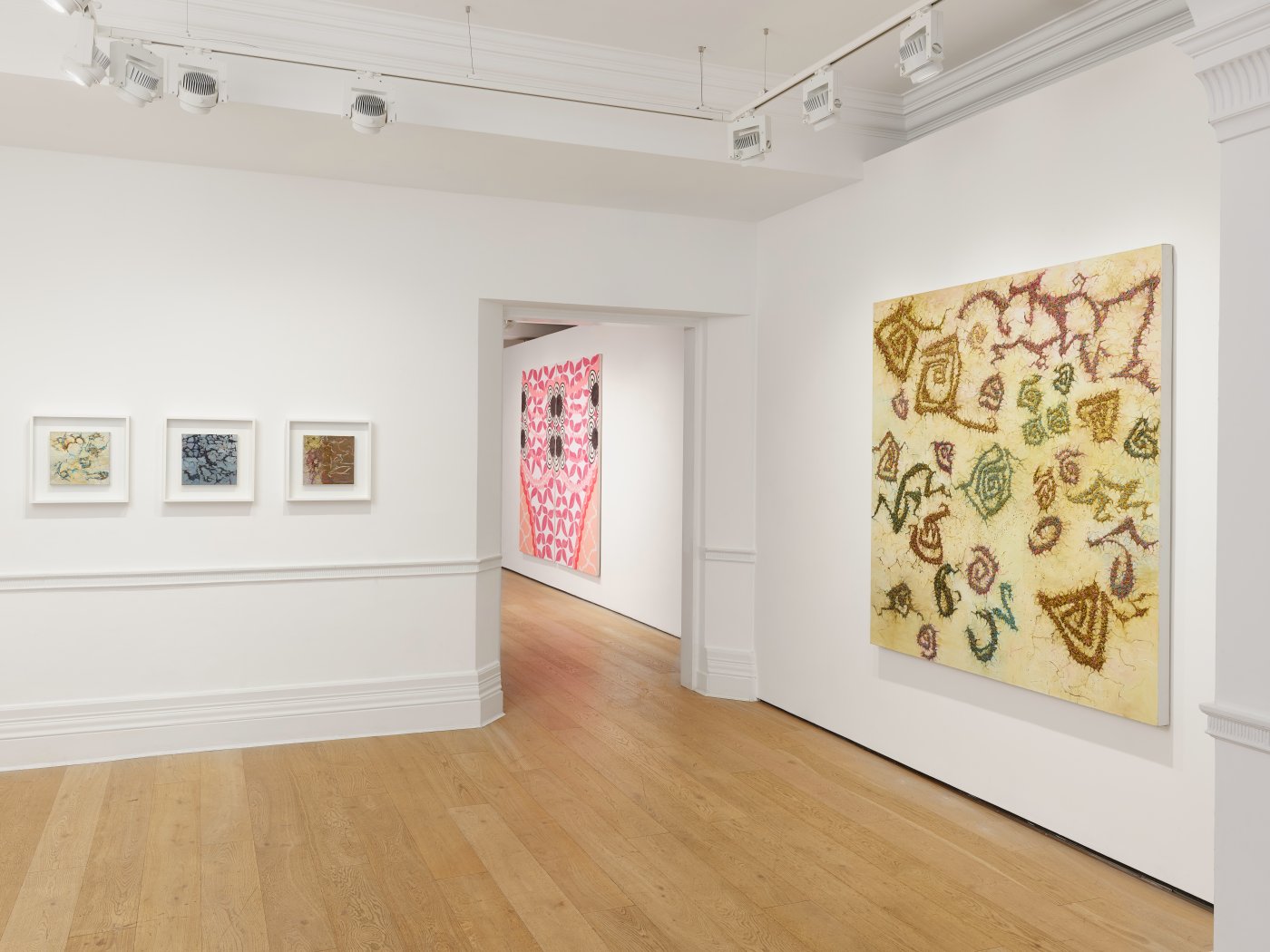 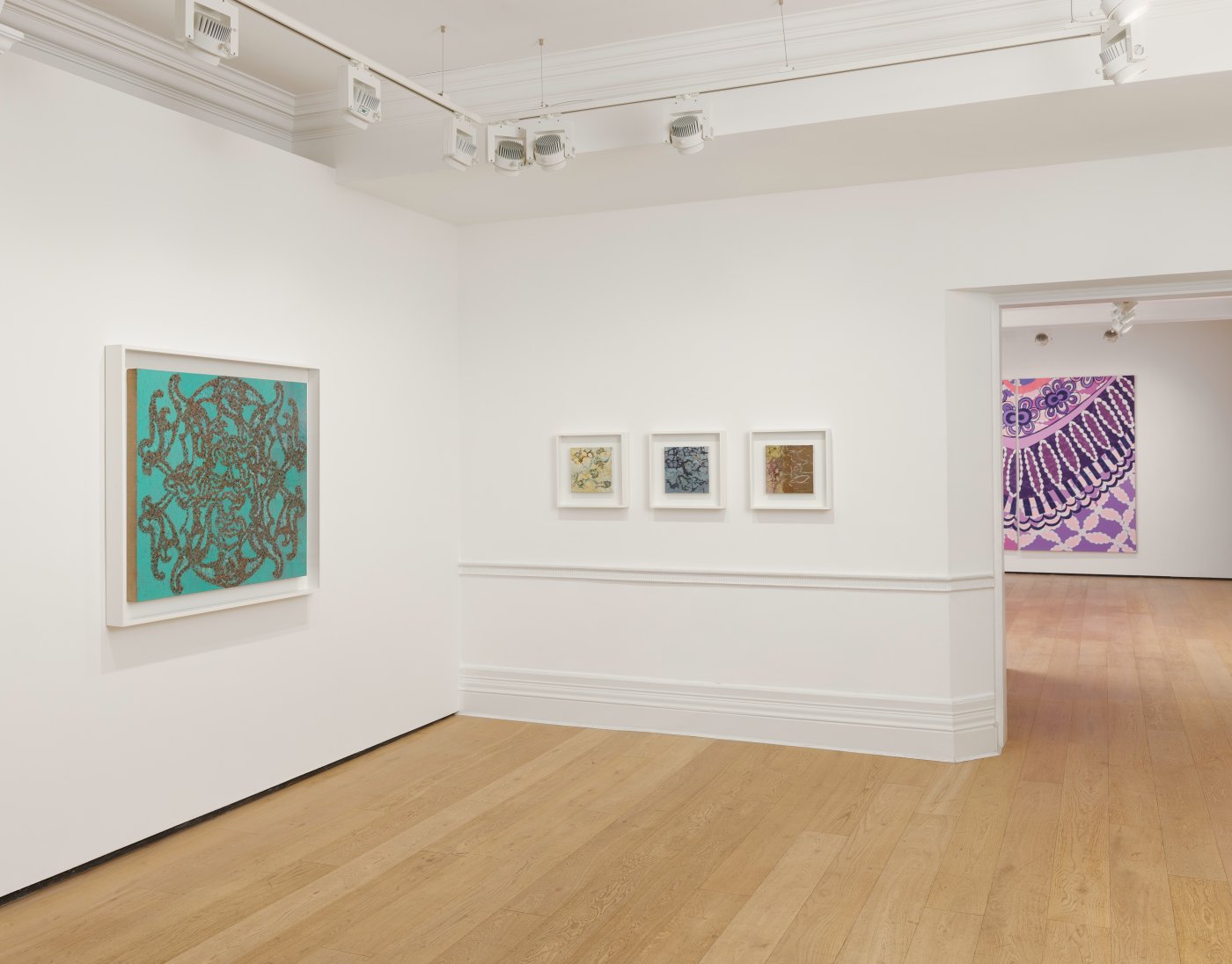 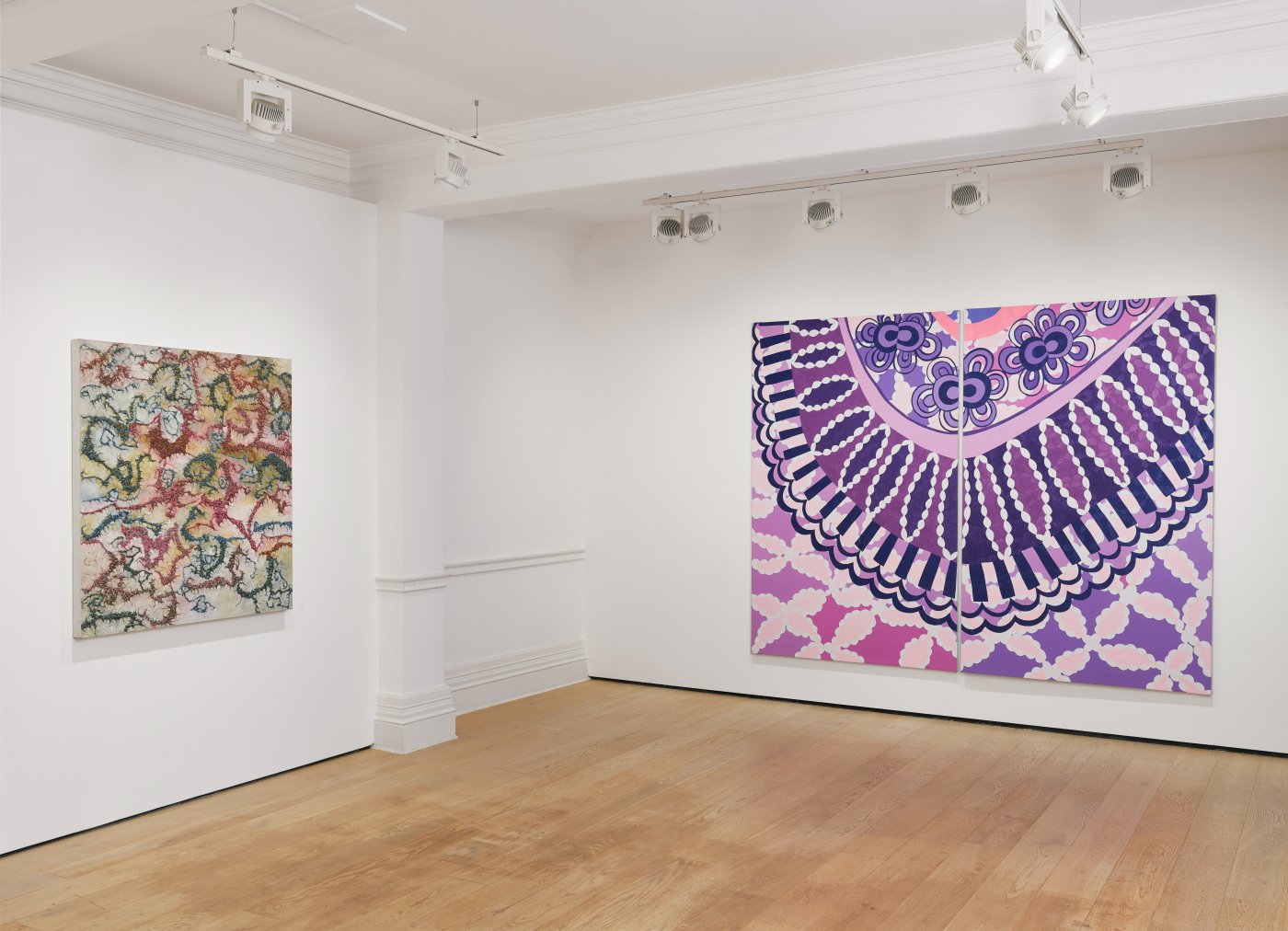 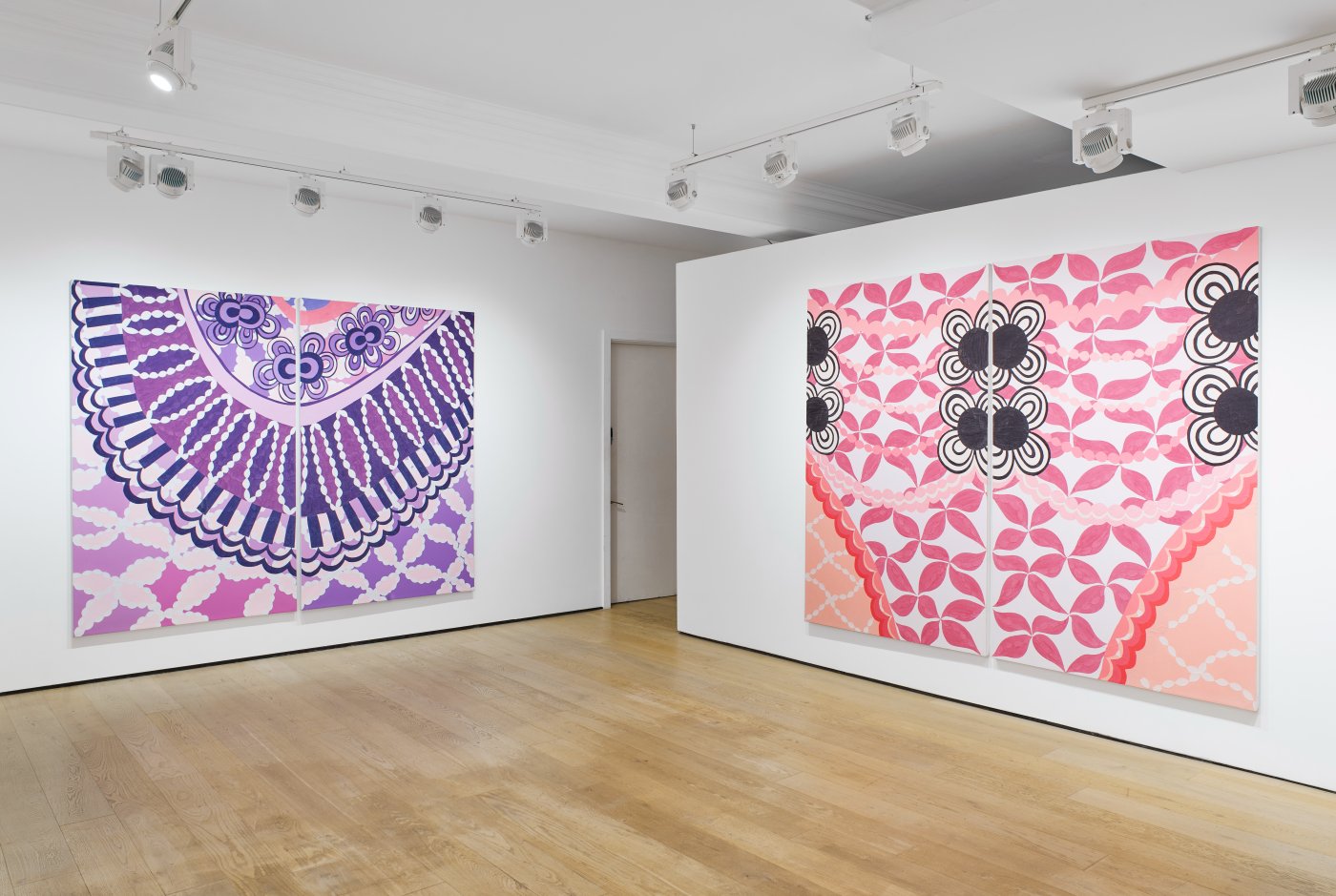 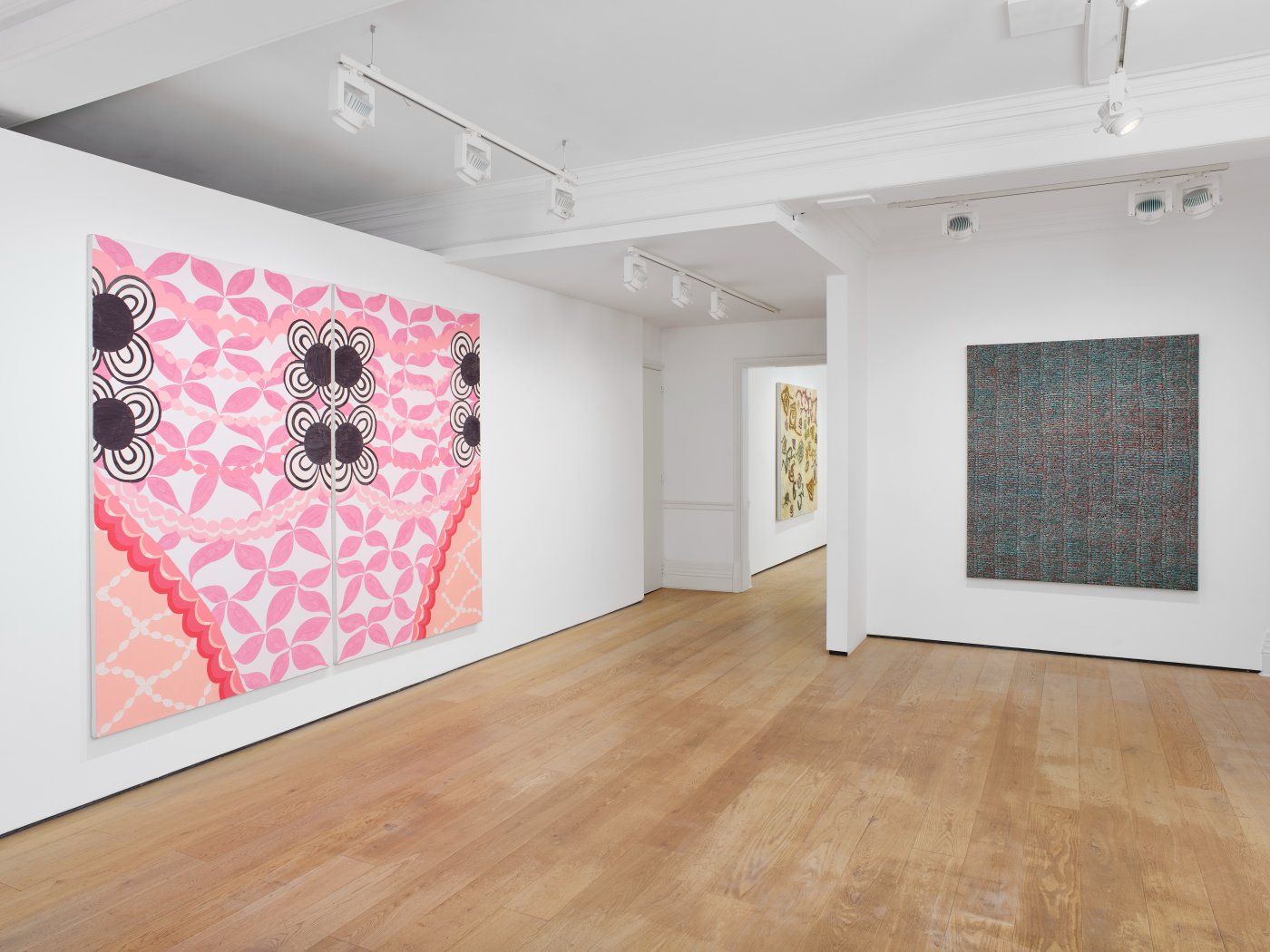 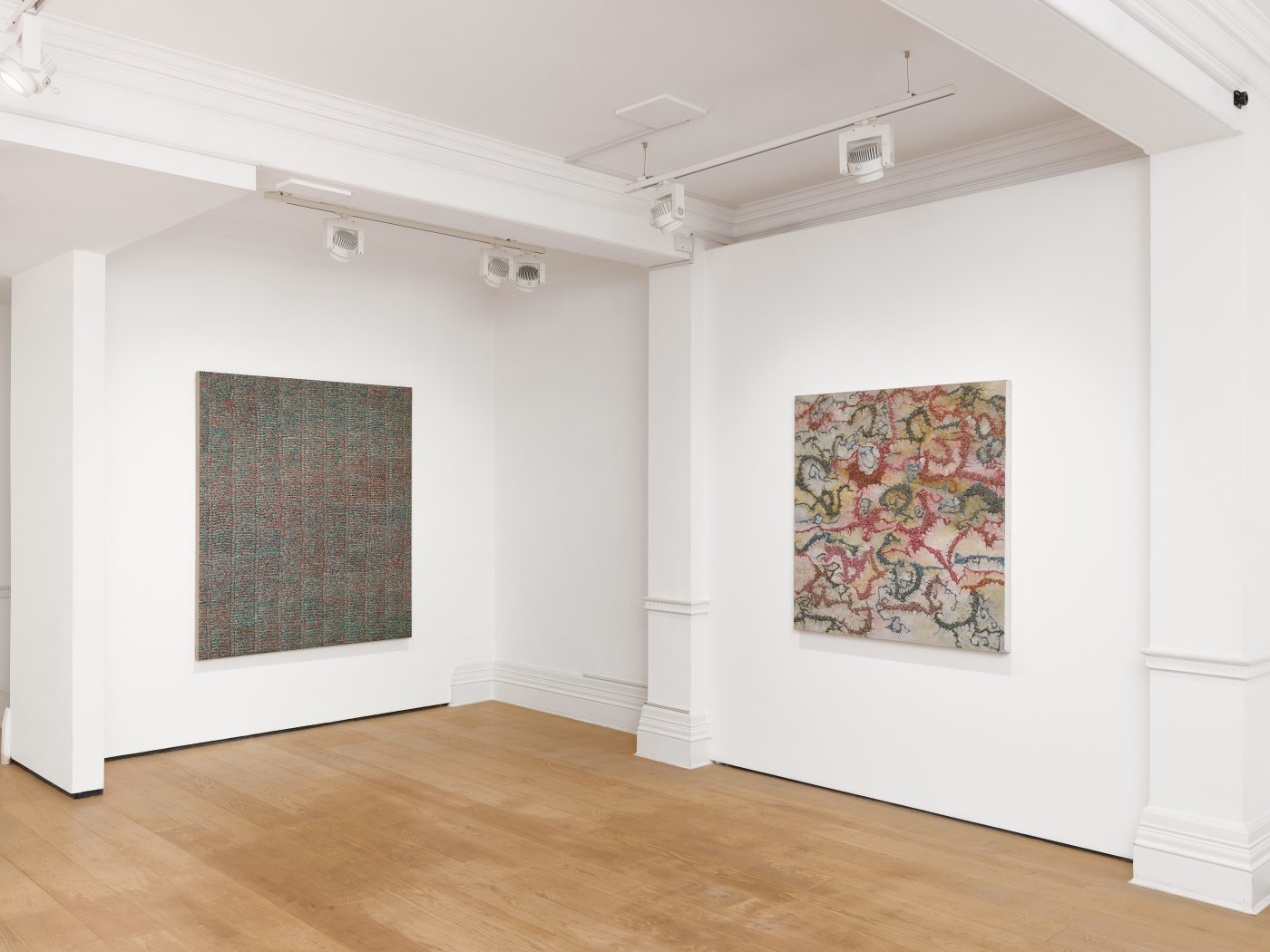 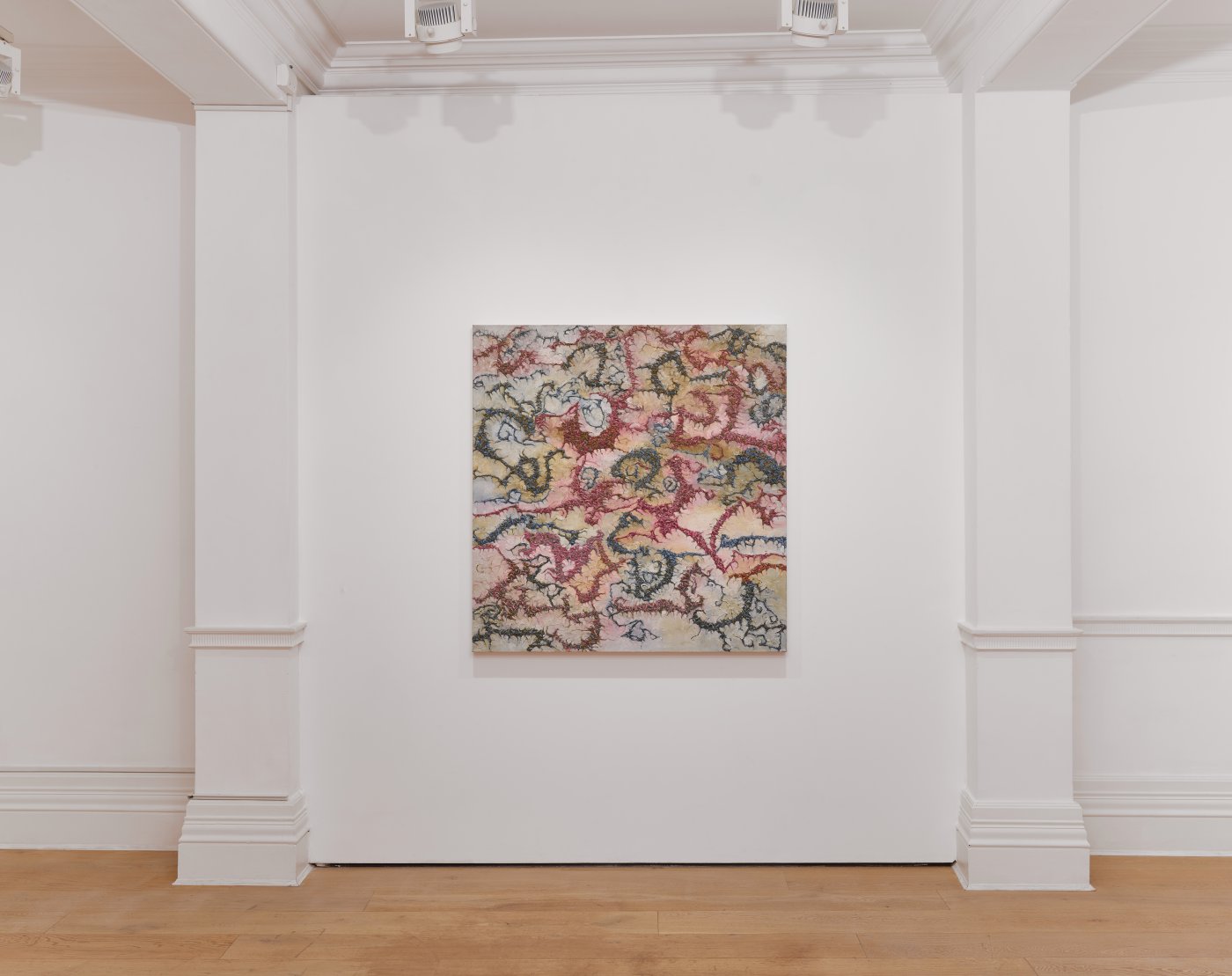 Inspired by the American Pattern & Decoration movement, Lee and Bruton created a new type of abstraction that made a clever use of traditionally feminine decorative elements – like patterning, beading and collage – to dismantle the hierarchy of fine art over craft. In doing so, they raised questions about the validity of the modernist conventions and reclaimed the position of women within the history of painting.

As opposed to the shocking works of the YBAs – who emerged in the same years – Lee and Bruton created deliberately beautiful, highly ornate canvases that were seemingly easy on the eye and on the mind. Their paintings don’t have a single focal point but are composed of a myriad of painstaking details, which can be truly seen only by actively exploring the paintings’ surface from edge to edge (a type of perception called ‘haptic vision’).

Part of the Hong-Kong diaspora, Lee used painting to pursue the creation of a new visual language, described as an arabesque dance ‘with threads to mend and extend’. Her large-scale canvases are heavily layered with skeins of paints in wave-like forms, creating optical illusions. Her sources were both Western, with Bridget Riley and the writings of Jacques Derrida being hugely influential, and Asian, with calligraphic abstraction underpinning her entire practice. Sadly, Lee passed away at barely 52 years old, so her burgeoning career was cut short. Yet, she contributed greatly to the development of contemporary painting and feminist theories, having written many essays on the topics and a key text (Resisting Amnesia: Feminism, Painting and Postmodernism, Feminist Review, 1987) re-situating feminism within art historical tradition.

Fellow artist and friend Jo Bruton toys with notions of decoration, domesticity and displacement questioning the position of the feminine subject, and the desire to act within and occupy space. Her works included in Haptic Vision reference the dazzling performances of the Las Vegas showgirls. She employs decorative motifs that allude to clothing and costume to explore the constructed female identity. In a swirl of colour, light and beauty, her vast, colourful canvases appear deceivingly uncomplicated and simply constructed. On the contrary, each of her pieces is composed by many layers that reflect the characteristics of the painting – from the initial collaged elements to the brightly painted surface decorated with fine glass beads.

“Rosa was a dear friend. We showed this work together 20 years ago. It was great to see the paintings again after such a long time, and to remember our conversations about painting. The necessity of ‘making’, of being within that space as a primary concern, where the Subject is nearby and woven into the repetitions and patterns of everyday life.” – Jo Bruton, 2022