Taka Ishii Gallery presents “bird,” an exhibition of the work of Roni Horn. Organized as a satellite exhibition of Horn’s large-scale solo show, “Roni Horn: When You See Your Reflection in Water, Do You Recognize the Water in You?” which is currently on view at the Pola Museum of Art, this showcasing features “bird,” a photographic installation comprised of ten pairs of photographs. 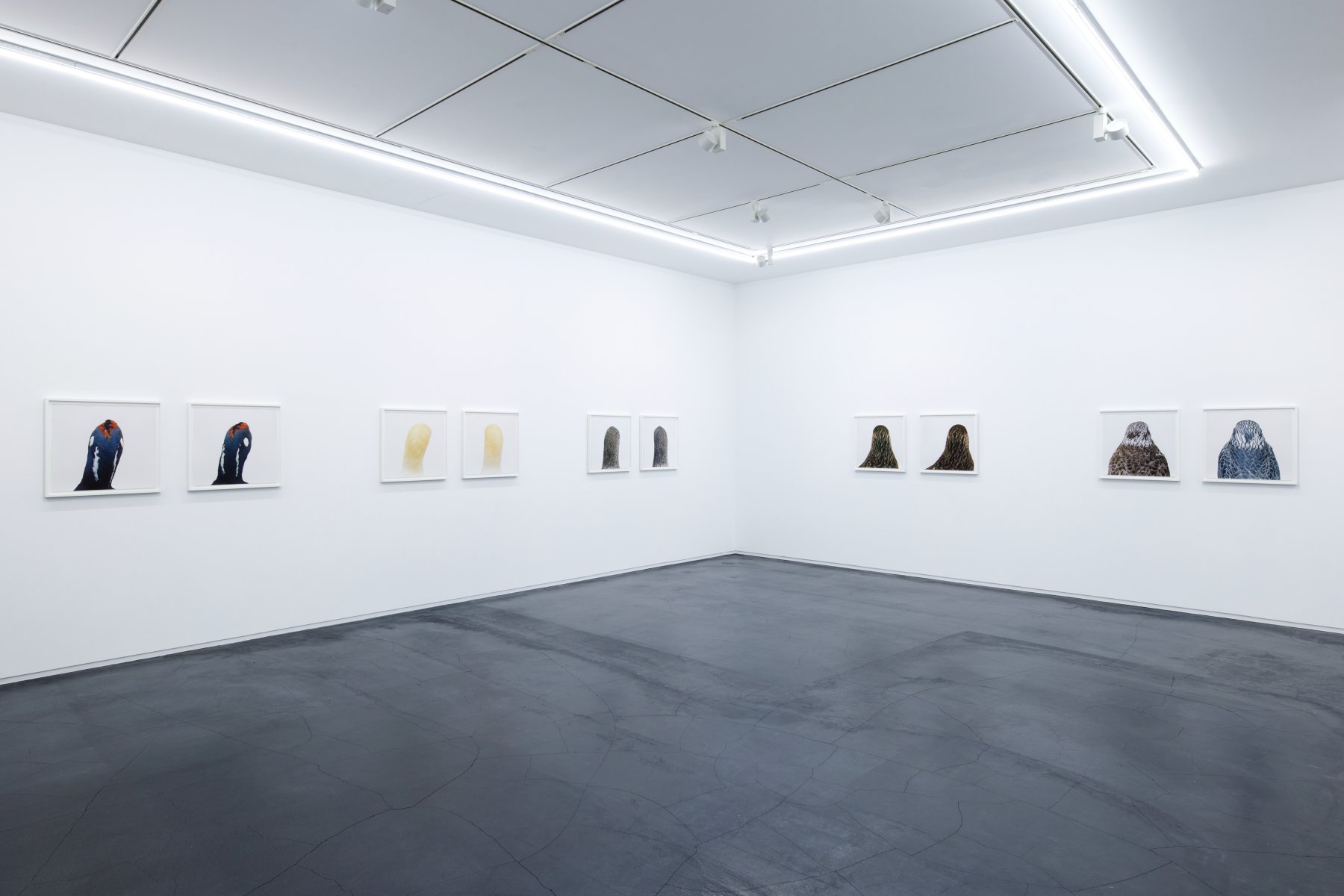 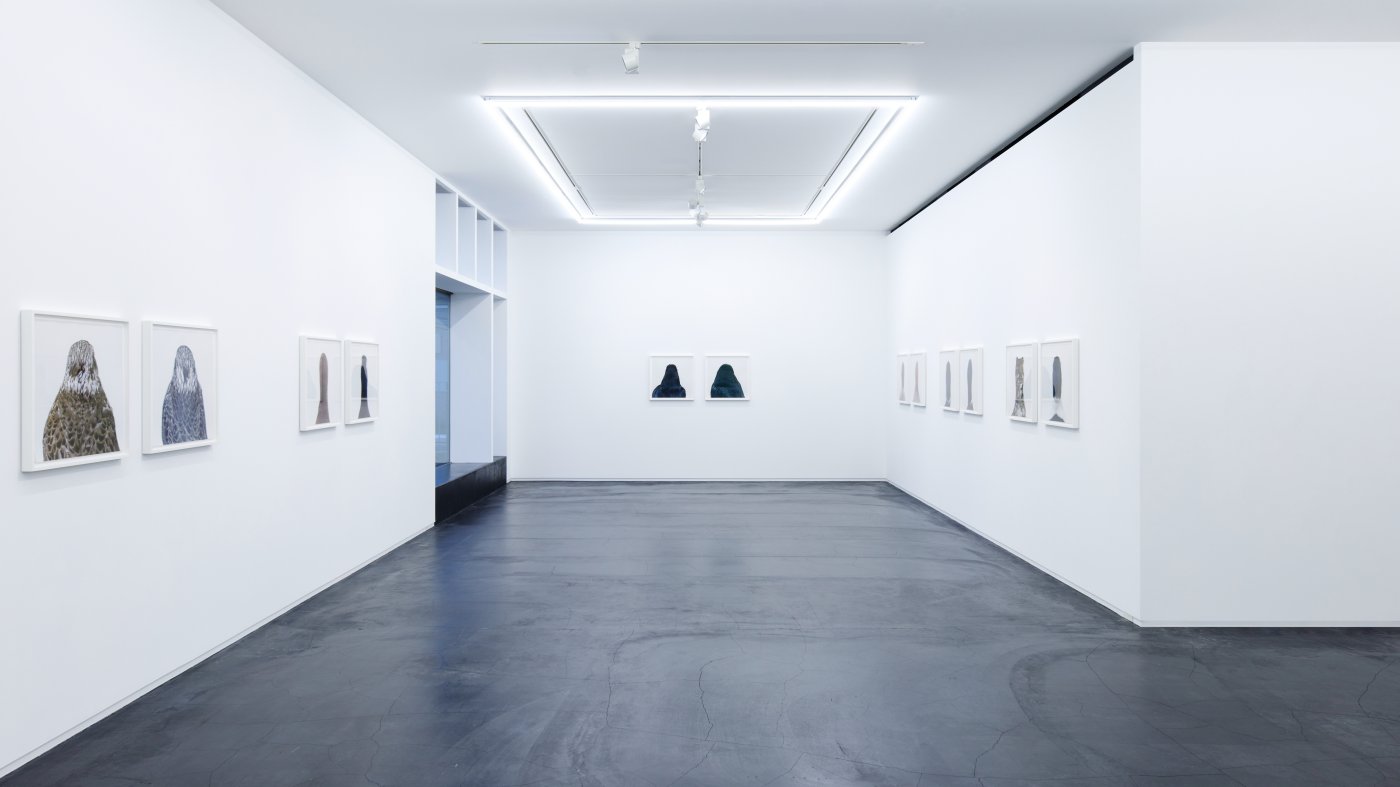 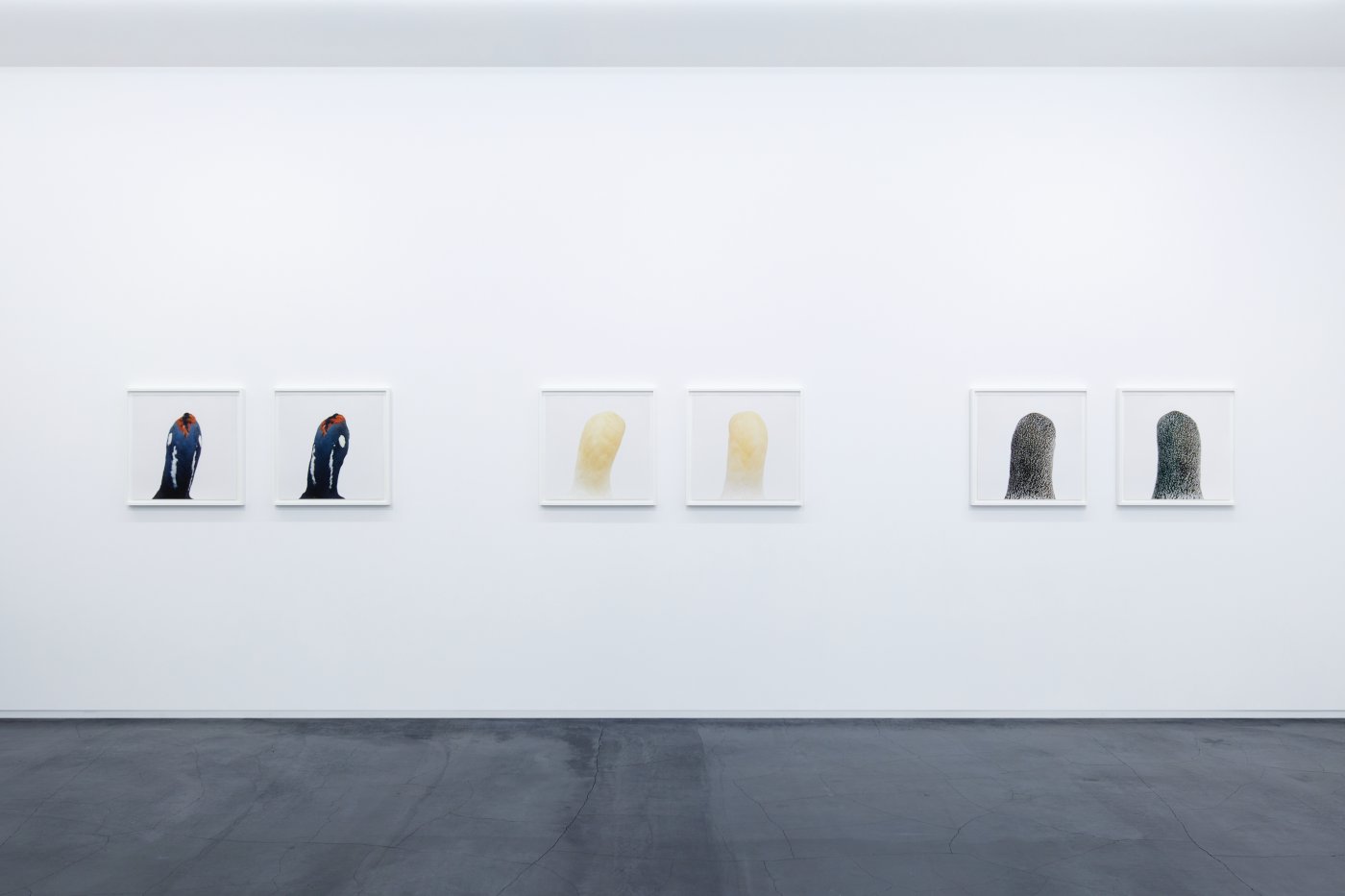 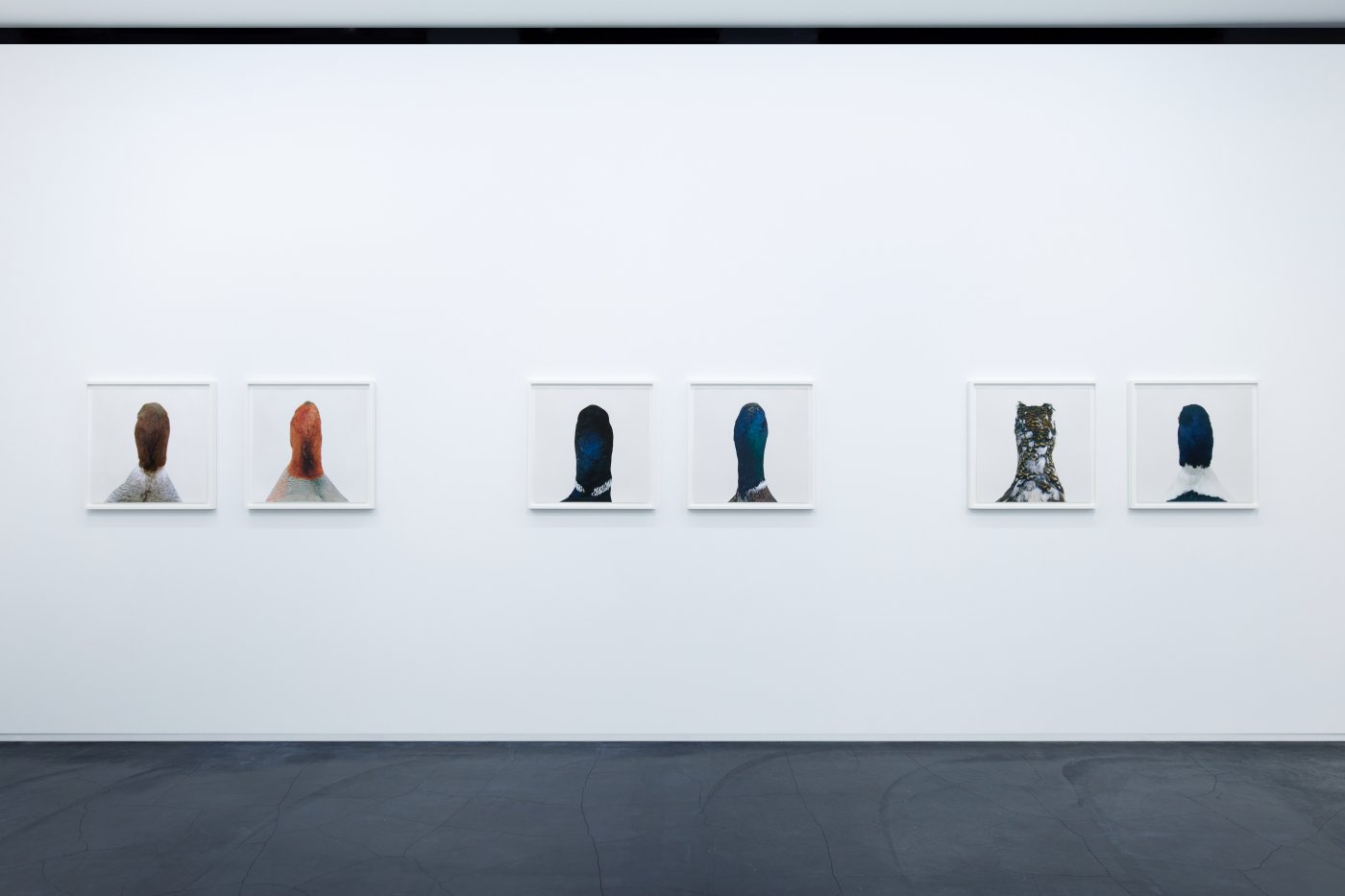 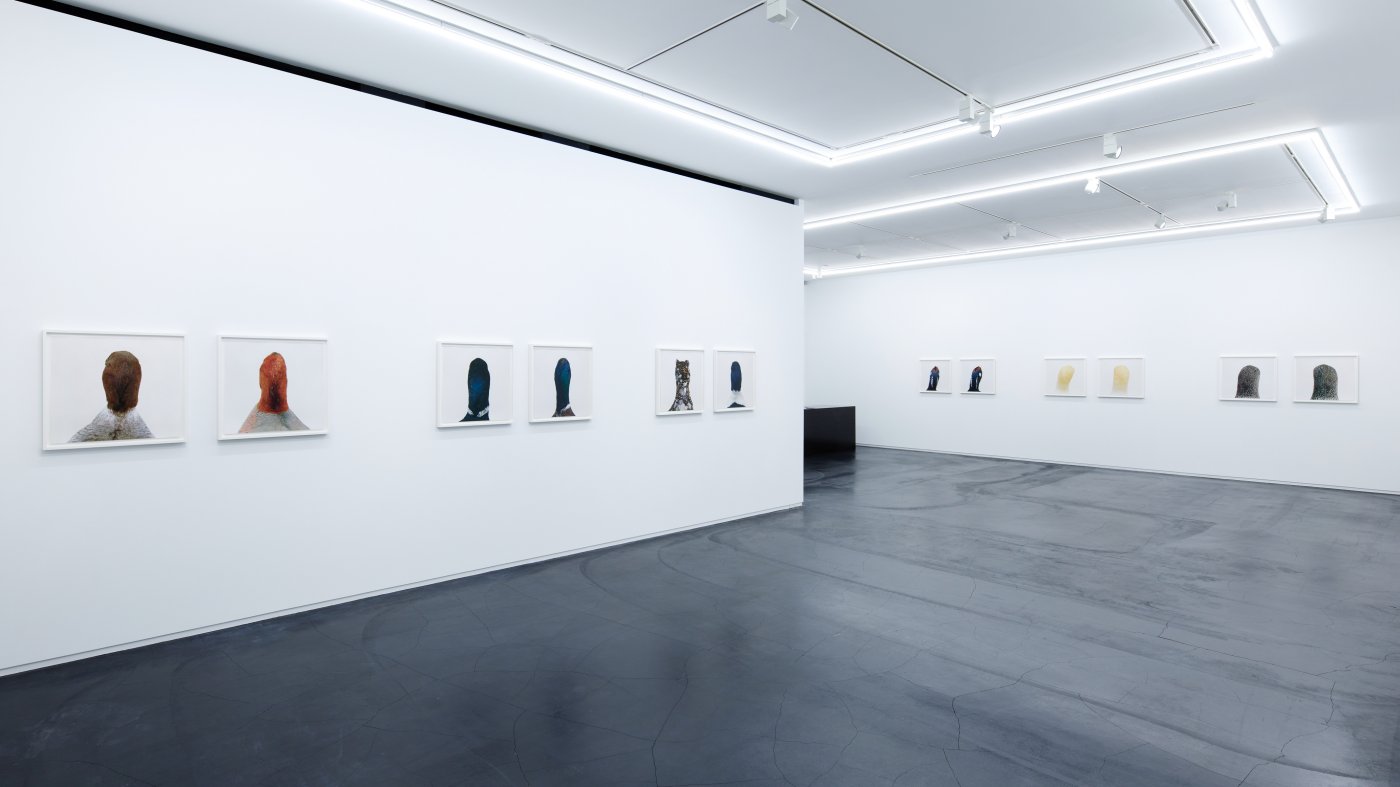 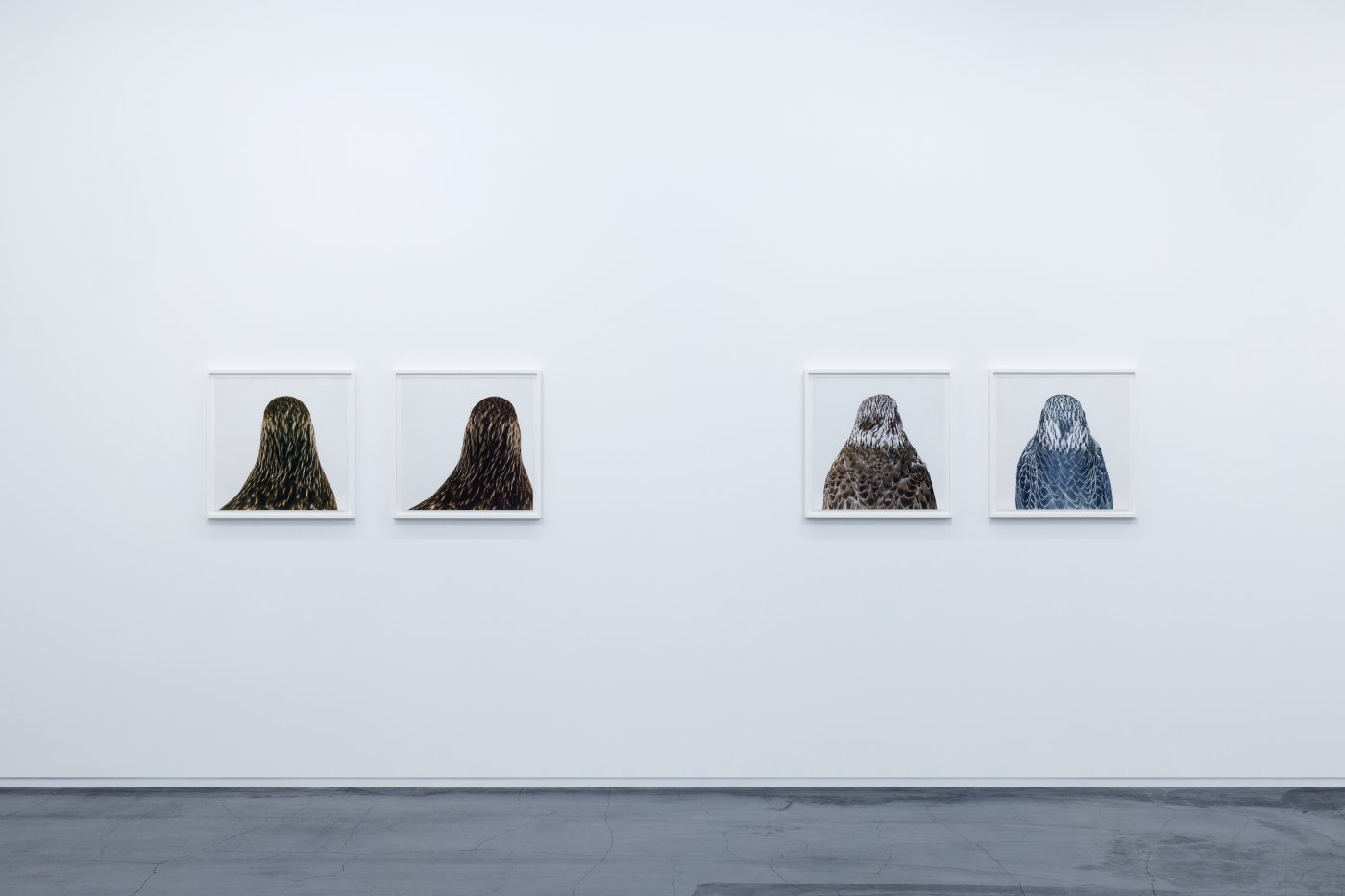 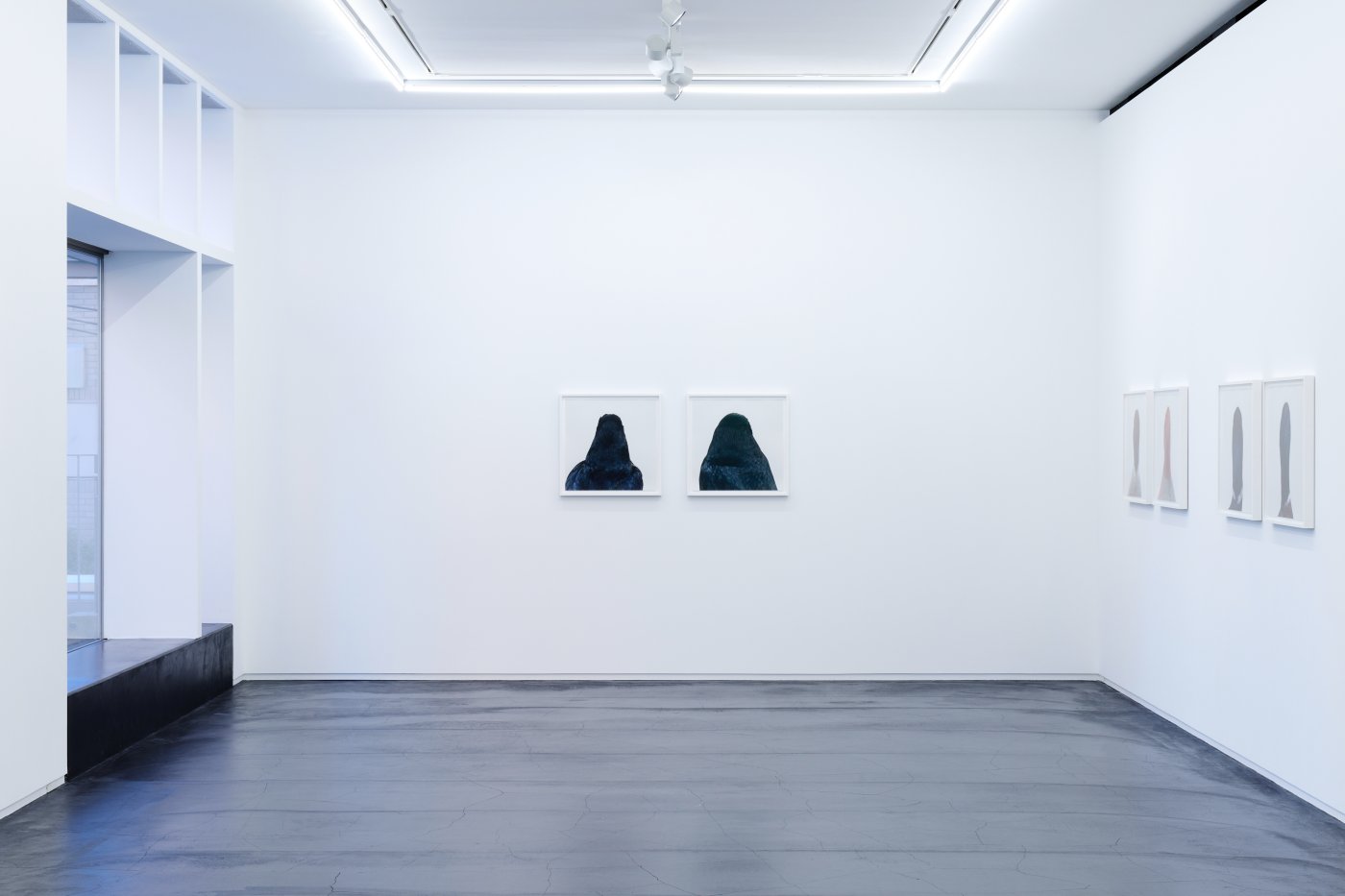 From solid cast glass sculptures that appear to be pools of water, “Dead Owl” (1997) a photographic diptych of two seemingly identical owls quietly perched, to large-scale drawings in which text fragments are disassembled and reconstructed through a repeated process of cutting and pasting – Horn has employed a variety of media to create works founded upon a sense of ambiguity. Just as it is difficult to determine whether the glass sculptures are entirely solid or contain traces of liquid, neither is it clear whether the two owl photographs are a juxtaposition of the same image or different images, and whether they are the same specimen or different specimens altogether. Her oeuvre, which evades categorization, stimulates the viewer’s curiosity as they attempt to decipher and understand the work. Any sense of mystery that remains unsolved, serves to further prolong the experience of the work.

The interplay of image and text also plays an important role in Horn’s work. For example, the sculptural installation “Bouquet of Emily” (2006-2007) is comprised of aluminum bars featuring fragments of text from letters sent by Emily Dickinson. The use of this text reflects Horn’s admiration for the writings of the renowned poet, and at the same time could be perceived as the key to opening the door to a conceptual world. Other works are titled obliquely, such as “Air Burial,” “Pi,” “Or,” and “Untitled (“Speed only happens when you’re having an accident.”)” Accompanied by phrases and words that Horn had encountered and made note of thus far, her sculptures, drawings, photographs and books acquire a depth of context as we endeavor to unravel their meaning.

The ten pairs of photographs in this installation represent the culmination of Horn’s long-running “Untitled (bird)” series. The taxidermied Icelandic birds captured within the photographs are all viewed from behind, thus making it impossible to catch a glimpse of their facial features. The contrasts between the paired specimens are underscored by the detail achieved in the photographs through the use of a large format camera, while the information necessary to identify the birds themselves is kept to a minimum. All we can observe are the smooth contours of the heads of the birds seen from behind, their graceful curvatures and colors as well as intricate textures, thereby seemingly encouraging viewers to peruse and interpret a visual metaphor.

On view:
Roni Horn: When You See Your Reflection in Water, Do You Recognize the Water in You? Dates: Until Mar 30, 2022
Location: Pola Museum of Art
1285 Kozukayama, Sengokuhara, Hakone-machi, Ashigarashimo-gun, Kanagawa

Roni Horn (b. 1955) lives and works in New York City. She is known for conceptual works in a variety of media including photography, sculpture, drawing, performance and books. Since 1975 she has traveled frequently and extensively in Iceland, seeking out rugged scenery in remote outlying areas. The solitude Horn experiences during these journeys has had a significant influence on her life and work.
She has had many major solo exhibitions at venues including the Centre Pompidou (Paris, 2003), Tate Modern (London, 2009), the Whitney Museum of American Art (New York, 2009-2010), Fondation Beyeler (Riehen, Switzerland, 2016 and 2020), Glenstone Museum (Potomac, USA, 2017-2018), and The Drawing Institute at the Menil Collection (Houston, TX, 2019).