Modern Art presents a solo exhibition of new works by Ron Nagle. This is his second solo exhibition with the gallery, comprising eighteen small-scale sculptures and a group of drawings made within the past three years. 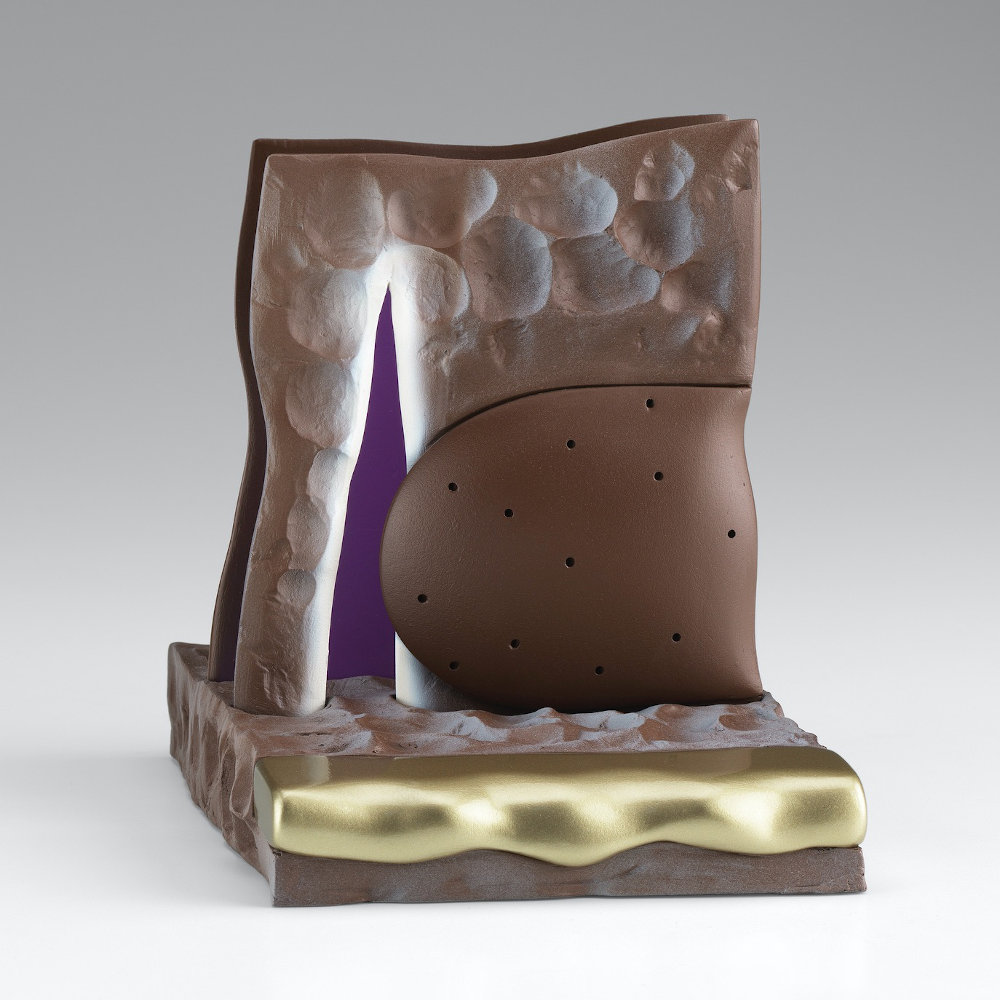 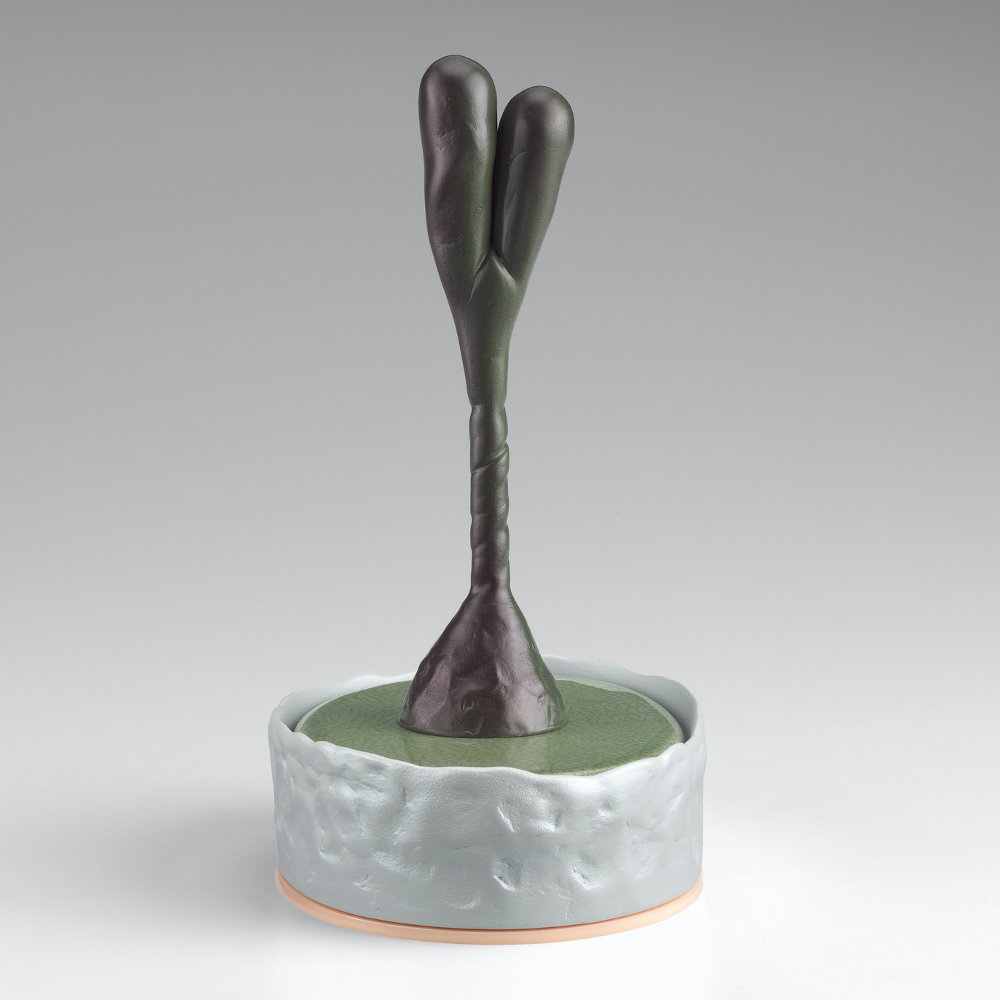 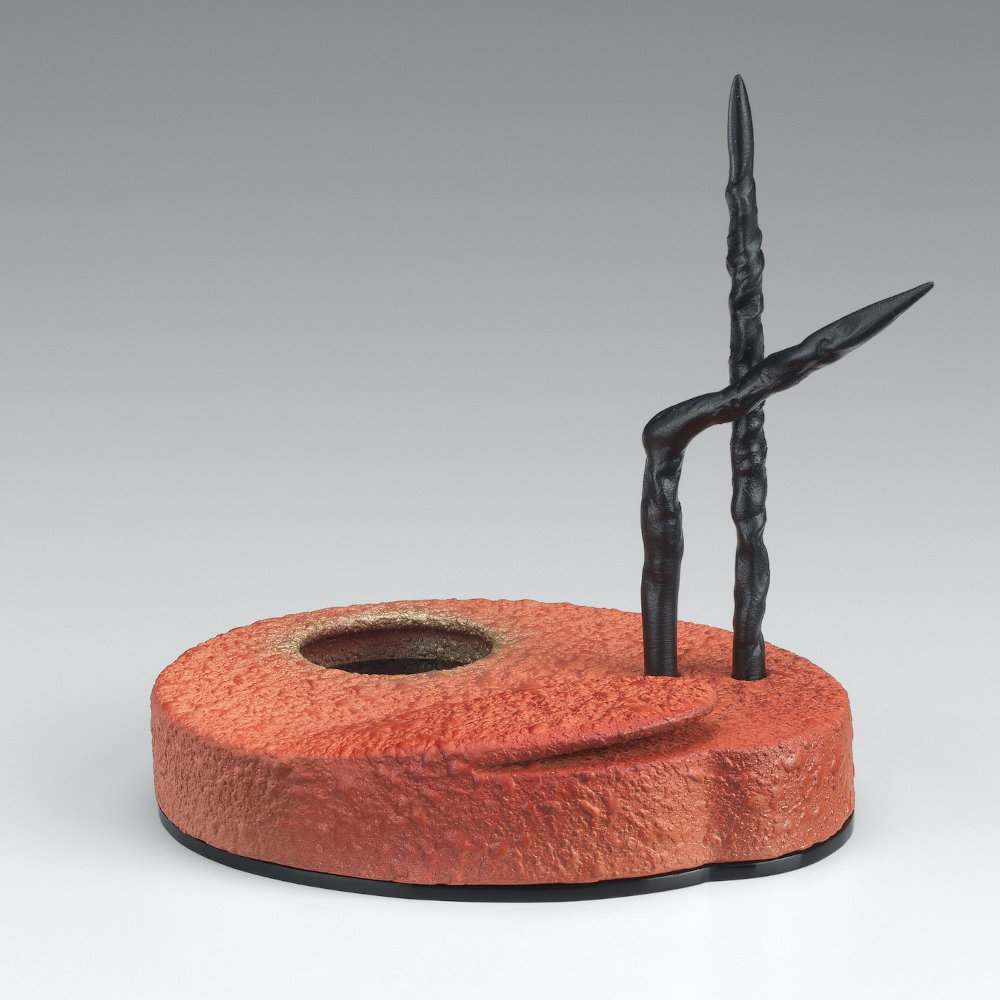 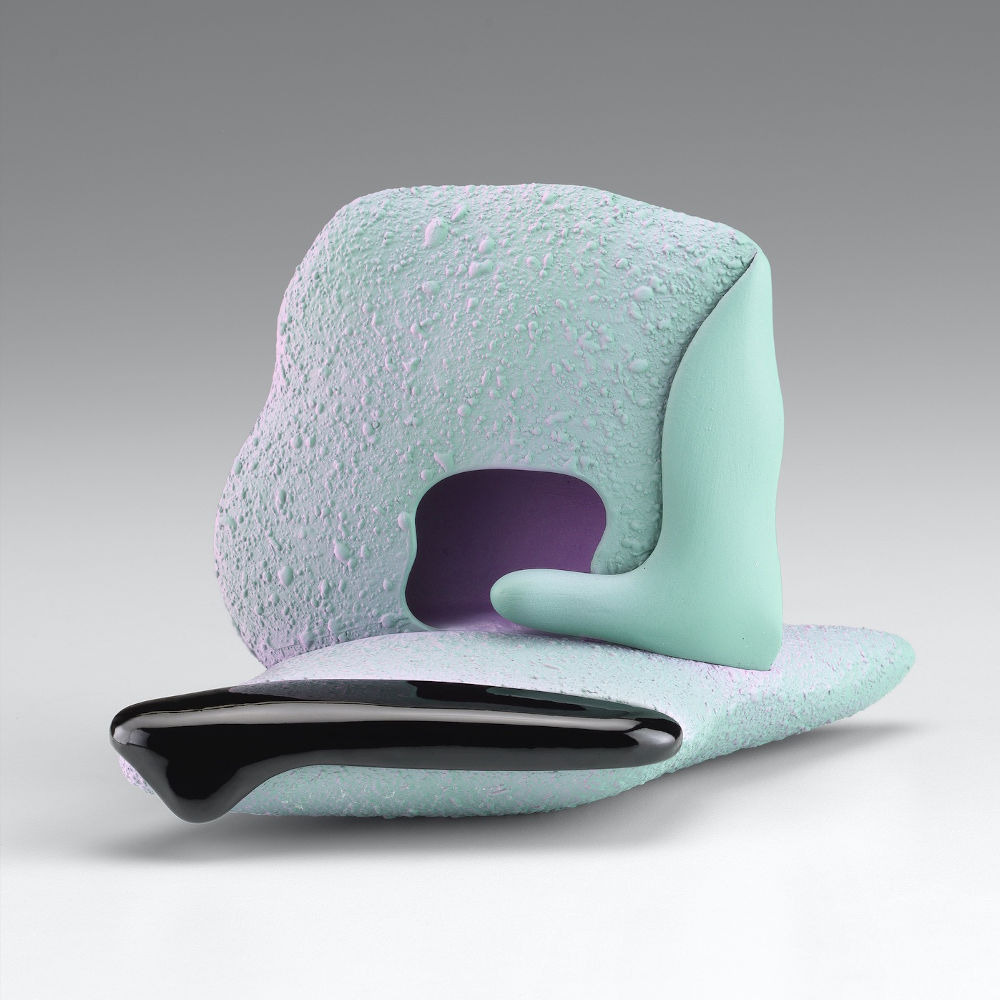 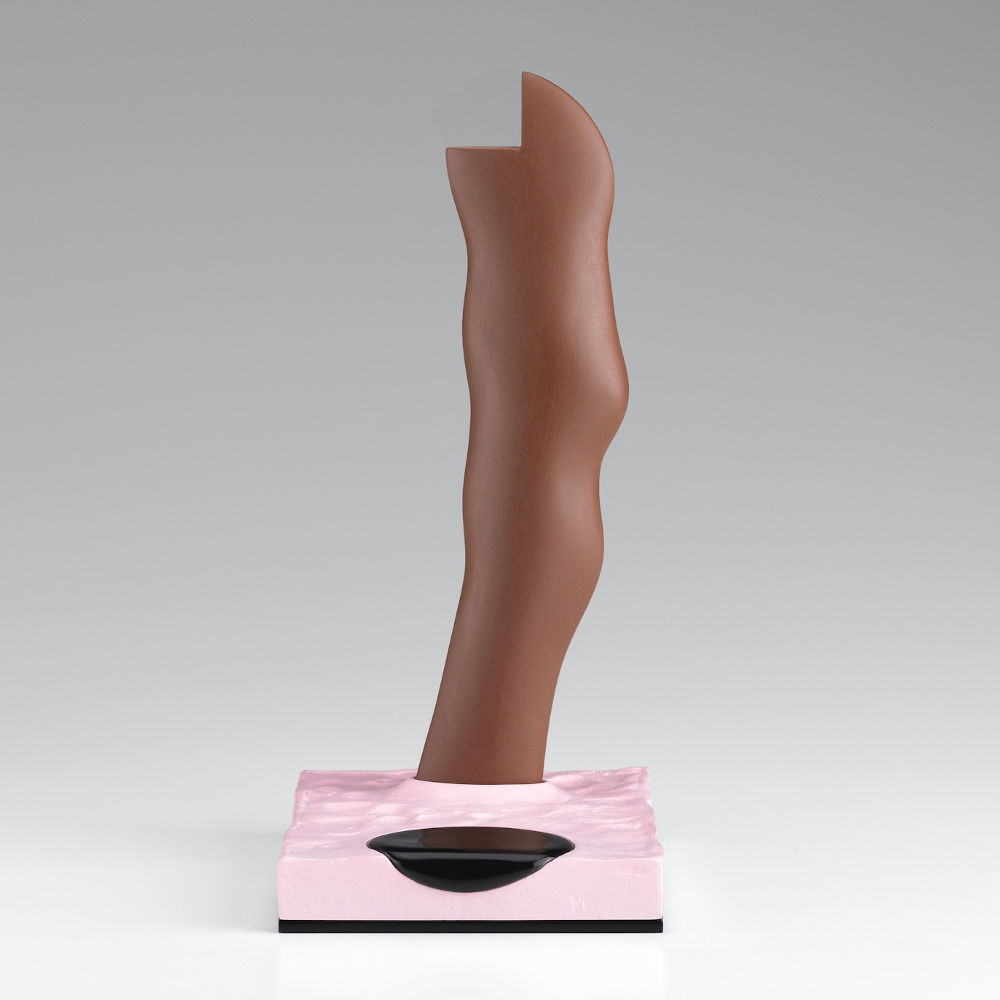 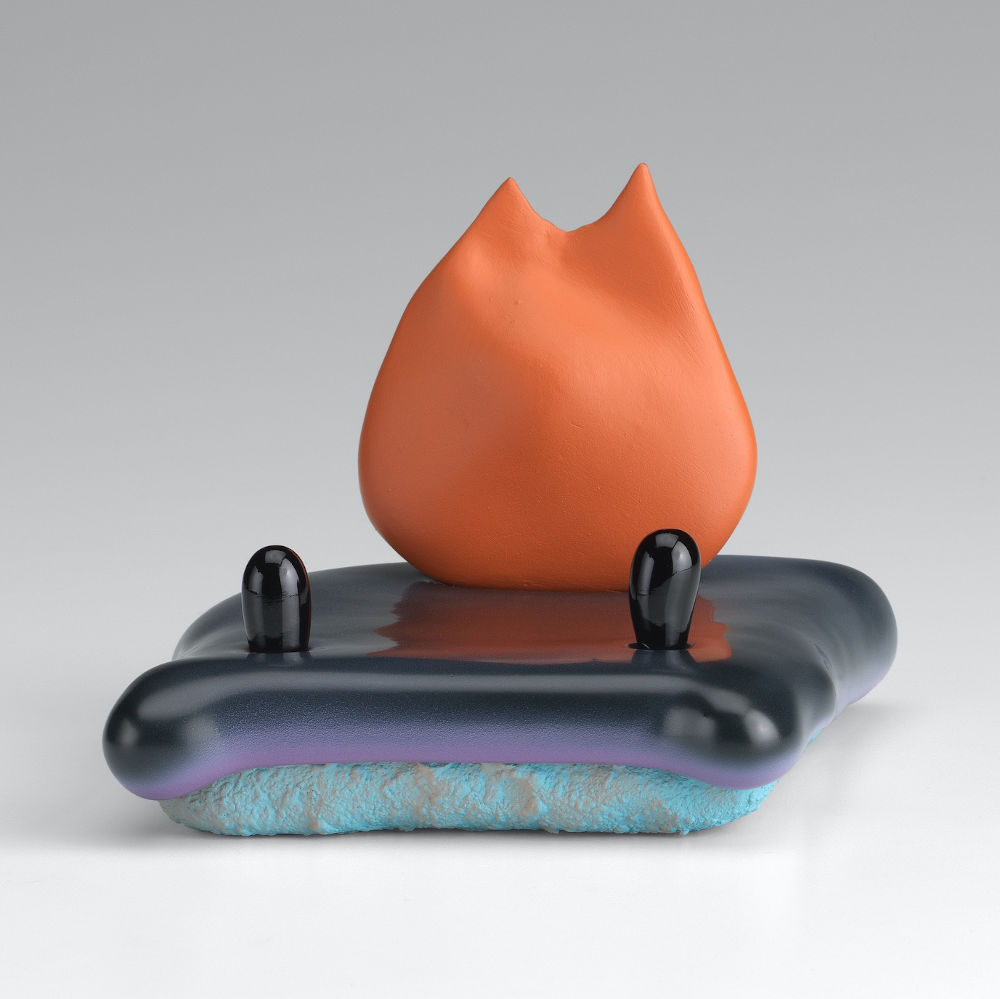 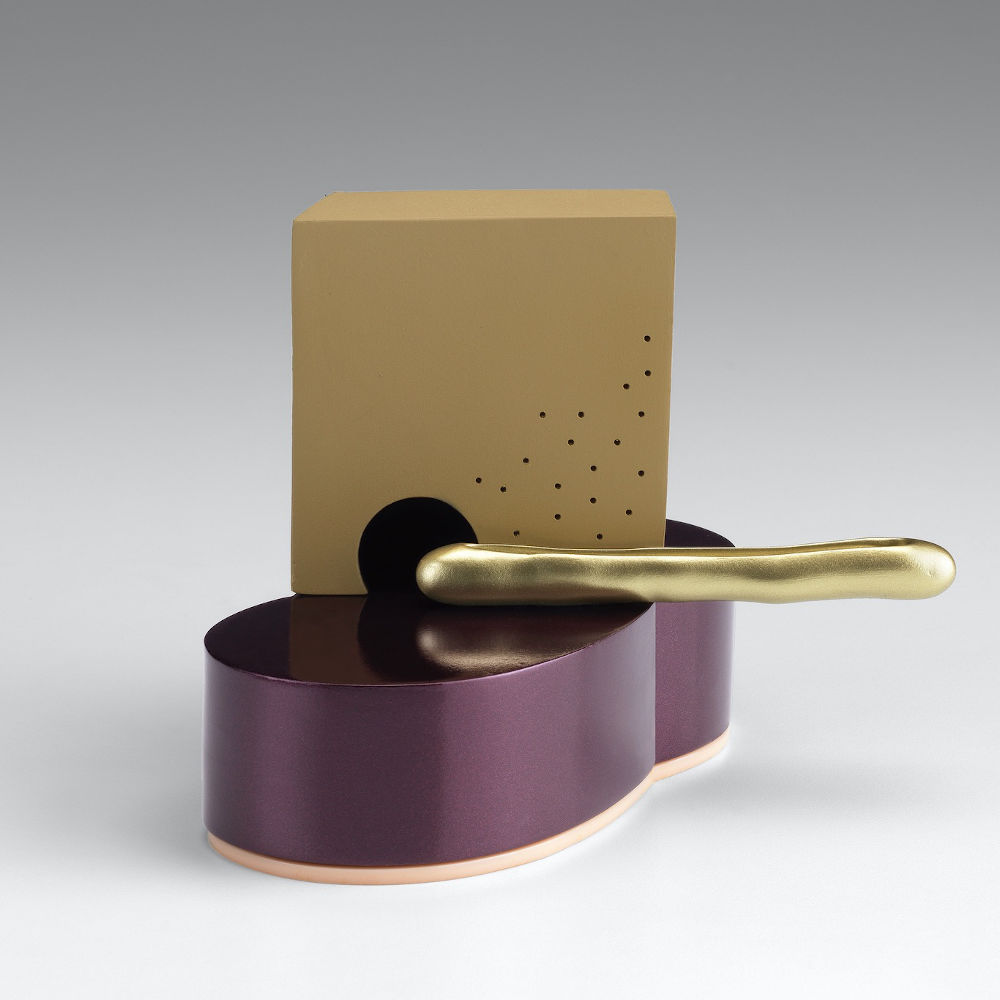 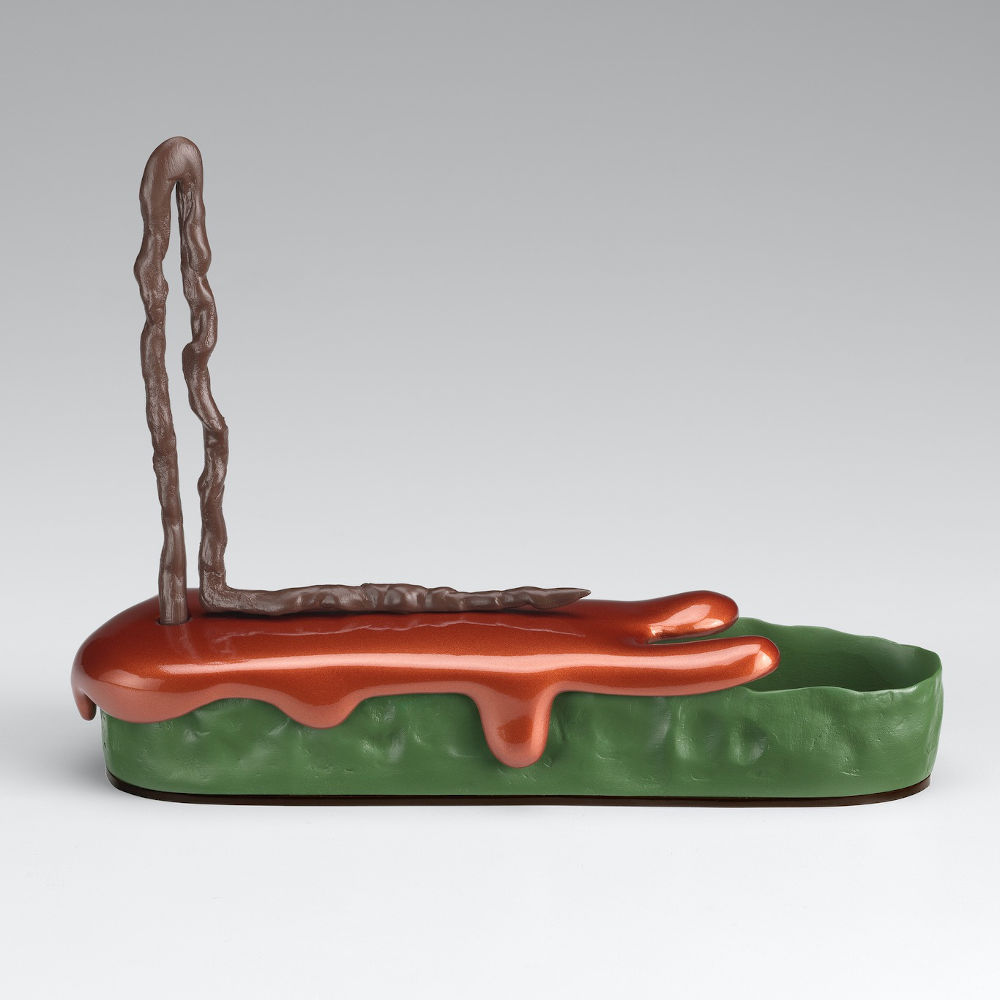 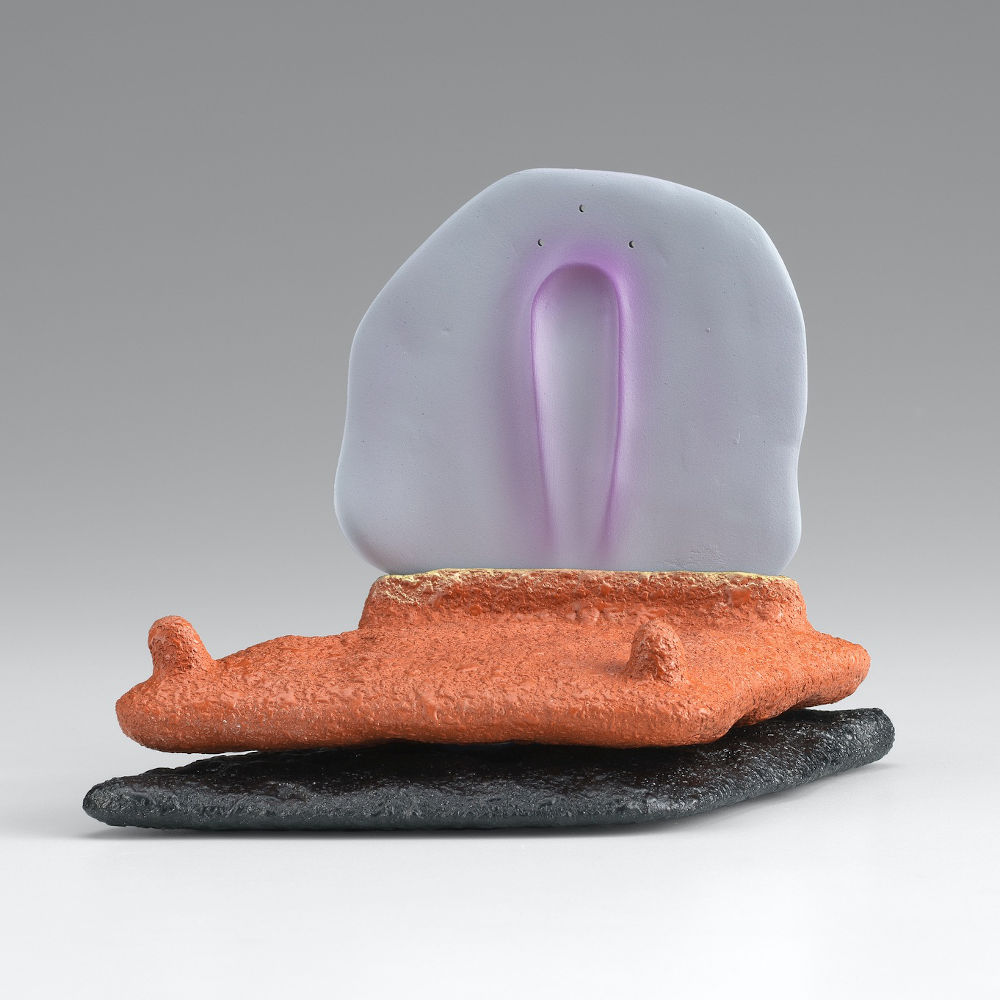 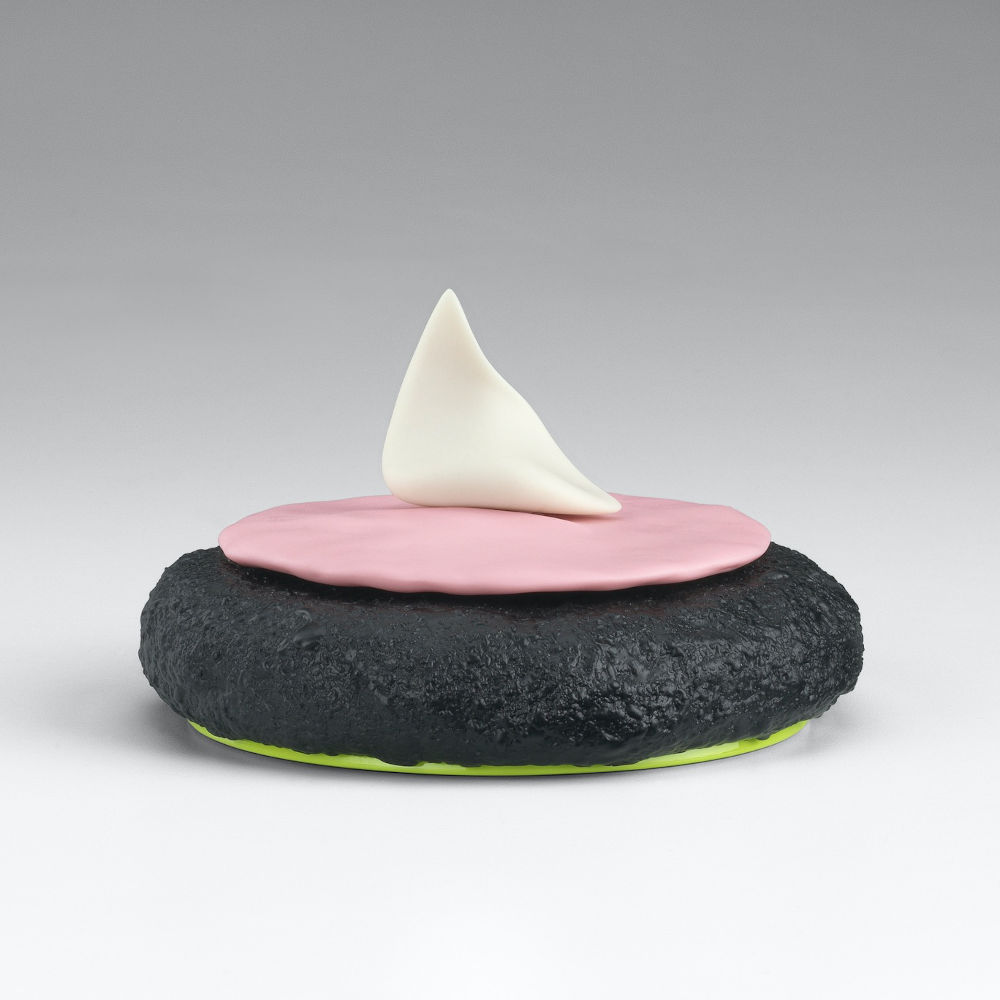 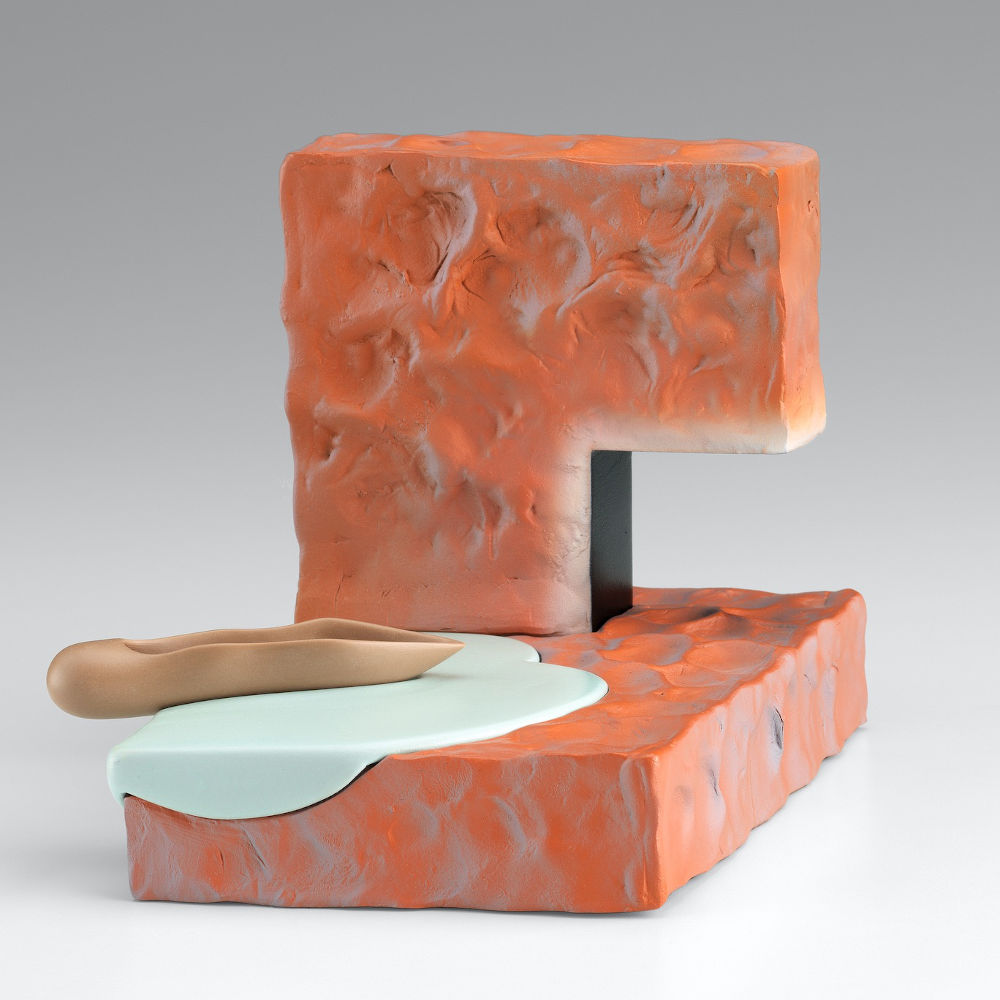 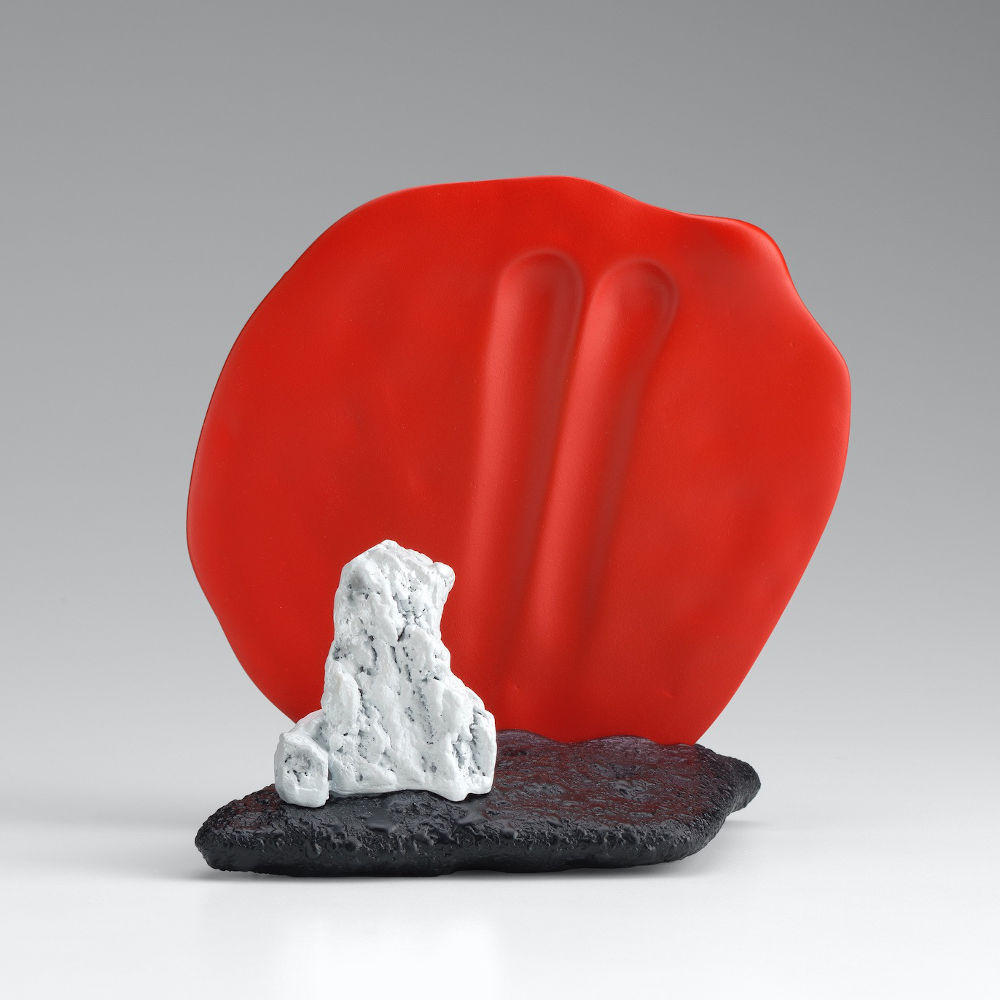 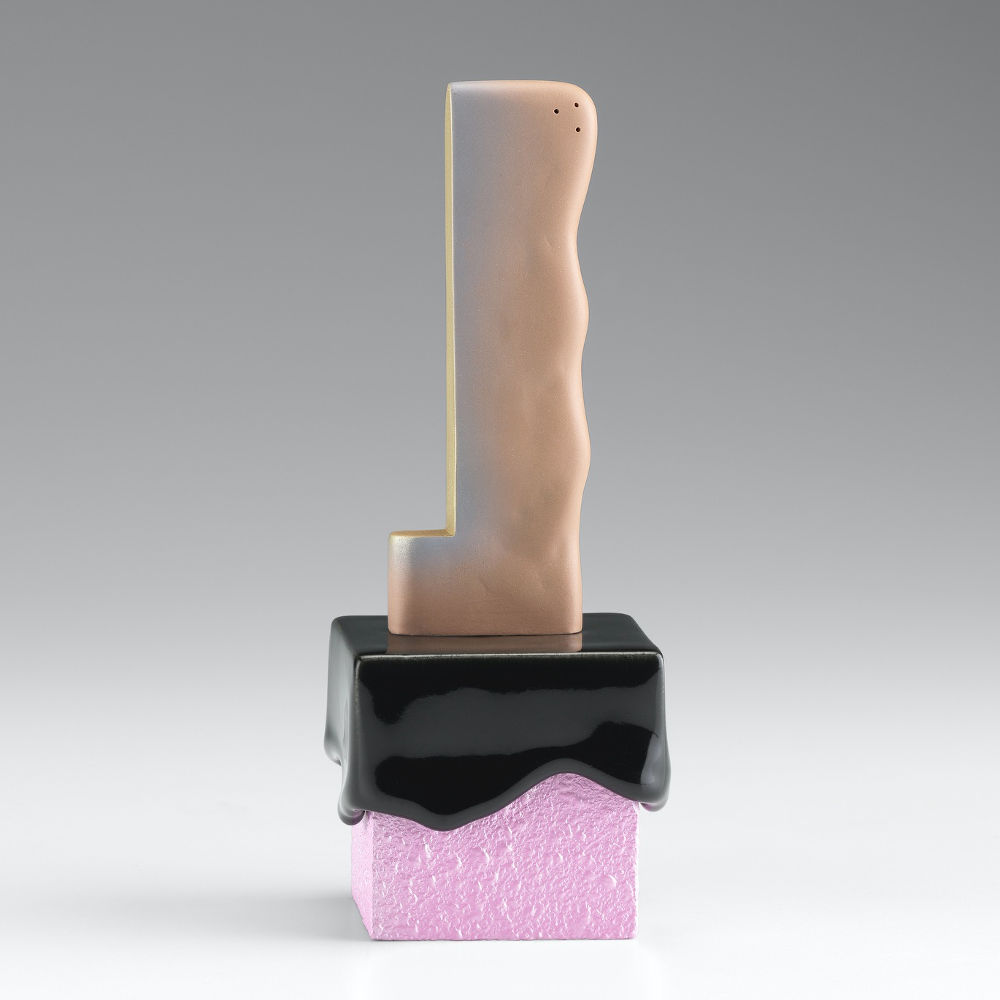 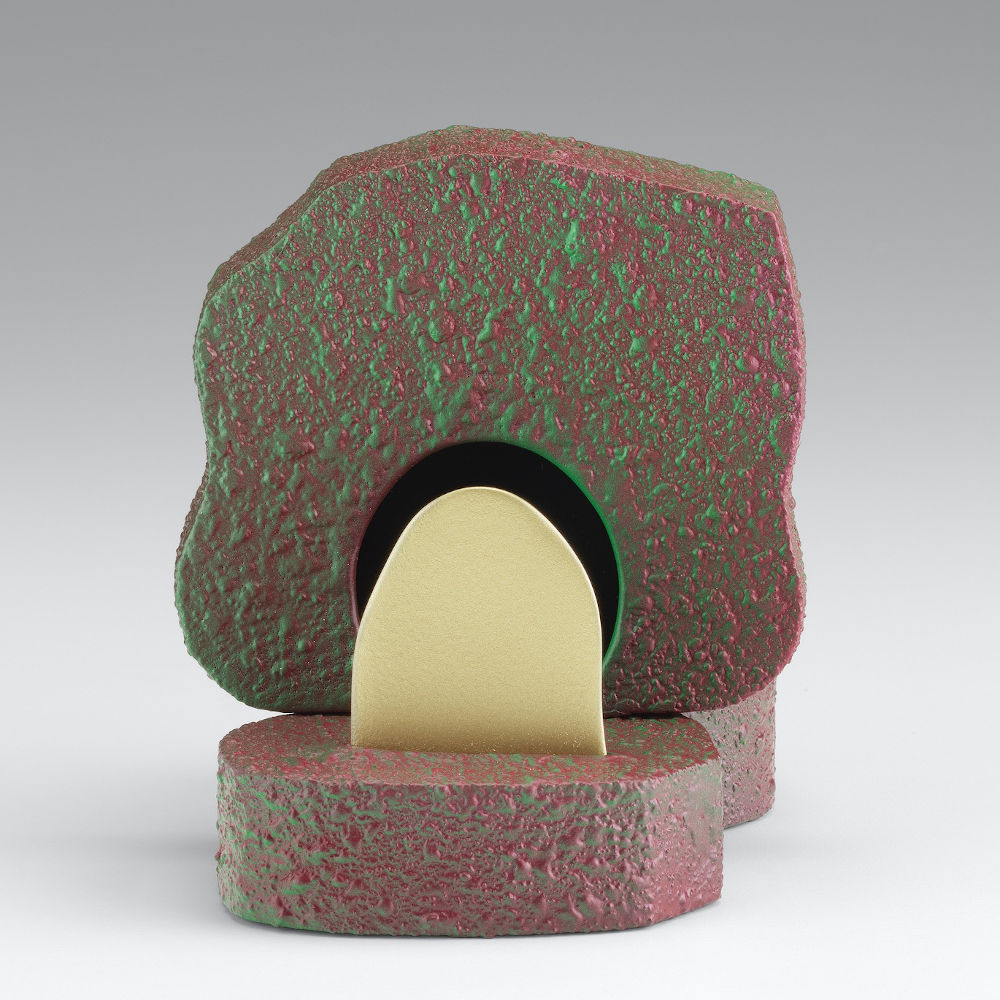 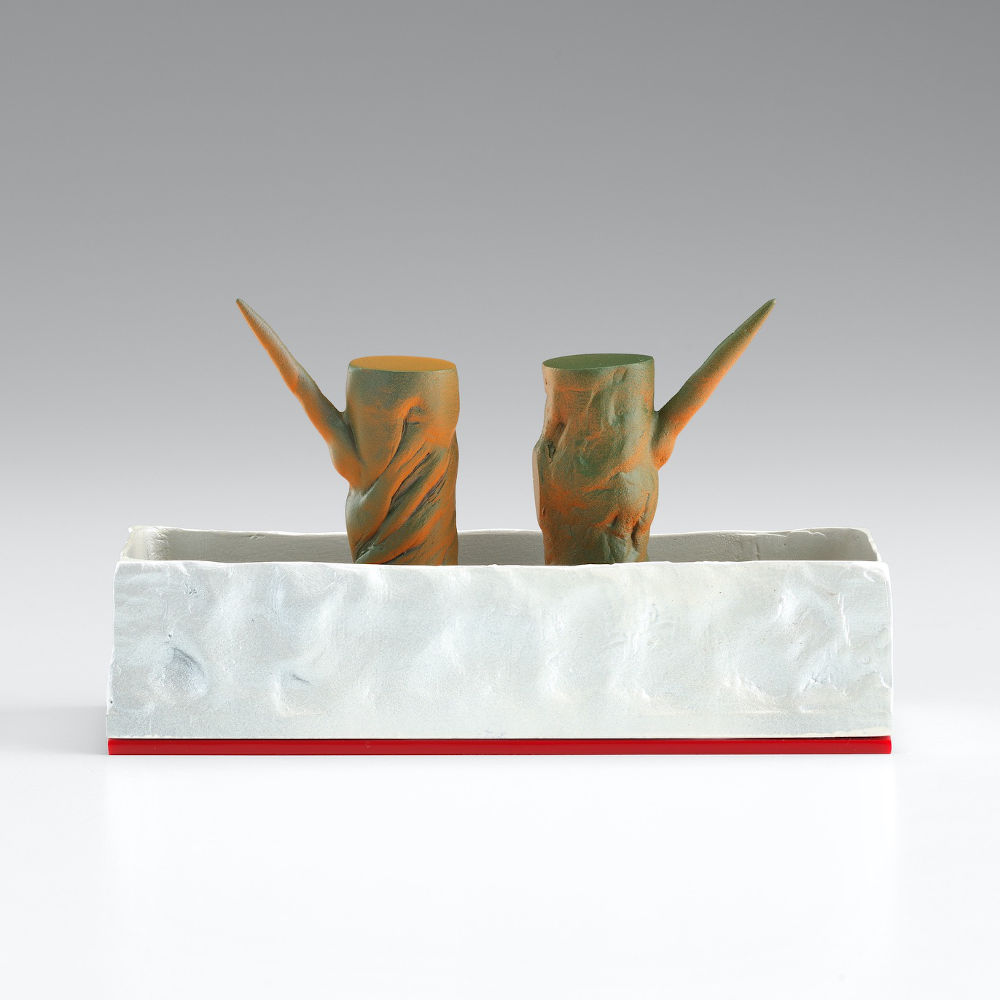 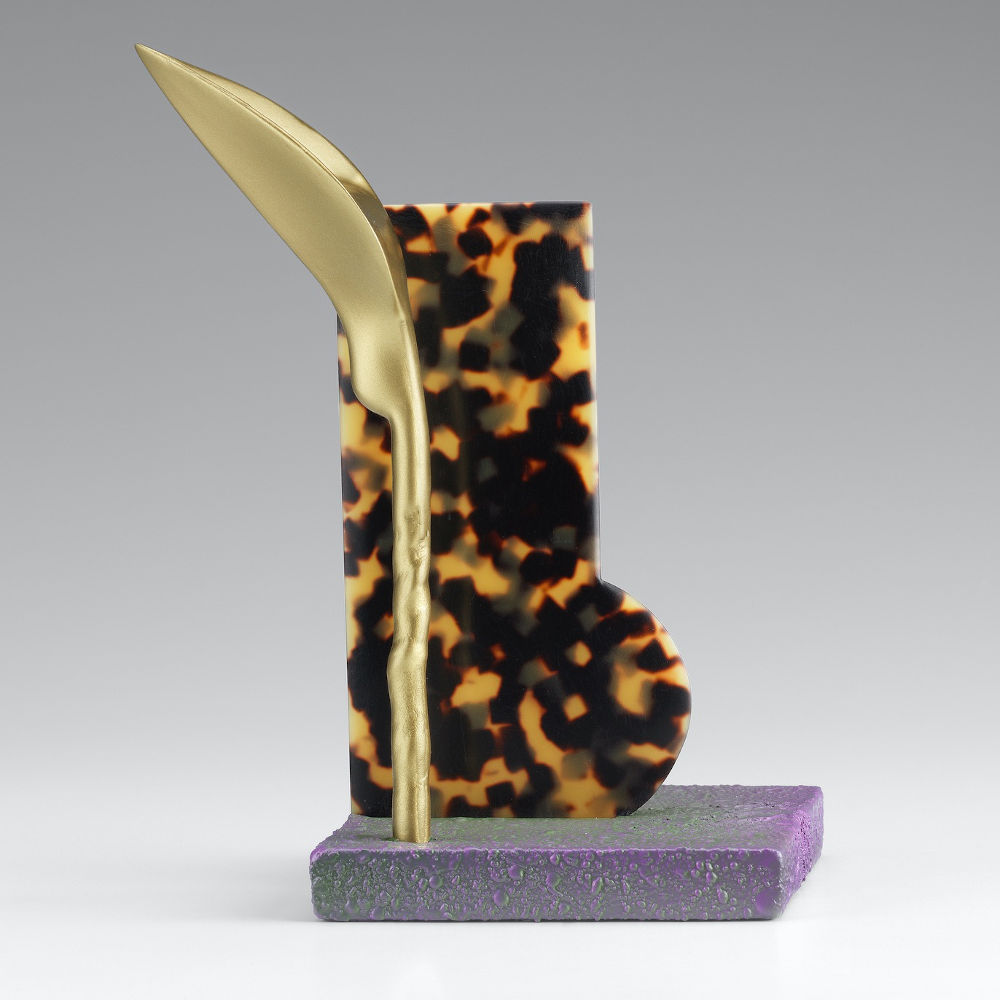 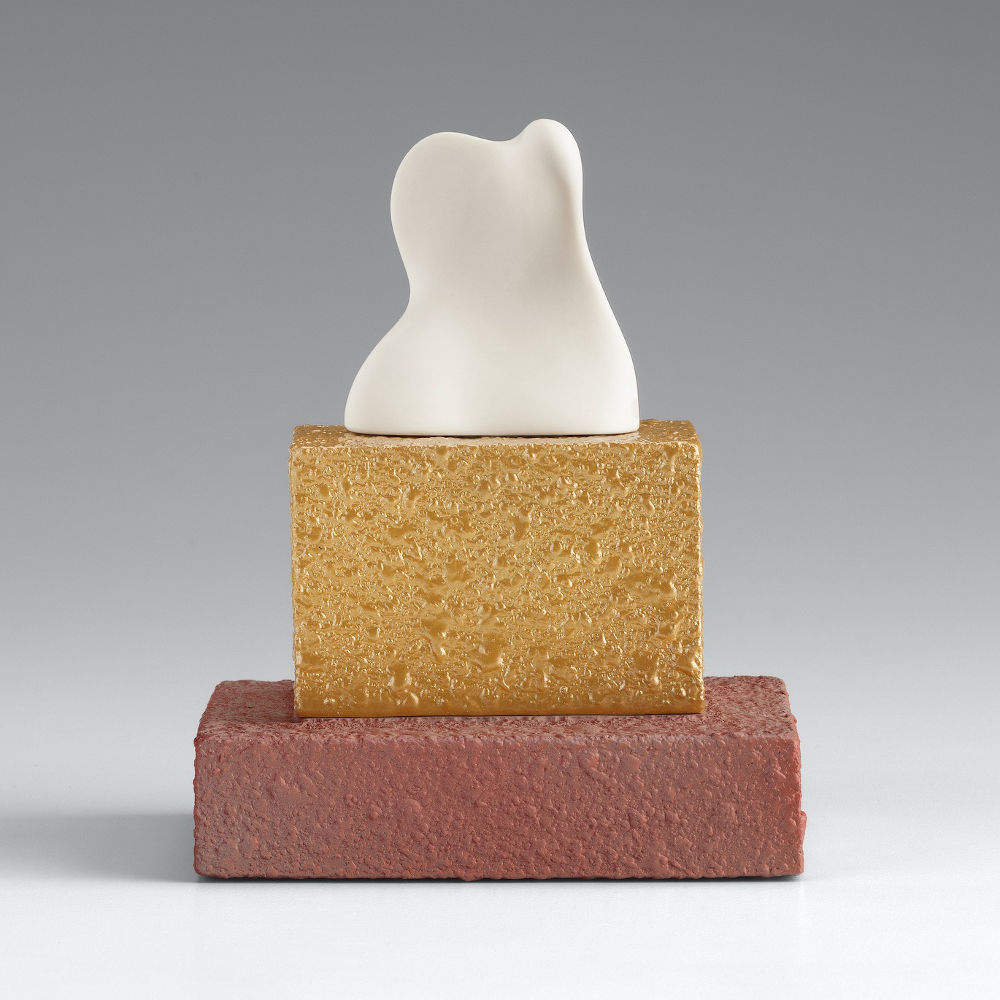 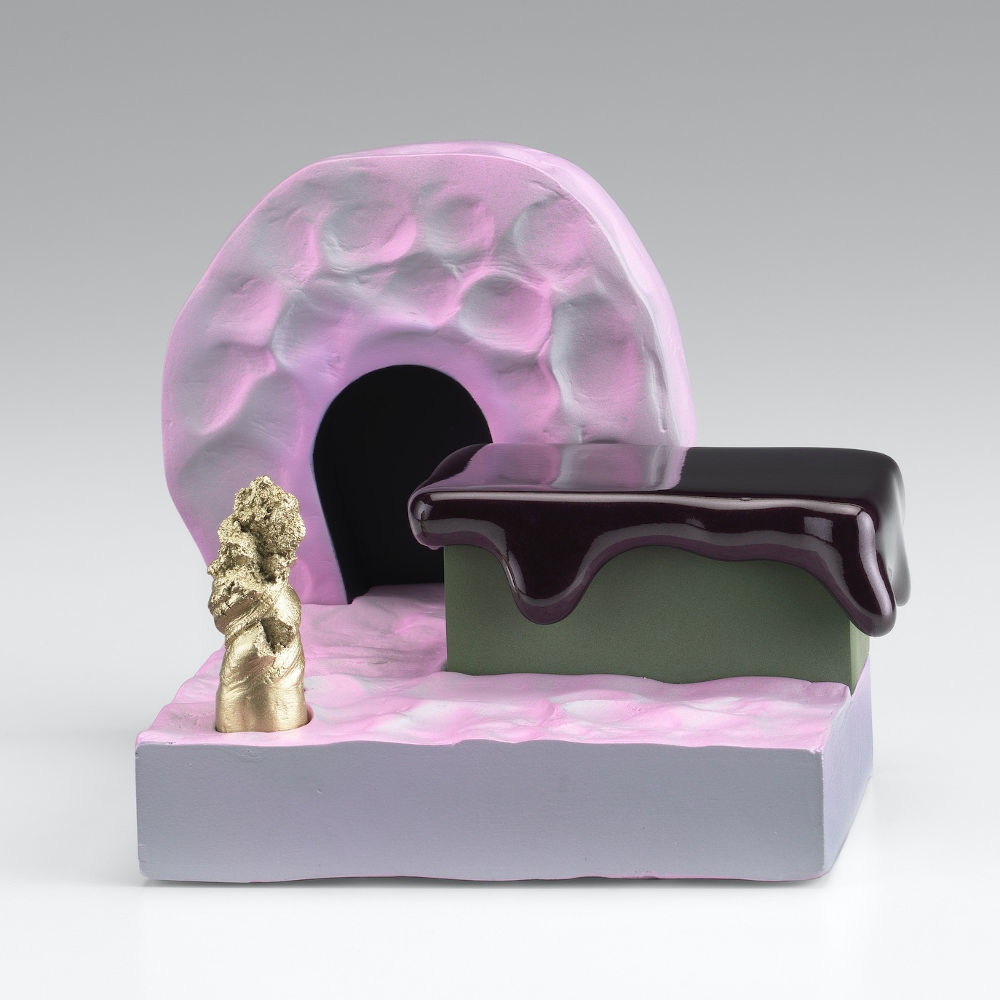 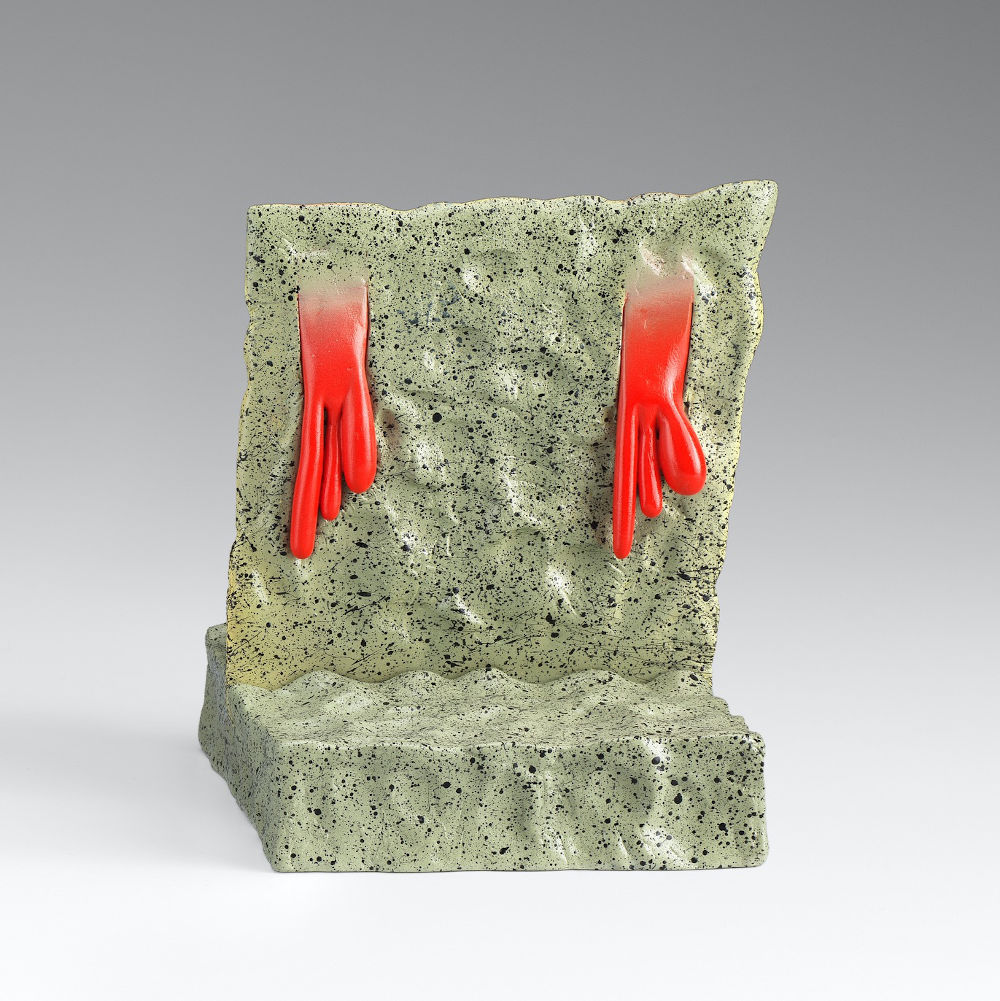 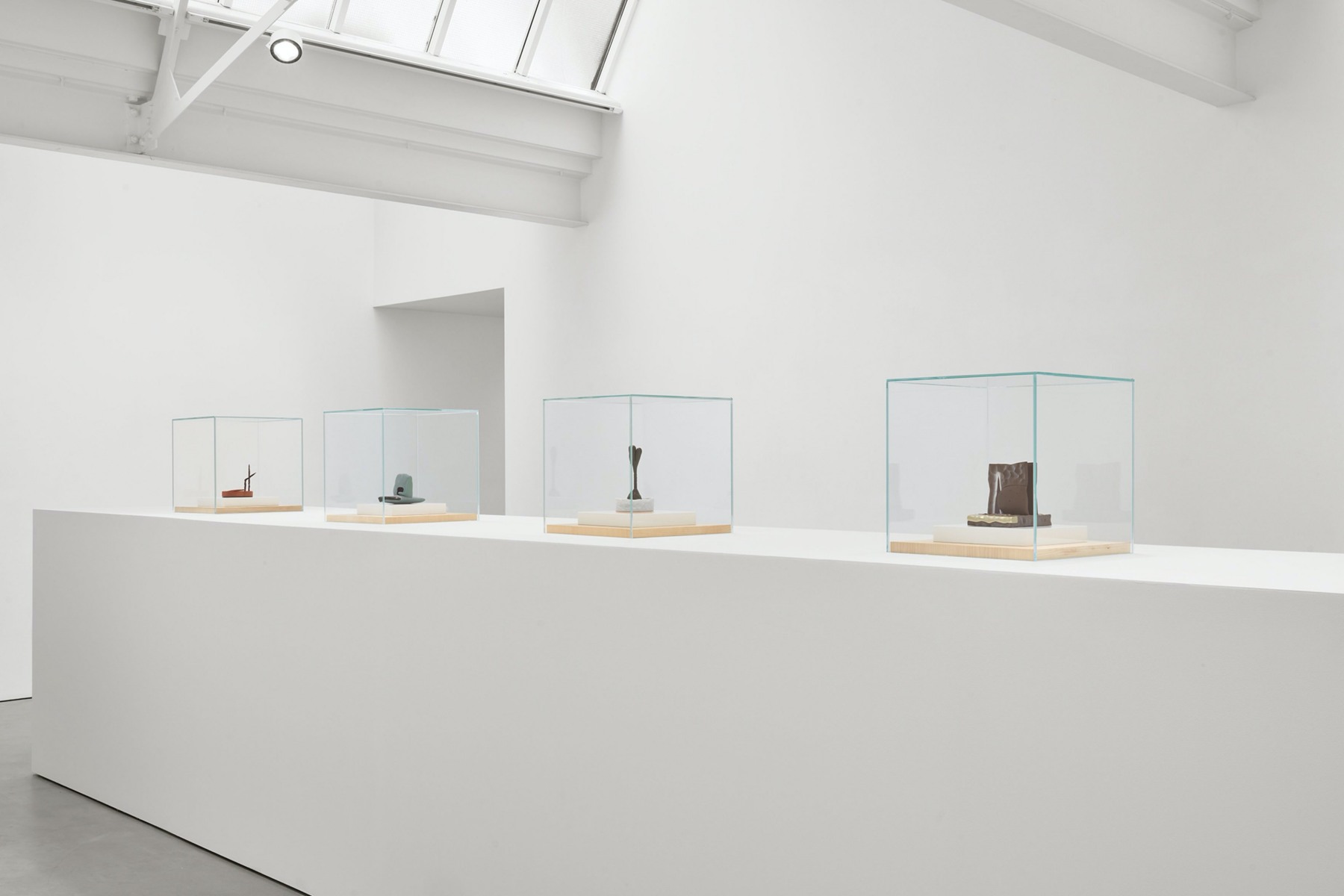 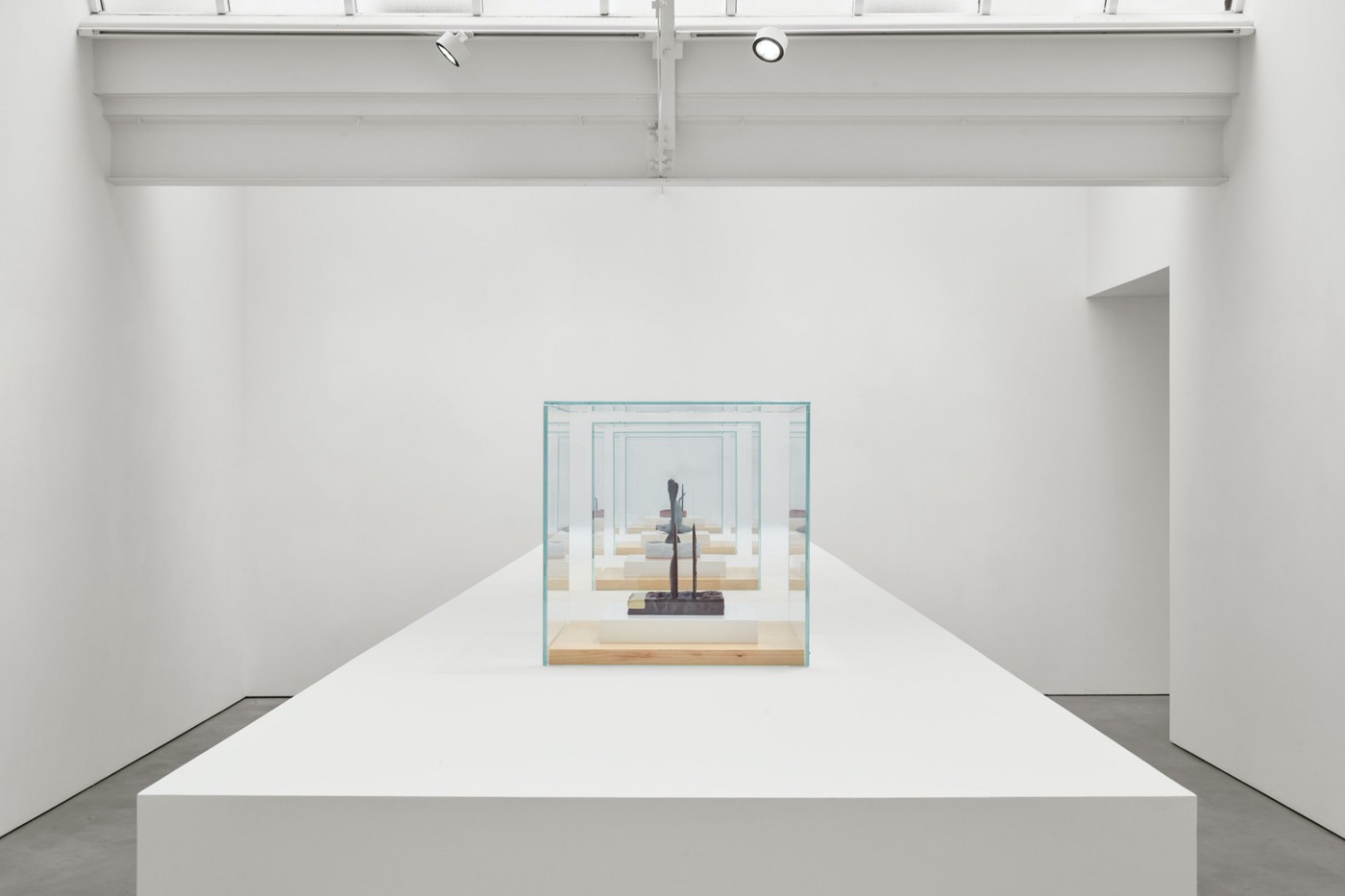 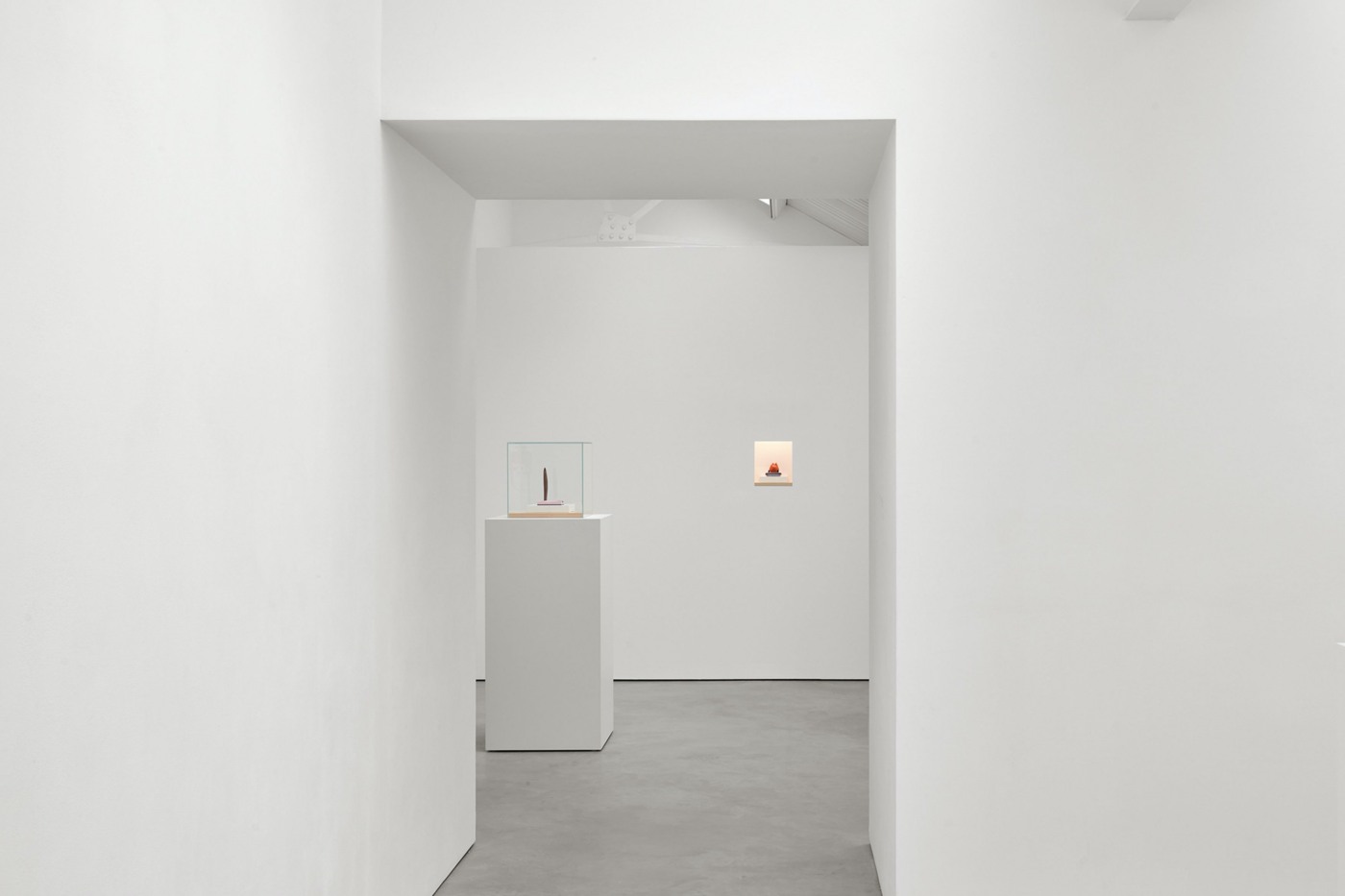 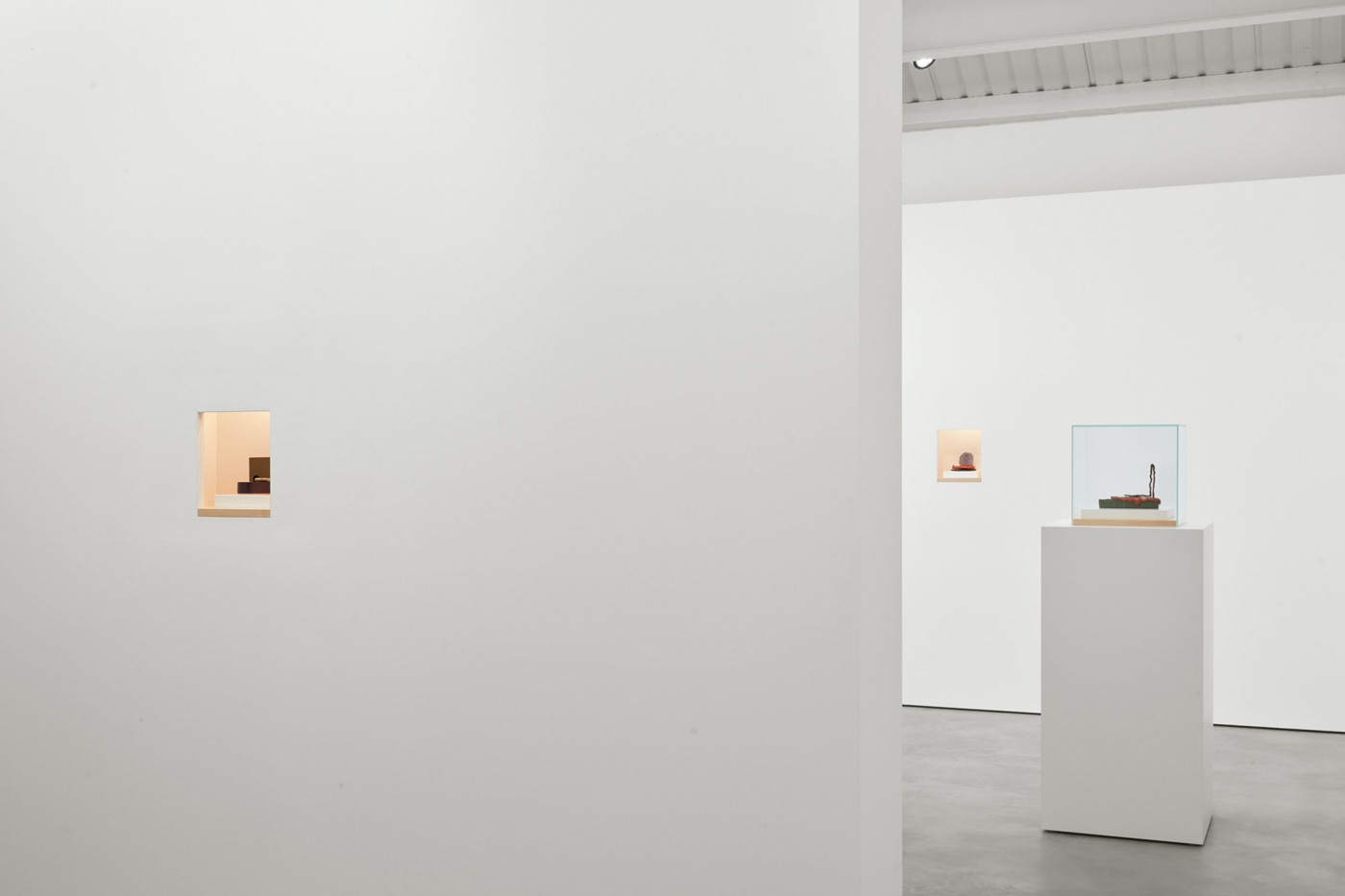 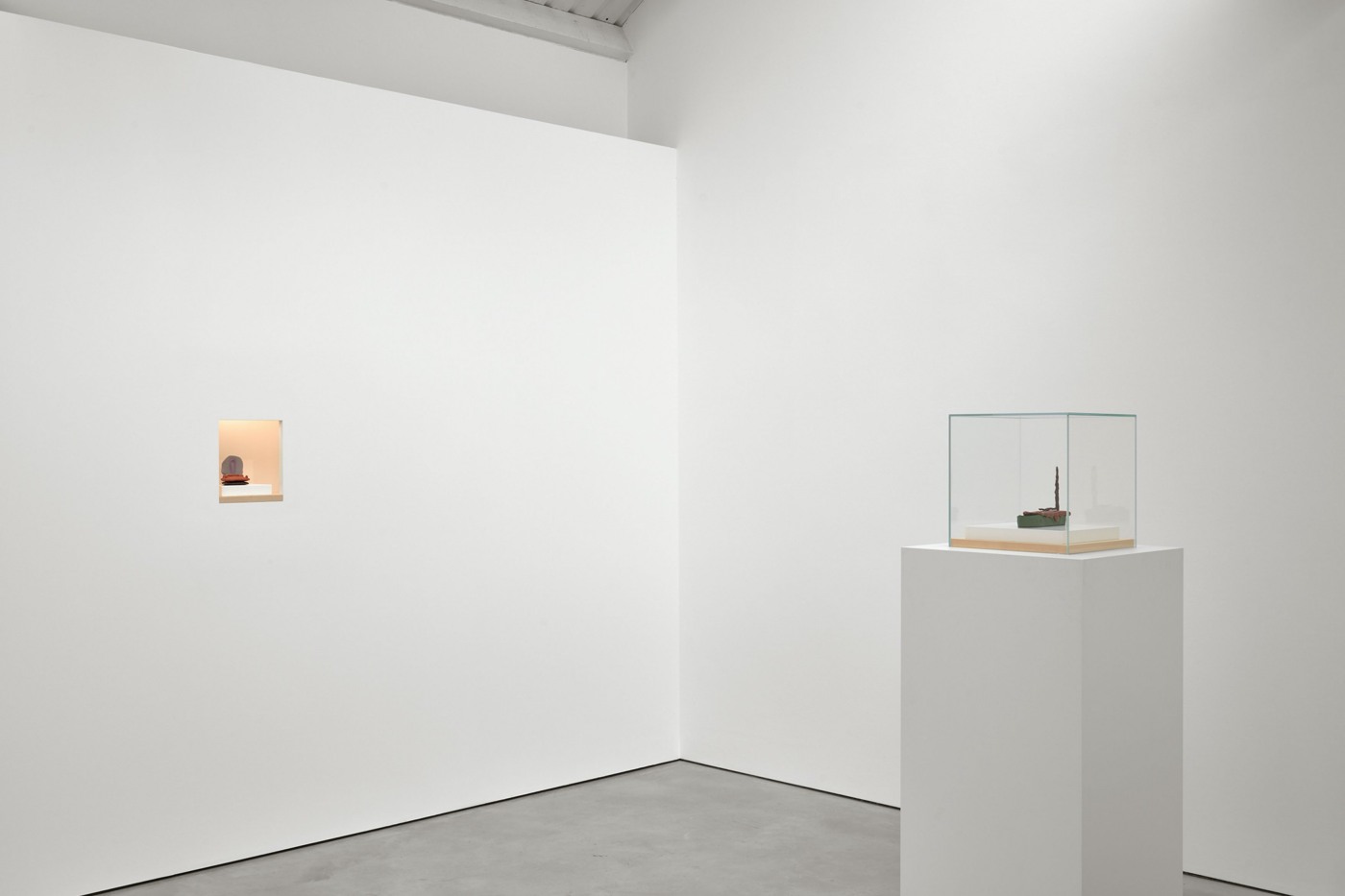 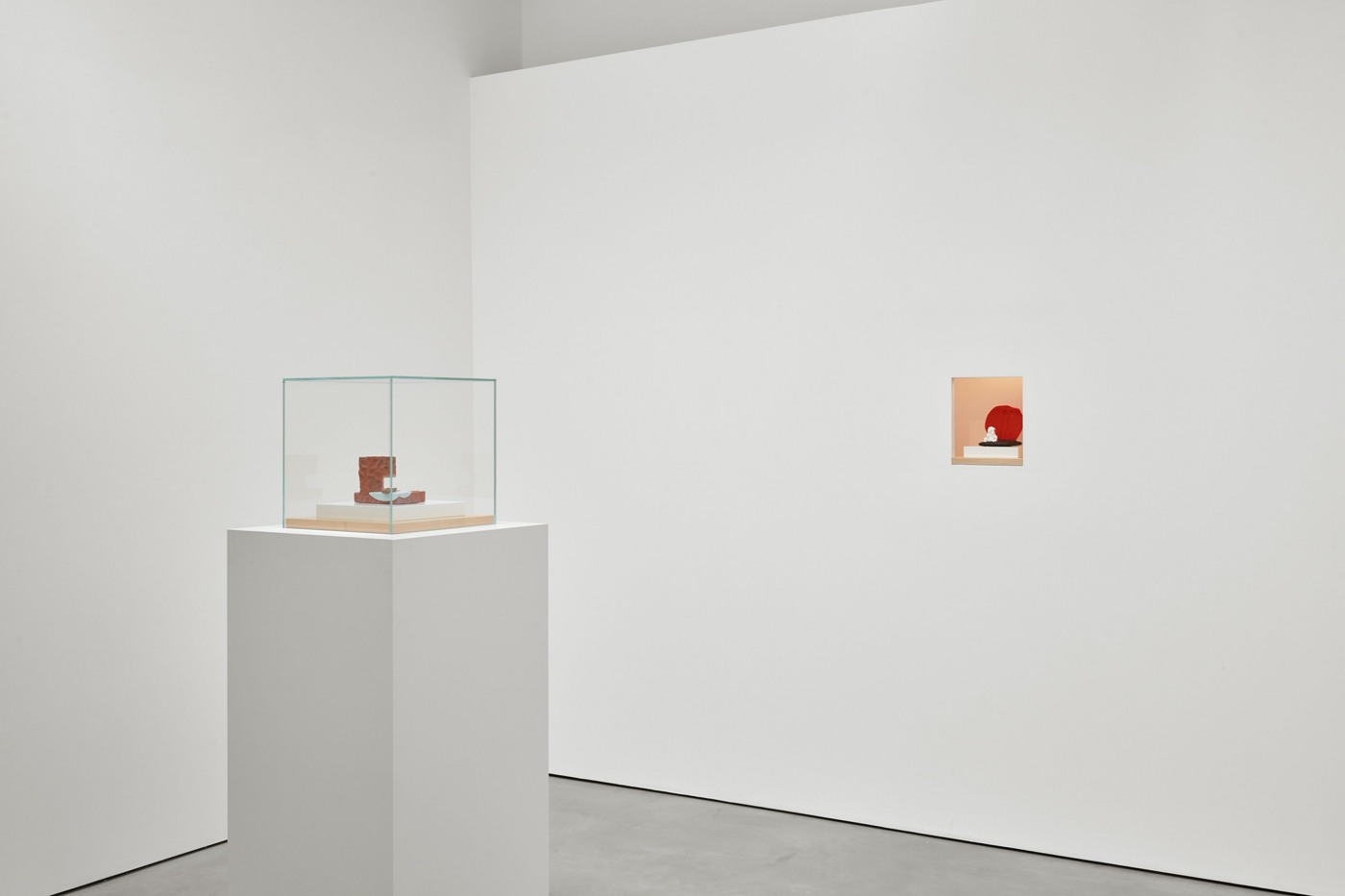 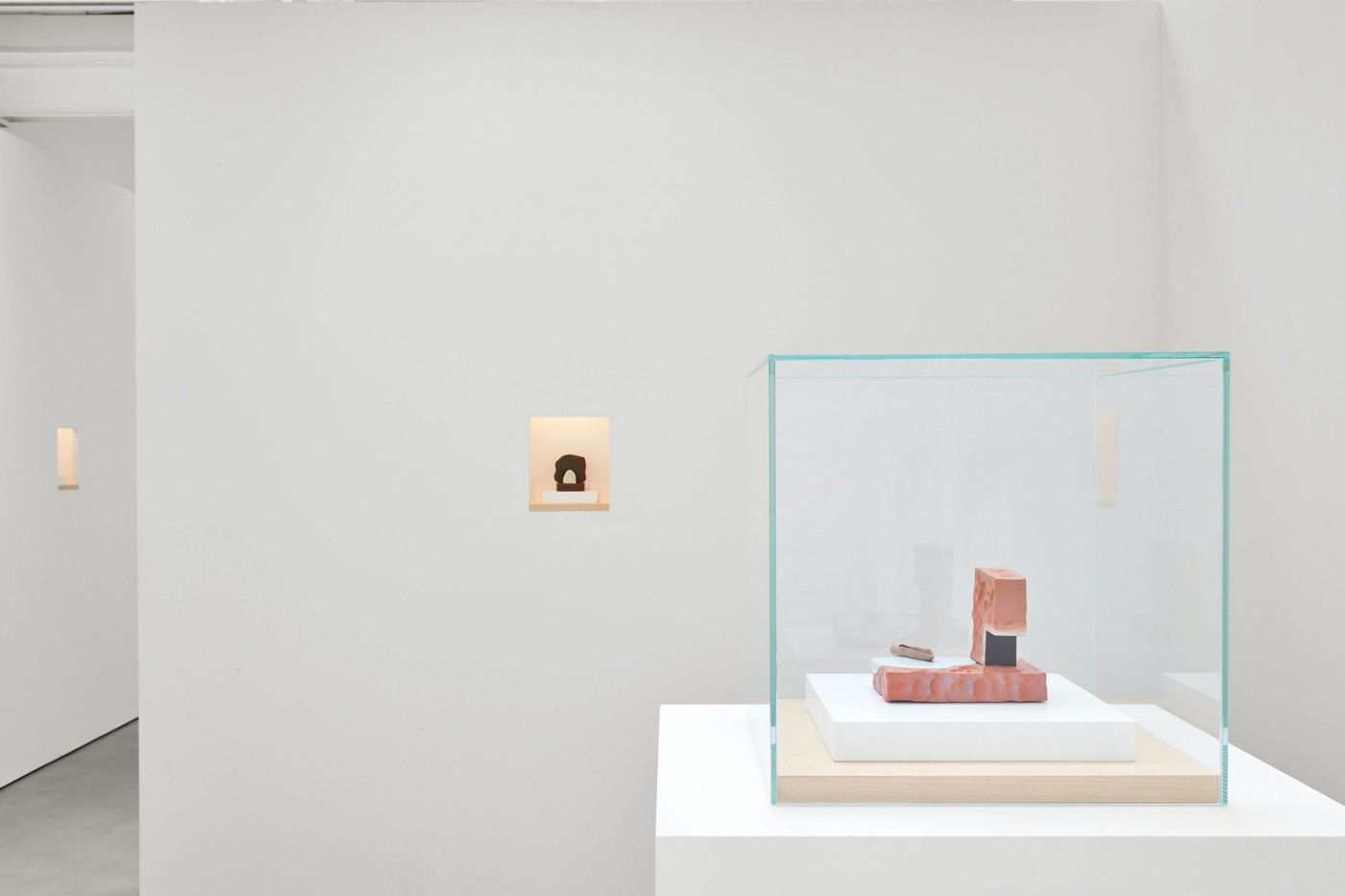 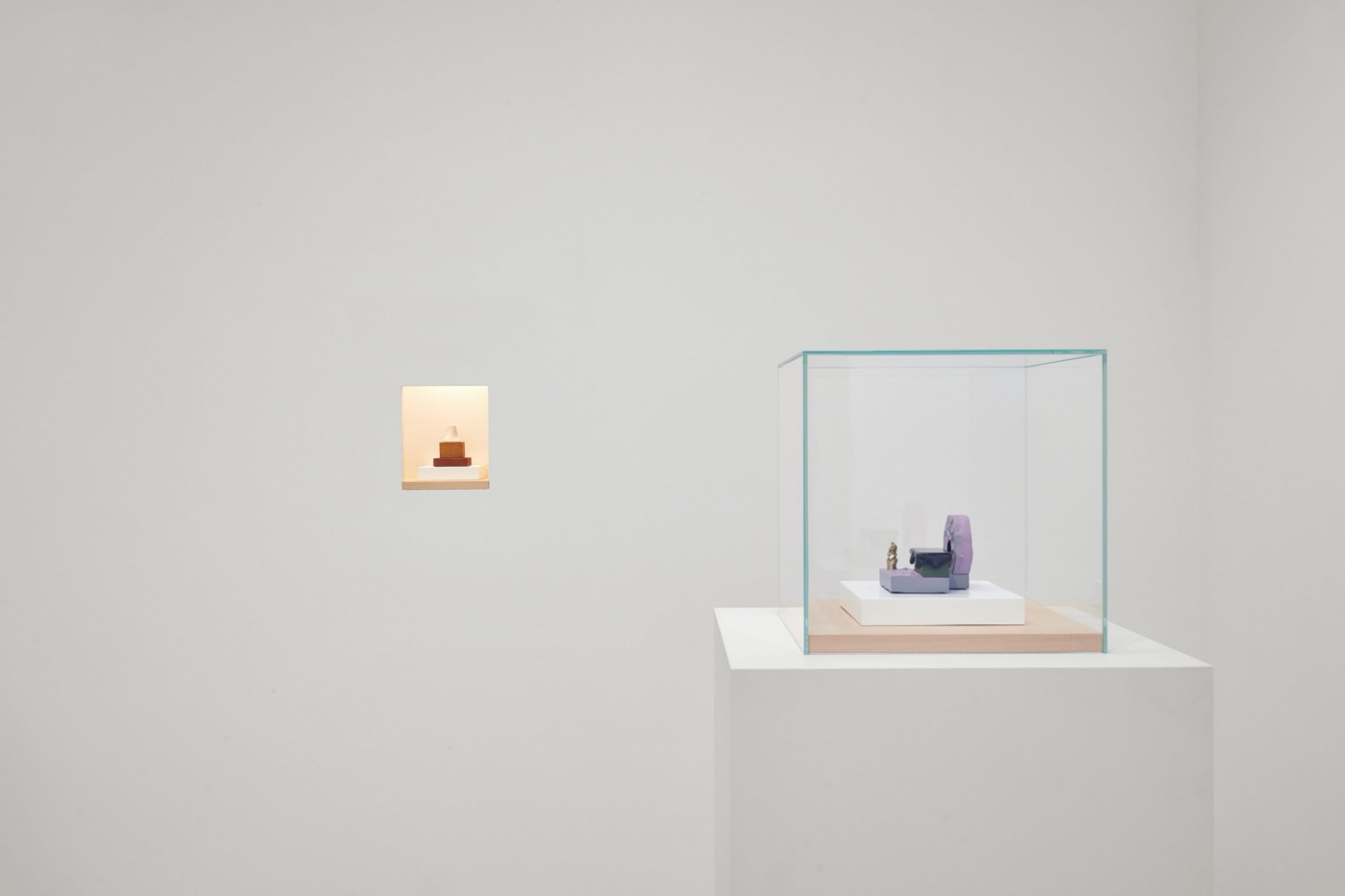 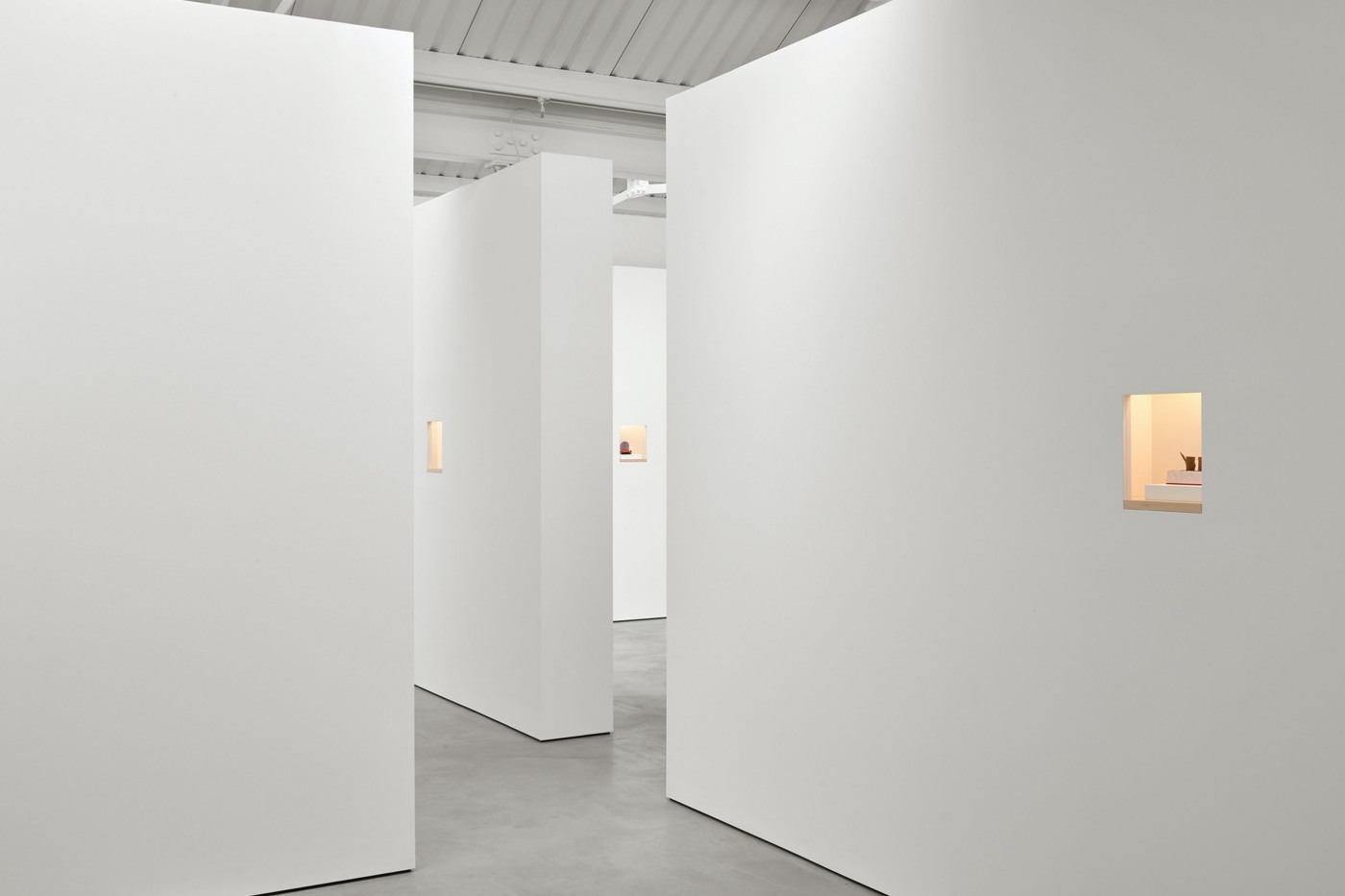 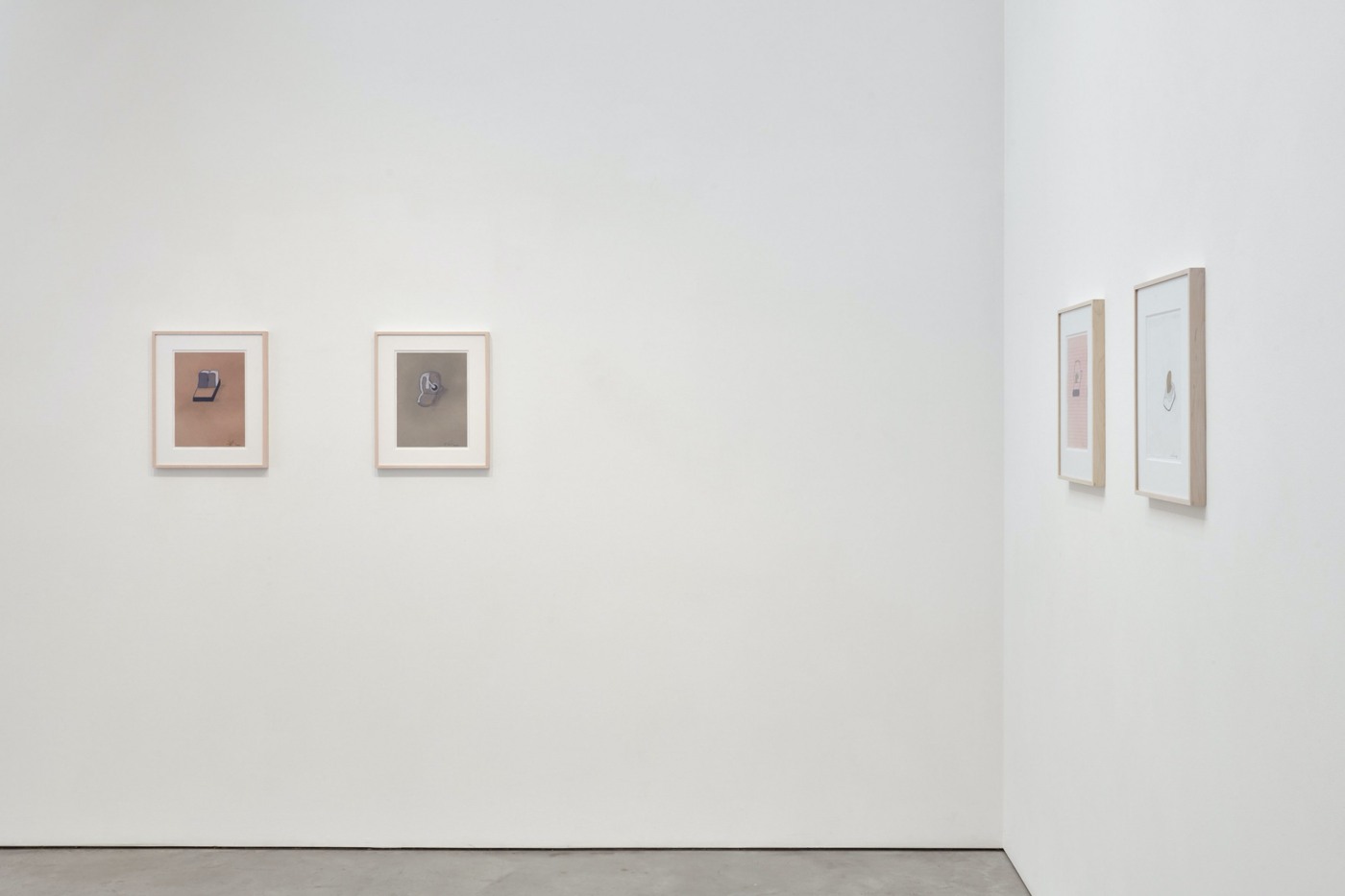 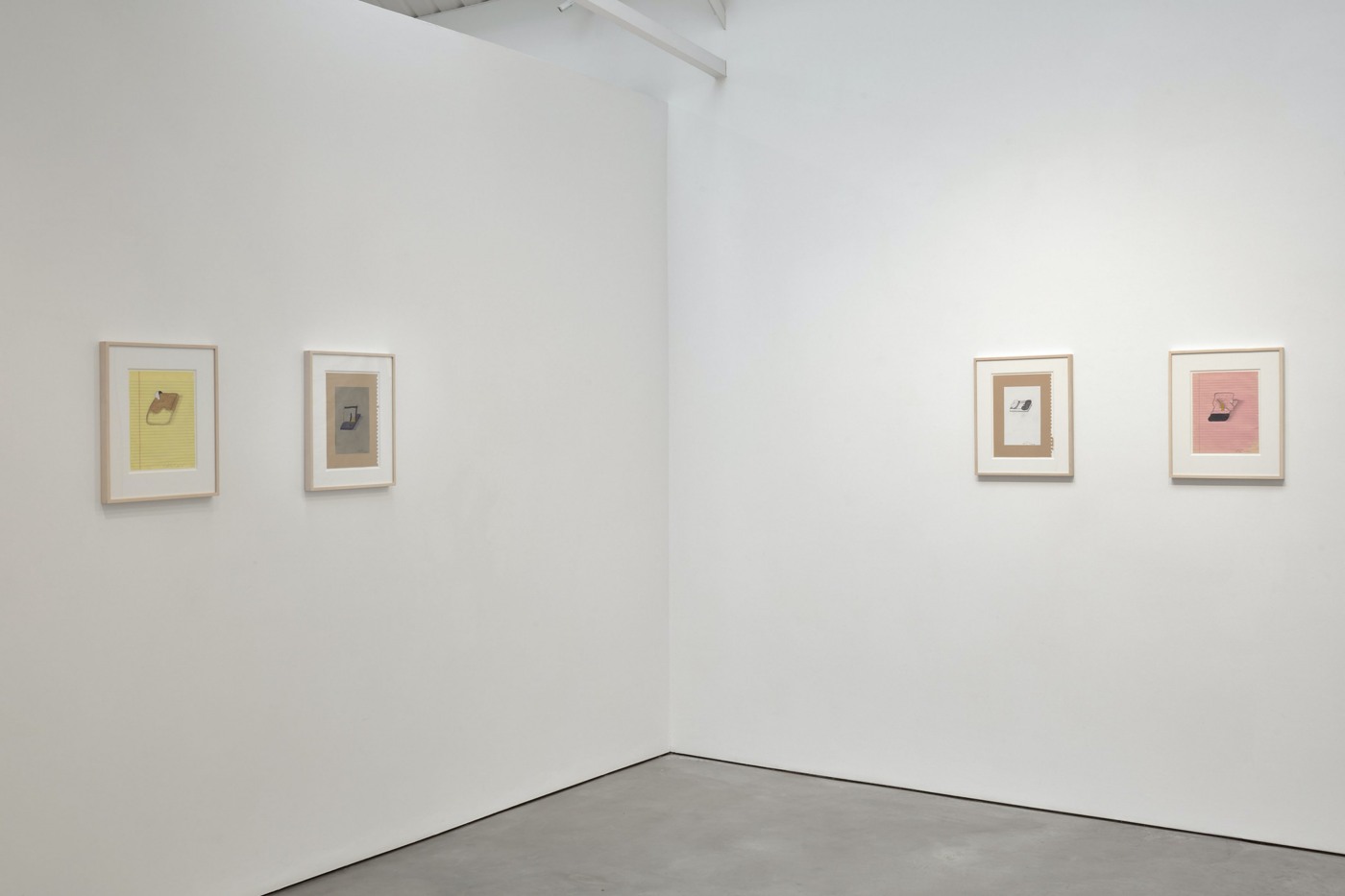 Ron Nagle’s sculptures might measure only the size of a clenched fist, but their intricate, dynamic panoramas evoke planetary domains. Stuccoed façades meet twiggy appendages, while slick, oily layers ooze over the sharp edges of perfect, geometric blocks. Meticulously crafted out of arrangements of texturally and formally contrasting elements, Nagle’s abstractions are both other-worldly and entirely of this one: they evoke a range of influences reaching between mid-century hot-rod cars of the US West Coast, and the composite sensibility of Japanese shibui and wabi-sabi. His new works for Modern Art oscillate between conveying a sense of interior and exterior. They may at once appear loosely like still-life landscapes – conveying a sense of the familiar outdoors – and at the same time describe something as specific as the details of the internal architecture of an unknown place, as though plucked from a dream.

Mixing traditional materials such as ceramic and porcelain with epoxy resin and catalysed polyurethane, Nagle’s works attain an almost impossible physical quality, their indefinability echoed in the deft wit of their titles, such as ‘Vapor Caper’ or ‘Curly Centurion’. Contained within their making are references to art history, such as the work of Lucio Fontana, Giorgio Morandi, Phillip Guston and George Herriman, but it is perhaps more apt to consider Nagle’s works within the context of his musical mind. In this sense, each sculptural composition is akin to a finely tuned synthesis of overlapping notes, vibrations, textures, tones and words; the final whole always something entirely stranger and more affecting than the sum of its parts.

Ron Nagle’s career spans several decades. After high school, at which time Nagle first began to work with ceramics, he apprenticed with abstract expressionist sculptor Peter Voulkos in Berkeley California in the 1960s. It was during this seminal period that he began to formulate a sculptural practice of ceramics as conceptual rather than decorative objects. Following this apprenticeship his work began to be shown alongside that of Voulkos, Ken Price and John Mason, whose influence on the redefinition of ceramics as a fine art medium became known as the California Clay Movement. Since then, Nagle’s work has advanced to combine traditional materials with cutting edge techniques, his evolving oeuvre maintaining an important contribution to the discourse of contemporary abstract sculpture.

Since the late 1960s Ron Nagle’s work has been the subject of numerous solo museum exhibitions, including the Fridericianum in Kassel, Secession in Vienna, Austria, the Carnegie Museum of Art in Pittsburgh, the Museum Boijmans Van Beuningen in Rotterdam, and the San Diego Museum of Art. His work was included in the 55th Venice Biennale’s central exhibition, The Encyclopedia Palace, curated by Massimiliano Gioni in 2013. A solo exhibition of Nagle’s work is currently on show at the University of California, Berkeley Art Museum and Pacific Film Archive, and in September this year the Nouveau Musée National de Monaco will open a solo exhibition of his sculptures.

Ron Nagle’s acclaim is reflected in the numerous awards he has received. As well as being the recipient of three NEA Grants, he recently received an Honorary Doctorate from the San Francisco Art Institute. He was named a 2015 Guggenheim Fellow, and in 2011 received an American Academy Arts and Letters Award. His work is included in several prestigious collections, such as that of the Victoria & Albert Museum, San Francisco MoMA, The Metropolitan Museum, the Whitney Museum, and the De Young Museum, amongst others.

Throughout his artistic career Nagle has written music, releasing several albums of his own, including Bad Rice (1970; reissued in 2015), and Introducing the Many Moods of Ron Nagle (2018). In 1965, he founded the ‘The Mystery Trend’, a garage rock band, with a group of friends while at the San Francisco Art Institute. He has also contributed to several films with music and sound design, including The Exorcist and Cat People.

Ron Nagle was born in San Francisco in 1939, where he continues to live and work.
A new catalogue will be published by Modern Art to accompany the exhibition, featuring an essay by Dan Fox.