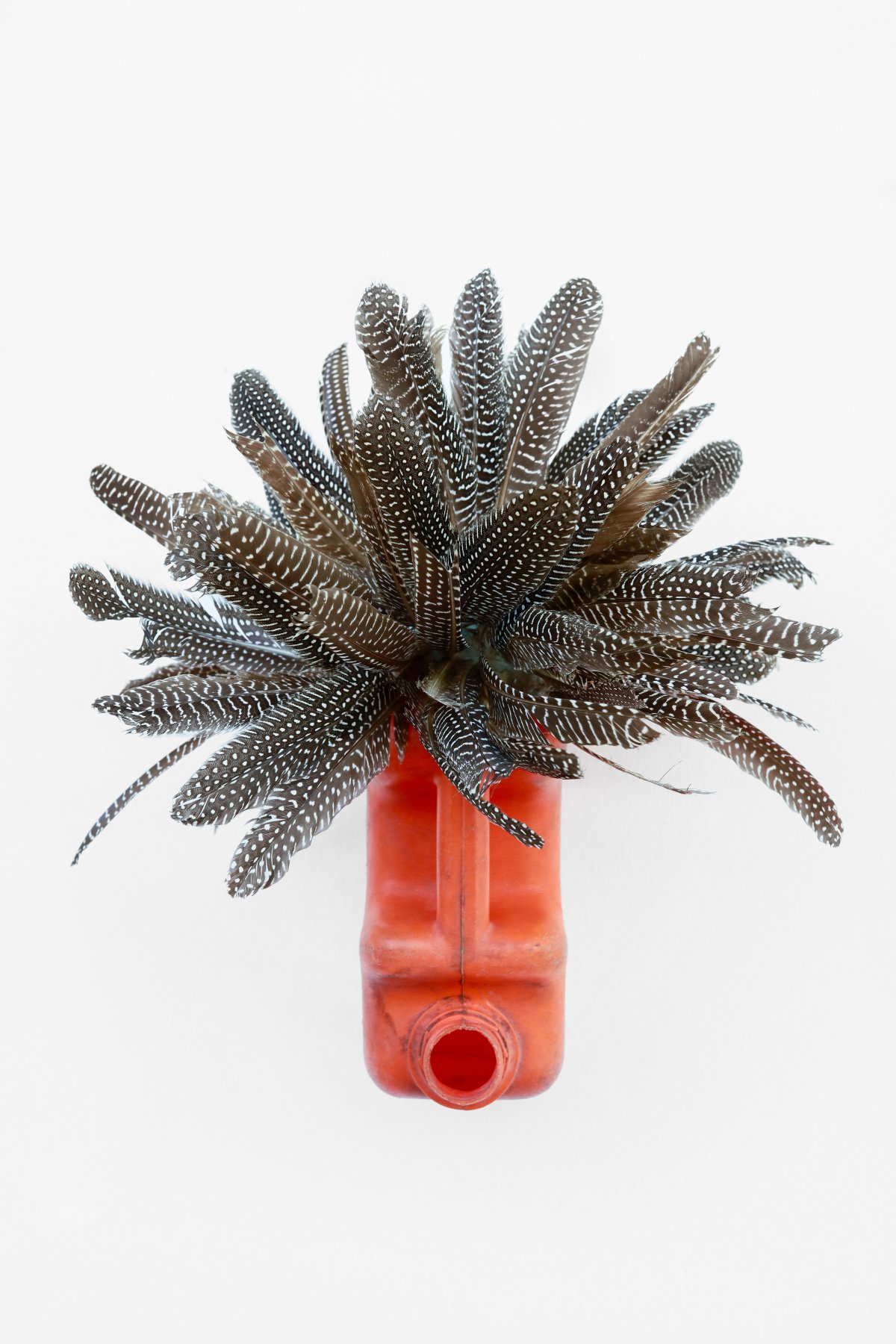 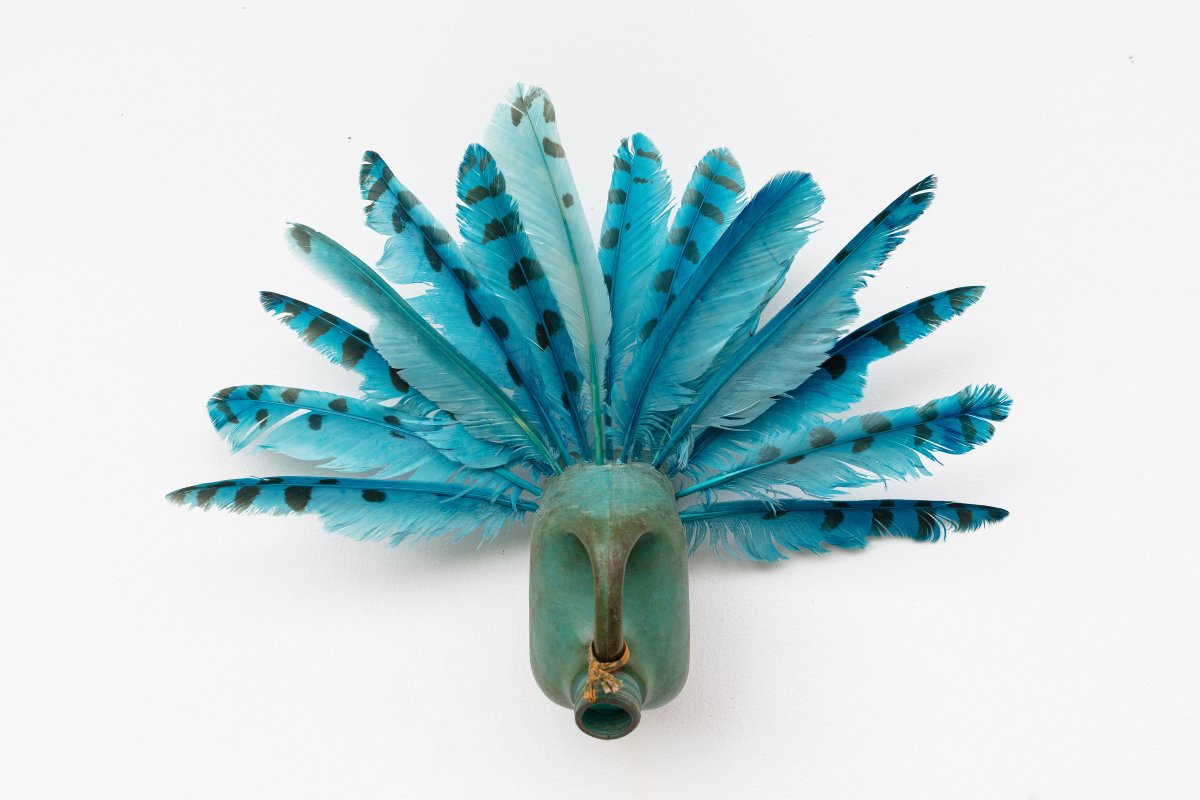 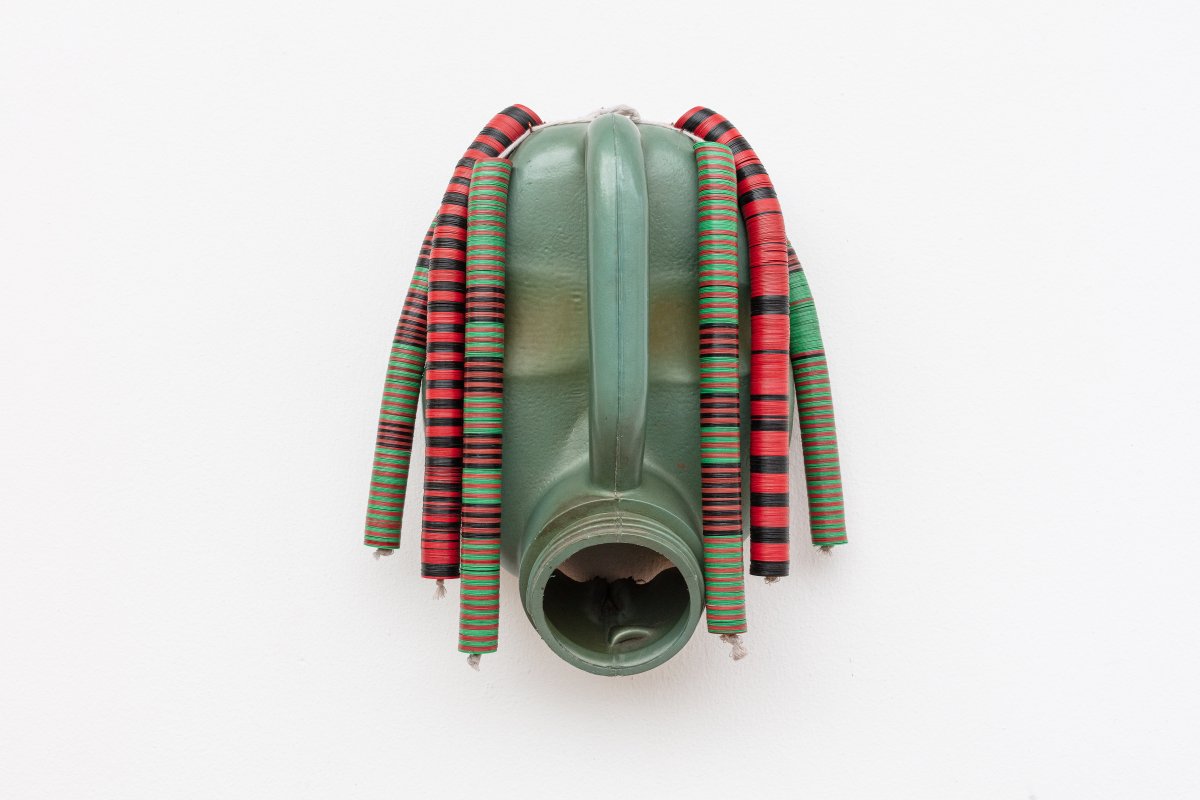 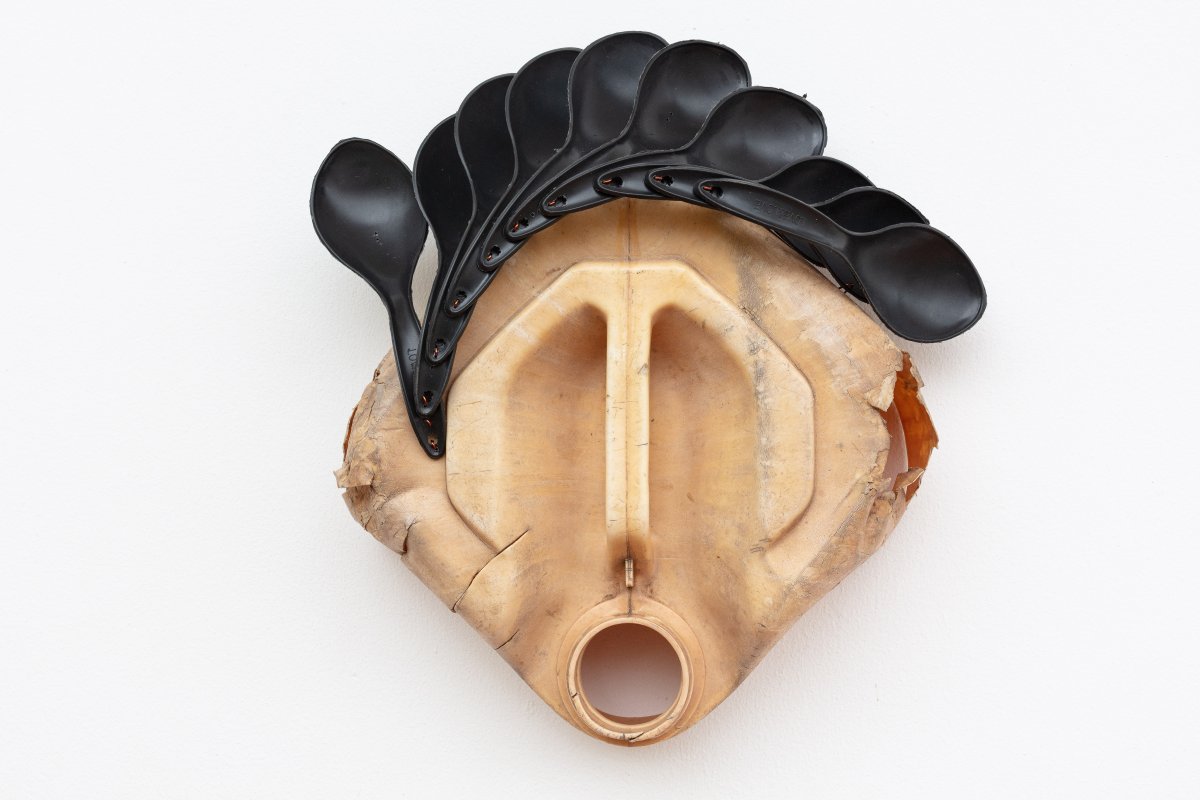 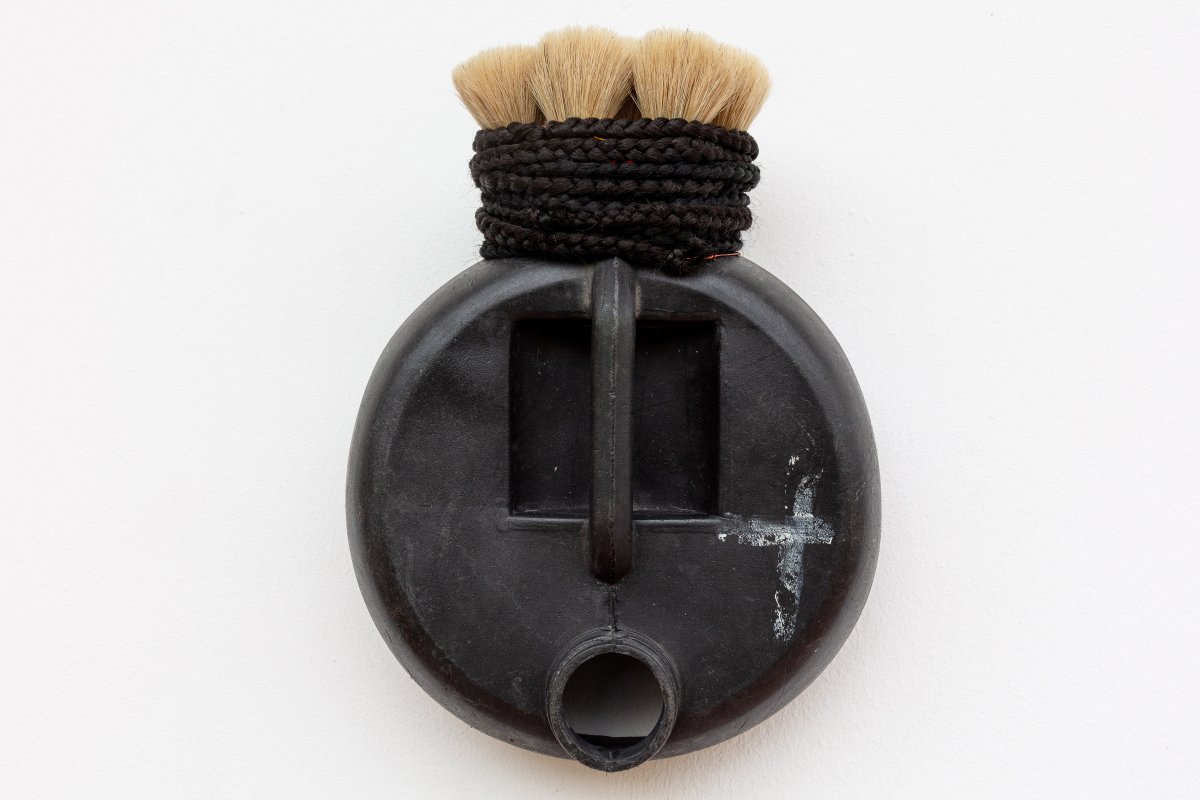 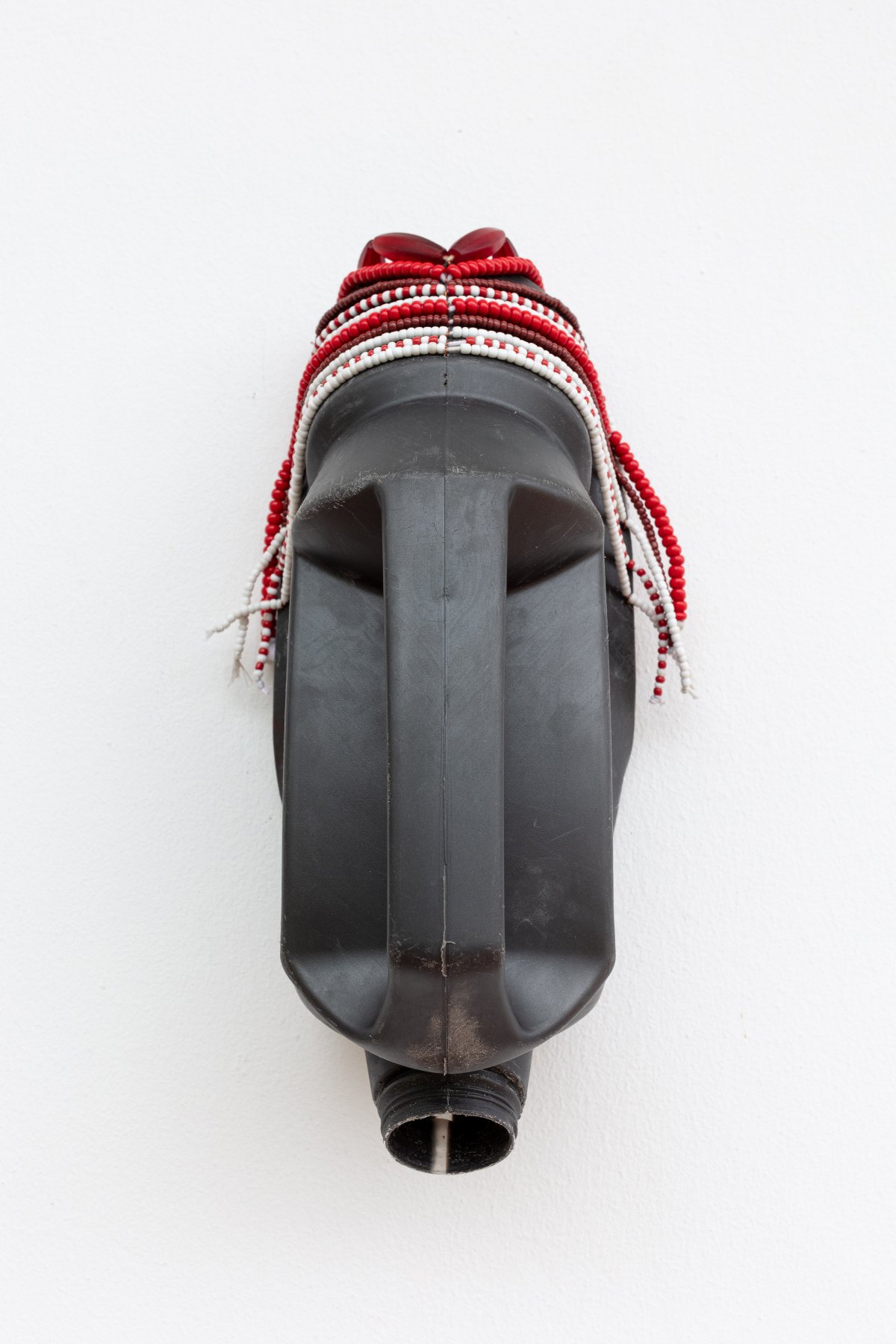 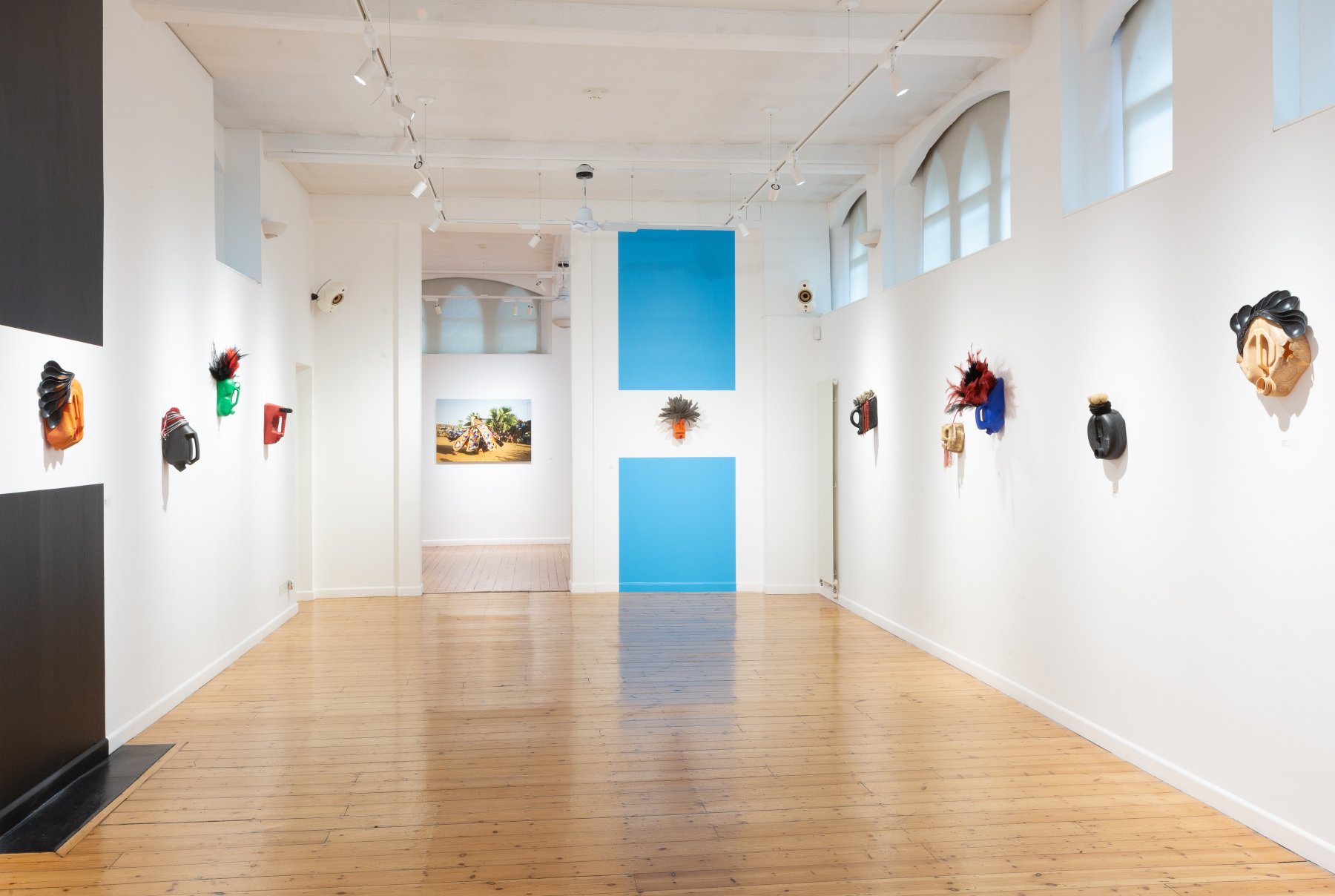 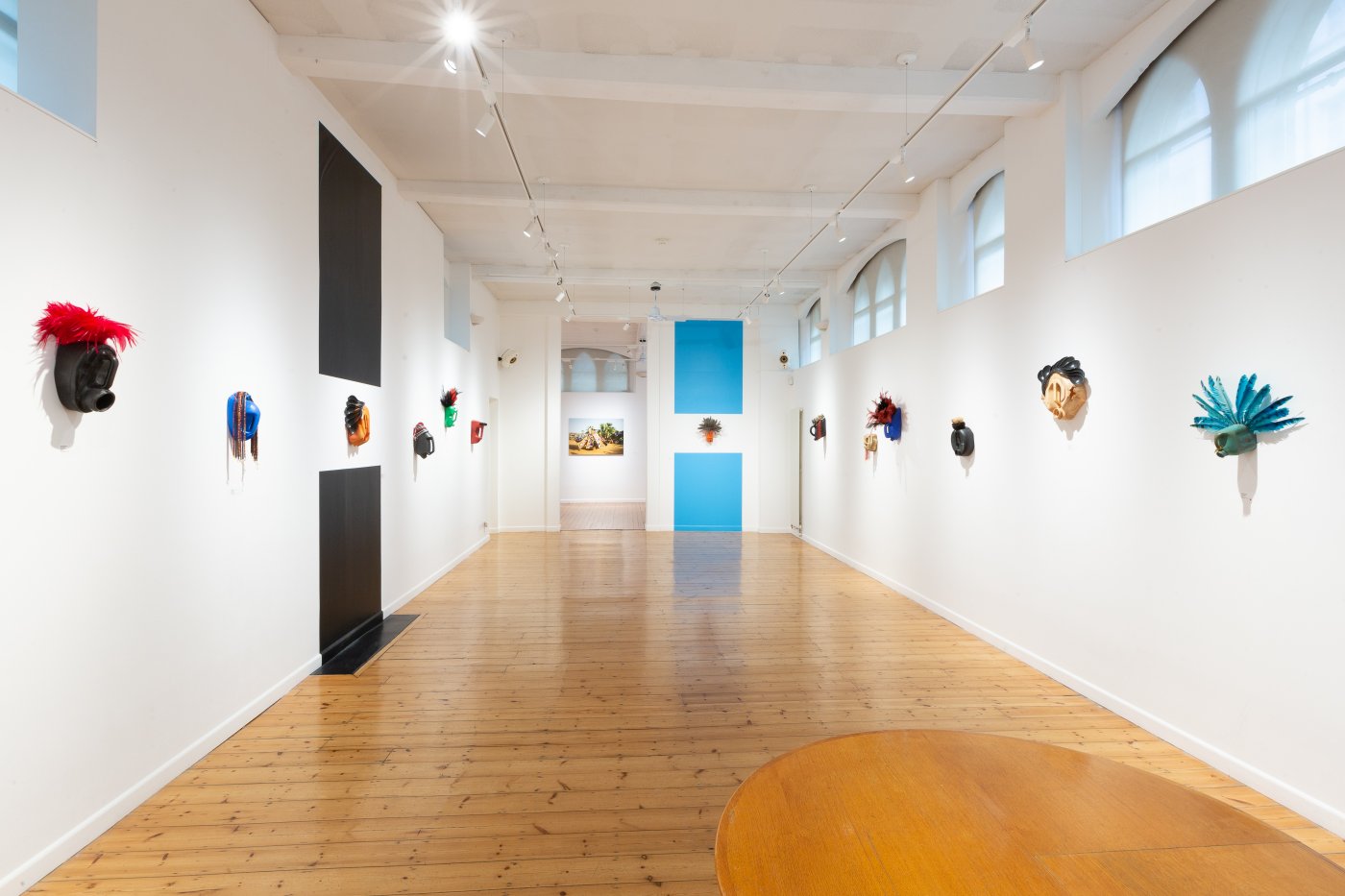 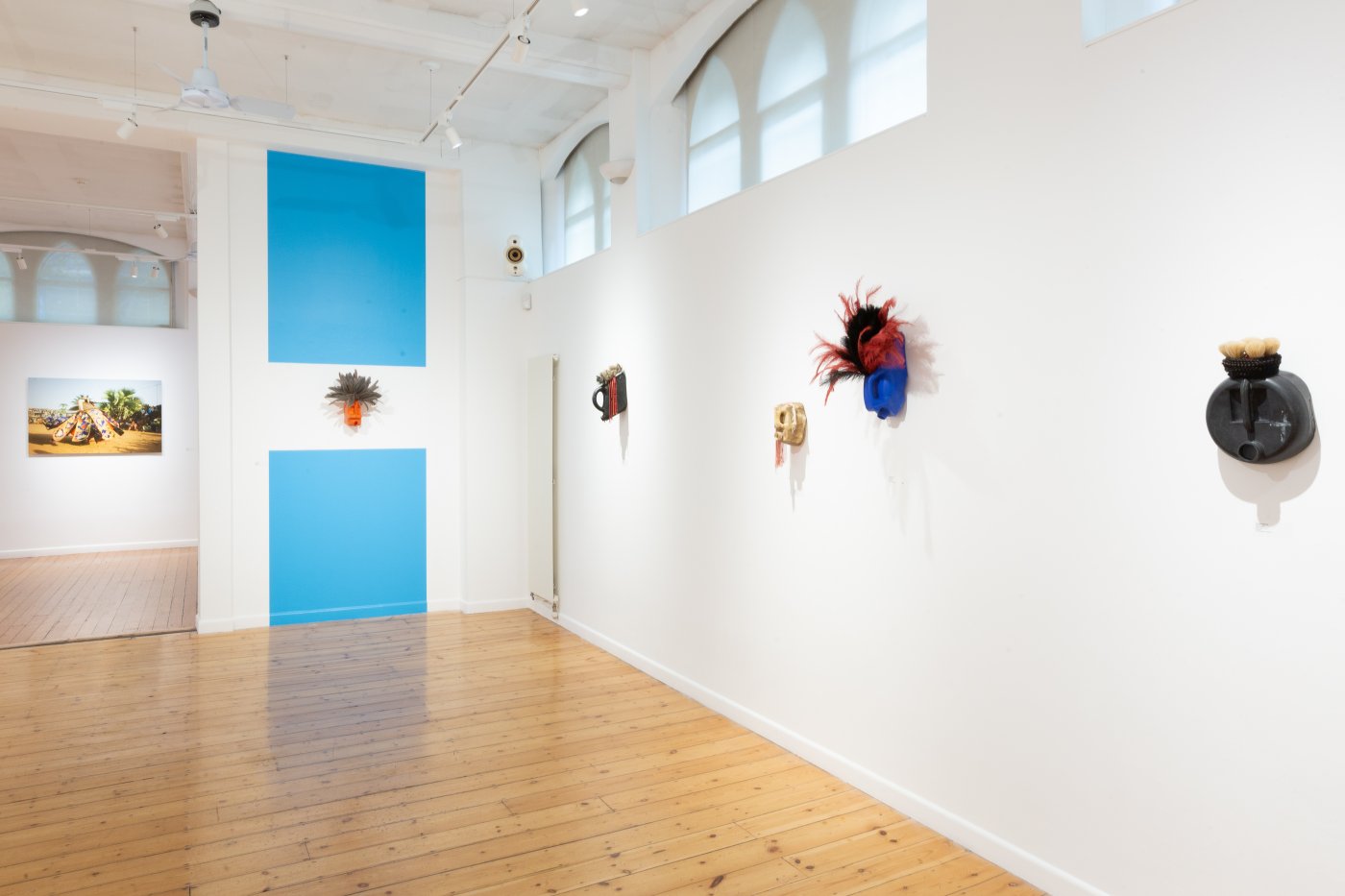 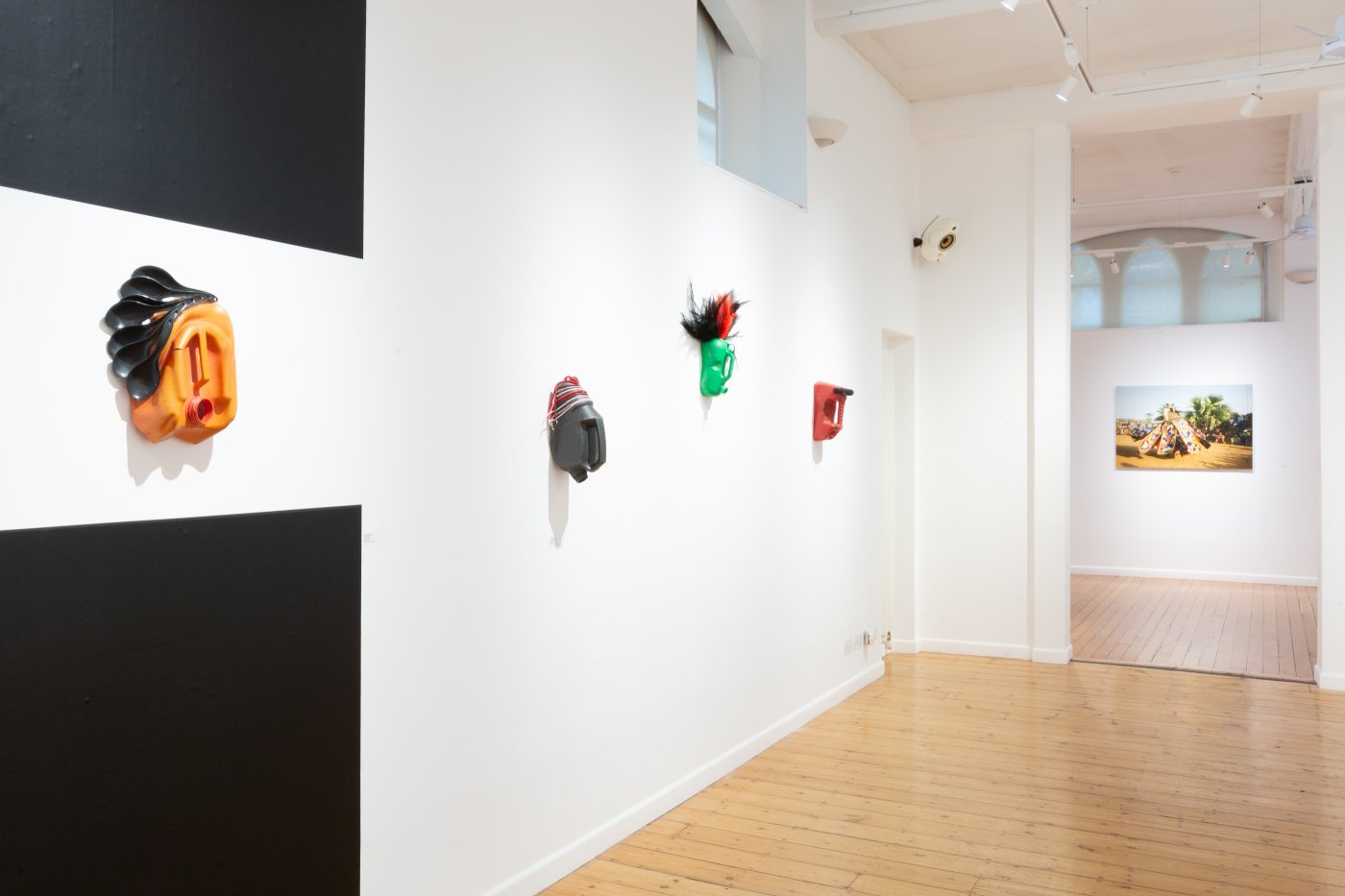 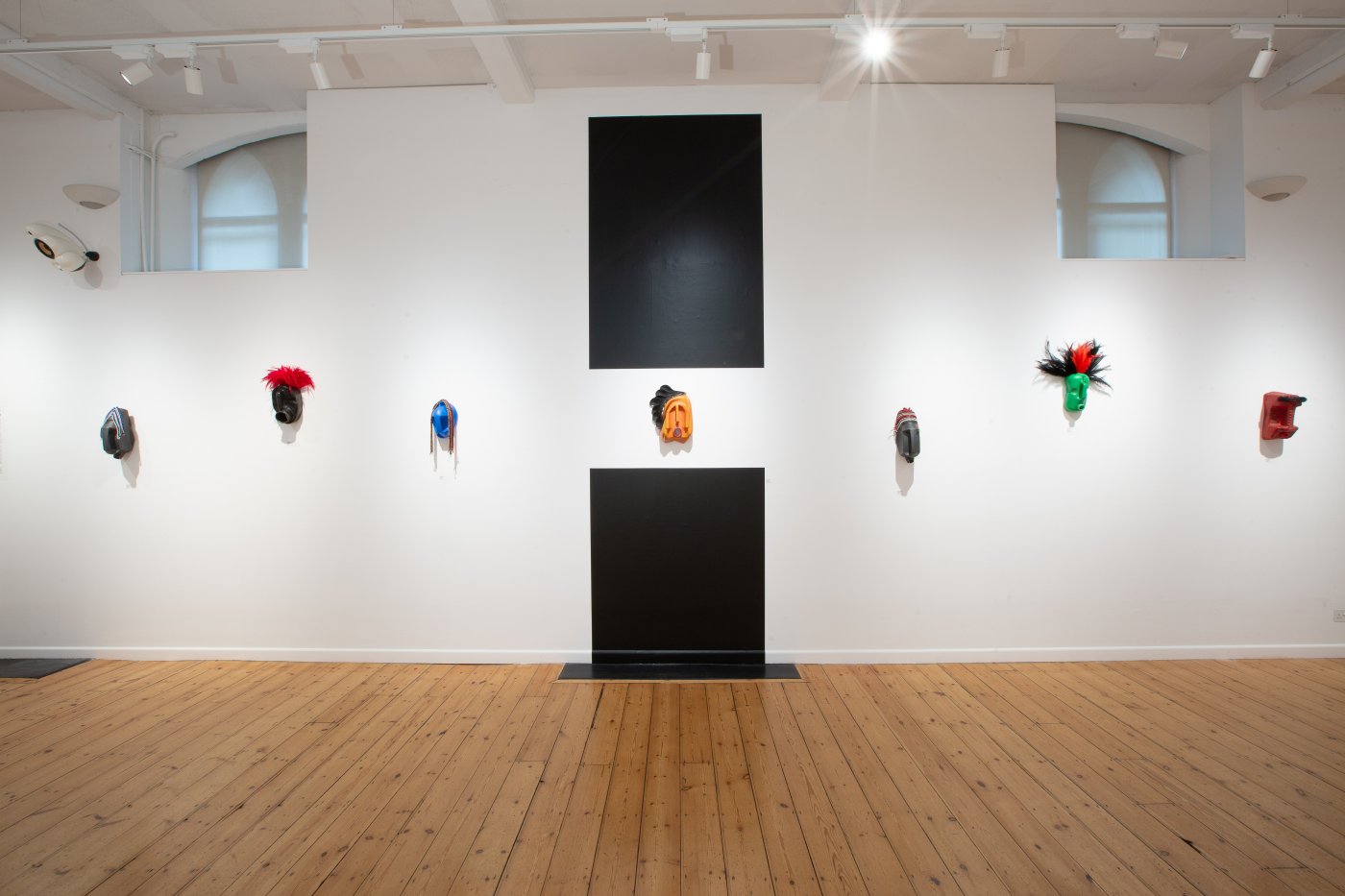 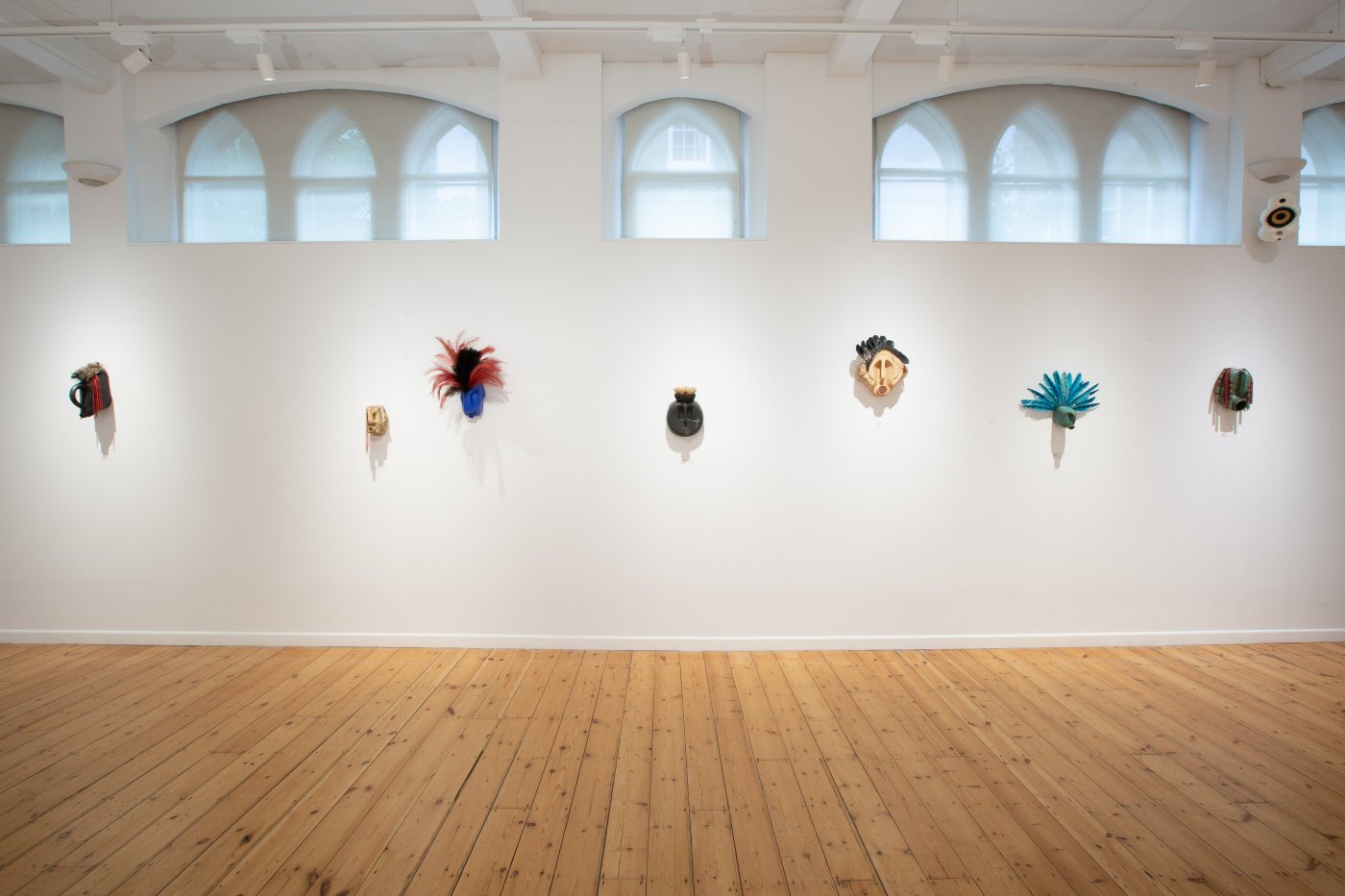 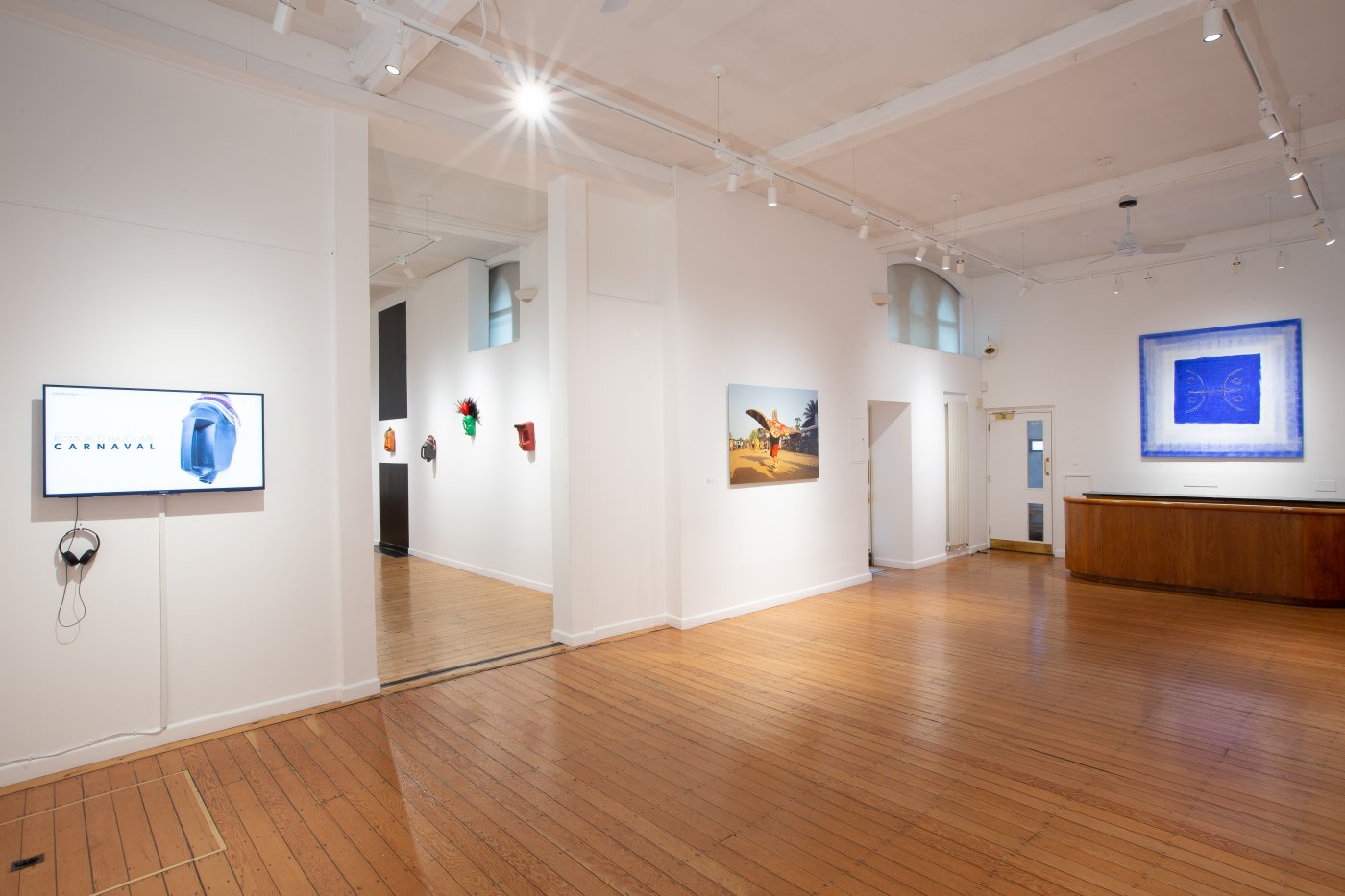 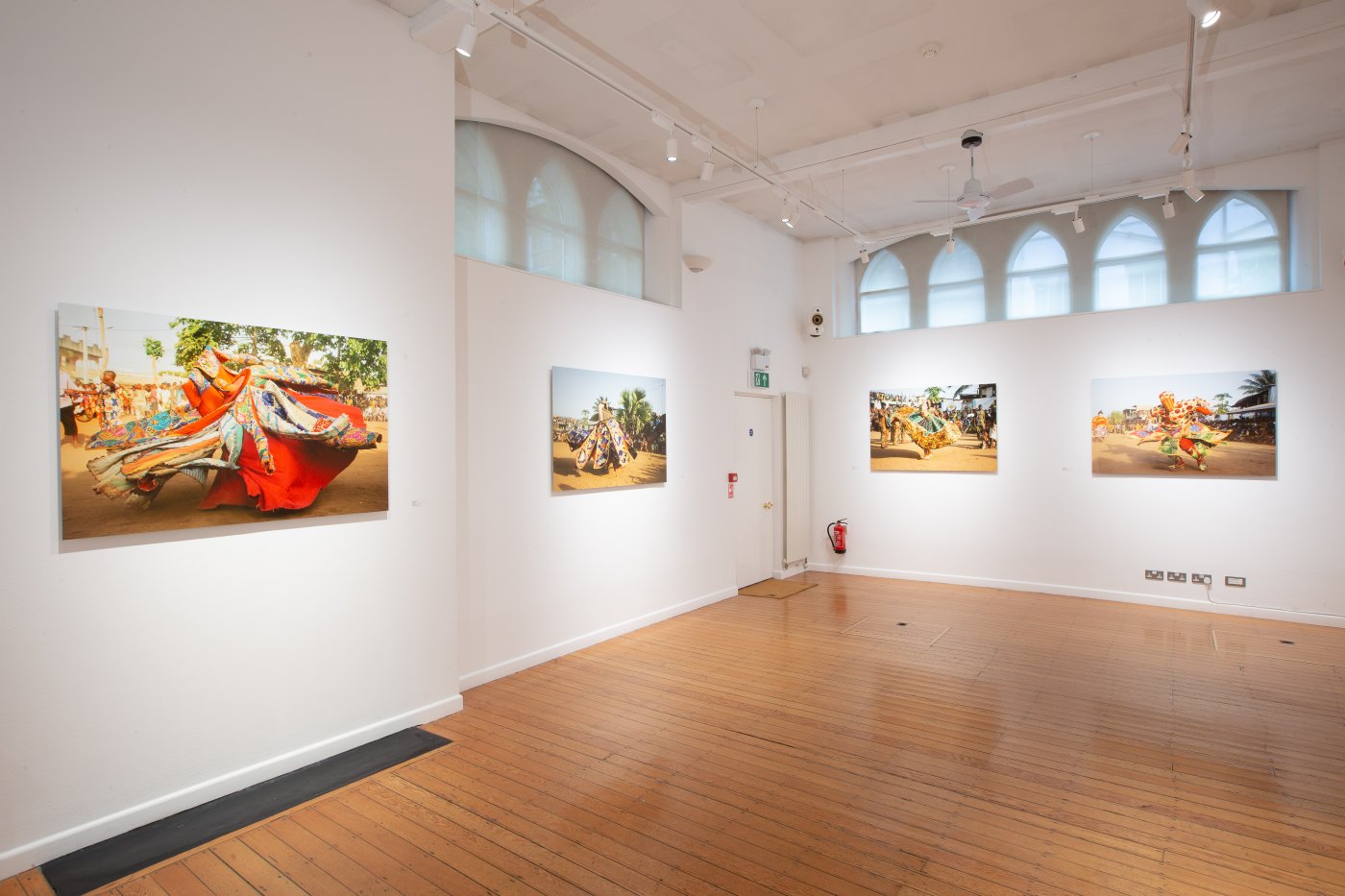 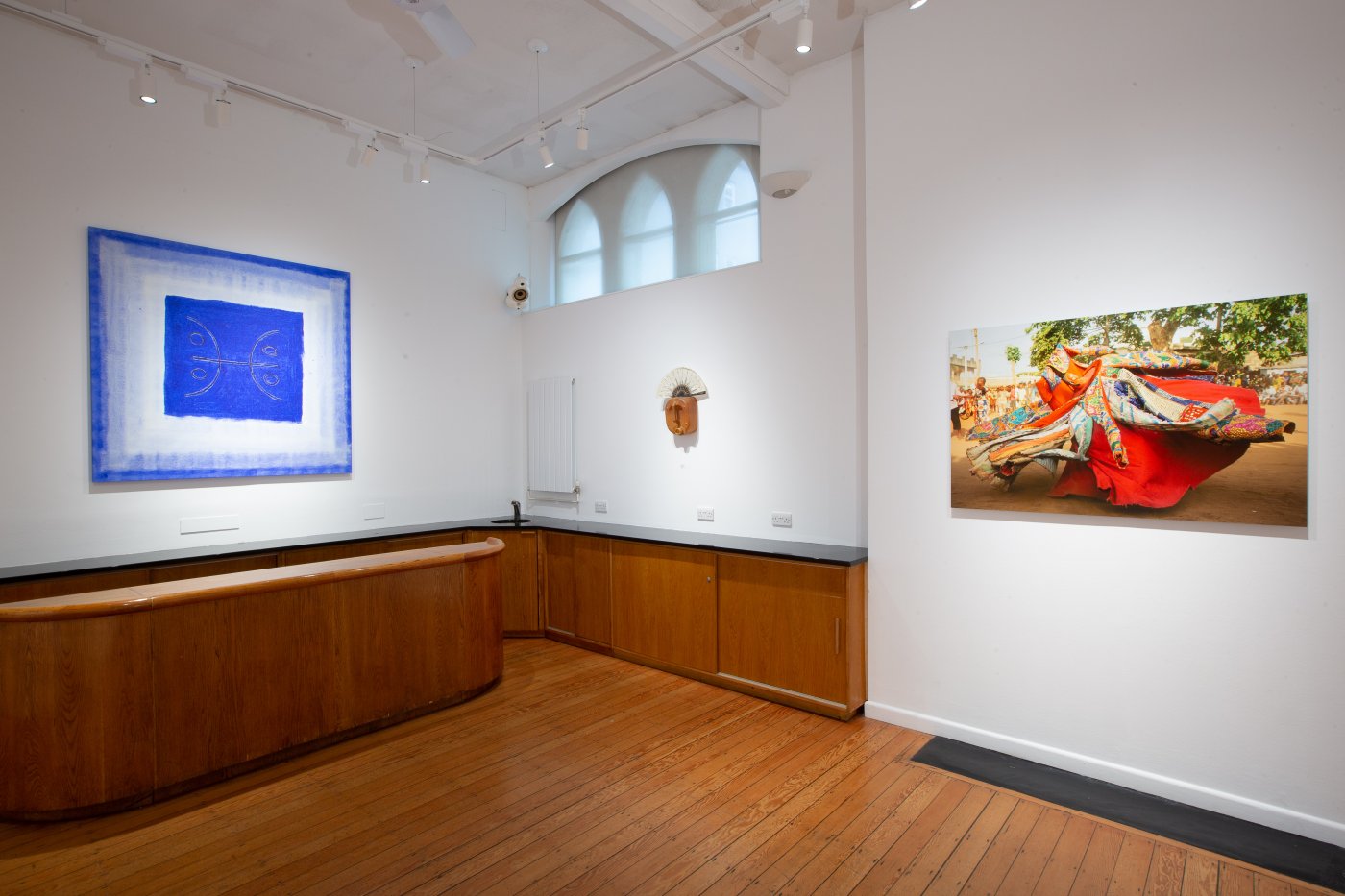 In this exhibition of new and much-anticipated work, Hazoumè returns to his signature masques bidons (repurposed masks), in which the artist keenly observes international concerns and the figures that populate the world’s political stage. In this new series of ‘masks’ composed of miscellaneous found materials, Hazoumè’s keen eye for detail coupled with his droll sense of humour percolate through to reinvigorate the form again, expanding its range to encompass new interpretive possibilities.

Hazoumè is careful to insist that the ‘masks’ he creates, ‘in no way resemble those originally powerful African masks used for ceremonial purposes. Whereas such artefacts exist as mysterious power objects, each of my “masks” portrays a real-life individual or even a distinct personality type.’ Indeed, some refer to specific African heads of state and the many politicians from that continent. Much of the enigmatic appeal of these masks is their ability both to conceal and yet reveal the hidden identity of their subjects.

The west African masquerade tradition exposes these pretentious public actors’ affectations to the ridicule of spectators drawn from the ordinary citizens and common people. Herein lies the associative link to the shapeshifting, topsy-turvy world of masques and shadowy assignations associated with Carnaval — that time when the world turns upside down — and a subversive season of riotous excess is stage-managed by the Lord of Misrule. At such times, Truth speaks openly and directly to Power.

The discreetly titled masked portraits suggest how Hazoumè is not simply aiming to portray crooked continental politicians alone; the artist broadens the discourse to include ‘the usual suspects’ on the international stage who exemplify the wider system of global corruption. These masked actors have recently been ‘outed’ by the scandalous leaks of the Panama and Pandora Papers, which reveal the huge empires of tax-free, offshore wealth hidden behind shell companies that are ‘masks’ constructed for the exclusive purpose of enriching the elites while further depriving the impoverished populace of their rightful share.

Hazoumè concludes: ‘Taken altogether, my masks represent impromptu impressions of people I know of and have seen; some of them might even be people you may well recognise!’