Sprovieri presents Roma 60, an exhibition focused on a historical period in which Rome was a melting pot of ideas and artistic experimentation. A city of writers, poets, artists and filmmakers each of them characterised by its own individuality but united by political, cultural and social affinities. 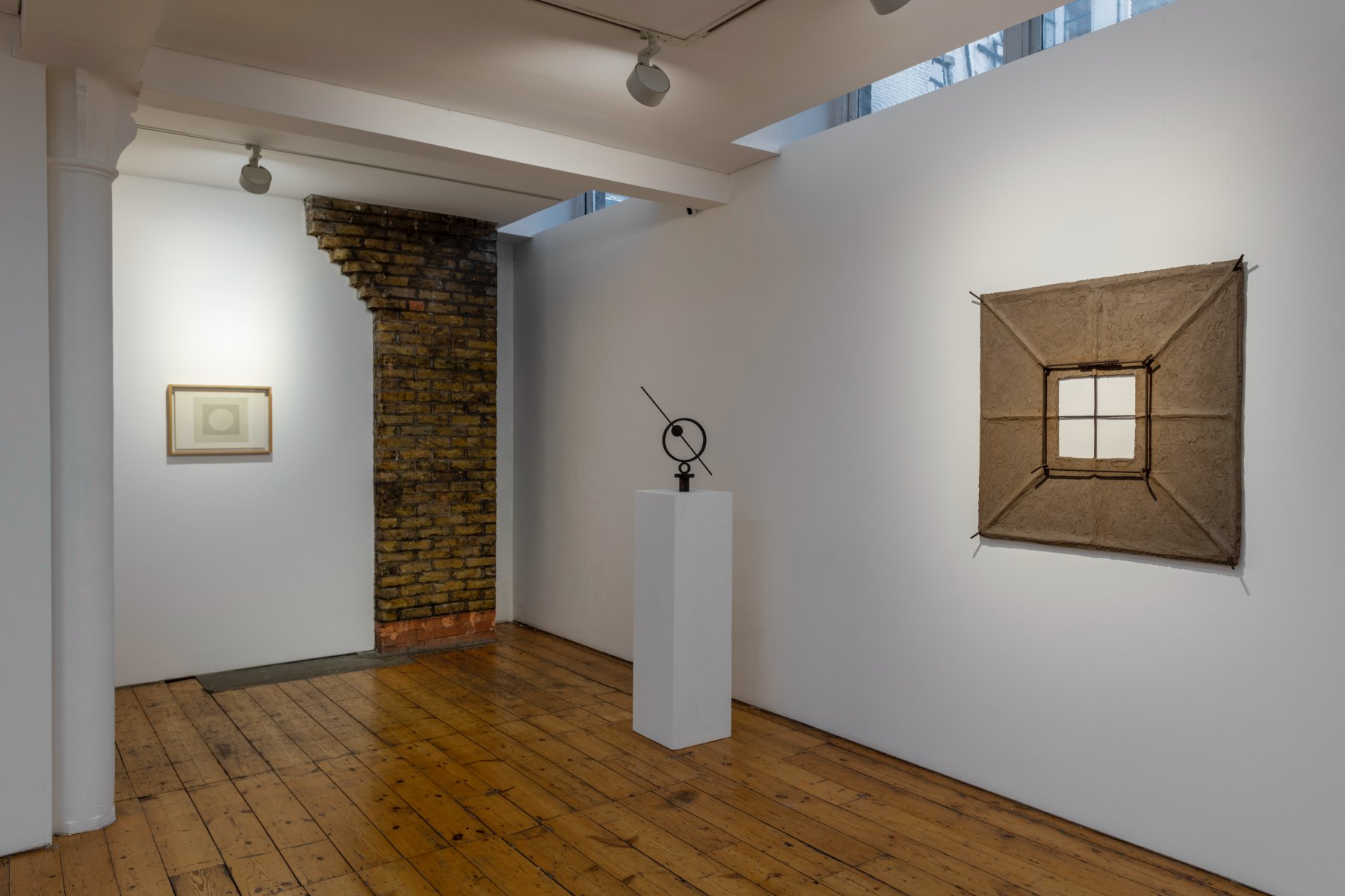 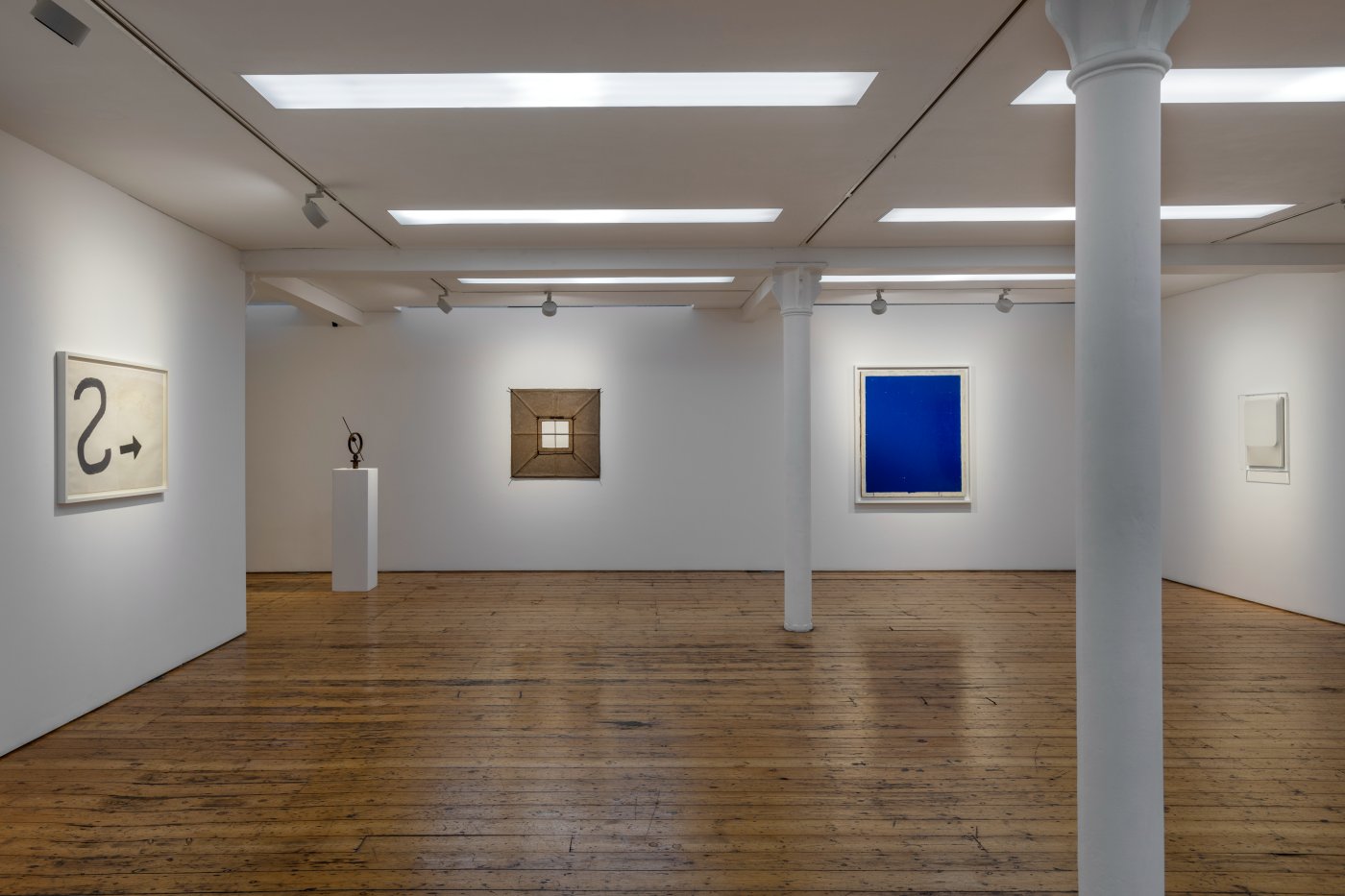 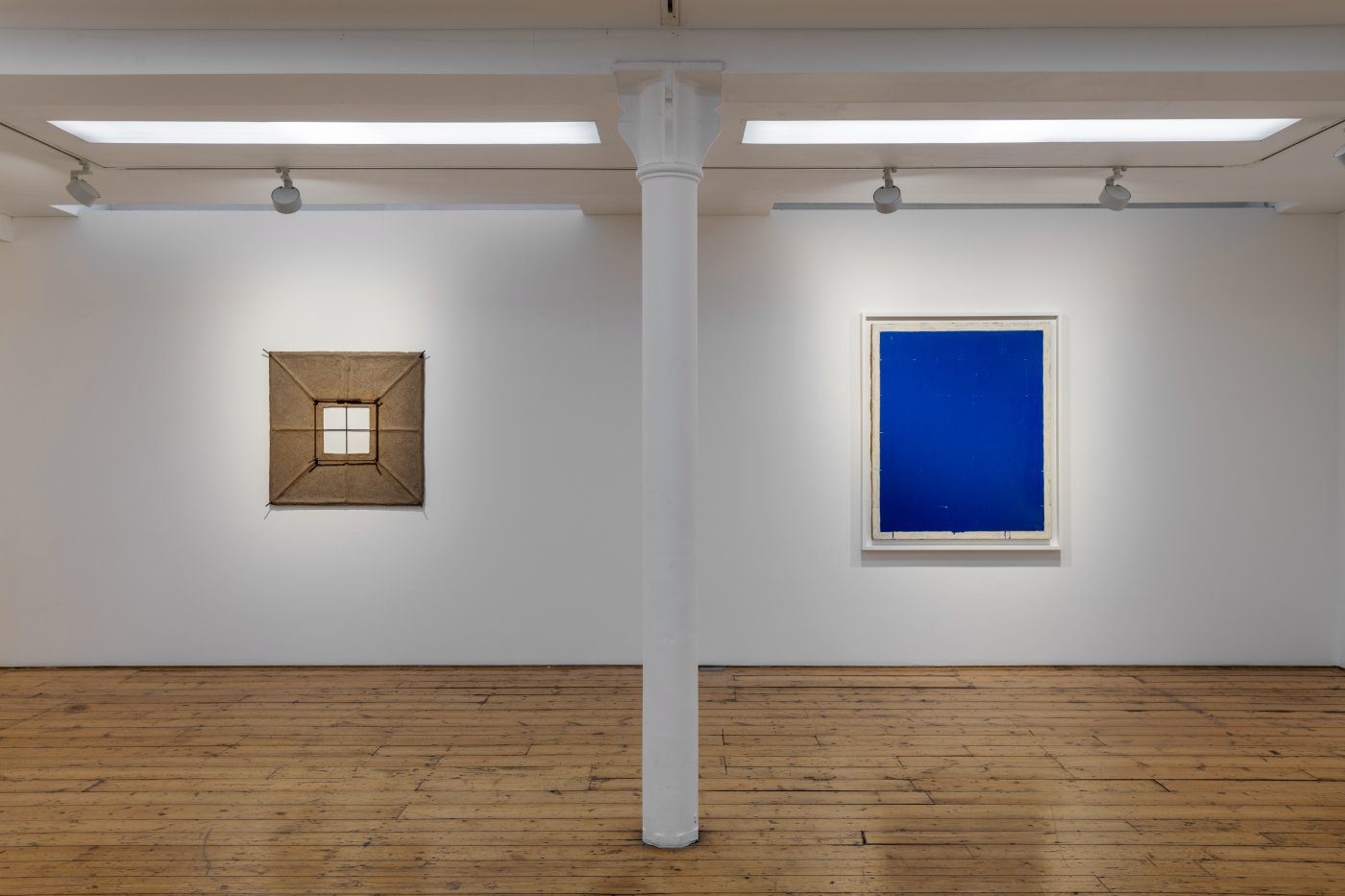 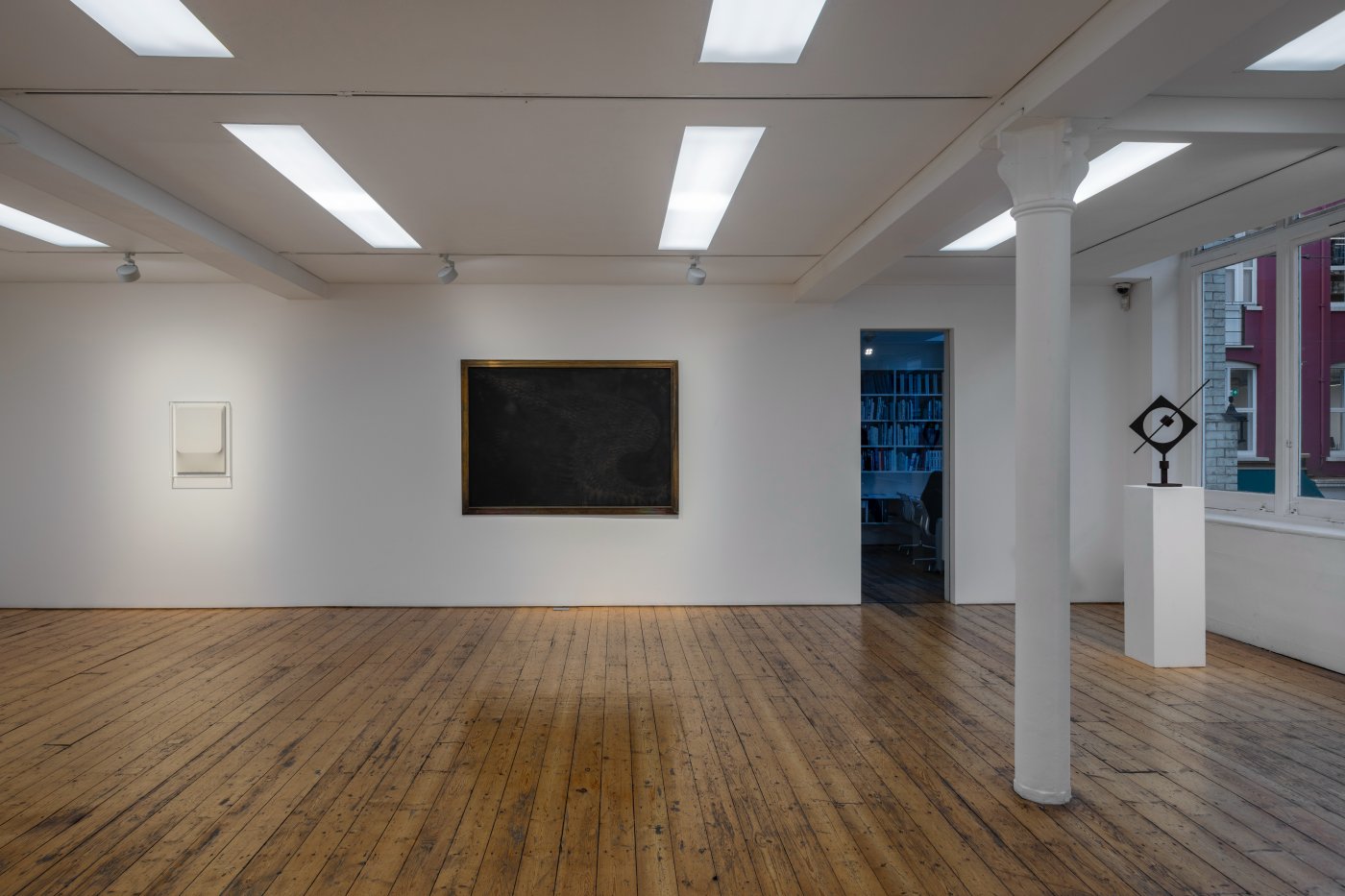 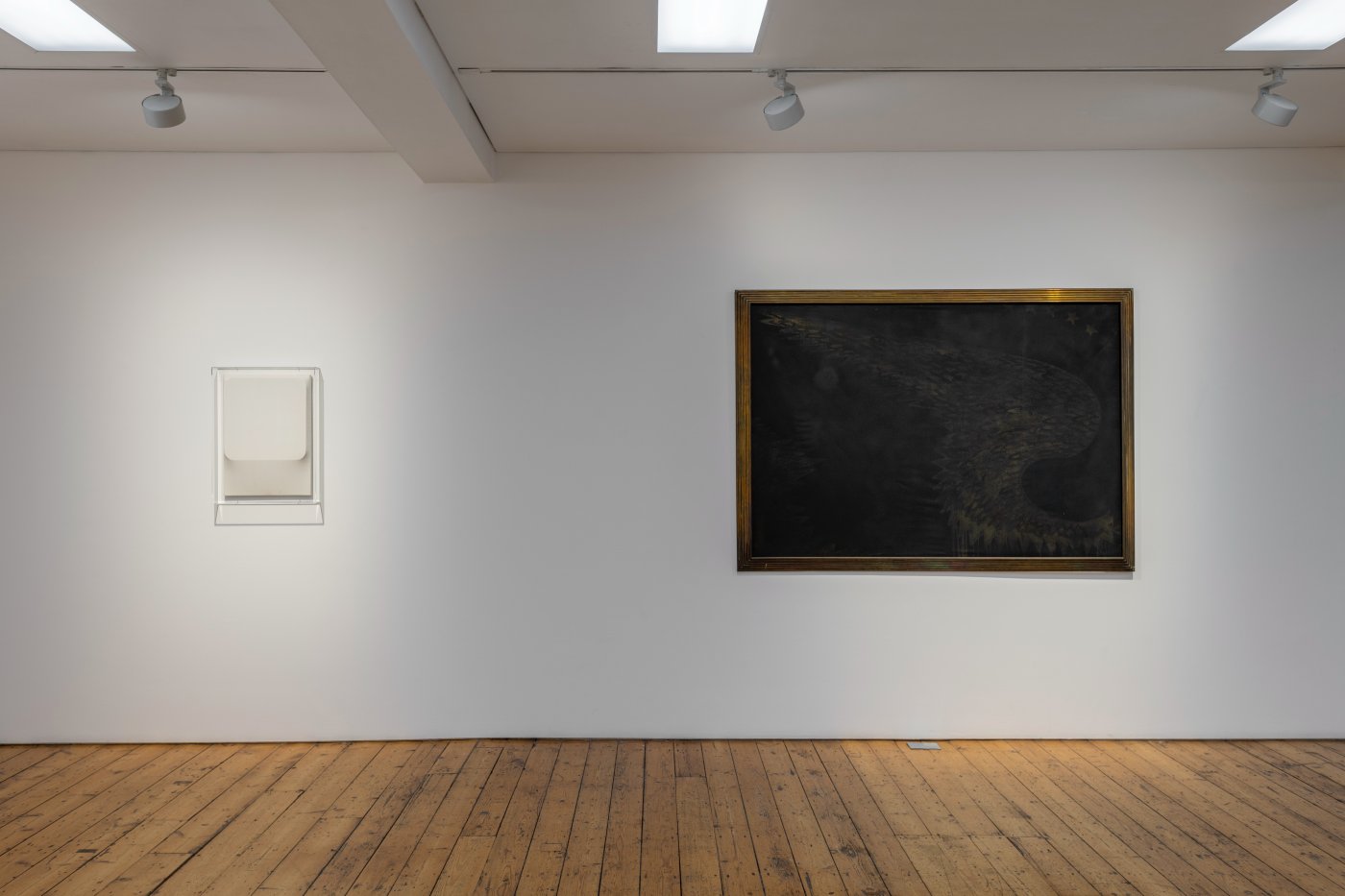 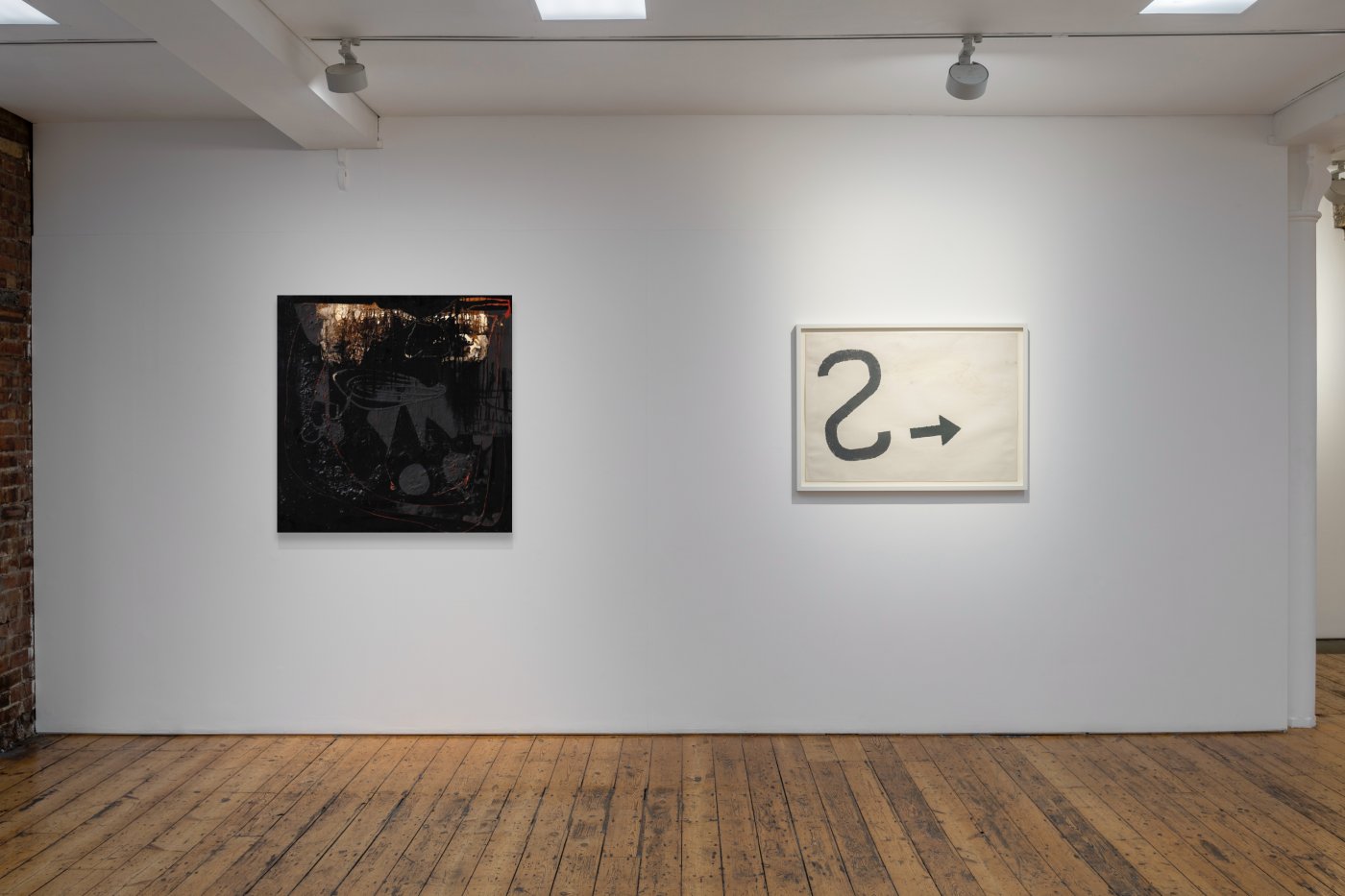 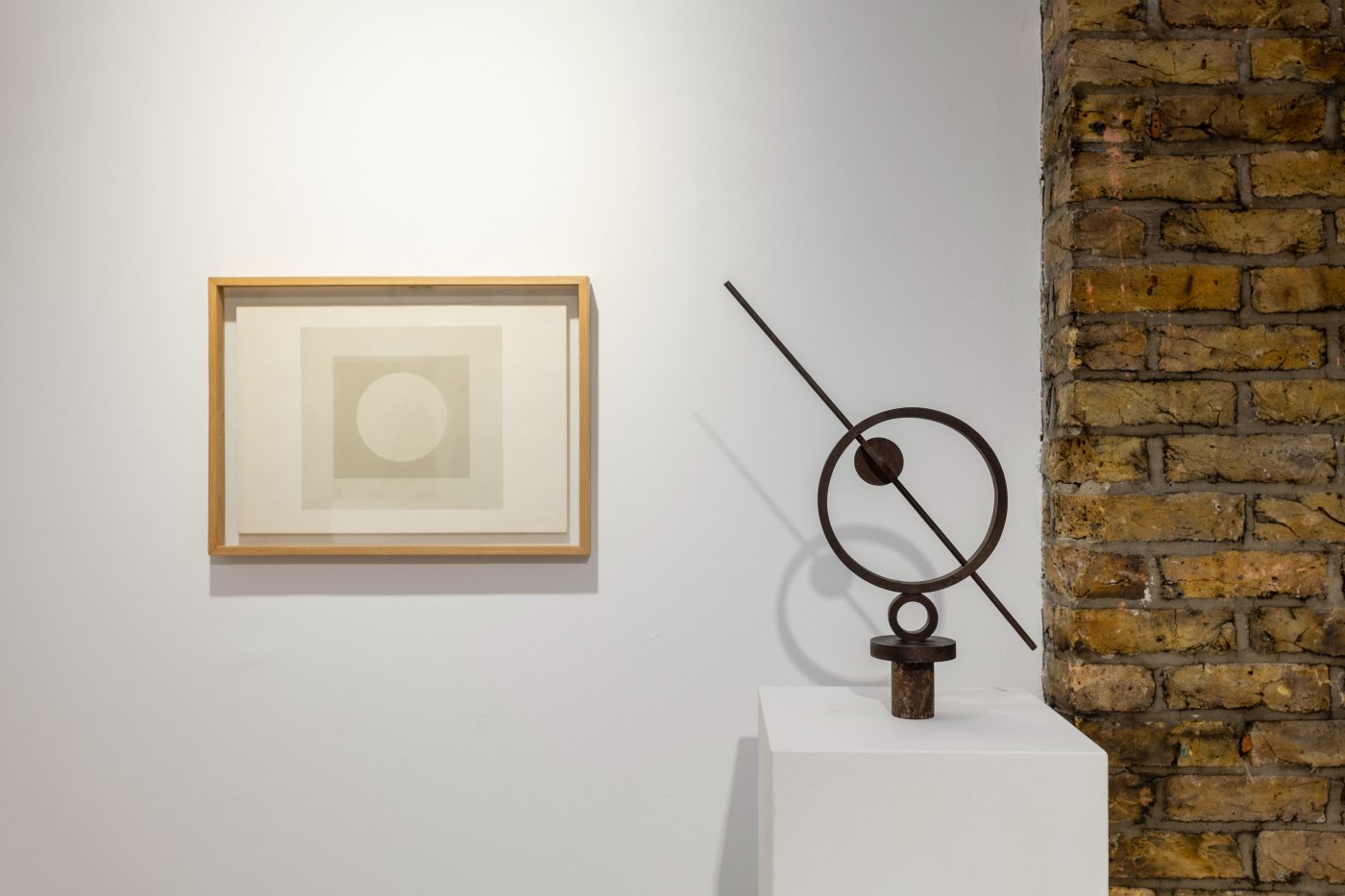 Starting from the experience of the ‘Informale’, each artist acts as a ferryman towards new realities that are about to enter the art world (Pop Art, Arte Povera, and Minimal Art) bringing his own dose of radicalism, rebellion, experimentation and provocation.

Ettore Colla was among the first to exhibit a new type of sculpture, characterised by salvaged elements, found in the suburbs of Rome, to which he donated a new poetic sense through his practice.

During this time Alberto Burri experimented with new methods of creating art, such as sewing and burning, which later became deeply associated with the artist.

This dialogue between the material and conceptual, leads us to Fabio Mauri and his research for zeroing with the creation of his series of “Schermi” (his version of monochrome with which he expresses his willingness to move away from the Informale) which already contains the discourse on cinema.

Franco Angeli and Mario Schifano were the primary representatives of the shift from the Informale to the use of symbols in the context of the multicultural society that had developed during those years.

Before this transition, Mario Schifano experimented the creation of Monochromes by using enamel on canvas paper sheets, which were subsequently laid on canvas on irregular stretchers, and are characterised by a uniform coat of one or more colours. The monochrome works are therefore not traditional monochromes, but works in which the compositional spaces are reduced to the minimum and are simply laid next to one another, without the intention to create any sense of depth.

In the same years Francesco Lo Savio was deeply focused on the re-evaluation of the use of light, form, and space in the process of the art making, while Giuseppe Uncini emphasises the constructive and architectural principle that “material no longer exists”, aiming for clear spatial-geometric solutions in his works.

The show closes with Untitled 1961 by Jannis Kounellis, part of a series of works on paper known as Alfabeti, realised in Rome in the early 1960s. In these works are represented the very basic elements of communication – numbers, arrows, letters, symbols, which Kounellis decontextualises through isolation and placing them on a white support, so that he is able to focus the viewer’s attention on the marks. This communicative urgency drives him to reject figurative and anachronistic perspectives and to exalt the collective value of artistic language.

“Perhaps no era has ever aroused such nostalgia as the 1960s. And if nostalgia is a feeling that concerns space even before time, the place of this feeling can only be a city: Rome.”