Petzel presents an exhibition of paintings by Roger-Edgar Gillet (1924–2004), the French artist’s first solo exhibition in New York since his 1961 show at Lefebre Gallery. More significantly, it is the first presentation in New York of the figurative work that Gillet began making in the 1960s after he turned away from abstraction. 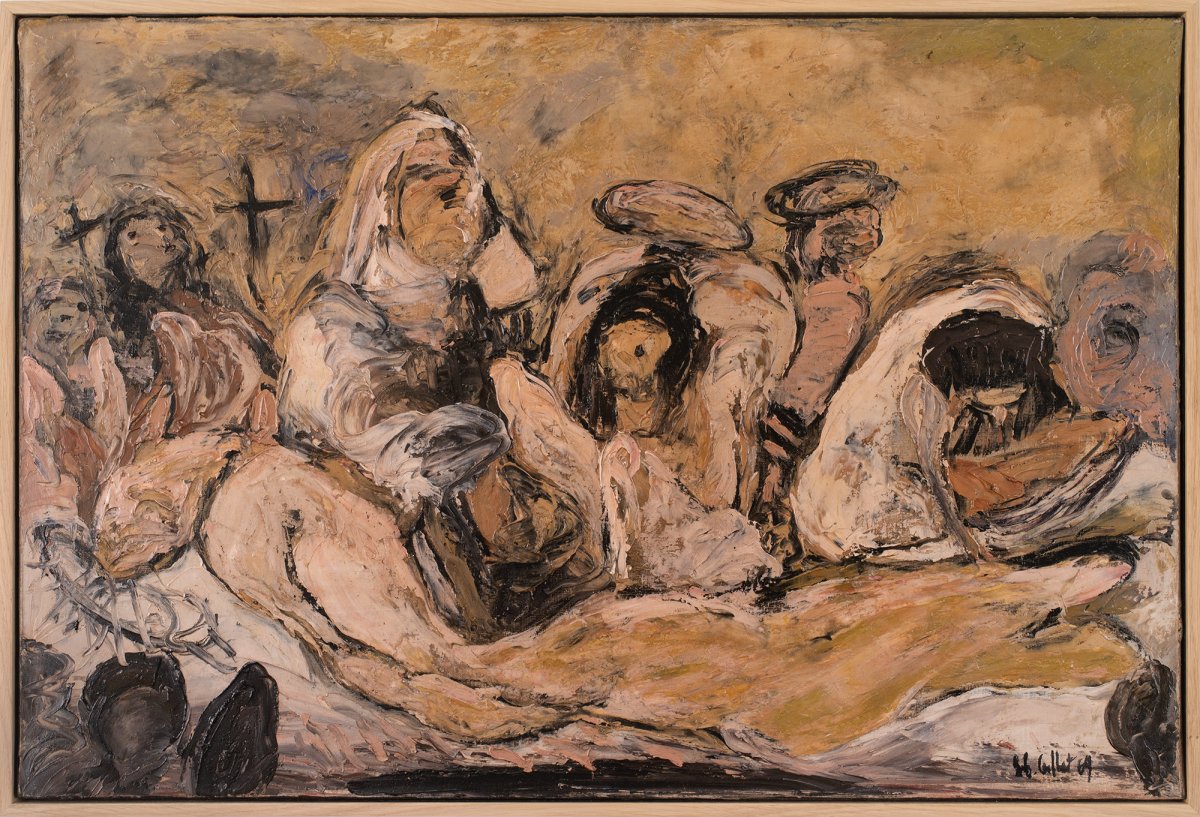 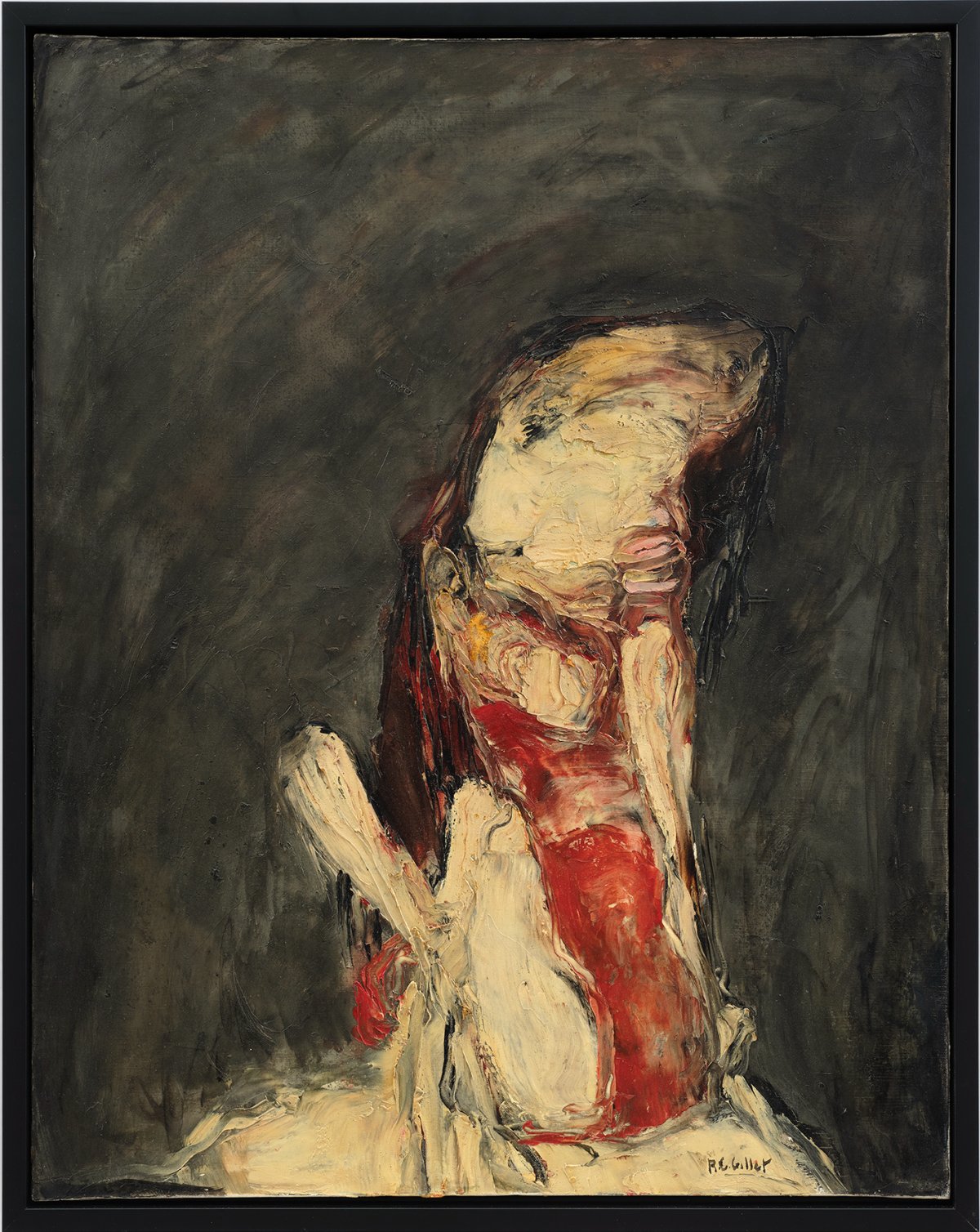 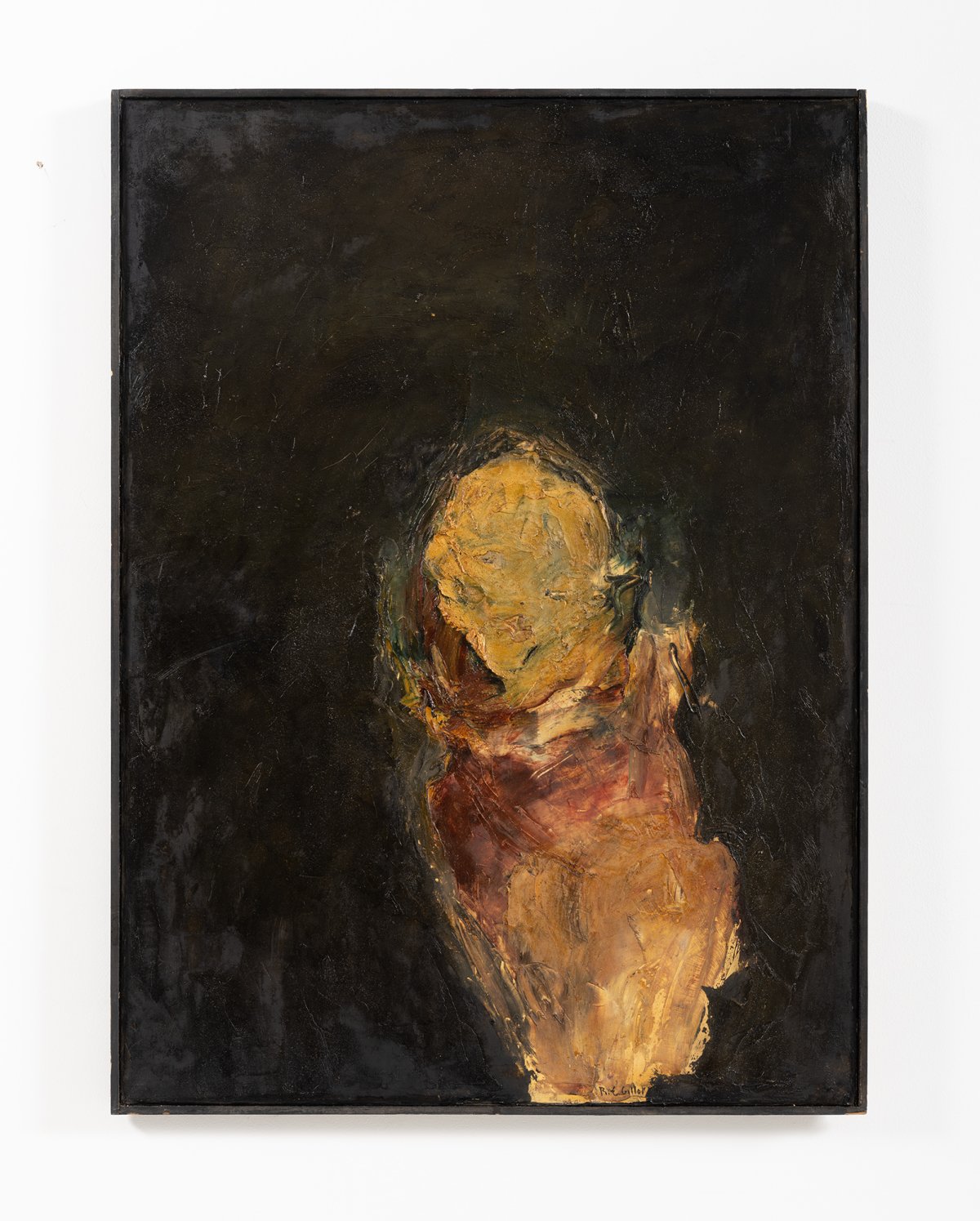 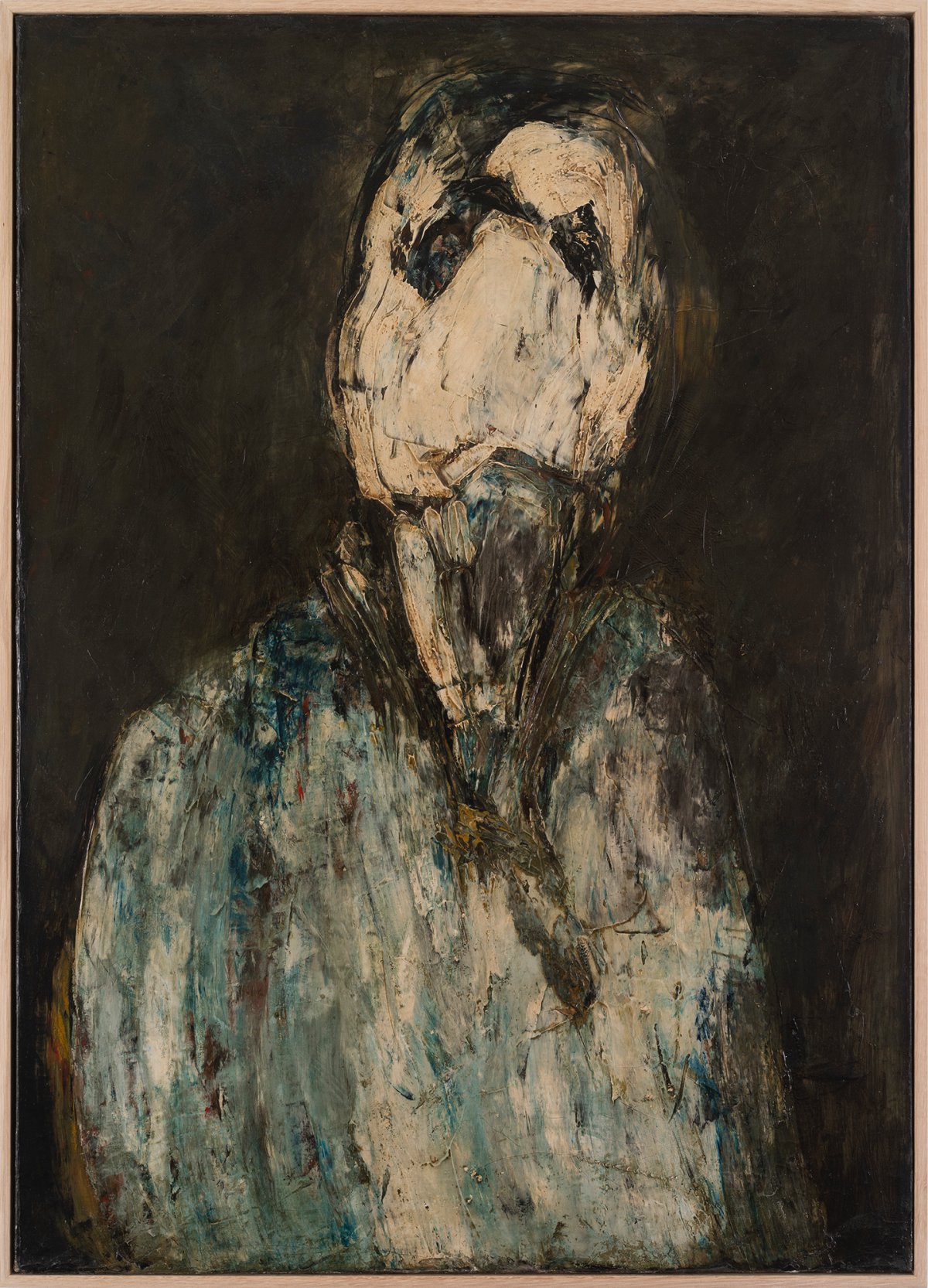 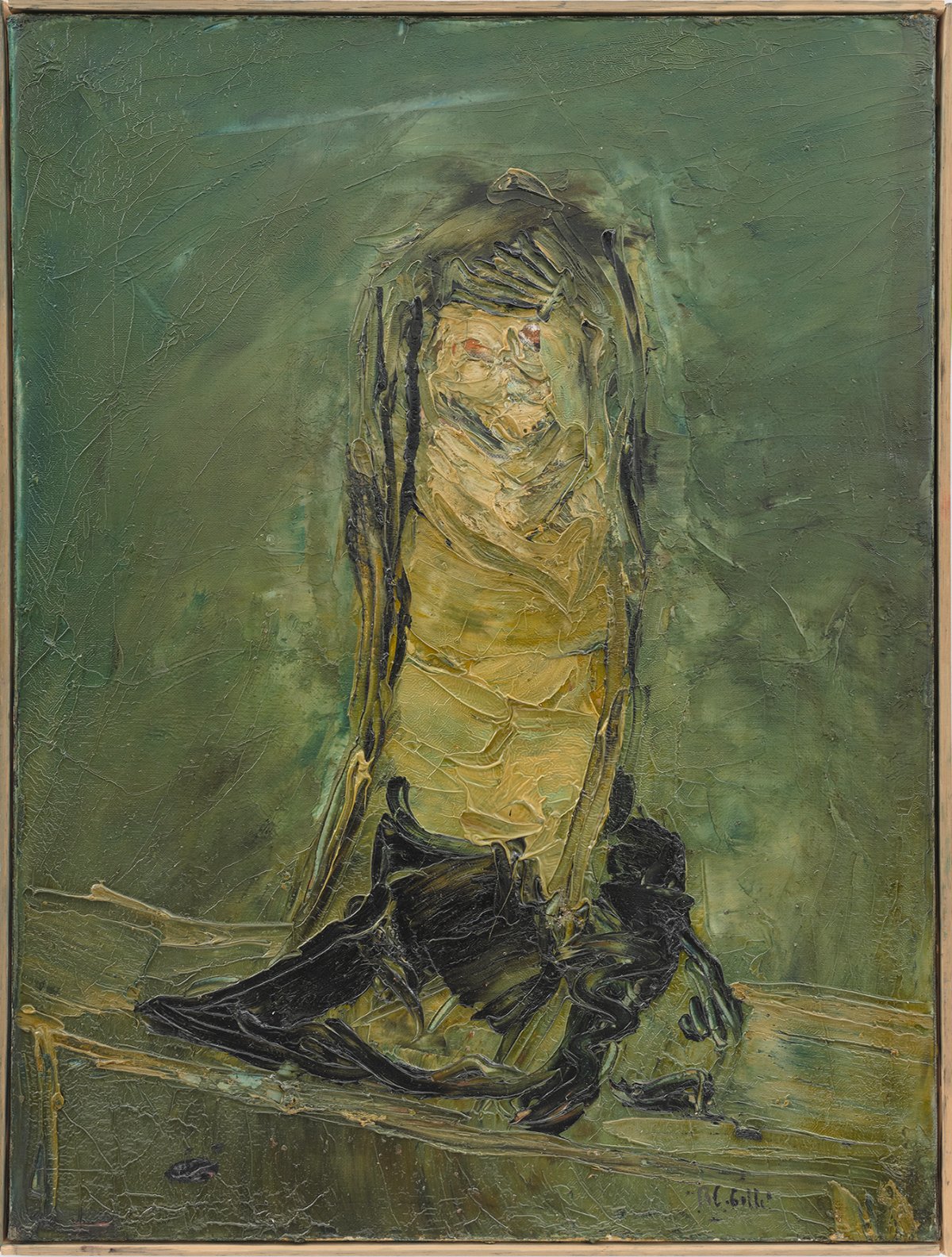 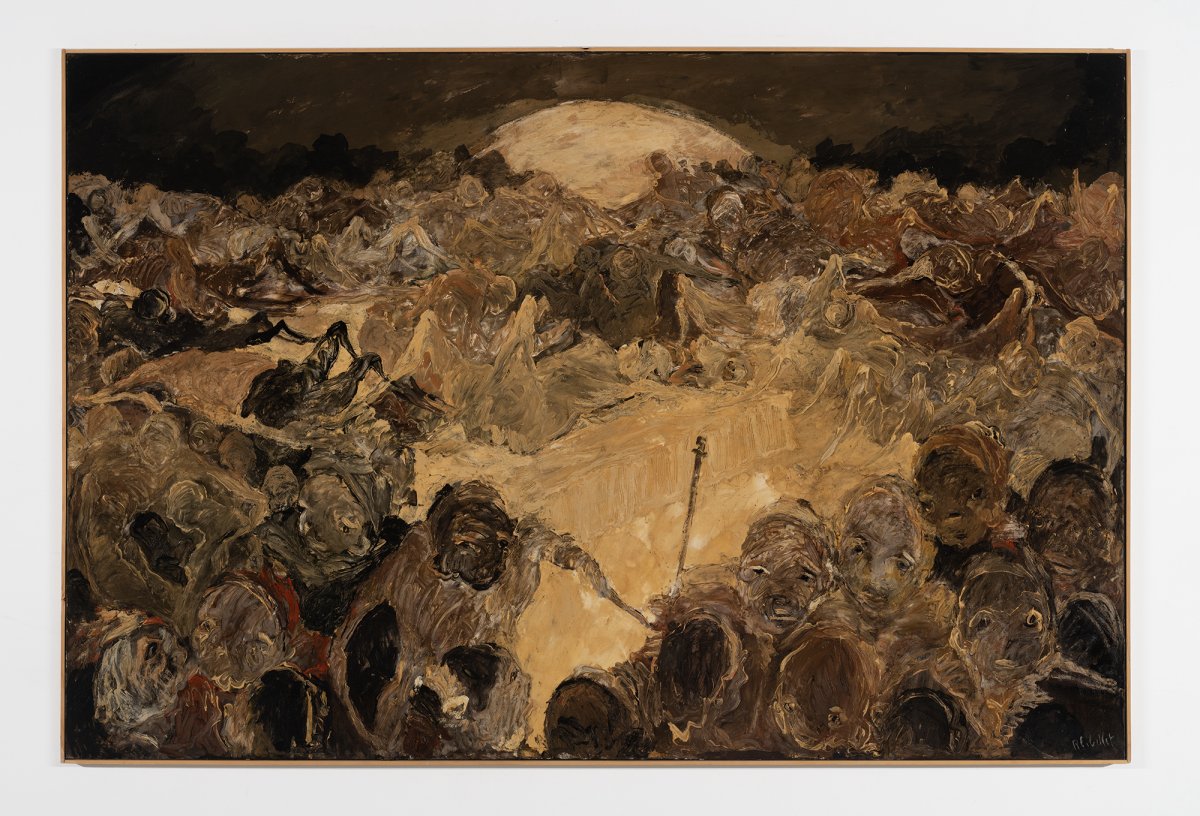 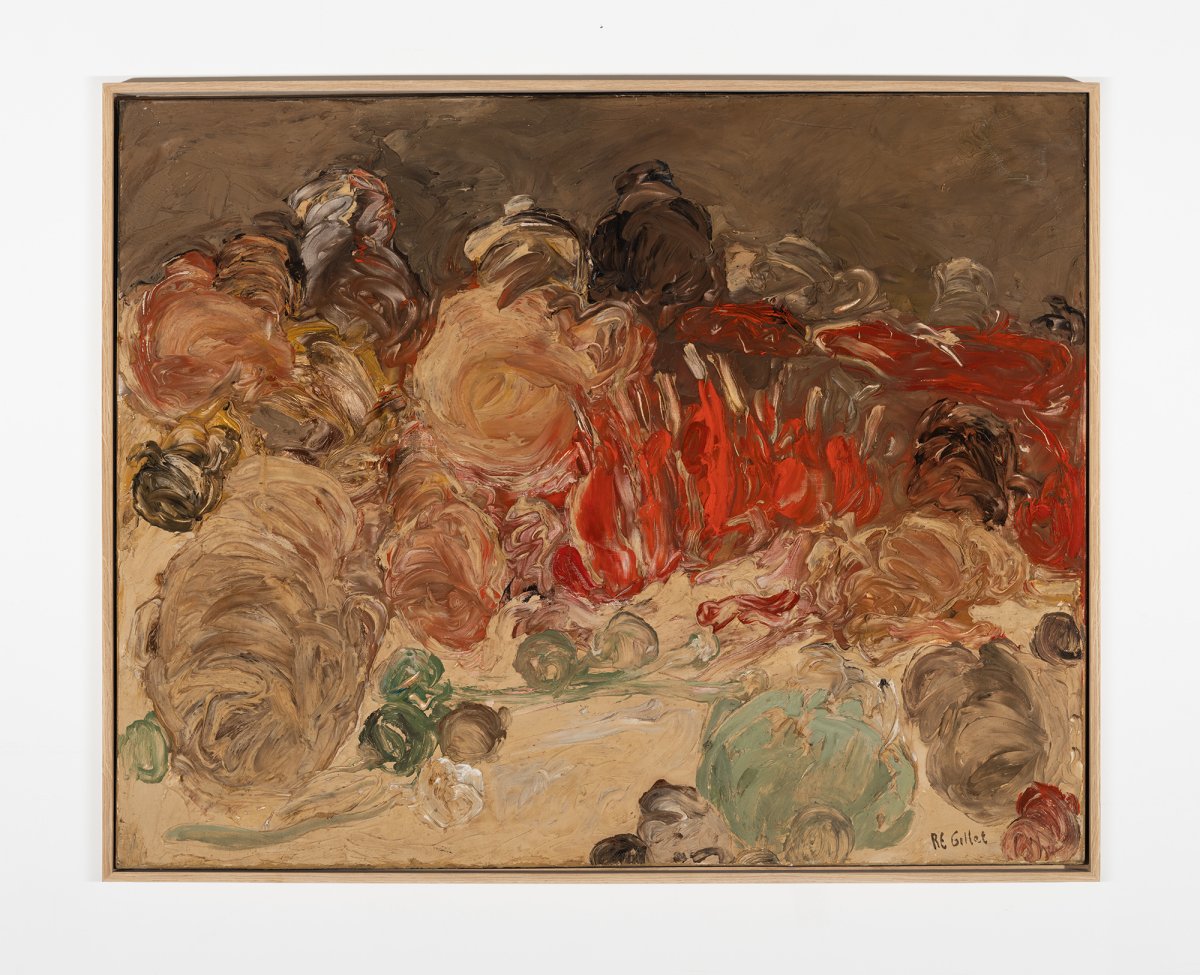 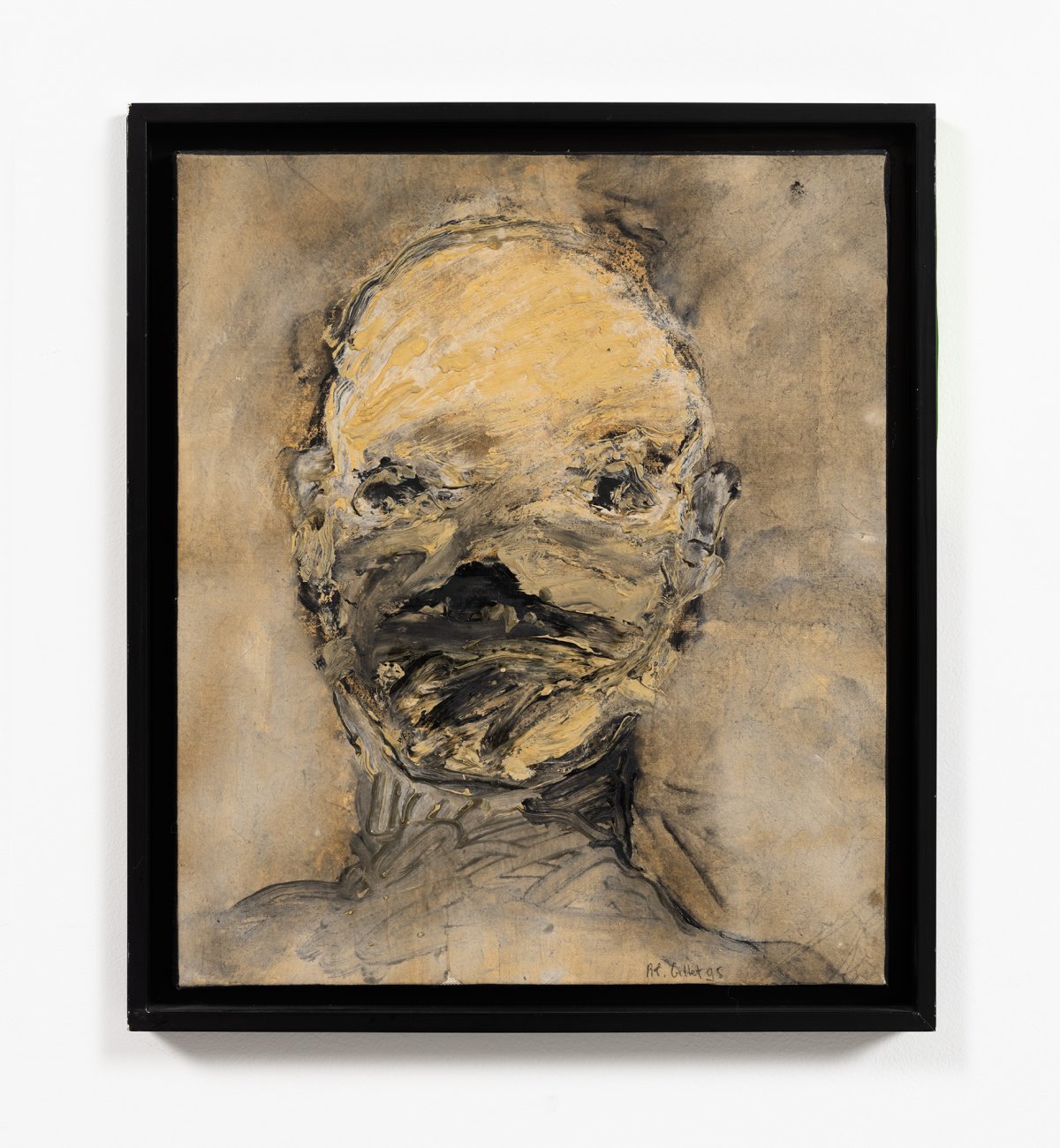 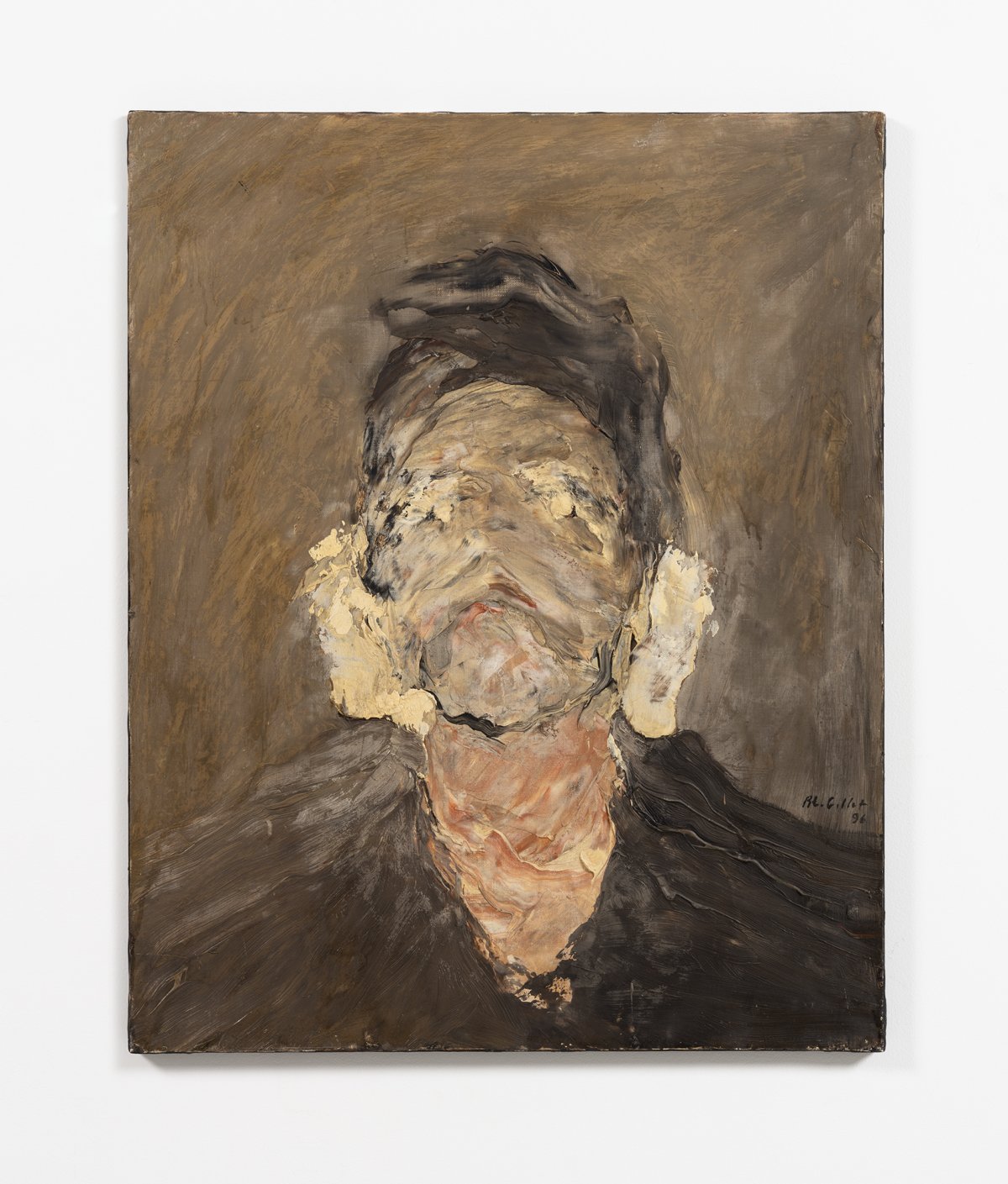 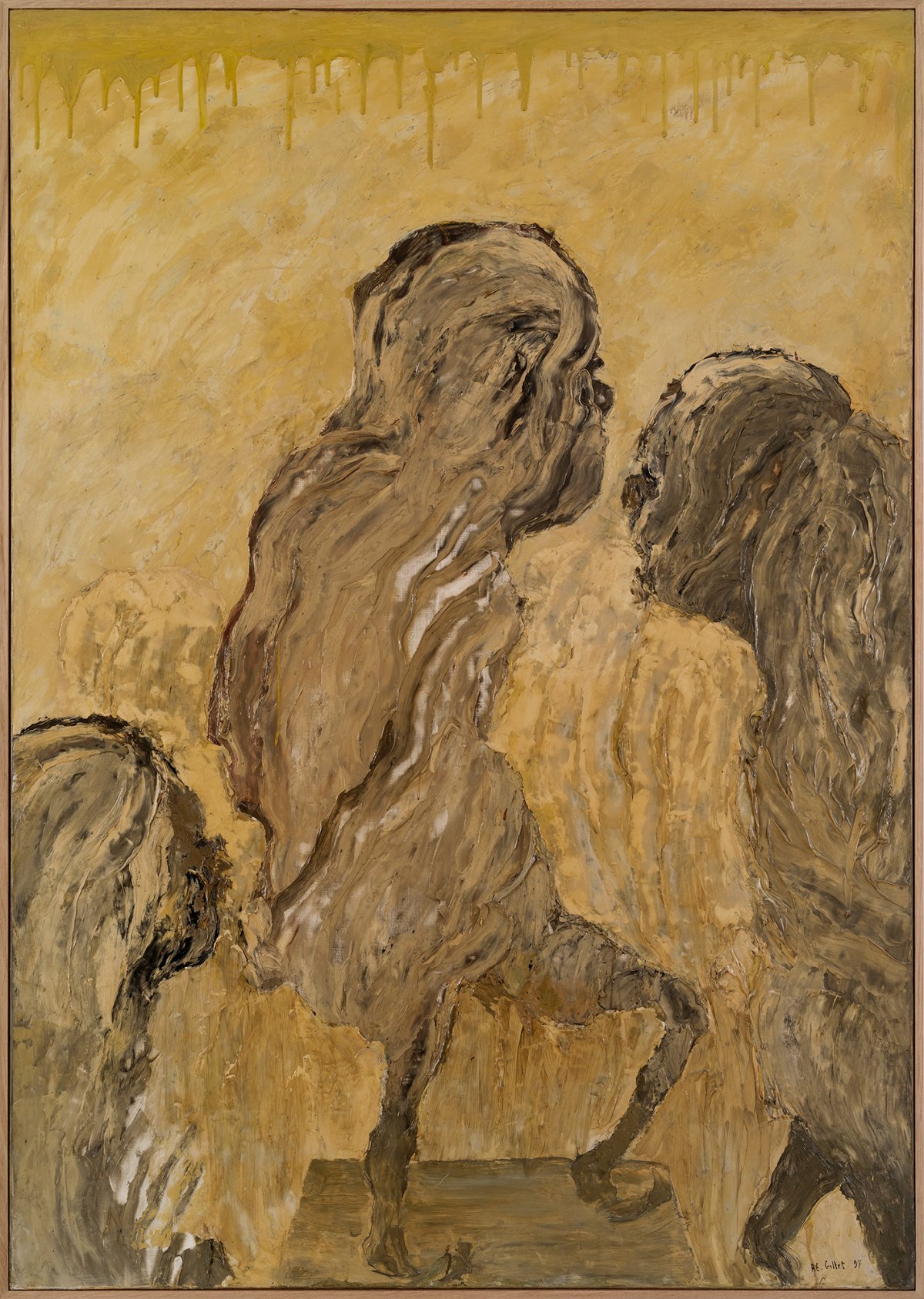 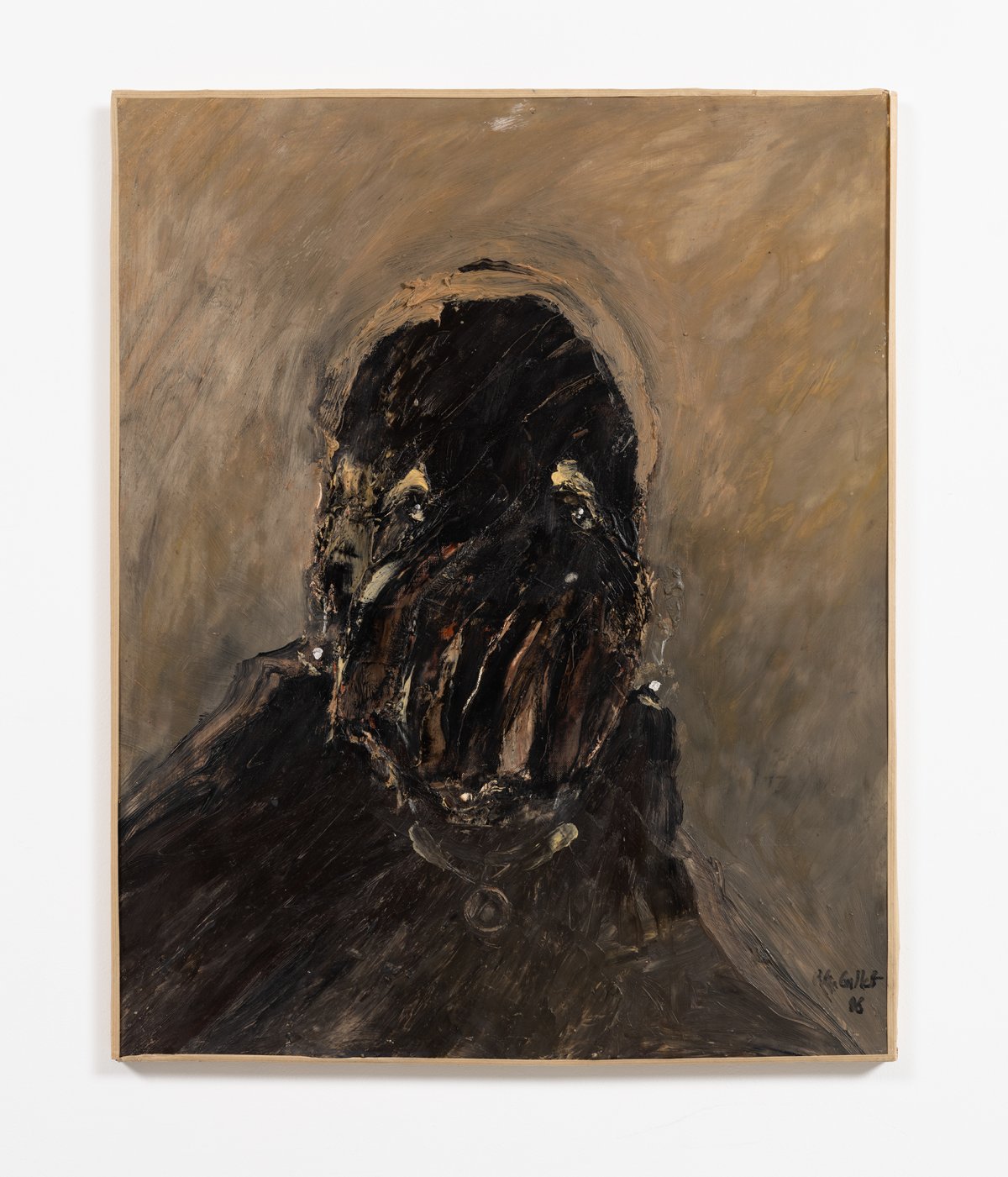 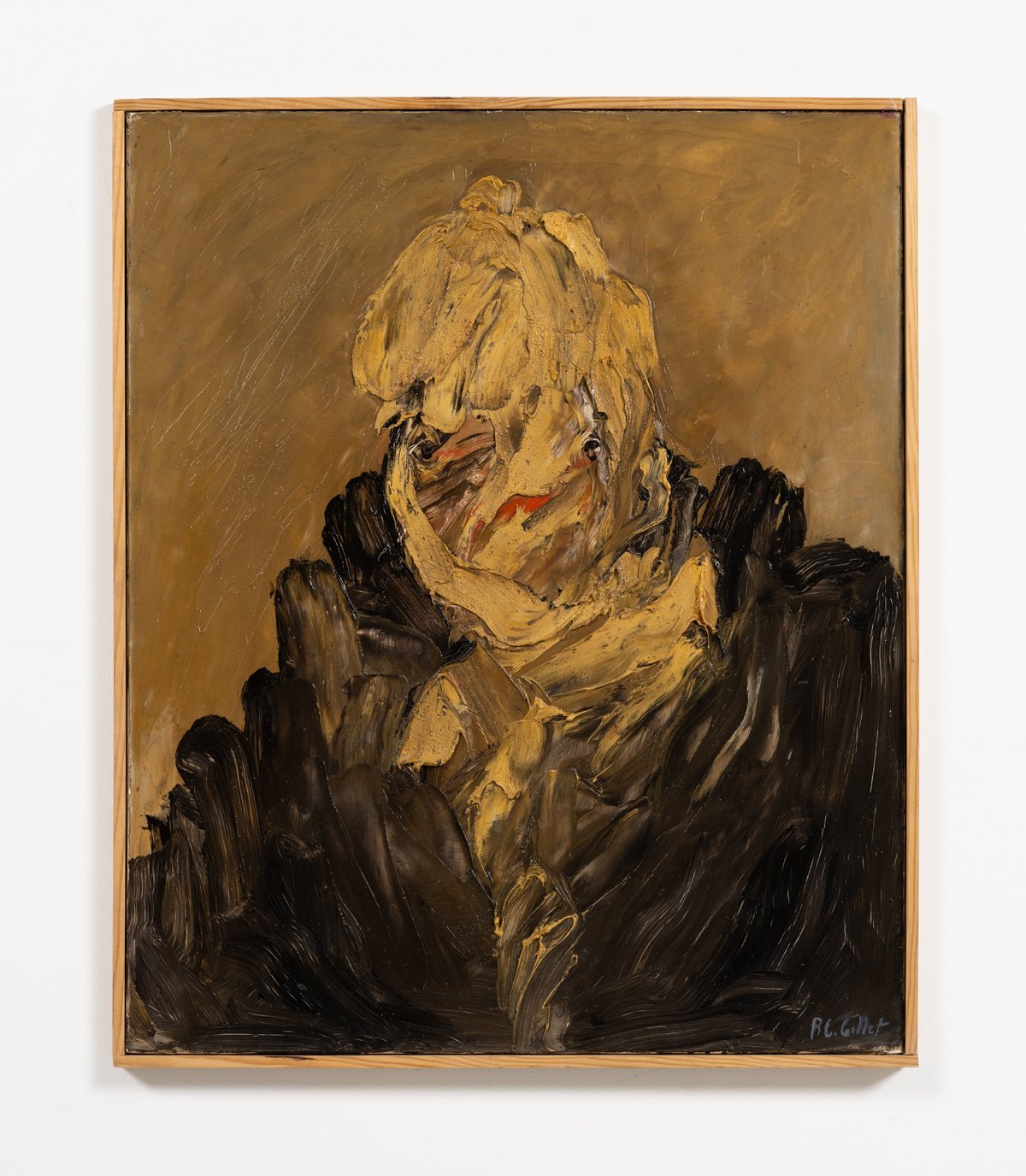 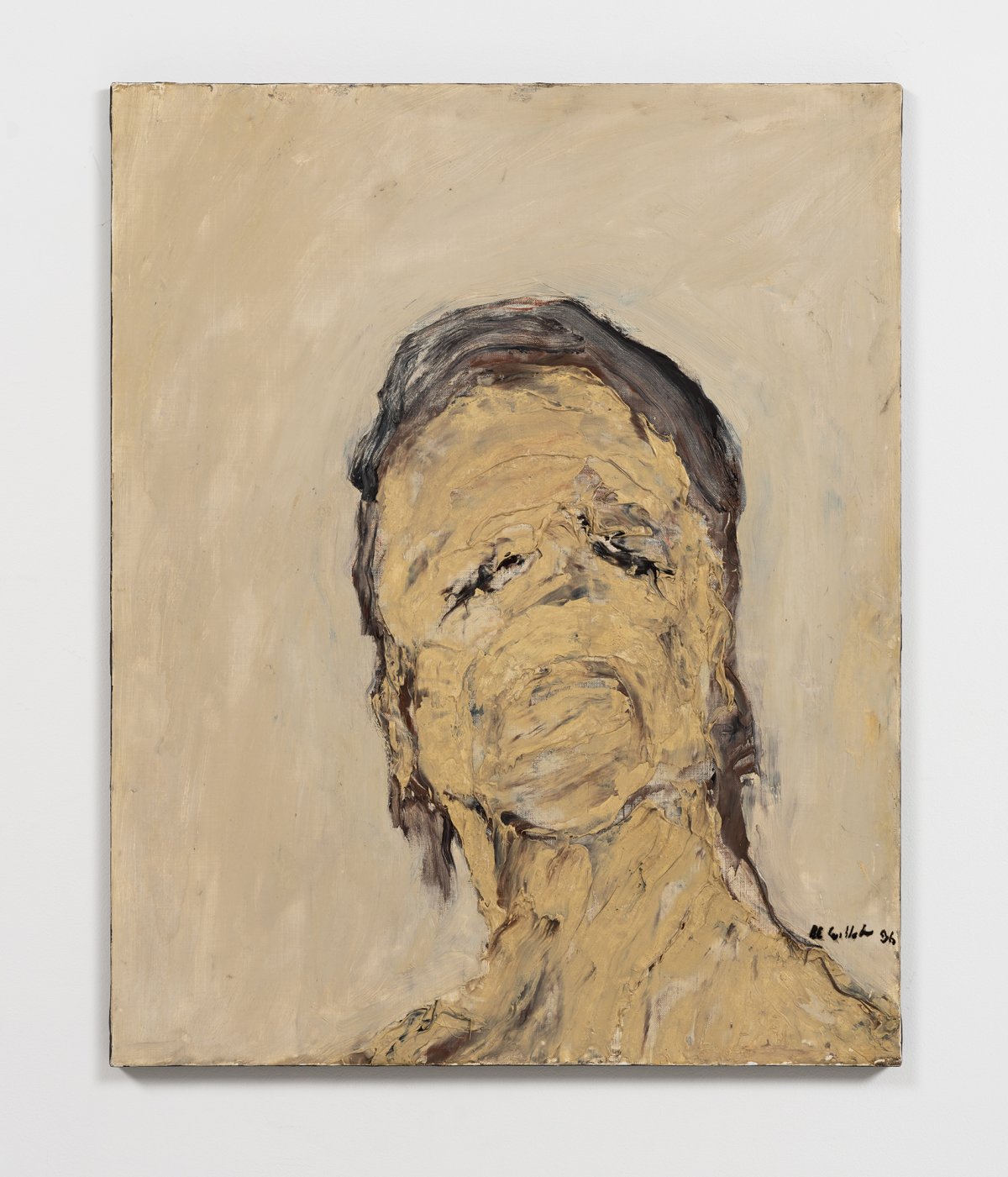 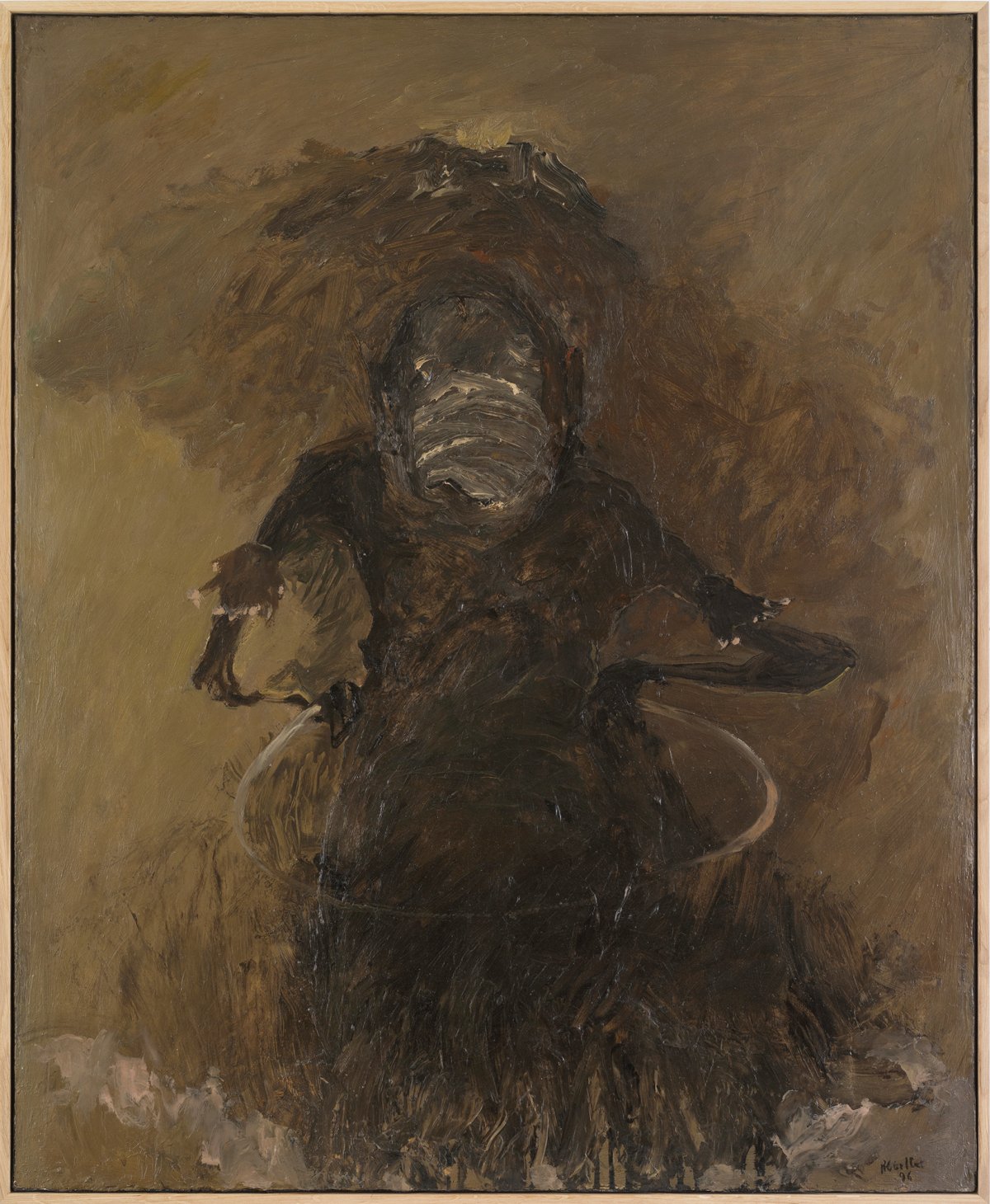 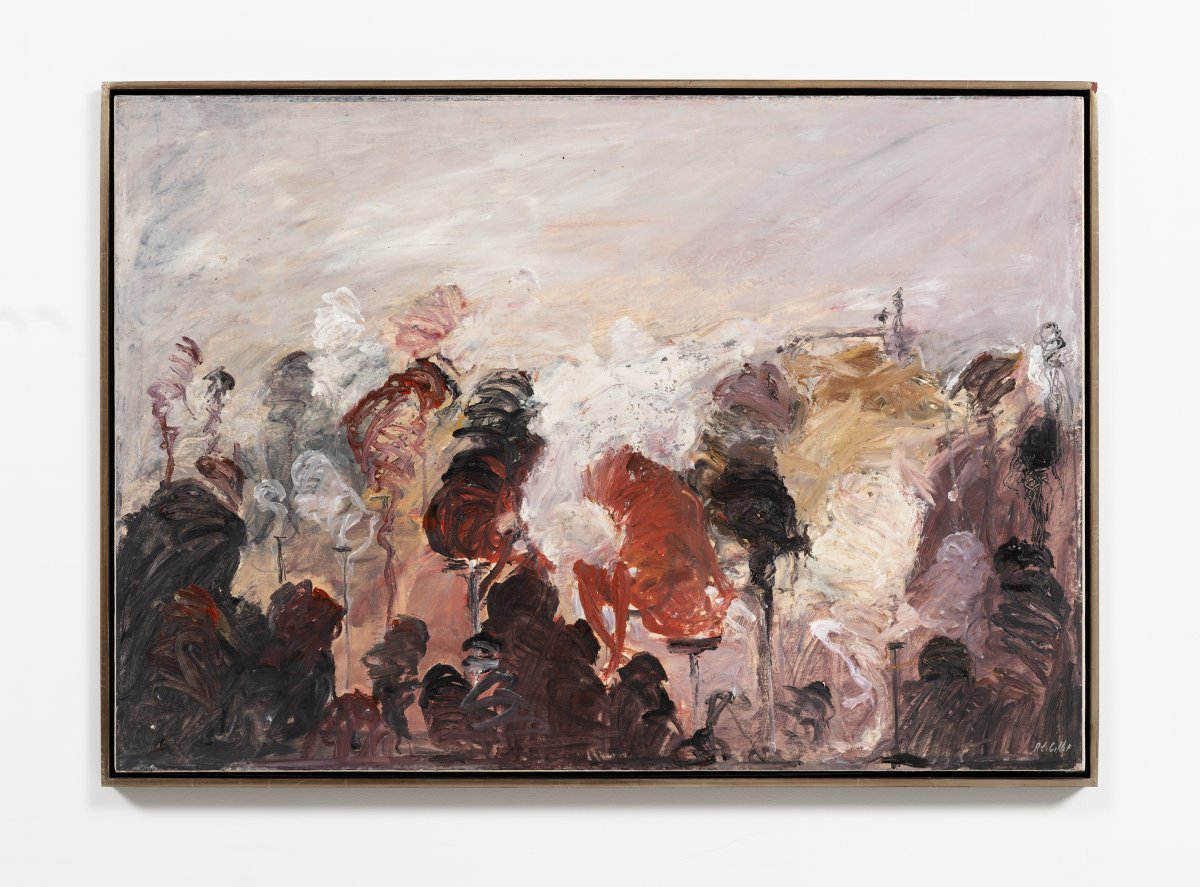 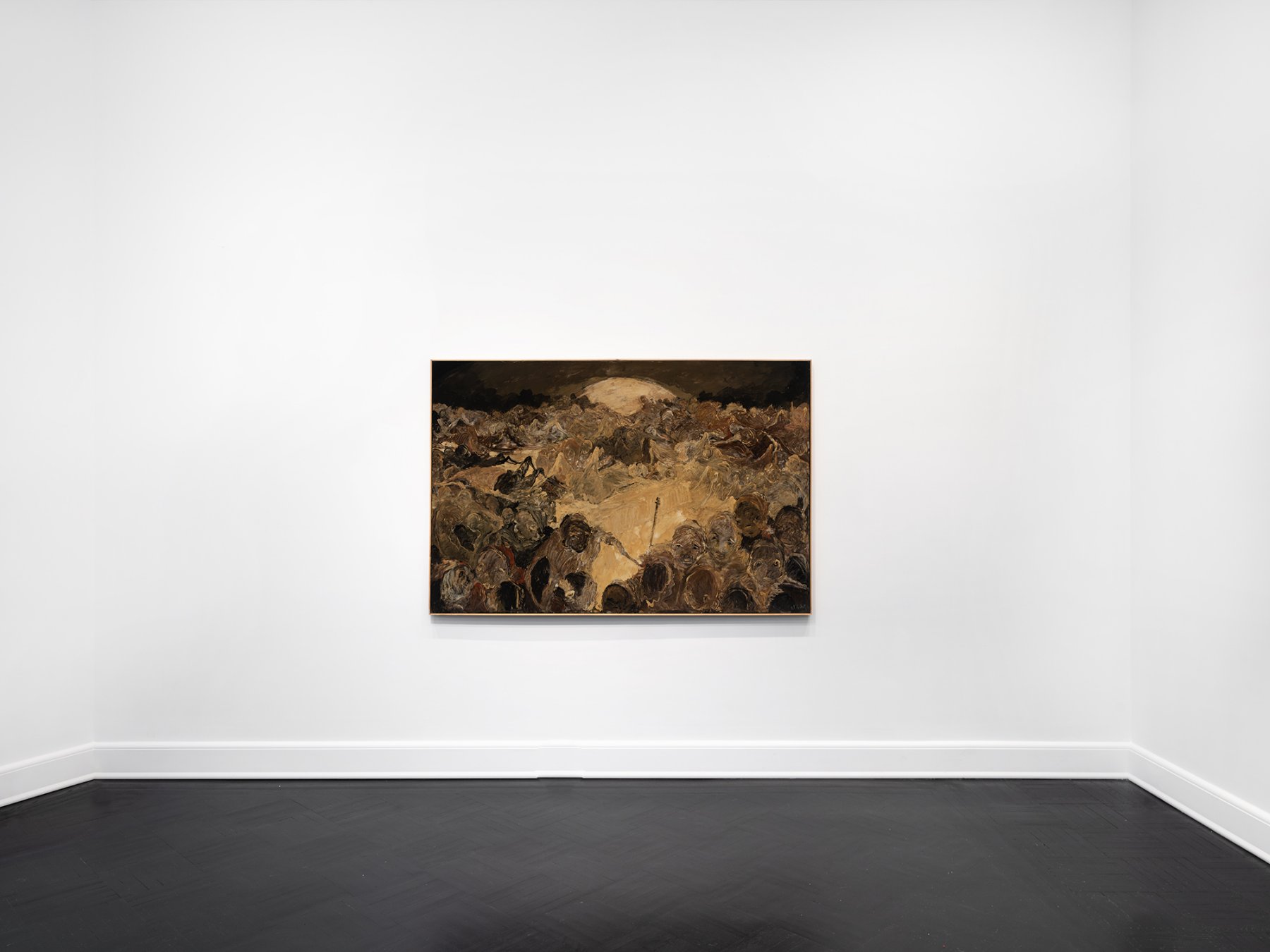 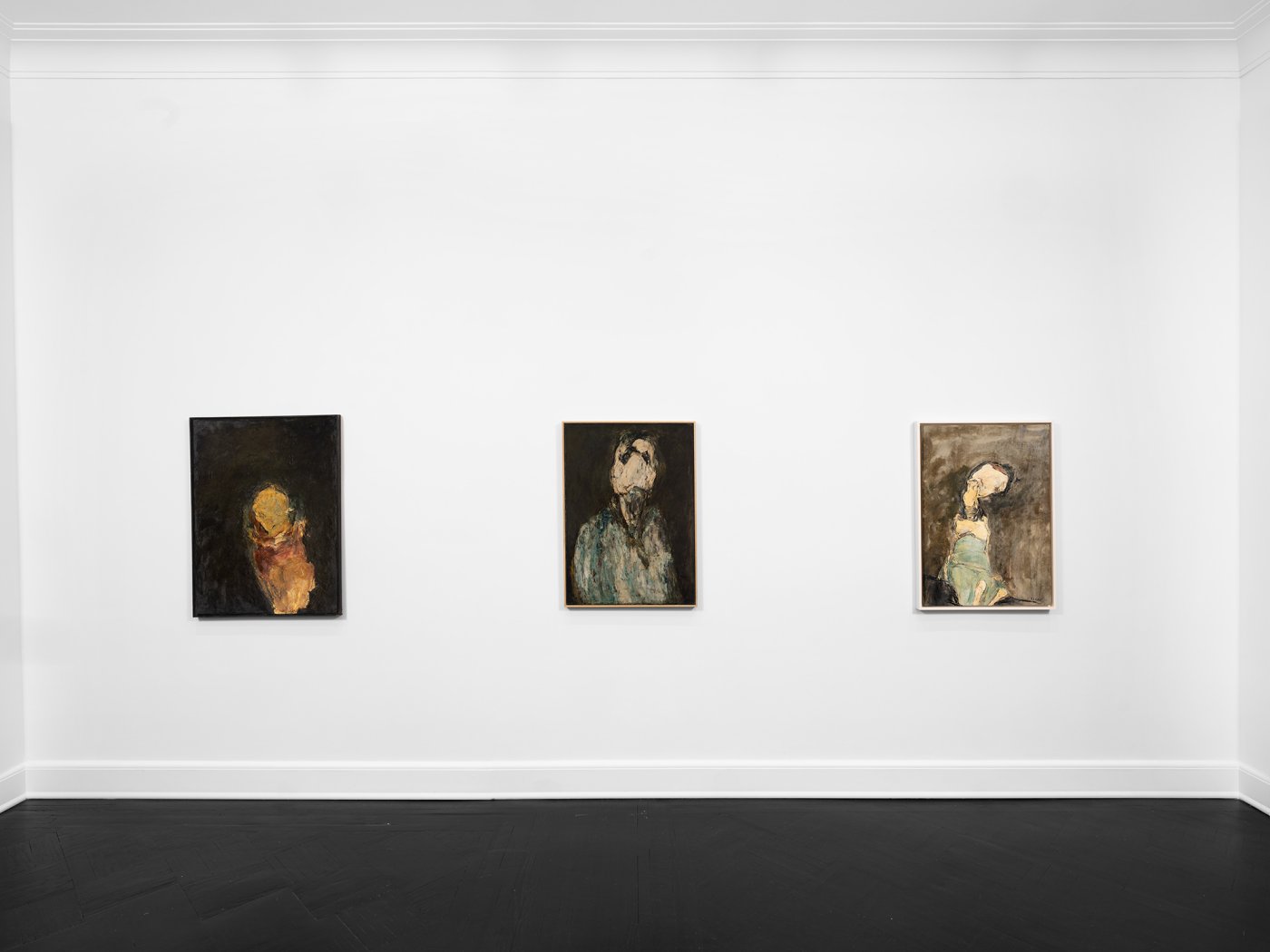 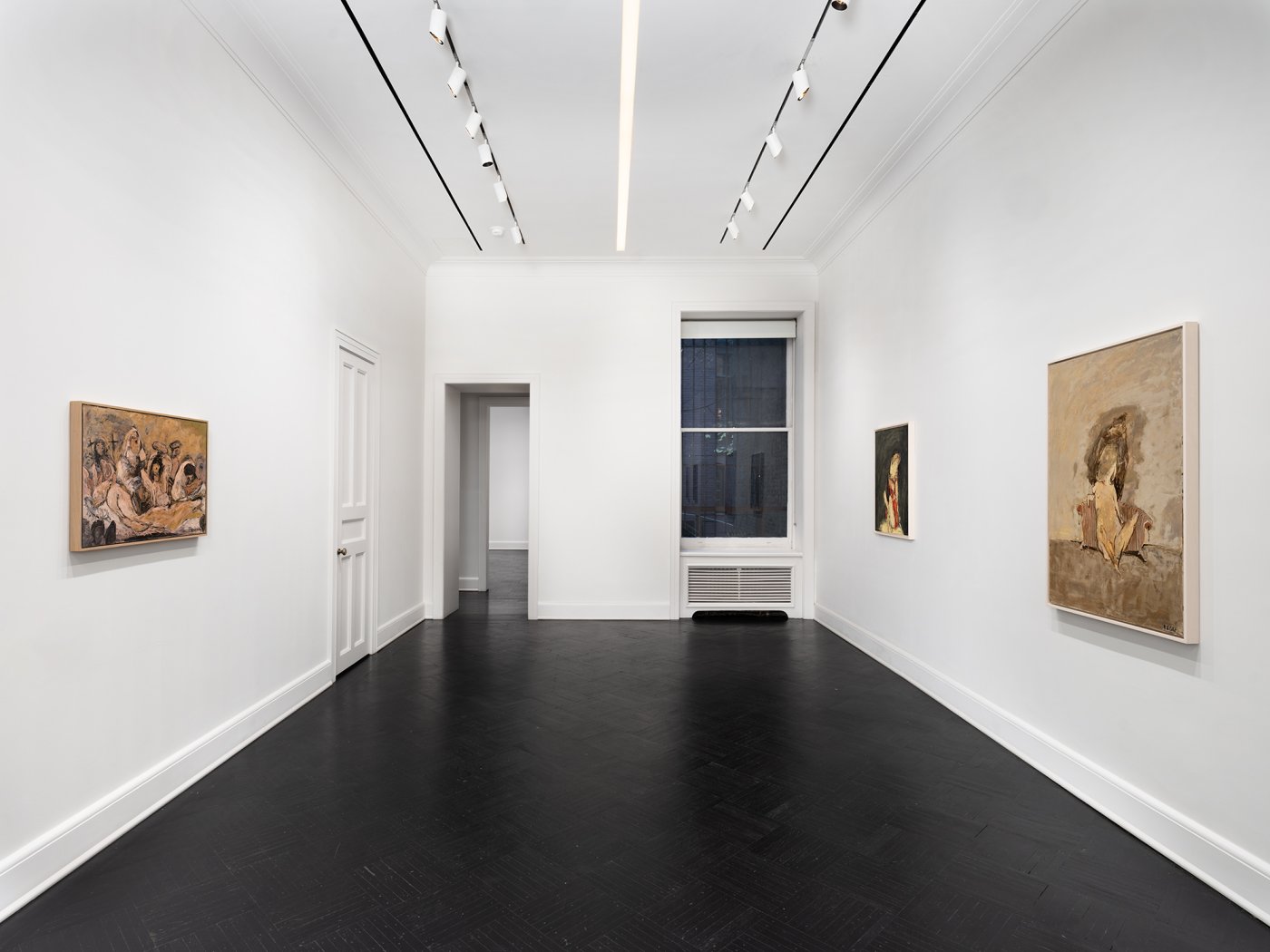 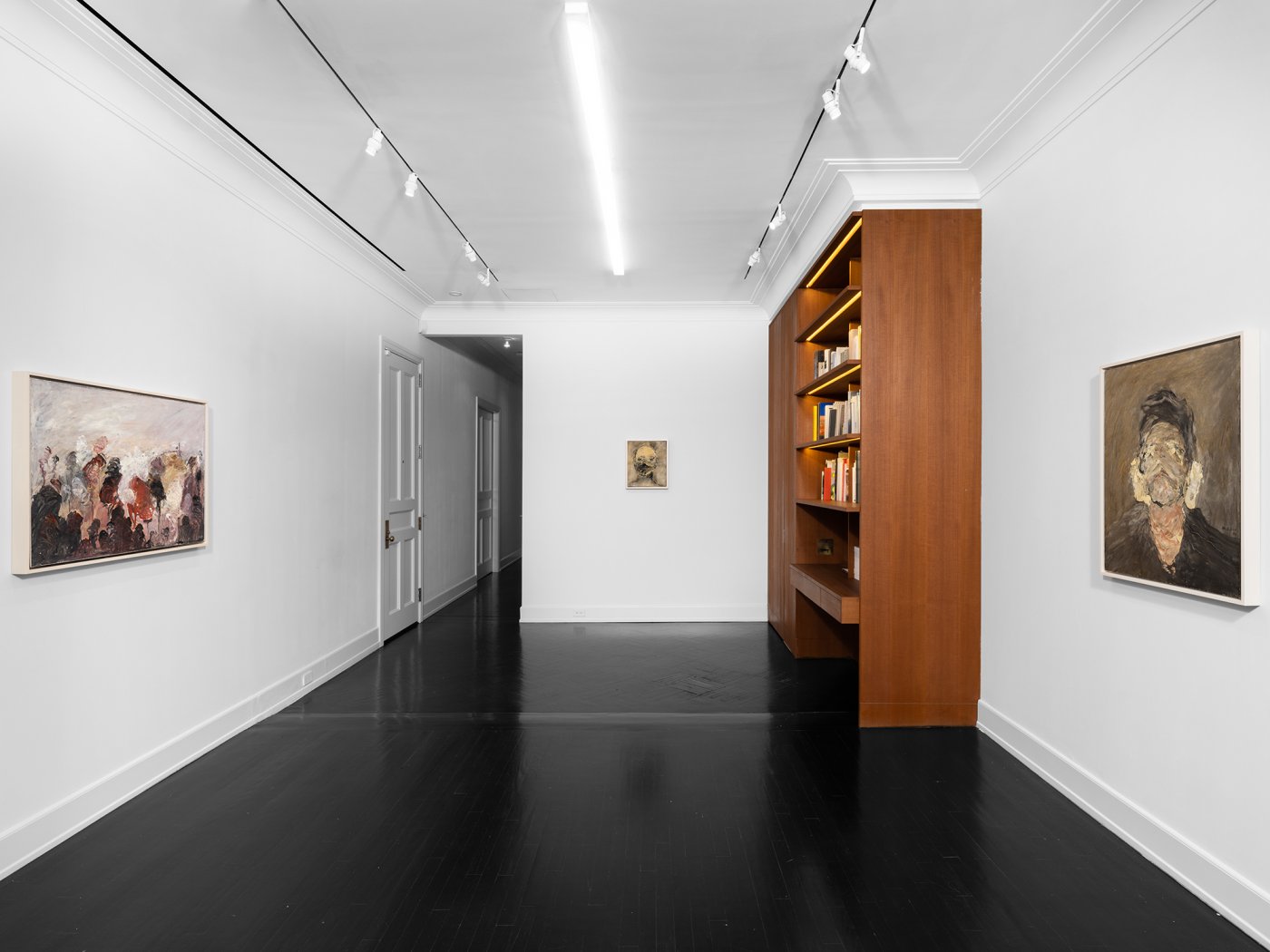 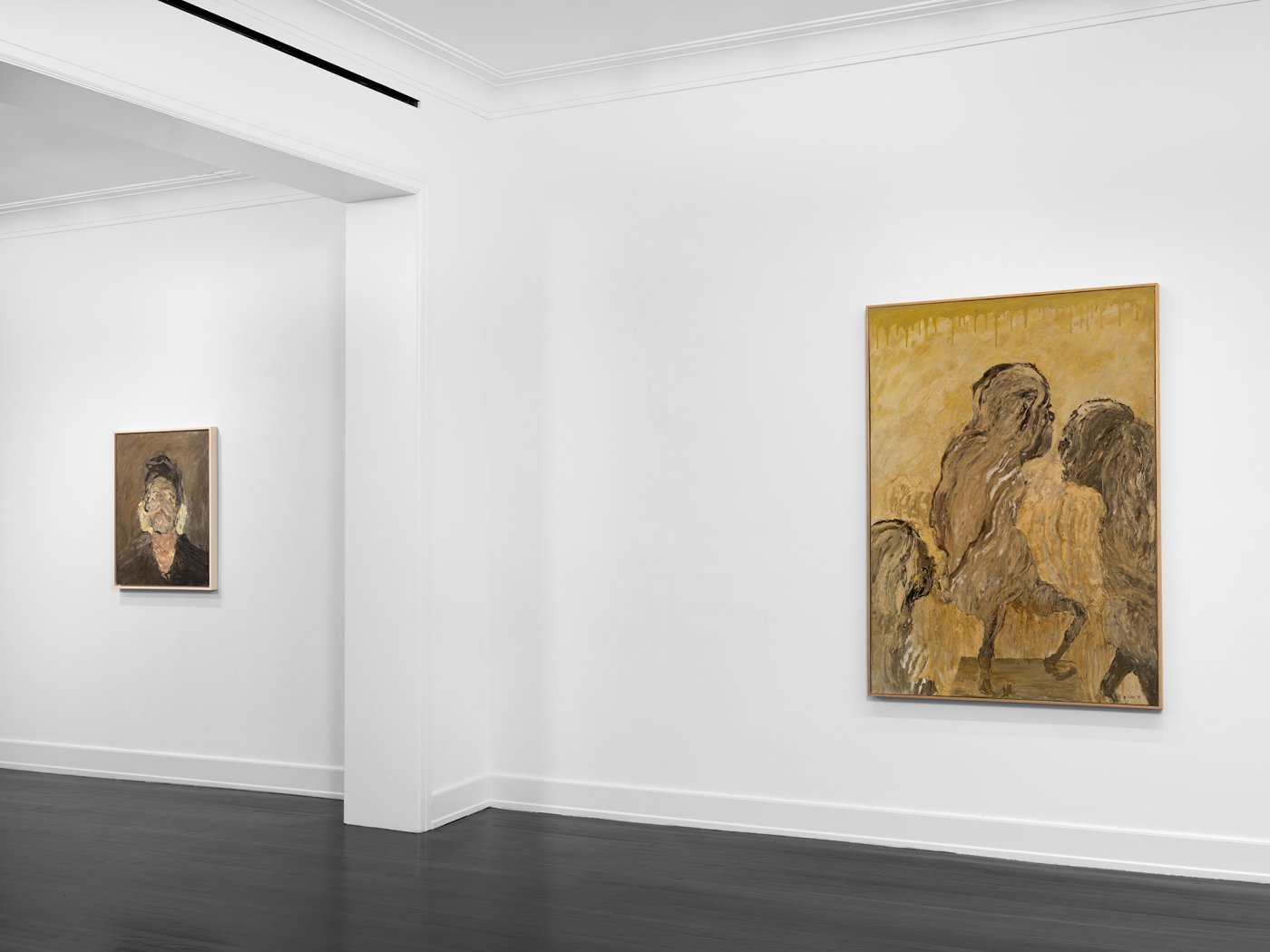 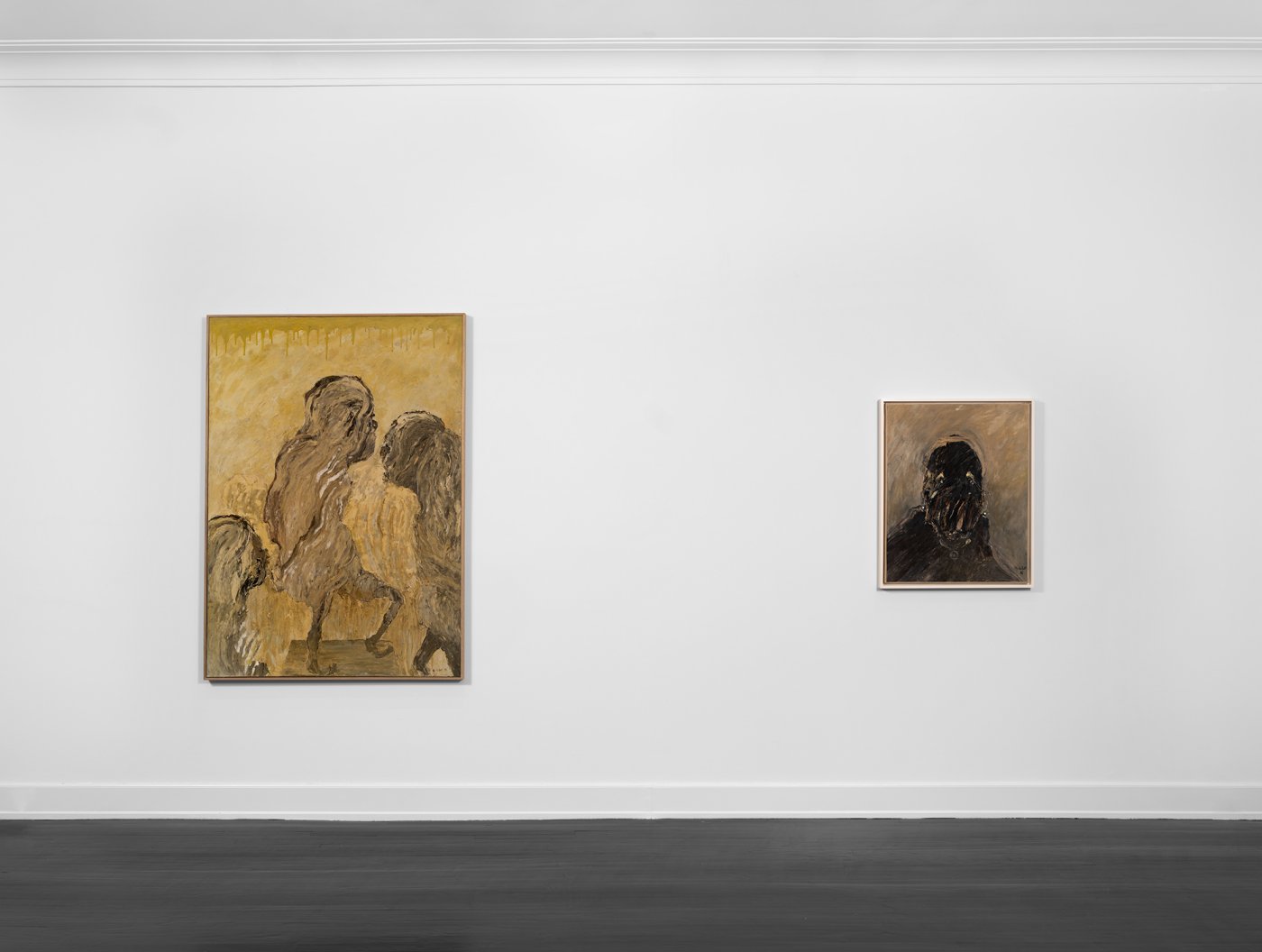 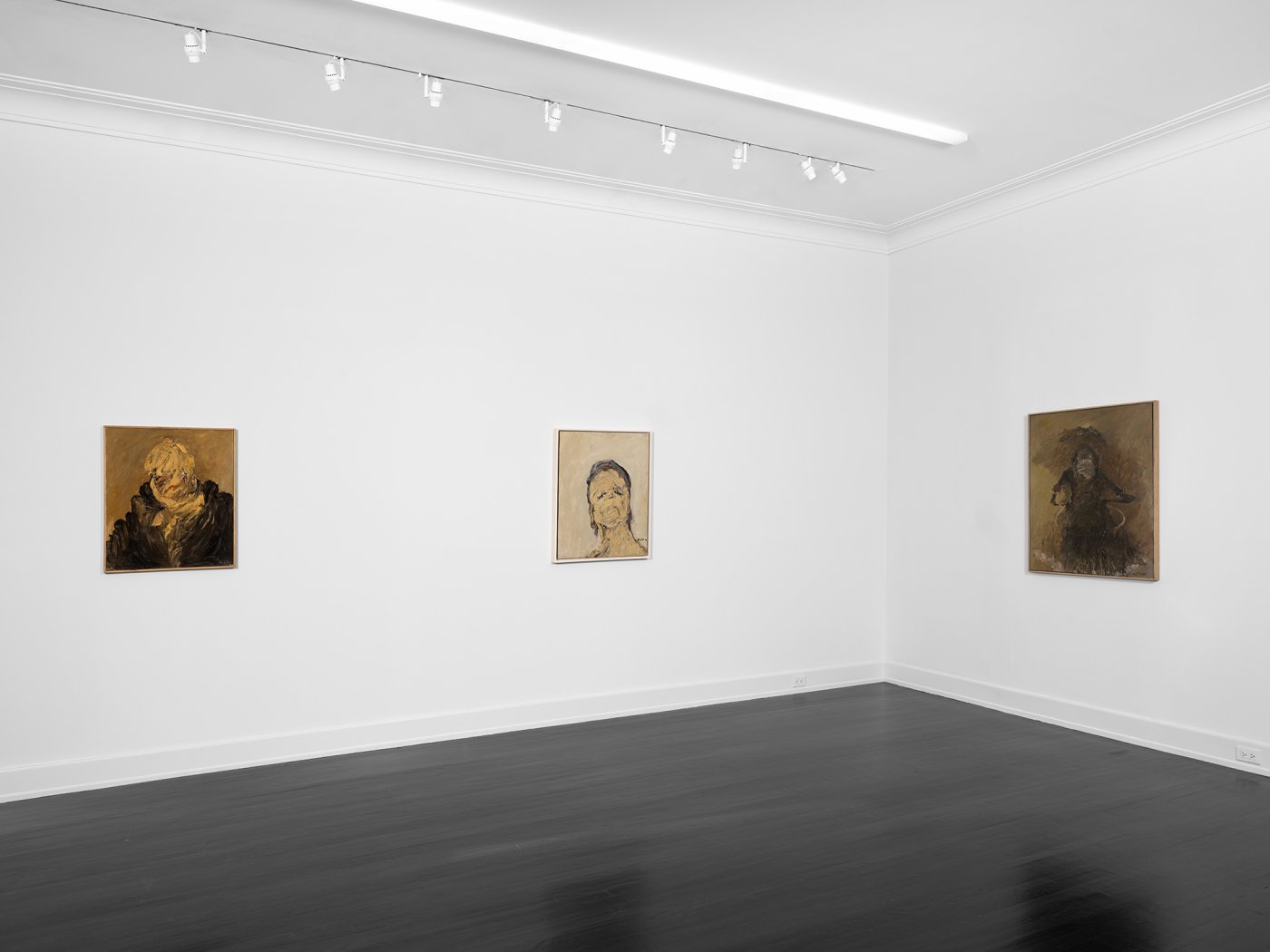 Prior to this shift, Gillet was championed by the two leading theorists of art informel, Michel Tapié and Charles Estienne, and showed alongside most of the prominent Parisian abstractionists. In 1956, French art critic Michel Ragon pronounced him “one of the ten best painters of the new generation.” But even then, Gillet had begun to entertain doubts about abstraction. On a 1955 visit to New York, he became riveted by El Greco’s portrait of a bespectacled cardinal at the Metropolitan Museum of Art. As he later recalled, “Faced with the cruelty of this gaze, I said to myself that with abstract painting one lost something: one could no longer paint the depths of that gaze.”

At once lyrical and grotesque, Gillet’s canvases employ virtuoso paint-handling to depict strange figures with distorted bodies, atrophied limbs and defaced heads. In both his portraits and crowd scenes Gillet favored a muted palette, dominated by umbers, ochres and blacks. Inspired by the horrors of the 20th century, as well as his childhood memories of carnivalesque Paris street fairs, Gillet shares an affinity for the abject with contemporaries such as Fautrier, Wols and Francis Bacon, but his greatest influences were historical: Goya’s Black Paintings, Daumier’s cruel satires of French jurists and Ensor’s hallucinatory crowd scenes.

In his essay for the exhibition catalog, critic Raphael Rubinstein suggests that the withered limbs and twisted bodies of Gillet’s figures may reflect the artist’s own bout with polio in his early 20s. Rubinstein also notes how close Gillet’s “preoccupations are to some of the central themes in 20th century French intellectual and literary culture, from the tortured visionary writings of Artaud to the cruel satire of Louis-Ferdinand Céline, from Bataille’s description of a ‘base materialism’ that can disrupt oppressive social orders to Julia Kristeva’s theorizing about abjection.”

The current exhibition includes 21 paintings made between 1965 and 1998, offering viewers a carefully chosen introduction to Gillet’s unsettling vision. It is accompanied by a fully illustrated catalogue. Gillet is represented in many major European museums, among them the Musée National d’Art Moderne at the Centre Pompidou, the Musée d’Art Moderne de la Ville de Paris and the Louisiana Museum of Modern Art in Denmark. In 2021, Galerie Nathalie Obadia, Paris, presented a solo show of Gillet’s work.

Born in 1924 in Paris, Roger-Edgar Gillet lived between Paris, Sens and the Saint-Malo region, where he died in 2004. A graduate of the École Boulle and the École Nationale Supérieure des Arts Décoratifs, Roger-Edgar Gillet first worked as a decorator before devoting himself to painting. Very early on he was defended by Michel Tapié and Charles Estienne, and was part of a post-war generation of French painters, that of the Seconde École de Paris, and distinguished himself by a practice ranging from lyrical abstraction to expressionist figuration in the vein of Jean Fautrier, Paul Rebeyrolle and Jean Dubuffet.

From 1951 to 1957, Roger-Edgar Gillet participated in numerous exhibitions in historical galleries such as Craven, Claude Bernard, Rodolphe Stadler and Jeanne Bucher, before being represented by the Galerie de France (1956-1963) and the Galerie Ariel, embodied by the art dealer Jean Pollak (1964-2002), which devoted 18 shows to his work. The artist also collaborated on a regular basis with the Galerie Stéphane Janssen from 1967, as well as with several foreign galleries such as Lorenzelli Arte in Italy and Nova Spectra in The Hague. Roger-Edgar Gillet has also participated in a number of group exhibitions dedicated to the Parisian scene at the Redfern Gallery in London, the Marlborough-Gerson Gallery in New York and the Bussola Gallery in Milan.

The artist has also benefited from important group shows such as: 10 ans d’art français at the Musée de Grenoble in 1956, Les uns par les autres at the Palais des Beaux-Arts de Lille in 1979, Aspect de la peinture contemporaine 1945-1983 at the Musée d’Art Moderne de Troyes, Face à face, tête à tête at the Musée Ingres de Montauban in 2004, L’Envolée Lyrique, Paris 1945-1956 at the Musée du Luxembourg in Paris, Salah Stétié et les peintres at the Musée Paul Valéry in Sète in 2012; as well as abroad, several shows at the Louisiana Museum in Denmark, including Les nouveaux expressionnistes in 1985.

More recently, Roger-Edgar Gillet’s work has been presented in the exhibitions Construire une collection at the Musée des Beaux-Arts de Rennes and De Tiépolo à Richter at the Musée d’Art et d’Histoire de Bruxelles in 2018; as well as Recent Acquisitions of the Cabinet d’art graphique in 2018 and Galeries du XXe siècle in 2019 at the Centre Pompidou. Roger-Edgar Gillet was also awarded the Prix Fénéon in 1954 and the Catherwood Prize in 1955.