Lehmann Maupin presents the first double exhibition of work by artists Nari Ward and Robin Rhode. This special exhibition at Lehmann Maupin Hong Kong is the first presentation of Ward’s work in Hong Kong and the first time the two artists are in dialogue with one another. The exhibition highlights the ways both Rhode and Ward uniquely engage with the wall through an accumulation of marks that produce large-scale drawings steeped in socio-political subtext. 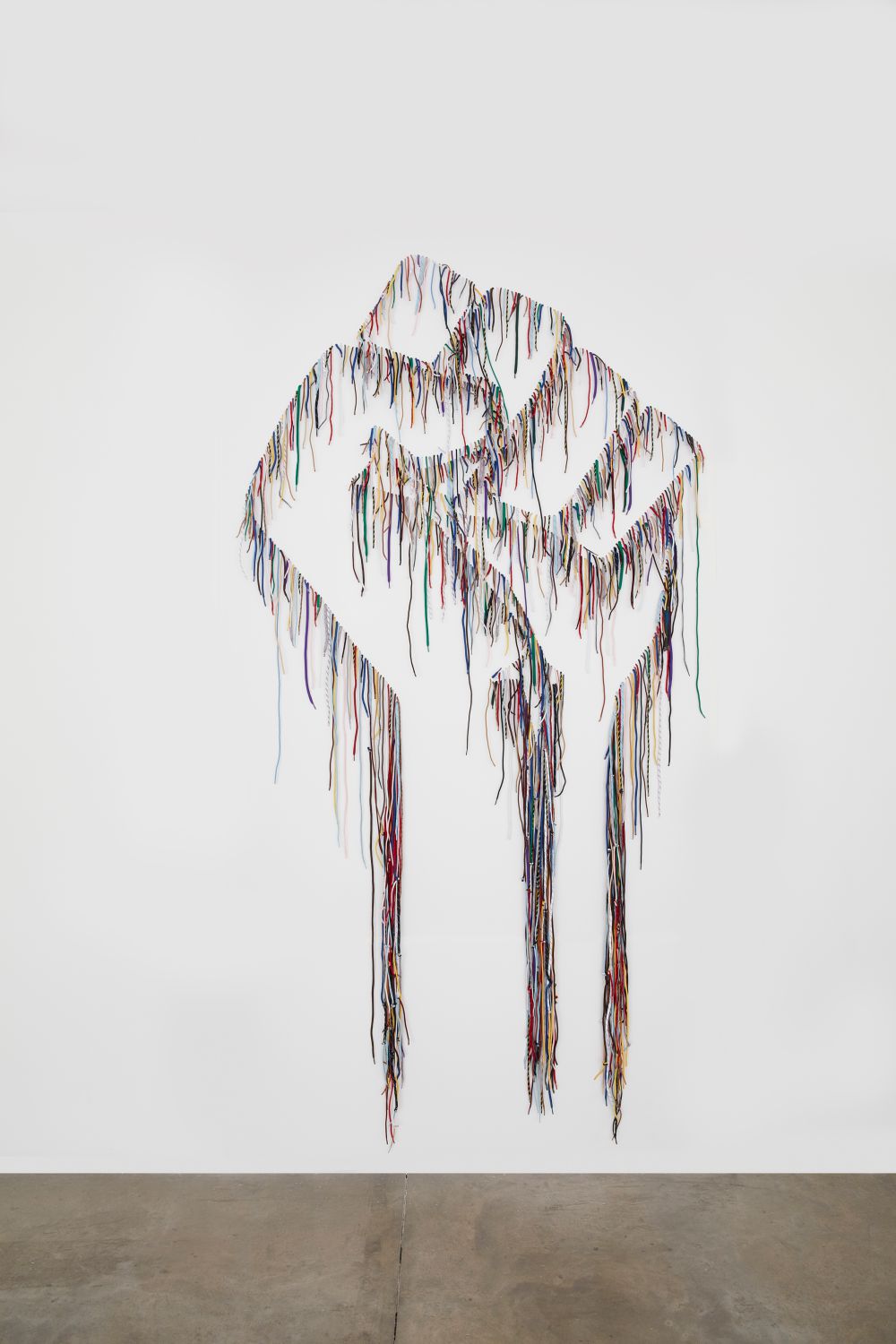 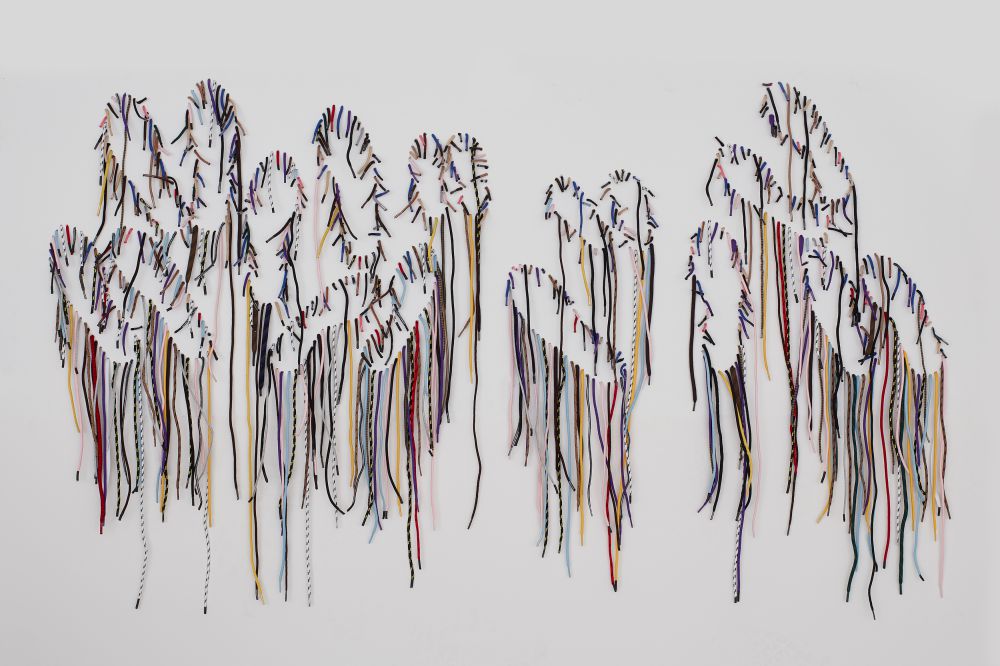 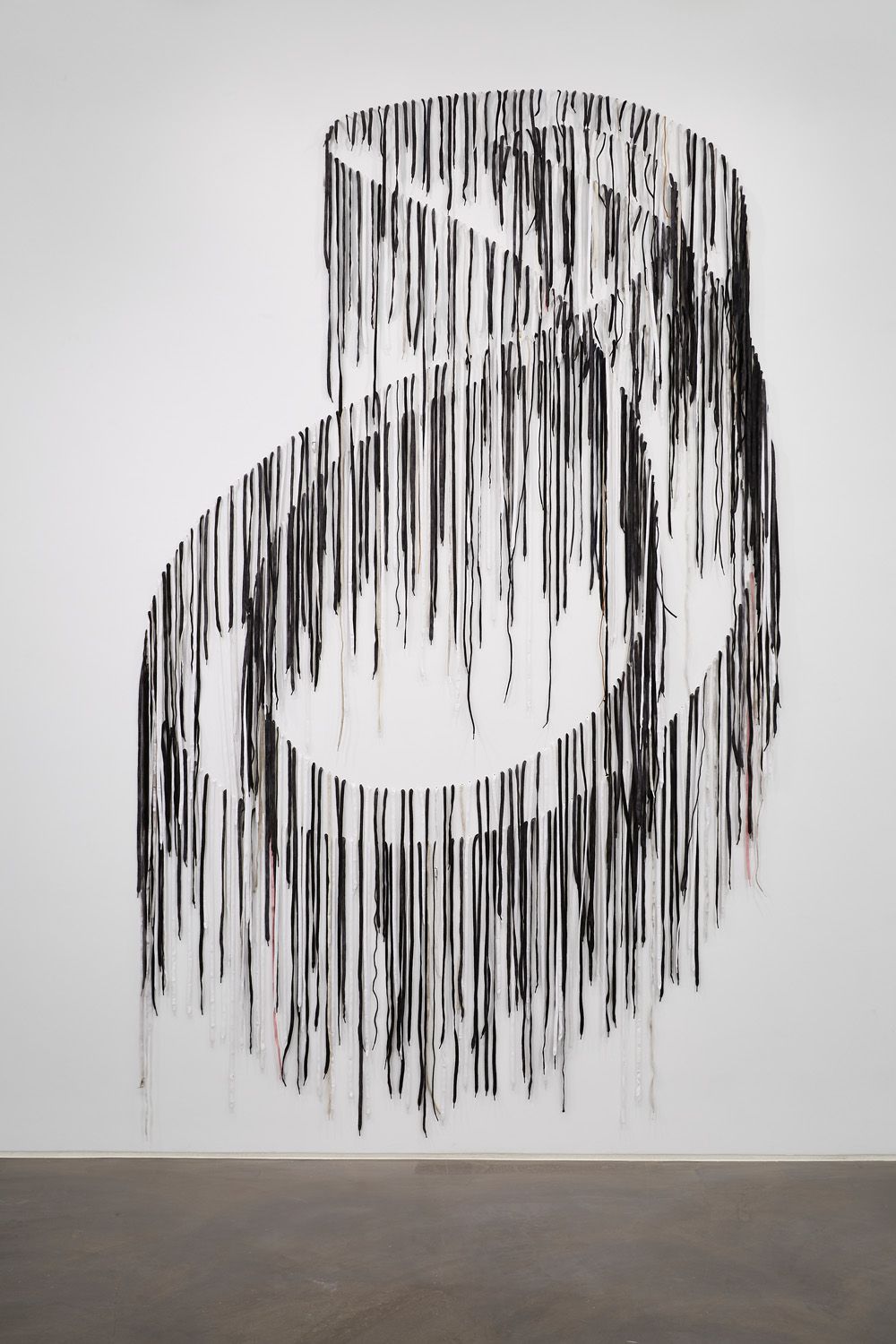 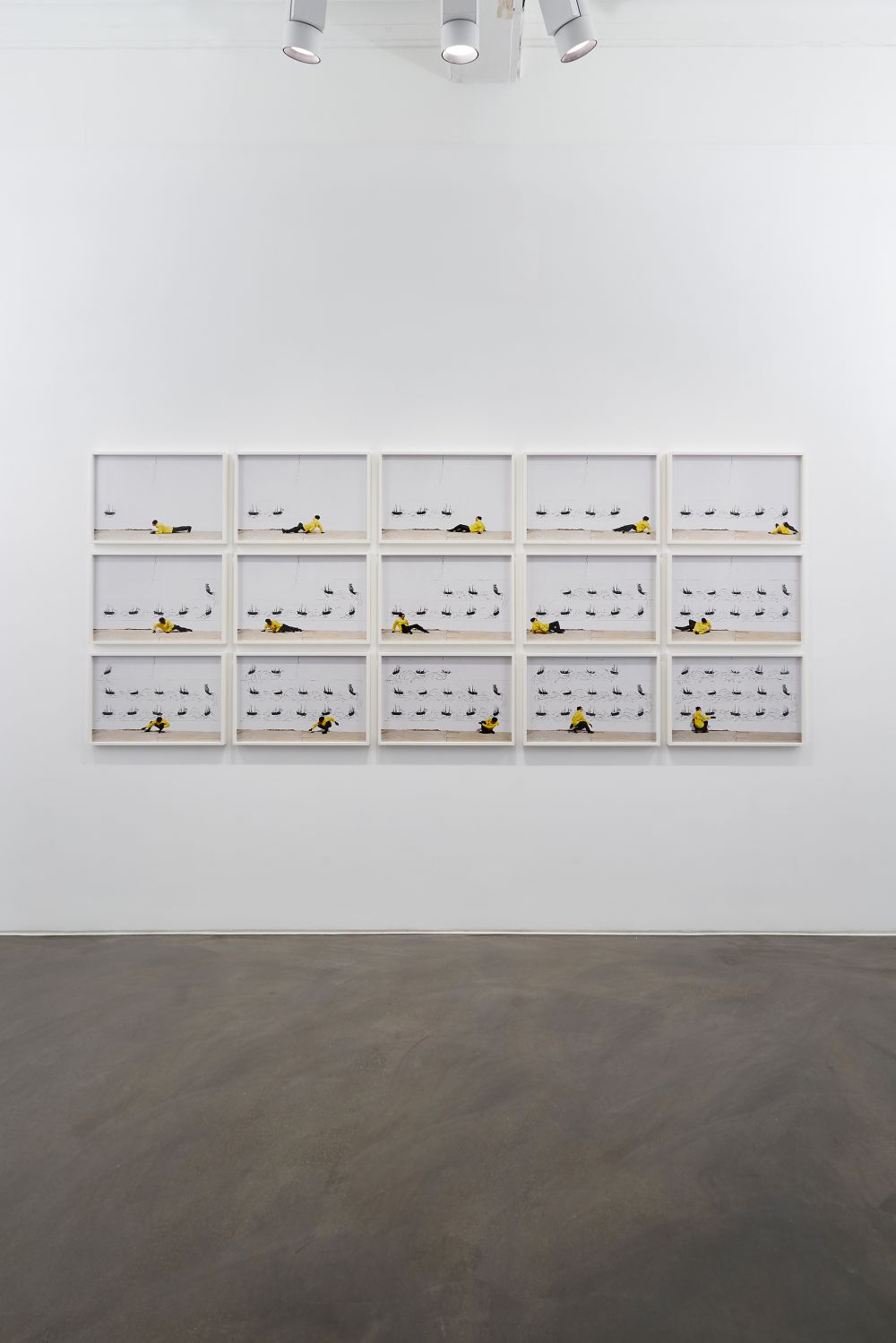 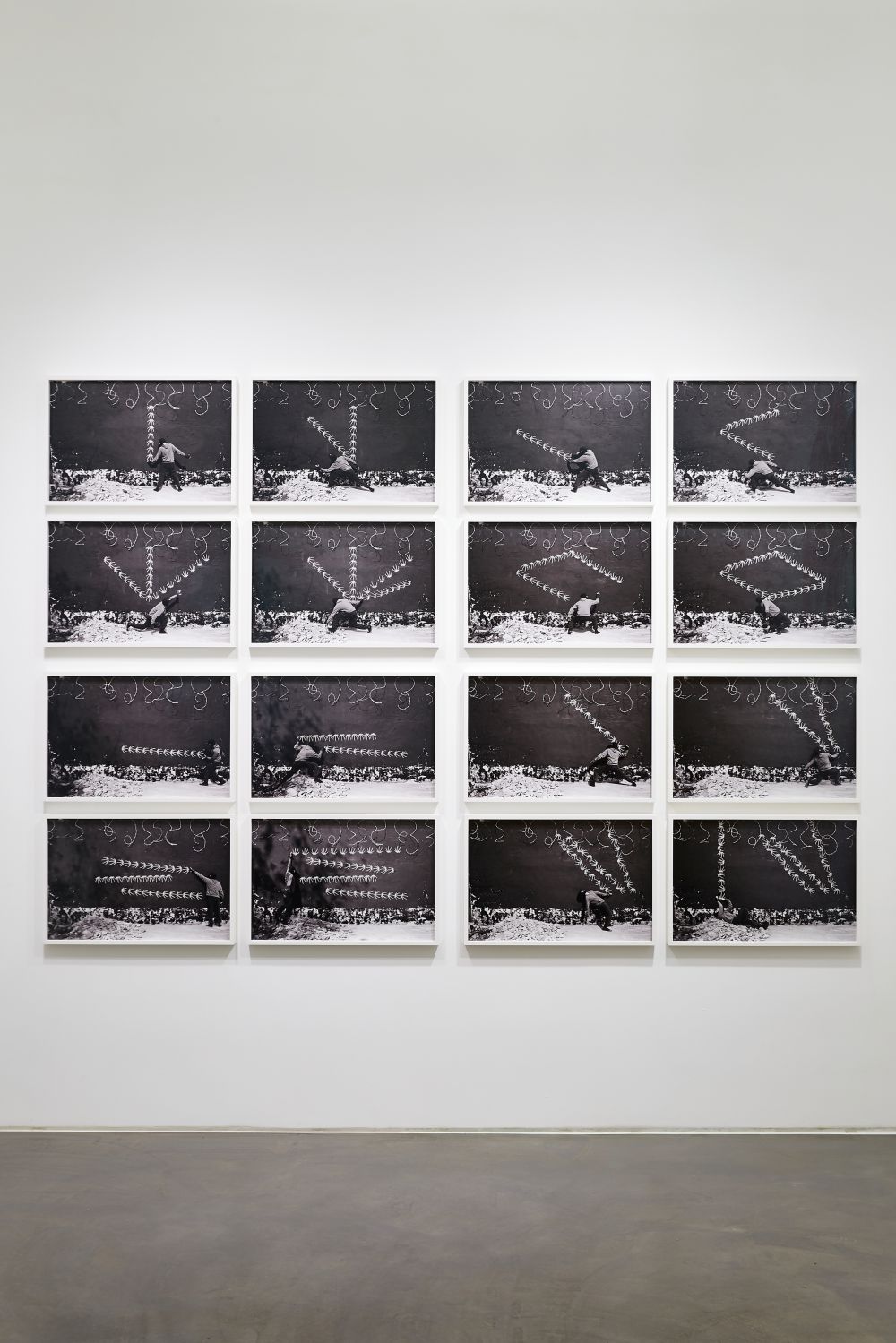 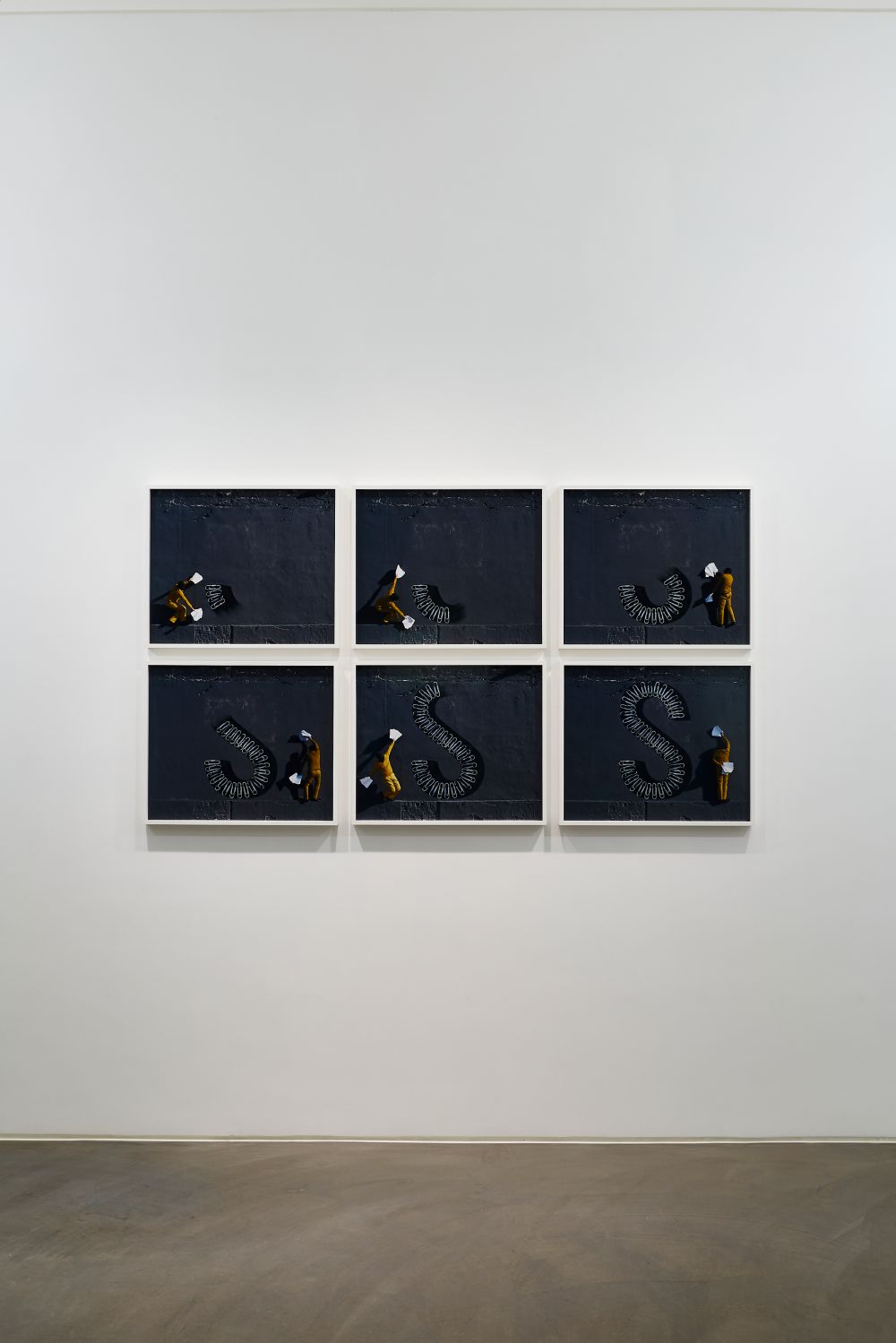 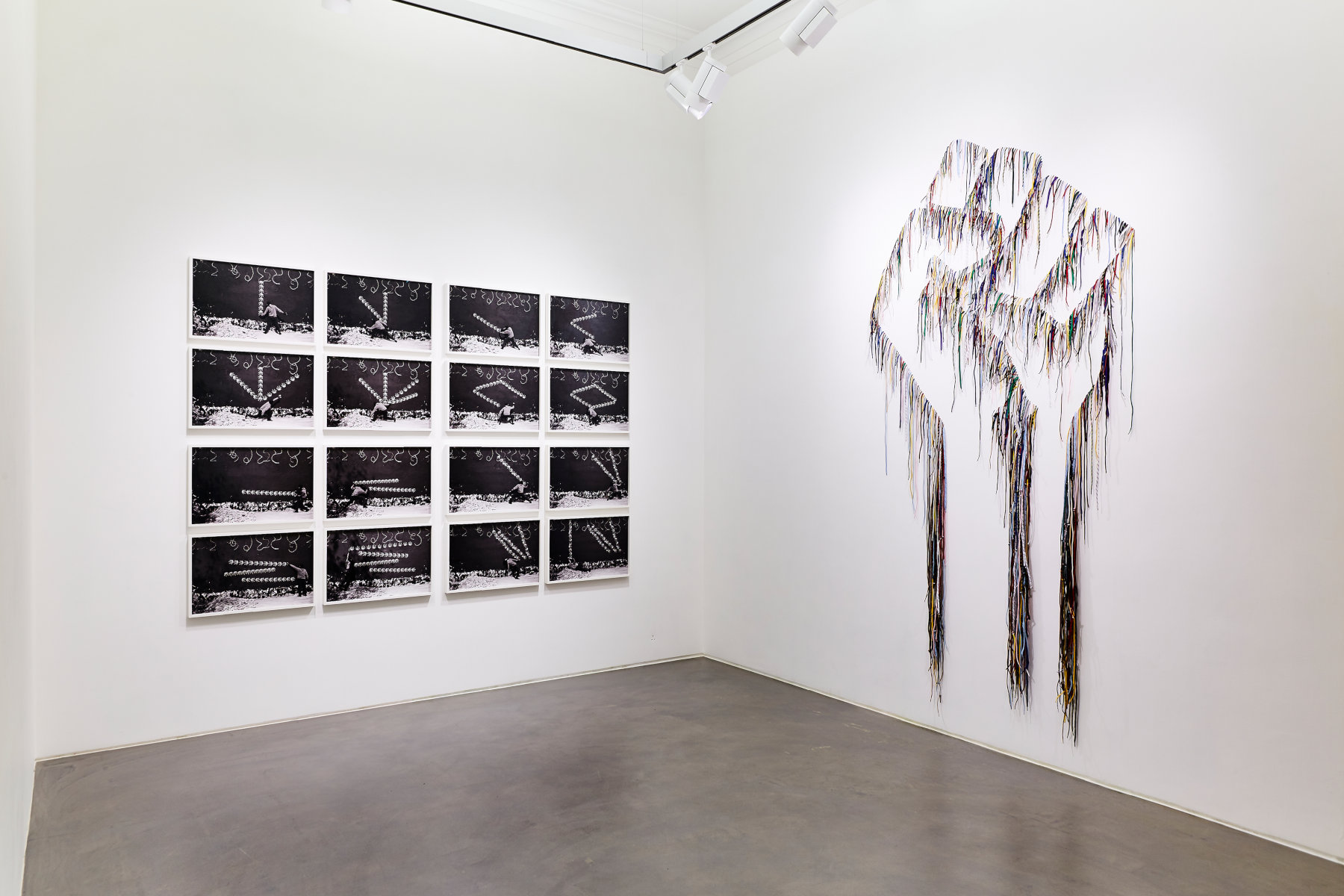 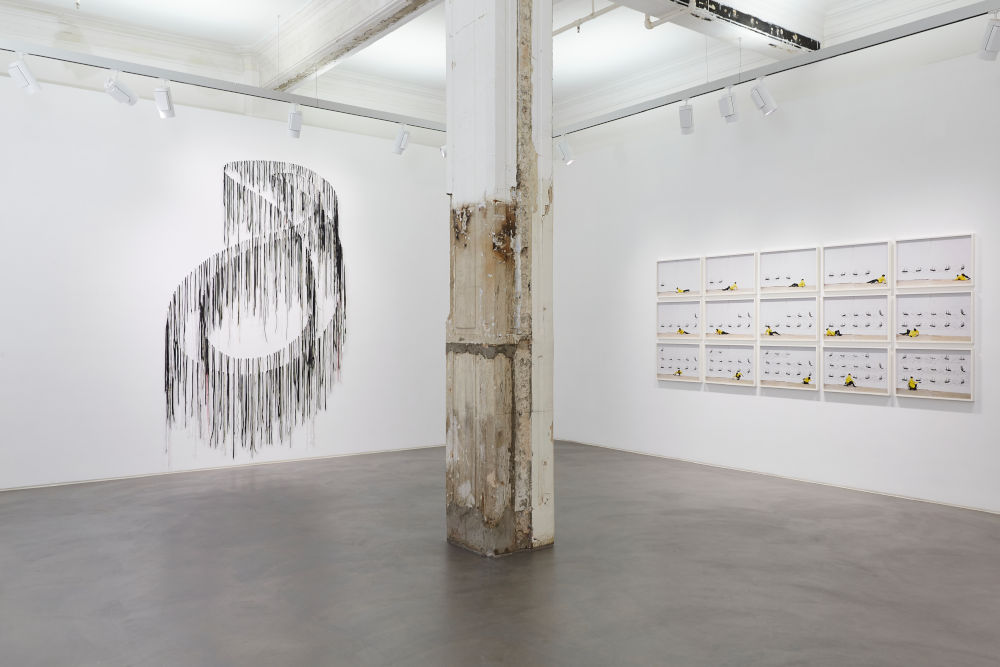 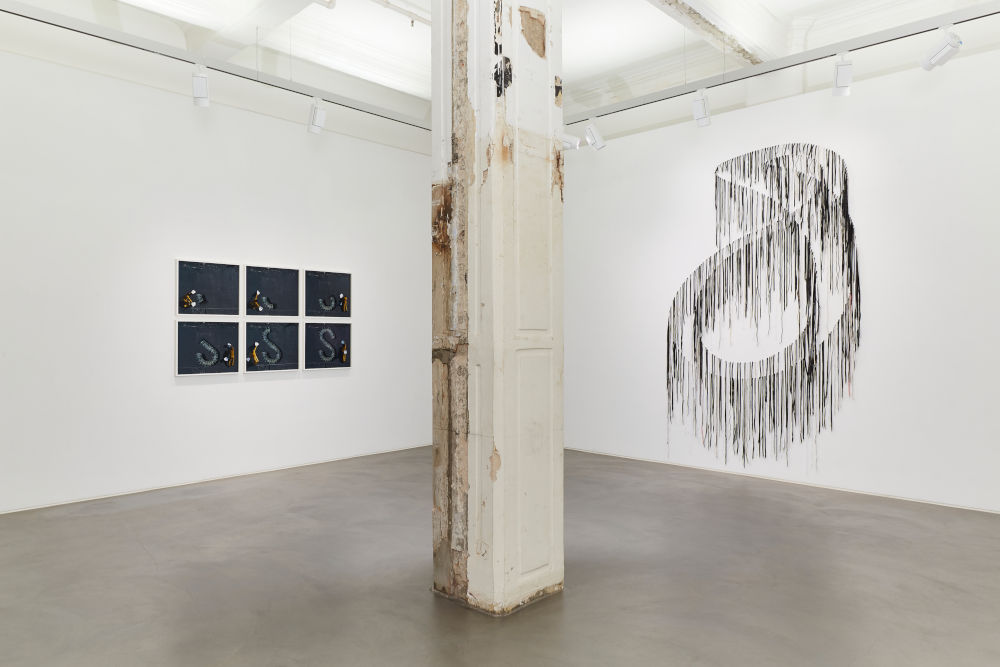 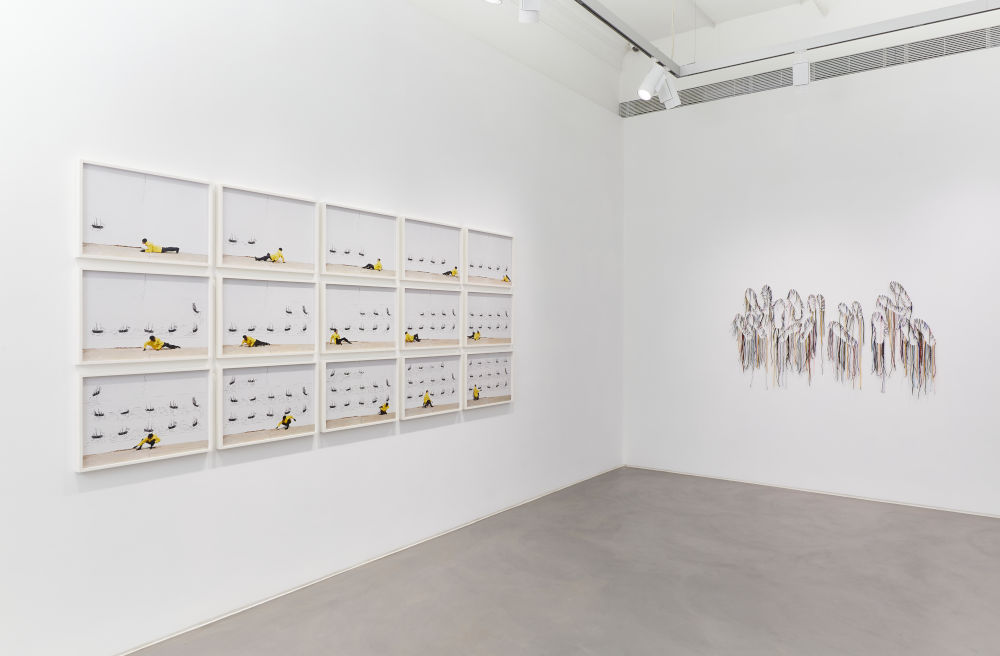 Based in New York, Ward is renowned for his ability to combine politics and historical references with personal identity, creating work that is unifying and humanistic at a time of extreme division worldwide. Rhode, who is now based in Berlin, came of age in the newly post-apartheid South Africa and was exposed to novel forms of creative expression motivated by the spirit of the individual rather than dictated by a political or social agenda. Together, Rhode and Ward offer a unique perspective of our complex socio-political world through their politically subversive work.

Following his critically-lauded retrospective We the People that premiered at the New Museum, Ward has established himself as an opposing voice amidst current dominant narratives. Distancing himself from superficial interpretation and overt political commentary, Ward instead provides a perspective on the dichotomy of power and its aesthetic and cultural manifestations. Early in his career Ward built a reputation for repurposing found objects and placing them in juxtapositions that highlight their functional purposes, cultural associations, and metaphorical potential. Often choosing media sourced from his neighborhood, his proximity and intimacy to these materials allowed Ward to subtly incorporate his own lived experience into the work. This methodology has persisted throughout his career, evolving as he has pushed the boundaries of his dominant medium of sculpture and assemblage into wall mounted works that engage with the history of art as well as consumer culture and social justice issues.

Featured in this exhibition is a recent work by Ward titled Power Wall – Power People (2019), from his signature shoelace series where he renders words and phrases out of shoelaces inserted into a wall. For the artist, who ascribes a certain amount of animism to his materials, the shoelaces make general reference to an anonymous mass of people through their ubiquitous universal use. The audience’s familiarity with this material is tantamount, as Ward prioritizes the experience of the viewer and their ability to find a personal entry point over grand, overarching ideology and statement. This installation presents a clenched fist, the universal symbol of solidarity. Ward here provides an alternate consideration of power, as well as its aesthetic and cultural manifestations. Rendering the symbol with shoelaces not only disturbs and destabilizes the traditional iconography but also hints more broadly at the human tendency to strive for power and authority. Ward leaves the viewer to reconsider the importance and power of collective solidarity and action in the face of contemporary adversity.

Rhode is known for his photographic series that merge photography, performance, drawing, and sculpture to create visual narratives that are brought to life using quotidian materials such as soap, charcoal, chalk, and paint. Rhode often uses walls that stand in socially disadvantaged districts, where he documents a sole protagonist interacting with murals that the artist paints onto the wall’s surface. Rhode has created works on public walls in Johannesburg and Berlin, and more recently in the city of Jericho. In a succession of photographs, the movements of the actor appear to alter the two-dimensional renderings, compressing space and time and transforming the urban landscape into a fictional storyboard. In contrast to Graffiti and Street Art, however, Rhode is not interested in what he leaves behind in the urban context, but rather in the process of creation. Step by step, he photographically documents the development of narratives on his stone canvas, which in turn bears marks of its own history.

Rhode’s photographic work is heavily influenced by the early methods of motion photography and motion pictures, which is particularly evident in the work S (2014). Throughout the performative and photographic narrative, the letter “S” is transcribed through the repetitive formation of the drawn paperclip as well as the physical action of the character in the frame. In this work, Rhode utilizes physical properties―torsion and elasticity―to create an imaginative friction between the body, the sheets of paper the figure holds in his hands, and the letter “S” during the narrative progression. The letter “S” here is a reference to the infinity symbol, and symbols and forms of infinity in mathematics have become an inspiration for the artist.

Melding individual expressionism with broader socio-economic concerns, both Rhode and Ward explore a rich range of historical and contemporary references and showcase their ability to blend high and low art forms. While Rhode reduces complex, at times even socially critical or analytical content to a few visual signs or, as he puts it, simplifies chaos with the means of art, Ward uses shoelaces in an alternative context to examine issues related to race, poverty, and consumer culture. Both artists’ use of quotidian materials―shoelaces for Ward and soap, charcoal, chalk, or paint for Rhode―emphasize a sense of solidarity, community and collectivity, as well as an alternative method to drawing. They each utilize the wall (of the gallery or the street) as spaces to activate and the surface for which they make their marks. The viewer is drawn into their acute aesthetics, awakening a sense of consciousness through their performative activist practices.

Ward has received numerous honors and distinctions including the Fellowship Award, United States Artists, Chicago (2020); Vilcek Prize in Fine Arts, Vilcek Foundation, New York (2017); the Joyce Award, The Joyce Foundation, Chicago (2015), the Rome Prize, American Academy of Rome (2012), and awards from the American Academy of Arts and Letters (1998); the Pollock-Krasner Foundation (1996); and the National Endowment for the Arts (1994). Ward has also received commissions from the United Nations and the World Health Organization.