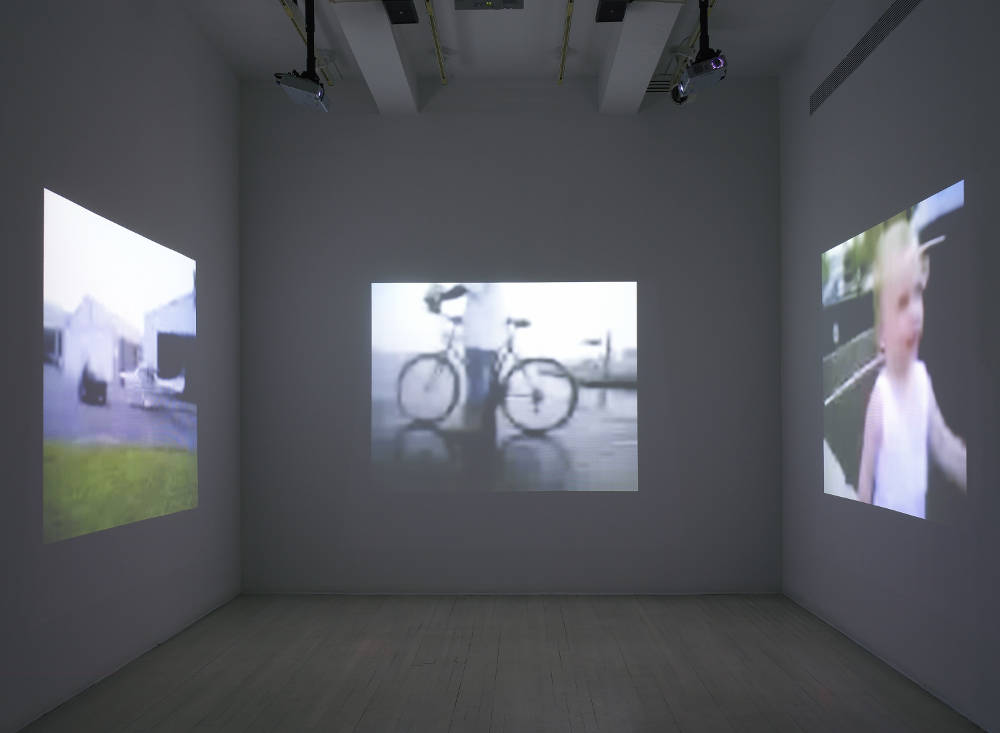 Since his emergence as part of New York’s downtown art scene in the late 1950s alongside artists such as Lucas Samaras, Allan Kaprow, Claes Oldenburg, and Jim Dine, Whitman has continually engaged new technologies and challenged traditional genre conventions.

On the occasion of the exhibition, Whitman will perform a new work, Seoul – New York: Kids Exchange, at Culture Hub from November 30 – December 2. Playing on two screens, the work incorporates audio and visual footage of children in Seoul and children in New York reporting on their local surroundings. Pace will also publish a full-color catalogue, featuring a new essay by writer and documentary filmmaker Adam Harrison Levy.

Drawing together over 30 works from 1957 through 2018, the survey exhibition highlights a range of pivotal moments throughout Whitman’s career and underscores his ever-evolving and experimental approach to art- making. Beginning with a selection of the artist’s earliest works on paper from the late 1950s, 61 also includes his first sculptural installation—Untitled (1957), an over 10 1⁄2 – foot long thread hanging from the ceiling—and continues through to selections from his most recent series Soundies (2015)—audiovisual works that feature a sonically evocative still image, such as a burning match or a diving board, complemented with an audio recording of the associative sound.

Whitman created some of the first, and most significant, mixed-media performance works of the late 1950s and early 1960s, and this exhibition features three of the artist’s first four Cinema Pieces made in 1963-64, including Window (1963), Shower (1964), and Dressing Table (1964 and 2018). In each transformational work, an everyday action is depicted by fusing a filmed image of that action with the physical object with which it is associated—in Shower, a film of a woman taking a shower is projected in a continuous loop onto a curtain, behind which various liquids, including water and colored paints, cascade inside a metal shower stall.

Earlier this year, Whitman revisited Dressing Table to create a new version specifically for this exhibition, remarkably using the same performer over five decades after he created the original work. The 1964 Dressing Table includes a table cluttered with cosmetics and a mirror, which works as a secondary projection device for the film that pictures a woman, Susanna Wilson (de Maria), carefully applying brightly colored makeup and skin creams. In the new work, Whitman has added a second, identical table and mirror, and created a second film that again shows Wilson applying various makeups and face-creams. The two tables face one another at an angle, fostering the sense of a conversation or exchange taking place over 54 years. Throughout the nearly 40-minute- films, there are moments of striking similarities in mannerism and expression, juxtaposed with the stark distinctions of time.

A founder of Experiments in Art and Technology (E.A.T.) in 1966 with Robert Rauschenberg and leading engineers Billy Klüver and Fred Waldhauer, Whitman was one of the earliest artists to think critically about the integration of new technologies not only in his practice but across the field of contemporary art. Throughout the late 1960s, E.A.T. established regional chapters across the U.S. designed to catalyze and nurture collaborations between artists and engineers. A highlight of 61 is the ambitious multiscreen video and sound installation Local Report (2005), most recently presented in an exhibition dedicated to E.A.T. on view this past summer in Seoul, Korea at the National Museum of Modern and Contemporary Art.

In a foreshadowing of social media’s ubiquity, Local Report encompasses performances in which participants were asked to use video cell phones, in their infancy in 2005, to transmit images and sounds from their communities. The performances were streamed live to the project’s website, and now comprise the video and sound components of the installation. Local Report grew from an earlier work News (1972), in which Whitman gave coins to people in Manhattan and sent them to payphones all over the city to make a report of what they saw from each phone, which were broadcast live on local radio. As payphones gave away to cell phones and radio gave way to the Internet, Whitman has embraced these new tools and infused them within his practice – one grounded in exploring the elusiveness of perception and always challenging our ways of looking.