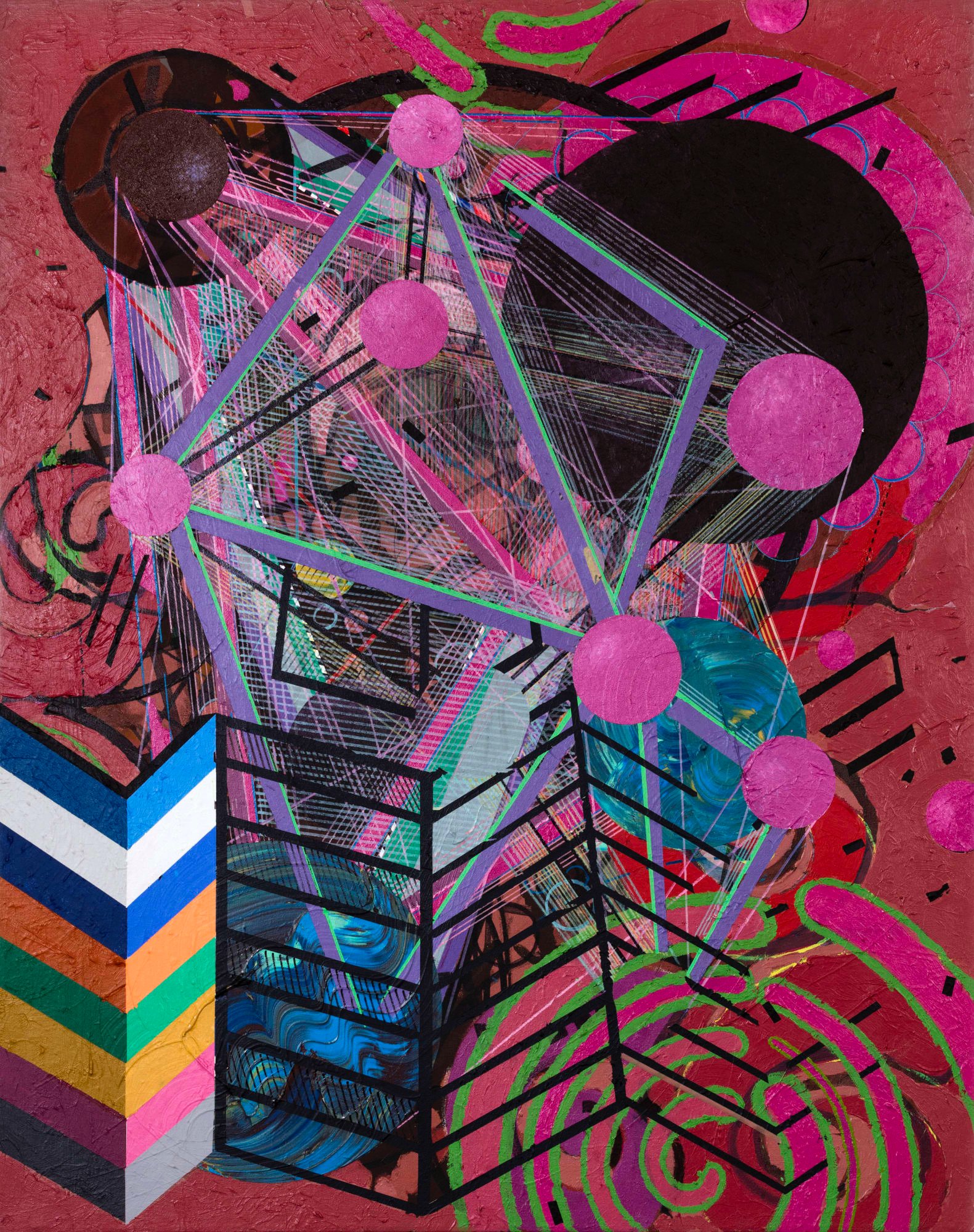 The exhibition presents works from two of the six distinct series in the artist’s oeuvre: Plum Nellie and Galactic Journal. Articulated over a number of large canvases and smaller monotypes, drawings and collages, the Plum Nellie series from the early 1970s holds strict forms in playful counterpoint. A selection of larger works was presented in Reed’s major 1973 solo exhibition at the Whitney Museum, New York. The artist can be seen beginning to work with some of the forces he encountered as a student in his first outdoor landscape experience at Yale’s Norfolk programme. “For me these are landscapes… when I begin to make moves in a painting, I am basing them on some reaction to a landscape space.” “Plum nellie” is an expression Reed heard growing up in the South, where he remembered the older generation using it to mean “damn near.” As he recalled, one day he was mixing colours for a painting, trying to think of a title and began saying to himself, “Oh, it’s not there yet. Not there. Plum nellie…”

The artist’s Galactic Journal series was created in the 1990s and early 2000s. Dynamic compositions of circles, spheres, spirals and bands are held within a taut, diagrammatic containment, so that the vivid areas of colour and form evoke a universe in a delicate balance of expansion and contraction. In Reed’s words, the paintings are all “related to an experience that I have had, that I had in the past, currently have or wish to have…and that for me is my sort of journal…so charged with experiences.”

An abstract painter, who reified his personal experiences into vibrant compositions of geometric form, Reed lived and worked in New Haven, Connecticut, for much of his life. A student of Josef Albers, he later took up teaching himself, joining Yale School of Art in 1969 as its first African American tenured professor, remaining there until the end of his life. He has been acknowledged as leaving a profound and lasting influence on successive generations of emerging artists.

Despite teaching full-time, Reed maintained an active studio practice, producing a body of work including paintings, collages, prints and constructions. Employing the deeply personal iconography Reed developed over his lifetime, his Plum Nellie ‘landscapes’ and Galactic Journal ‘paths’ serve as autobiographical excavations of his personal experience. Many of the works in the show are filled with hidden colour codes in his attempt “to organise fragments, paths, cultural and universal signs and symbols, remembered childhood images and places into a pictorial stew of his life,” as the artist himself explained.