Robert Indiana: LOVE is in the Air

Robert Indiana: LOVE is in the Air

Galerie Gmurzynska presents a career-spanning exhibition of notable and rarely seen works by Robert Indiana (1928-2018). “LOVE is in the Air” features works from 1959-2007, highlighting Indiana’s expansive and multi-faceted career. 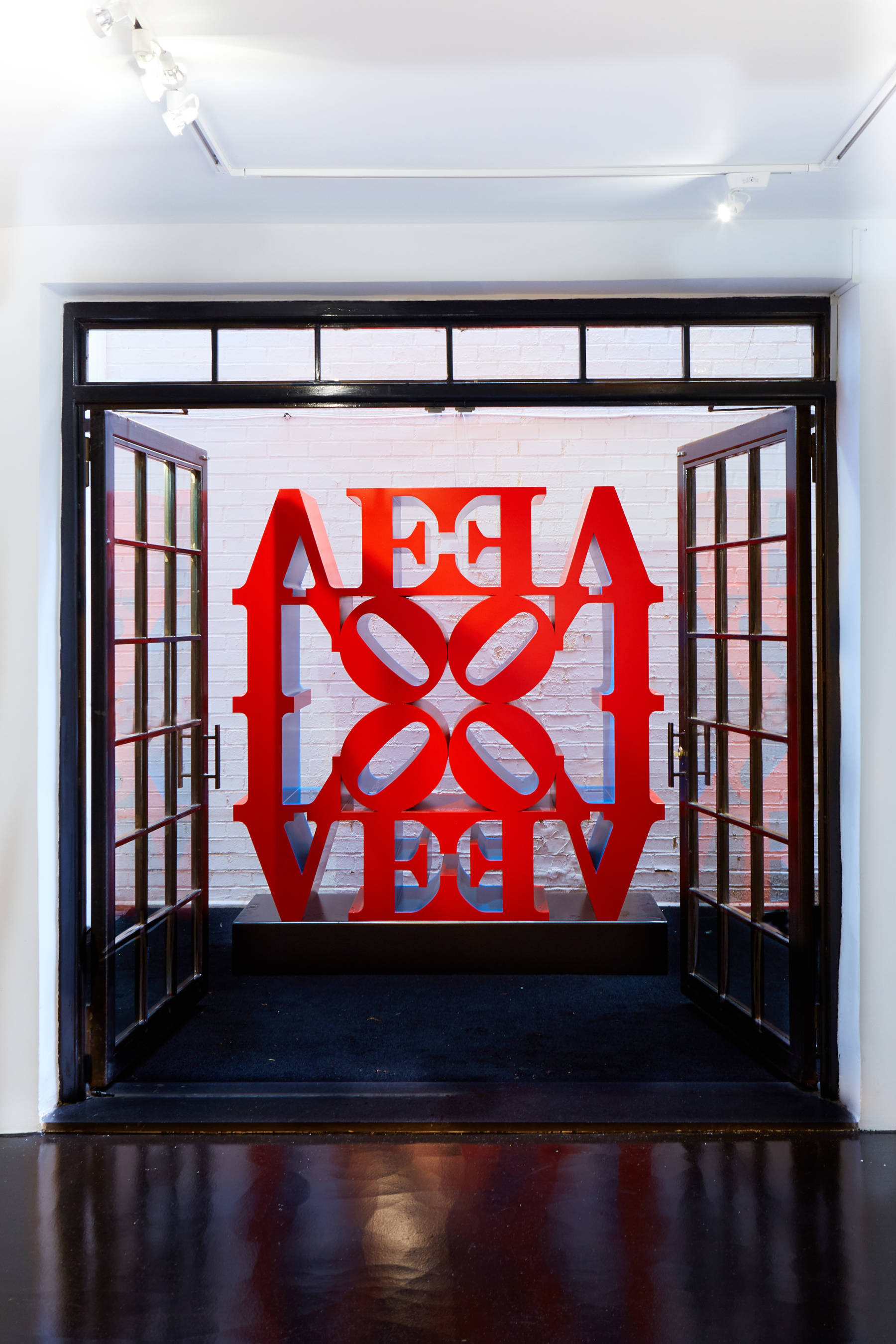 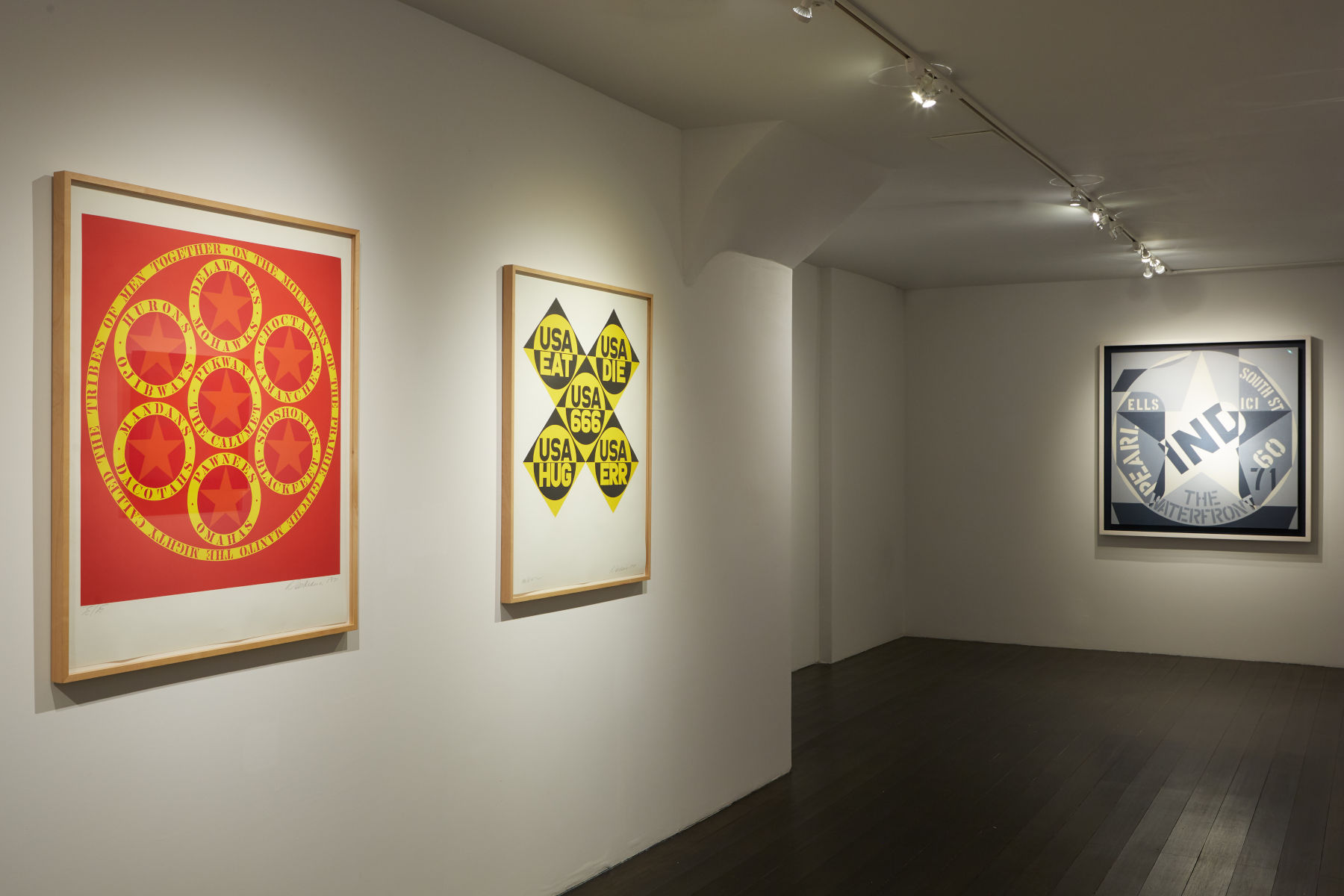 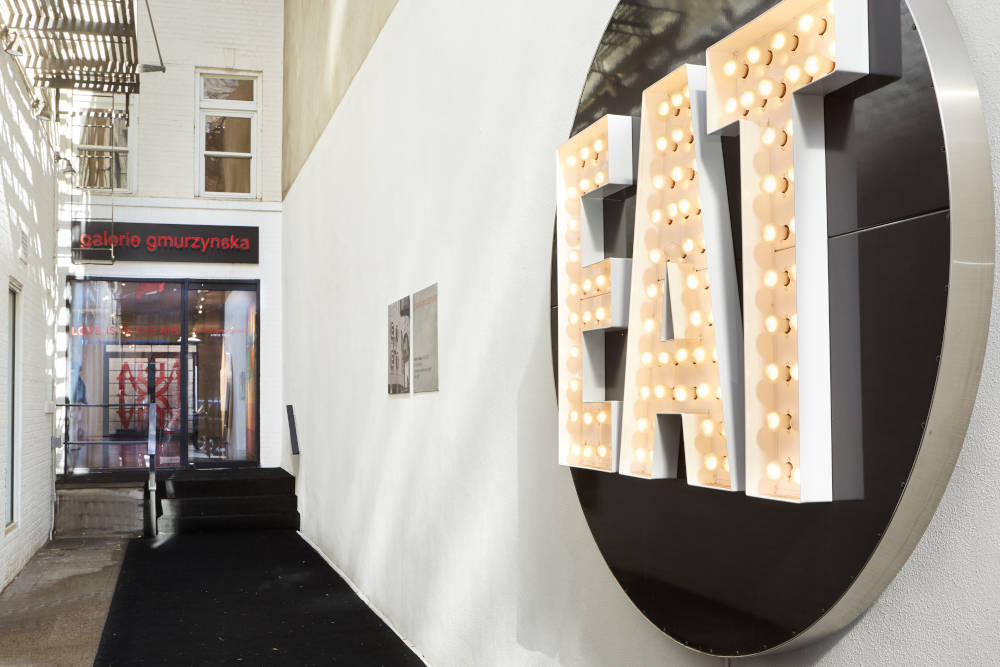 Featured in the exhibition is LOVE WALL (Red Blue) 1966-2007, a spectacular reimagining and quintessential hallmark of Indiana’s most celebrated work. Renowned for his unique word-image, Robert Indiana first conceived LOVE for MoMA’s Christmas card in 1965. A stamp bearing the same motif became a bestseller when it was released in 1973, and LOVE would soon grace innumerable pieces and media of various measures and forms across the globe, spreading Indiana’s universal message in the most democratic and powerful way art is capable of. To Indiana, words are omnipresent and unchanging, they are stable in a transient world, yet they are undeniably human. Like numbers, another consistent and important theme in Indiana’s oeuvre, they are a great constant in our lives. Two dates and a hyphen can effectively summarize a person’s entire life, each number its own eternity. Words and numbers do not fade, and Indiana imbues them with a personality that brings them back to earth. As the ‘O’ in ‘LOVE’ slants it supports and caresses the letters that surround it as they dance in a flirtatious circle, creating a mirror image of one another. The effect is familiar yet curiously new, exciting, and fascinatingly charming, reflecting what it feels like to fall in love. A mixture of emotions swirling about, melting into one another in a fury of intense and passionate red, grounded by the central ‘O’ and a soothing blue that seeps around the edges. The red and blue slip into one another as the ‘O’ might slip between the sheets. It is a love story told through form and color, illustrated with the power of a word.

For Indiana, color was preeminent. Color came first, and everything else followed. Just as color unites ‘LOVE’, its importance can be seen in another rarely publicly displayed work from 1969, Terre Haute No. 2. It is an artwork inspired by Indiana’s personal life, named after a city in Indiana, with references to the Wabash River that flows across the Midwestern US, and Route 40, which Indiana frequently traveled on with his parents in their Ford Model T. He selected this work to represent the final year of the decade in his graphic print portfolio, The Decades Portfolio, highlighting its significance. This work is emblematic of Indiana’s vivacious colors and innovative interpretation of hard-edge painting as he draws on a multitude of visual vernaculars encompassing the high and the low. Merging literary sources with the signage system unique to the American commercial landscape, Indiana’s work represents a simultaneously broad yet also autobiographically coded pictorial language derived from these signifiers. Thus, dialectically, Robert Indiana merges formal simplification together with high intellectual complexity.

Galerie Gmurzynska has mounted several significant exhibitions of Indiana’s work and published substantial catalogues, notably “Robert Indiana: Rare Works from 1959 on Coenties Slip” (2011), “Robert Indiana: The Monumental Woods” (2013) as well as the extensive catalogue “To Russia with LOVE” accompanying the State Russian Museum retrospective featuring rare archival images and texts. The gallery was instrumental in lending significant works to “Beyond Love,” the seminal 2013 exhibition at the Whitney Museum, curated by Barbara Haskell.