Galerie Max Hetzler presents an exhibition of new paintings by Robert Holyhead at Goethestraße 2/3, in Berlin. This is the artist’s fourth solo exhibition with the gallery. 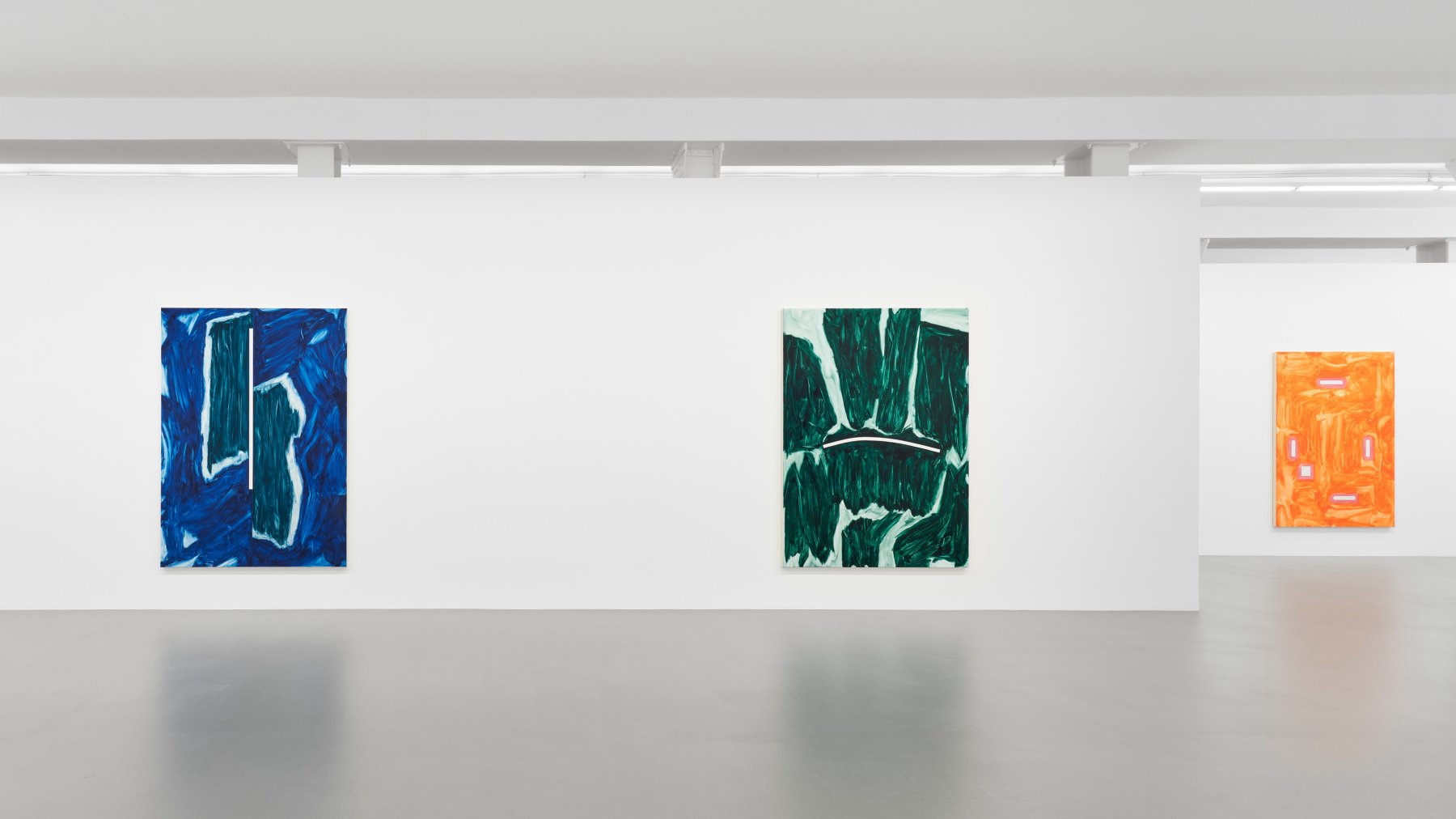 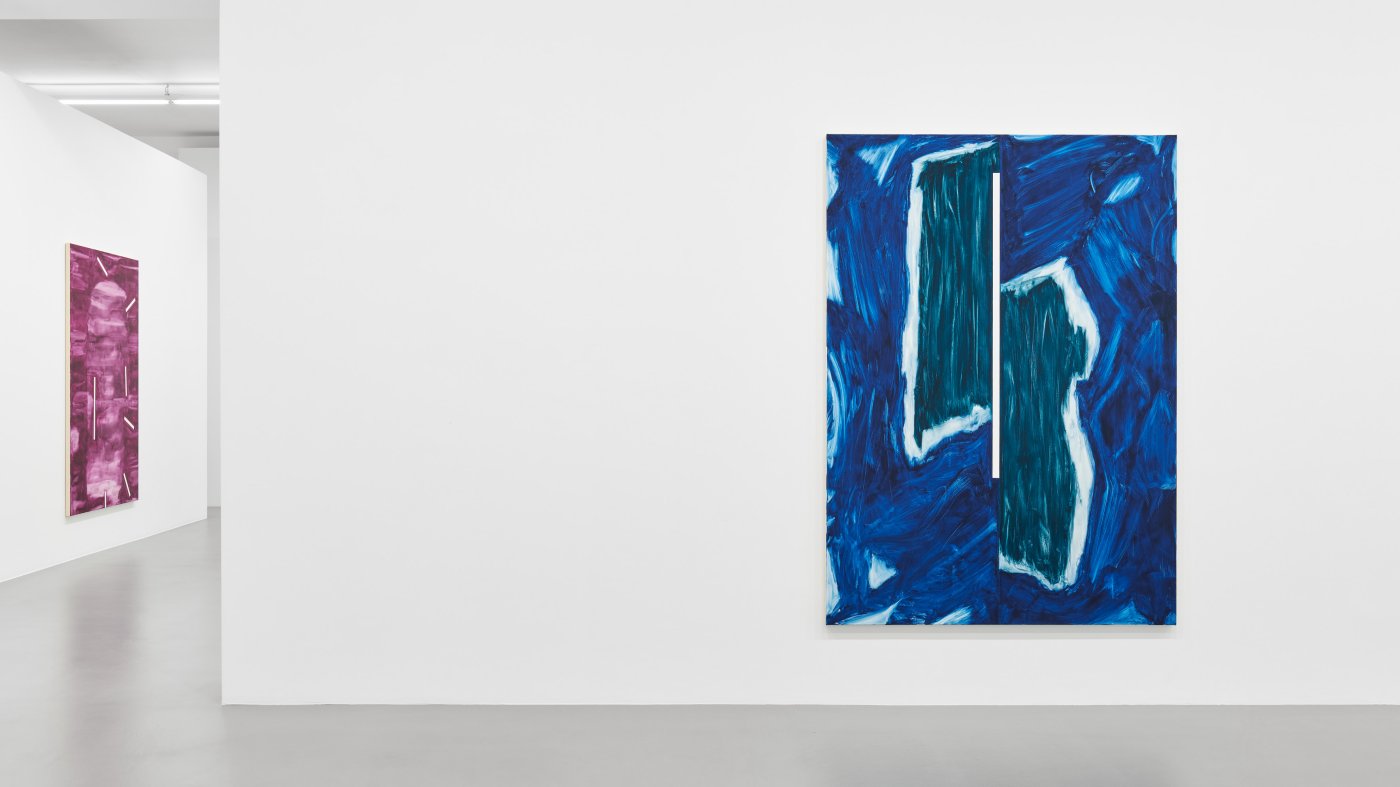 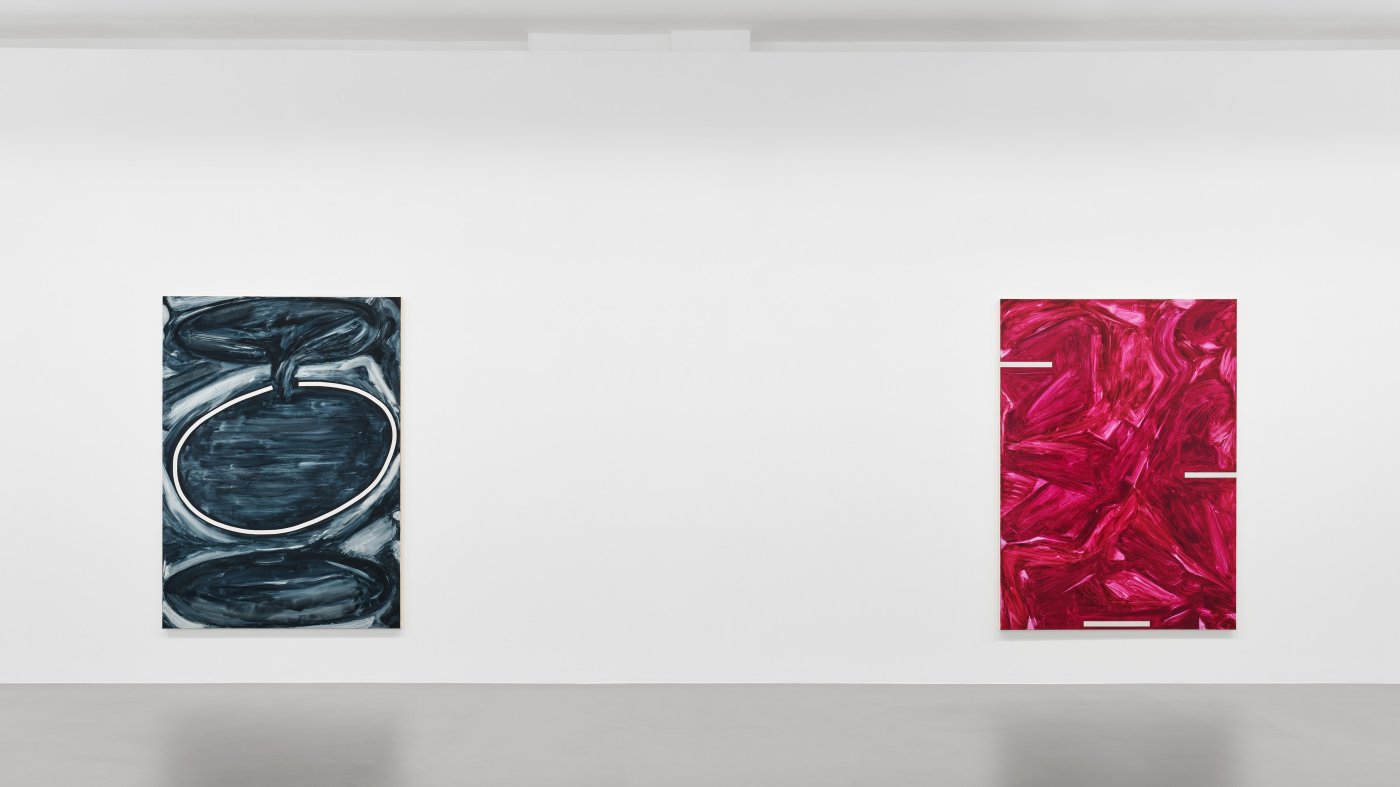 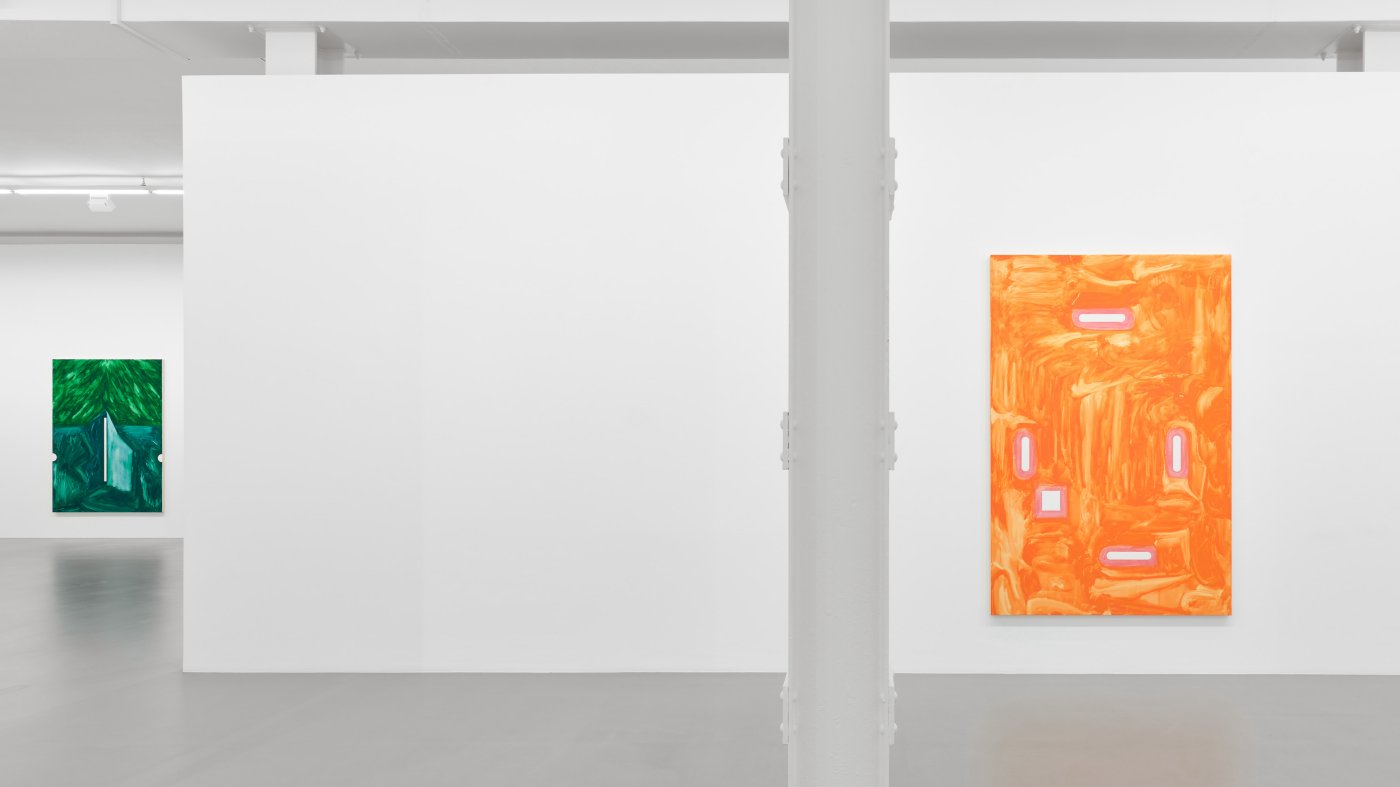 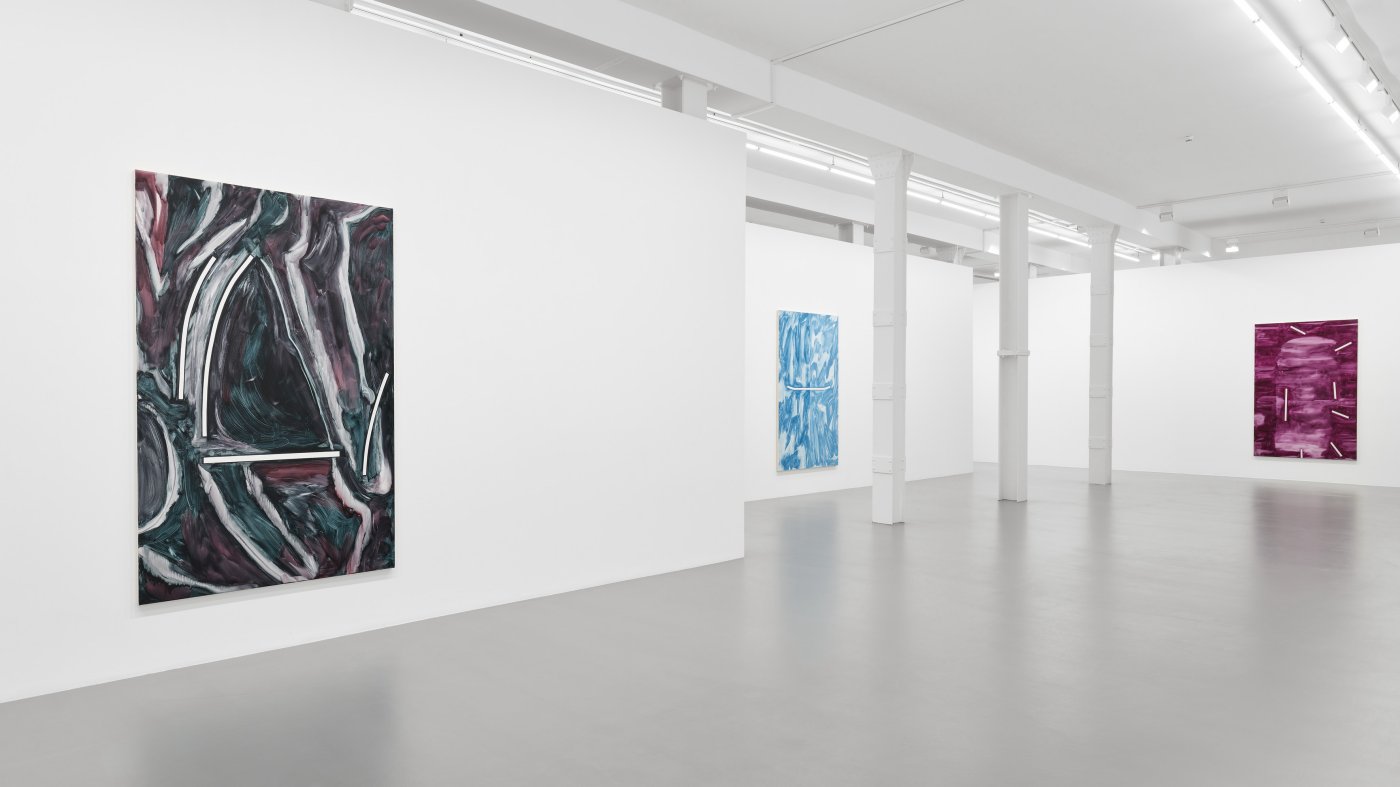 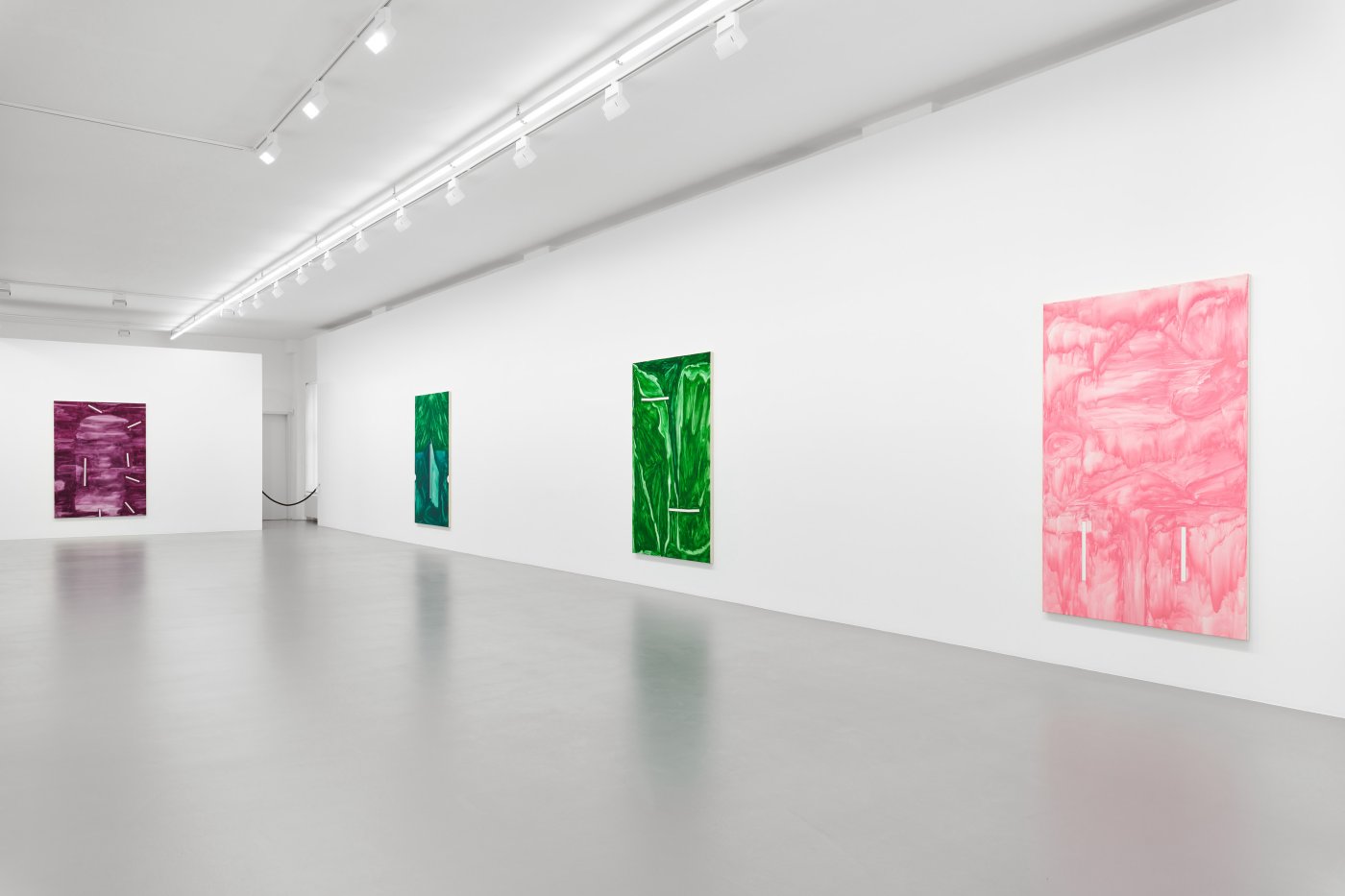 British painter Robert Holyhead is known for his abstract paintings in semi-translucent colours, that actively engage with how to paint in the present moment. Having previously worked on delicate, small-size formats, the artist has, in recent years, changed his approach towards painting on a larger scale. His original enquiry remains the same, but the different format allows him to innovate and to develop the vocabulary of his work in a new context.

Holyhead spends many months preparing for the works. During this time, his studio practice transforms from the treatment and priming of the canvas surfaces, to drawing or painting in watercolours on paper, until he arrives at the point at which the paintings are ready to be made. During this lead-up, spatial decisions are rigorously tested, and ‘positive’ and ‘negative’ visual components meticulously balanced. The paintings are created in long single sessions, not unlike durational performances. Each work is produced in a specific selection of slightly transparent colours, showing visible traces of brushstrokes that operate around precisely located shapes of immaculate white ground. While earlier paintings tended towards single colours, this is less controlled and more complex in the new set of works. There is now a base colour which undergoes subtle adjustment, producing a range of up to four different shades in a painting moving out from a central hue.

Within this more intuitive gesture, the clearly defined white shapes are a call to order. They rationalise the work and bring the viewer back into a more logical space. But they also act as a gateway, an entry point into the painting or indeed an exit from the painted space. Asides from the white shapes, the colours of the works remain transparent, drying quickly and so forcing Holyhead to work against time. The consistency of the format within the group of works is another self-imposed limitation, providing a level playing field for the artist to explore the ideas expressed in the space between the gestural and the conceptual.