Maximillian William, London presents Torsos, the second solo show at the gallery from the Cornwall based artist Ro Robertson. 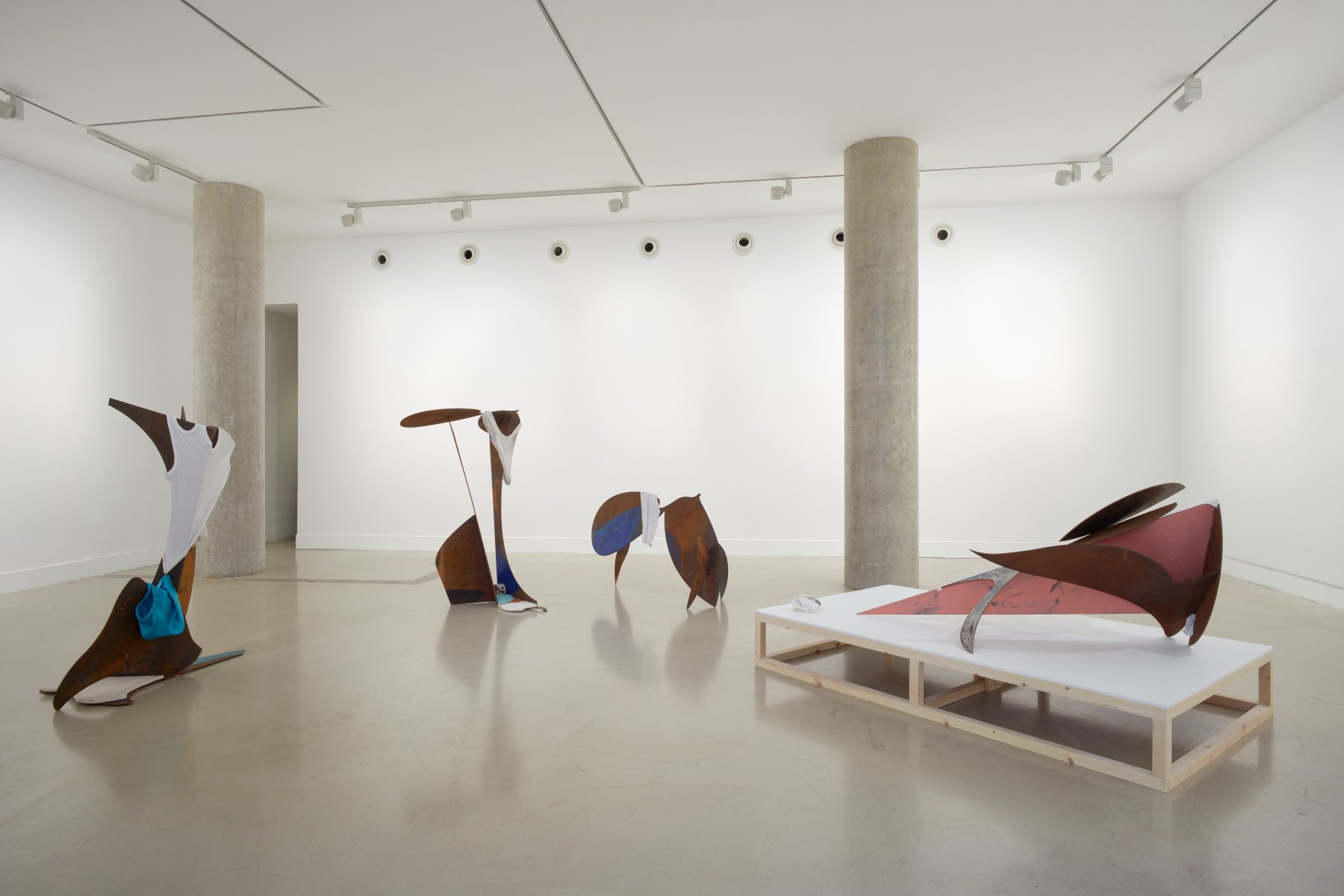 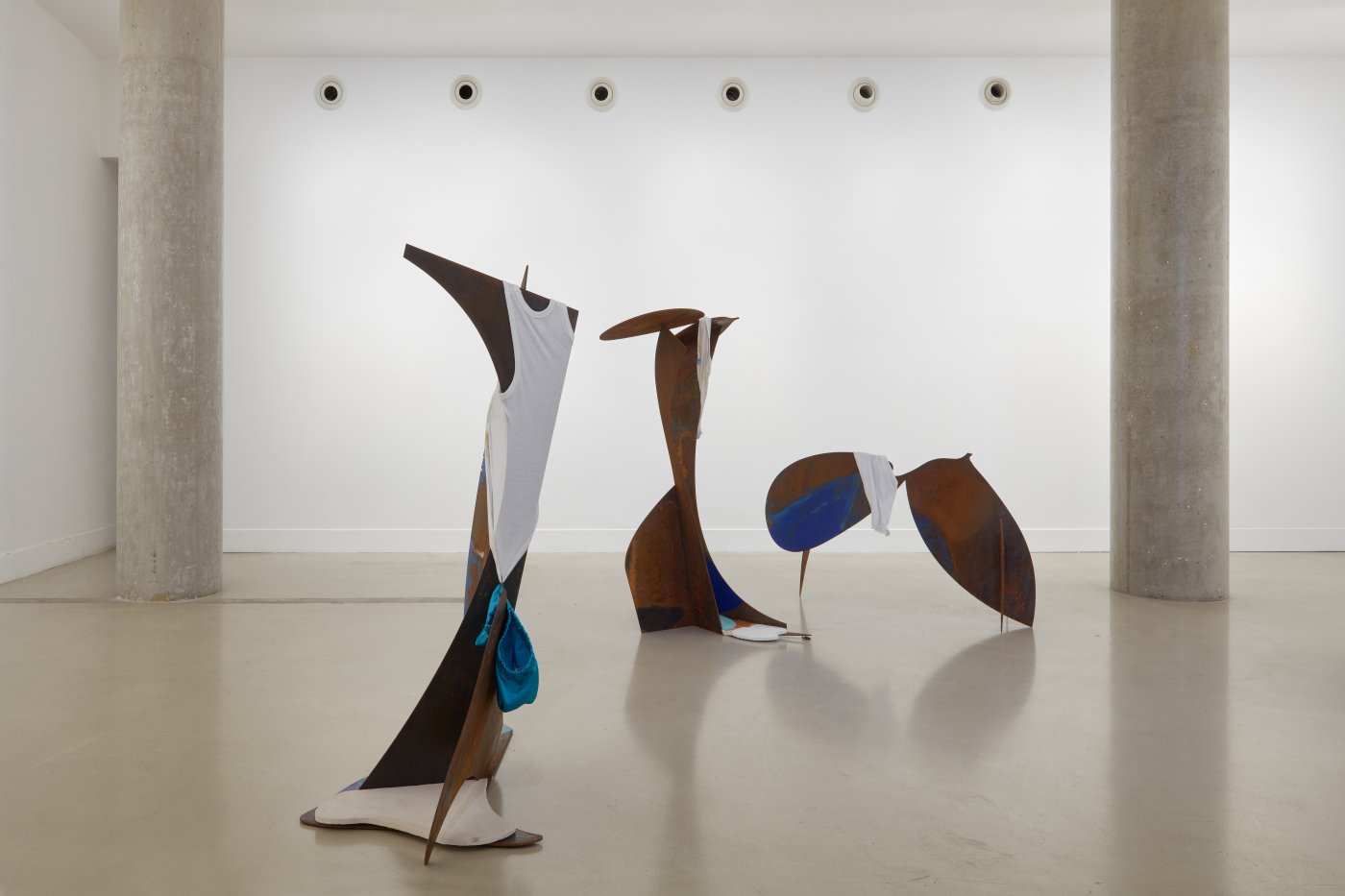 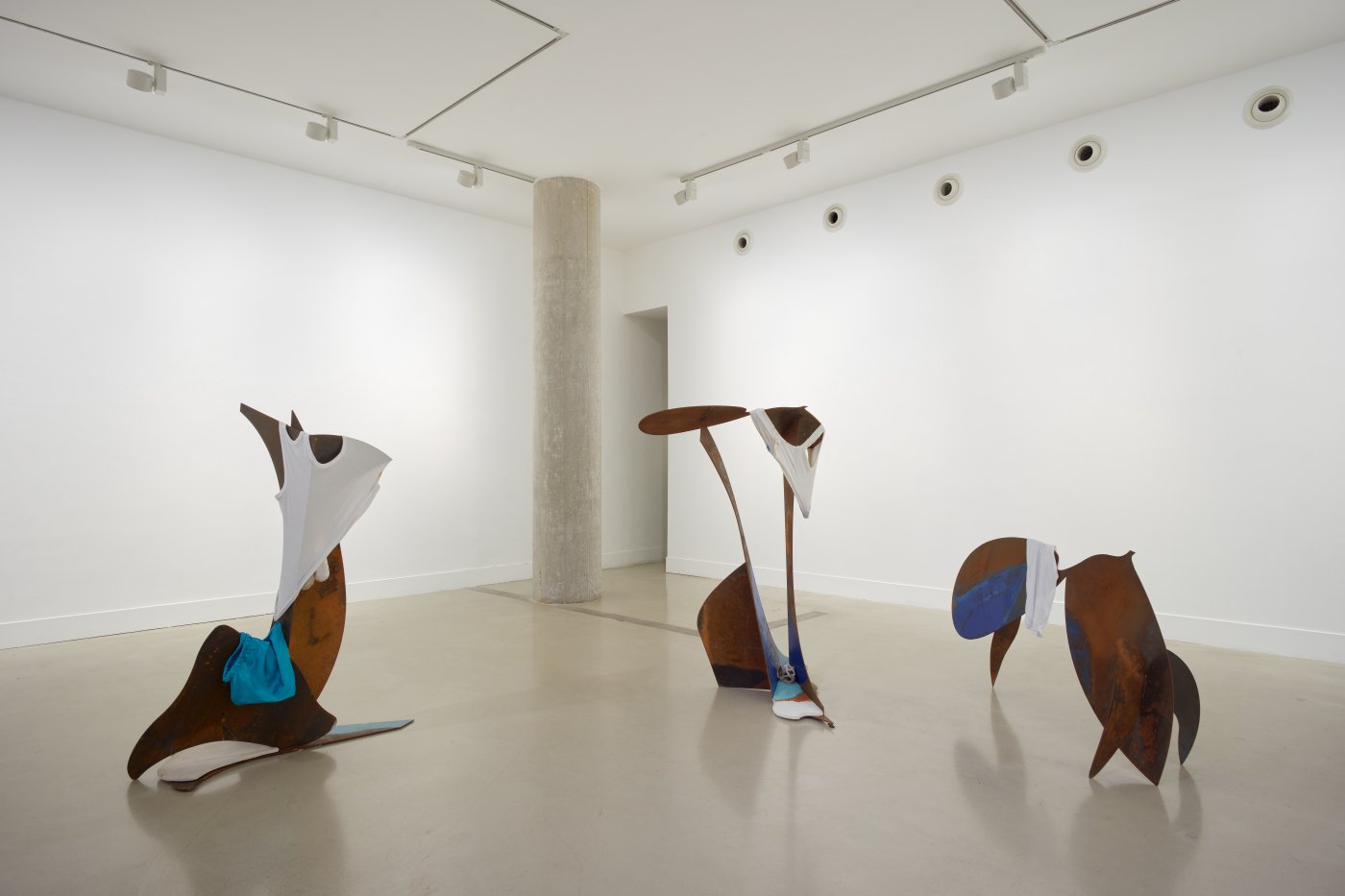 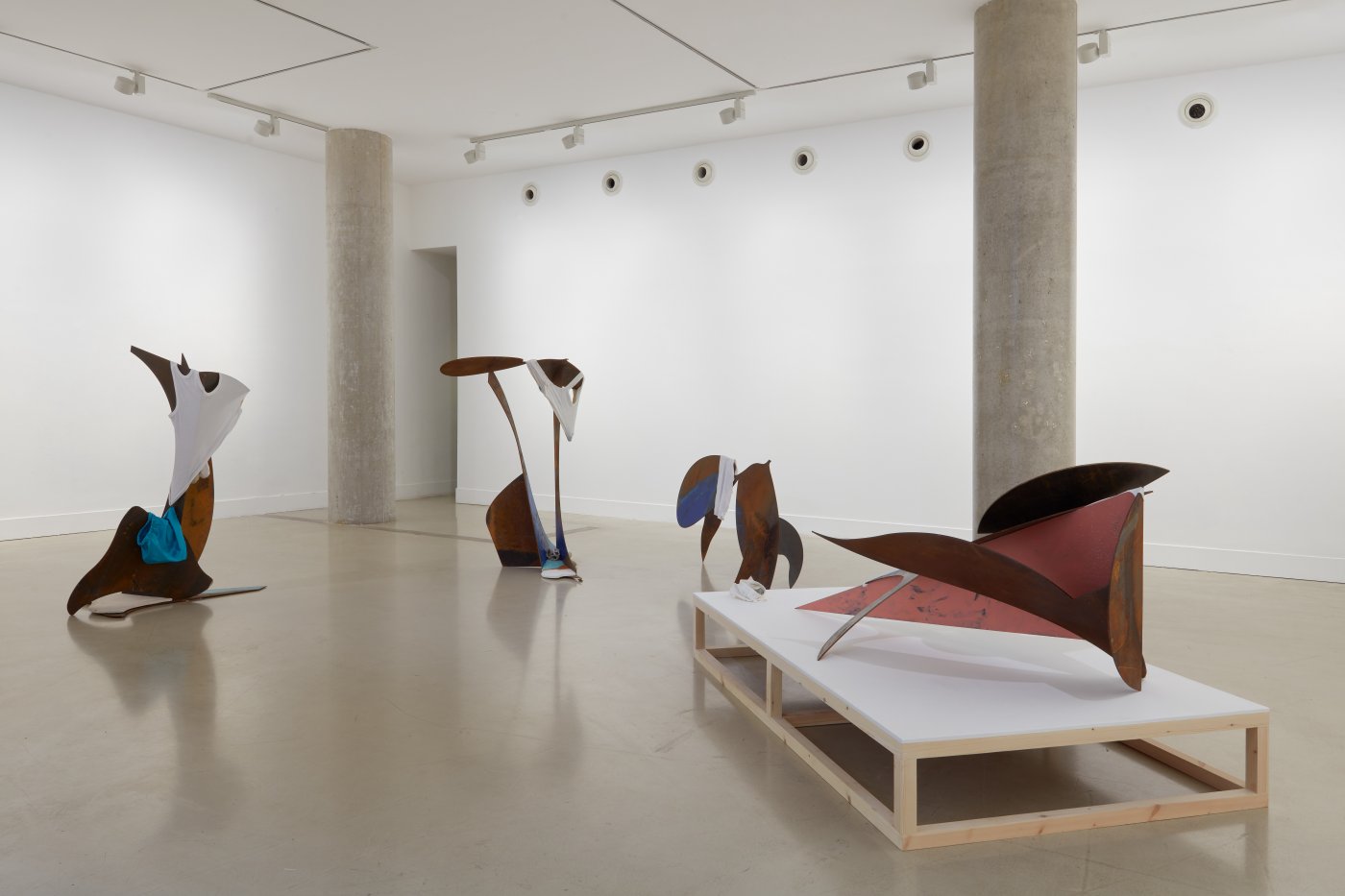 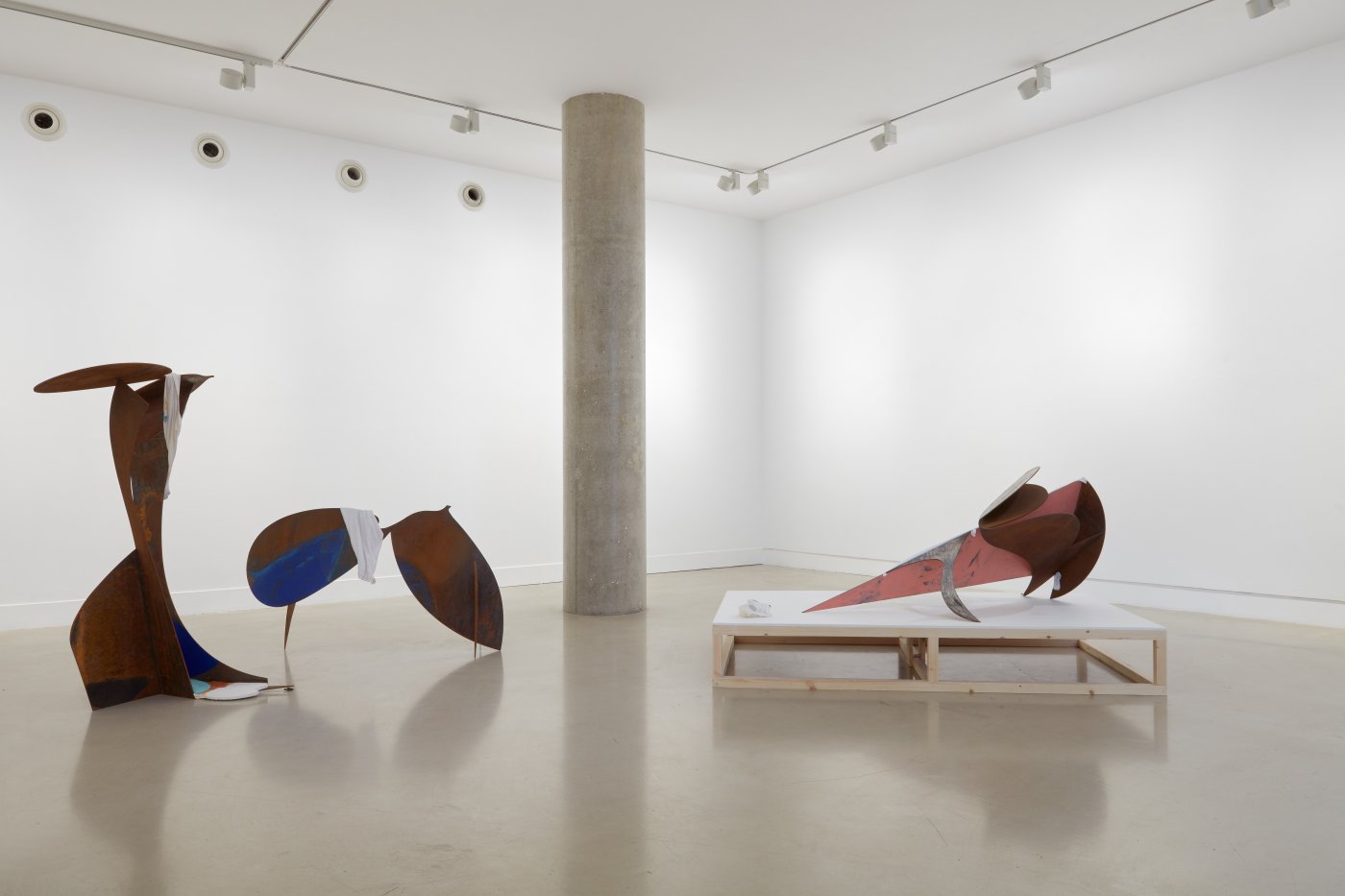 The presentation brings together for the first time the Torso series of indoor sculptures and coincides with Robertson’s presentation of their second outdoor sculpture Drench in Frieze Sculpture, Regent’s Park, London (14 September – 13 November 2022). Torso (my cotton, filled with cold steel) was first presented in Subterrane Robertson’s first solo exhibition at Maximillian William, London in October 2021. Torso (Looking in the other’s mirror) was first presented in the group exhibition Seen at the Newlyn Art Gallery & the Exchange, Penzance in October 2021. The final sculpture in the trio will be presented for the first time in Torsos.

Ro Robertson’s practice spans performances, drawings and sculptures through which they explore the terrain of the Queer body in the landscape. The trio of abstract Corten steel sculptures which make up Torsos present an expanded understanding of the figure via a body of bodies.

The sculptures are a departure from the torso and its associations with an idealised body relating to one of two genders. This collection of bodies is presented as an archipelago with the sculptures viewed ‘in the round,’ so one form is seen through the next and the shifts of the irregular shapes is experienced as a journey. These heavy steel sculptures are situated on or close to the ground rather than upheld on a plinth, weighted with stones weighing down sections of clothing and with pools of pigmented jesmonite on the floor.

The biomorphic forms welded by Robertson from water jet cut sheet Corten steel are painted in blues and paired with found objects which includes items of clothing from performance for camera works made over the last 3 years. The mulch filled sports socks are from stonebodywater made in the waterways of the calder valley, shiny blue ‘manstore’ shorts from their performance in a dramatic sea crevice Packing at Godrevy Point in St Ives Bay and more recently white boxer shorts from birthbuildshift made on a remote nudist beach near Lands End.

Socks, white vests and shorts or underwear are three items often reoccur in Robertson’s performances and sculptures within which the role of underwear is reversed as it shifts from base layer to outer protective layer in full view. The soft white of the cotton vests provides a drastic contrast with the weathering steel and its hard associations.

These garments which Robertson describes as a ‘base layer’ reference gendered and Queer motifs and have a specific connection with masquerade laws that were imposed on trans, non-binary and Queer communities in both the US and UK prior to and throughout the period that sparked the ‘Stonewall Riots’ and the gay liberation movement. The masquerade laws were also known as the three-article rule—or the three-piece law and meant that somebody assigned female at birth should wear 3 items of female clothing and vice versa. Binary gender was enforced by law with anyone who stepped outside of gender norms criminalised.

I use the white vest, white sports socks and items of underwear in my performance and sculptural works as a canvas which shows up the marks of the environment on the body. They are appendages of the Queer body which acts as a thin barrier between the body and external forces. I am interested in the bodies that have shared the spaces of these garments over the decades- how they have been flattened down or packed out to provide the spaces in our bodies we are comfortable with. These are intimate spaces and small interventions can make vast space within ourselves in order to feel at home.