Taka Ishii Gallery presents “Winter to Spring,” an exhibition of works by Risaku Suzuki. This marks the artist’s first solo presentation with the gallery in six years, and features a new composition of subjects that he has continued to photograph. 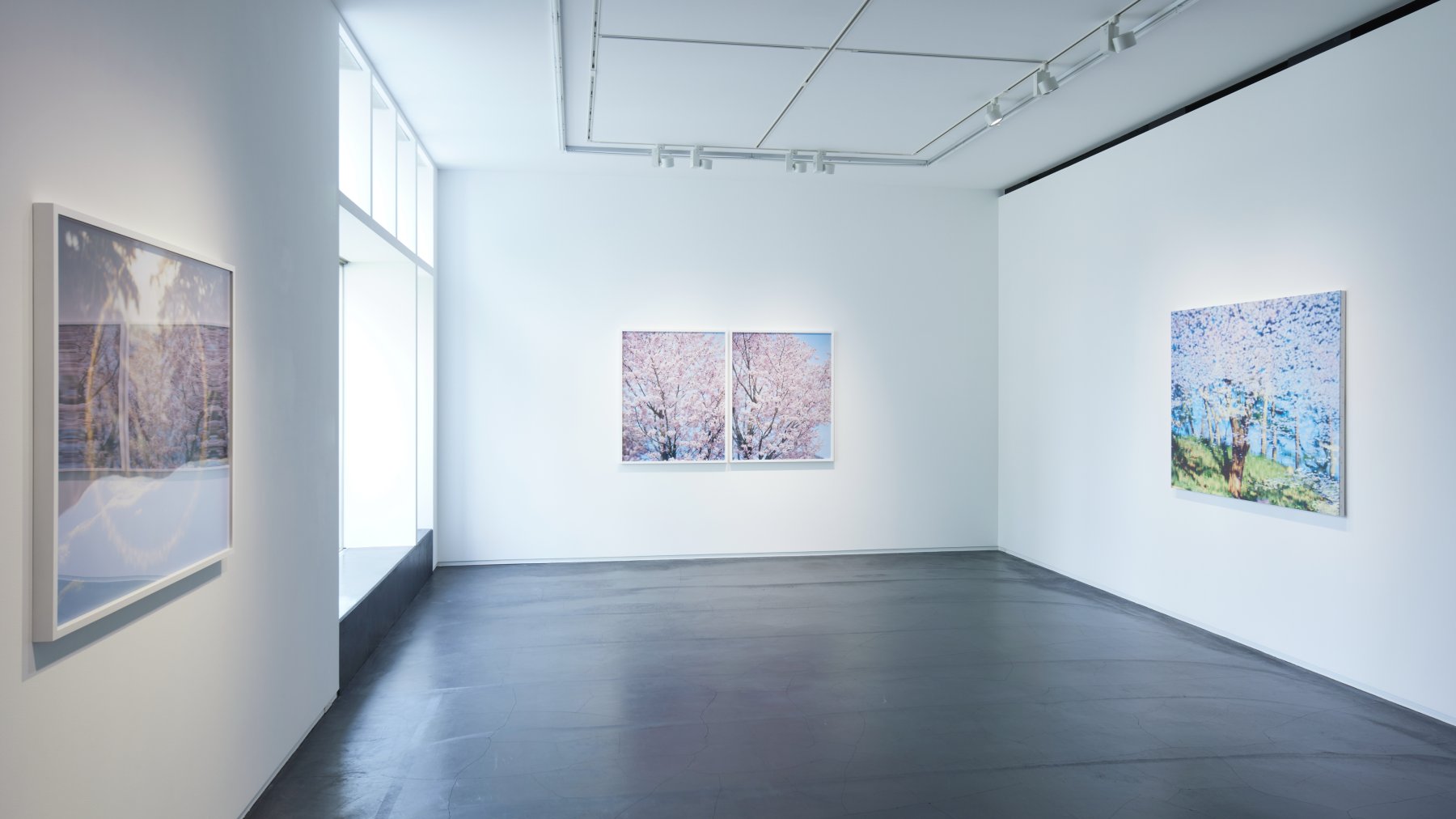 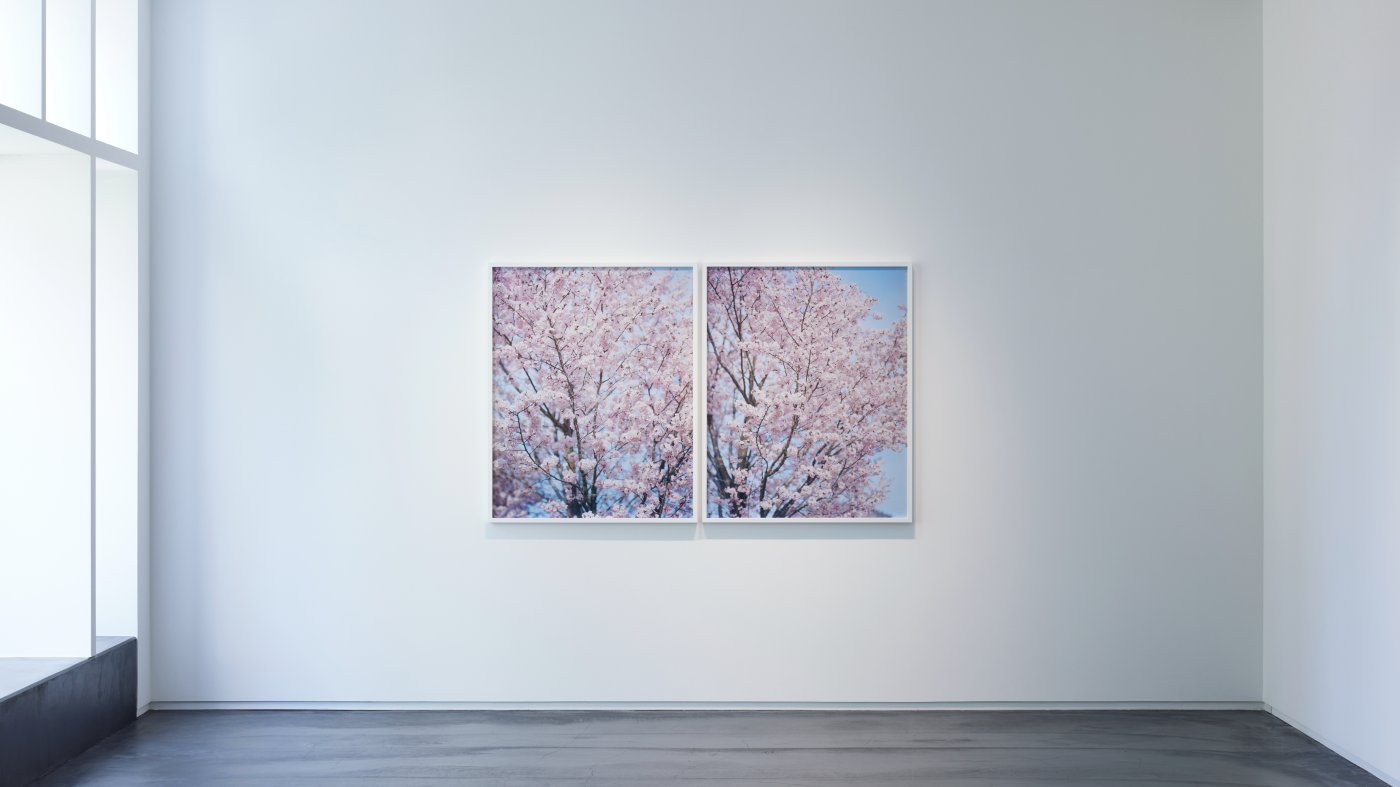 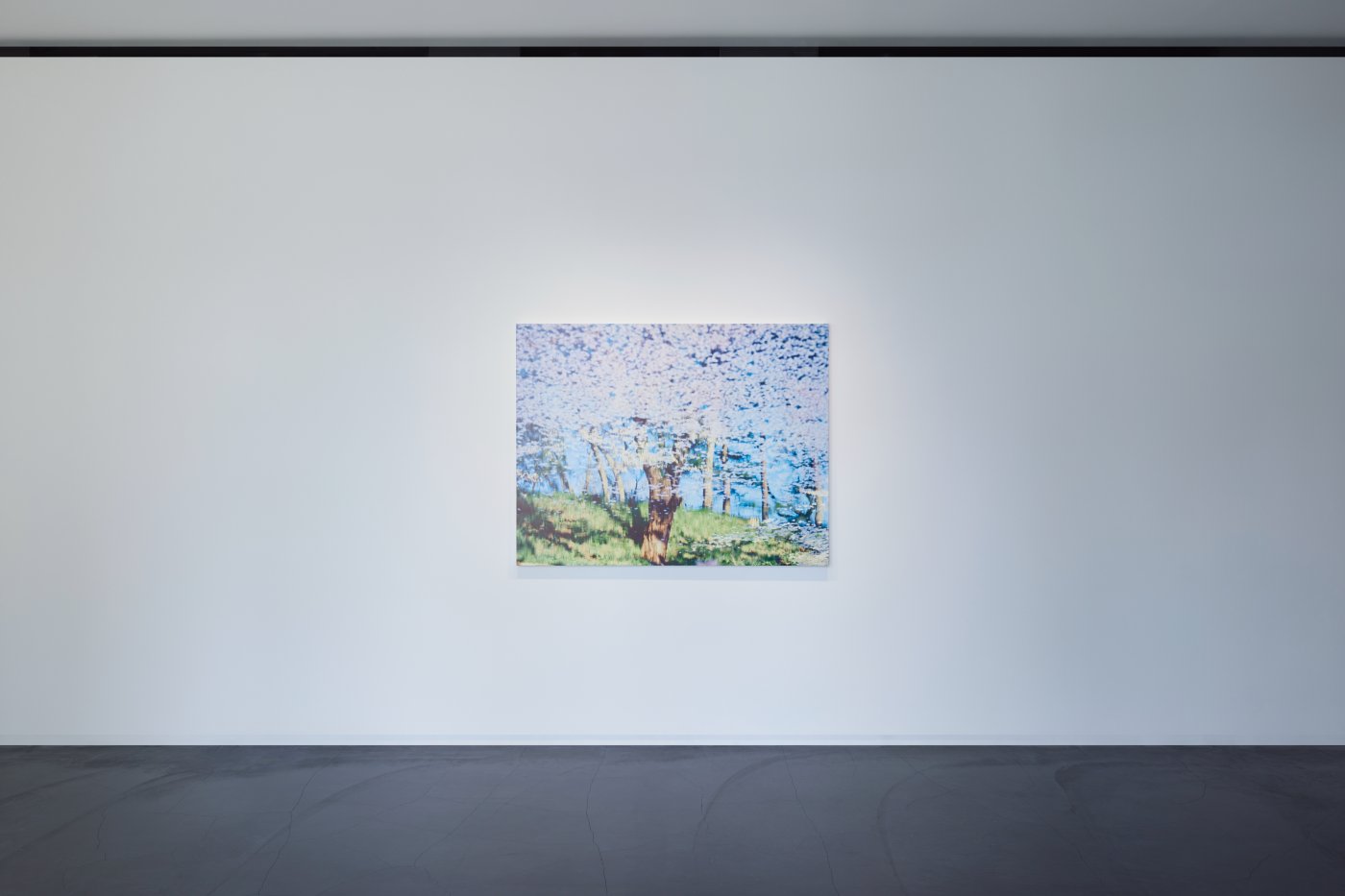 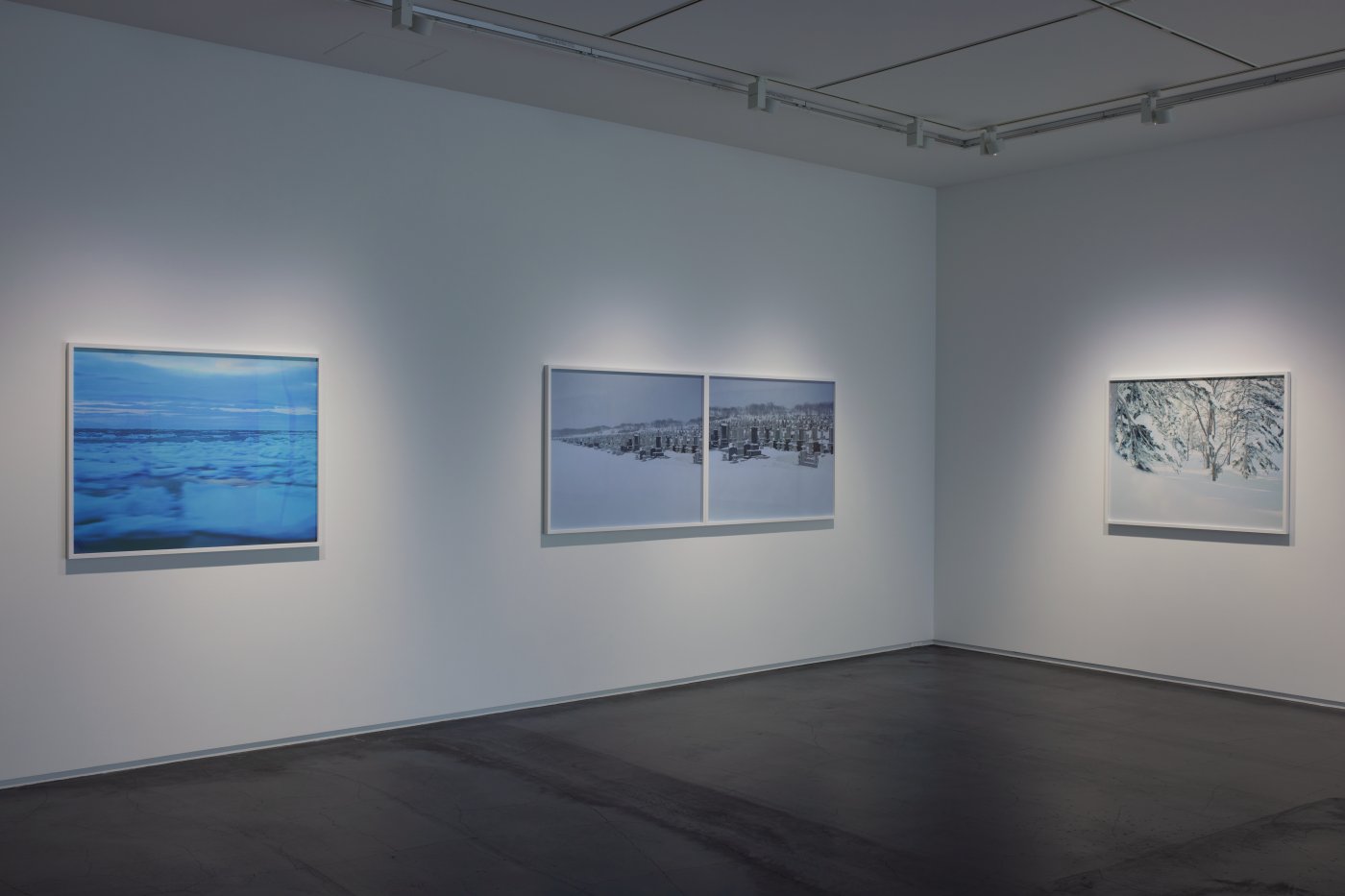 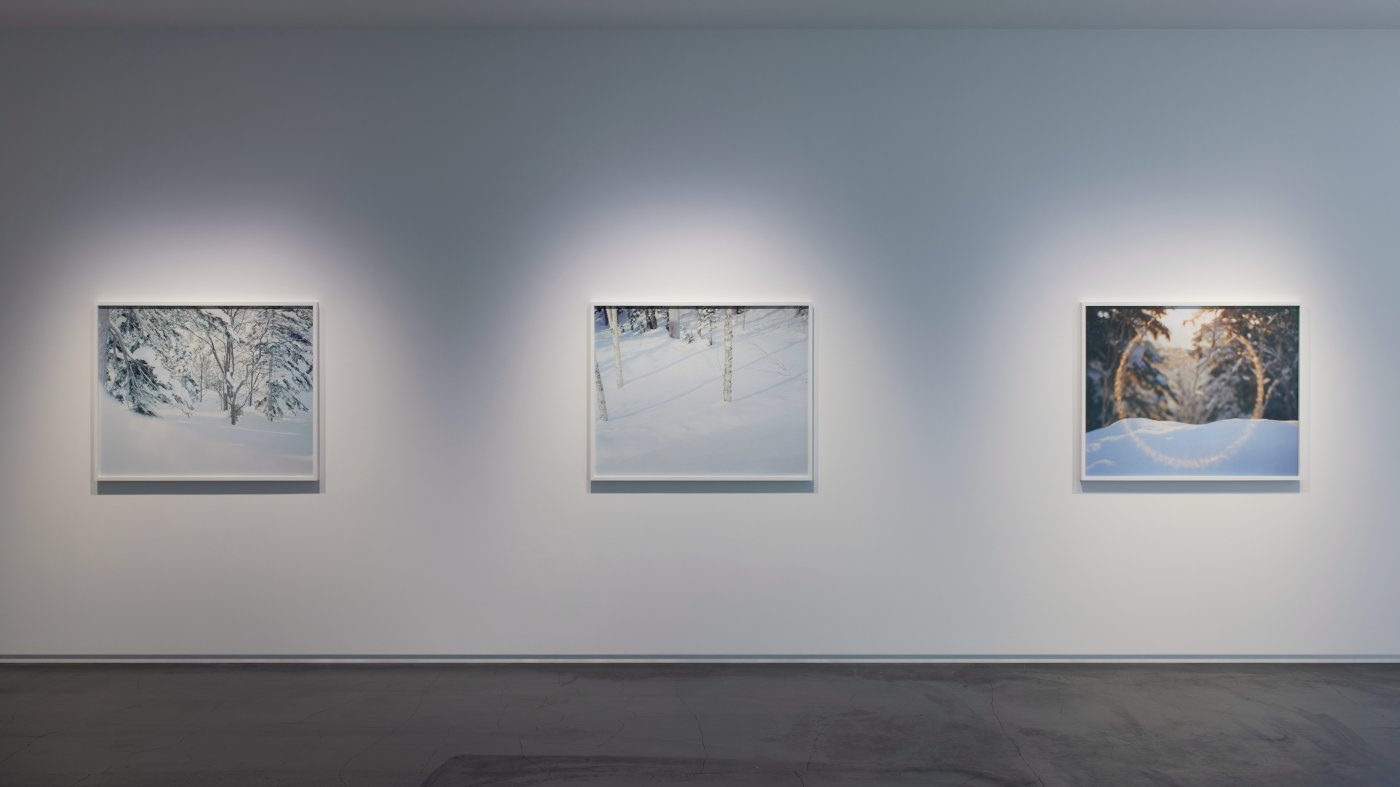 Although the scenery is quite different in winter and spring, they are indeed connected to one another.
There are photographs of winter and photographs of spring, and the transition of the seasons that appear between them.
Photographs, like words, are fragmentary, entrusting the viewer to perceive the scenes that remain unseen in the midst of one photograph to the next.
Are these photographs scenes that we are witnessing for the first time, or are they a part of the memories that we reminisce?
I wish to give rise to the fleeting realm that manifests in between.

Throughout his practice, Risaku Suzuki has channeled his interests towards the nature of photography and vision, using photography as a device to question and examine “the experience of looking.” He believes that the continuous experience of “looking” in photography is sustained by a combination of the photographer’s eye; the camera as an optical machine that captures its subject as is; light, which acts as a medium connecting the two; changes in the environment that remain outside the photographer’s consciousness; and the sequence of the printed photographs. This exhibition features subjects of cherry blossoms, snow, and water mirrors, which Suzuki has continued to photograph. While each exist as fragments, the gaze and focus of attention is brought to the time and space that is created through their juxtaposition. Due to the time and seasonal changes that occur between the photographs, the photographs placed side by side come to resonate with one another through those who view them, beginning take motion as physical experiences that unfold within the mind of each viewer. The act of mechanically documenting the light, air, temperature, and their transitions that are perceived by the artist through use of a camera, perhaps shares ties with the work of painters who had endeavored to capture each and every particle of light extending before their eyes so as to create scenes that appear to continuously change forever. For viewers who relive this process within a sustained period of time, it becomes a fundamental act of questioning what reality is and what it means for one to look at things. In this manner, viewers will be able to find clues to contemplate such issues in the place the artist himself refers to as the “fleeting realm between.”

Risaku Suzuki was born in 1963 in Wakayama Prefecture. Suzuki began using photography as medium for his creative output after graduating from Tokyo College of Photography Research Department in 1987. In 1998, KUMANO, his first photo book–comprising images of his hometown Kumano–was published. In 2000, he received the 25th Kimura Ihei Award for his book PILES OF TIME. He began teaching at the Department of Intermedia Art, Tokyo University of the Arts in 2006. In 2010, he established the “Photo Secession Group” with other Japanese critics and photographers, all born in 1963. Suzuki has shown internationally, with solo exhibitions in New York, Zurich, and other cities. In addition to photographing Kumano, which might be called his lifelong project, he has used different approaches to shoot a variety of subjects, ranging from cherry blossoms, snow, Mt. St. Victoire in the South of France, and Cezanne’s studio. His various projects, however, consistently display a critical awareness of the act of seeing and the unique characteristics of the photographic medium. His major solo exhibitions include “Stream of consciousness” (Marugame Genichiro-Inokuma Museum of Contemporary Art, Kagawa and Tokyo Opera City Art Gallery, 2015-2016), “Water Mirror” (Kumanokodo Nakahechi Museum of Art, Wakayama, 2016), and “kumano, yuki, sakura” (Tokyo Metropolitan Museum of Photography, 2007). His works are included in the collections of the San Francisco Museum of Modern Art; Museum of Fine Arts, Houston; National Museum of Modern Art; Tokyo, and Tokyo Metropolitan Museum of Photography.