I realized that the patterns were simply mapping knowledge of the time I spent with people.
—Rick Lowe

Gagosian presents Meditations on Social Sculpture, an exhibition of new works by Rick Lowe, including paintings that emerged from his Project Row Houses (1993–2018) and Victoria Square Project (2016–), as well as new abstract works that forge links between the conceptual and communal aspects of his practice. This is the artist’s first solo exhibition with the gallery, and his first in New York. Lowe’s work is included in the 2022 Whitney Biennial and will be featured in Notes on the Great Migration, a solo exhibition at the Neubauer Collegium, University of Chicago, opening on October 25, 2022. 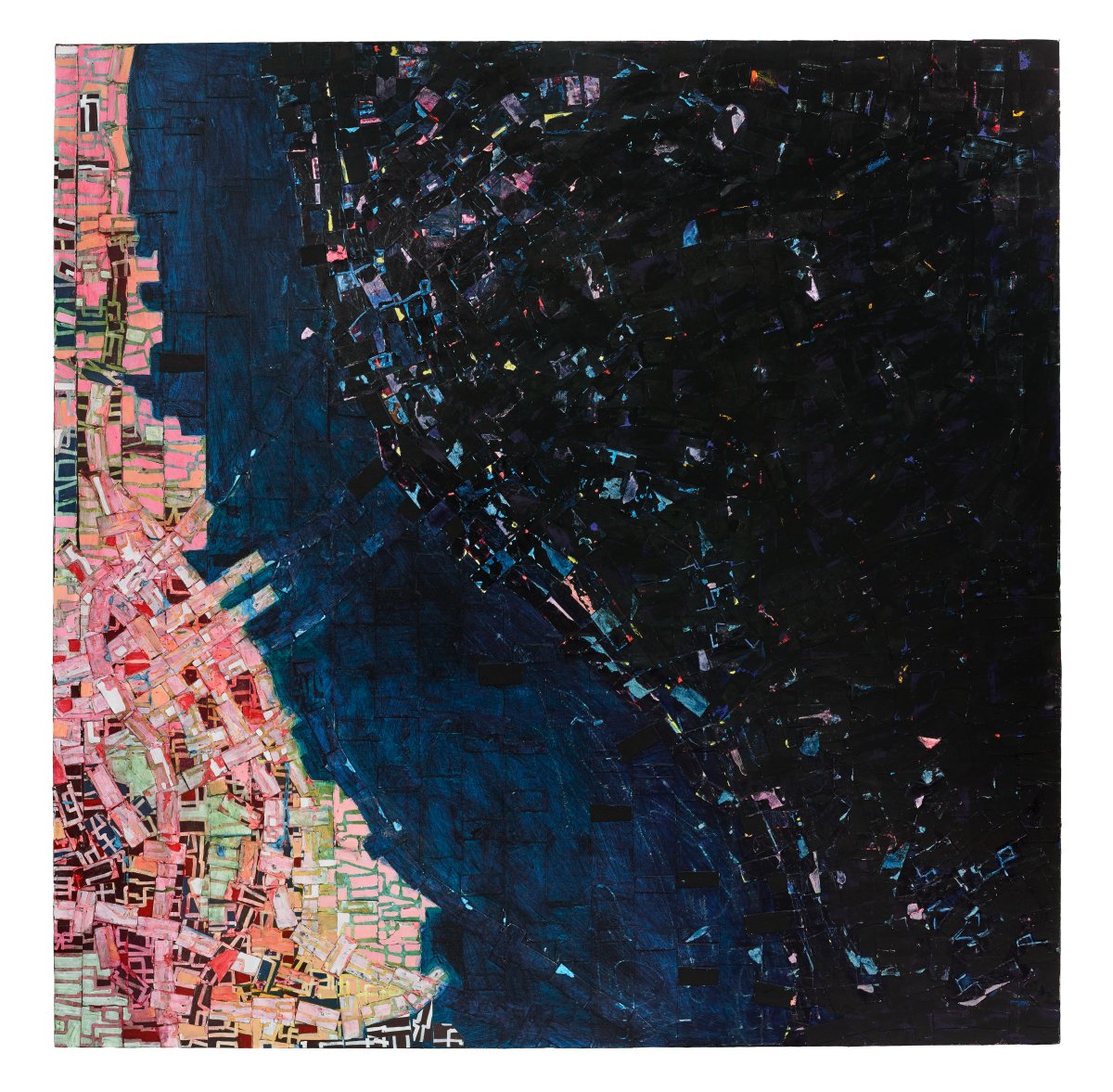 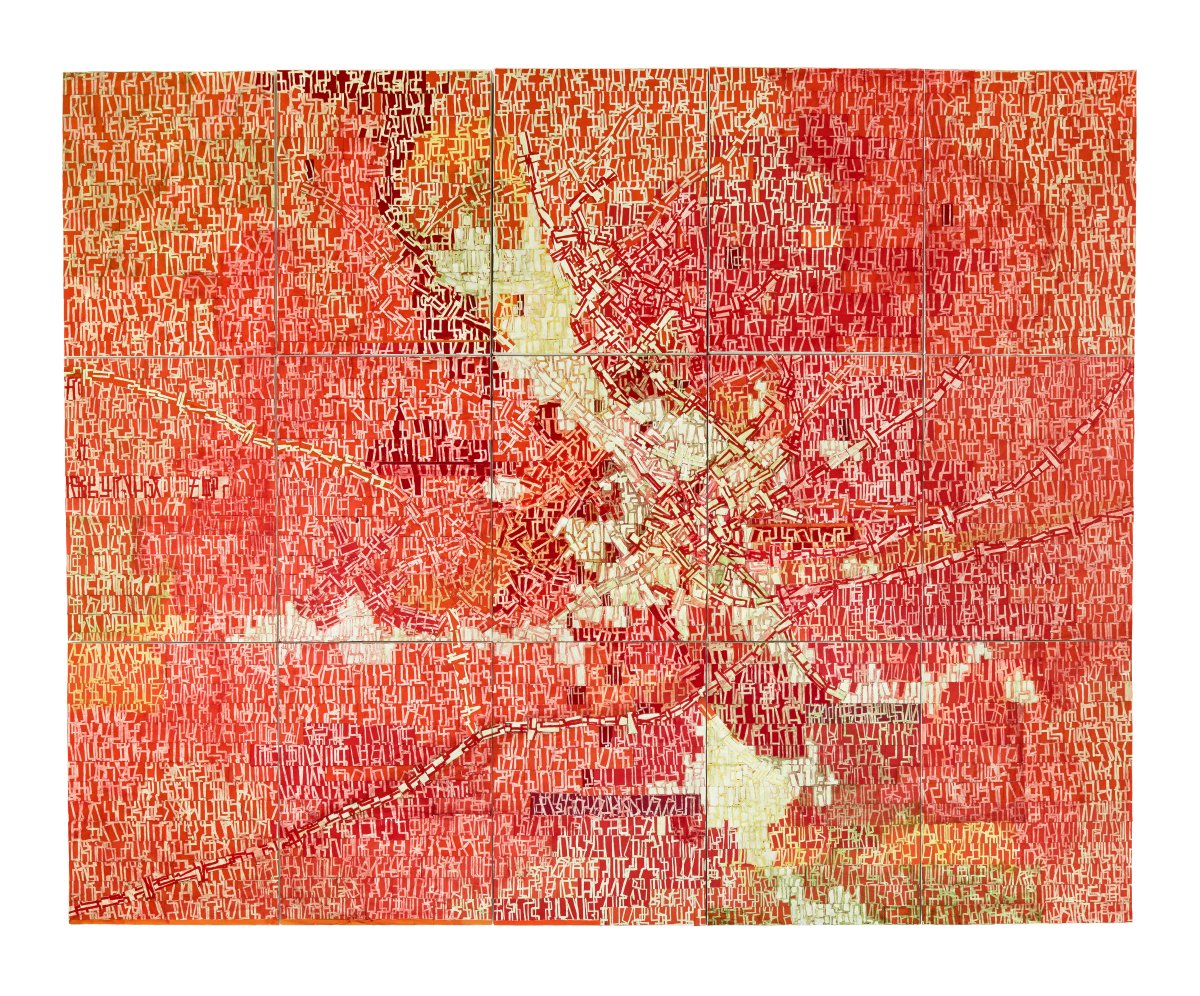 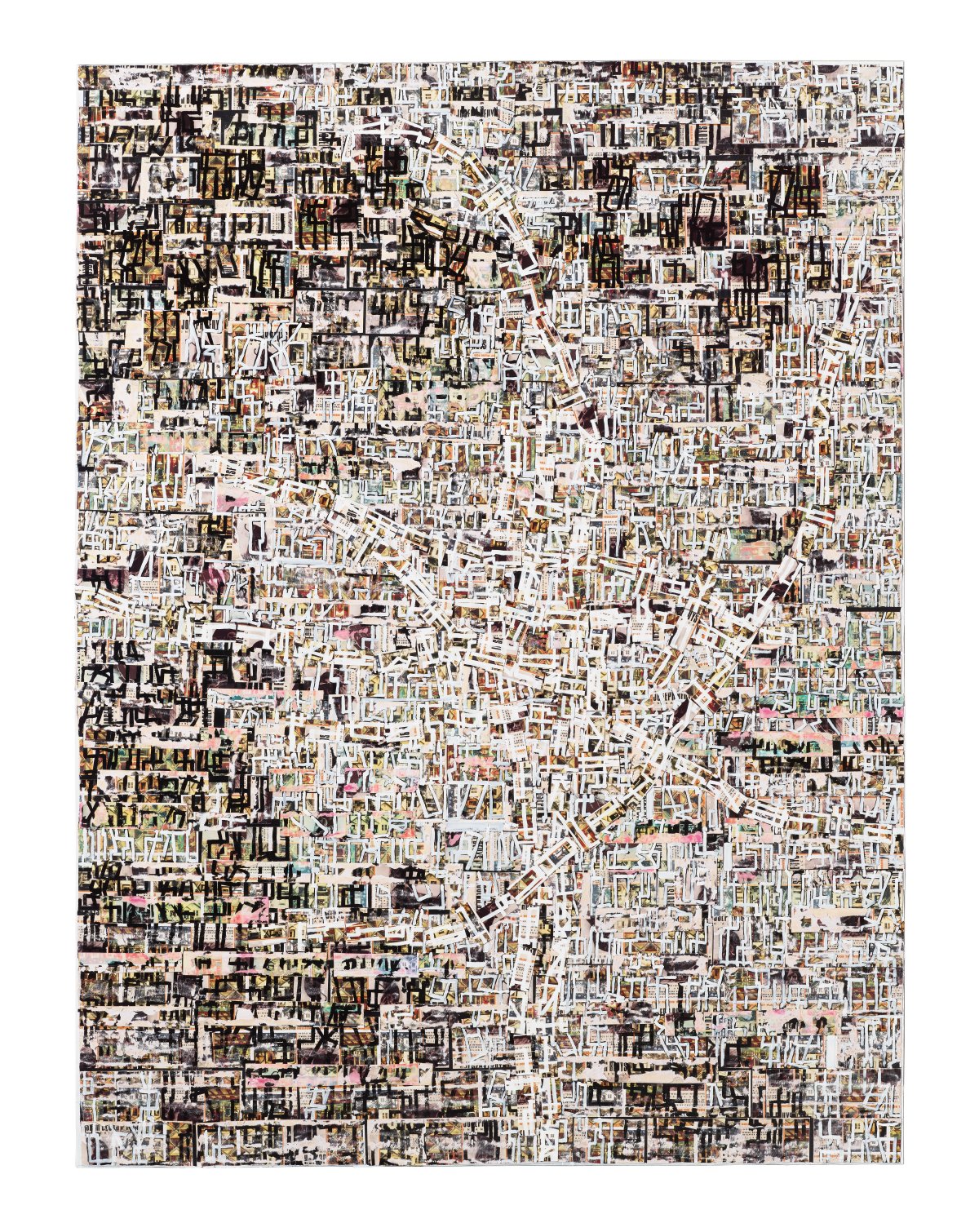 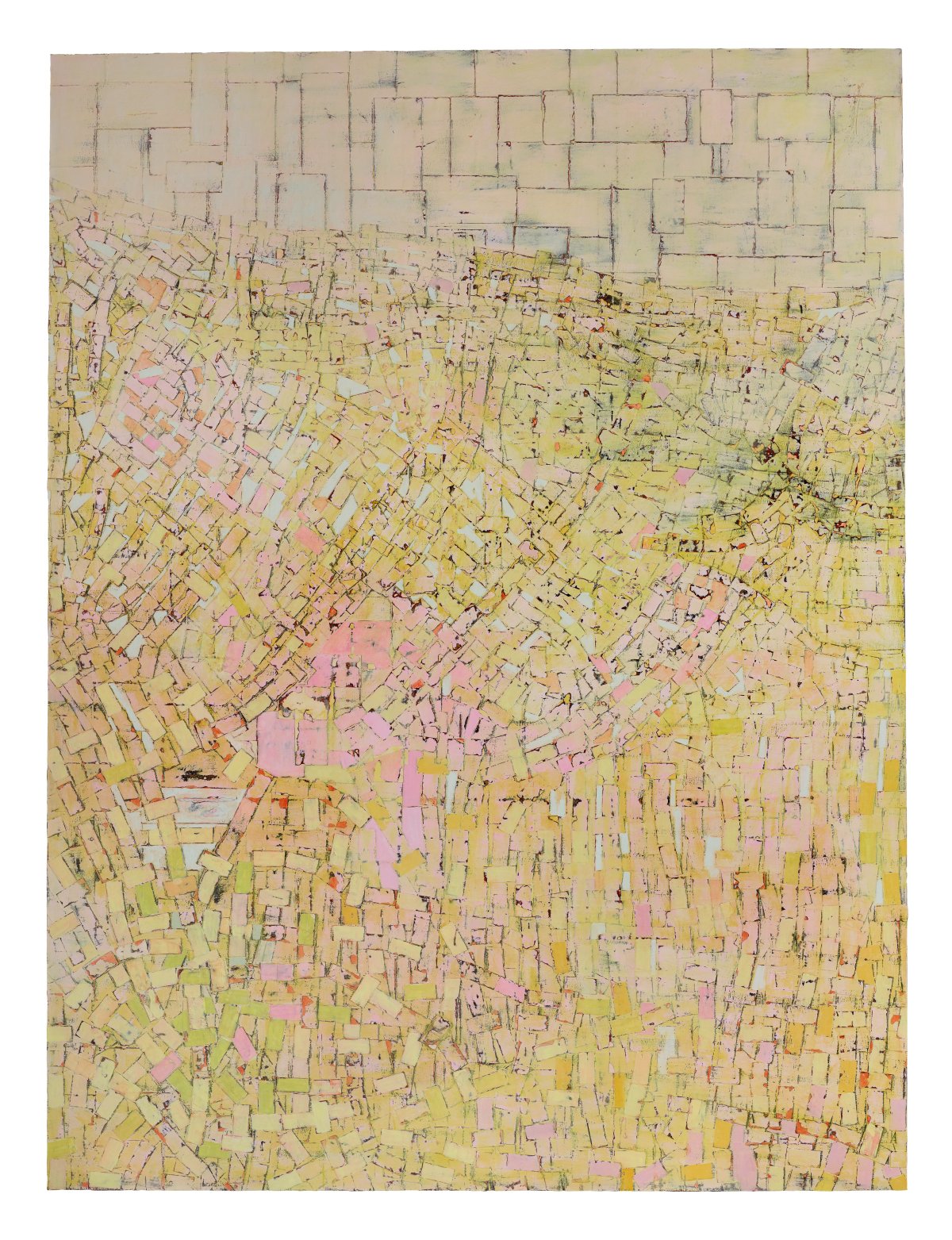 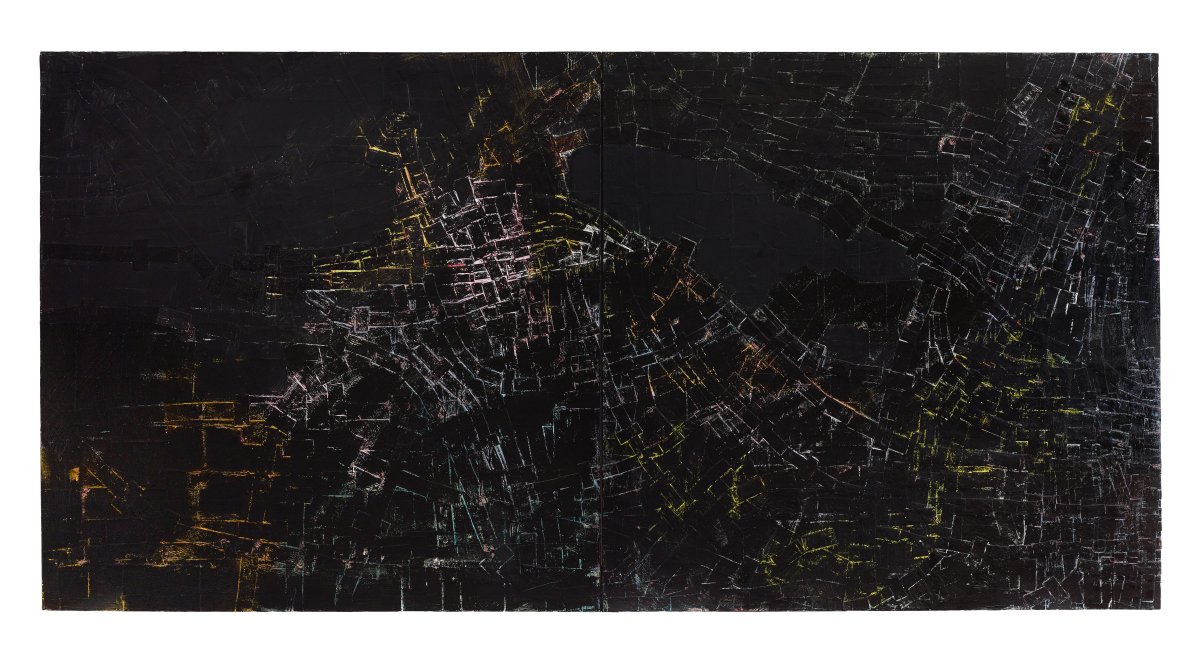 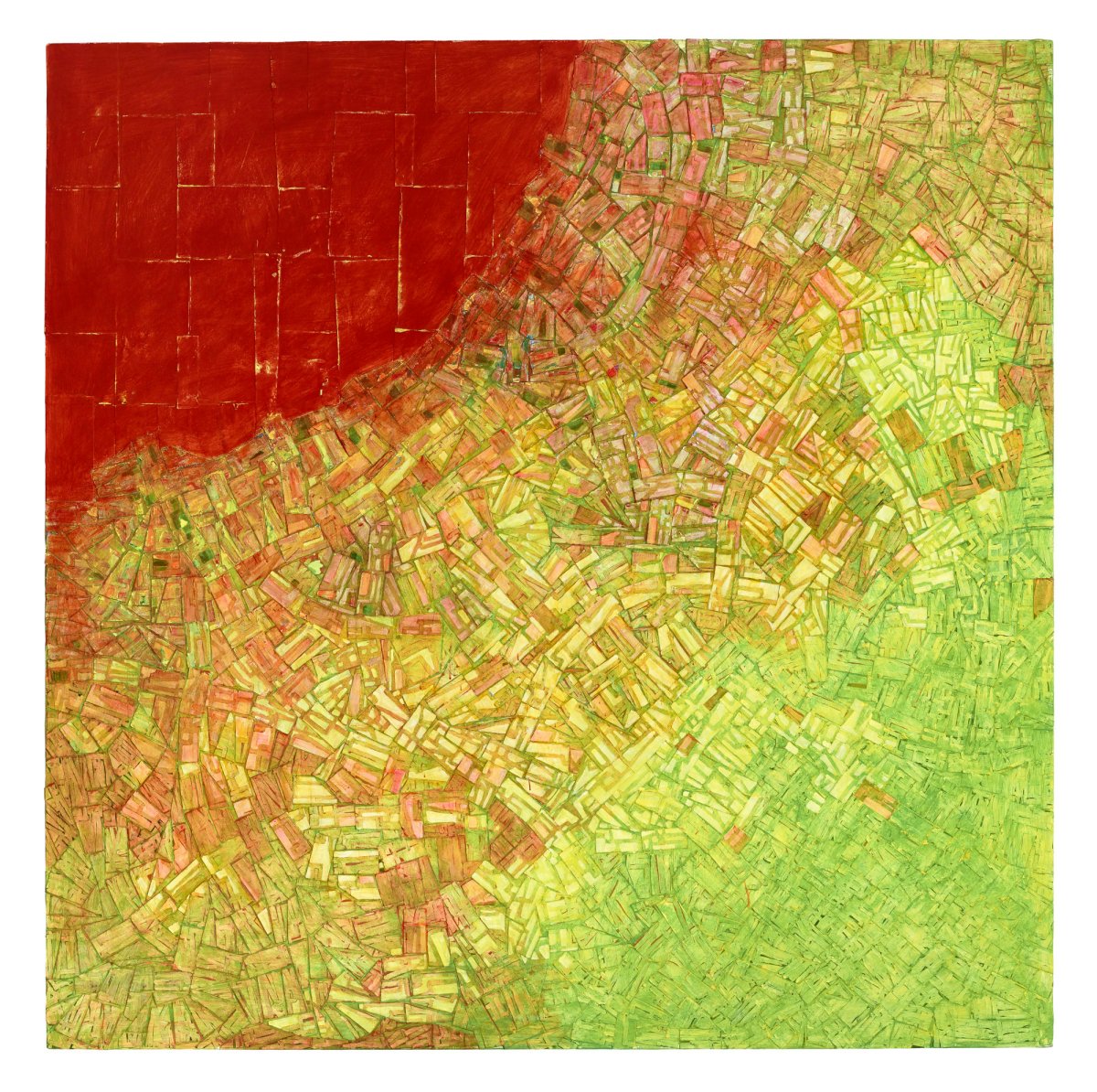 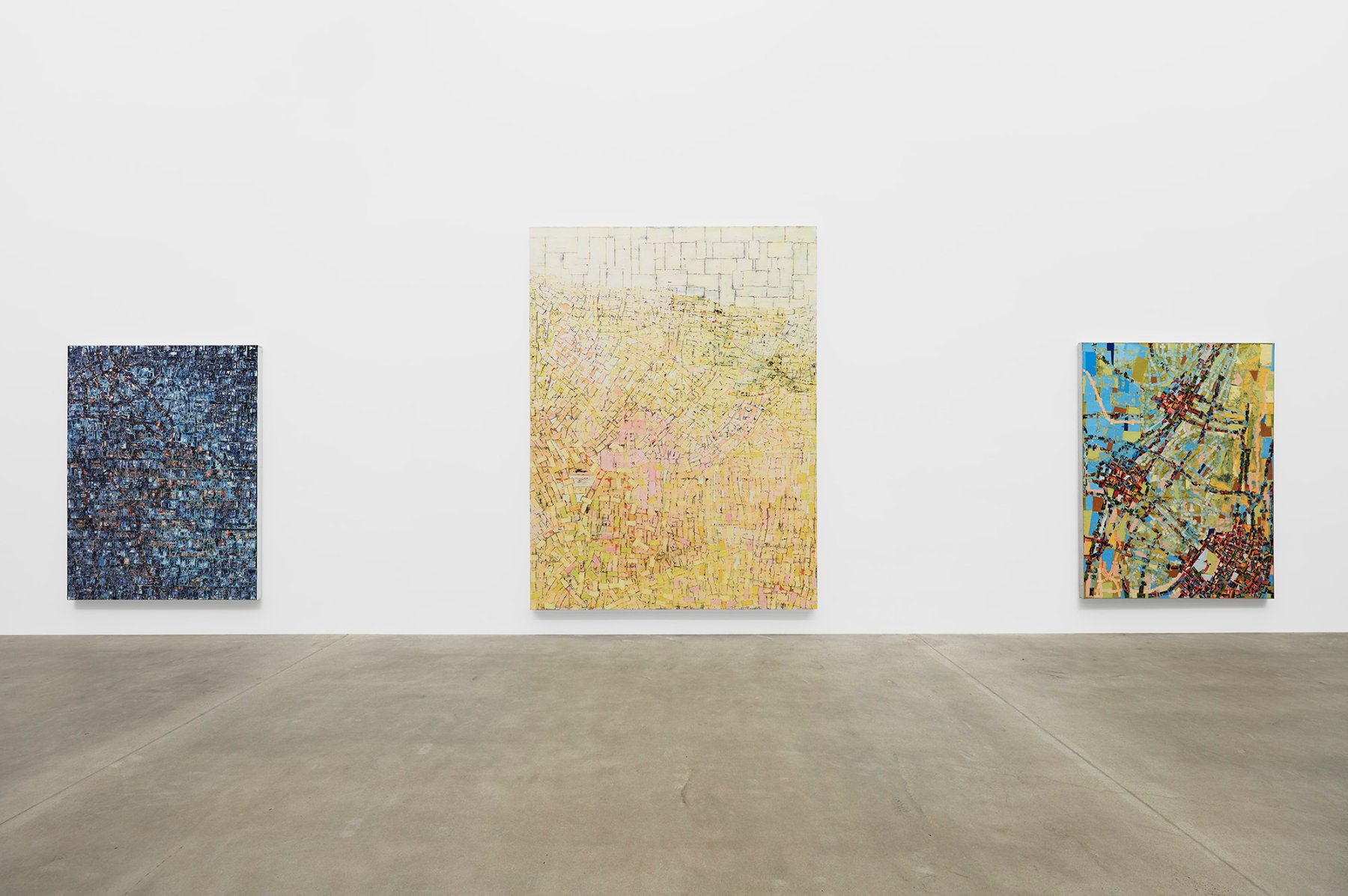 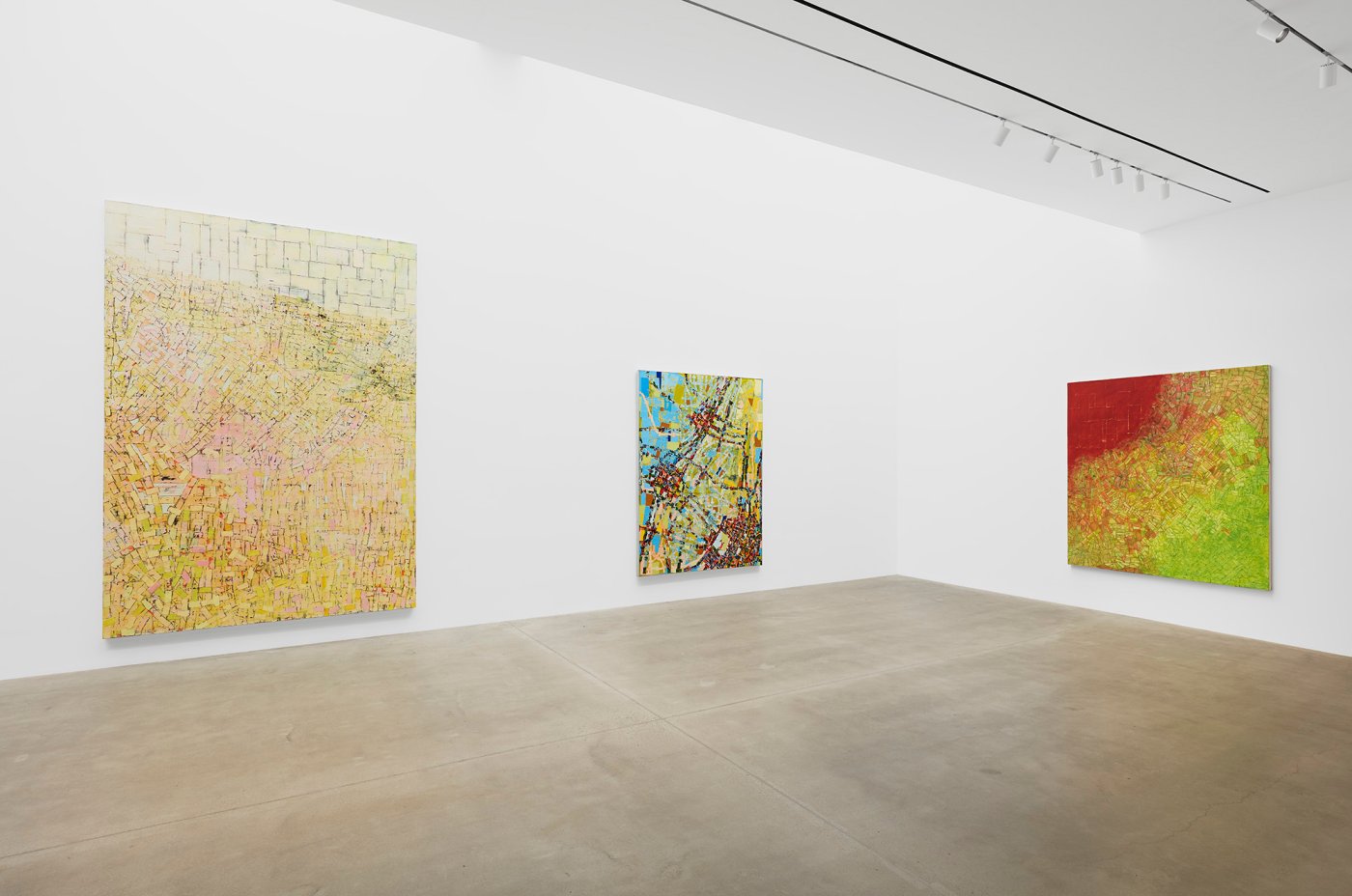 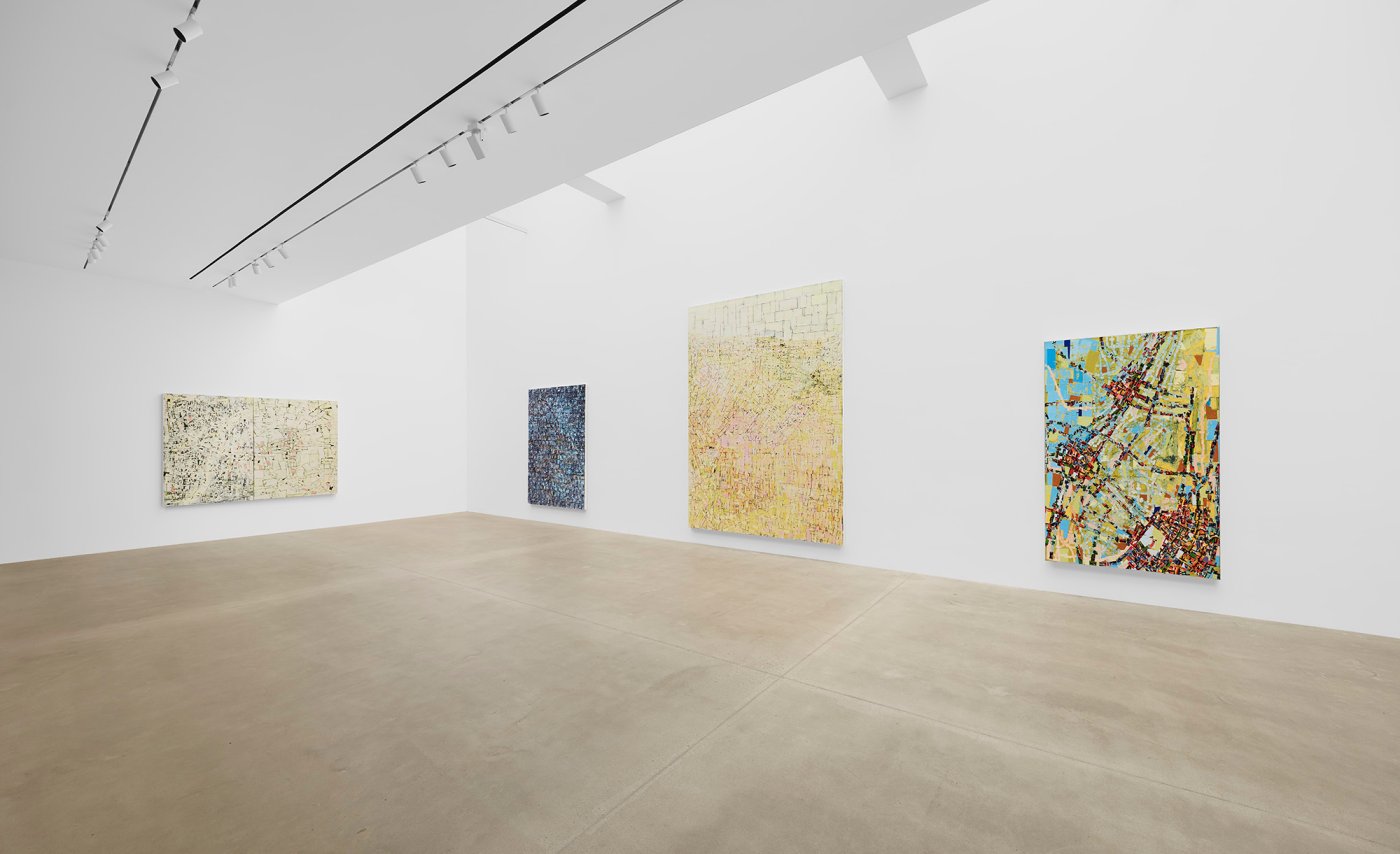 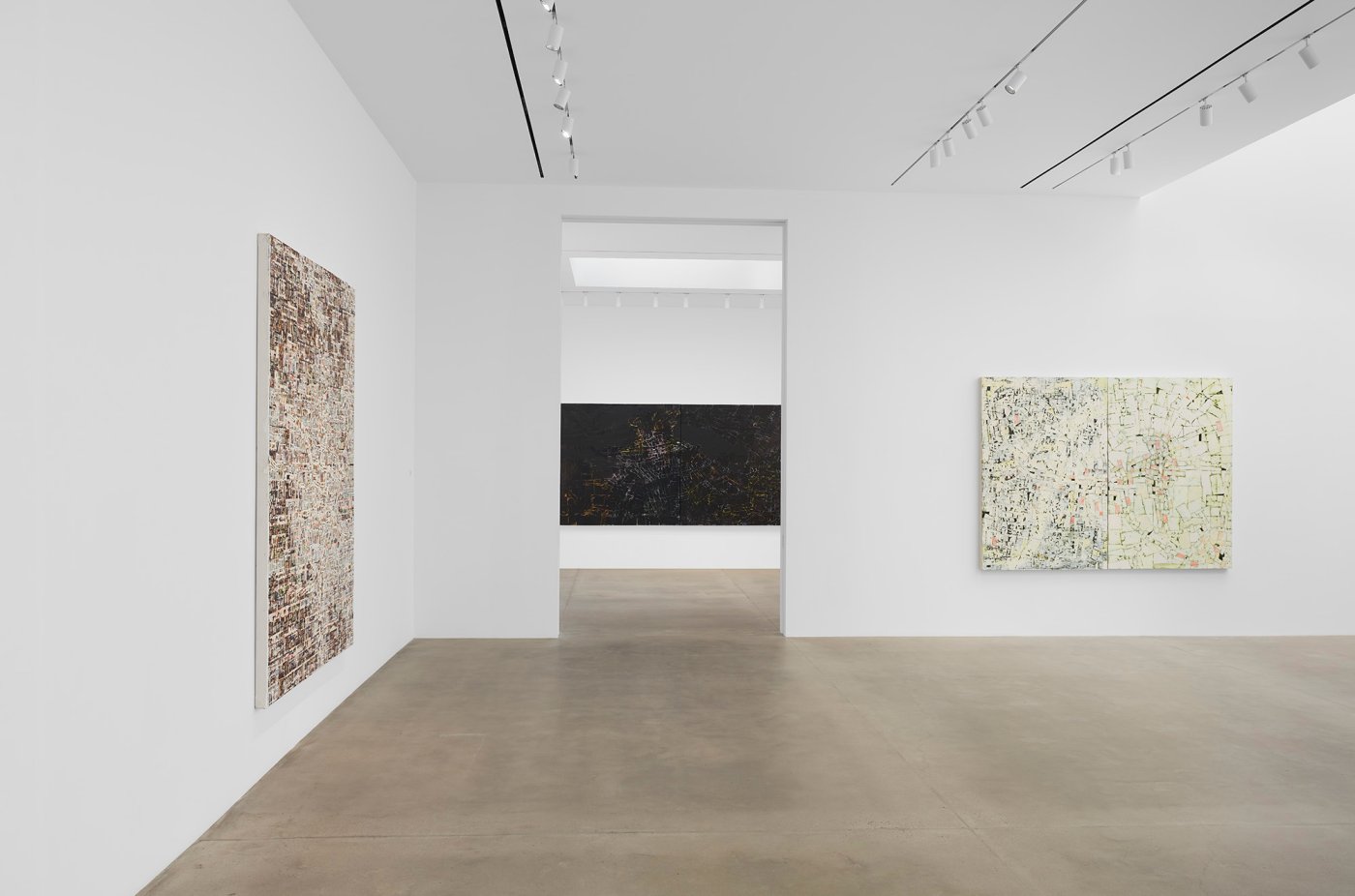 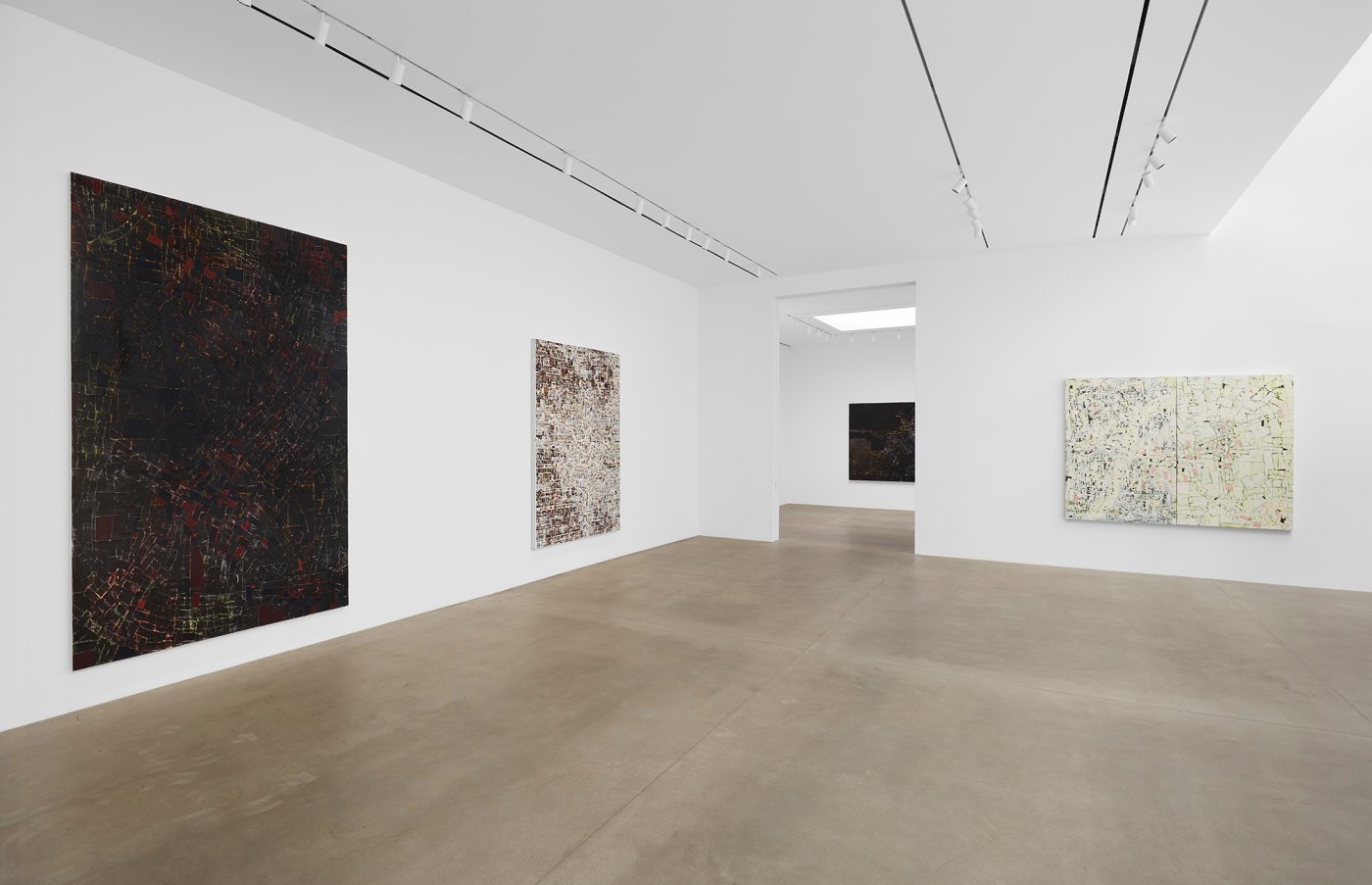 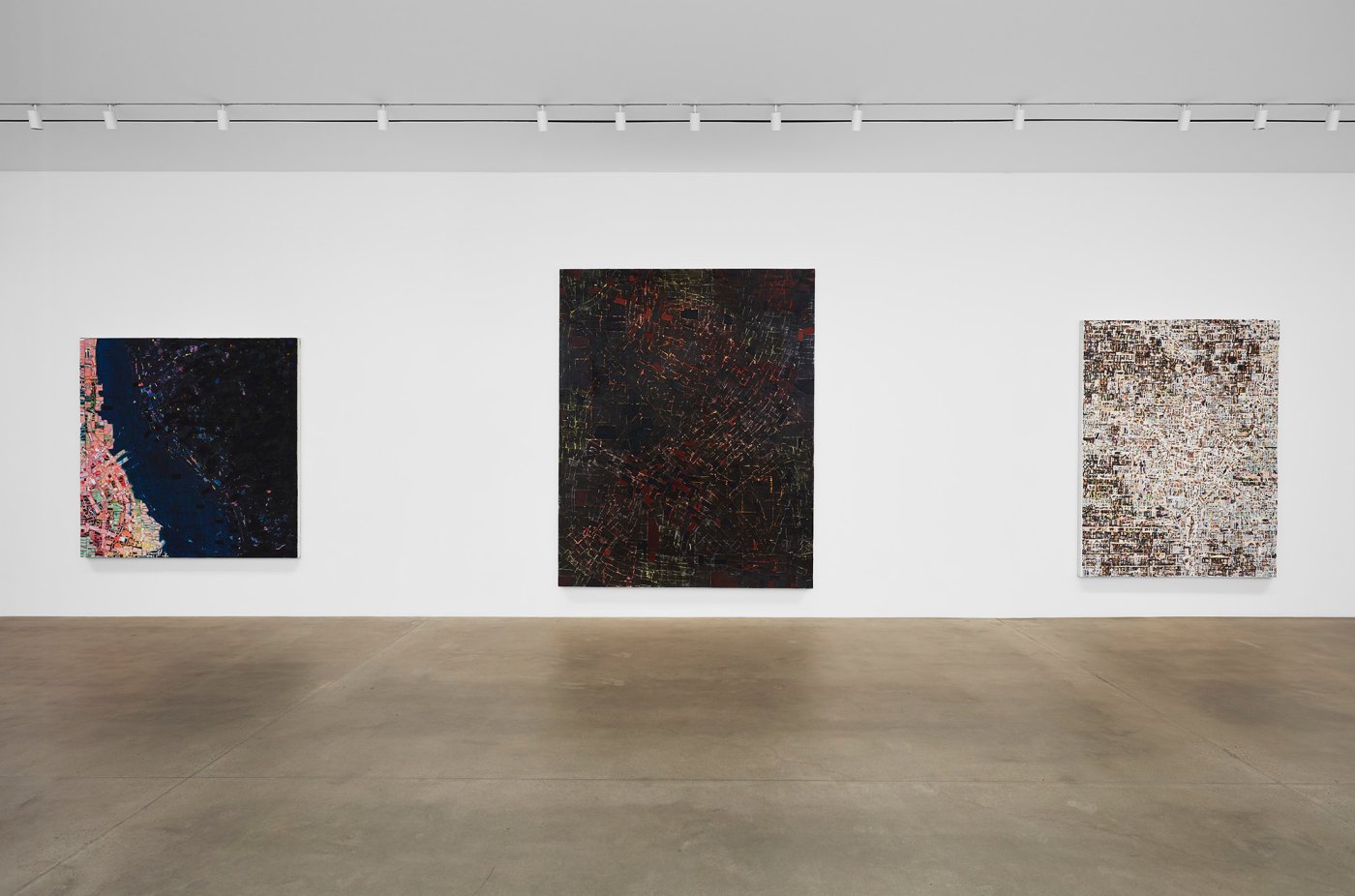 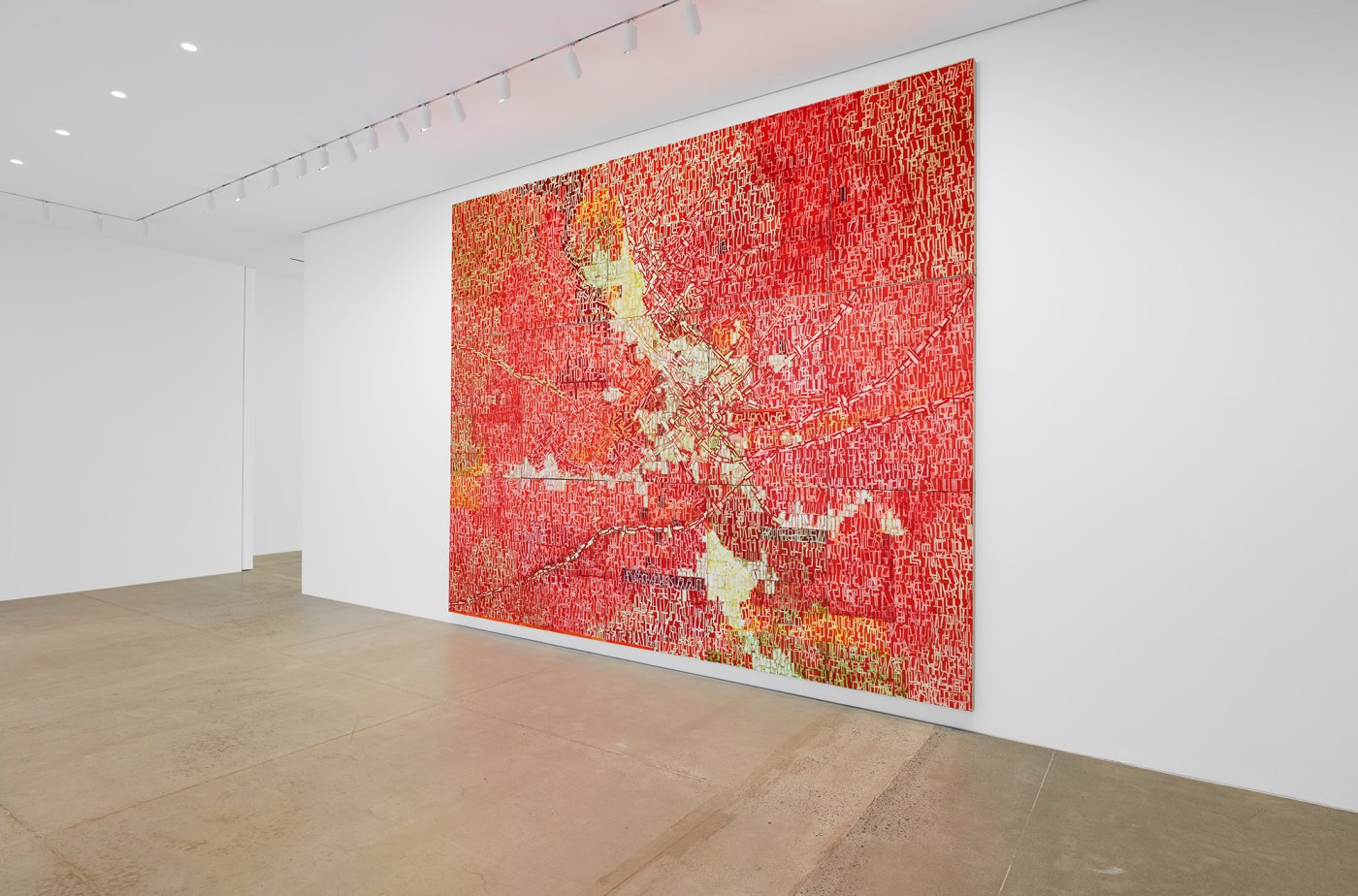 Lowe’s current paintings evolved from ongoing public community projects—works of “social sculpture” that saw him move beyond the conventions of visual practice by developing and exercising skills in civic organization, political agitation, real-estate development, and architectural criticism. Over the past three decades, Lowe has evolved a mutable practice centered on catalyzing change through the transformation of shared structures and sites. To this end, in 1993, he cofounded Project Row Houses in Houston’s Third Ward, a historically and culturally significant African American neighborhood. Conceived in collaboration with other artists and creative thinkers, Project Row Houses transformed a small area of derelict shotgun houses into a vibrant cultural district. Lowe has continued such community-based art programs with Greenwood Art Project in Tulsa, Oklahoma (2018–21) and Black Wall Street Journey (2021–) in Chicago, for which he worked with local artists and residents to raise awareness of issues of migration, wealth creation, and the destruction of community around the 1921 Tulsa Race Massacre.

Returning to painting with these abstract canvases, Lowe brings ideas from his communal projects to bear on his studio practice. Frequently playing dominoes with community members, he has engineered a visual language based on overhead photographs of the tabletop game, which requires strategy, chance, and speed. Engaging in the pastime across the world, he discovered that players from some cultures arrange the pieces along a single axis, while others do so in four directions. Lowe also noticed visual similarities between the game’s dense, repeating patterns and maps of urban districts, their meandering linear forms reminiscent of streets, blocks, and other infrastructure. Tracing and layering these patterns, he began to produce paintings and drawings with collaged elements that signify the reconfiguration and movement of communities over time, while also suggesting relationships beyond the strictly geographic.

The works in Meditations on Social Sculpture offer, in Lowe’s words, “an opportunity to think about the issues of equity and urban planning in a more conceptual way”; he employs similar approaches in the Project Row Houses and Victoria Square Project paintings, and in other untitled abstractions in the exhibition, which feature variations in mark, palette, and surface texture. In the large-scale diptych Untitled #010722 (2022), luminescent rectangles activate a black ground, imbricated networks emerging from a process of covering and uncovering. Other paintings reflect on elements of their realization, functioning as interpretations of the artist’s social initiatives and explorations of paint itself. Project Row Houses: People and Place (2021), for example, is a meditation on people as fundamental to activating the work for which it is named, while Project Row Houses: Biggers and Beuys (2021) represents Lowe’s struggle with his influences and the complex notion of an artist “creating solutions.”