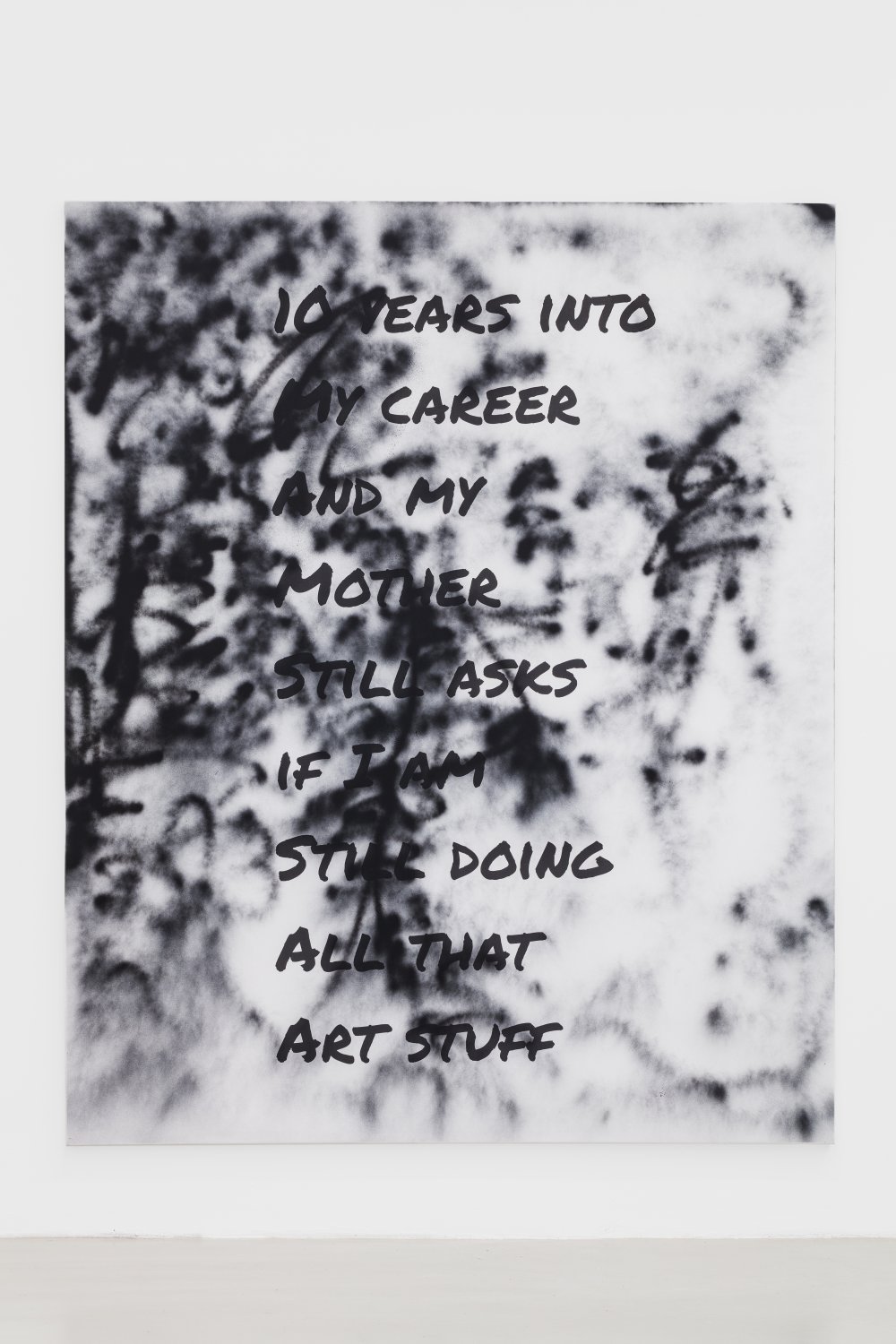 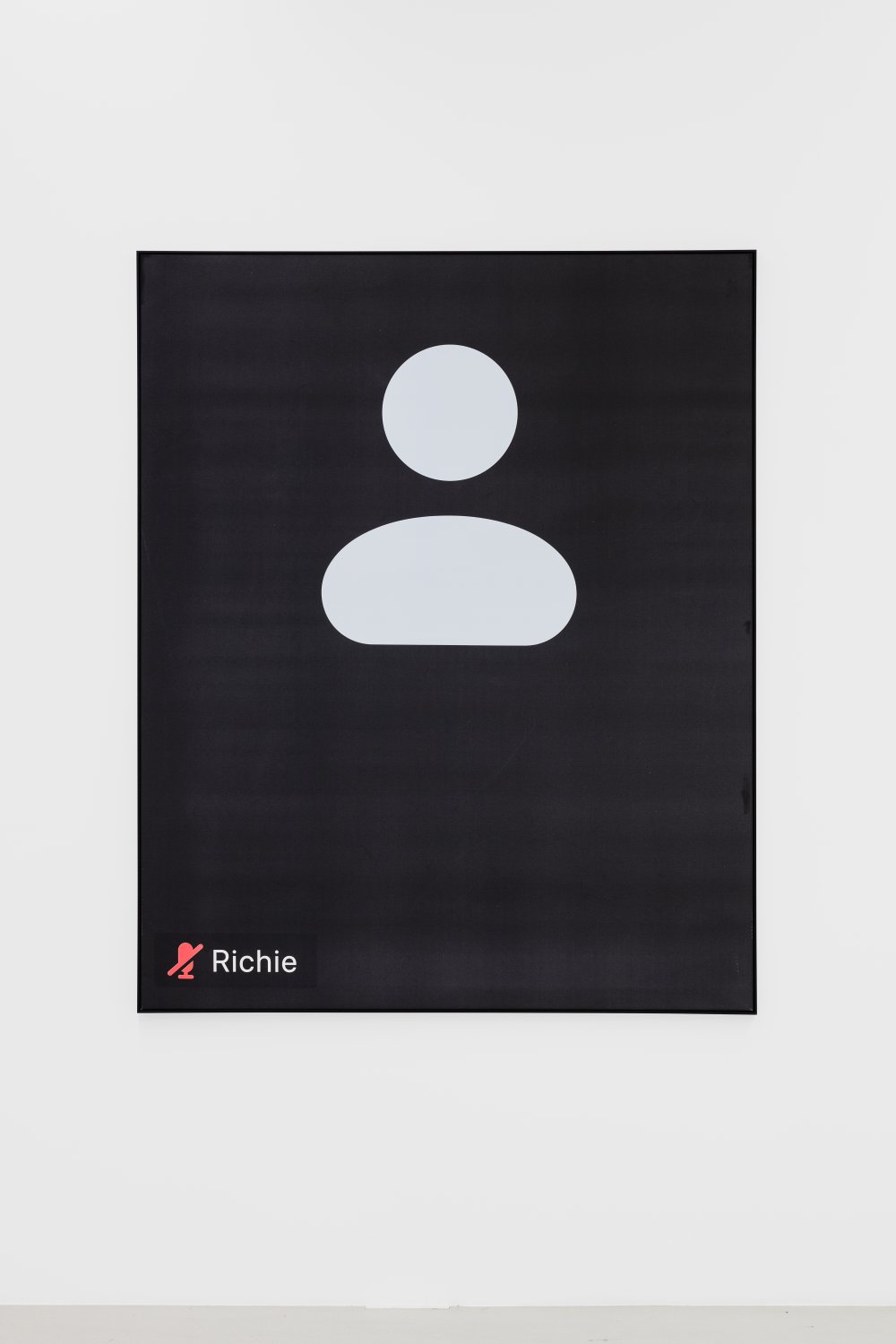 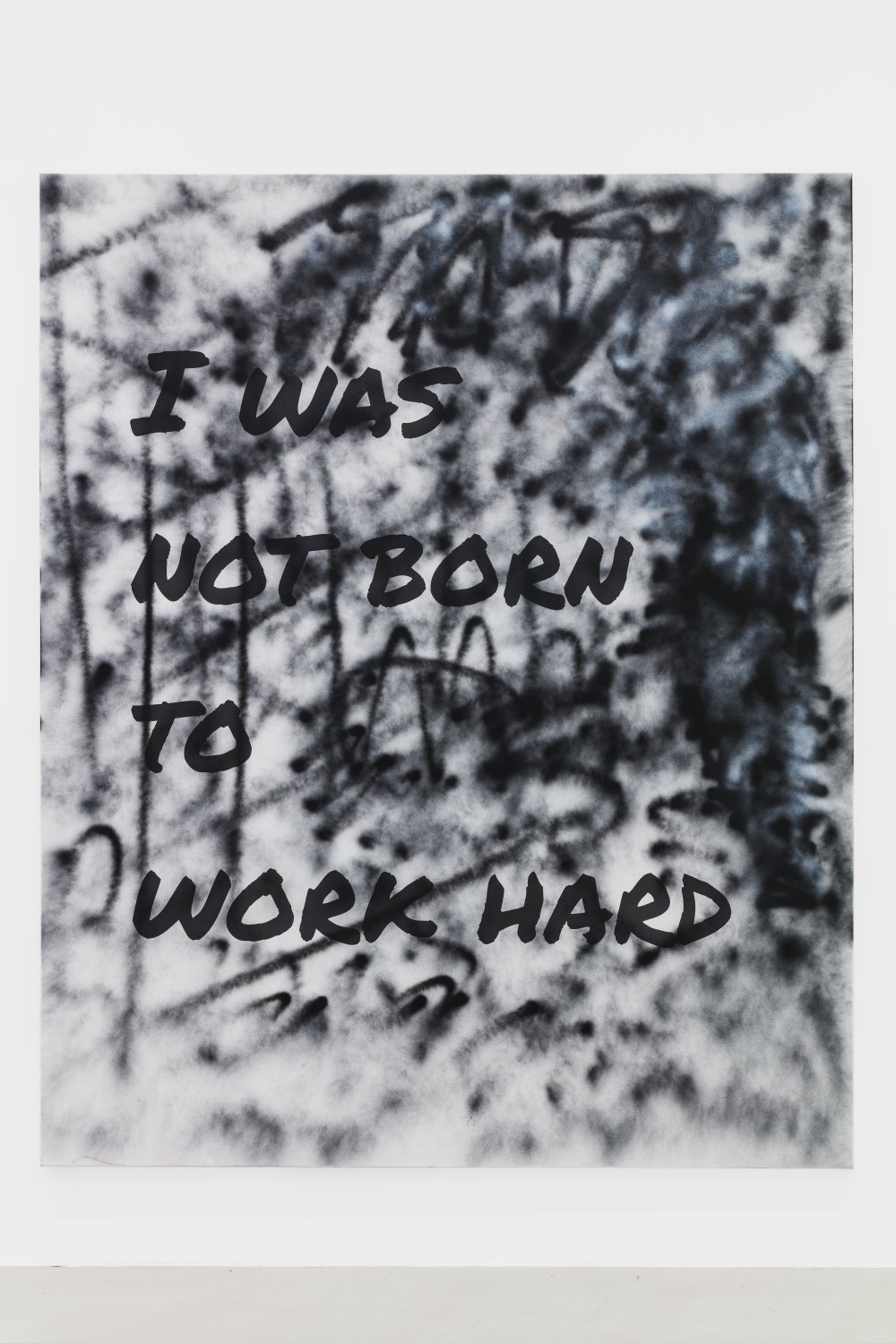 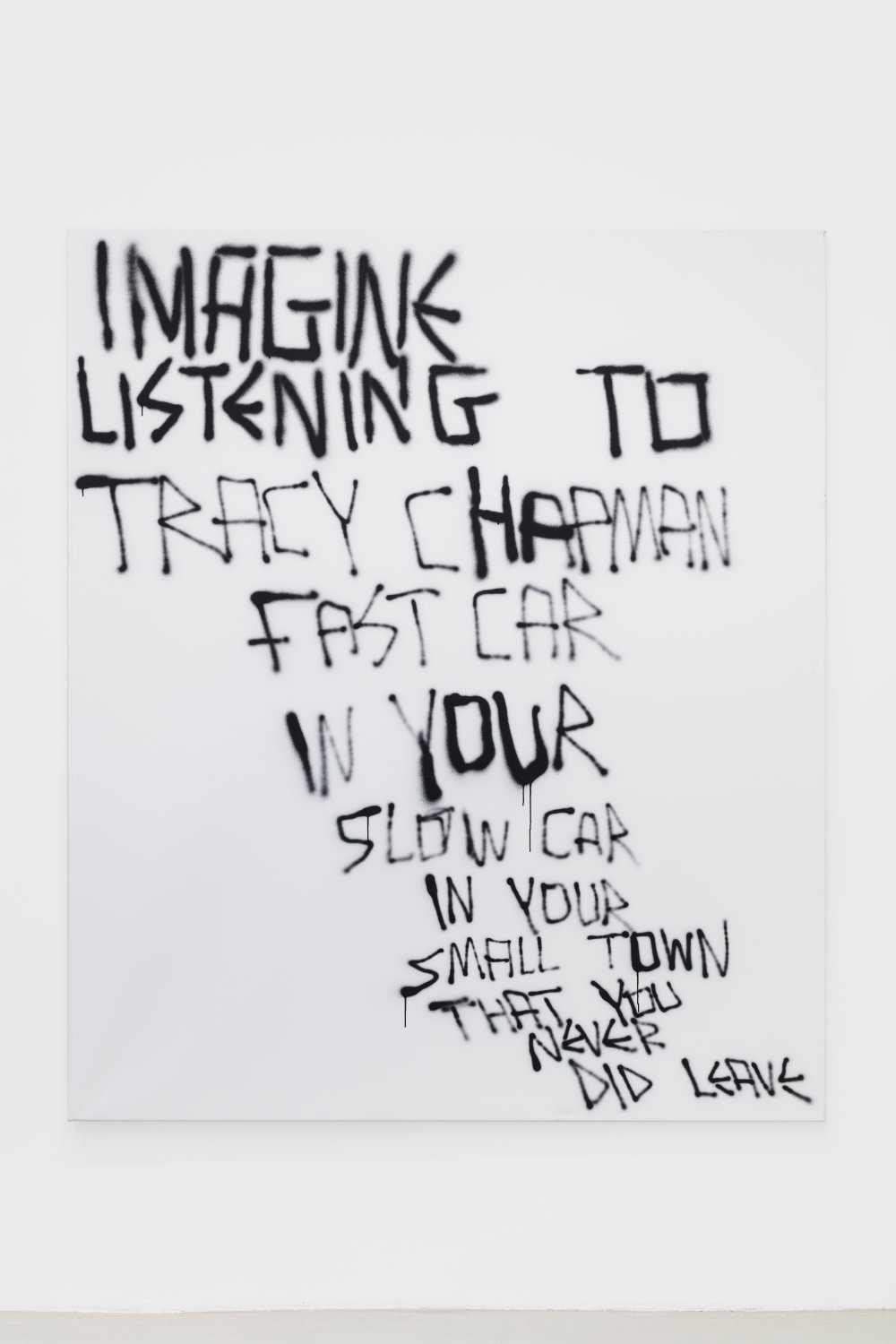 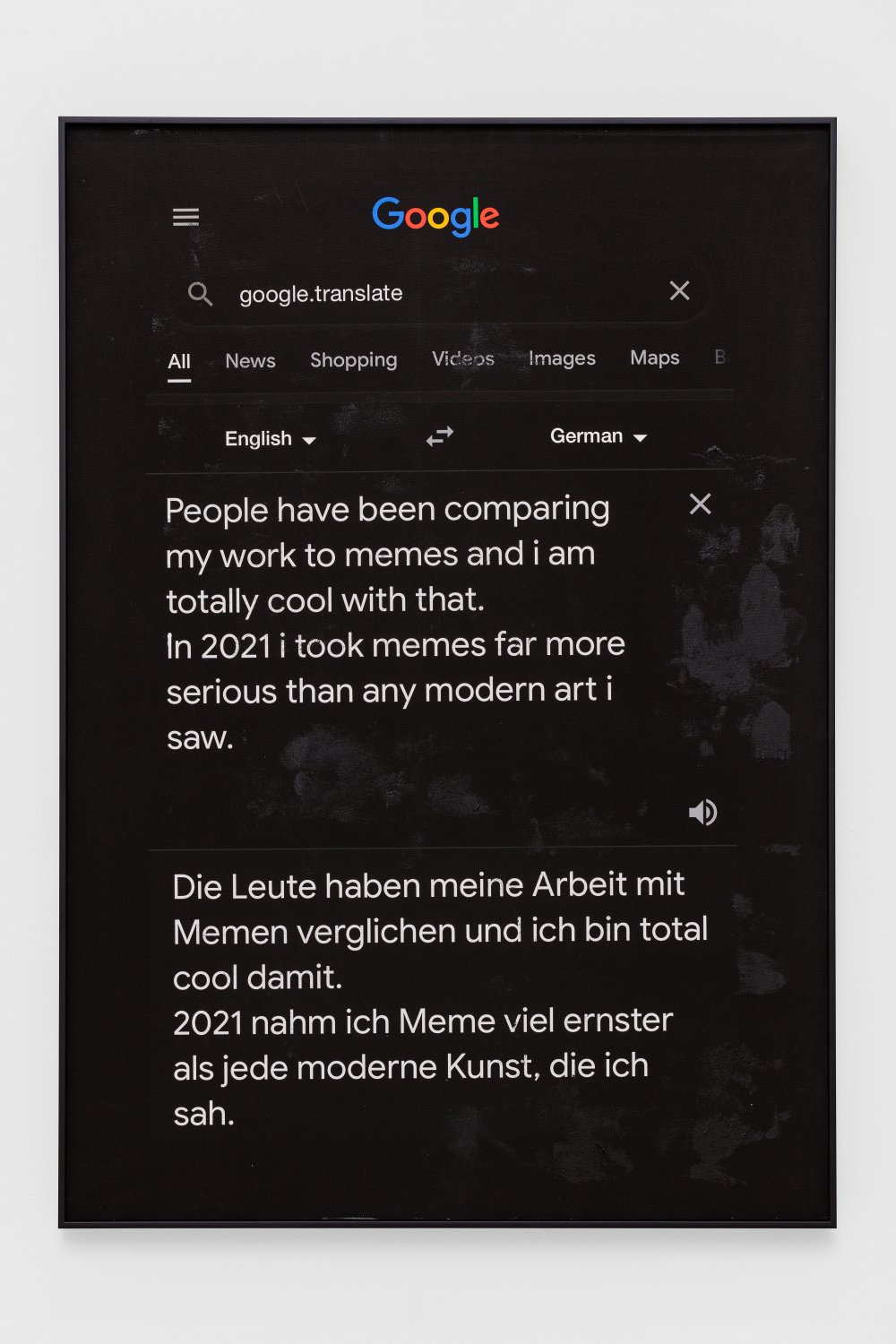 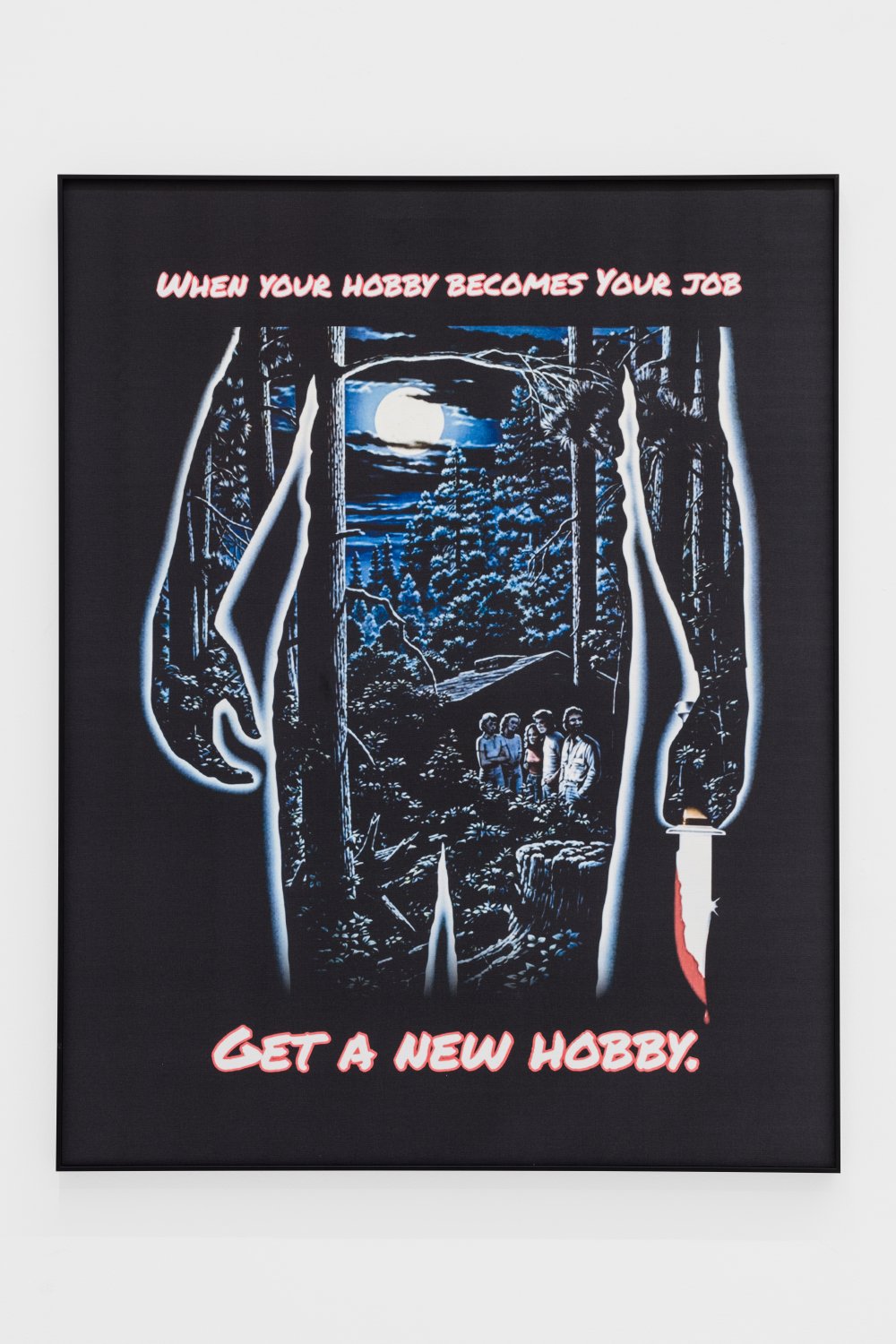 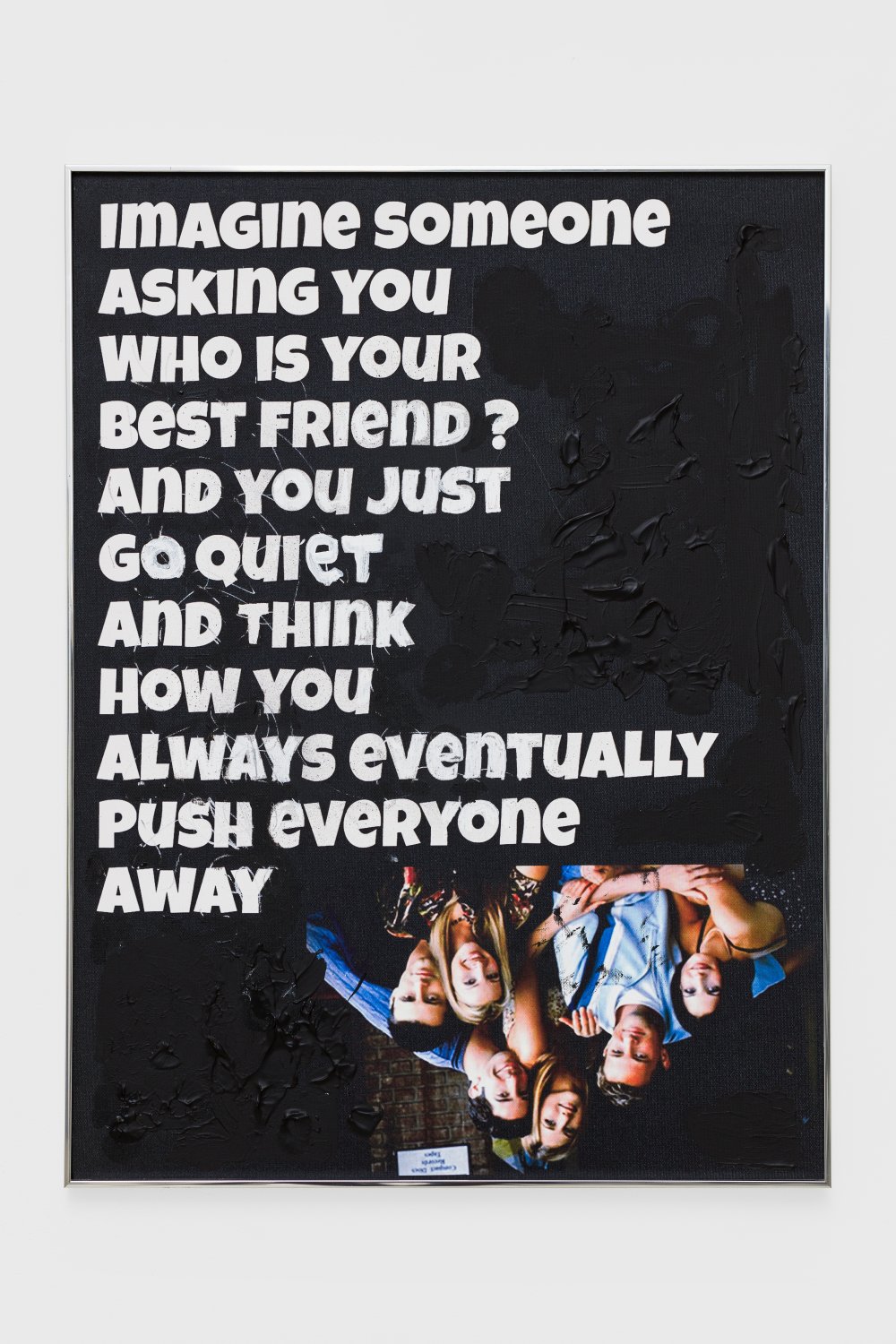 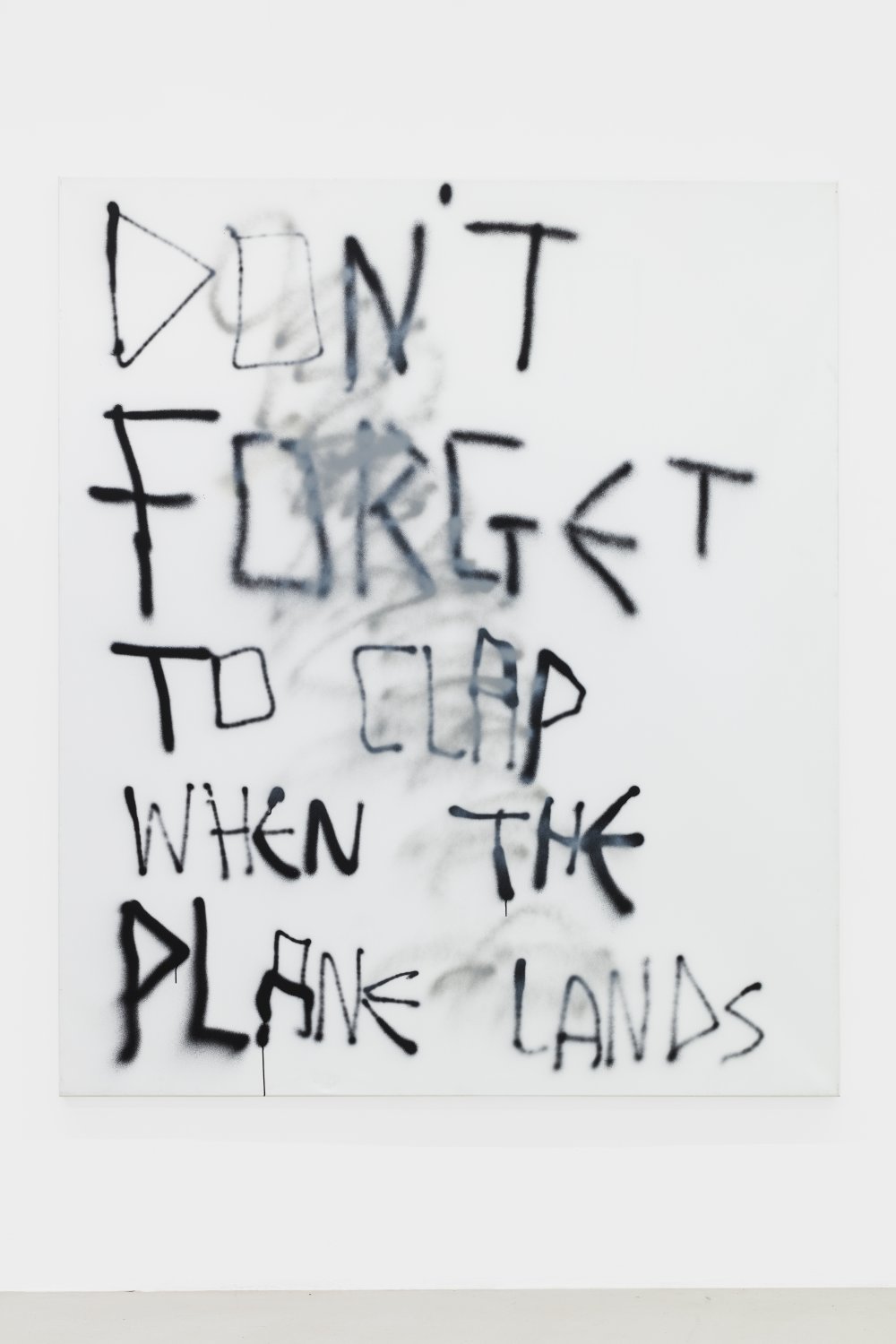 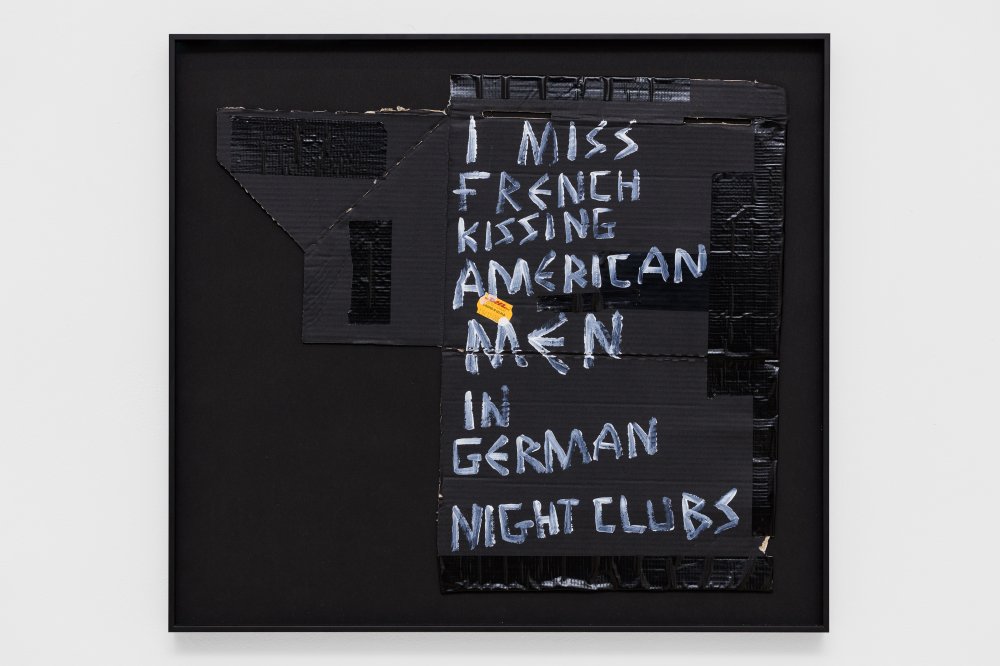 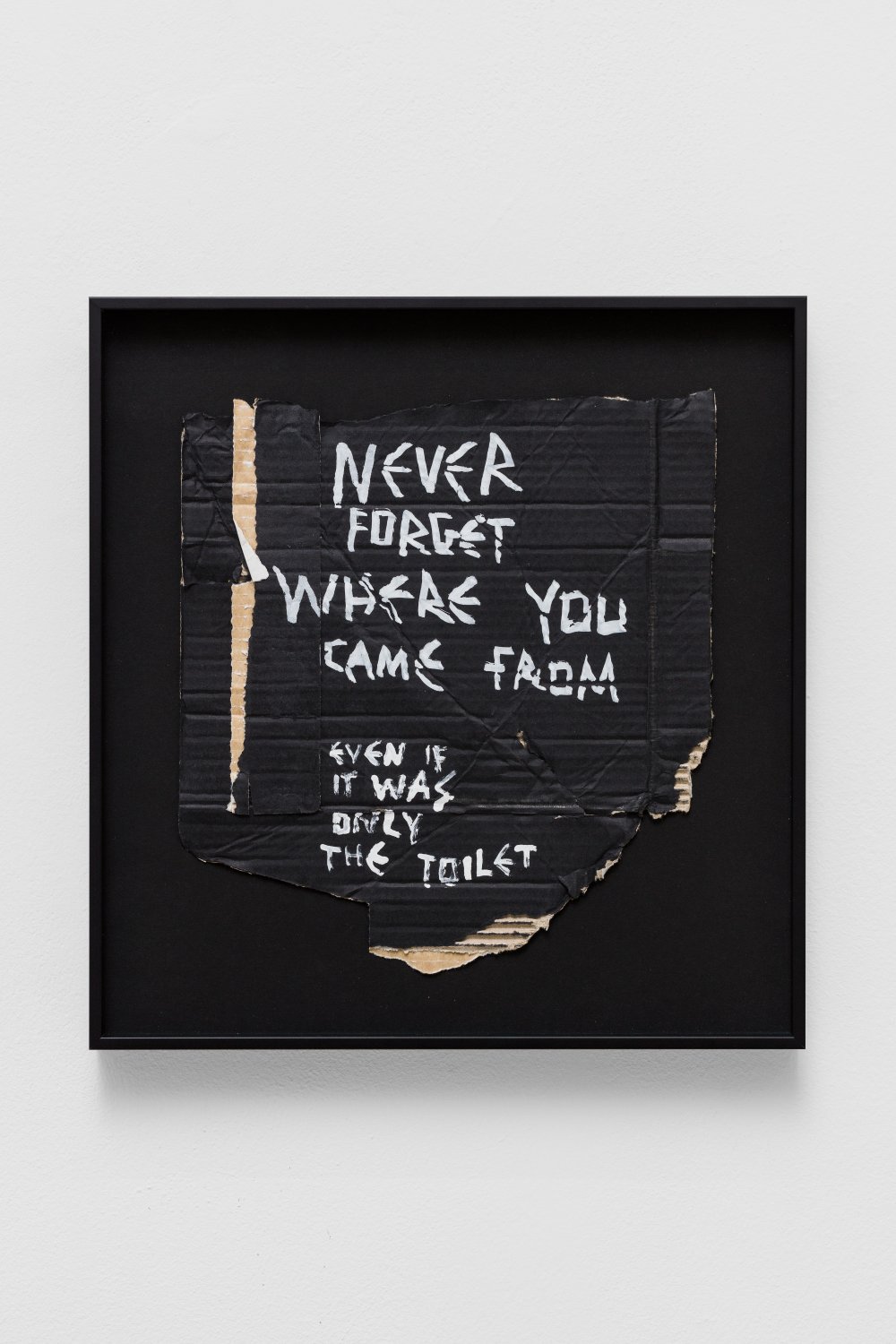 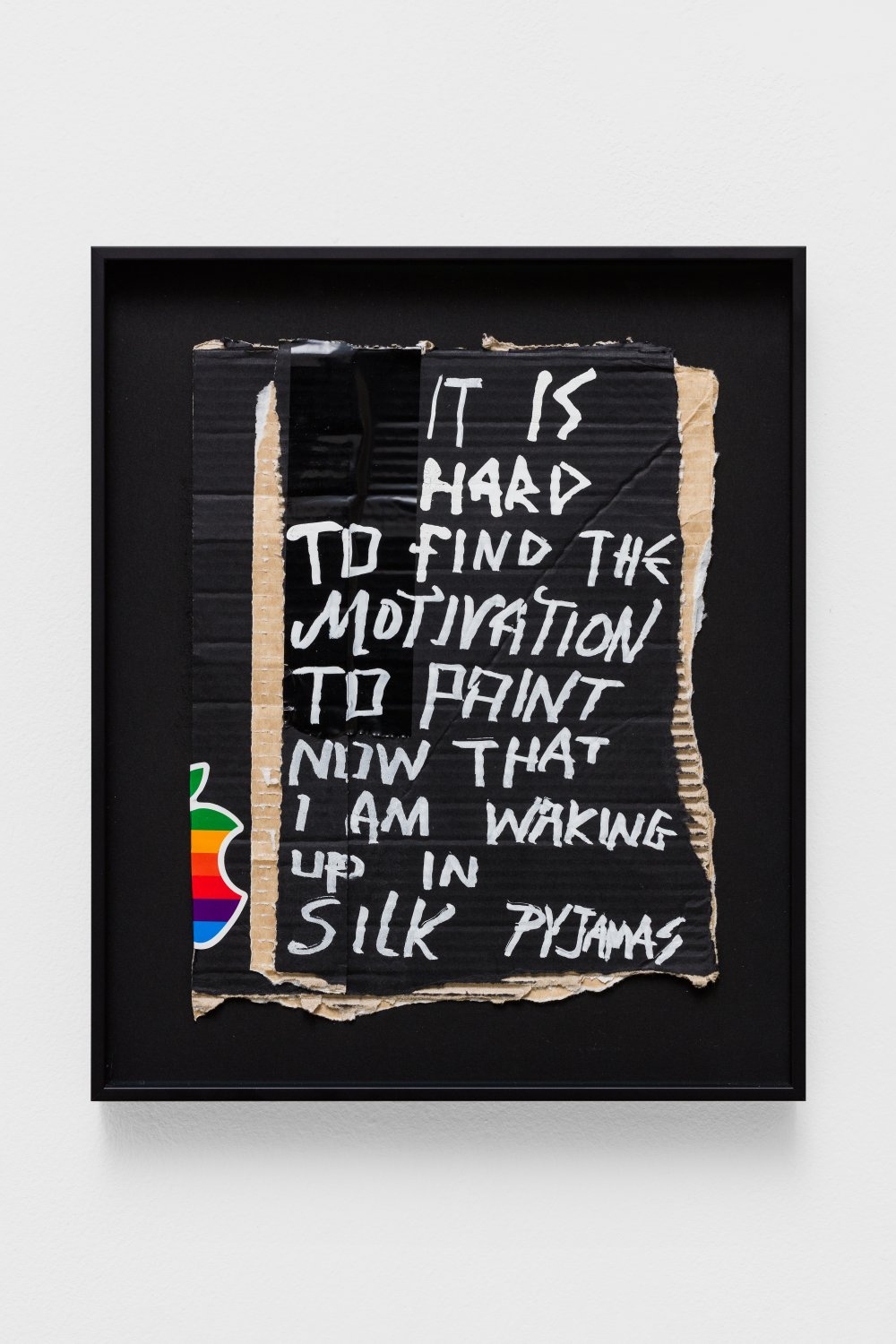 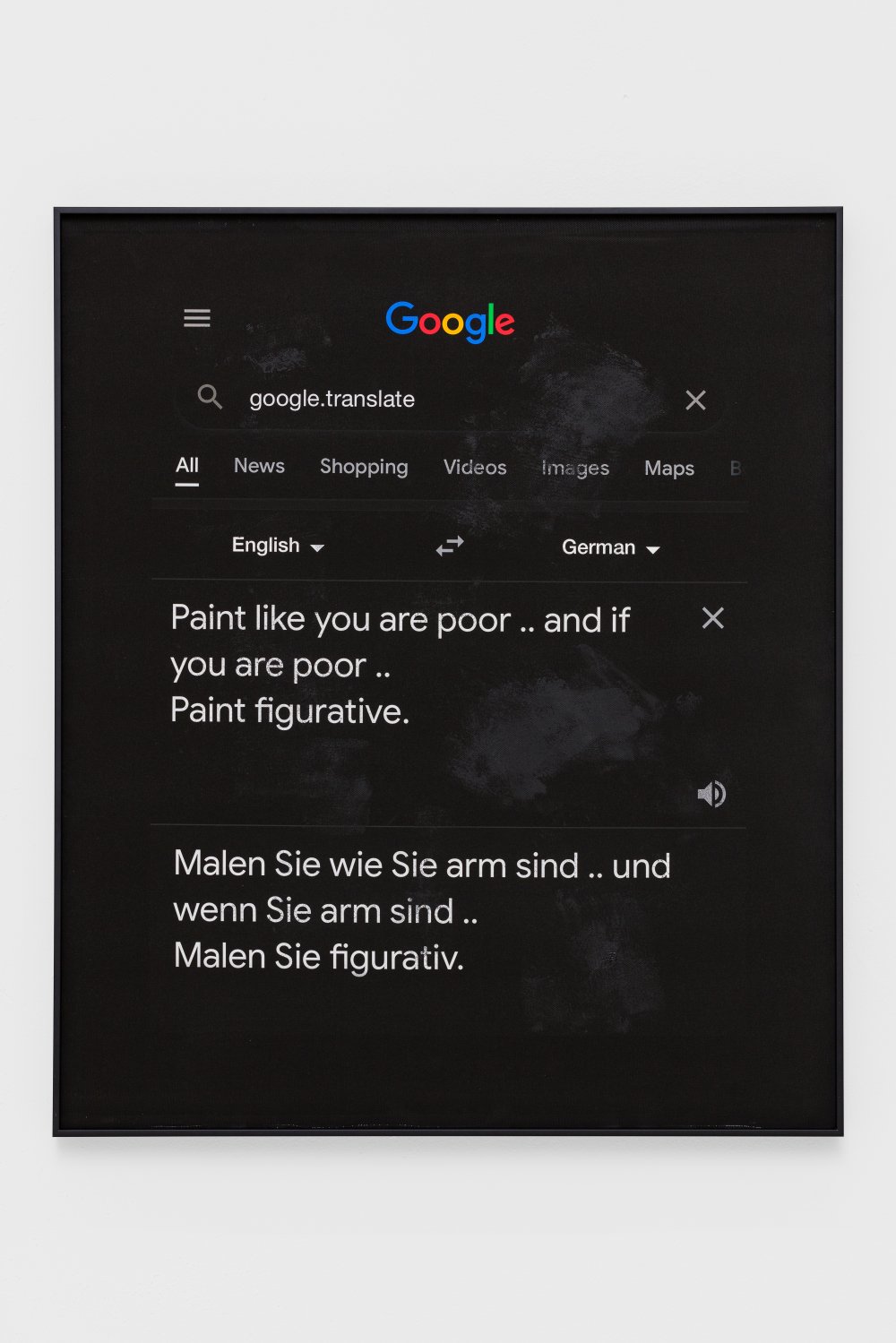 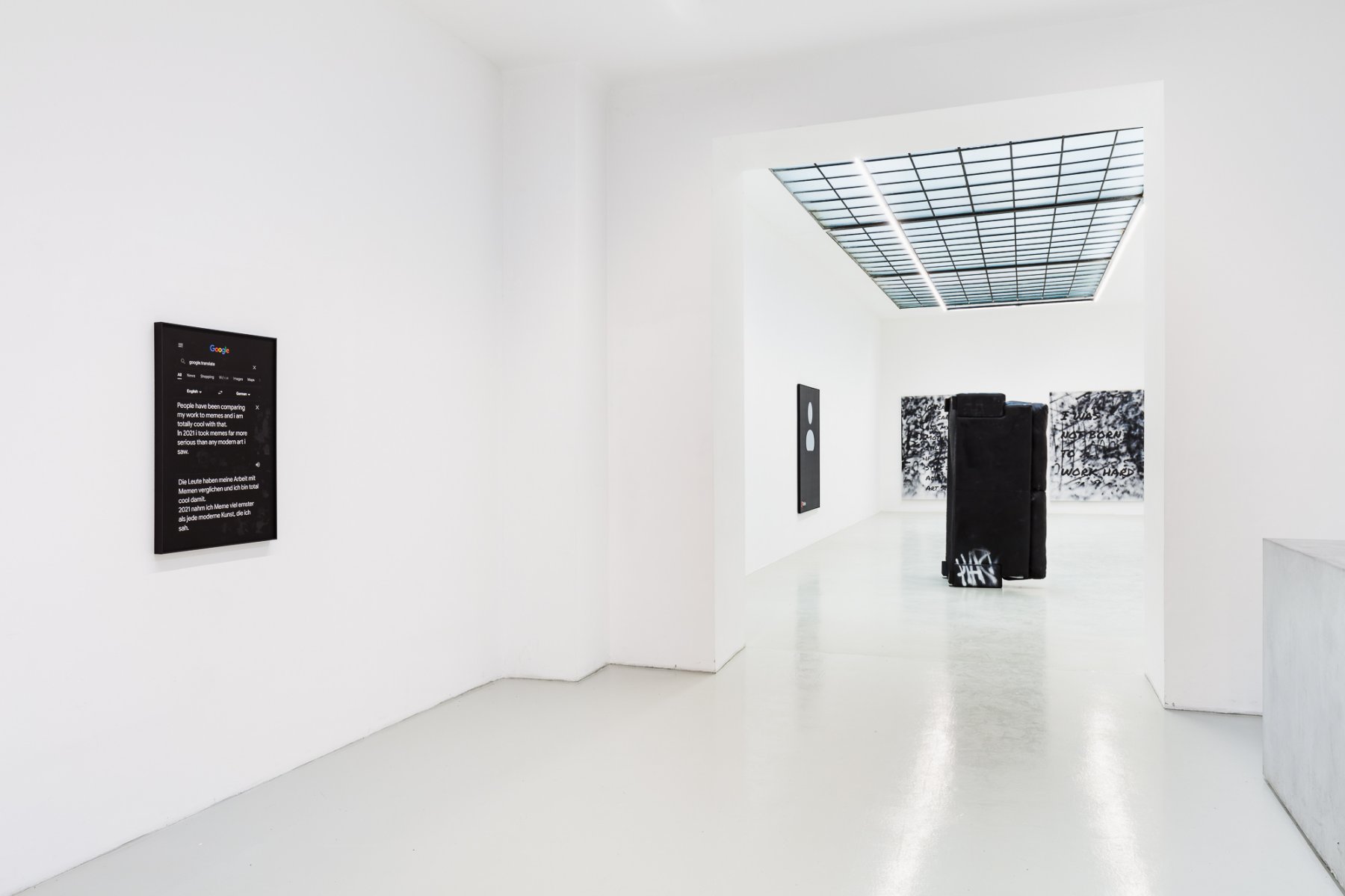 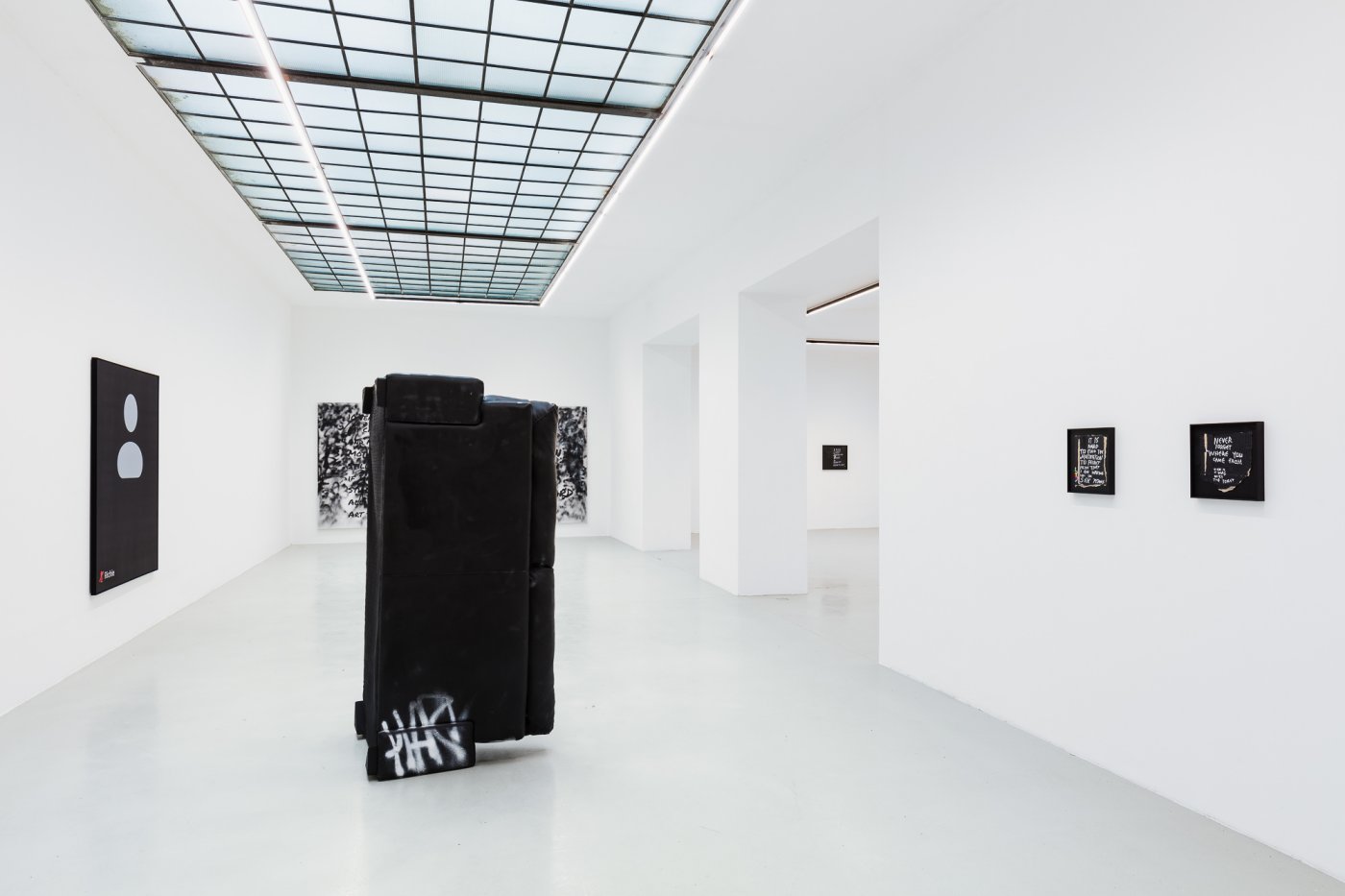 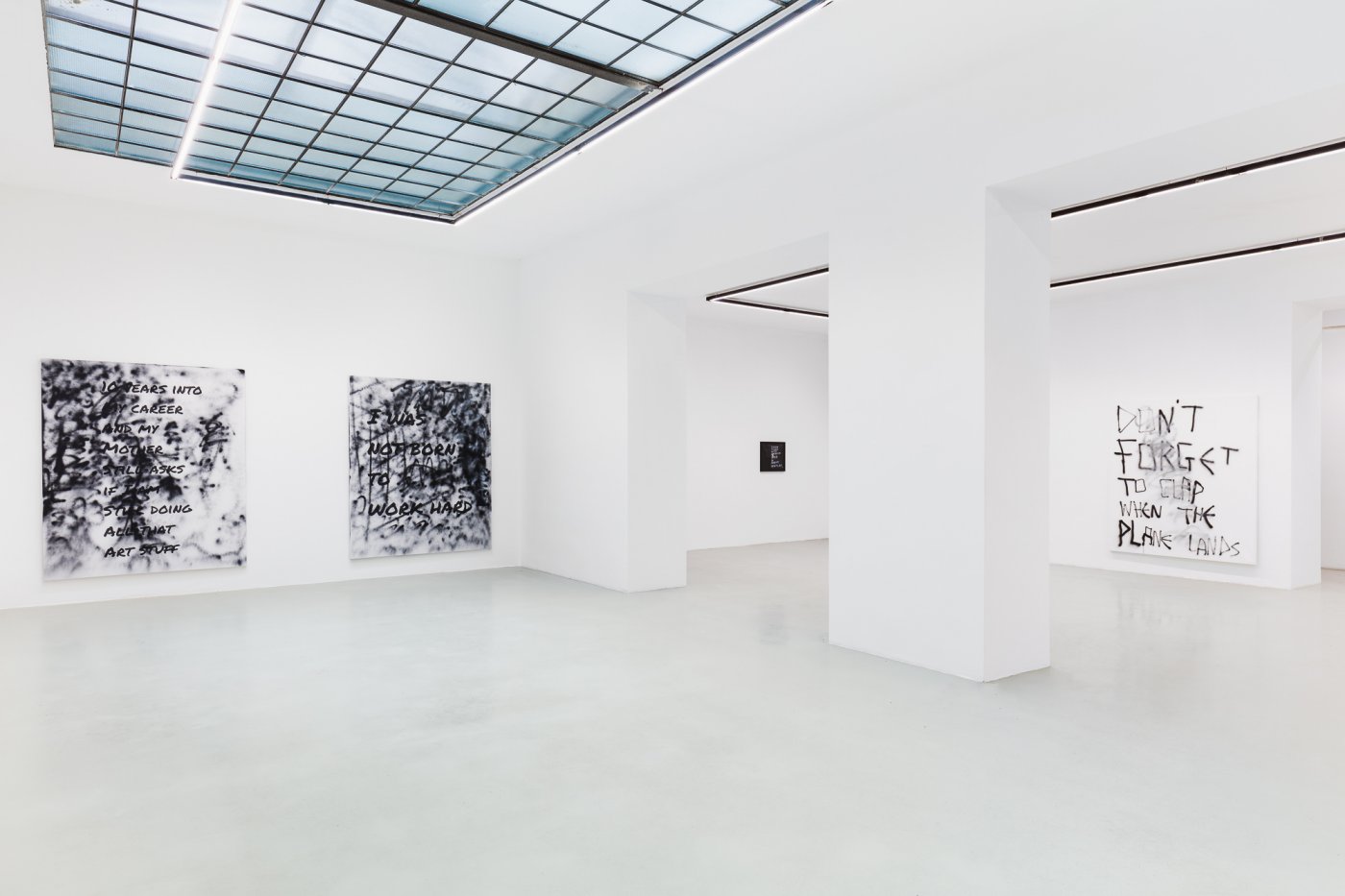 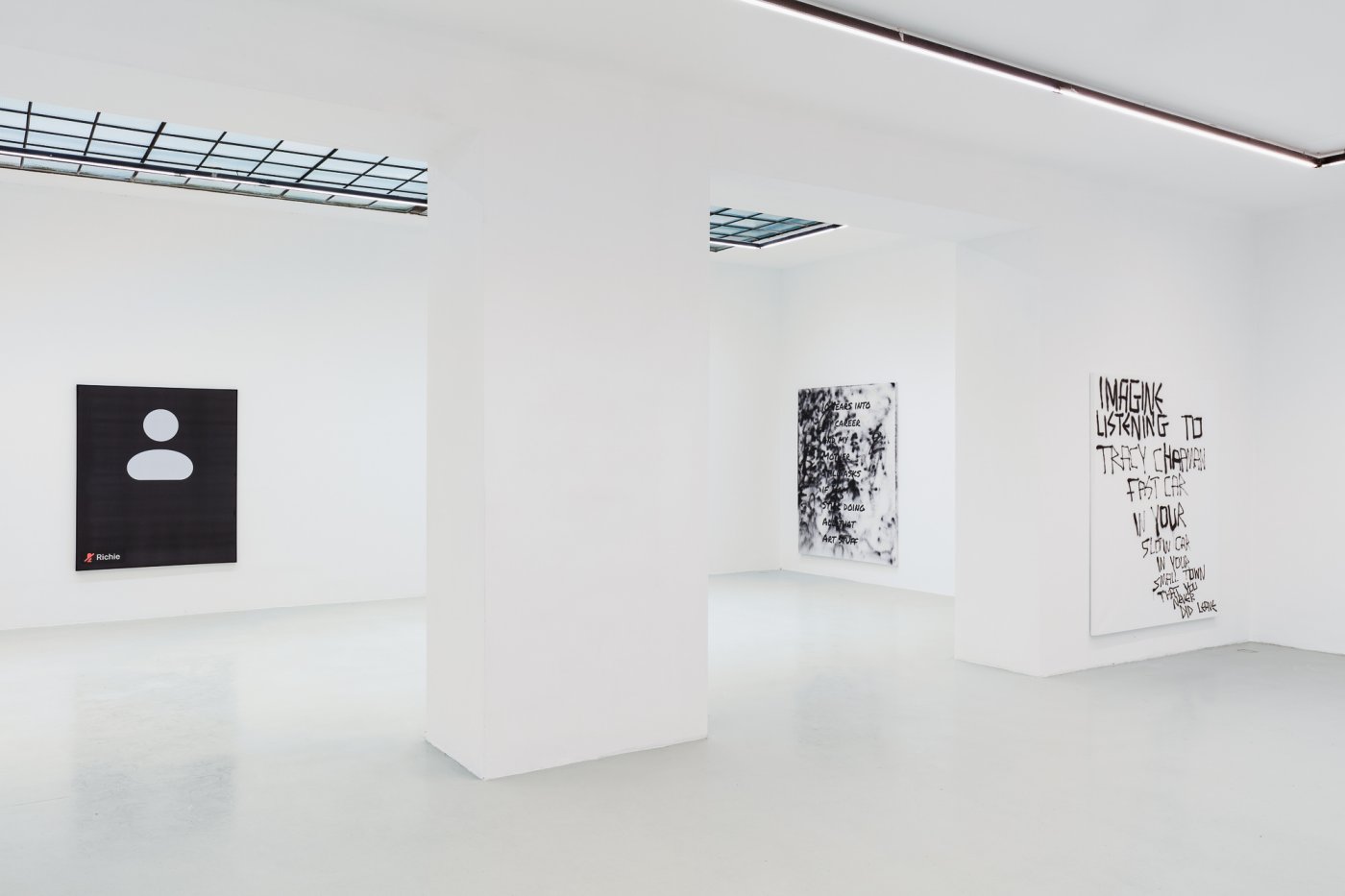 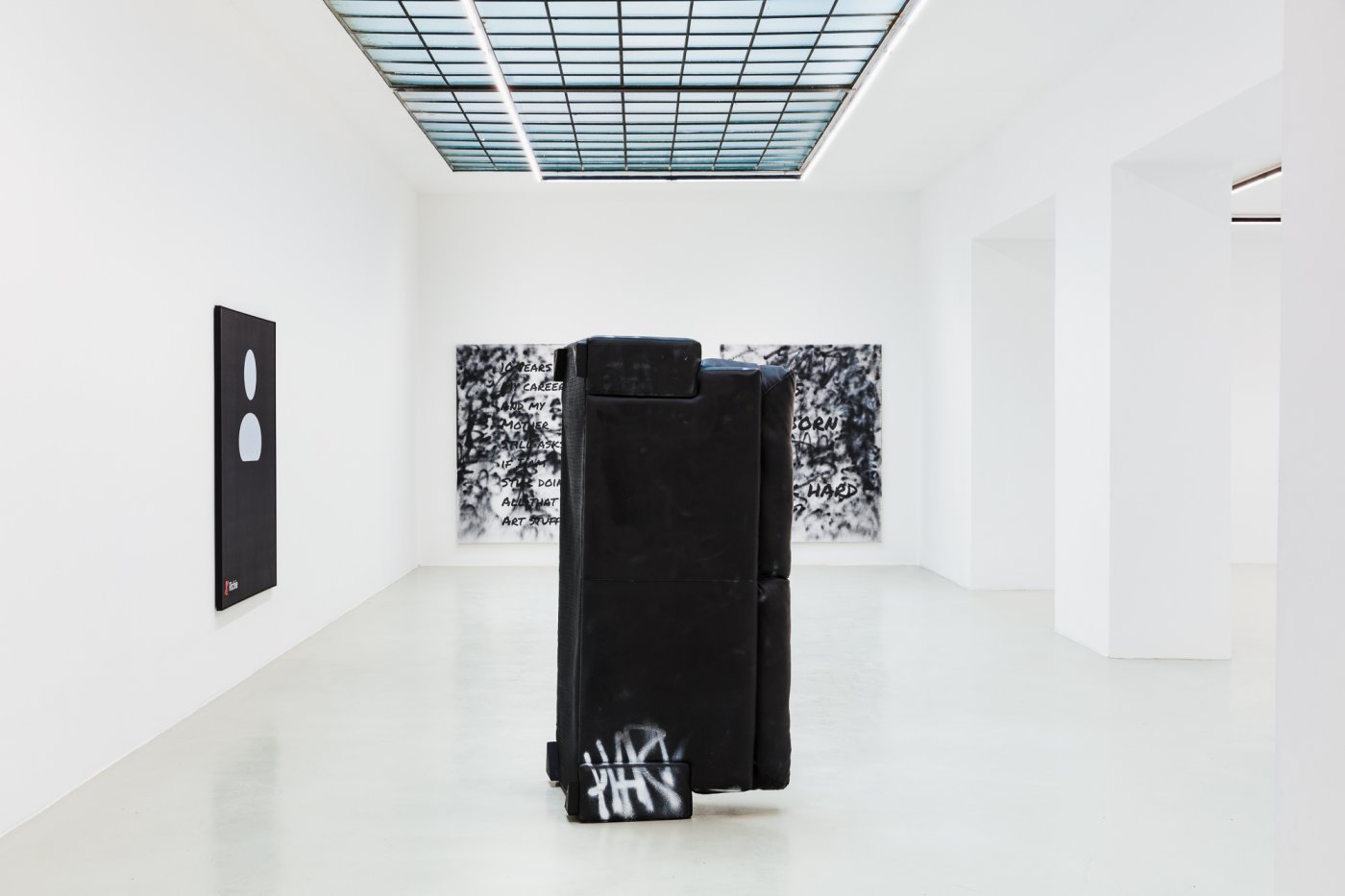 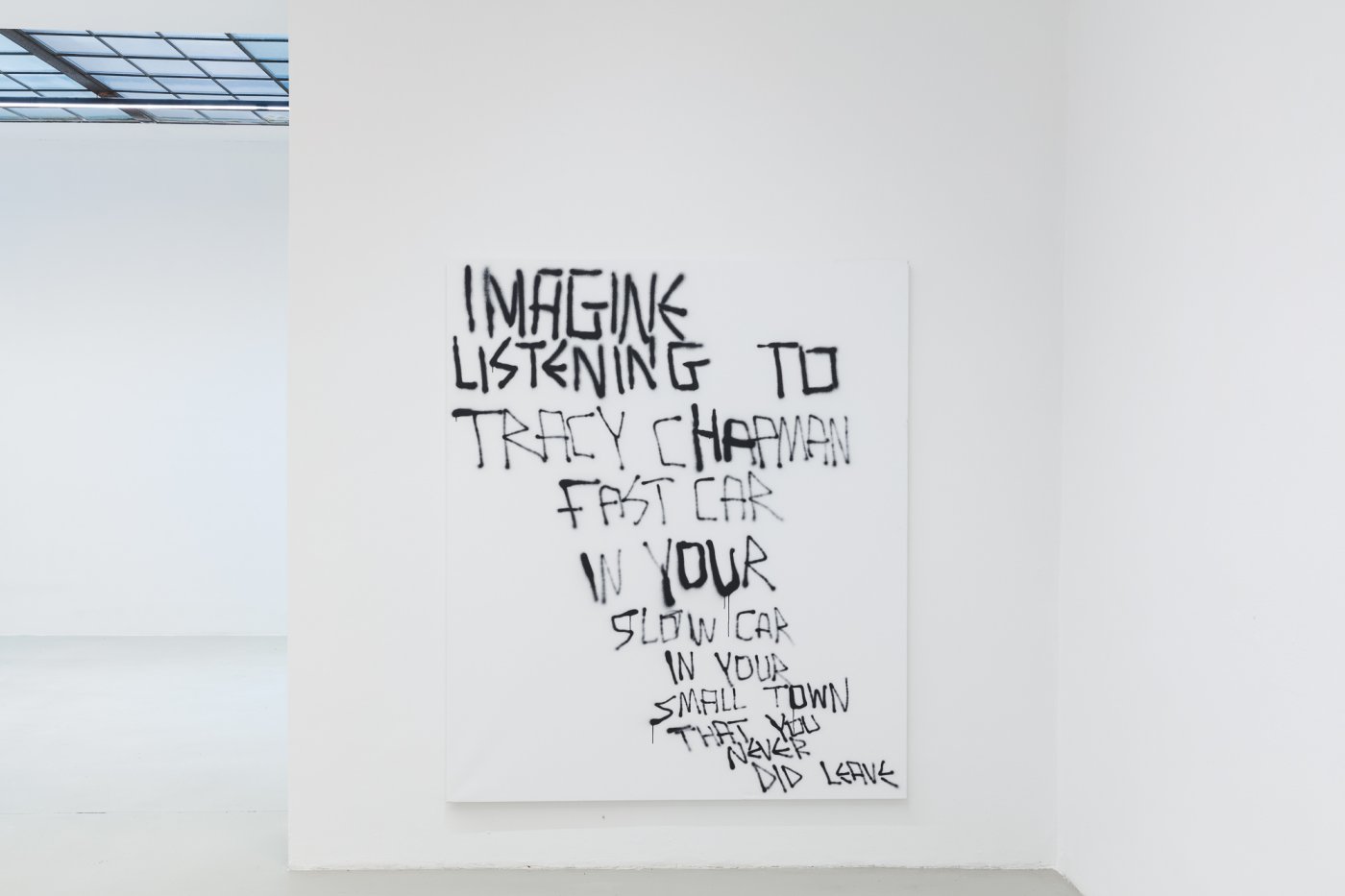 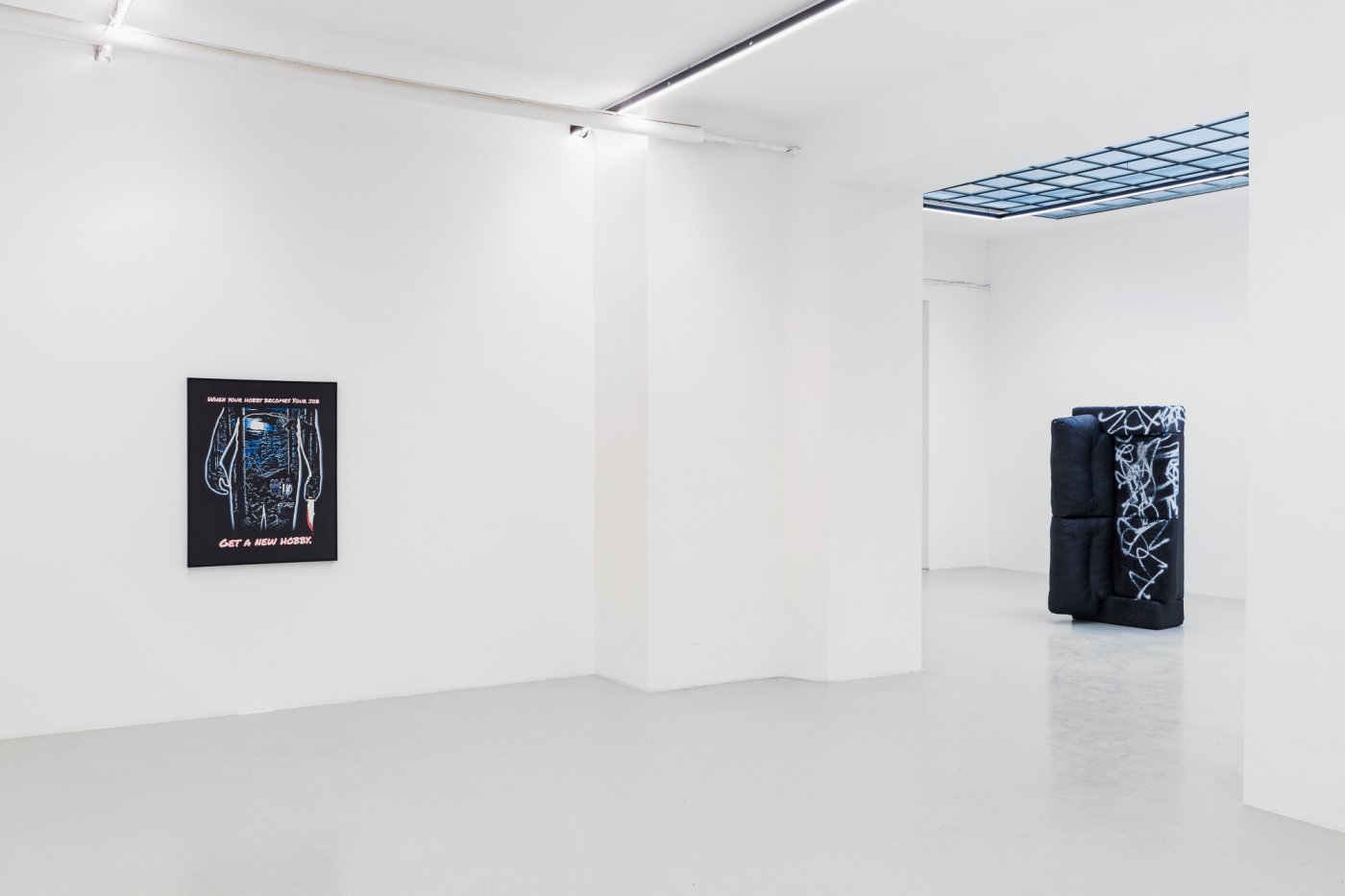 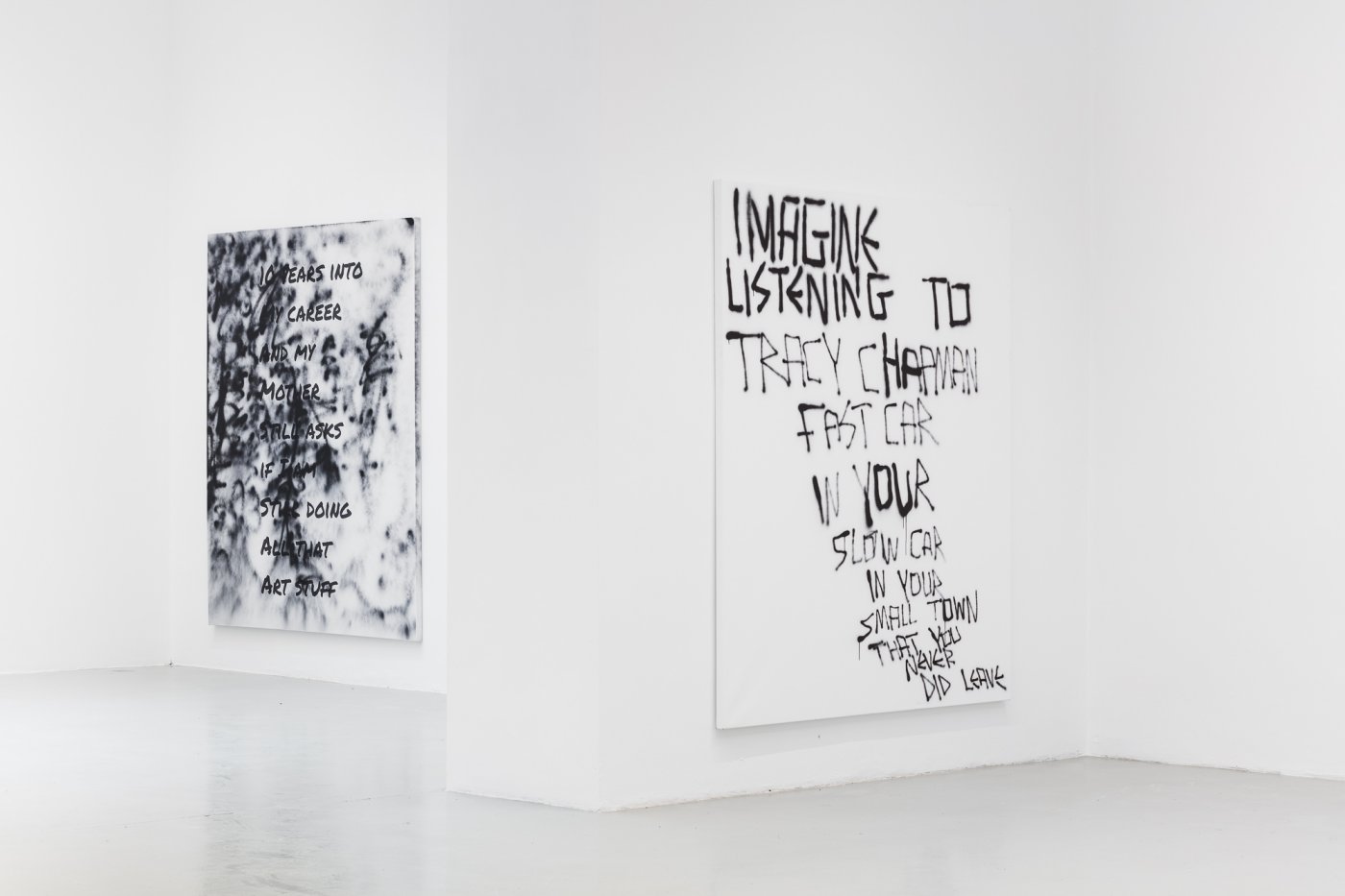 Born in Hull in the North of England into a working-class family, Culver was not exposed to art growing up and left school with no qualifications to work in a factory making caravans. His practice encompasses diverse elements that range from painting, sculpture and photography to digital performance. Within this, Culver’s work is largely biographical wrestling with aspects of social class, contemporary masculinity and the digital lens through which we live our lives.

The title of the exhibition ‘Leisure & Tourism’ relates to a college course that Culver was intending to enroll in as a teenager. In the UK, this particular course has often held a stereotype around it concerning the prospective students, in that it has regularly been reduced to the type of course done by young people who are disillusioned with school but feel the societal pressure to conform to the need for qualifications of some kind. Culver himself states that in his youth the appeal lay predominantly in the fact ‘Leisure’ was included within the course description. Within this vein, the overarching premise of the exhibition lies in presenting an inner dialogue between the artist in his present with his teenage counterpart. Featuring diary extracts and iconography of his teenage life, for example imagery from the horror movie poster of ‘Friday the 13th’ in Hobby and a central sculptural piece consisting of a worn-down sofa reminiscent of the teenage bedroom. The presentation of the sofa, centered in the exhibition and displayed vertically, acts as a form of metaphorical subversion of both the psyche and circumstances of the artist between the past and the present.

The tension within this subversion is further explored through textual works such as ‘I was not born to work hard’ presenting a youthful defiance against adhering to a 9-5 reality which is contradictory to the text within Hobby (‘When your hobby becomes your job get a new hobby’) which presents Culver’s workaholic mentality and is a reference to the colloquial advice given to young people of ‘Find a job you love and you will never have to work another day in your life’. This phrase itself belies a deceit of the reality for working class young people in that it suggests autonomy and self-actualization in success that is often not an economic or social reality.

A darkly humorous underlying critique of the class system is a frequent thematic element of Culver’s practice and is particularly pronounced within ‘Leisure & Tourism’. Works such as Small Town containing the prevalent poetic expression of Culver’s ‘Imagine listening to Tracey Chapman Fast Car in your slow car in your small town that you never did leave’, references the time-honored ambitions of the ‘small town to the big city’ mentality. However, the work takes on greater significance given contemporary circumstances of regional, particularly working-class areas, which are increasingly left behind with their populations hollowed out by the economic systems compelling their populations to migrate to metropolitan centers. Within this, there is a melancholic tone of a hypothetical alternative reality for Culver himself and an empathy for those who remain.

Equally, Silk Pyjamas and Forget furthers this transitional aspect within Culver’s life combined with an acute retrospection. In Silk Pyjamas, the work references the economic subversion of Culver’s circumstances both through the text itself and its execution on a vintage Apple Computers box containing the logo used between 1977-1998. This factor is particularly relevant to the overall premise of the exhibition in that, although now a decrepit cardboard box, it represents a luxury that was unattainable during Culver’s youth. Within ‘Leisure & Tourism’ Culver also furthers this exploration of class systems to include the hierarchies and exclusions within the art world. Works including Paint Figurative, People and Untitled (10 Years into my career and my mother still asks if I am doing all that art stuff) present an uncomfortable truth that the realm of artistic production is the more natural dominion of those from more privileged economic backgrounds.

Furthermore, a large proportion of Culver’s practice lies in his antagonistic relationship with technology, the ultimate impermanence of social media and the effects upon human interaction and linguistics, alongside personal and cultural memory. In this regard, Culver’s utilization of social media and technological iconography, including Google Translate and the Zoom profile picture in Self Portrait, present a visualization of contemporary communication that is fractured and disconnected despite its appearance of advanced connectivity. For example, the short phrases in Serenity Prayer, People and Paint Figurative, translated into German in this case that does not exactly adhere to native phrasing, and obscured by overpainting, create a visual metaphor for the quick ease at which these digital innovations create a superficial human connection that is ultimately alienated from true apperception.