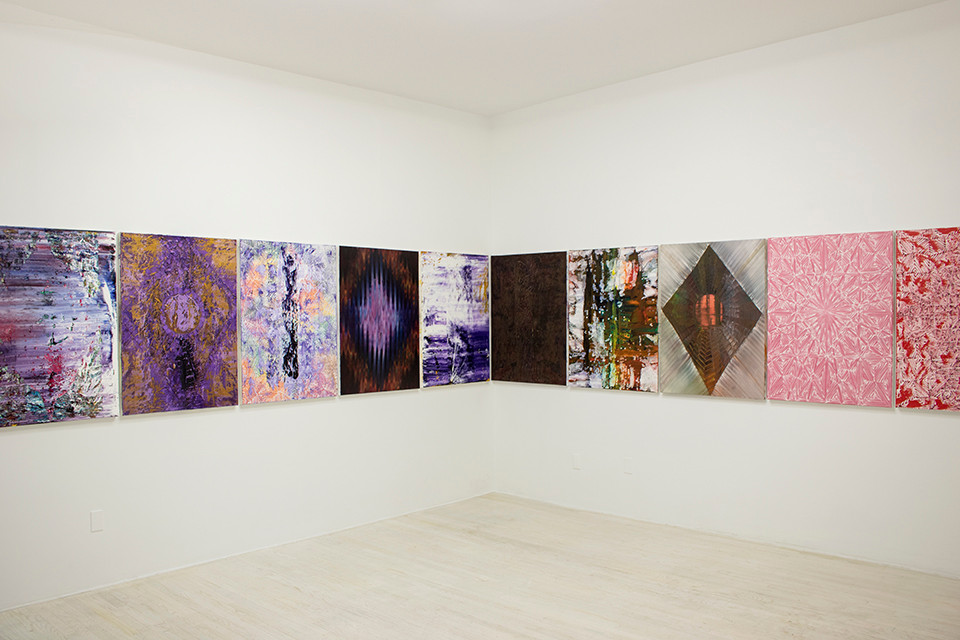 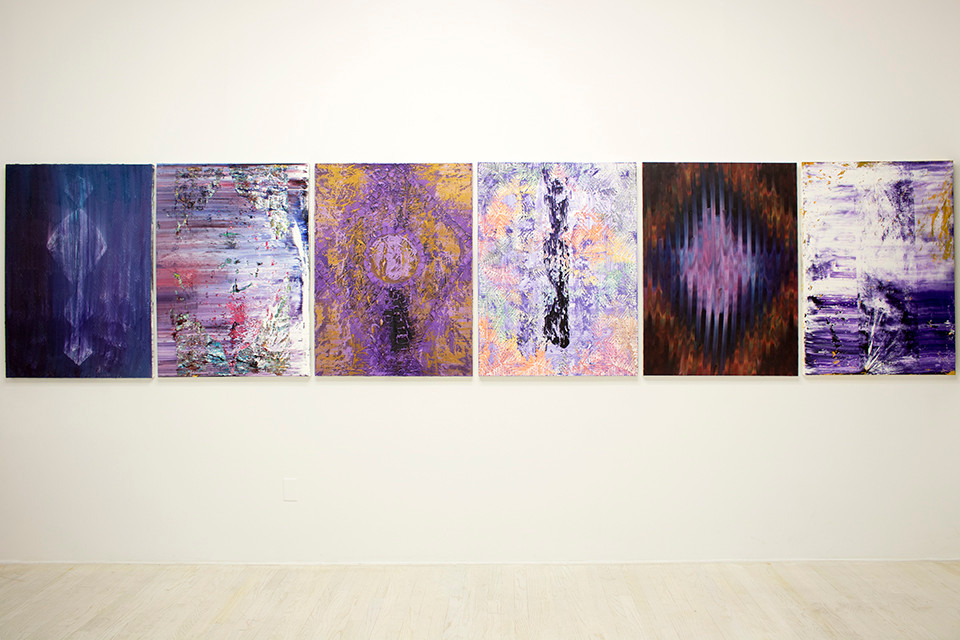 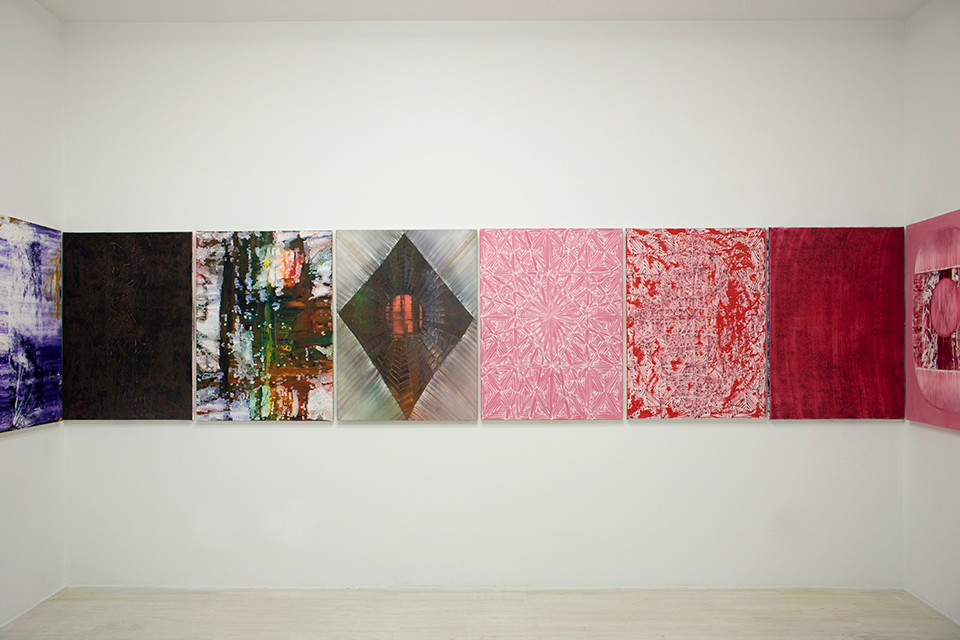 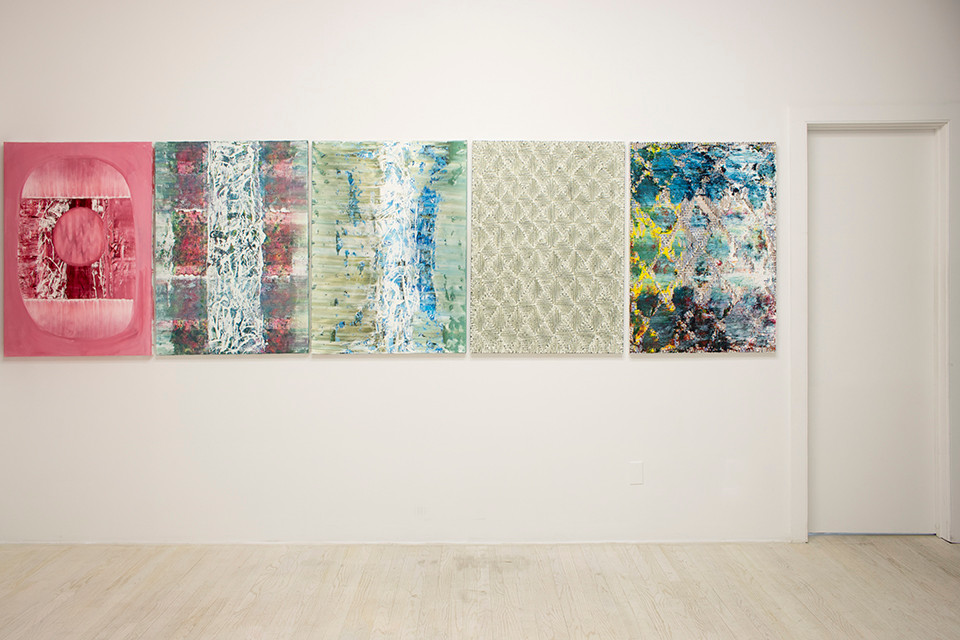 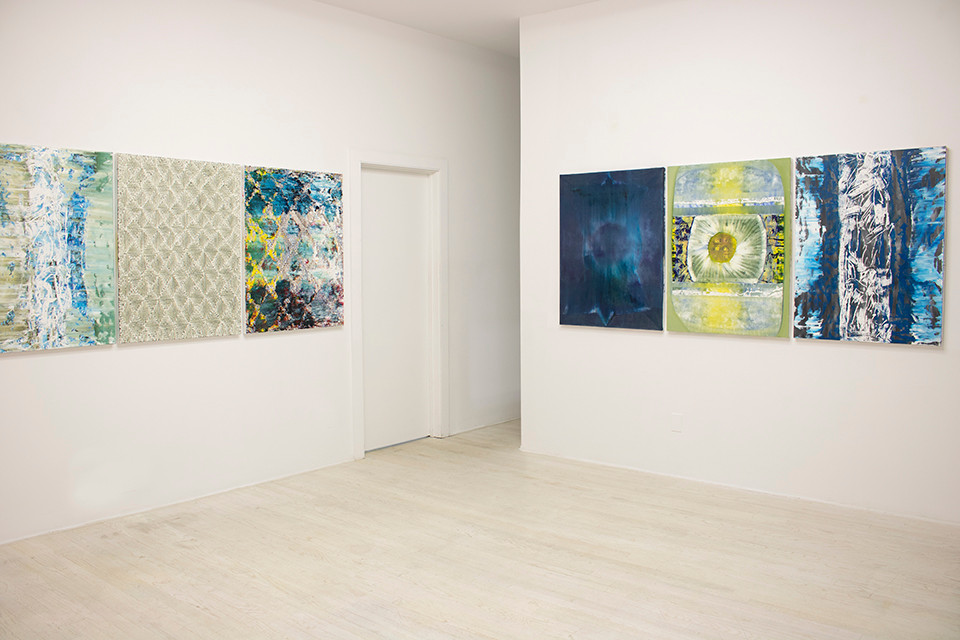 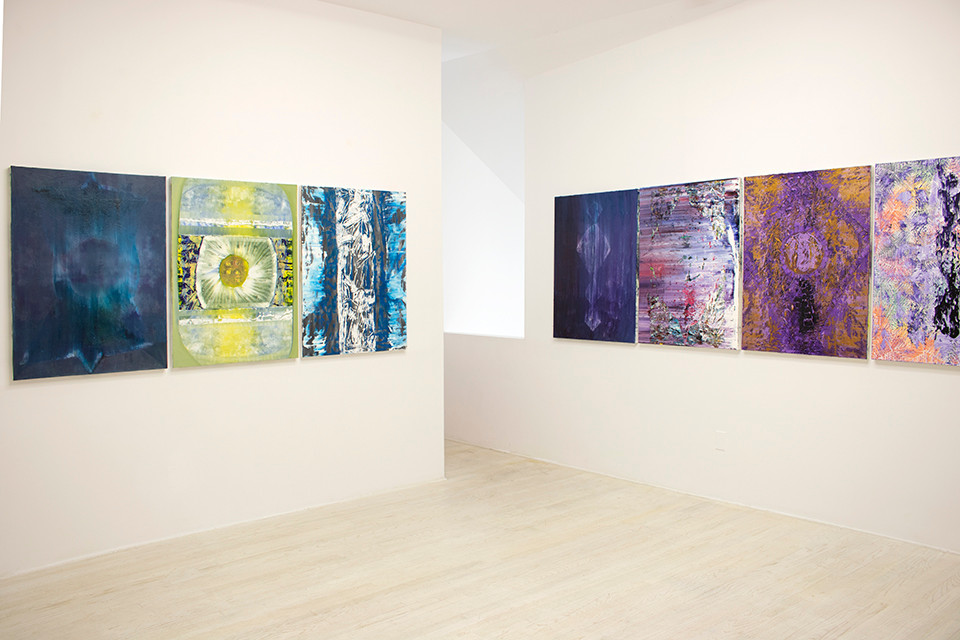 The show draws its title from the Rainer Maria Rilke line “I live my life in widening circles.” With this sentiment from Book of Hours, Tinkler approached these new paintings with a sense of openness and inclusion, striving to reference as much of his vocabulary as possible. Free from the limitations of signature stylization, the immersive installation pulses from one work to the next, leading through progressions of decision and mark making.

Each painting is a continuation in an ongoing body of work that employs repetition as catalyst. Tinkler begins the first layer by referencing a previously completed painting with brushed marks. The second layer is applied with the wax paper that Tinkler uses as his palette. Contrary to the control wielded with a brush, the paint is scrapped along the surface, or “printed” onto the canvas. As the painting progresses, paper towel and paint thinner are used to expose layers beneath, and to apply pigment again. As the surface builds and retracts, Tinkler relishes in the possibility of what each painting can become and from the early stages each work suggests its own direction. A painting may be a singular repeated pattern, completed wet-into-wet, over the course of a single day. Another may take months of sitting in the studio to be pondered, worked and reworked, until it winds up almost pictorial. Each painting presents its own unique solution unified by Tinklers dedication to the joys of the medium.