‘Paint every page of each book,
while still wet stack the books filling a room,
wall to wall, floor to ceiling.’
— Richard Jackson, 1977 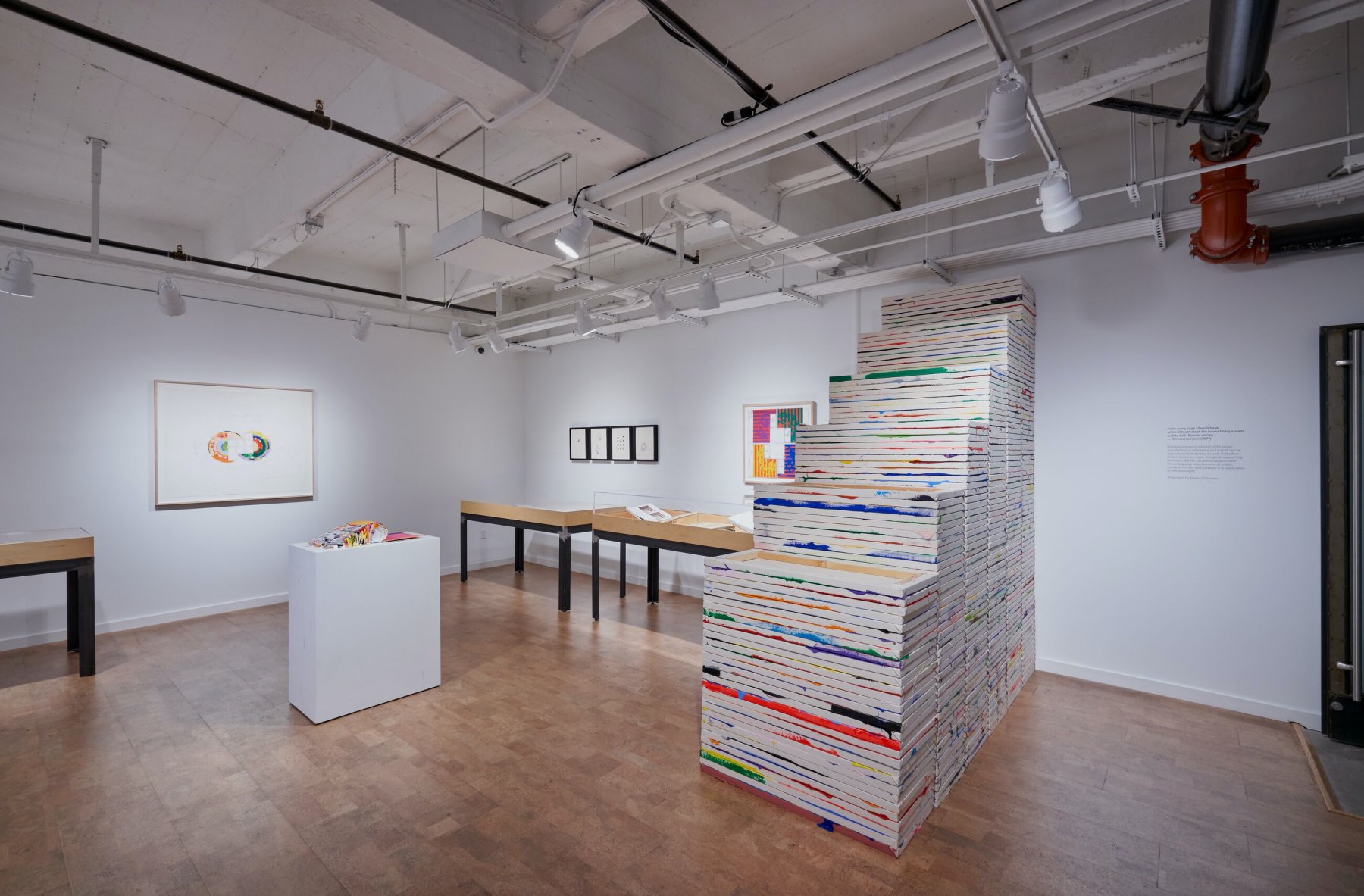 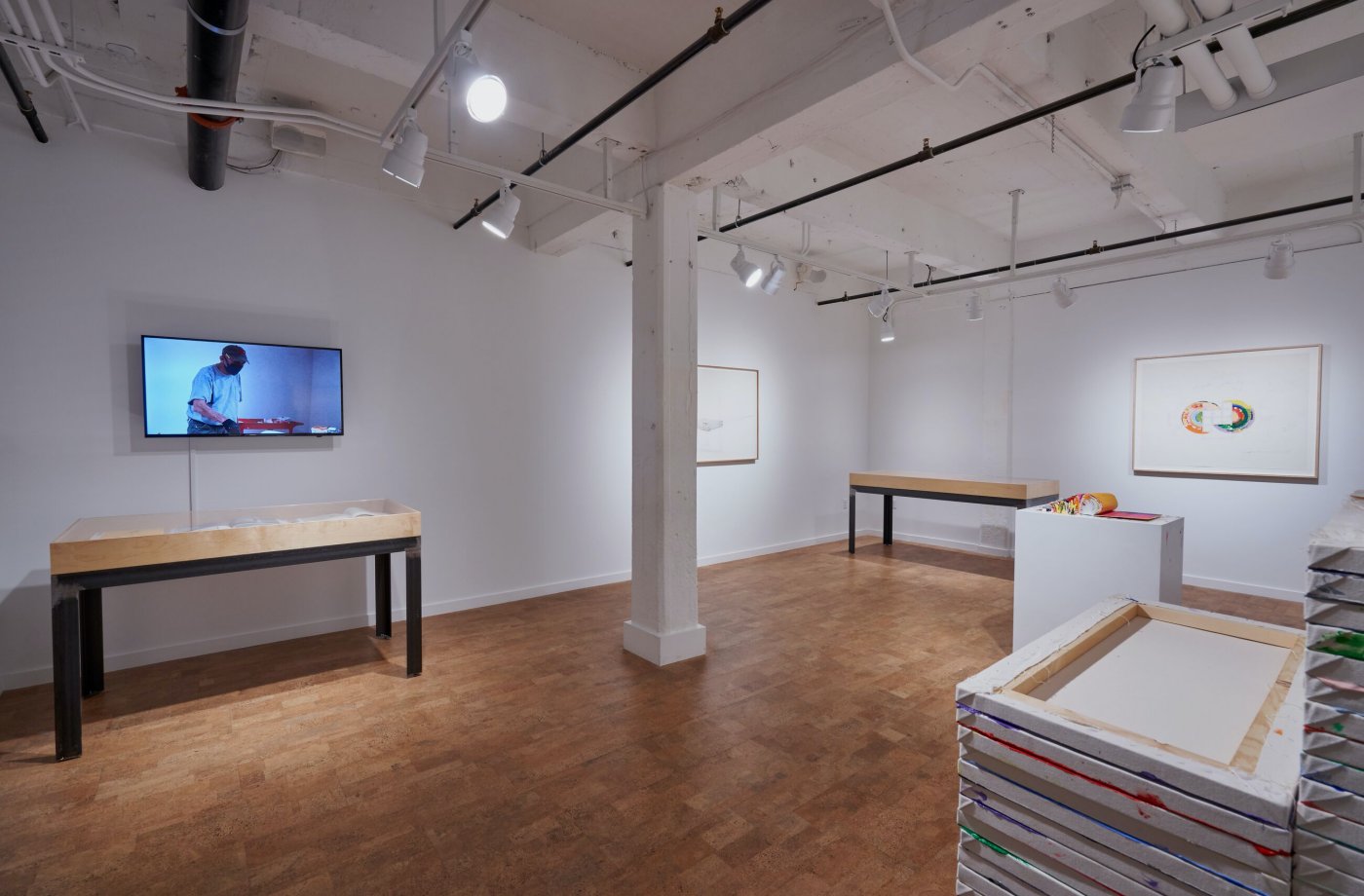 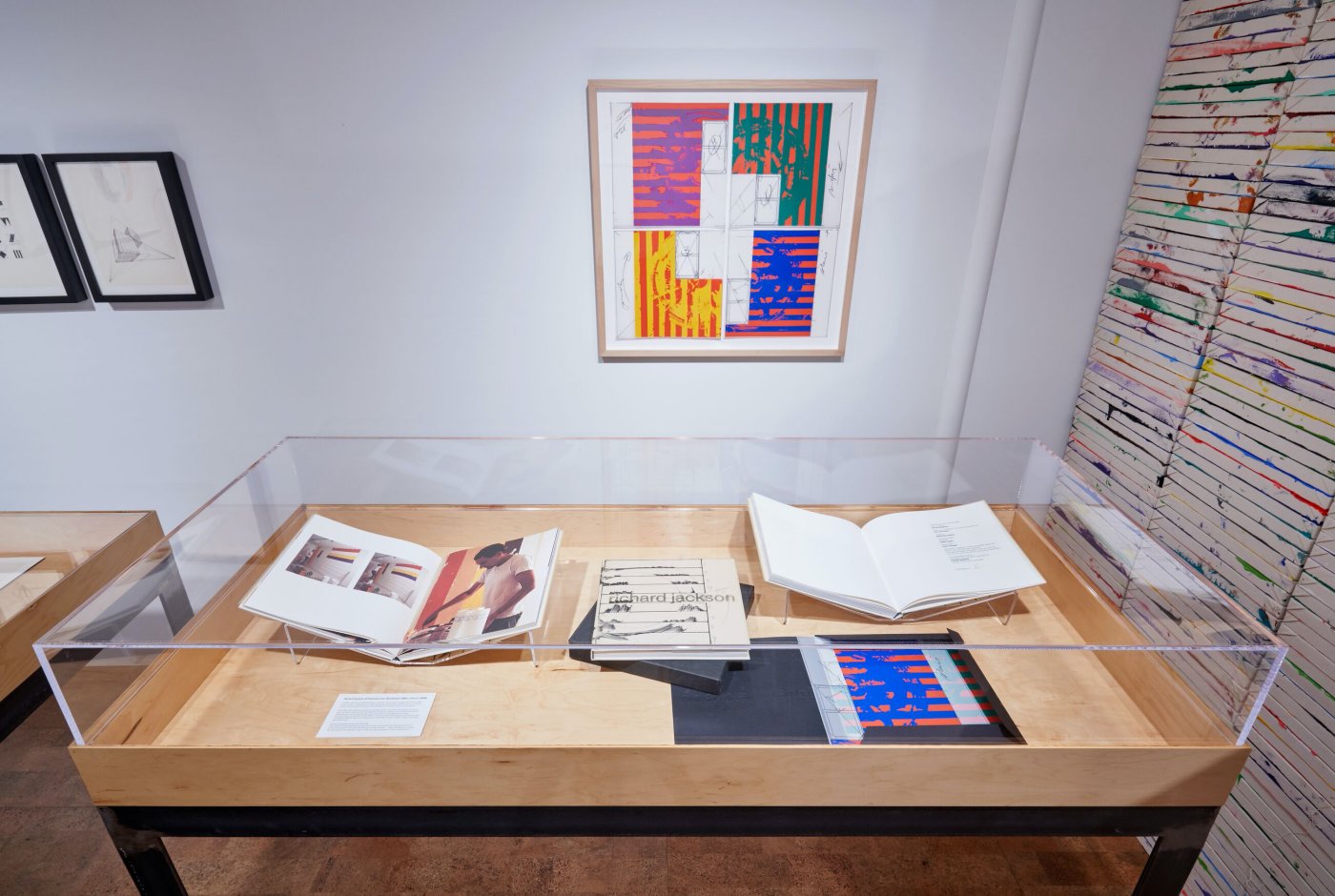 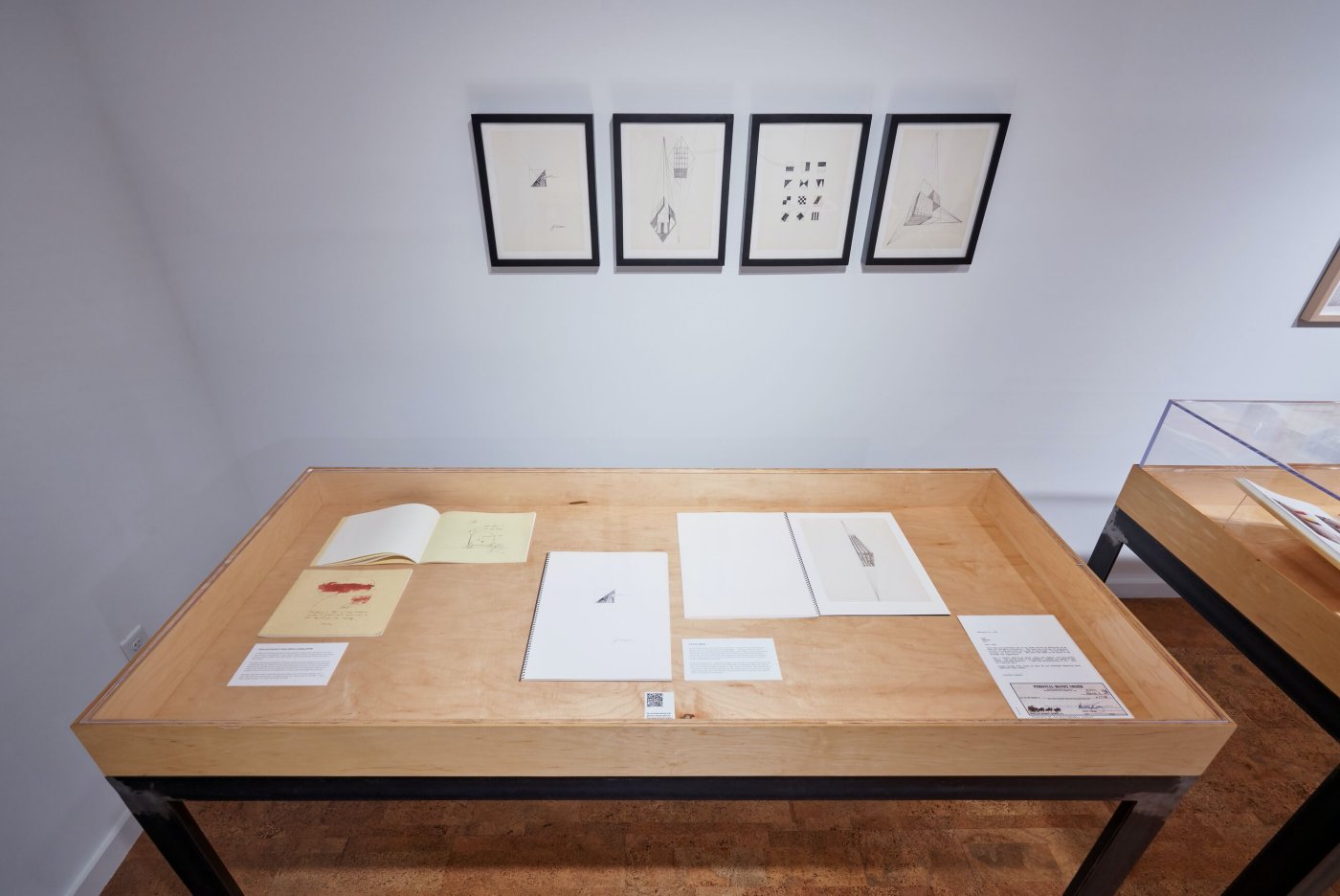 Celebrating the artist’s career-spanning monograph published in 2020 by Hauser & Wirth Publishers – a critical biography of Jackson, authored by art historian John C. Welchman and featuring an in-depth illustrated chronology by Corcoran – the presentation will feature Jackson’s artist’s books, a new artwork, a film, and supporting archival material, displaying his preoccupation with the ambiguous requirements of codex, content, format, and purpose of a publication.

At the heart of the presentation is a new work that Jackson created within the Lab in February 2021. In ‘Painted Monograph’ (2021) Jackson painted all 480 pages of his new monograph, relating back to an idea he initially conceived in 1977— ‘Paint every page of each book, / while still wet stack the books filling a room, / wall to wall, floor to ceiling.’ During the creation of the work, Jackson was filmed with Corcoran discussing philosophies on art, life, and book-making as they relate to the books and printed matter on display.

Alongside the new film produced by Corcoran, the digital presentation of the exhibition features a curated playlist by Chris Kidd, author and close friend of Jackson’s. This eclectic selection of obscure and eternal sounds interspersed with nods to Jackson’s longstanding love of opera seeks to encapsulate the life and career of an artist who has never been bound by easy categorization.

About the artist
A pre-eminent figure in American contemporary art since the 1970s, Richard Jackson is influenced by both Abstract Expressionism and action painting, exploring a performative painting process which seeks to extend the potential of painting by upending its technical conventions. Born in Sacramento, California in 1939, Jackson first came to international attention with a major presentation of his installation works at the Menil Collection, Houston, in 1988, followed by the 1992 exhibition, ‘Helter Skelter,’ at the Los Angeles Museum of Contemporary Art.

About Dagny Corcoran
Dagny Corcoran is a bookseller and founding proprietor of Art Catalogues, which has been in business since 1977 and is currently based in Culver City. One of the first booksellers to focus primarily on museum and gallery exhibition catalogues, Corcoran has amassed an unparalleled collection over the years. Profoundly interested in the artists and the cultural history of the 1960s and 1970s, she tends to collect in that direction, although her inventory canvasses the entire movement of 20th- and 21st-century modern art.

About ‘Richard Jackson’
This publication—a critical biography of Jackson, authored by art historian John C. Welchman and featuring an in-depth illustrated chronology by Dagny Janss Corcoran—takes the artist’s life and practice as its focus. The monograph combines cutting-edge critical analysis of Jackson’s work with reflections by the artist himself, drawn from an extensive series of interviews and placed alongside new materials from Jackson’s archive. Layering history and analysis with the ready wit and succinct wisdom of the artist, Welchman’s text promises to be the primary resource on the career of one of America’s major contemporary artists. Corcoran’s chronology— pulling from extensive new research and interviews with figures such as Paul McCarthy, Bruce Nauman, and Rosamund Felsen—traces the important events in Jackson’s life, providing key historical context to Welchman’s interpretive text.