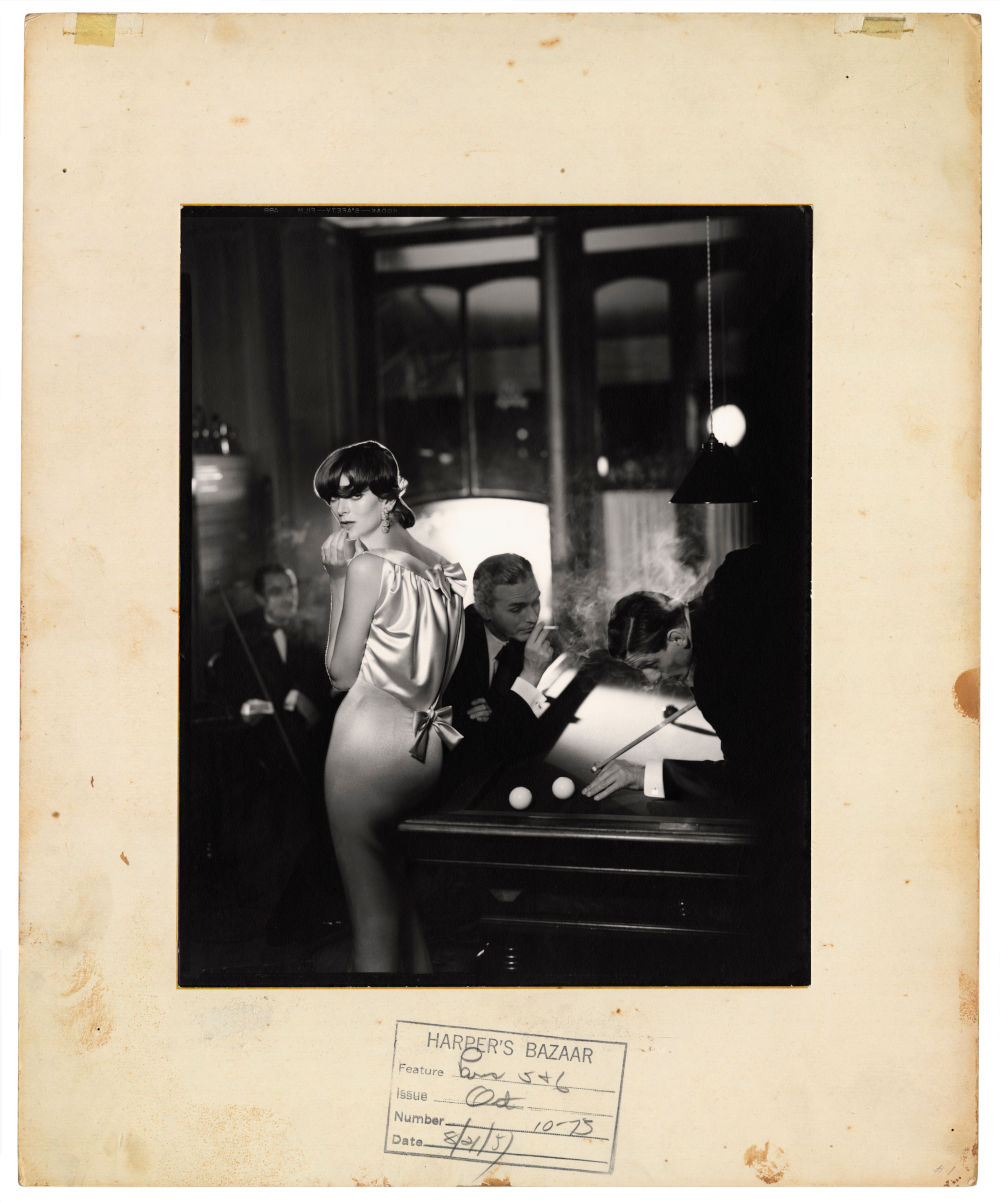 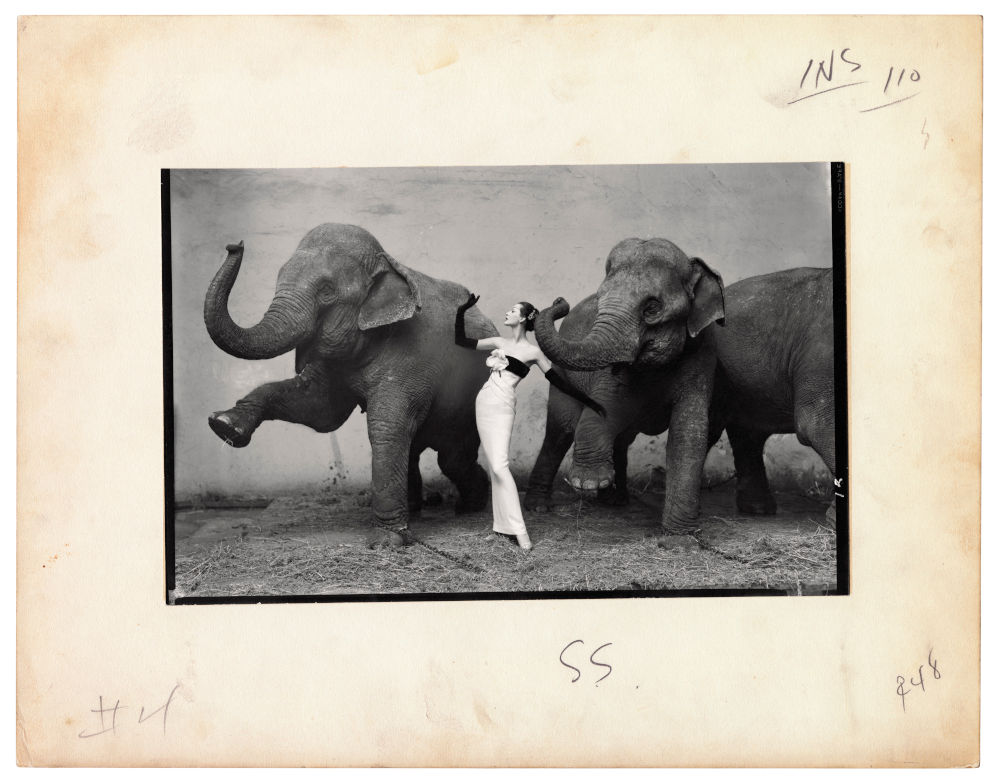 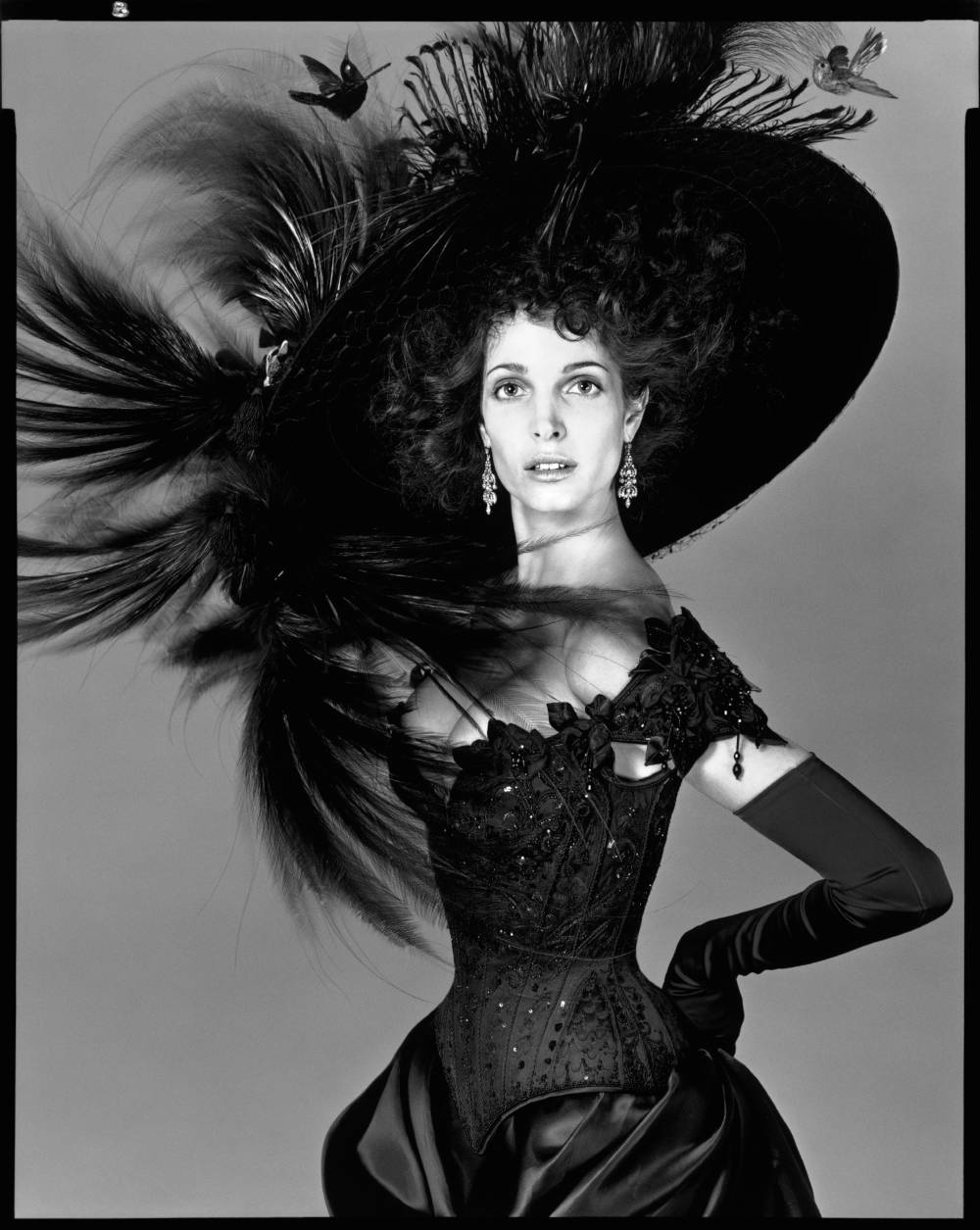 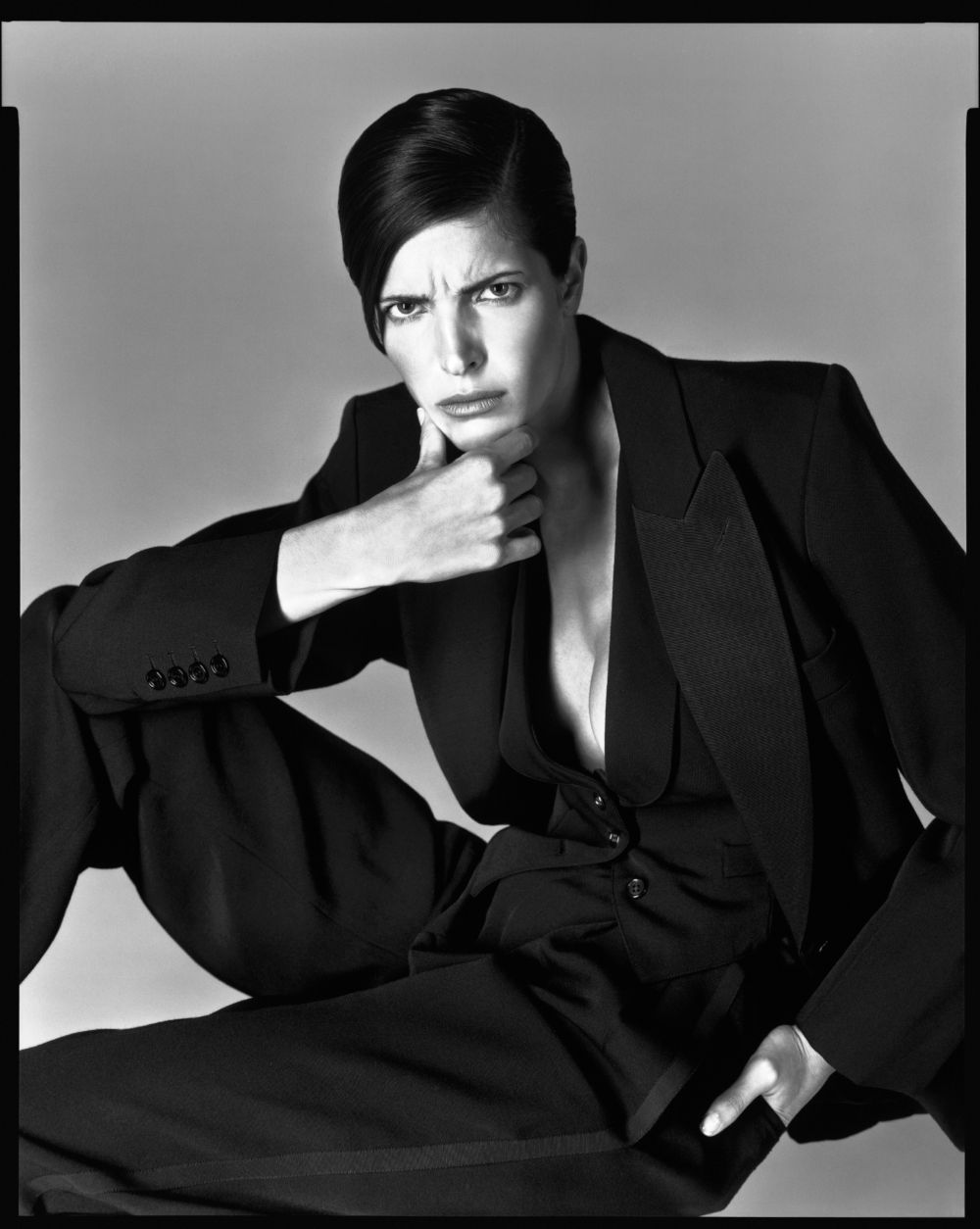 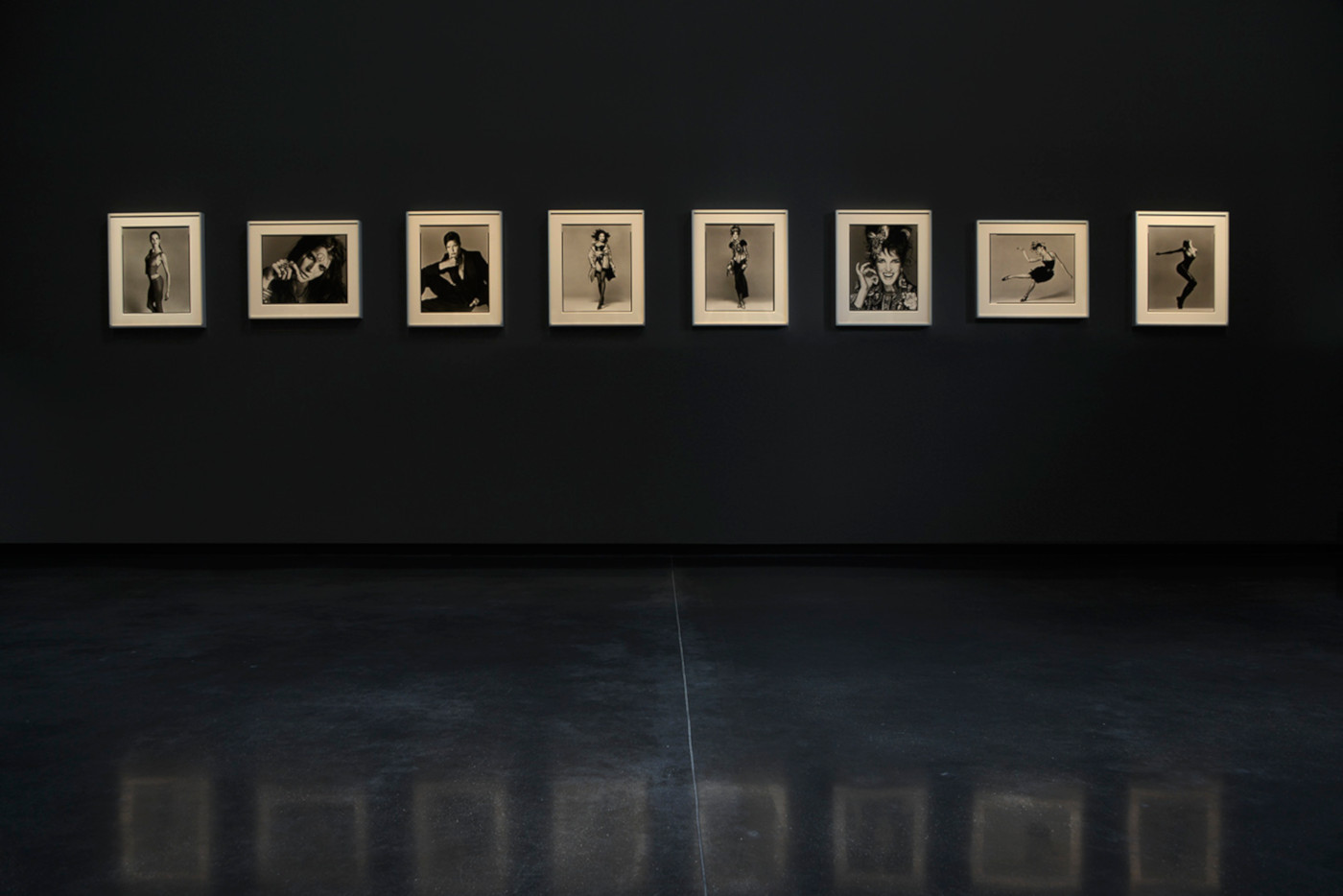 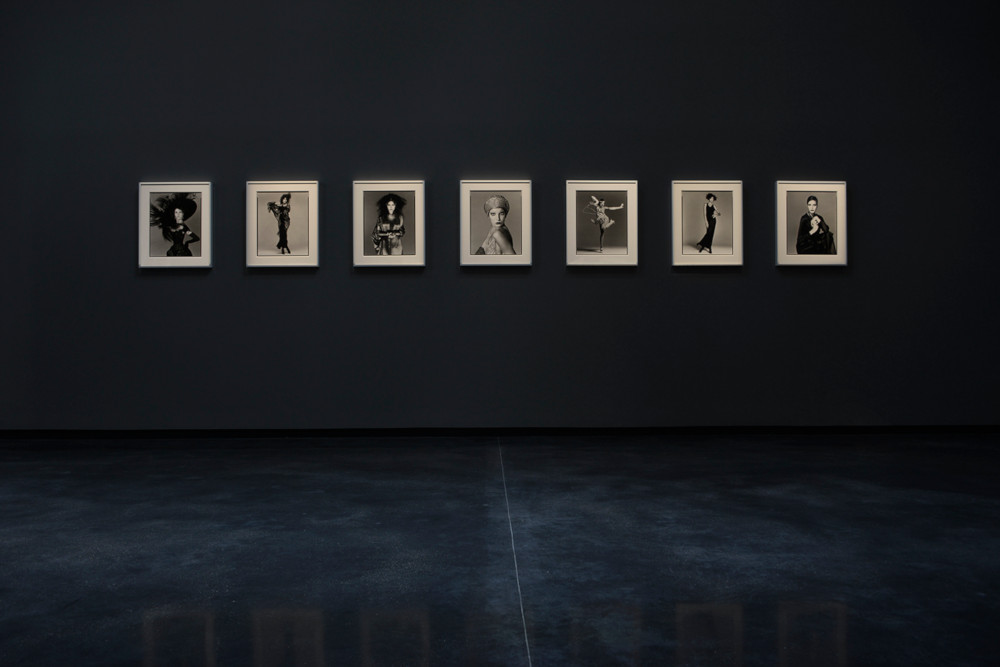 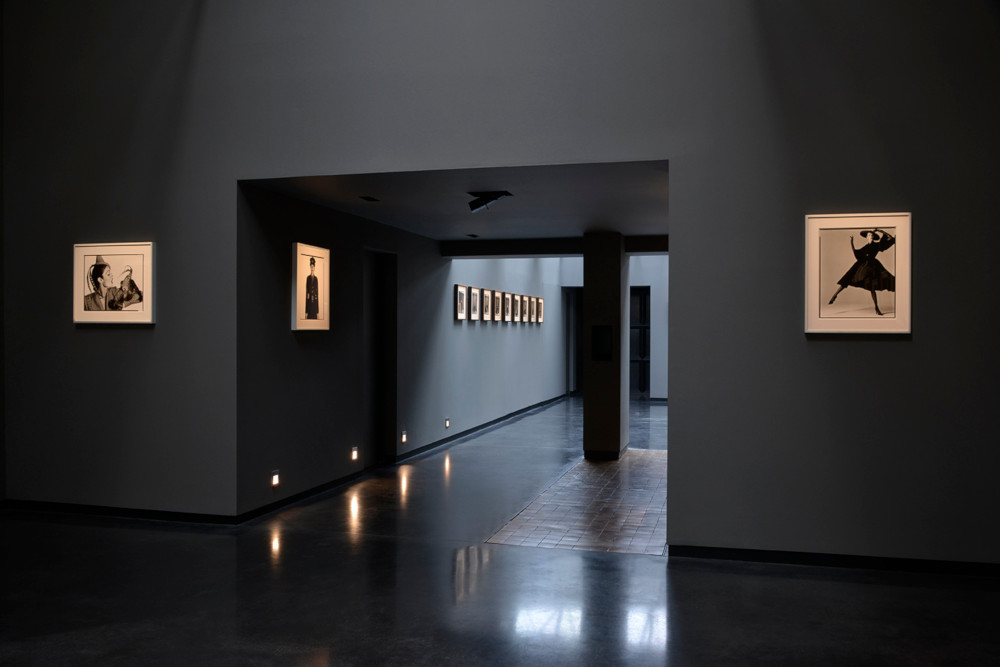 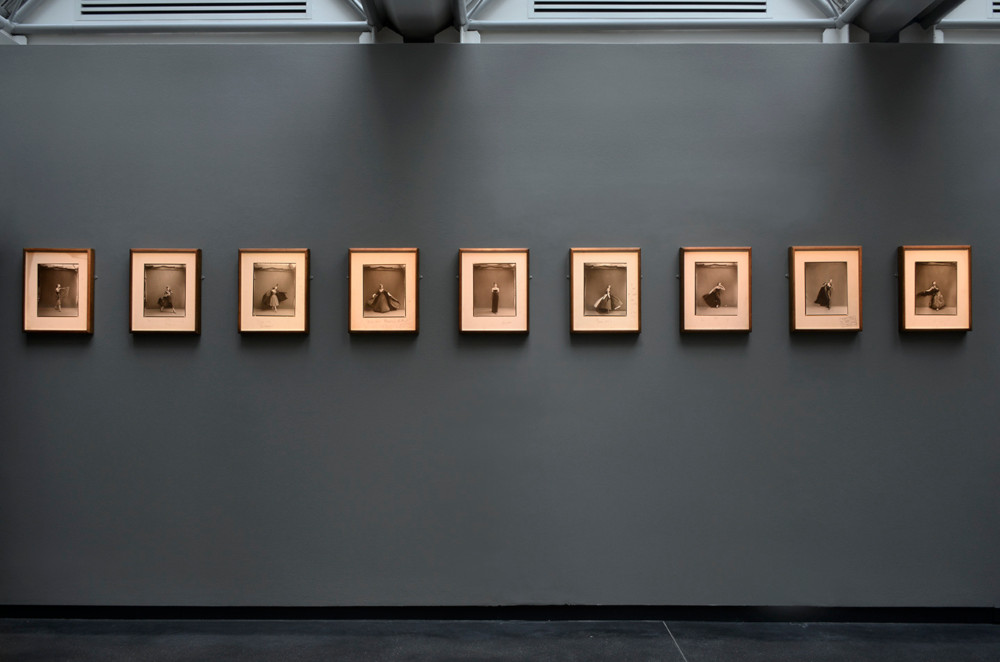 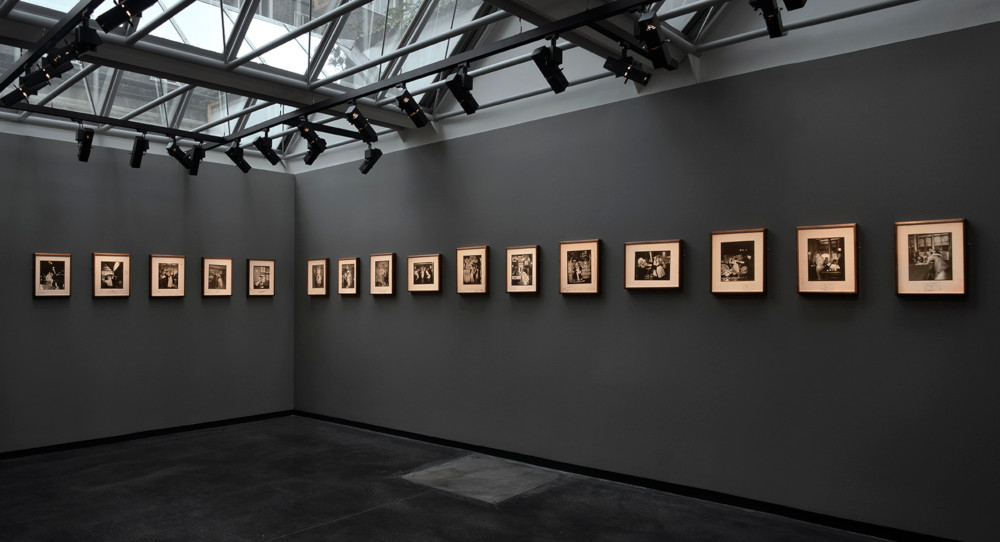 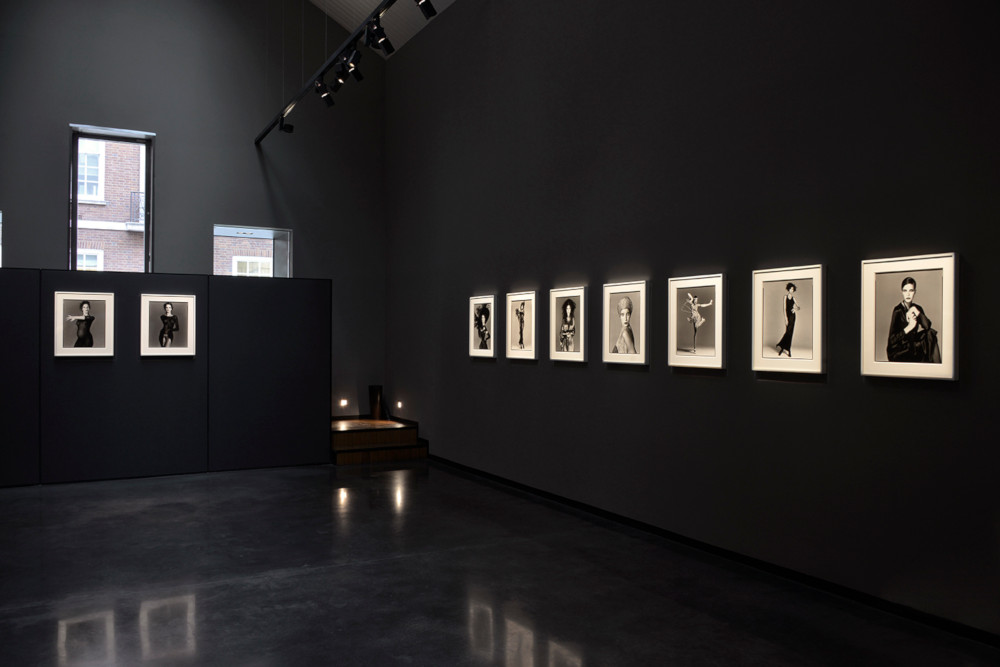 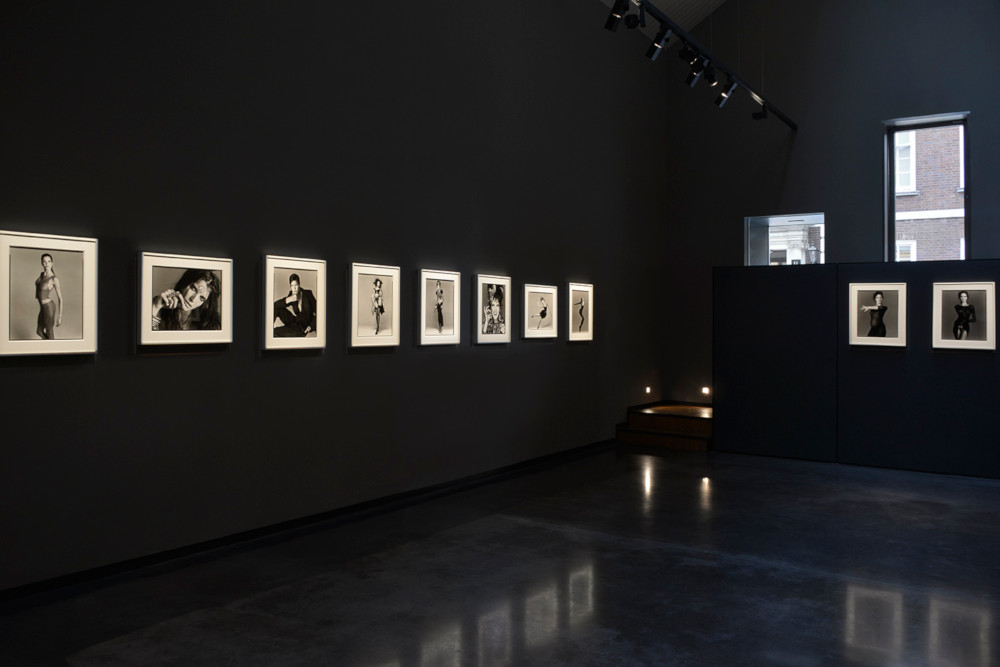 Throughout his 60-year career, the photographer Richard Avedon created only a handful of portfolios which he presented as complete bodies of work meant to be displayed as one group of photographs. Hamiltons exhibits two of these rare portfolios, La Passante du Siècle and Made in France, marking the first time either portfolio has been exhibited in its entirety.

Made in France is a portfolio by chance. It was assembled after Avedon’s re-discovery of an intact group of 27 of his original engraver prints from the glory years that were 1950s Harper’s Bazaar. During this time Avedon became an ascendant force at the magazine and travelled to Paris twice a year to report on the post-war French couture collections. Out of thousands of Avedon’s (or any photographer’s) published fashion photographs from this period, they are among the few survivors, mounted to their original boards, each with their unique stamps (“Made in France”), mark-ups, printing notes, and captions as they were to appear in the all-important fall issues. These images not only record the couture of the time, but document the process by which the magazine was assembled under Avedon’s “trinity” of European-born American colleagues – Carmel Snow, Diana Vreeland, and Alexey Brodovitch.

In the 1950s, Dior, Balmain, Lanvin, Ricci, Grès, Patou were zealously guarded houses in the Paris-based Chambre Syndicale de la Haute Couture and to this day are active brands which represent French identity on the contemporary stage. Avedon infused these houses’ revolutionary designs with his expansive American sensibility of freedom and female power, and through the legendary models that were Dorian Leigh, Suzy Parker, Carmen Dell’Orefice, Audrey Hepburn, Dovima and China Machado (the first model of colour to appear in an American fashion magazine), global fashion was born.

Made in France represents the apotheosis of Avedon’s first 20 years as a fashion photographer, and a synthesis of cultures that reshuffled the post-war order and resonates deeply to this day. The pictures were published in book form in 2001, with an essay by Judith Thurman.

By the late 1980s, Avedon felt constricted by American fashion magazines, which he believed had become more dedicated to marketing than artistic achievement. His subsequent fashion work only appeared in The New Yorker in the United States, and in Egoïste, a French journal of photography and culture edited (advertisements and all) by Nicole Wisniak. Avedon described Egoïste as the “only magazine in the world to give completely free expression.”

At about the same time that Avedon rediscovered his earlier Made In France photographs taken in the 1950s, he and Wisniak embarked on the creation of a new portfolio of French designs that would capture the sweep of 20th century women’s fashion, and explicate the complicated evolution of female identity over the course of 100 years. Mixing contemporary and vintage clothing borrowed from various collections, Avedon photographed Stephanie Seymour, a highly expressive model in the tradition of Dorian Leigh, as she would have appeared across time.

Having photographed fashion for 50 years, Avedon understood historical processes and was able to succinctly analyse the concurrent linear and cyclical nature of expression through photography and design. How the hyper-femininity of the early 1900s would re-emerge in altered formats in the 1950s and again in the 1980s. The liberation from the traditionally feminine, which so ardently marked the decade following 1910 (with designers such as Poiret and Fortuny) would not be seen again until the 1960s and get reaffirmed once again in the last years of the 20th century by Comme des Garçons. The theatrical minimalism of the 1920s is echoed by the eternal Chanel in the 1990s. And the dark masculinity of the 1930s and 1940s (which was also indelibly marked by the “uniform” of war) would inspire the decade of the 1970s and Yves Saint Laurent, when “le smoking” came to dominate the global scene.

The finished portfolio of 20 images was titled La Passante du Siècle and published in Egoïste No. 13 in 1996. Avedon also printed and signed a small portfolio of 3 at that time.

American photographer Richard Avedon was an eminent chronicler of the second half of the 20th century. His work encompasses an unusually wide range of subjects: The Civil Rights movement, French fashions, anti-Vietnam war protestors, the Chicago Seven, the Warhol Factory and the artistic and political leadership of America. He photographed Napalm victims, the Mission Council in Vietnam, working class men and women in the American West and the fall of the Berlin Wall. As of 2001, there have been ten publications and twenty-three one-man exhibitions in major world museums. From 1945 to 1965, Avedon was on the staff of Harper’s Bazaar; from 1966 to 1986 on Vogue; and in 1992 he became the first staff photographer of The New Yorker magazine. On the morning of October 1st, 2004, Avedon suffered a cerebral hemorrhage and died at the Methodist Hospital in San Antonio, Texas while working on “Democracy”, a portfolio of photographs for The New Yorker magazine.