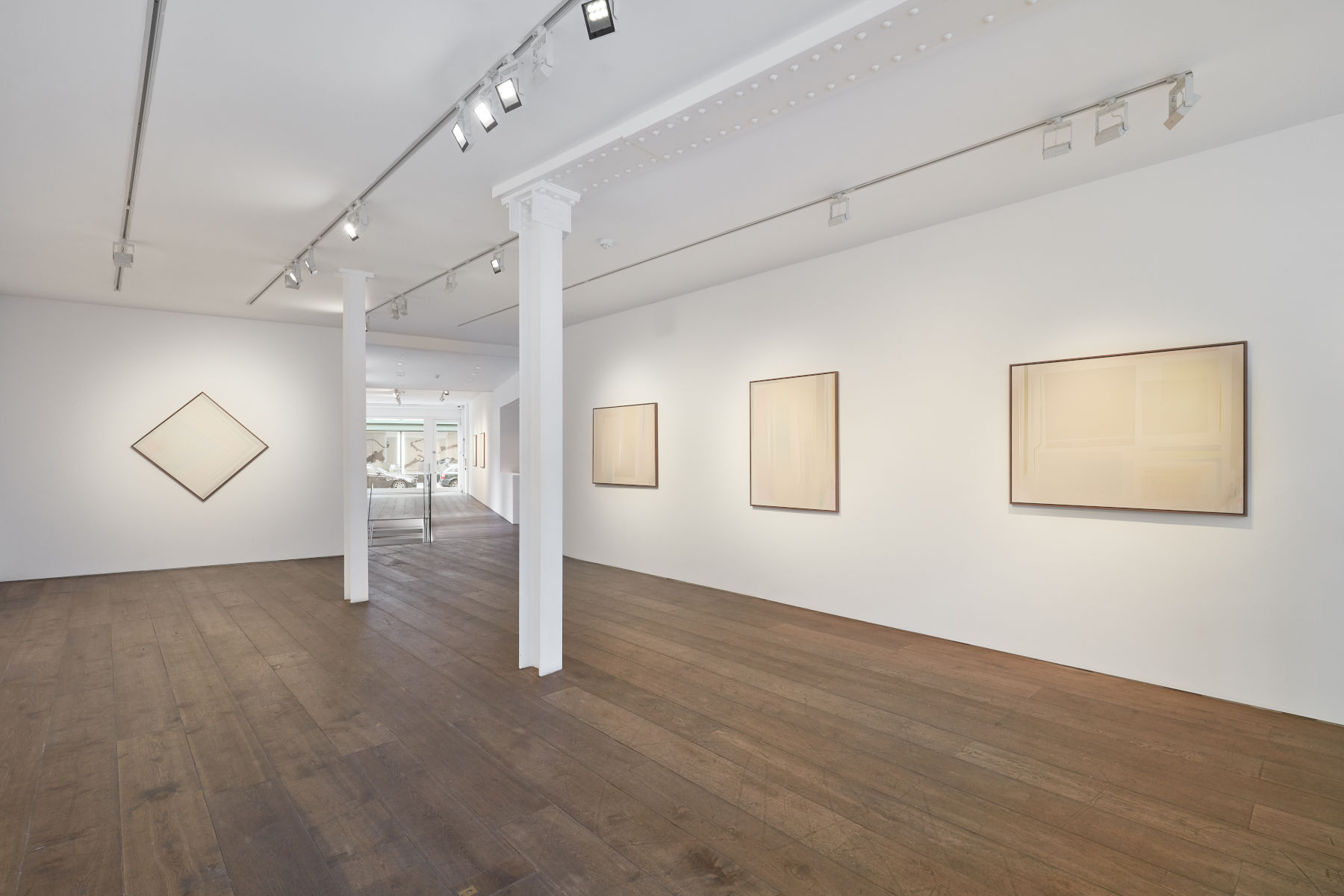 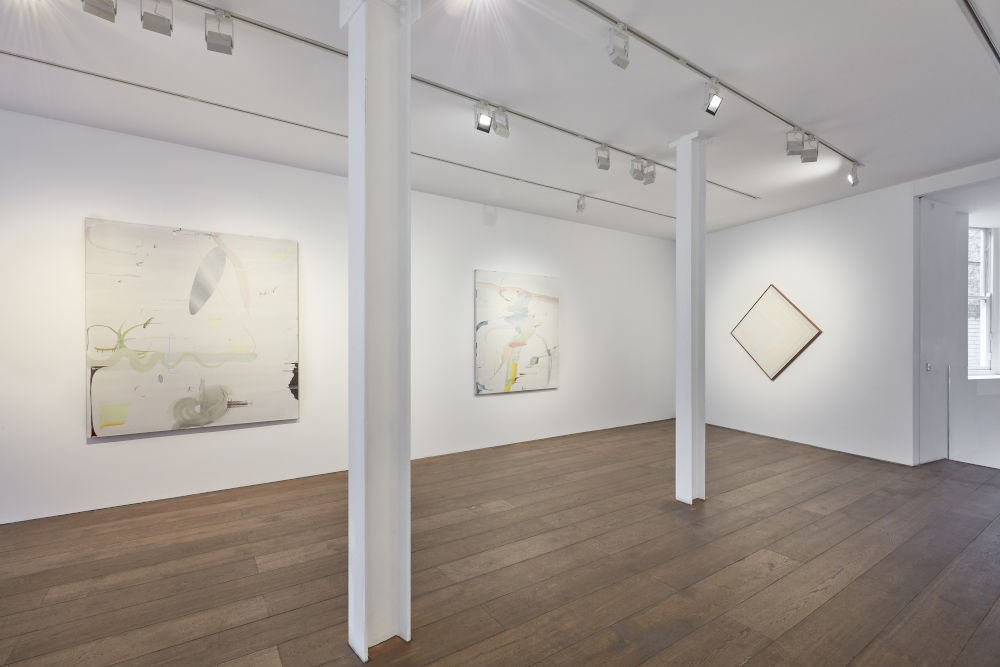 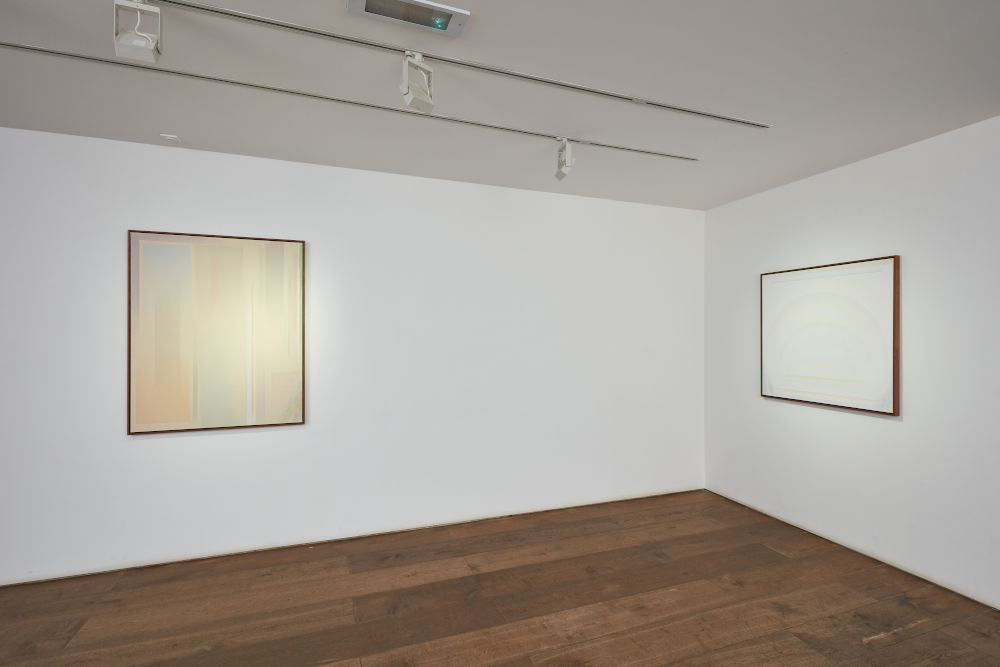 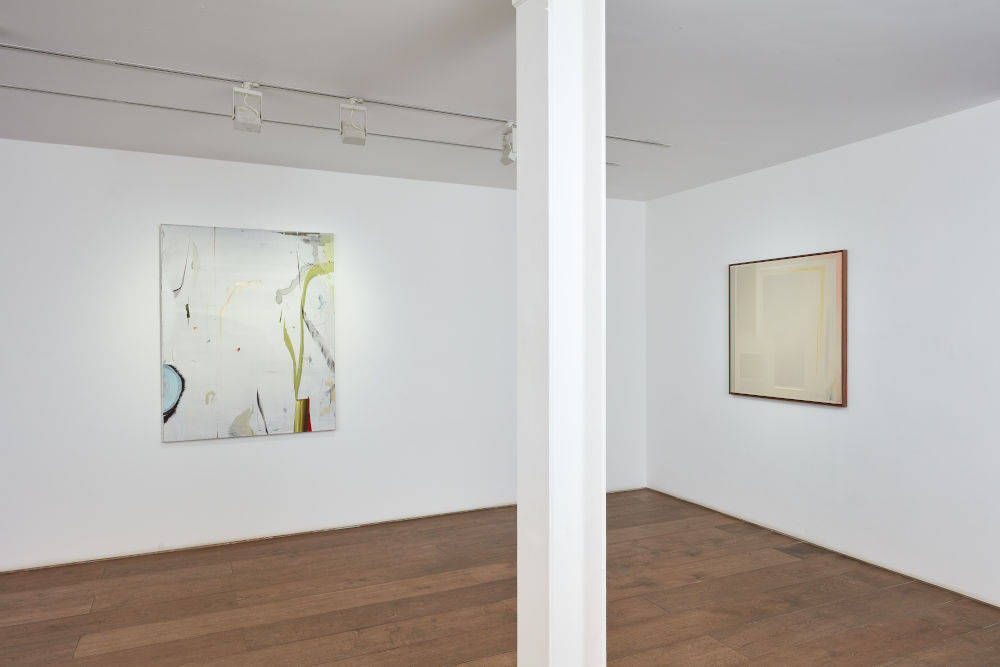 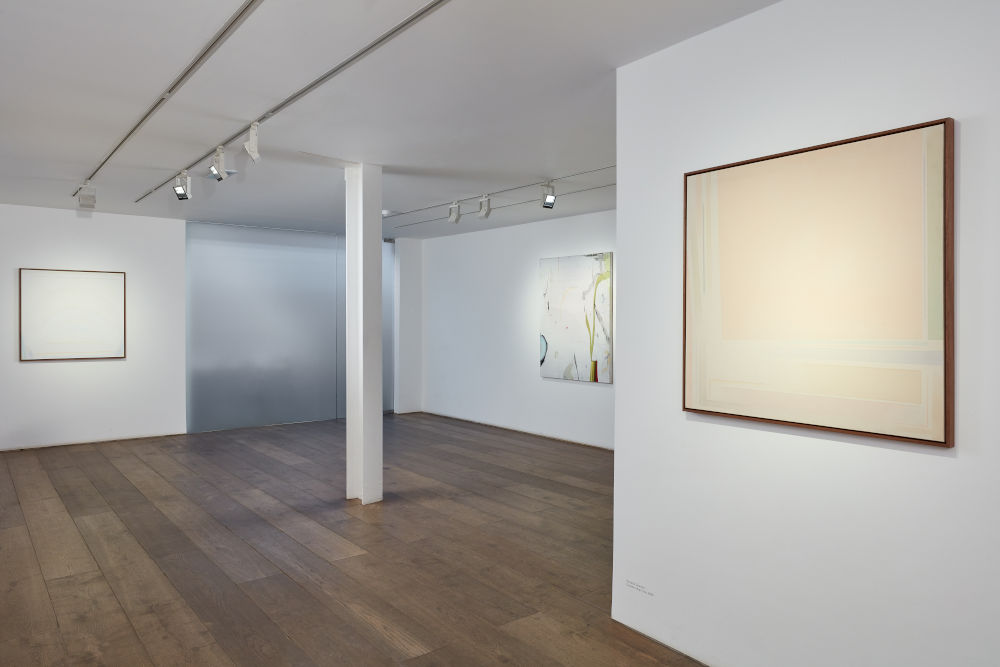 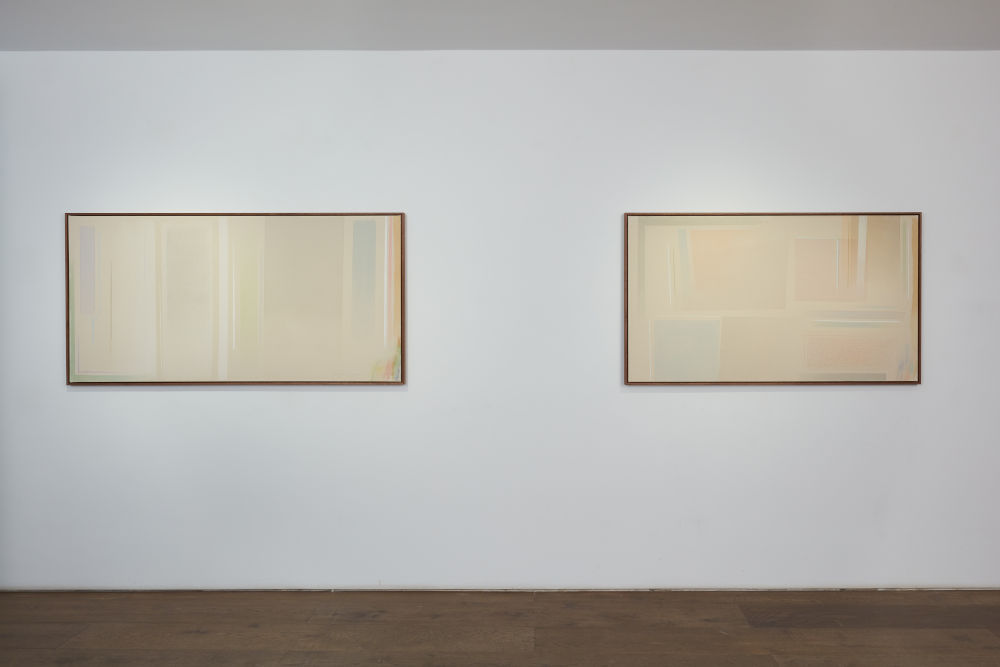 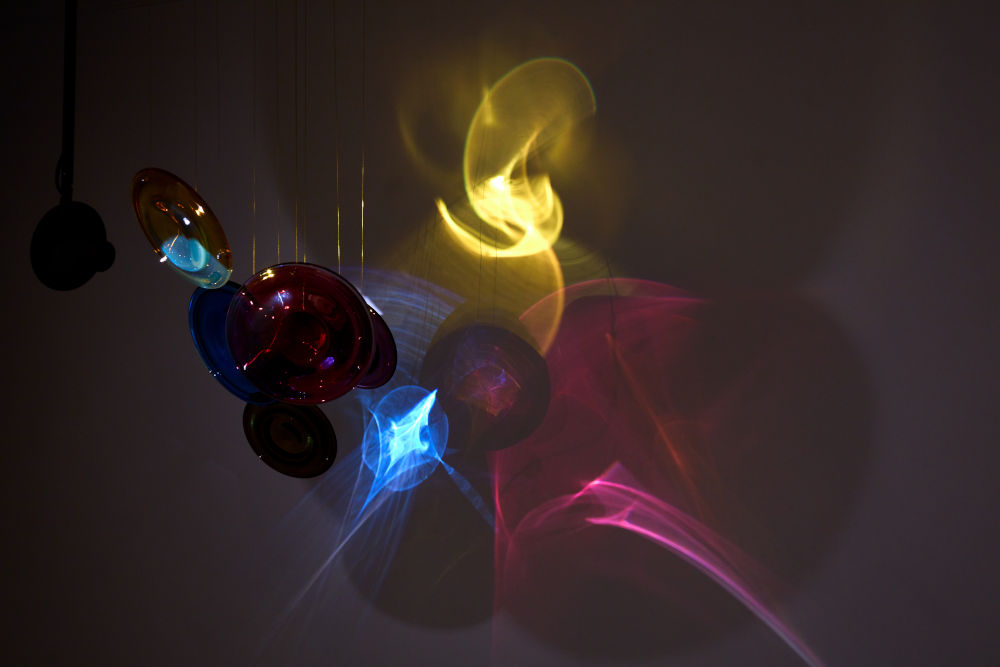 The artists place light and the infinite at the centre of their artistic practice; both being viewed as a conduit to the mysteries of spirituality and the cosmos. Guarneri and Han speak of the impalpable and both concern themselves with the visible and the virtually invisible as, in different ways, their canvases take us on a voyage of initiation. Formally very different, yet conceptually connected even though from a generational and cultural perspective they are worlds apart.

Guarneri’s pastel colours divide the canvas into apparently rational areas of line, colour and space, the whole ending in a visual equivalent of silence. We negotiate the painting through passages of pure colour which imperceptibly dissolve into nothingness. Throughout all his long working life, Guarneri has always been concerned with the almost invisible line between gesture and emptiness, his lines often made with pencil appear out of space and dissolve back into it. The soft pastel colours melt into one another yet surrounding everything there is always this empty space, which we find ourselves staring into aware that some pale shade of colour or mark maybe lurking there barely visible.

Whereas Guarneri is very classical and rational with how he constructs the space within his paintings and ultimately, like in his passion for music, his whole output has been an endless variation on a theme, the young Chinese artist Qingzhen Han is far more baroque. Her line is rarely straight but can wriggle its way across the canvas; her colours are stronger and hardly ever applied in a perfect geometric shape.

Furthermore, she has a bewildering array of gestures which vary from work to work although the works are very recognisably by her, we have the distinct sensation looking at them that each one is begun completely afresh as if she begins each painting with a ‘tabula rasa’.

Her starting point is always to cover the canvas with a layer of white gesso which then gives her works this glowing light from within. Ultimately her paintings are also constituted by mark, line and empty space. Her journey, as with Guarneri, is also a philosophical one. Heavily influenced by zen, the empty, white gesso space represents infinity and the artist’s multifarious marks are both on the surface and partially or totally buried beneath the gesso so that, like with Guarneri, they disappear very gradually and often imperceptibly into pure empty space.

During the duration of the exhibition we shall be showing the light installation ‘Living Light’ 2020 by the artistic duo Shuster and Moseley. As with both Guarneri and Qingzhen Han their preoccupations are similarly with light and the infinite. As they themselves state,”Light is understood as that enigmatic signifier of consciousness which is not subject to programmaticity butis, rather, that prior luminosity in which life first appears”.

Through their respective paintings and light installations, all the artists take us on a deeply personal voyage into our innermost being; their concern with light and the infinite is both a search for an understanding of the greater universe beyond us but also a philosophical quest into the within.