The duo exhibition The Hybrid Guest questions perceptions of the female identity within the context of contemporary Western society by setting side by side the practices of Filipino-born artists Rhine Bernardino and Lilibeth Cuenca Rasmussen. 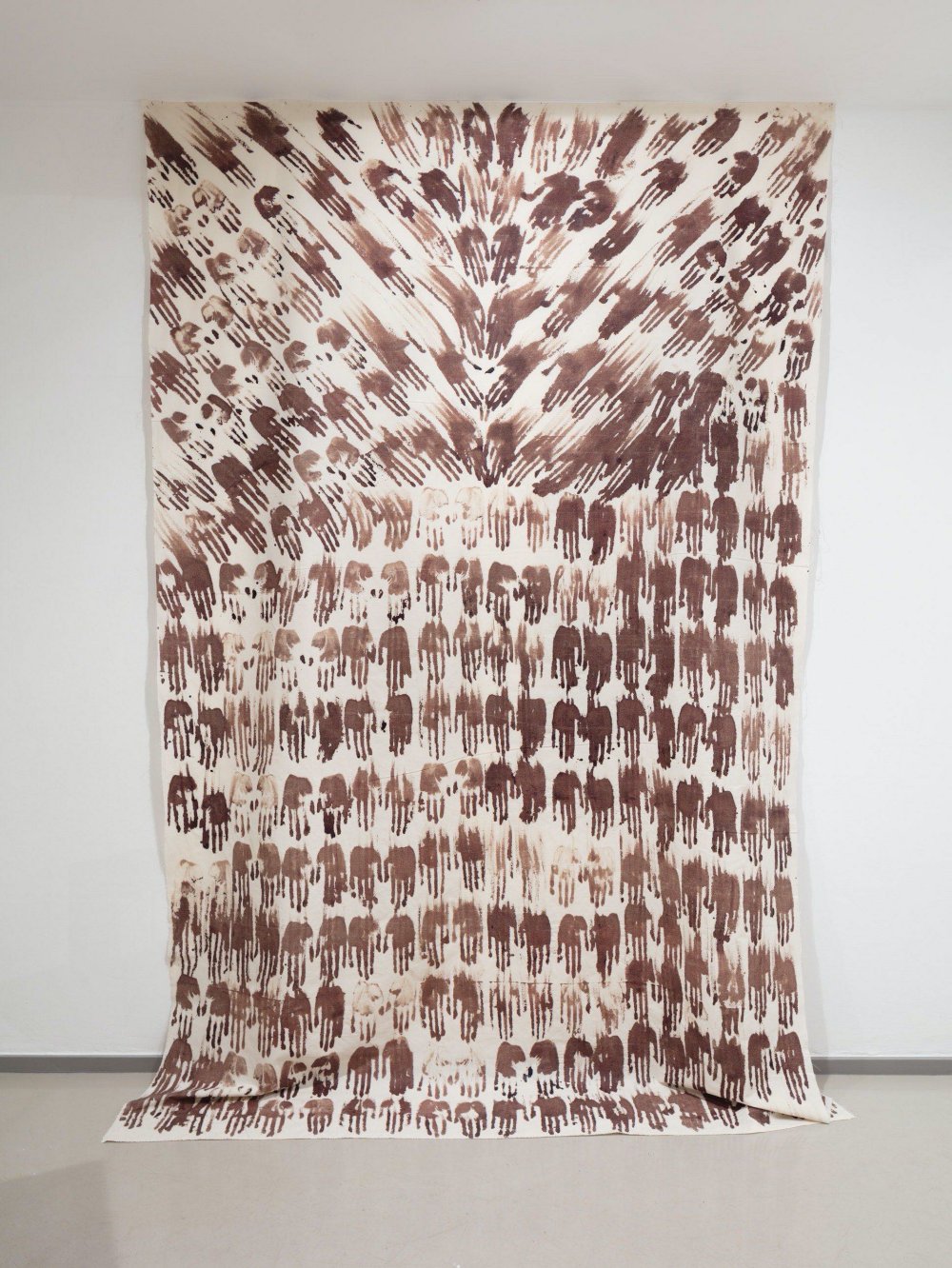 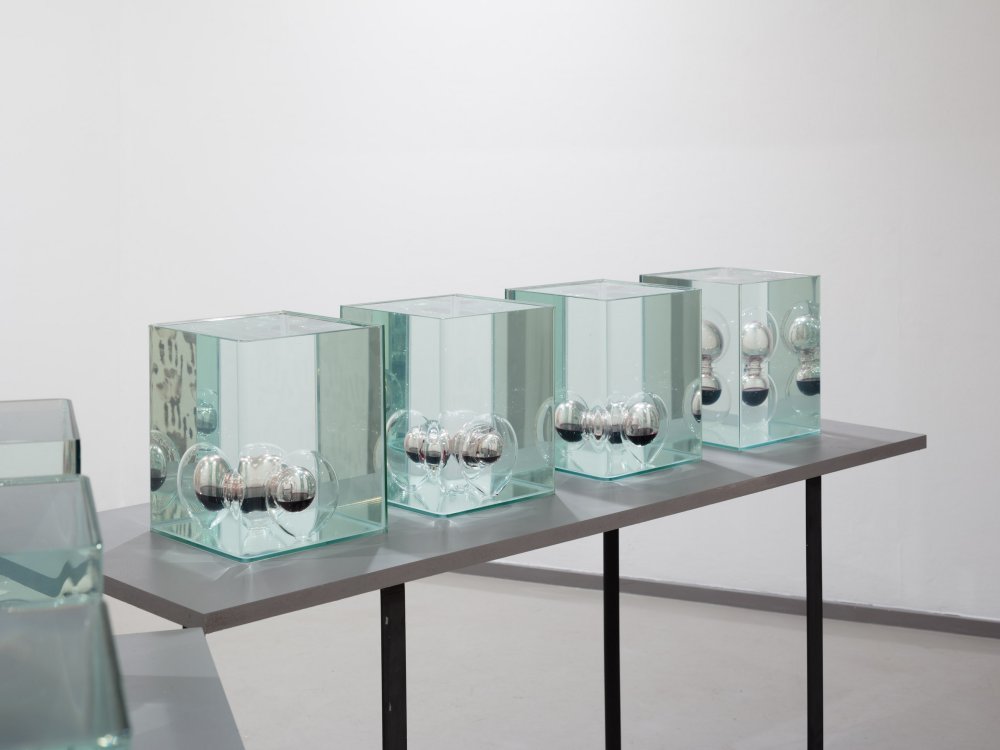 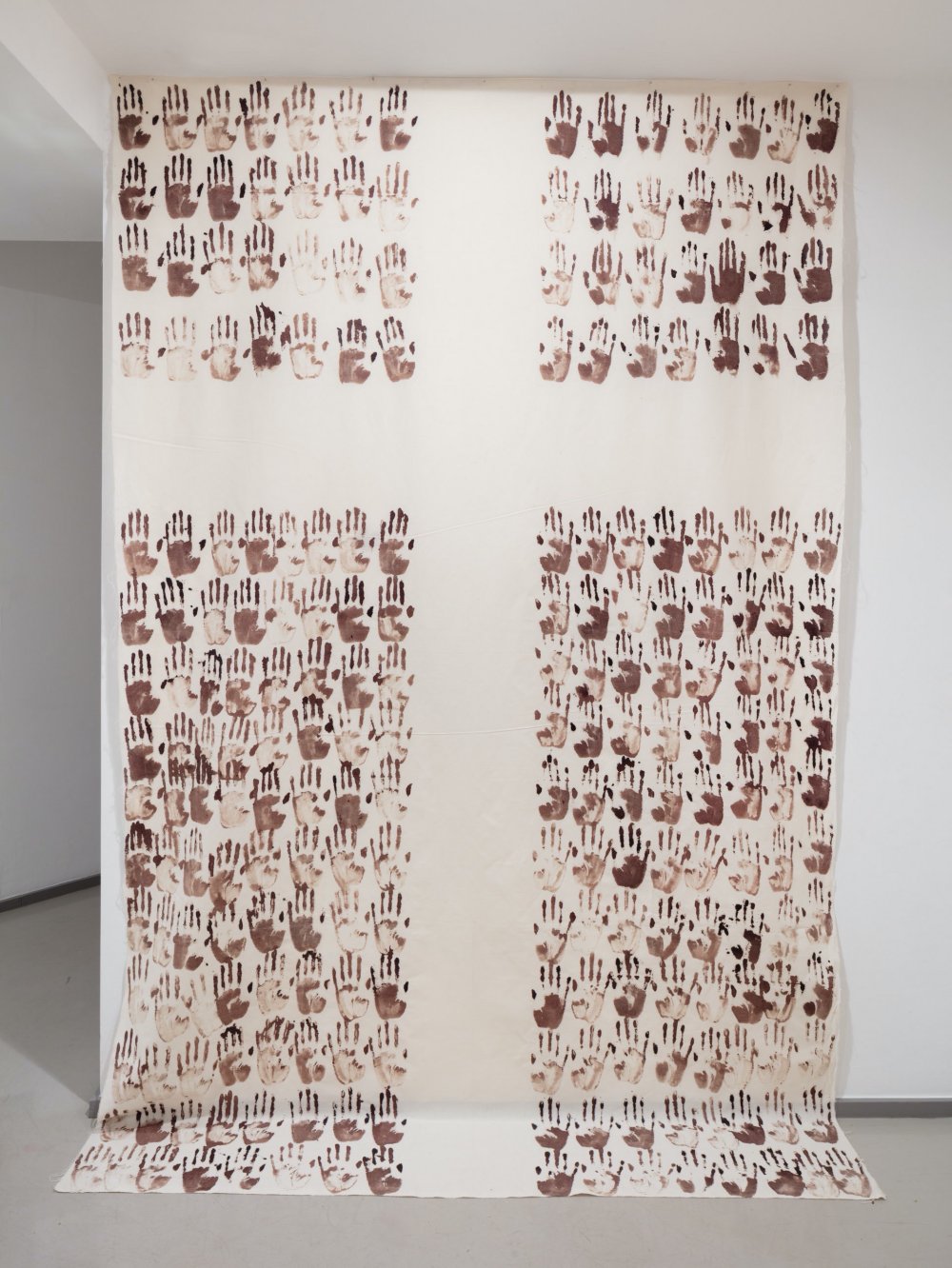 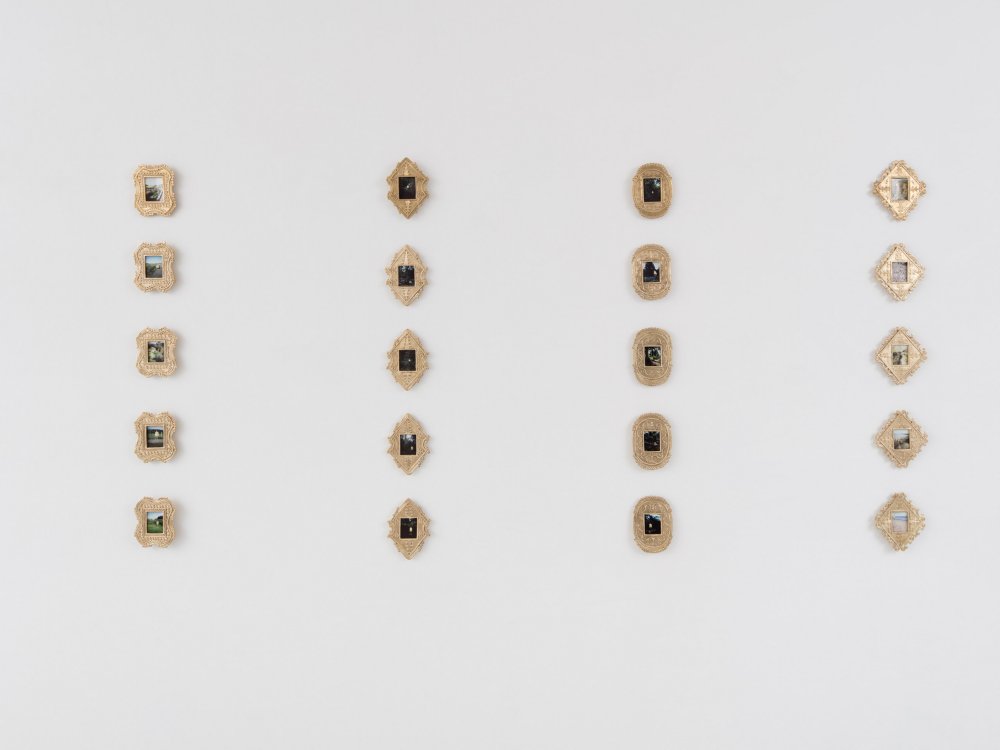 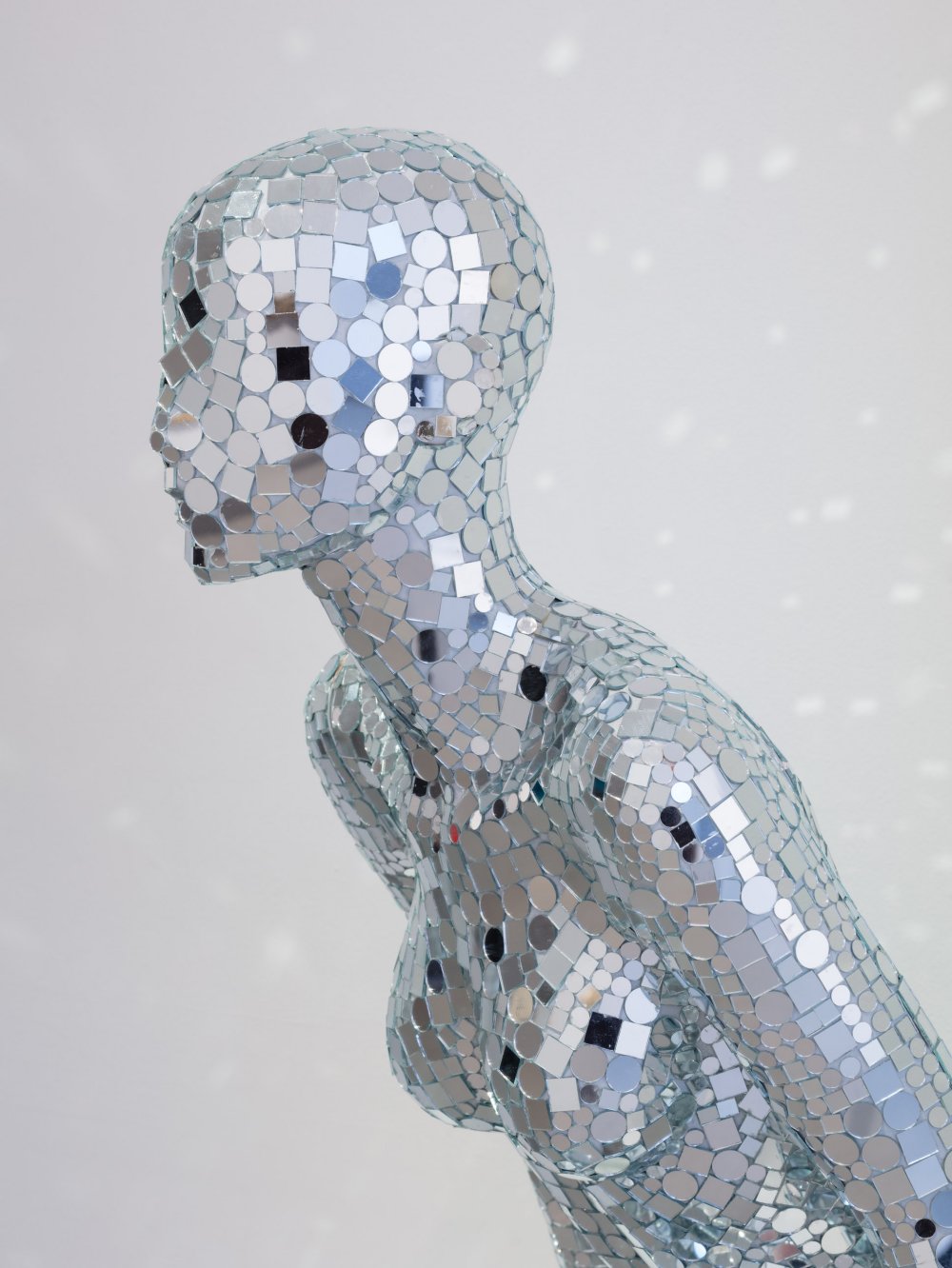 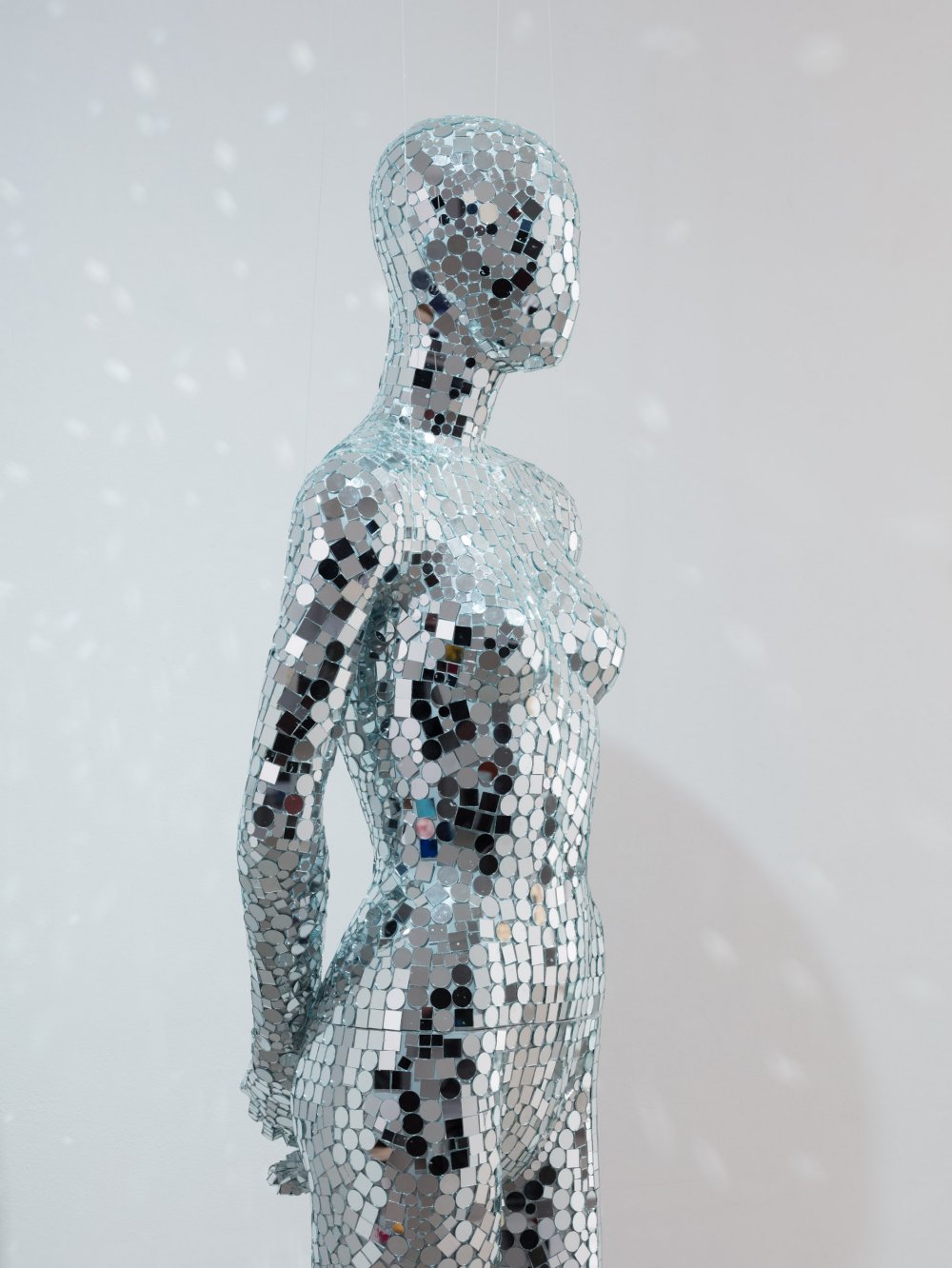 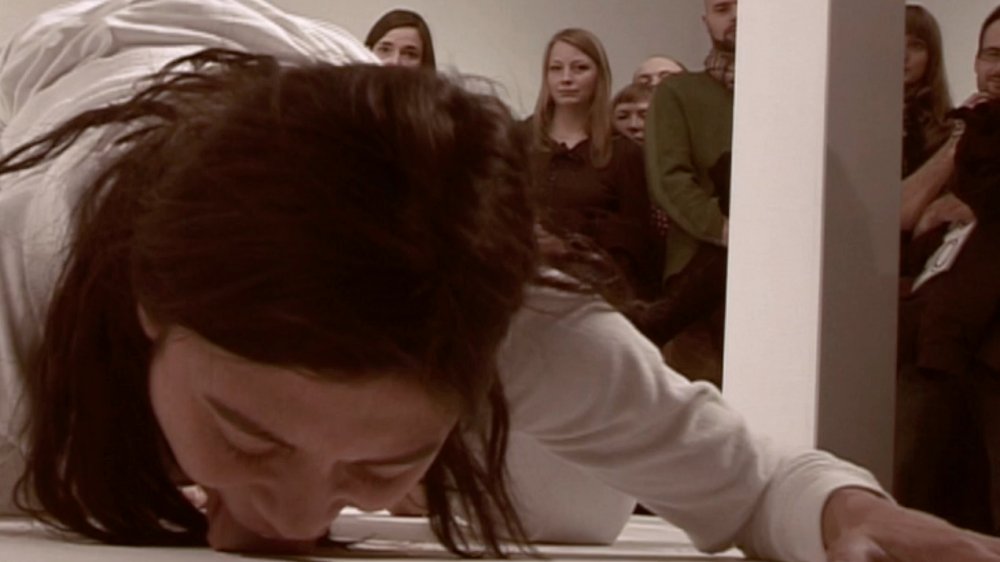 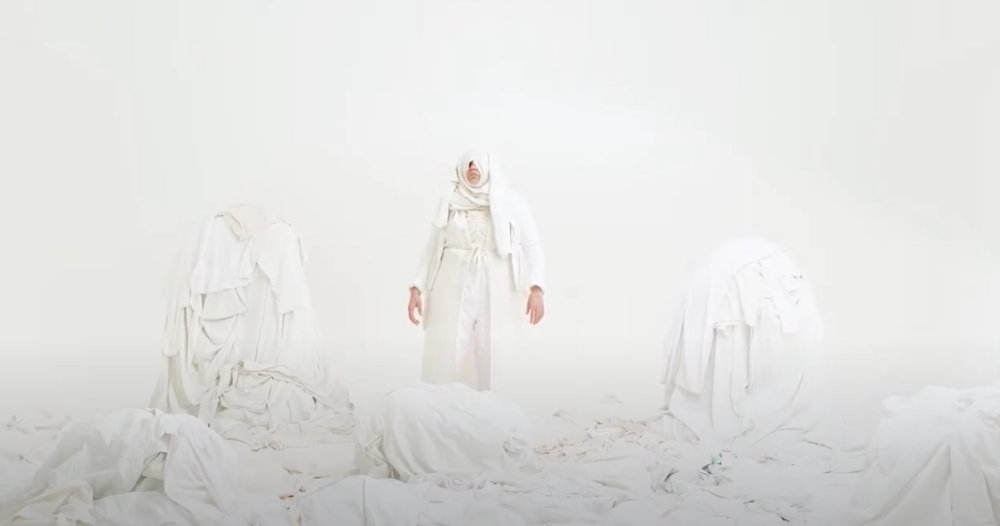 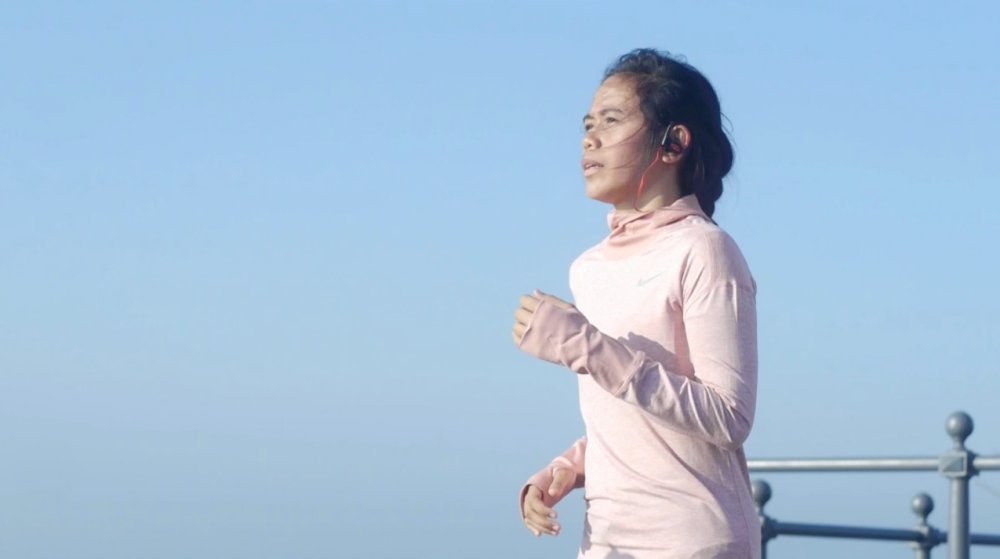 Rhine Bernardino
If you’re hardworking, you won’t be hungry, 2018 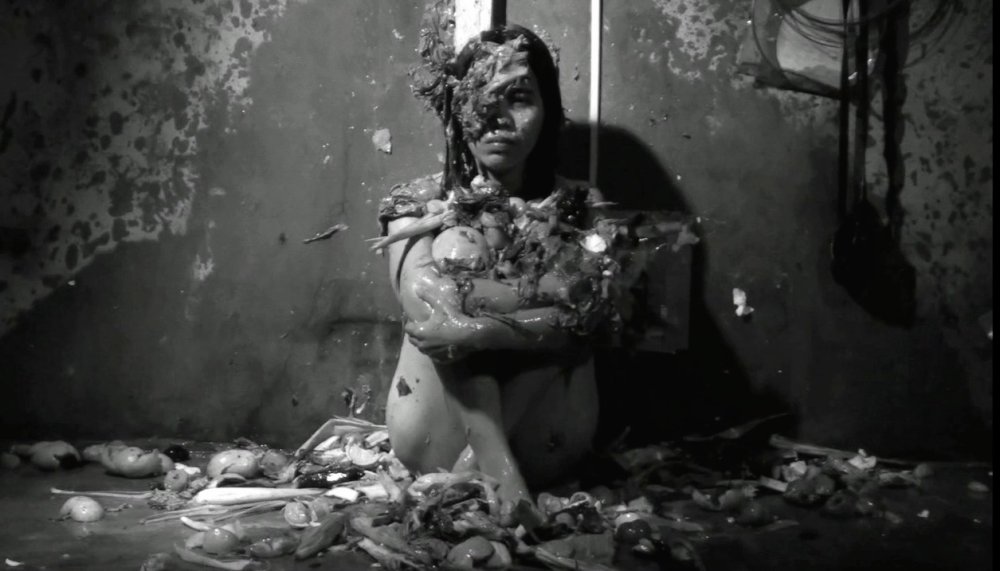 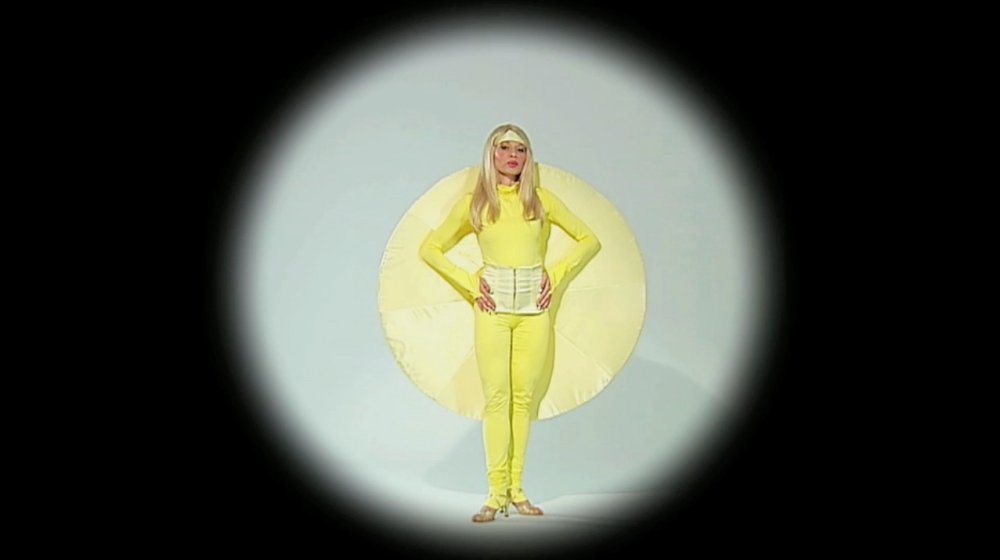 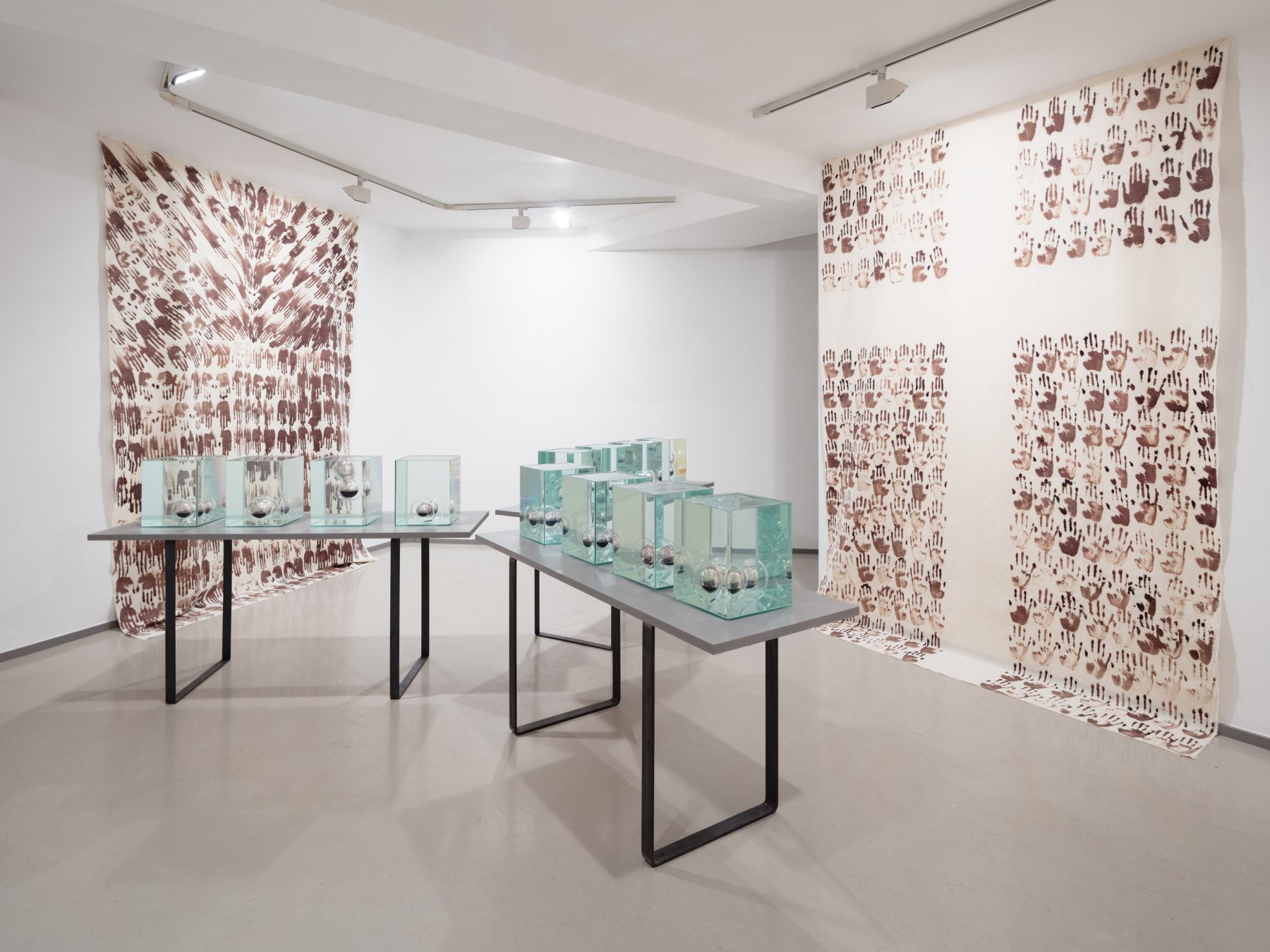 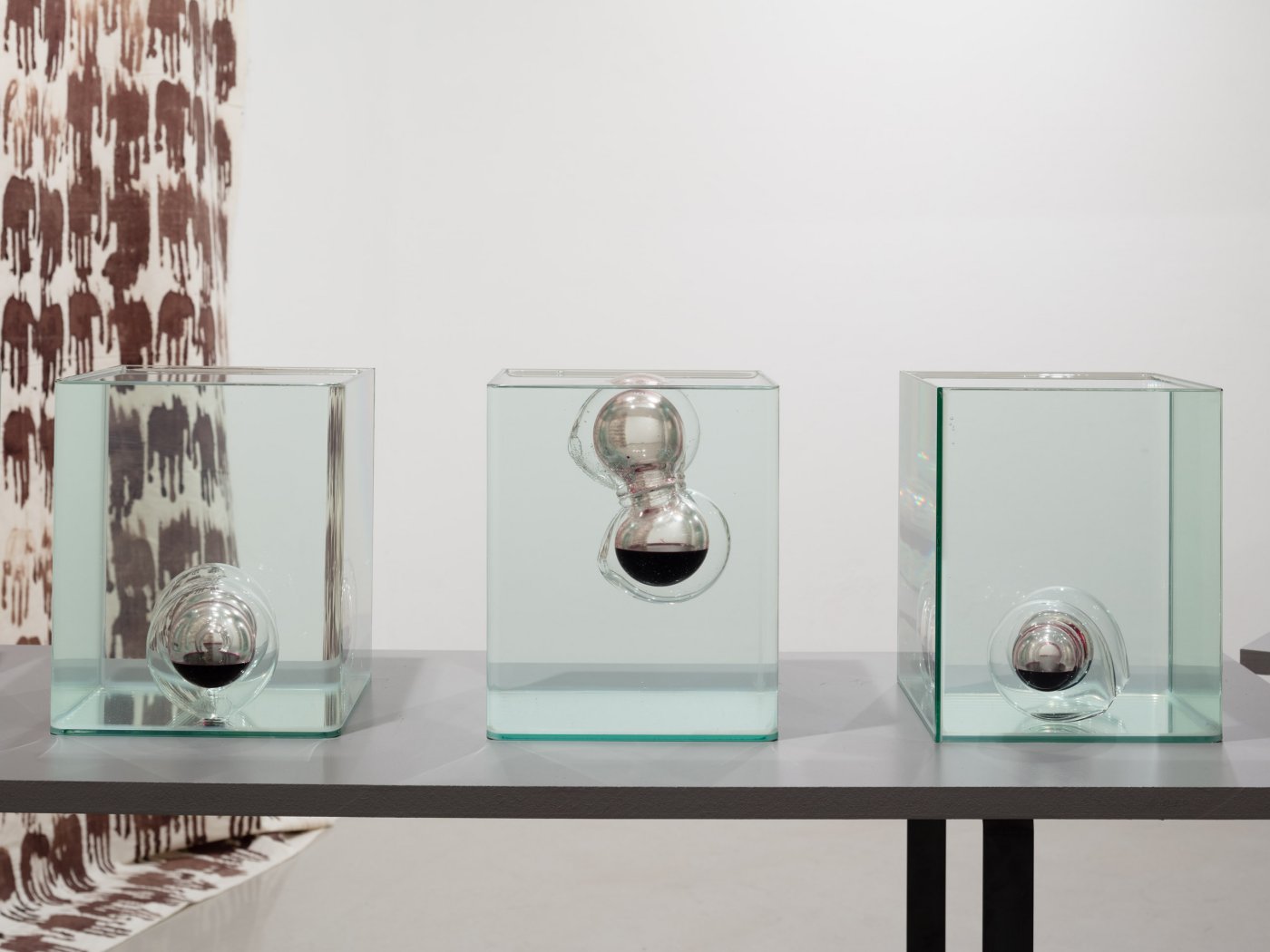 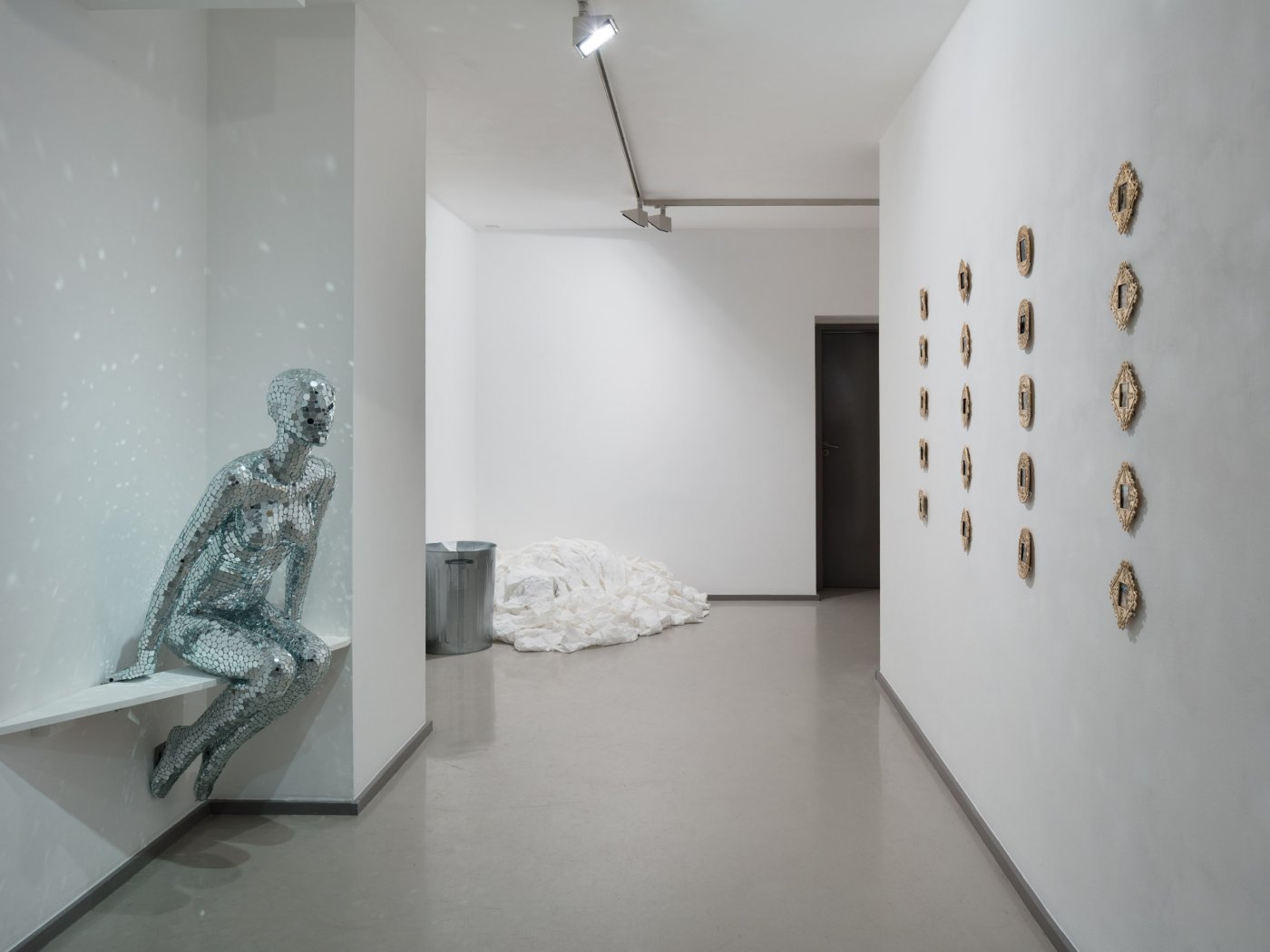 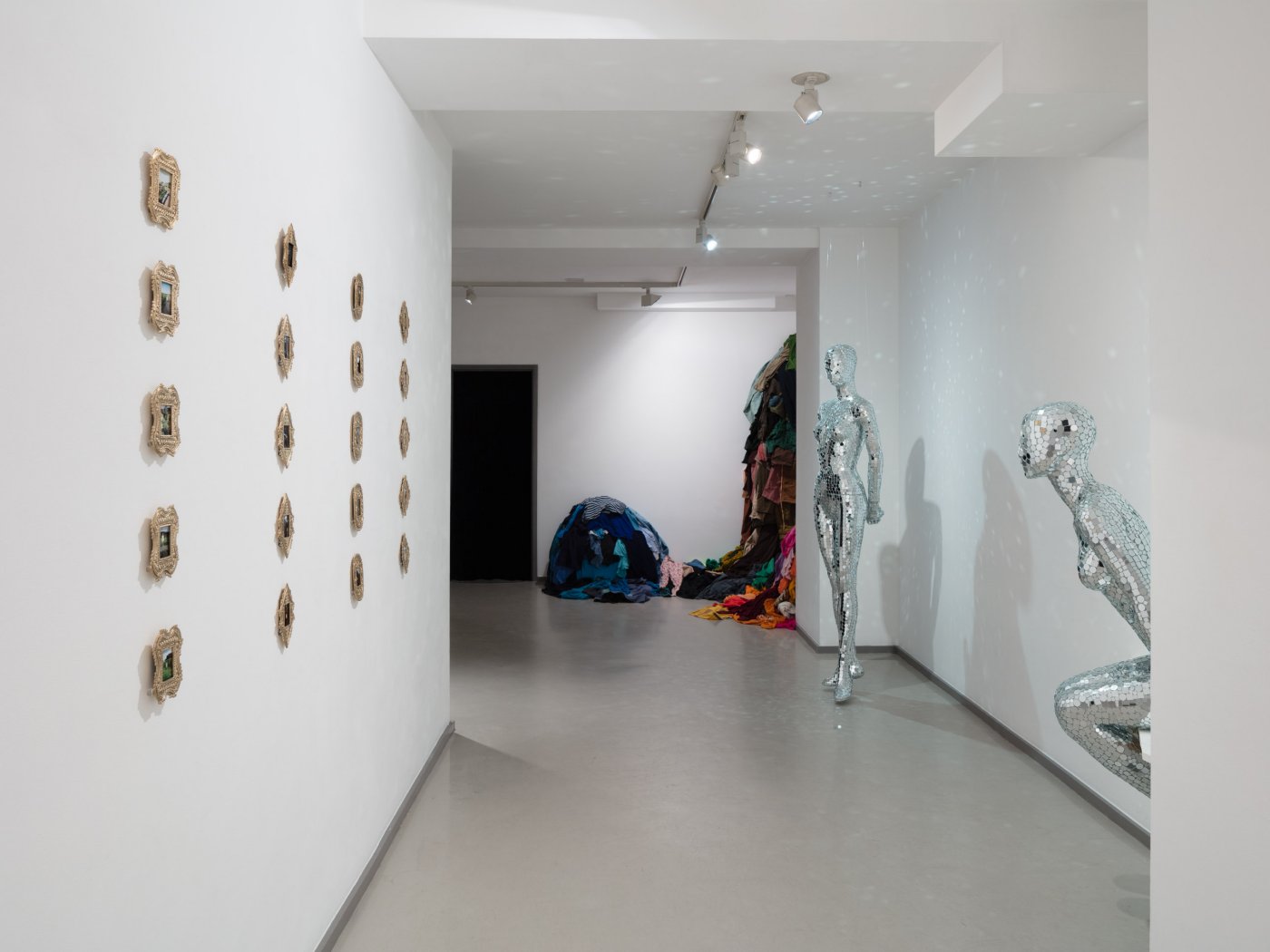 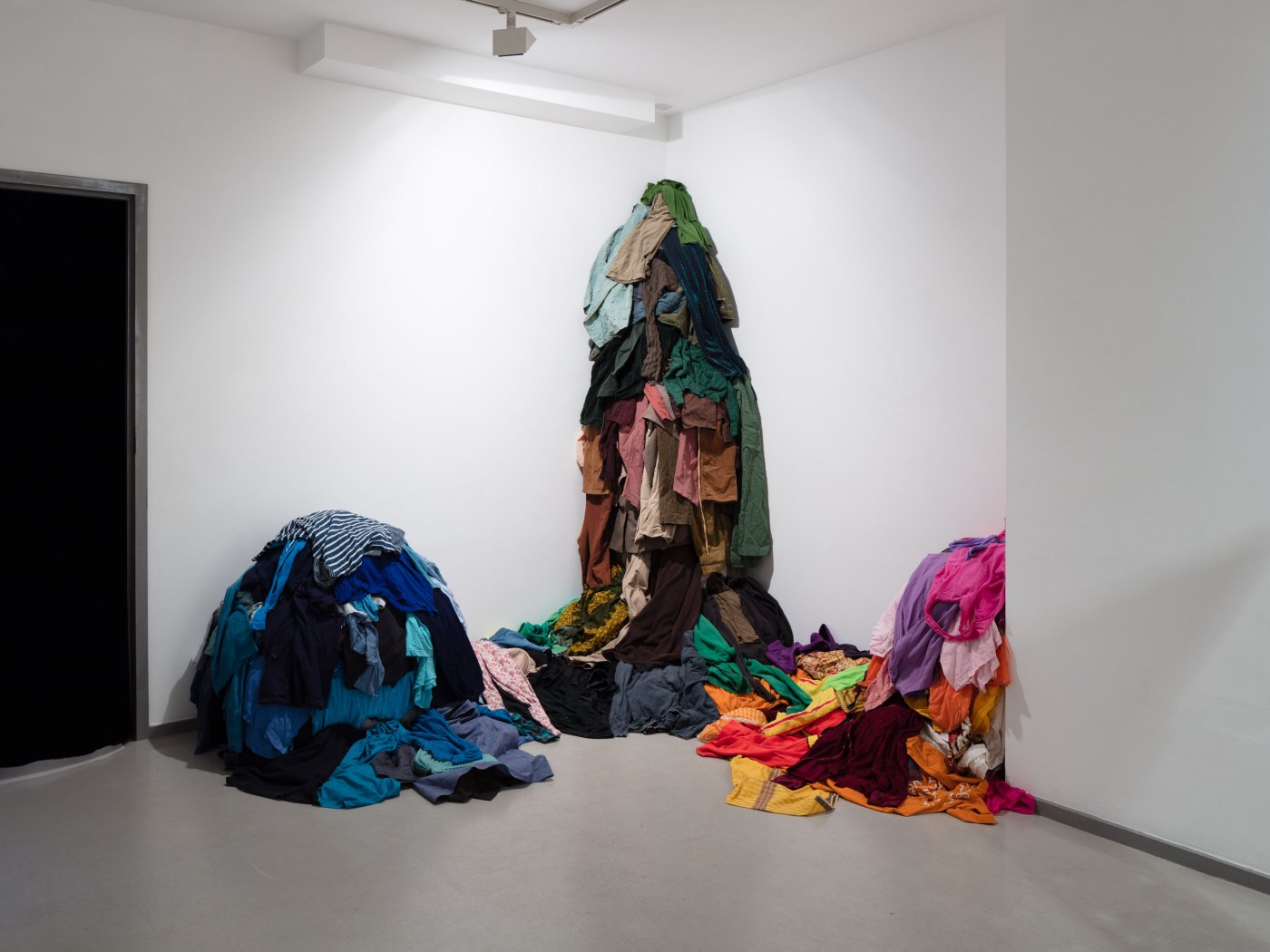 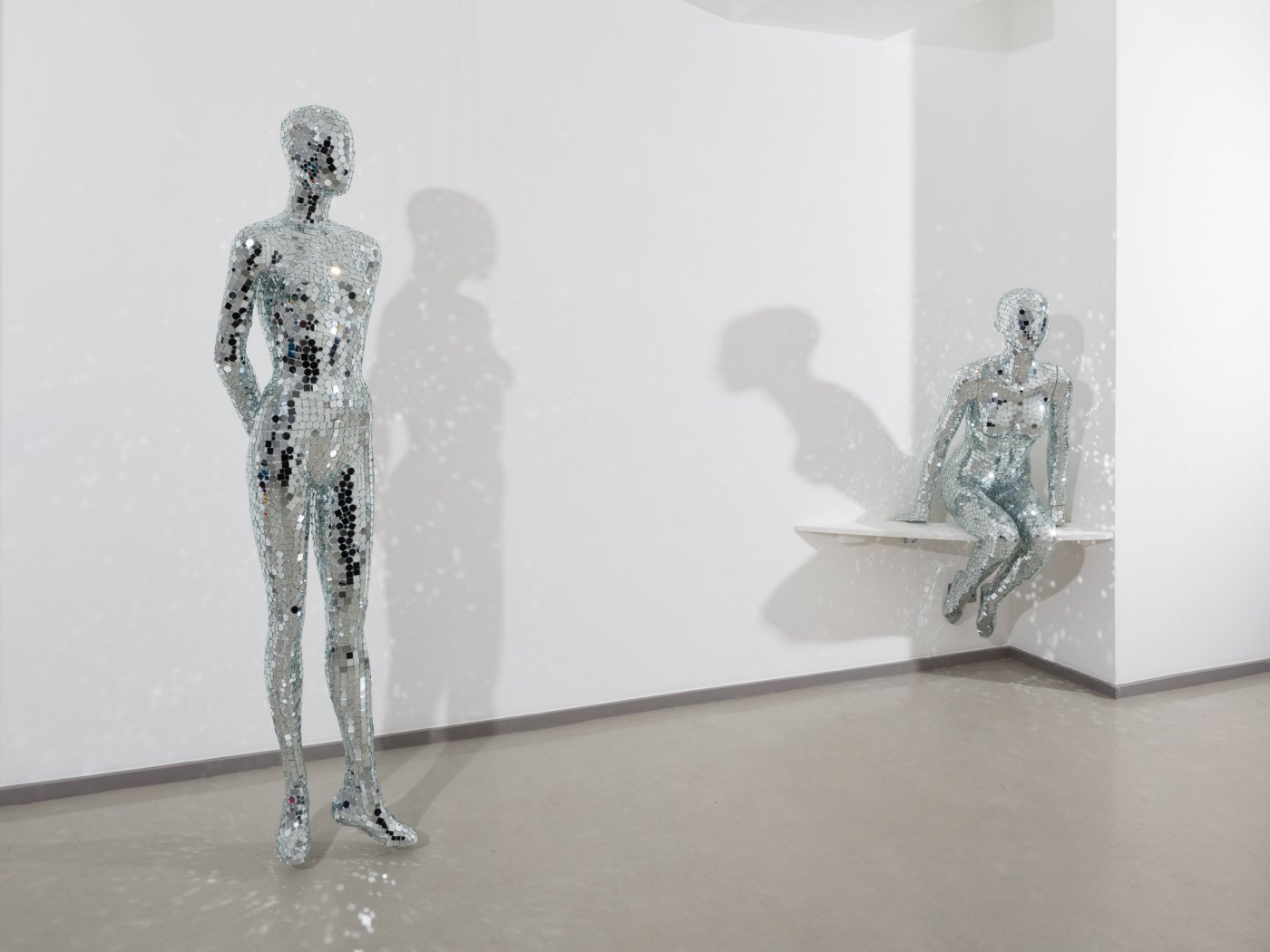 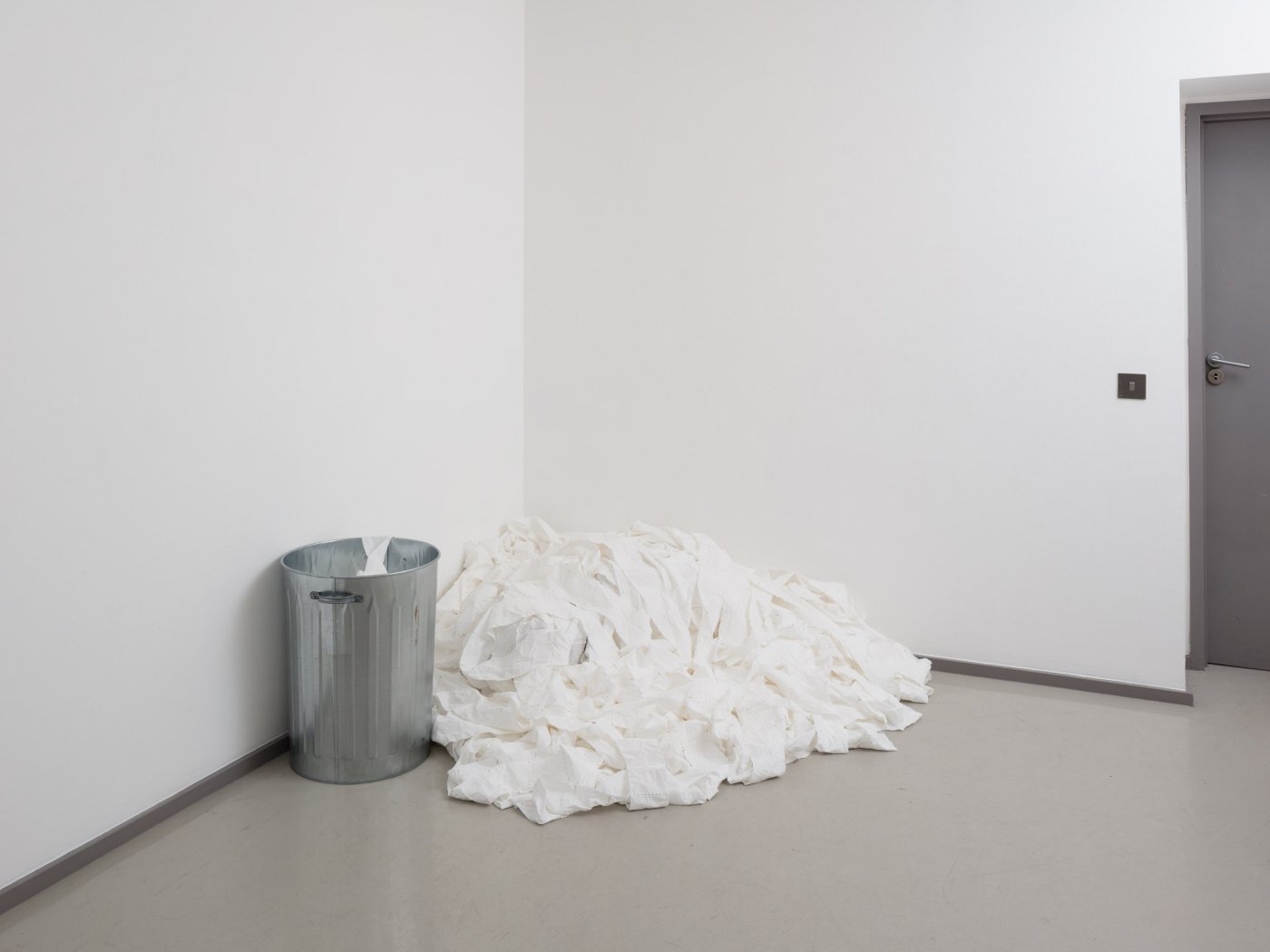 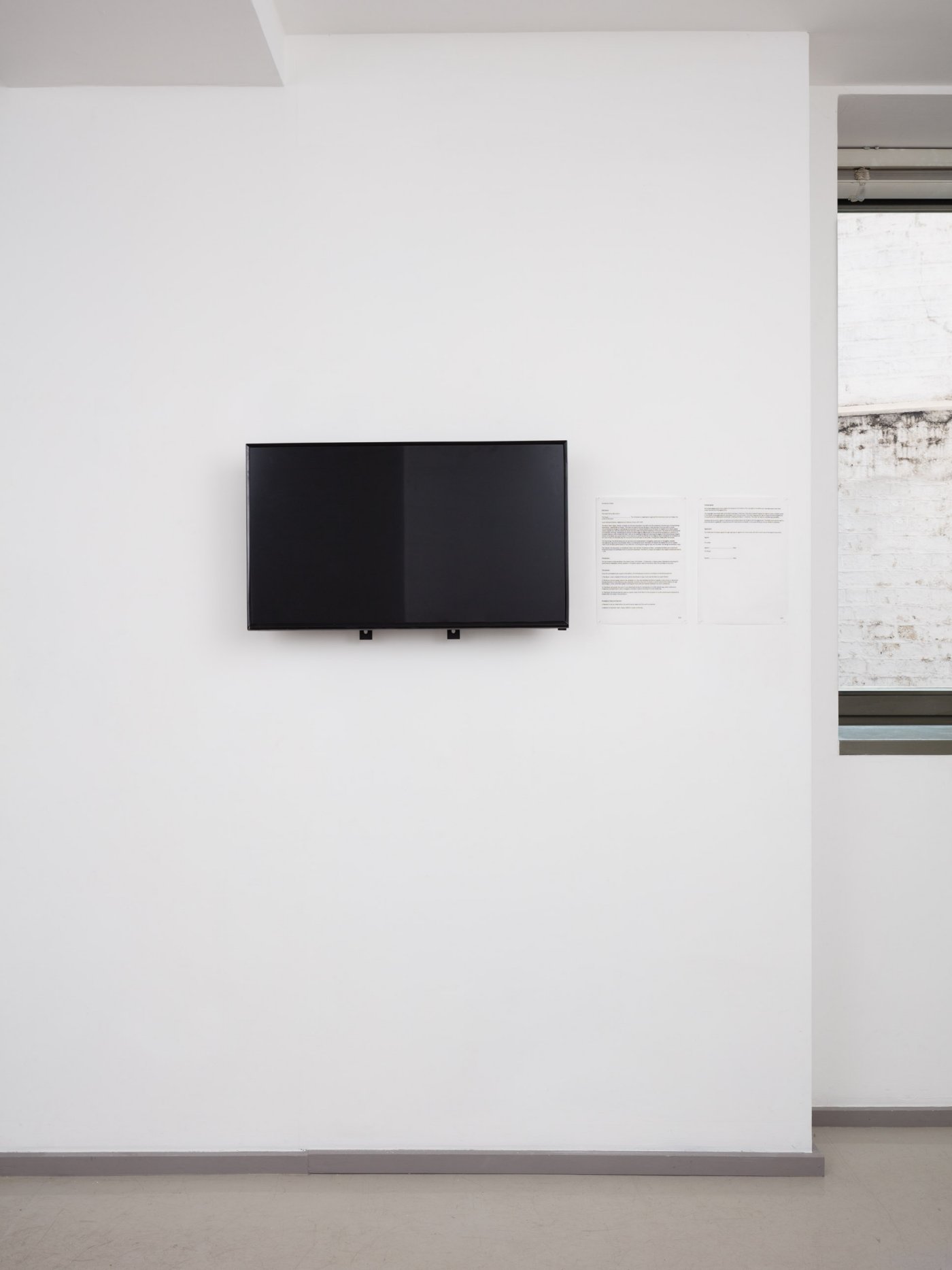 Originating from a visceral necessity to manifest their presence in space, an urgency to ‘be seen’ beyond their singularity – both practices exist within the realm of the displaced and the in-between. As immigrants residing respectively in Copenhagen (Cuenca Rasmussen) and London (Bernardino), they articulate the political through the body and its manifestations.

Endurance, repetition, struggle and participation is what connects both practices, primarily originating from a performative stance which develops into a multimedia body of works encompassing photography, sculpture, installation, video and sound.

The 18-year age gap reverberates throughout the work and opens up reflections on the progression of Performance Art as genre. Cuenca-Rasmussen’s artistic roots refer to the historical Performance Art of the ‘60s and ‘70s, grounded to an intimacy with earthly materials and their symbolic and historical references. She regularly uses tar, clay, sand, pig blood and buttermilk, but also procedures such as song writing and choreography – turning performances into uniquely staged masquerades. Cuenca-Rasmussen also challenges historicization through re-enactments of notable performances, reappropriating stereotypes with kitsch artifice and stagecraft. Through irony and sharp sarcasm, Cuenca Rasmussen provocatively challenges social conventions while mocking the rigorous academic art debate and its consumers’ logic.

A purity of form characterizes Bernardino’s work, reducing the experience to its most primitive and essential representation. Constantly working and seeking different ways of co-creating with indigenous communities and travelling to rural locations (Tasmania, Northern Territory, Australia, Southern Philippines, among others), the artist chooses everyday materials such as inflatable balloons and toilet paper, as well as bodily fluids including snot, menstrual blood and hair. The meticulous labour involved in the process of making often echoes the gravitas of her performances, as seen in The Earth Died Screaming While I Was Sewing (2016 -), an installation of toilet paper sheets sawn together with threads of hair.

Both interested in human behaviours and the condition of the self versus an other, the chimerical works of Bernardino and Cuenca Rasmussen are often uncannily interfering with notions of feminisation, ultimately seducing and repelling.

As part of the exhibition, Bernardino’s Faith, Hope, Charity (2020) is a performance work which come to life solely from the moment of its acquisition. It is essential that a buyer wishes for a miracle* to happen for the performance piece to begin. Over a 40-day period the artist will explore the spiritual possibility of achieving a transcendental experience by inhabiting a room from sunrise to sunset, writing the Bible page by page as part of her devotional and monastic endeavour to perform acts of belief and faith.

The work will ultimately be sold in the form of a long film and a sealed box. The new reiteration of the piece, originally performed in 2013, seeks to simulate the dedication of a devotee. Can epiphany be reconstructed? Can wilful prayers, dedication and devotion lead to something scientifically or empirically unexplainable? It also questions the value of immaterial labour, situating the body as a paramount catalyst for action and change.

The tensions between the representation of clichés, taboos, accepted stereotypes and mysticism, define the exhibition’s dynamics. The Hybrid Guest is the accidental visitor, a chance comer, a suspicious stranger. It is both the artists themselves and the visitor who are prompted into an ambiguous environment wherein the works’ potential is hidden within their layers of experience.

*The artist will perform the work only if the miracle one wishes is something out of one’s control, does not wish violence or ill will towards any sentient being and is something that cannot be bought. Bernardino will be concentrating energies on meditating and praying for a miracle to happen to an object placed inside a sealed box when the performance begins. From sunrise to sunset, she will refuse her body food and water; the performance will be live-streamed daily in the gallery space and on the website. The one and only condition is that the box one purchases should not be opened; otherwise, it will all be void and the miracle will never happen or it will be broken.

Courtesy of the artists and Laure Genillard Gallery, London