Reza Derakshani: The Shadow of a Fig Tree Quiets My Soul

Reza Derakshani: The Shadow of a Fig Tree Quiets My Soul

FIGS
scent of a fig tree
thick in summer air,
shadows of her beautiful hands,
like shiva,
kneading the darkness, dancing.

through the long night,
this longing for you ripens and thickens
we dive toward insanity

you pluck my chords,
and the song echoes across the universe.
each day, each night.

the night you made a promise:
the day of reunion.
I count up the days,
every day and every night.

thirst near to my eyes,
drops of sweet white juice,
the shadow of a fig tree
quiets my soul.

Leila Heller presents The Shadow of a Fig Tree Quiets My Soul, an exhibition of work by Persian-American artist Reza Derakshani. 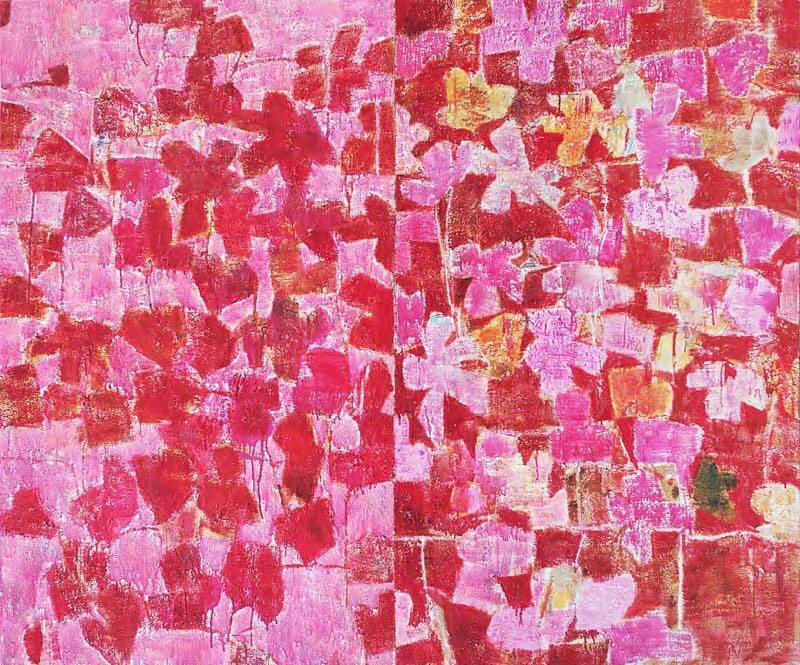 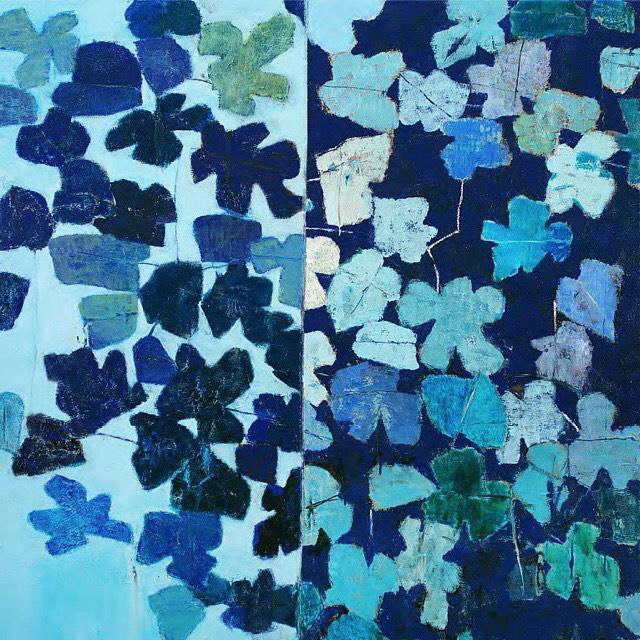 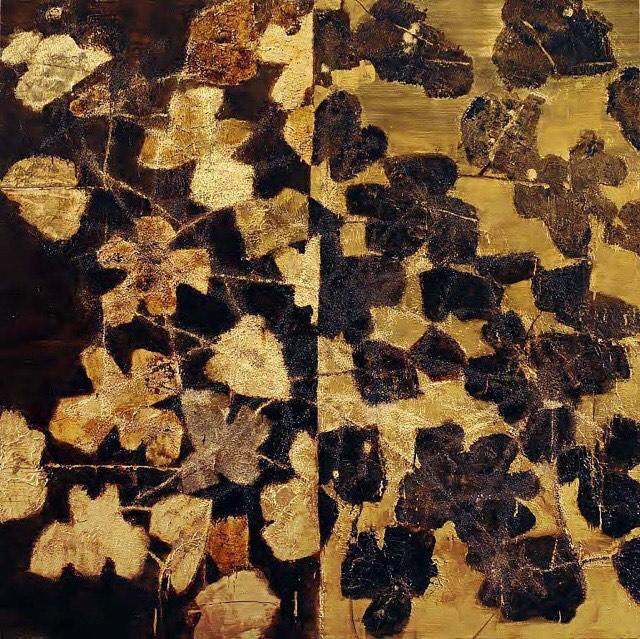 Reza Derakshani
Every Gold Day and the Dark Night, 2018 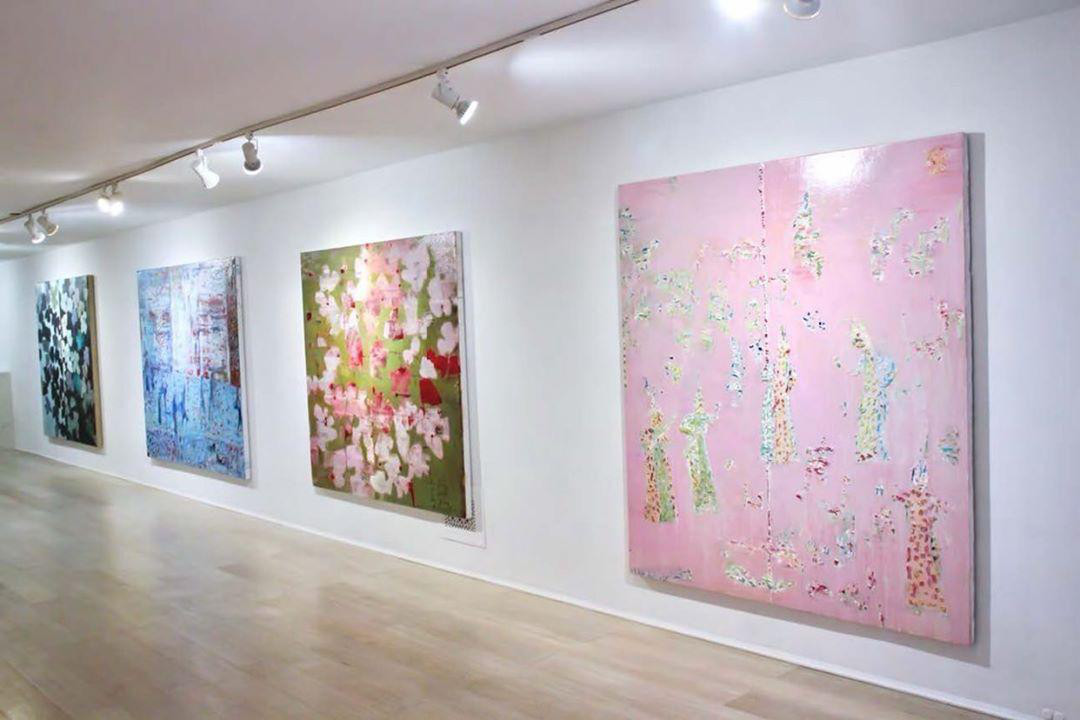 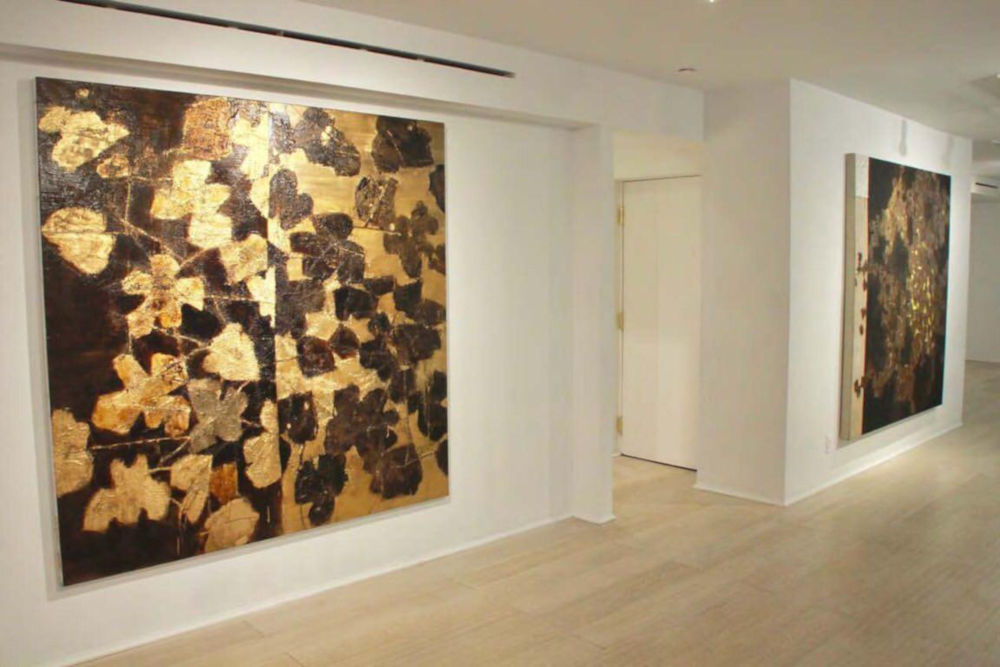 Marking his third solo show at Leila Heller in New York, Derakshani’s exhibition is comprised of eight large paintings. His work celebrates both ornamentation and color fields, as the artist finds a space for figural representation in abstract aesthetics.

In the Day and Night and Fig Tree series, Derakshani explores opposing themes of the world. While aesthetically ornamented, the paintings express a duality of experiences and reflect the fullness and ambiguity of life. In the Garden Party series, Derakshani interprets traditional metaphors for heaven and the afterlife, where families communally gather and feast under tents in vivid and idyllic gardens.

Inserting subjectivity through expressive brushstrokes, while gracefully interweaving strong colors, textures, and luxurious metal paints, Derakshani’s paintings often mimic poetry and music. For the artist, painting is a spiritual process that allows for a return to physicality and beauty, in a rejection of the irony that often permeates contemporary painting.

Born in 1952 in Sangsar, a small village in the North East of Iran, Reza Derakshani is a painter, poet, musician and performance artist. Derakshani studied at Pasadena School of Art, going on to teach at the University of Tehran before leaving the country in 1986 to Italy and subsequently to New York. Reza Derakshani’s work is featured in many public art collections including the British Museum, London; the Metropolitan Museum of Art, New York; the State Russian Museum; the Museum Gunzenhauser, Germany; the Tehran Museum of Contemporary Art and numerous private collections including those of the Sheikha Salama Bint Hamdan Al Nahyan Foundation, Abu Dhabi; SPM, Salsali private museum, Dubai; Leon and Debra Black collection, New York; the Farjam Foundation, Dubai; Trudie Styler & Sting collection, London and Italy; the Freymond Foundation, New York; the Royal family of Morocco; and the Eisler Foundation, among others. Derakshani also performed as a musician at the Brooklyn Museum of New York, the Montreux Jazz Festival, and the Dubai Stadium in the UAE, among others. He now spends his time between his studios in St Petersburg, Russia and Austin, Texas.

Courtesy of the artist and Leila Heller Gallery, New York