Click here to book an appointment to view the exhibition

This summer, Lévy Gorvy inaugurates its new global initiative REVEAL, an ongoing series of single-work focus exhibitions devoted to postwar and contemporary masterpieces, accompanied by in-depth contextual materials and educational programming both in its spaces and online. Soulages 1953 presents a seminal painting by France’s greatest living artist, Pierre Soulages. Offering viewers a historical perspective on Soulages’s oeuvre, this defining early work is presented for the first time in nearly sixty years and is placed in dialogue with an exhibition of his recent Outrenoir paintings, highlighting a period during which Soulages developed his mature style and gained international recognition. 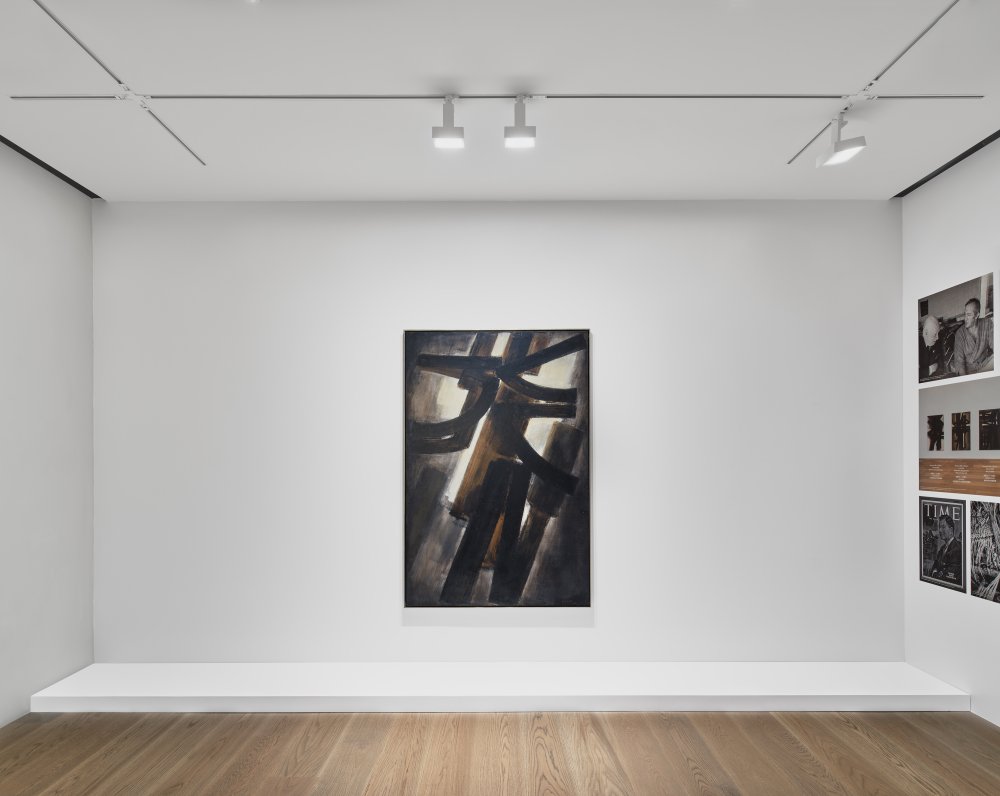 Peinture 195 x 130 cm, 28 juillet 1953 was painted by Soulages as he entered his stylistic maturity. One of a group of canvases in a grand two-meter format from 1953, this painting represented a breakthrough moment for the artist. In it, he introduced a sense of vigorous movement that is anchored by a powerfully structured composition and permeated by a compelling sense of inner light. Employing gestural brushstrokes in subtly layered hues of black, white, gray, and brown, Soulages created a dramatic luminosity, underscoring his lifelong exploration of darkness and radiance.

Last exhibited in 1962, Peinture 195 x 130 cm, 28 juillet 1953 exemplifies Soulages’s experimental approach to defining pictorial space and the poetic sensibility that he brought to his art. As an artist who is still actively painting at age 100, Soulages—a figure that philosopher Alain Badiou has described as “a perennial contemporary”—has offered an extraordinary continuity across his oeuvre.

Also at Lévy Gorvy Hong Kong this summer will be Jean-Michel Basquiat: Royalty, Heroism, and the Streets, a second REVEAL exhibition featuring an exceptional painting by Jean- Michel Basquiat from his breakthrough year of 1982.