Hauser & Wirth presents the first solo Los Angeles exhibition in over half a century dedicated to American artist Philip Guston. 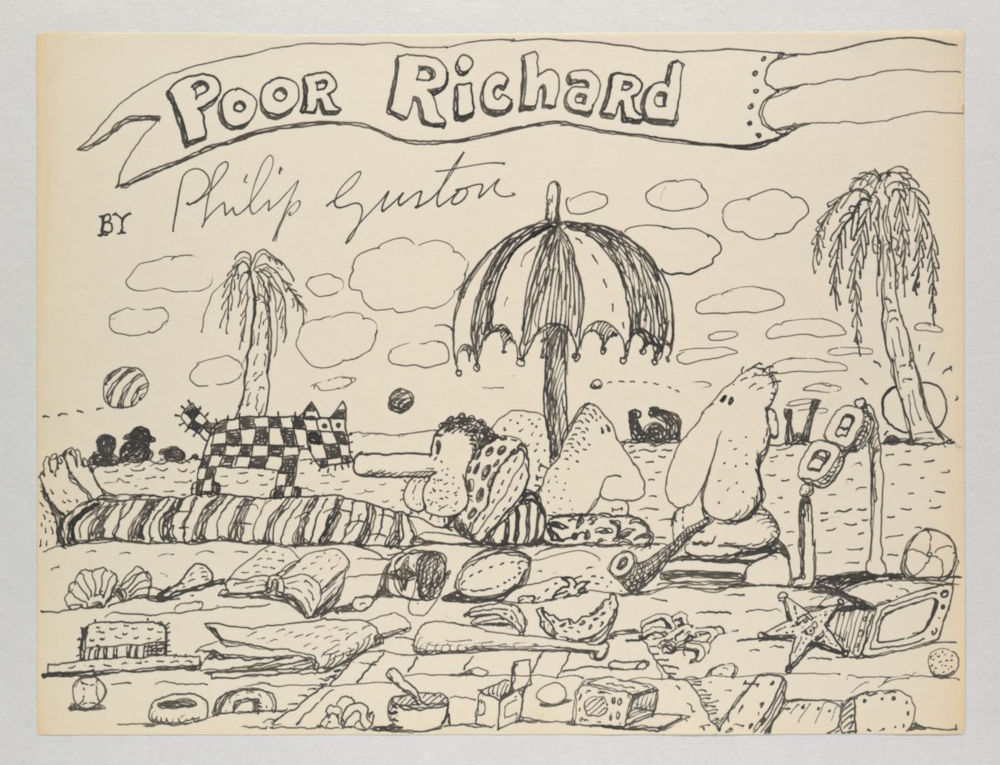 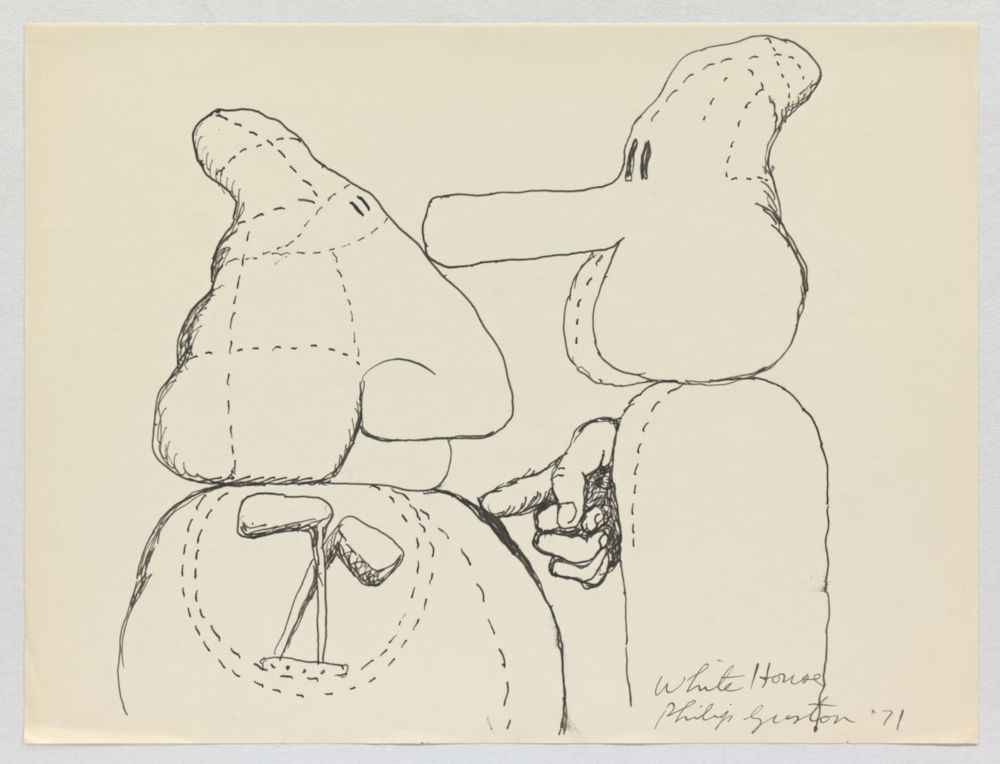 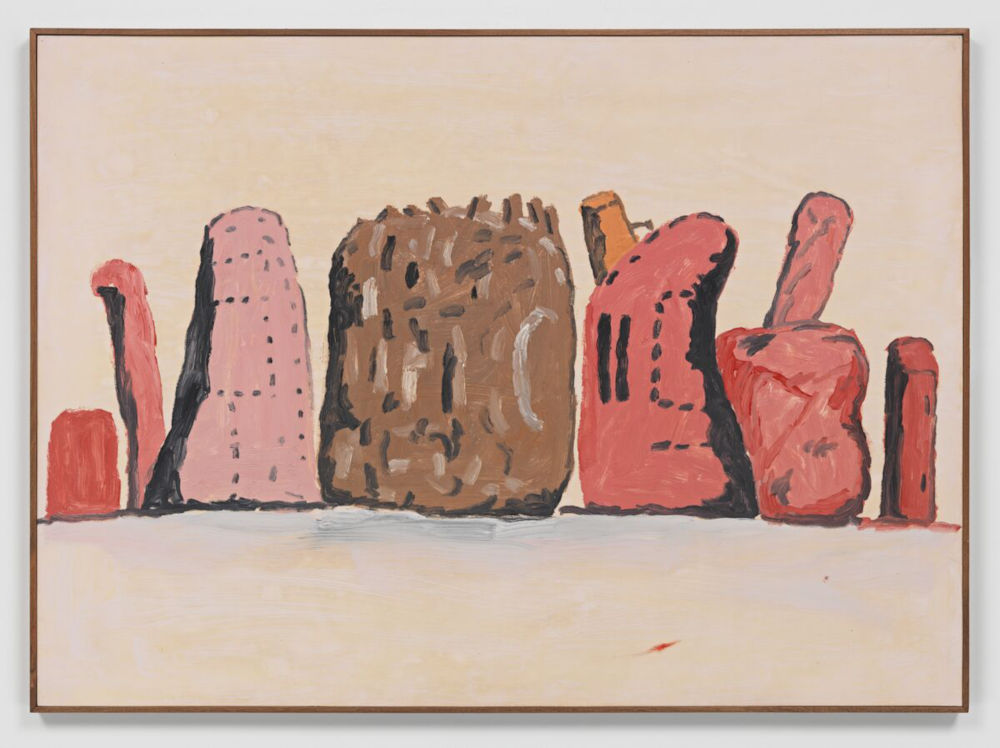 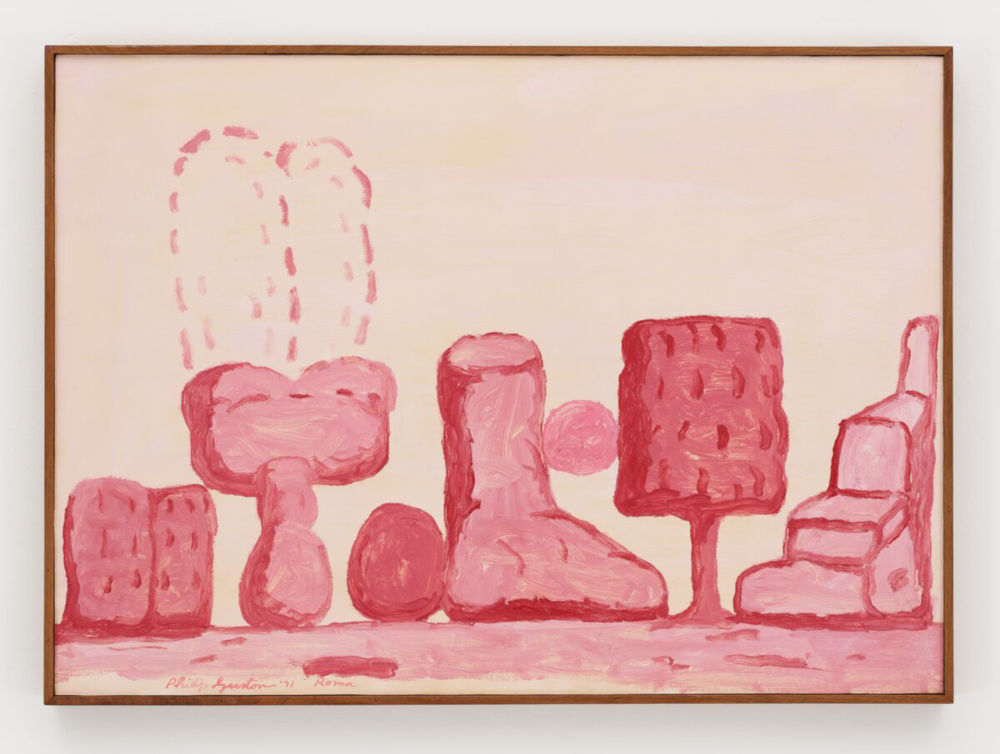 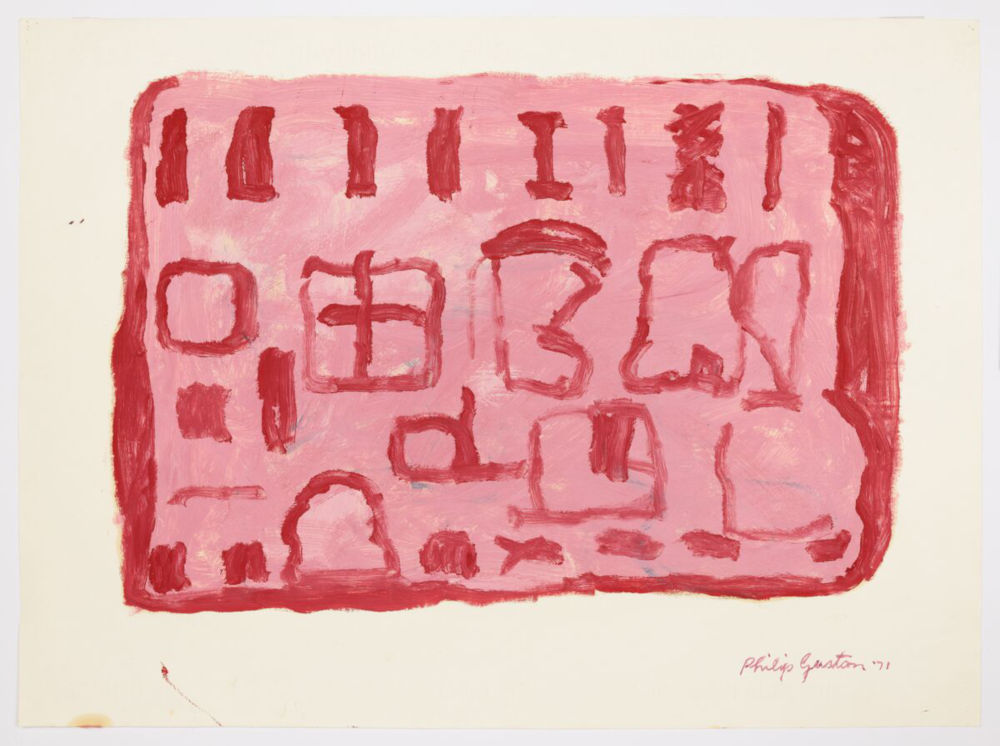 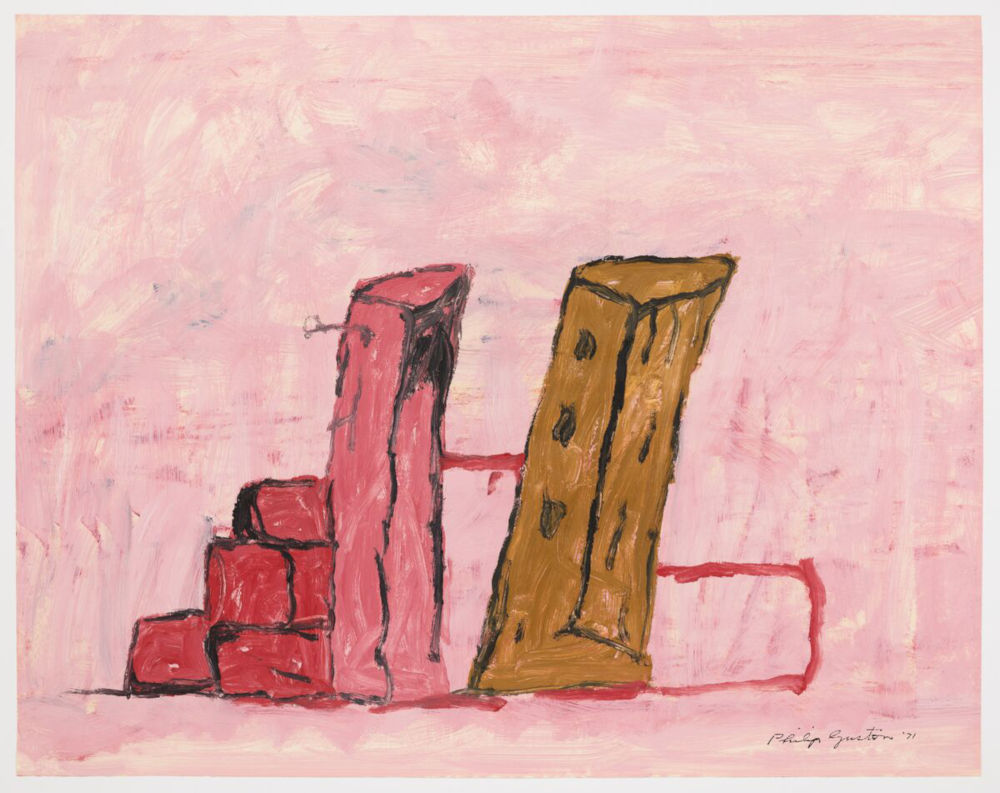 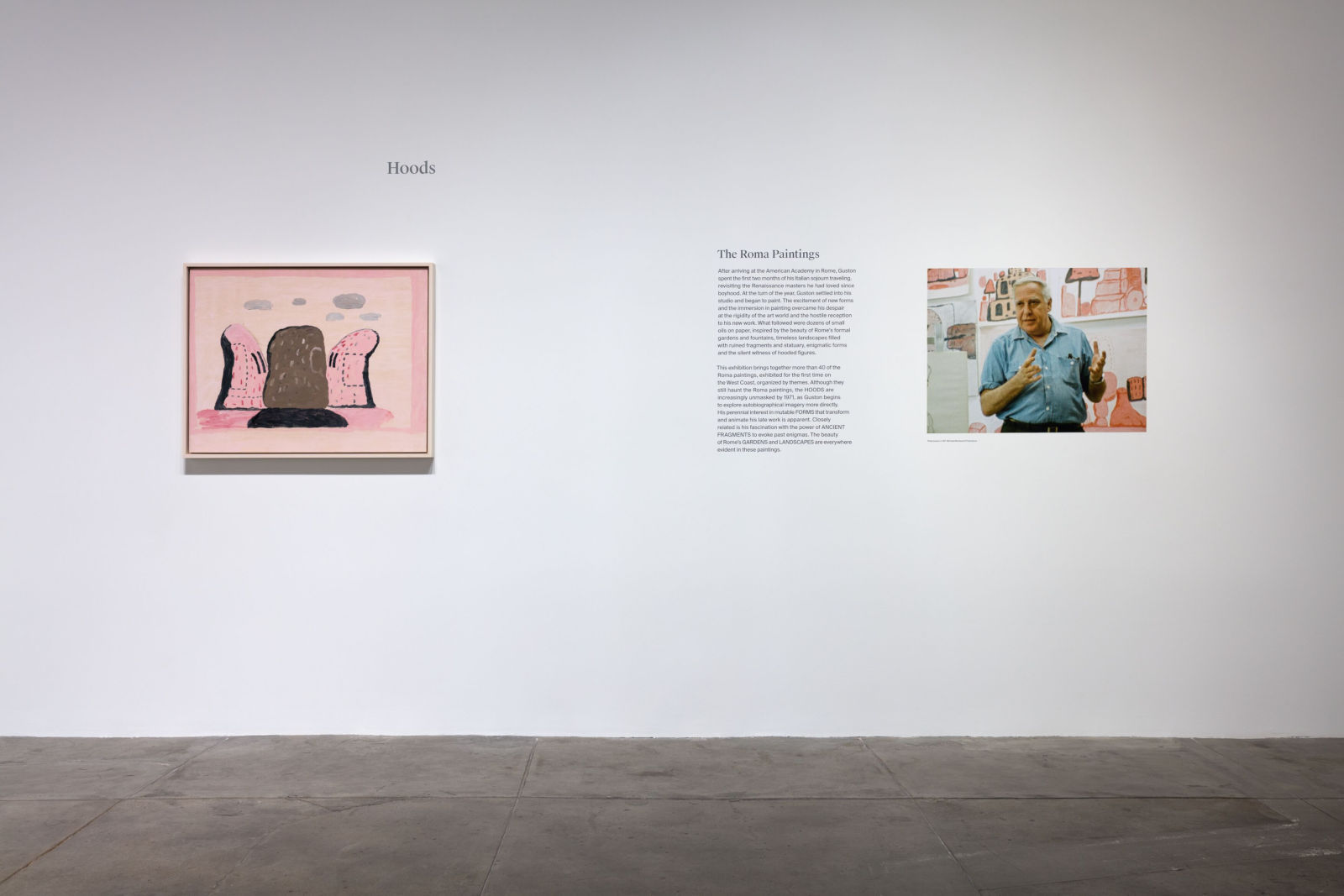 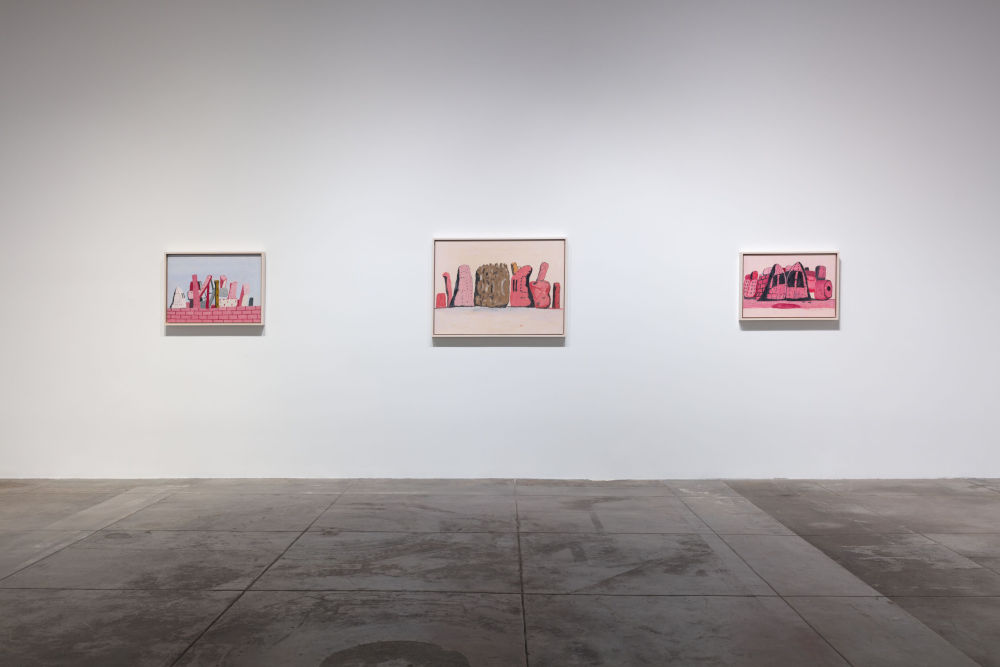 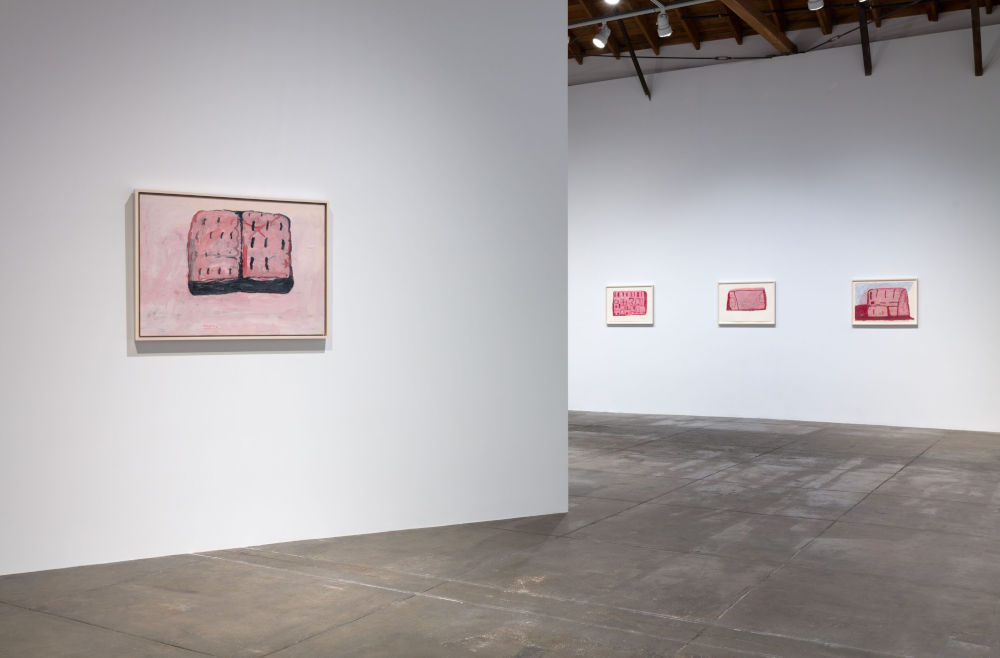 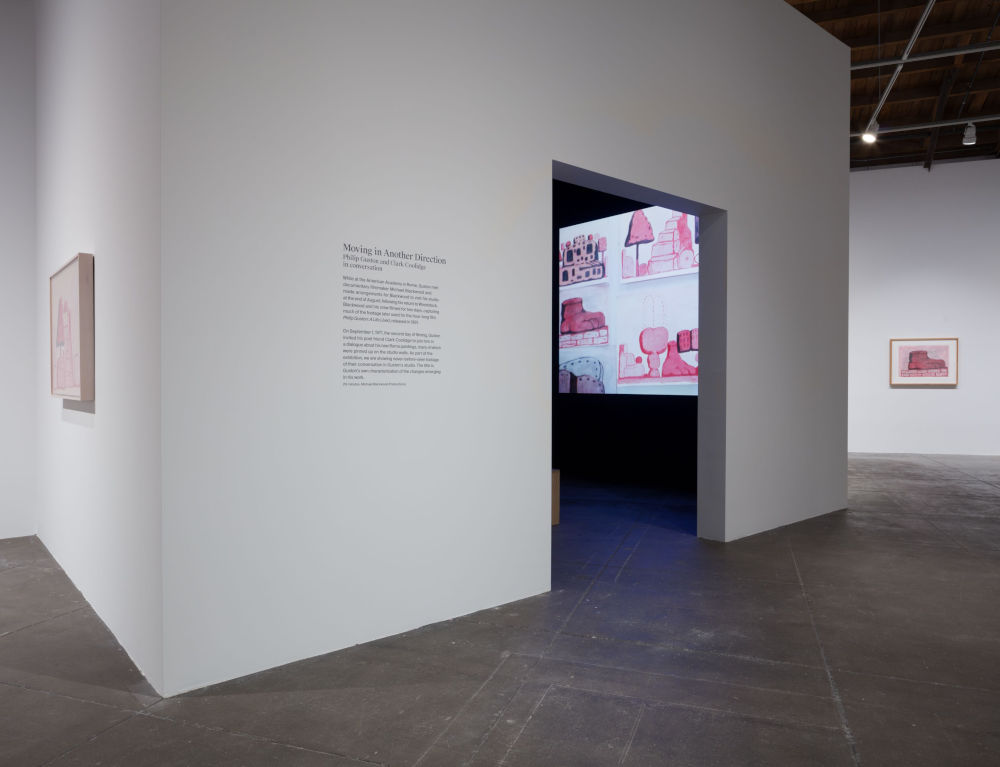 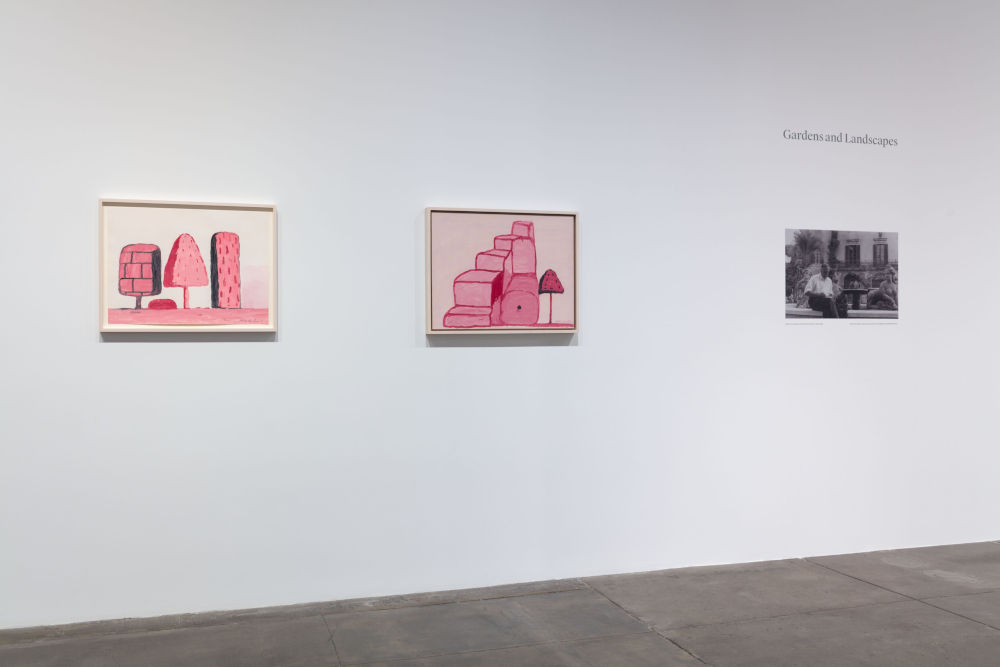 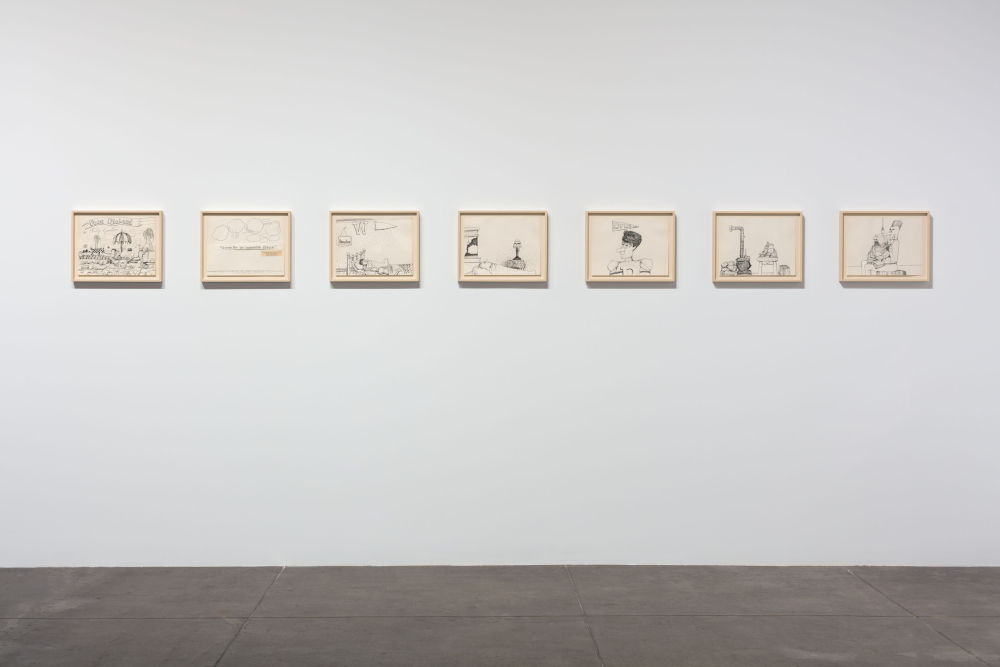 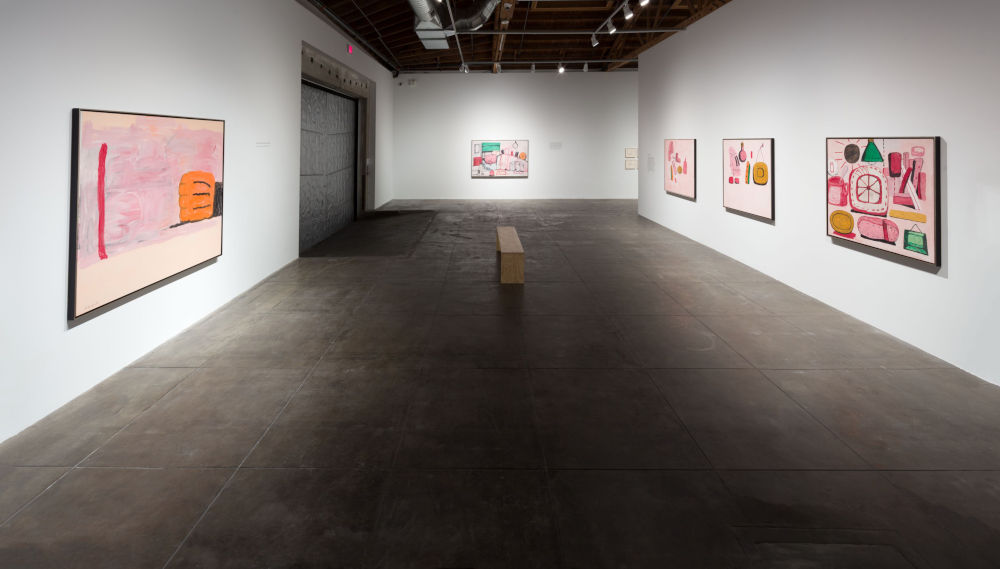 ‘Resilience: Philip Guston in 1971’ sheds light on a single pivotal year that launched Guston into the final prolific decade of his career, during which he painted what are now celebrated as some of the most important works of art of the 20th Century. On view will be two major series, the Roma paintings and the Nixon drawings, accompanied by a select group of larger works. Created immediately after the overwhelming critical rejection of his new figurative work, exhibited in October 1970 at Marlborough Gallery in New York City for the first time, during a time of social and political turmoil in the United States, these works bear witness to an artist at the height of his powers, exquisitely responsive to his world.

‘Resilience: Philip Guston in 1971’ is curated by the artist’s daughter, Musa Mayer, and will be accompanied by a new publication.

The year 1971 marks a critical junction in Philip Guston’s artistic career, telling a story of renewal, invention, and outrageous satire through two major series, the Roma paintings and the Nixon drawings, as well as a select group of larger paintings.

Speaking about his controversial transition, when Guston left behind the elegant abstractions that had earned him critical acclaim to explore strange new territory, he explained to a group of students how crucial doubt and self-questioning were to an artist’s creative process, saying ‘It’s taken me many years, but I’ve come to the conclusion that the only ‘technique’ one can really learn is the capacity to be able to change.’ The works in this exhibition not only define a watershed moment for Guston, but also the artistic and political climate of the United States in 1971.

When Philip Guston first exhibited his new figurative work at the Marlborough Gallery in October 1970, the critical response was resoundingly negative. ‘Clumsy.’ ‘Embarrassing.’ ‘Simple-minded.’ ‘An exercise in radical chic.’ The New York Times headline referred to the artist as ‘A mandarin pretending to be a stumble-bum.’

The paintings in the Marlborough show were created in 1968-1970, a time of despair and upheaval in the US, following the assassination of the Kennedys, of Martin Luther King Jr. and Malcolm X. Our leaders were being murdered, our inner cities were rife with looting and rioting, war protesters filled our streets. The country was divided, and the death toll was mounting in Vietnam.

But in the art world, disaffection ruled the day. In an era of cool minimalism and Pop Art ironies, the passions of the real world were to have no place in art, the critics had decreed. Guston disagreed, famously saying: ‘I got sick and tired of all that purity—I wanted to tell stories!’ And what stories he told, with his Klansmen, ominous but somehow familiar, perhaps even ourselves under those hoods, as suggested in ‘Untitled’ (1971), which features a fleshy head enclosed by two hooded figures.

This was not the path of refinement a leading abstract expressionist painter should be taking, yet Guston pushed forward: challenging tradition and expectations, guided solely by his own intuition and determination.

Guston and his wife left for Italy immediately after the 1970 Marlborough opening, taking up residency at the American Academy in Rome over the next seven months. He spent the first two months brooding, despairing at the reviews and the rigidity of the art world, and revisiting the great art of the past that had first moved him to paint as a young man. At the start of the new year, he finally set to work in his studio at the Academy. What emerged was a rich series of timeless and lovely oils on paper inspired by Roman ruins and landscapes. Informed by Guston’s re-immersion in art and antiquity, evidence of his surroundings—such as the piling up of bricks at ancient sites depicted in ‘Untitled (Roma)’ (1971), or the monumental disembodied marble foot illustrated in ‘Untitled (Foot on Wall)’ (1971)—is ever-present within the Roma series.

But all such respites come to an end. In May of 1971, Guston returned to the turmoil in America, to his studio in Woodstock, in upstate New York. It was Richard Nixon’s first term as president and the scandal of The Pentagon Papers was unfolding daily in the pages of The New York Times and Washington Post, documenting decades of government deception concerning the war in Vietnam. The Nixon administration was fighting to suppress these disclosures.

A response was imperative. ‘What kind of man am I, sitting at home, reading magazines, going into frustrated fury about everything – and then going into my studio to adjust a red to a blue?’ He and writer friend Philip Roth spent long hours talking. Roth had just completed his sendup of the Nixon administration, ‘Our Gang.’ The potency of satire in the history of art, from Tiepolo to Goya to Hogarth to Picasso, was not lost on Guston.

Within a couple of months, over two hundred wildly satirical drawings flowed from his pen, from which Guston selected 73 as a sort of narrative of Nixon’s life from boyhood to his ascent to the presidency. Entitled ‘Poor Richard,’ Guston described this series, saying, ‘I start with [Nixon] as a little boy. Whittier. You know, I grew up near Whittier, a little town. And I’m about Nixon’s age.’ How could a boy the same age, growing up nearby in California in similar humble circumstances and dreaming of greater things, possess such dark ambition and capacity for evil? In these drawings, Guston first explored much of the imagery that would later take form over the next decade in his paintings.

The Nixon drawings were never exhibited in Guston’s lifetime and in fact went unpublished until more than two decades after his death in 1980. ‘He wasn’t sure about whether to go public with them,’ Philip Roth recalled when the entire series was exhibited at Hauser & Wirth in the run-up to the 2016 presidential election. ‘I think he didn’t want to be sullied as a cartoonist. But actually, the people who didn’t like those wonderful last paintings sullied him as a cartoonist anyway.’

As disparate as the Roma paintings and the Nixon drawings from 1971 at first appear to be, they clearly show an artist at the height of his inventive powers, exquisitely responsive to his world. He stands alone, at a critical point of resilience and renewal in his work, as he readies himself to move forward into the final prolific decade of his career, when he was to paint what are now rightly celebrated as some of the most important works of art of the 20th Century.

As part of the exhibition, newly discovered 1971 footage from filmmaker Michael Blackwood of Guston and his poet friend, Clark Coolidge, discussing the Roma paintings, will be shown in a 19 minute film entitled ‘Moving in Another Direction.’ A select group of larger paintings from 1971 – 1973 clarifies the source and evolution of Guston’s imagery in his next works.