Modern Art is delighted to announce an exhibition of paintings by René Daniëls at Modern Art Bury Street in September 2021, featuring work dating from 1980 to 1987. 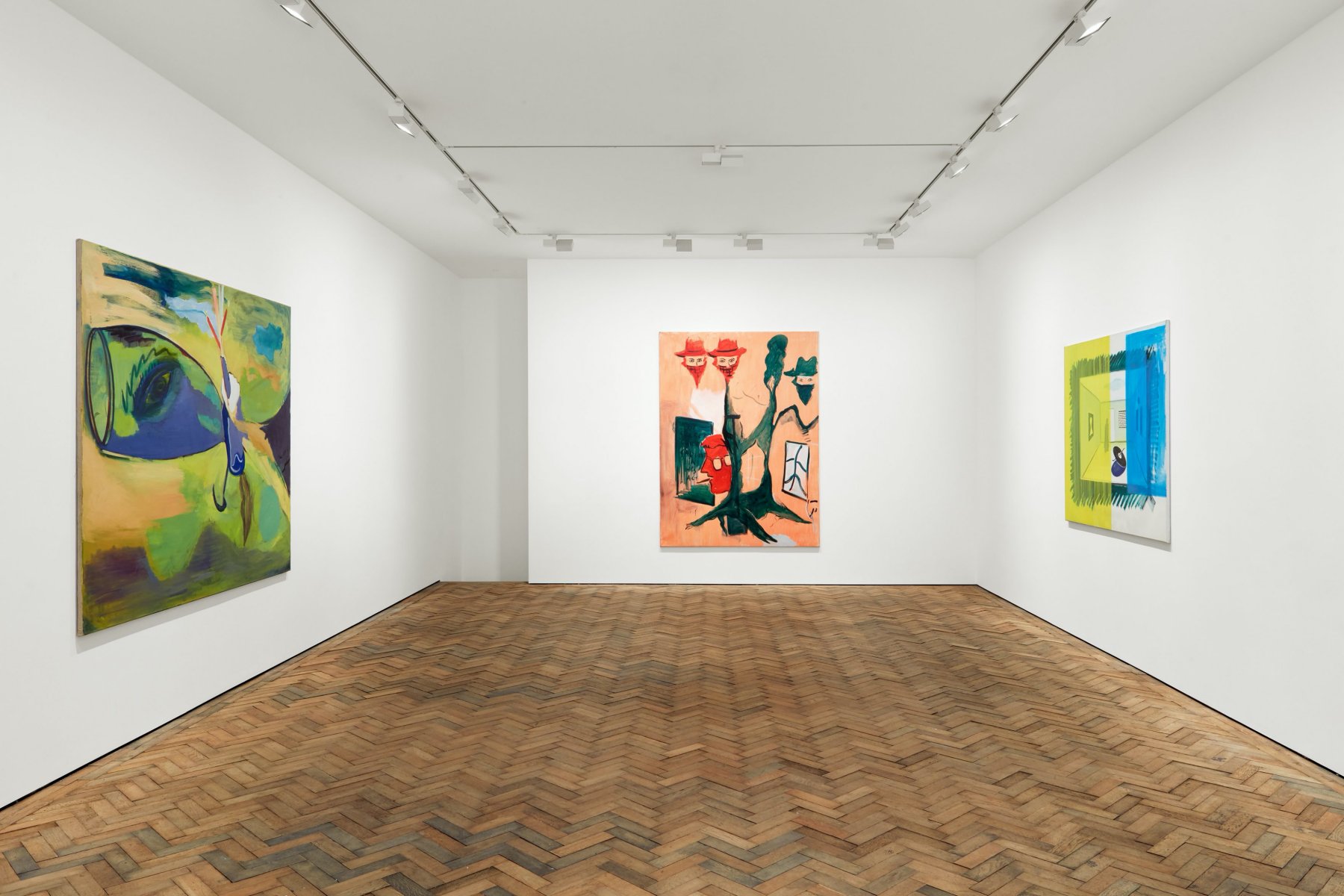 René Daniëls began his career exhibiting in the Netherlands in the late 1970s and gained international attention in the early 1980s when his work was shown widely in Europe and the United States. It was at this point that he became identified as a leading artist of his generation, recognised for his unique approach to the medium of painting that was driven by conceptual rather than painterly concerns, and brought together references to art history, literature, and wider cultural sensibilities. Since then, he has been considered one of the foremost Dutch painters within his field and has gone on to significantly influence subsequent generations. In 1987 Daniëls experienced a brain haemorrhage and was unable to continue to work until recent years. As a result, the majority of the limited number of existing works by Daniëls was made before 1987.

Modern Art is able to show a group of paintings that were made between 1980 and 1987, during Daniëls’ most pivotal period of development. The works encompass a range of Daniëls’ configurations, including some of his most iconic forms and motifs. Perhaps his most famous is what has come to be known as the ​‘bowtie’ paintings, in which the perspective of a floating, abstracted, three-walled space – resembling that of a gallery – is amplified to crudely resemble the shape of a bowtie. Allegory and ambiguity are constitutional elements of Daniëls’ works, but self-referential witticism and semiotic play is only one register among several present. Bright and harsh colour palettes, spontaneous painterly mark-making, and boldly sketched, cartoonish characters come together to produce atmospheres so elusive and yet so specific, their logic could be said to be matched only by dreams or hallucinations.

René Daniëls has been the subject of solo exhibitions internationally, including at wiels Contemporary Art Center, Brussels, in 2018 and mamco, Geneva, in 2019. A major survey was mounted at the Van Abbemuseum and the Museo Reina Sofia in 2011. In 1998 a comprehensive exhibition of his work traveled to Kunstmuseum Wolfsburg, Kunsthalle Basel, the Stedelijk Museum, and the Fundacao de Serralves Porto. Other one-person exhibitions include Camden Arts Centre, London; Bonnefantenmusum, Maastricht; Museum Haus Lange, Krefeld, Germany; and Boijmans van Beunignen, Rotterdam. He was included in documenta 9 in 1992 and the major group exhibition Westkunst (Heute). Zeitgenössische Kunst seit 1939, Rheinhallen, Cologne, in 1981.