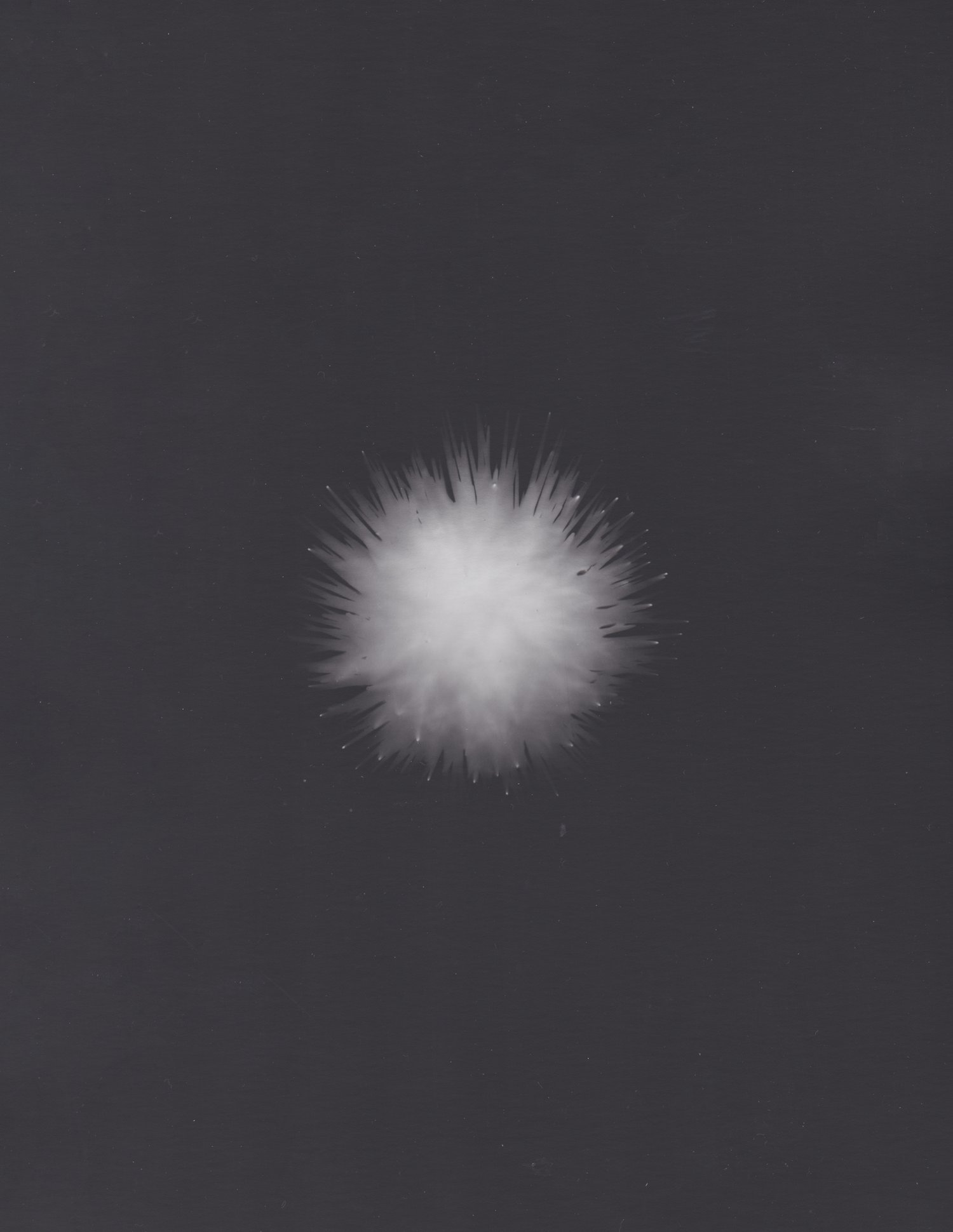 Leotta’s artistic practice is closely connected to the observation of the land and sea sceneries of the Mediterranean. Cooperating with nature, Leotta mediates with the universal phenomena that make up a fragmented territory: the phases of the moon and tides, the volcanic rains, the bioluminescence of plankton, the waves, the microlith, combining through his works a minimalist vocabulary and poetry with ease.

The exhibition consists of a group of works made of fabric, “Orizzonti”, obtained by immersion into the sea and then left to dry naturally in the sun. The physical phenomenon of the crystallisation creates, through the line, a visual division on the fabrics, tracing an ideal horizon that tells the movement of the tides related to the phases of the moon and describes the theme of uncertainty and oscillations within the natural landscape.

For Leotta, the concept of line is linked to the philosophy of “Meridian Thought” by Franco Cassano. The South, as a geographical and cultural space, becomes the subject of thinking, instead of object, as understood by an egemonic Northern cultural perspective. The line is therefore intended as a reference of the perspective, the horizon does not divide, but it is possibilities in the making and dialogue.

The series of “Ricci” (sea urchin) photographic impressions, consists of lunagrammi (photograms by moonlight) of seascapes of Paracentrotus Lividus, commonly known as sea urchin, immortalised in its natural environment. Symbol of the Mediterranean Sea, these images invite us to think with nature, reflecting on these units as indissoluble parts of a biodiversity, but also as significant elements of an eco- political register.

“South follows an idea more slowly of the world and, in general terms, the lovers of speed think that the slowness is a synonimous of backwardness, with a cultural dimension still imperfect”. (Franco Cassano)

“I could summarise my work as something unfolding along a coastline. On one side, there’s the open sea with all conflicts of the theme of Avventura (travels, exchanges, diasporas, myths and fictions) and, on the other, the Giardino as a symbol of human control and impact on the land. That’s why the shore is a recursive point of arrival or departure for me”. (Renato Leotta)