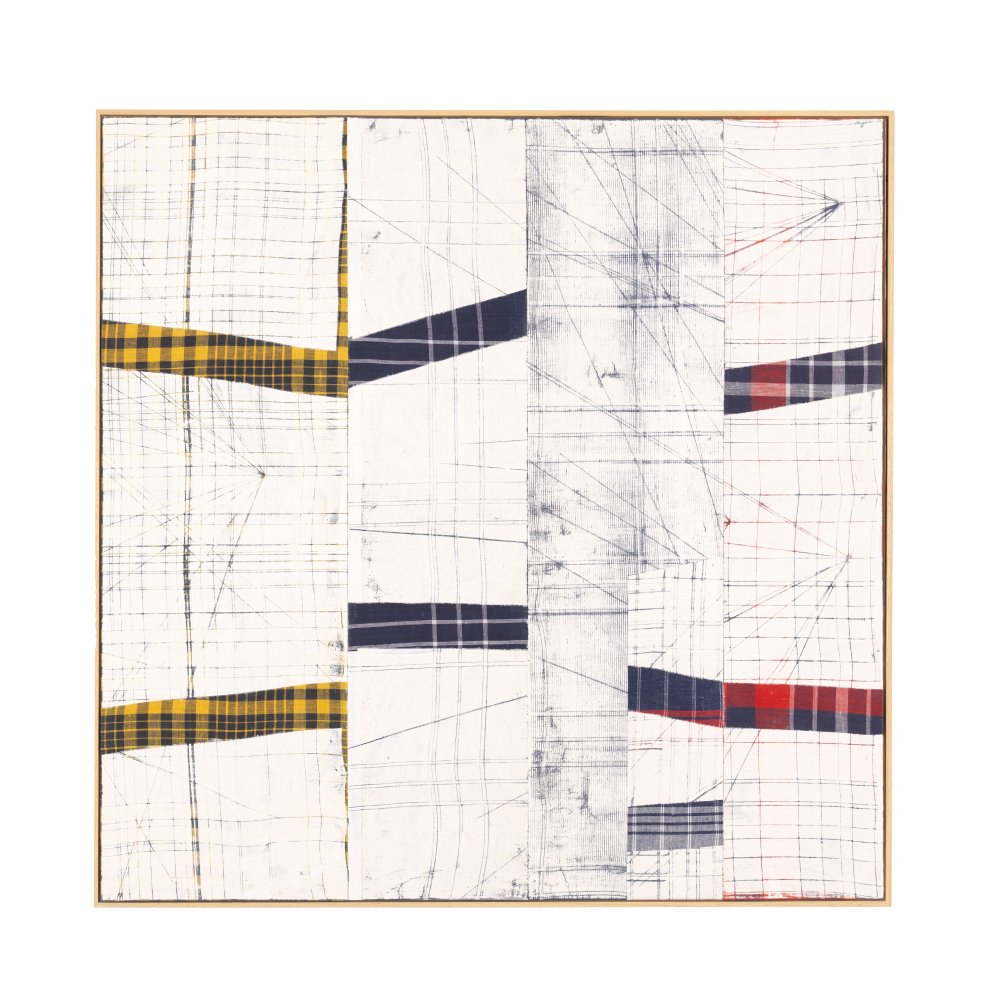 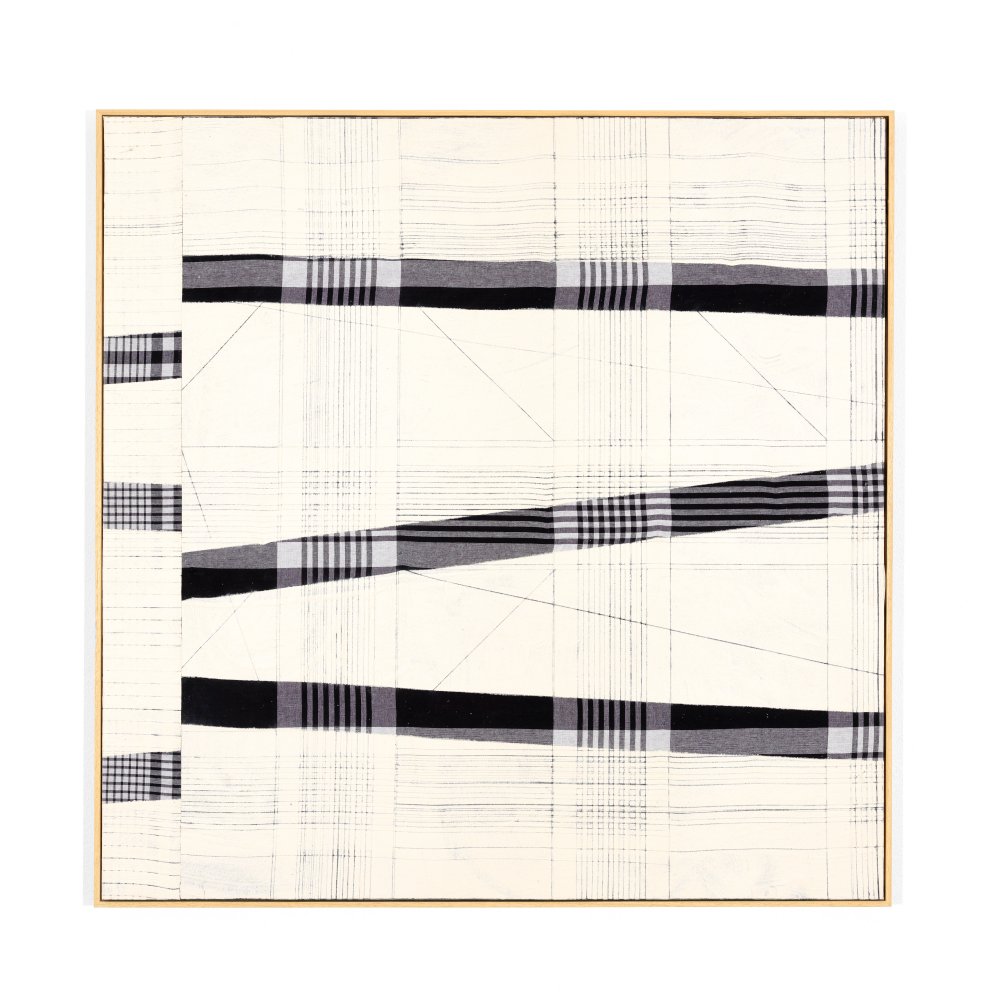 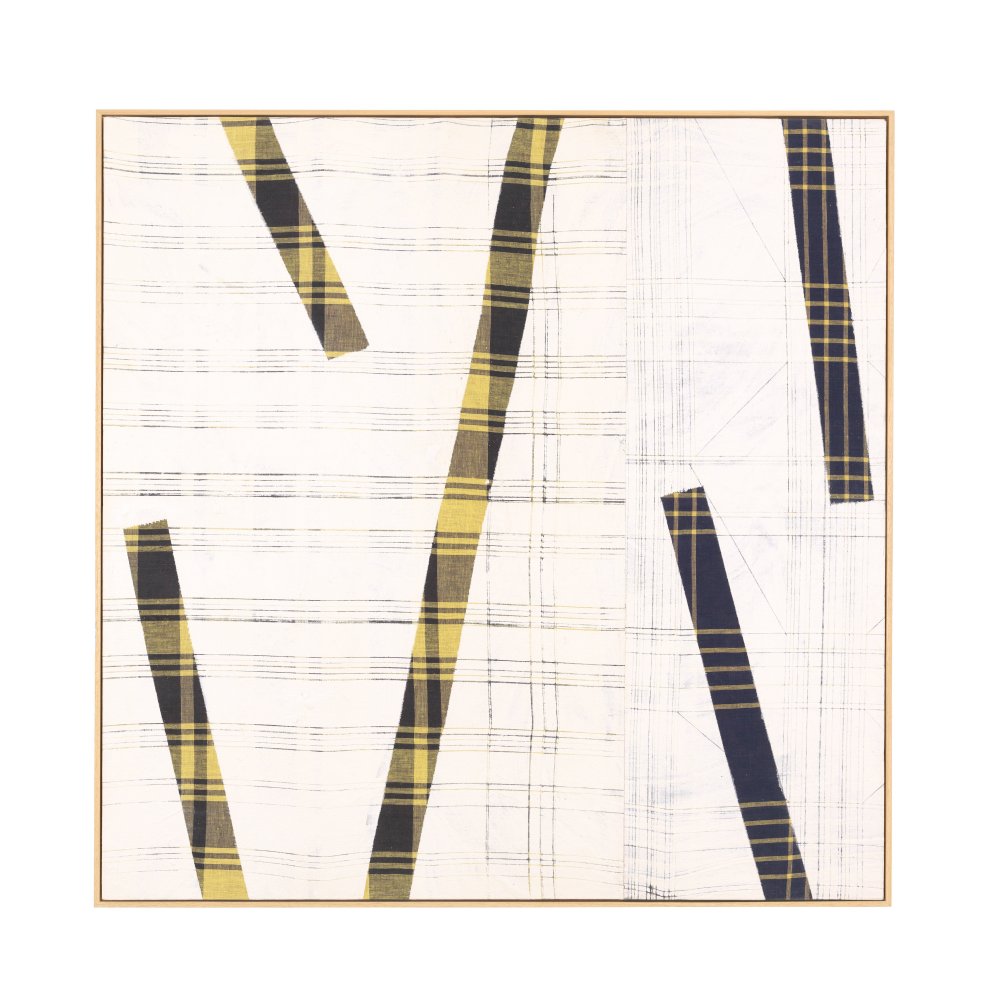 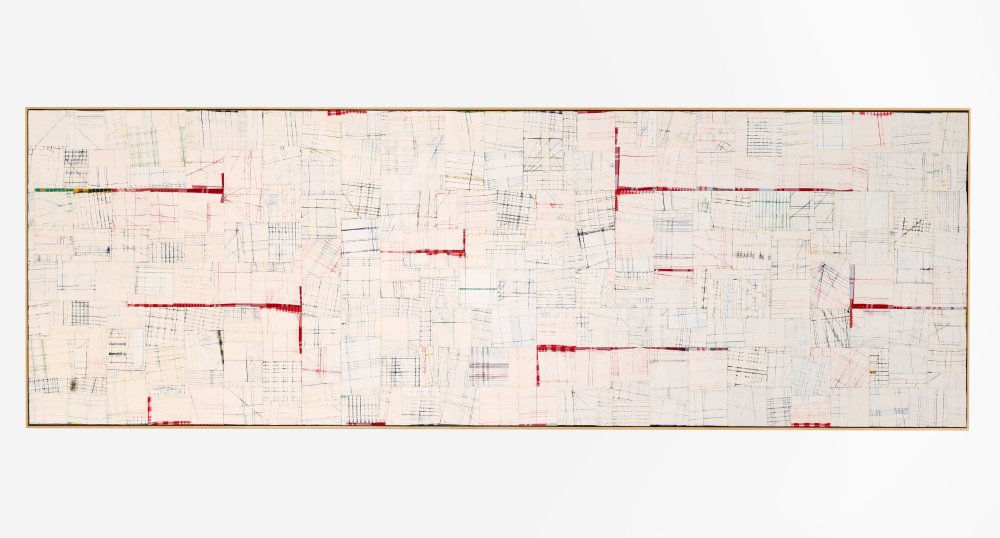 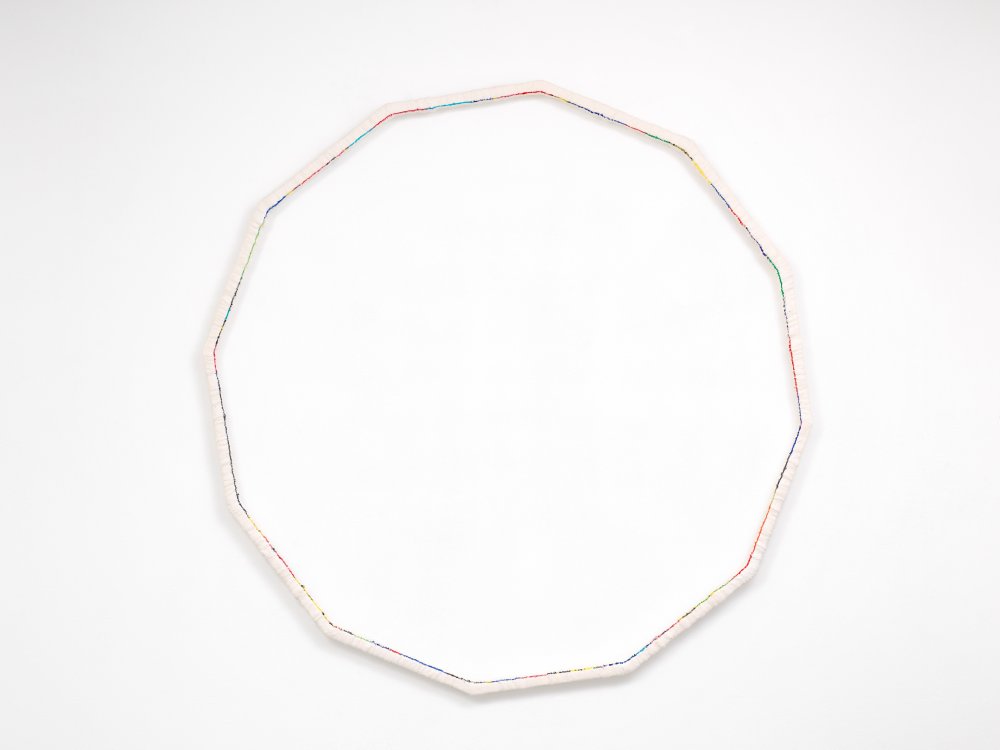 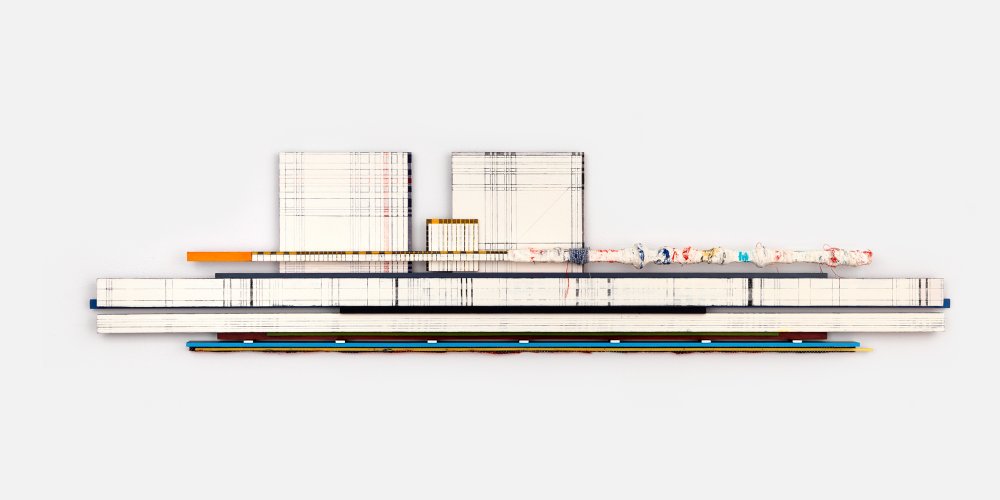 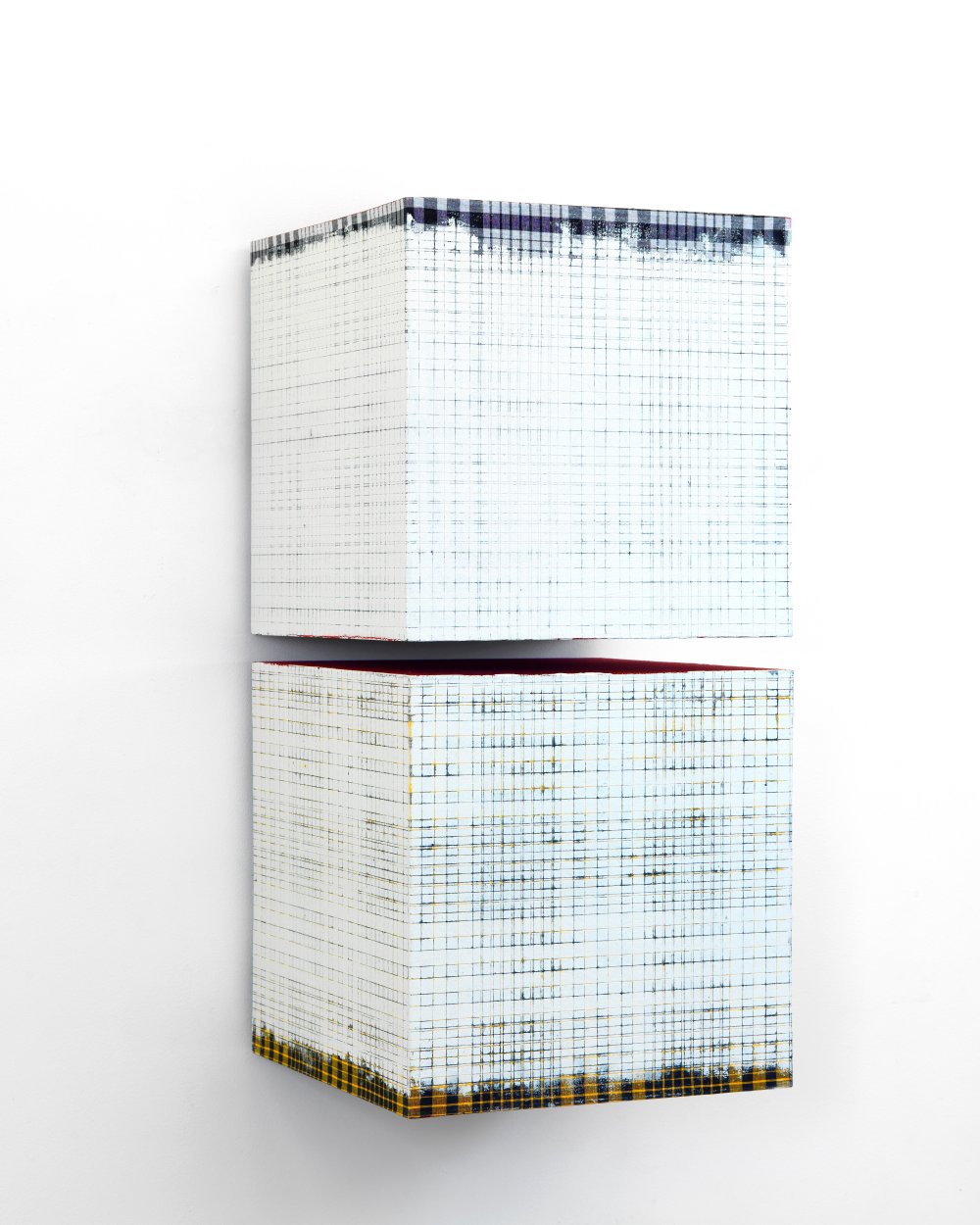 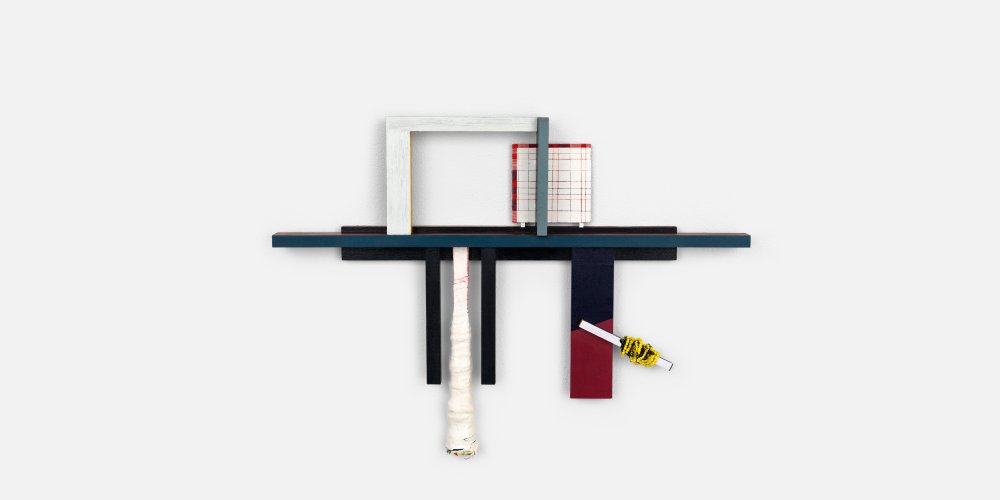 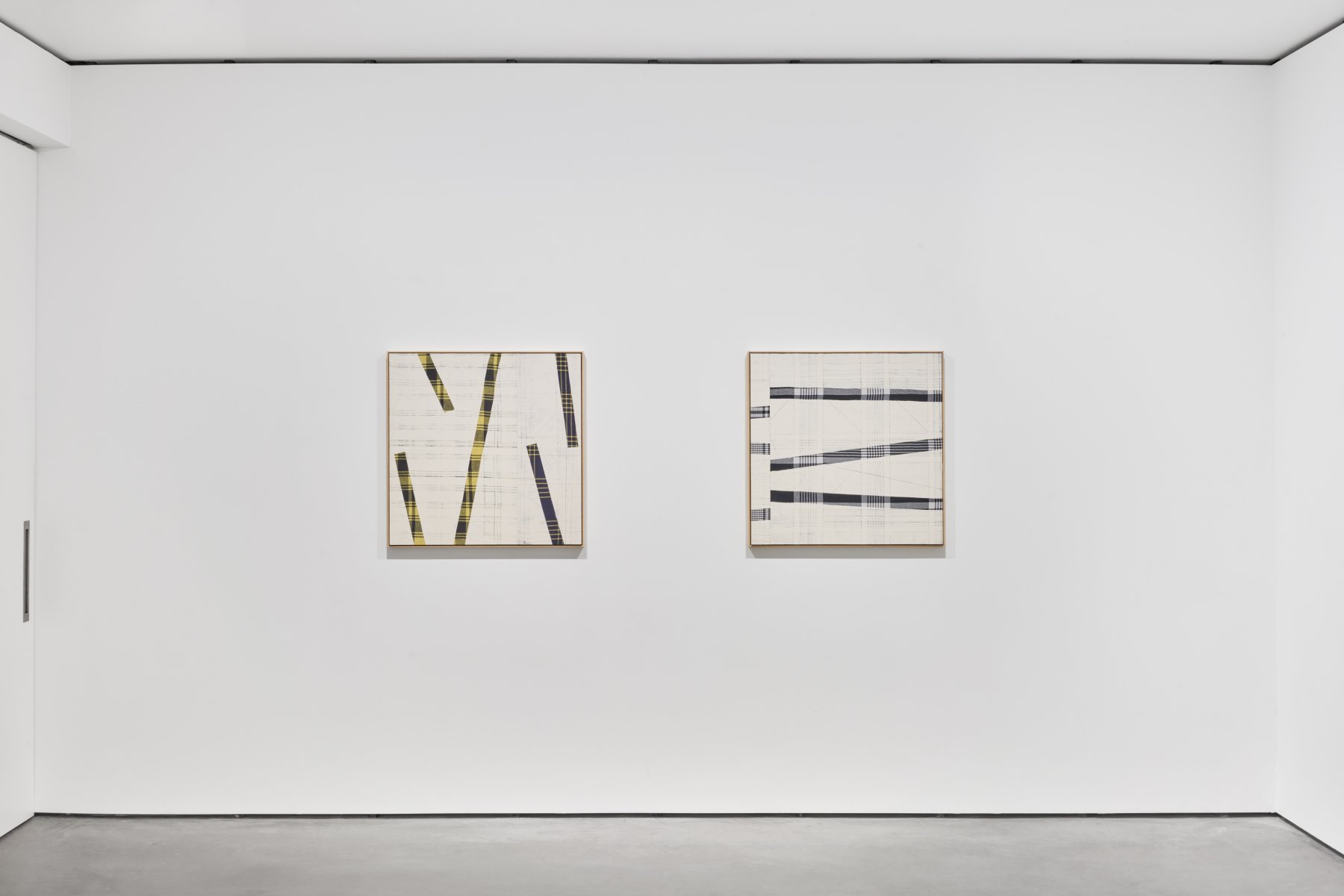 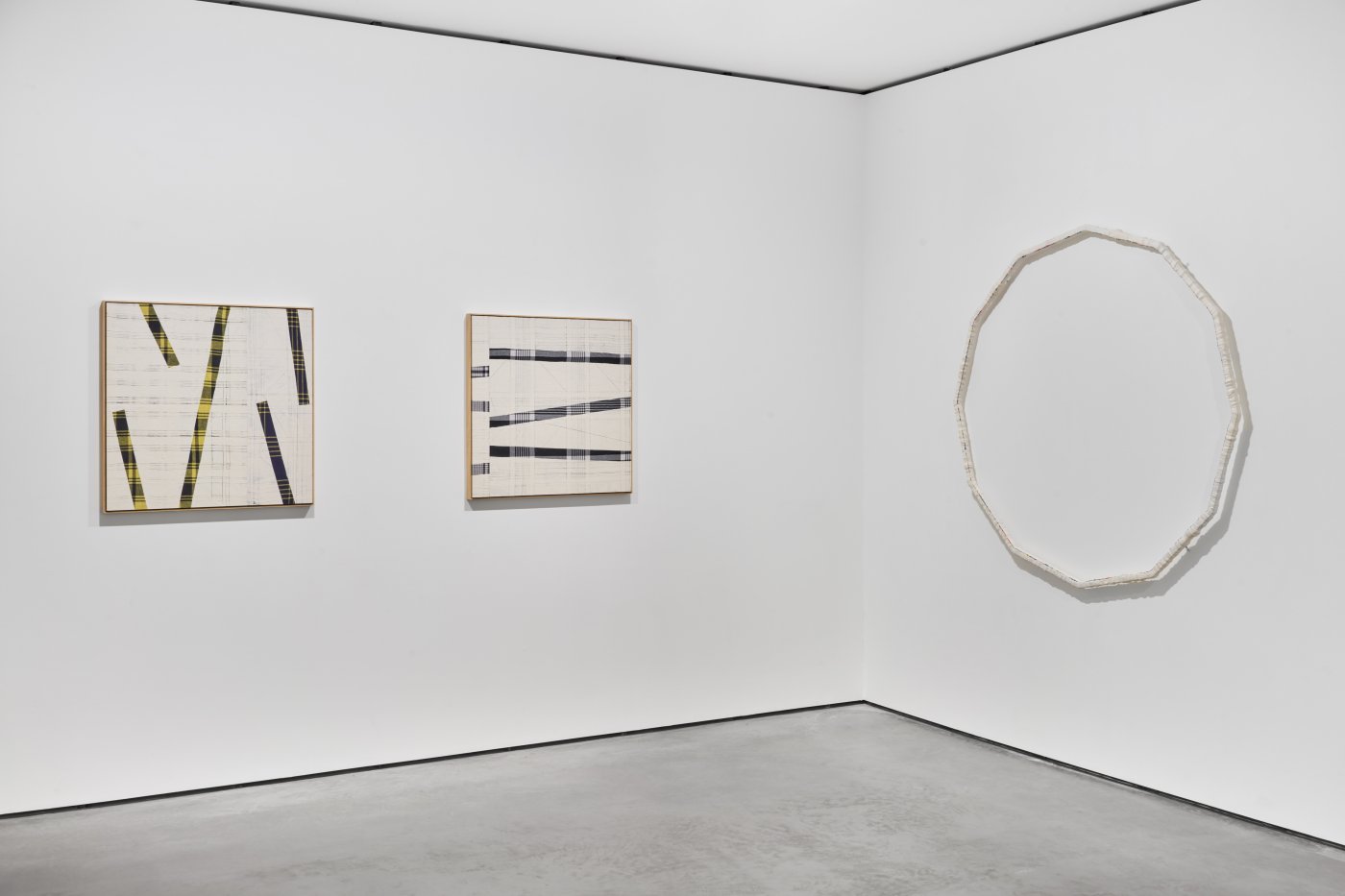 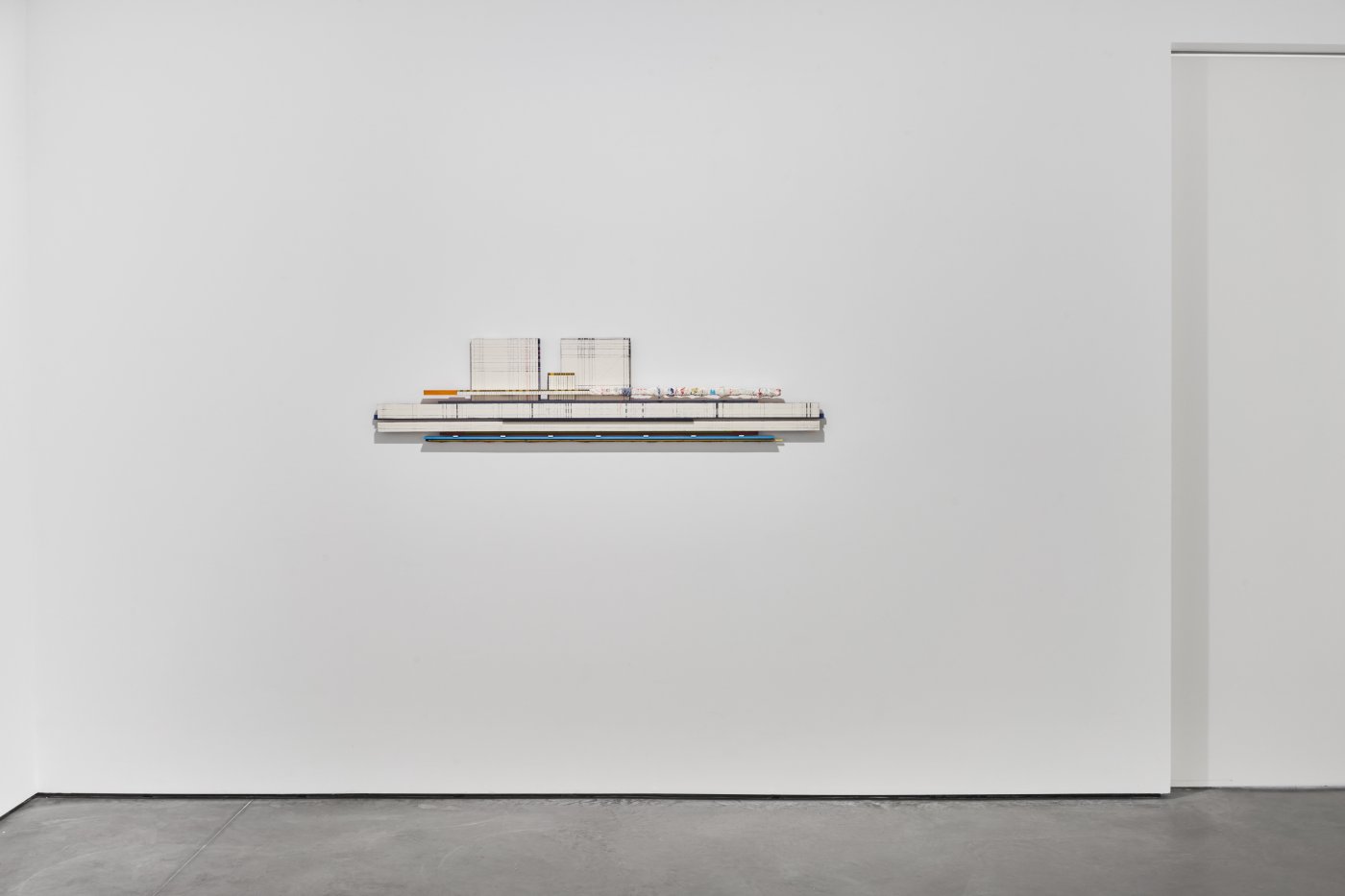 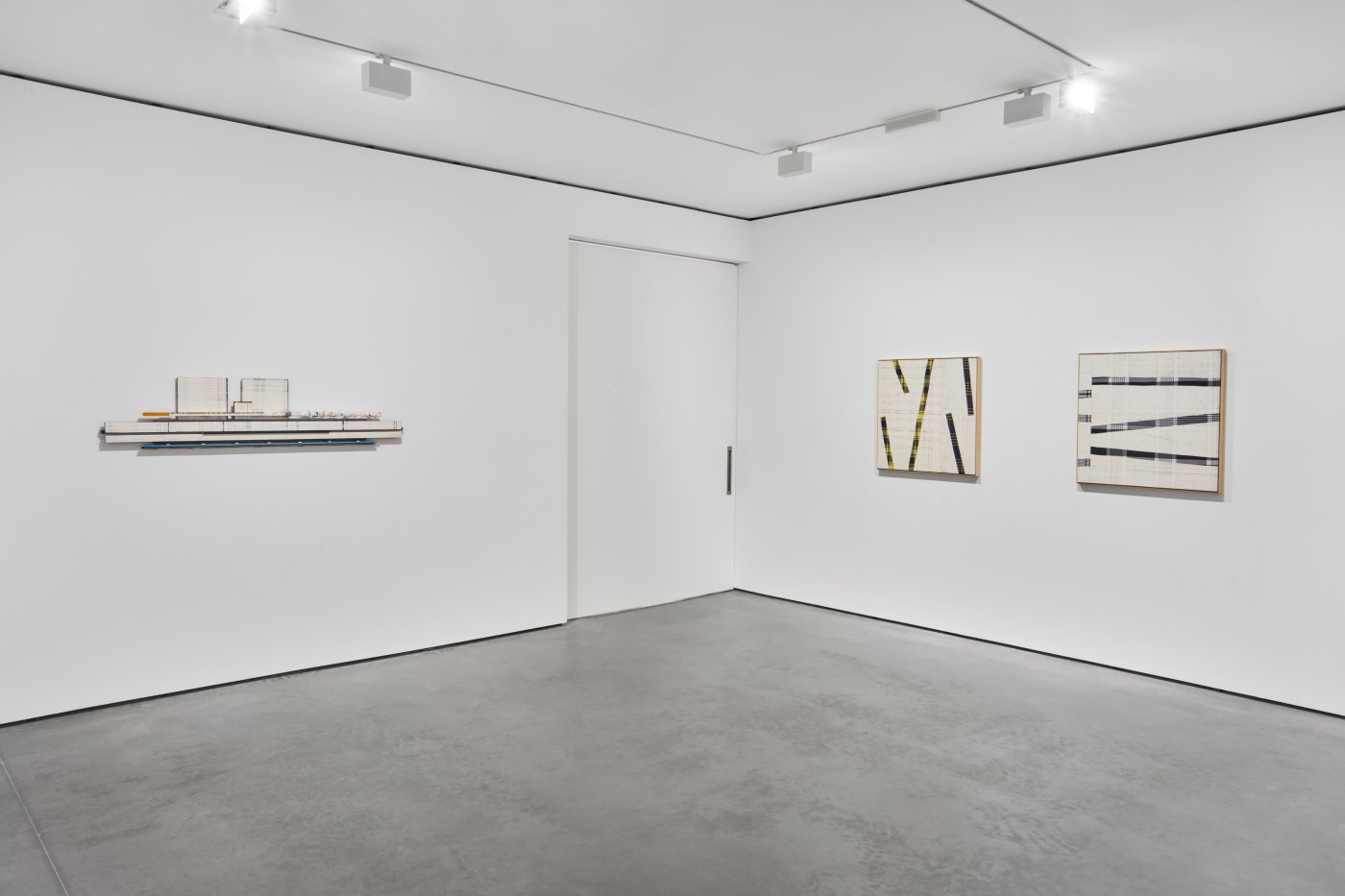 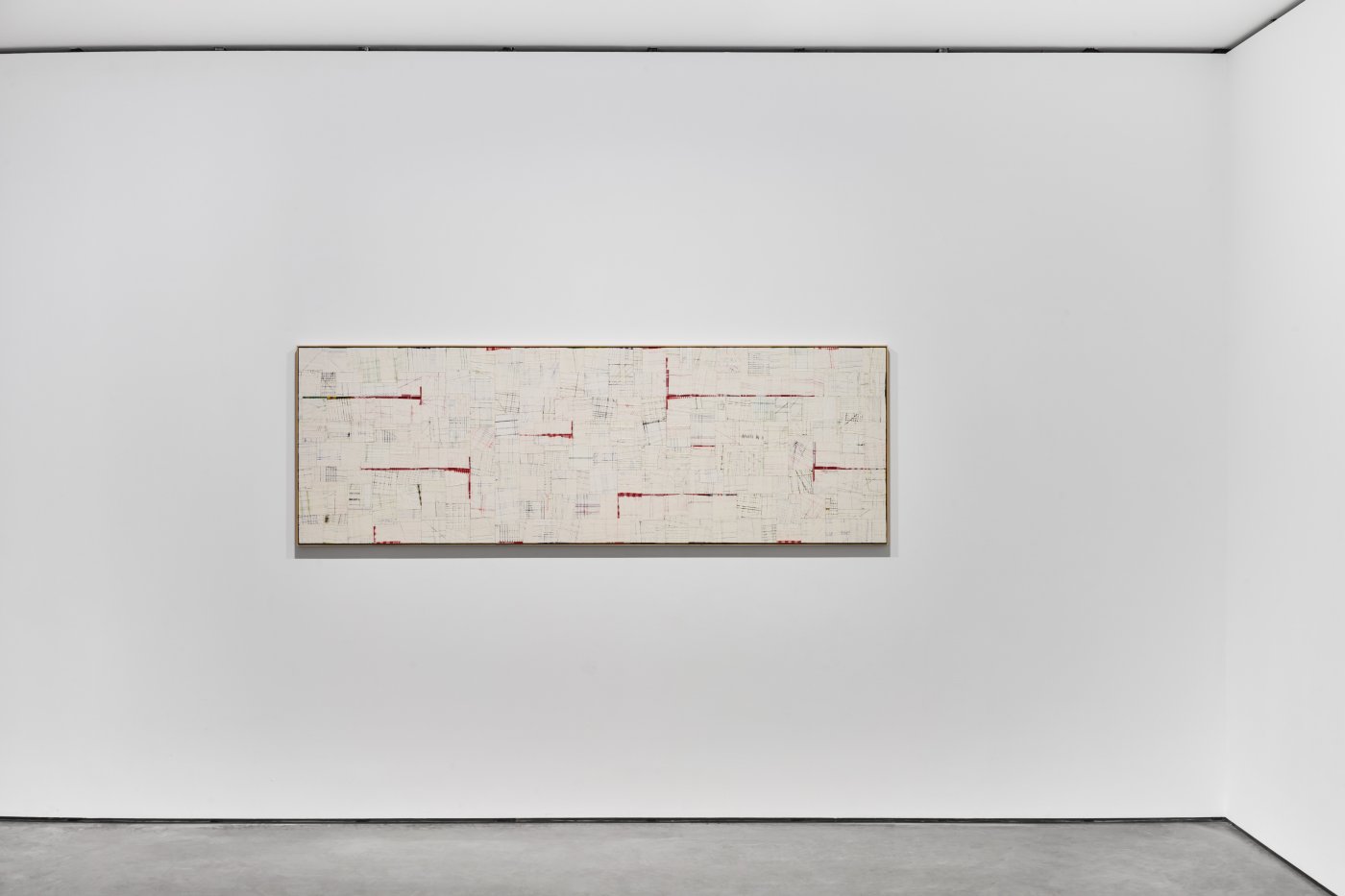 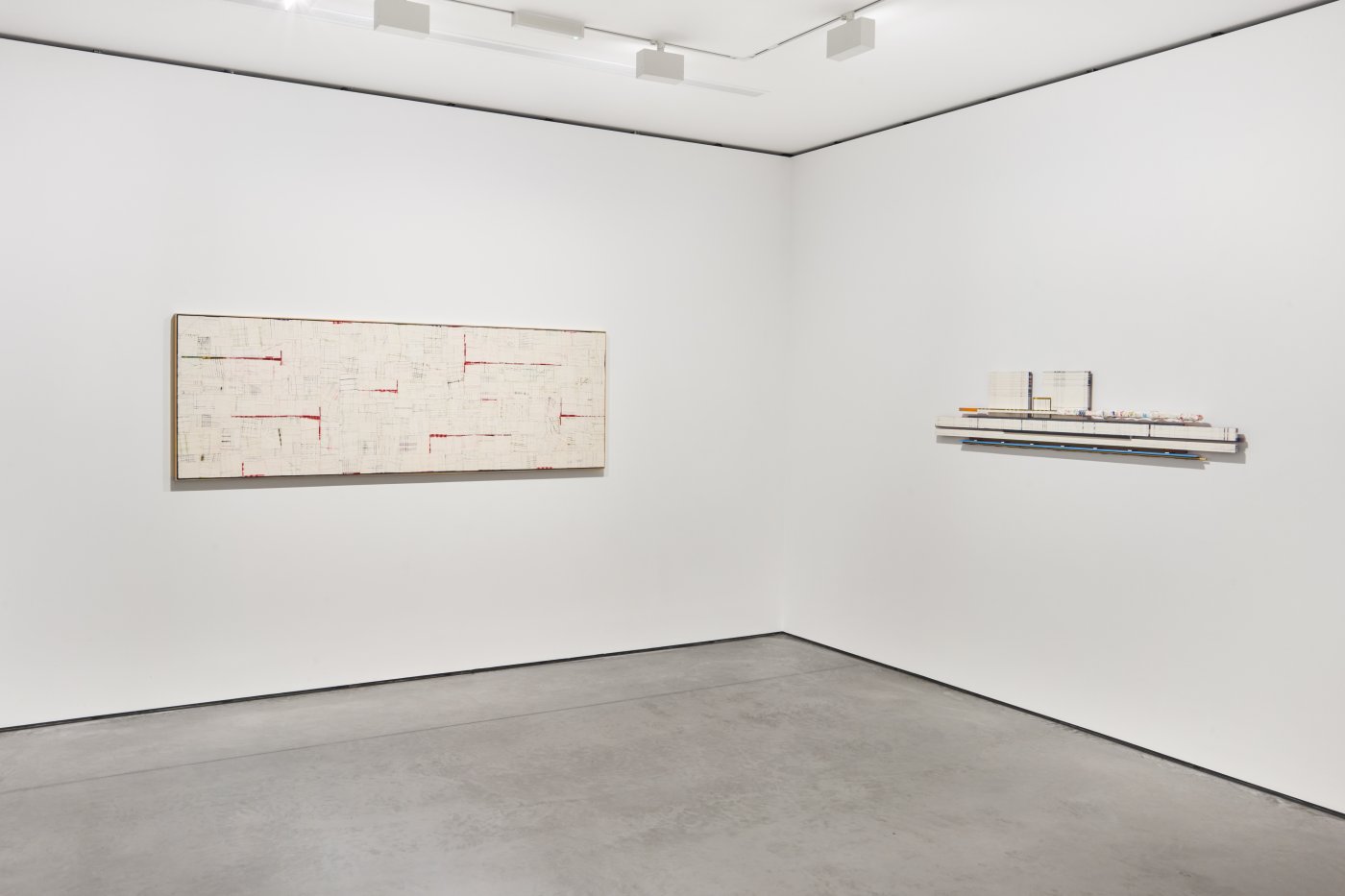 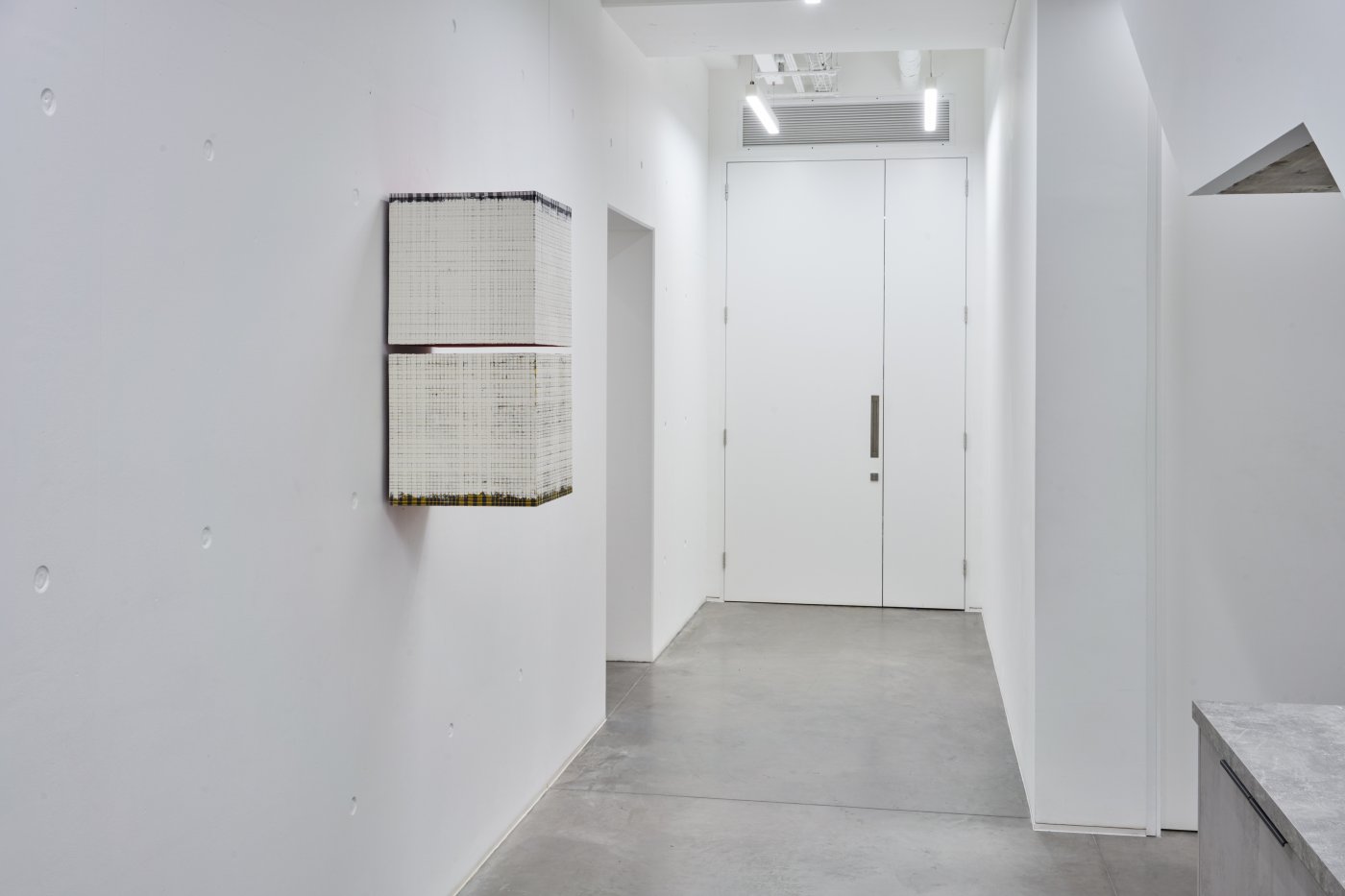 Fault Lines directly follows a major survey exhibition at The Stedelijk Museum Amsterdam for Jungerman, who is widely recognised as one of the Netherlands’ most important artists having co-represented his country at the 58th Venice Biennale in 2019.

Jungerman is part of a generation of Afro-Dutch artists whose practice challenges and destabilises Western art historical narratives. By initiating a dialogue between abstract geometric patterns drawn from a multiplicity of visual traditions, the artist presents a peripheral vision that can inform and enrich perspectives on art history.

Born in Suriname, the former Dutch colony in South America, Jungerman is a descendant, on his mother’s side, of the Surinamese Maroons who escaped enslavement on Dutch plantations to establish self-governed communities in the Surinamese rainforest. Jungerman honours his indebtedness to the culture of the Maroons through the act of creating.

Across his practice, Jungerman draws parallels between the geometric patterns of textiles indigenous to Maroon culture and to Modernism, particularly the Dutch strain epitomized by Piet Mondrian. Connecting, juxtaposing or contrasting cultures is intrinsic to his pursuit of an autonomous visual language, which deftly interweaves the cultures of the countries that define him: Suriname, the Netherlands and the United States.

The dodecagons—abstracted snakes— serve a protective function. These sculptures reference Dagwé – one of the Winti Earth gods from the Afro-Surinamese religion – who manifests himself as a boa constrictor. Dagwé serves a role similar to that of a ritually blessed Prasara sibi: a reed broom secured at intervals with red, blue, and white ribbon which many Afro-Surinamese people place above their front doors to ward off negative energies.

Jungerman’s horizontal works are inspired by the personal spaces where Winti devotees commune with their spiritual entities. Horizontals are composed of slats of varying length, width, and color, stacked atop one another or attached with small gaps in between. No matter the variety of additional elements or seeming randomness of a stack’s composition, the works always manifest balance. This stems from the Winti tradition of striving to achieve balance with one’s surroundings.

Jungerman’s panels come in various sizes and initially suggest paintings, but they are not. The panels are wooden and wrapped in plaids British-Ghanaian poet Victoria Adukwei Bulley of various colours before covering them in kaolin. In the ongoing series he made in 2020 and 2021, Jungerman adopts a collage-like approach, gluing strips of kaolintreated fabric to a primed surface. Each strip seems to evoke the next, yielding a rhythmic pulse reminiscent of the repeating sound patterns of the Agida drum—used in Winti rituals— or jazz.

Jungerman’s cube works differ in size, in the number of stacked cubes, in the way the gap is filled, and in the extent to which the kaolin is treated or modified. The process of making these works is a ritual act: he sometimes encloses pieces of fabric in a cube, other times memories or emotions. Despite the austere geometric form of these works, they also include substantive references. The nails symbolize spiritual power, the bottles and shards from a broken gin jar refer to libations.

*The title of the exhibition, Fault Lines, refers to the tension that occurs when two materials are brought together that challenge the strict grid lines between textile and kaolin clay, causing cracks to appear.