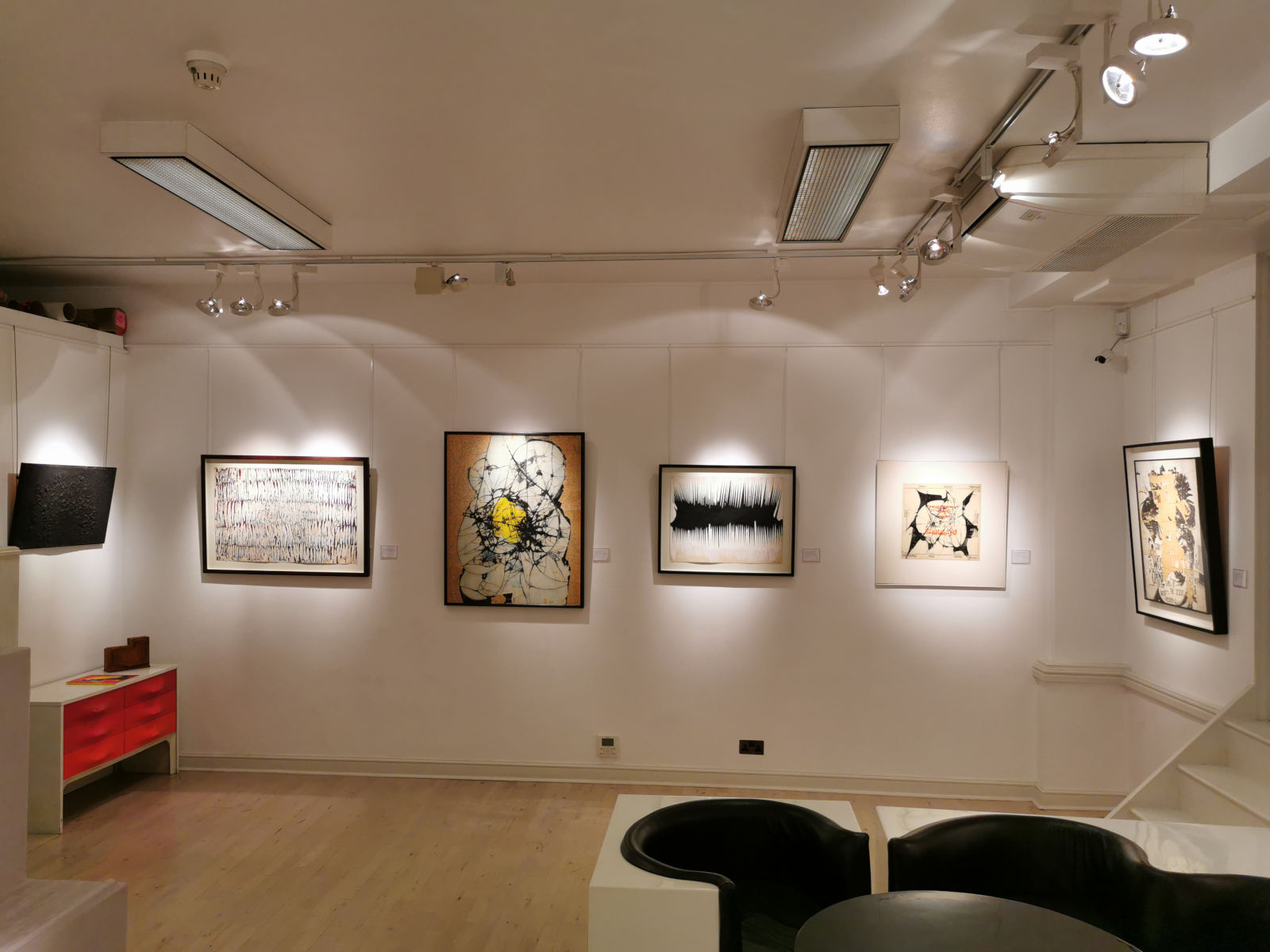 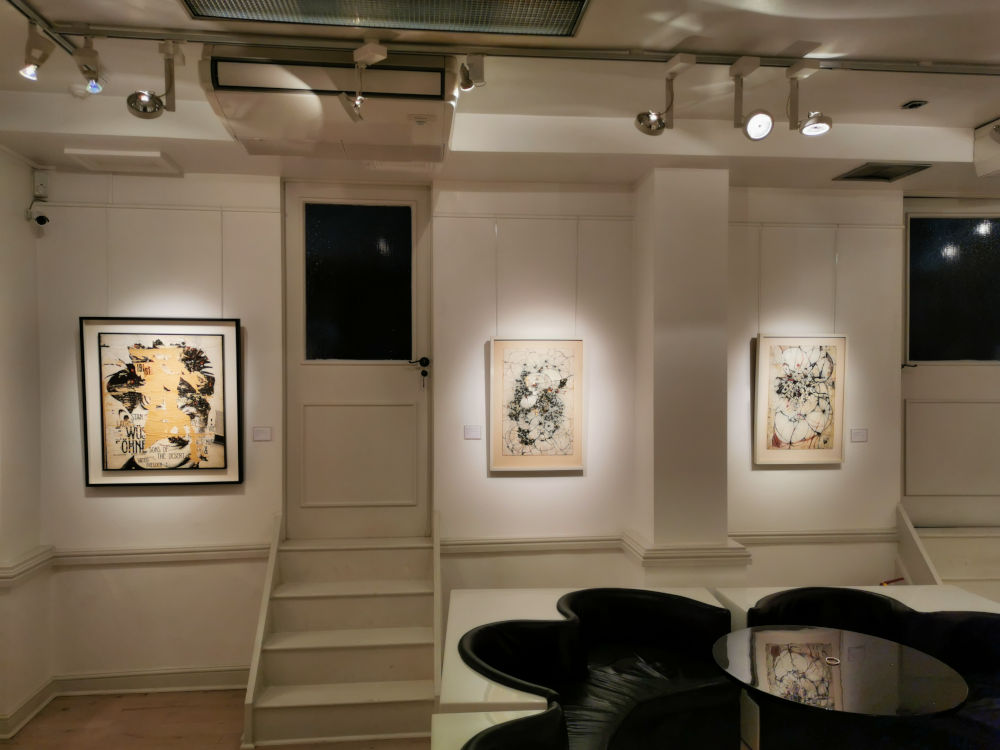 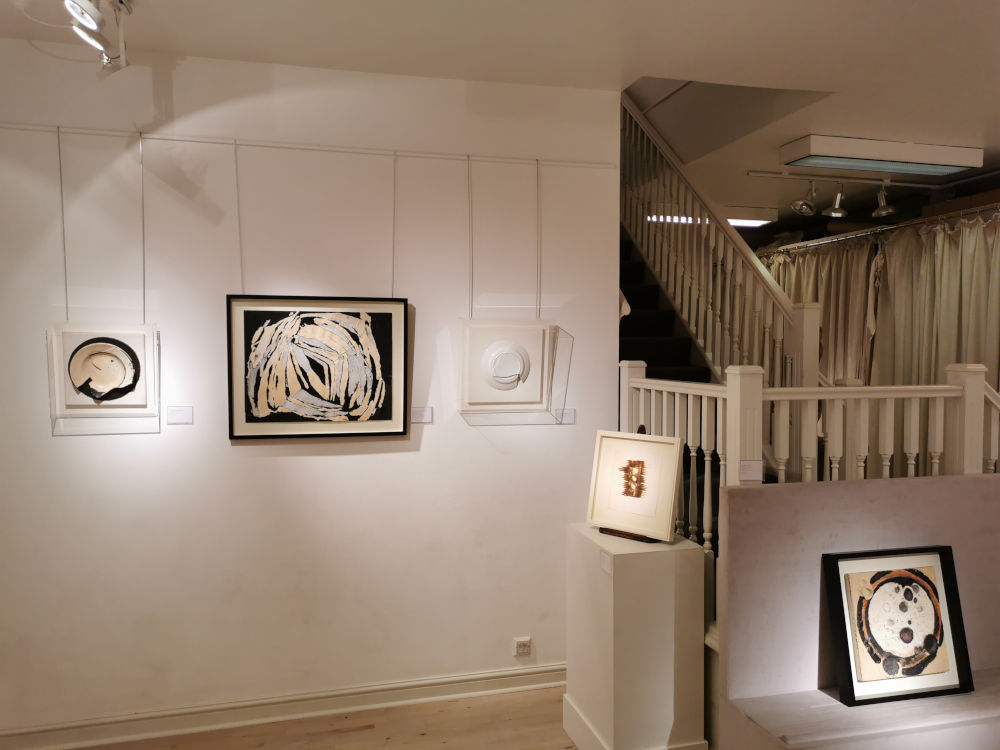 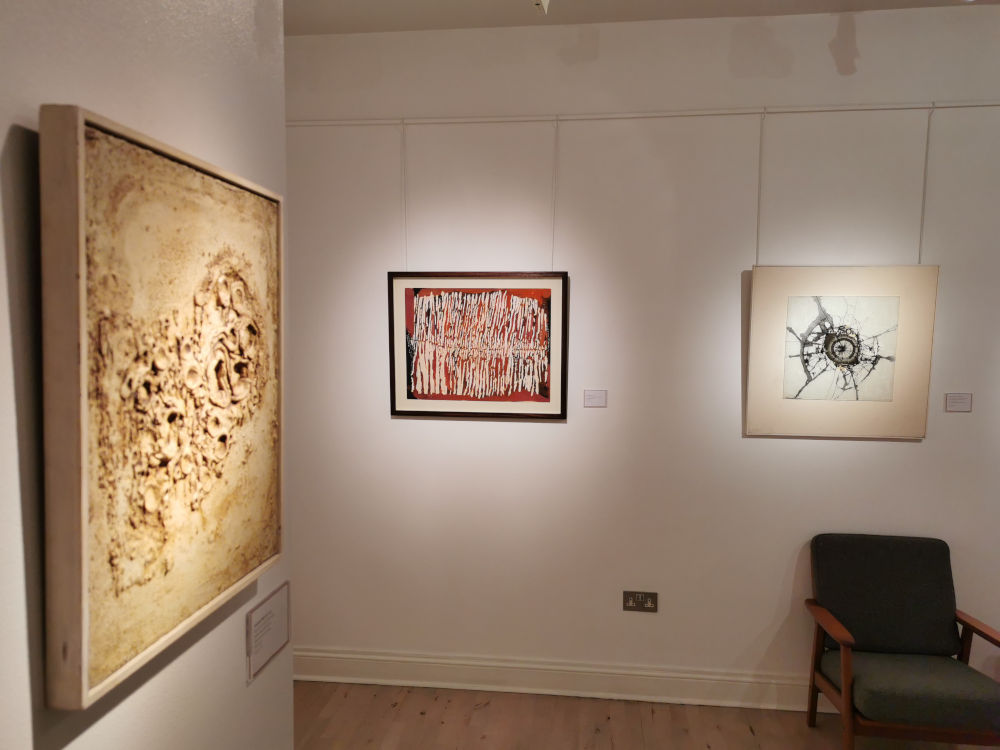 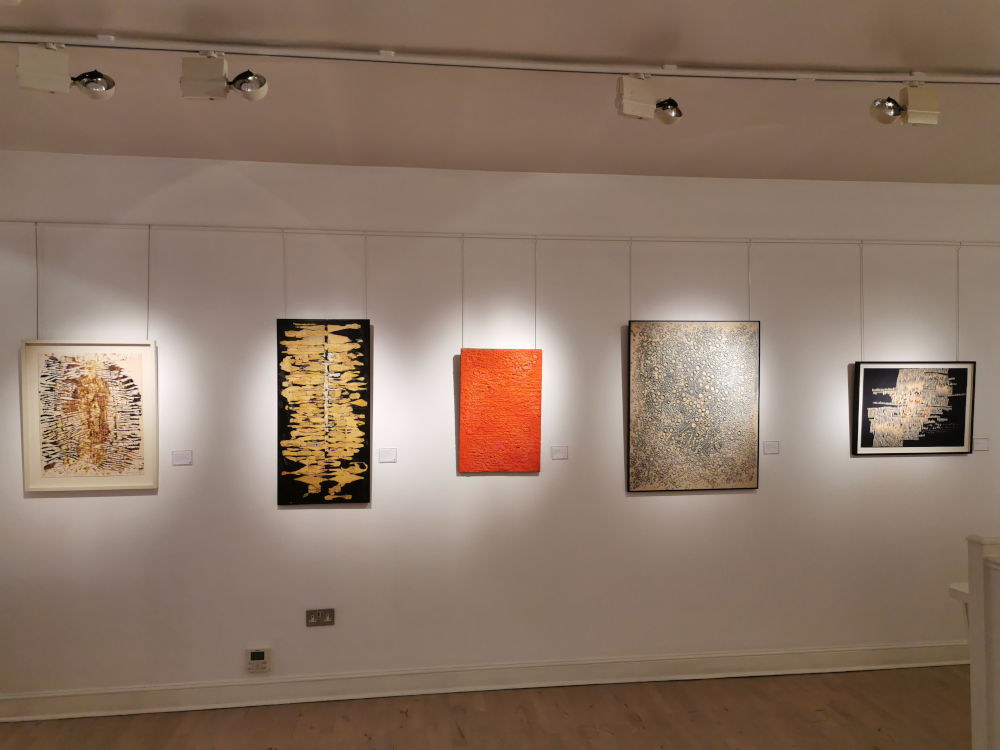 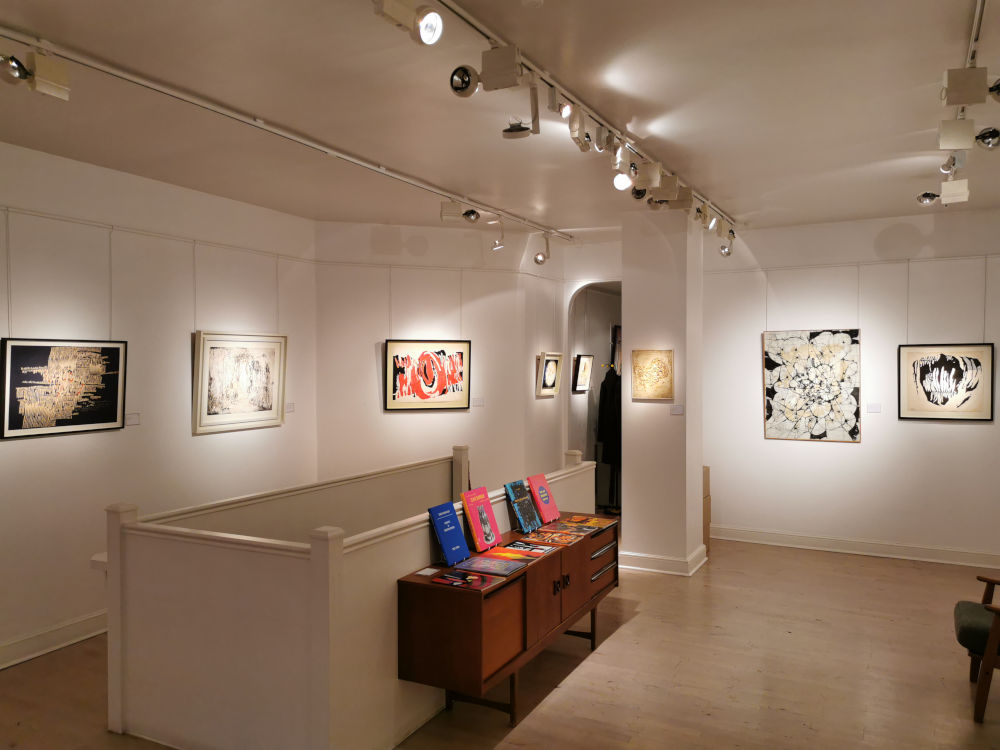 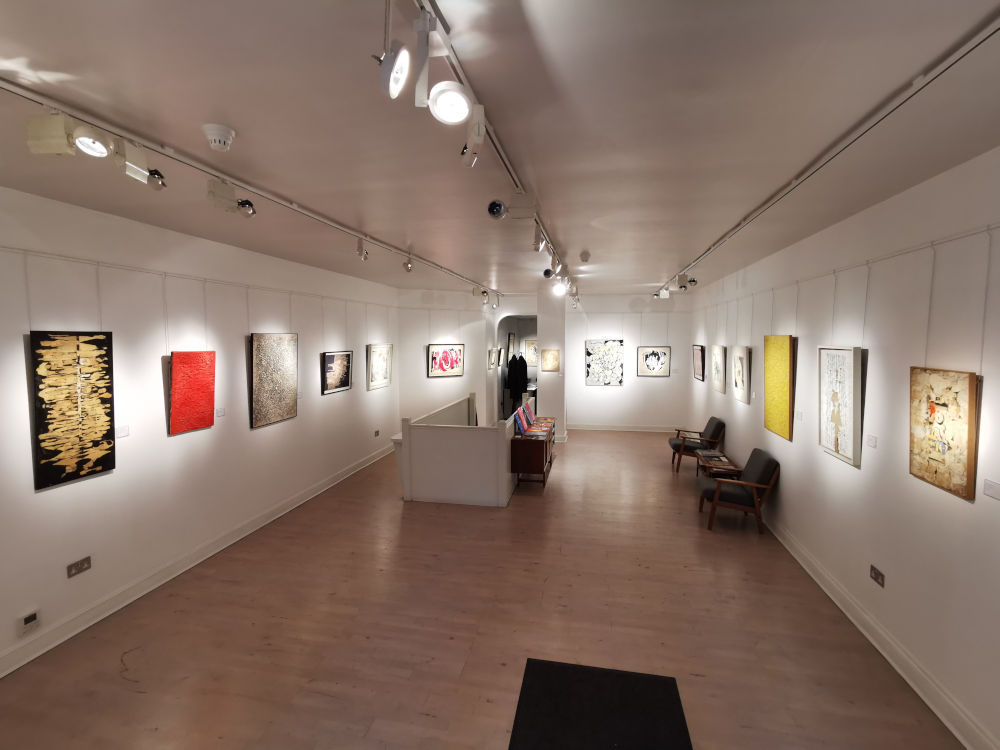 In the few years between the Second World War and his sudden death in 1970, Reinhold Koehler developed an immense body of artistic work, dedicated to his principle of décollage. Both he and his art belong to the Rhine-Westphalia lands of Germany, where the Düsseldorf ‘Gruppe 53’ came to prominence in 1956, practicing ‘Informel’, using the Tachist and gestural styles. Nowhere else in Germany was there an artistic concentration of this kind. The movement included painters such as Peter Brüning, Karl Fred Dahmen, Albert Fürst, Herbert Götzinger, Gerhard Hoehme, Hahn Trier, Otto Piene and Heinz Mack. It was also during this time that Gerhardt Richter came over from Eastern Germany to be able to paint freely. He practiced Tachism, then a form of Pop Art before turning to his trade-mark style of blurry press-photographs.

Amidst this buoyant artistic scene, Koehler was a lone wolf. He had invented the technique of ‘décollage’ and used it as early as 1948, ten years before the Neo-Dadaists. On the Island of Sylt, Koehler had covered pieces of cardboard with black ink and then started tearing off parts to make visible a form of figuration. His early use of different techniques of manipulating paper were revolutionary: tearing, cutting by knife, scratching by knife or fingers and unravelling.

In 1951, Koehler made his first wrinkled works and during 1956-57, he turned his attention to sand as a material, to create ‘matter’ paintings. In 1958, Koehler had one-man shows in Siegen, Dusseldorf, Kassel and Frankfurt, before moving to Paris. At this time the official naming of his works came into being and were from then on known as: Décollages purs’, ‘Décollages gravés’ and ‘Object décollages’. In 1959, Koehler experimented with fire and made a series of ‘Décollages brûlés’ – paper blackened with the imprint of heated metal, usually forks. The same year, the eminent writer and philosopher Max Bense published a first text about Koehler’s ‘Décollages’.

By 1960, his painting on canvas consisted of ‘Space Fields’ and ‘Thorax Paintings’. The former are areas decked with hollow points, a little like craters of the moon. In fact, from a distance these do have a space-expansion, which almost amounts to optical illusion. The ‘Thorax Paintings’ are Koehler’s approach to the human figure; the space experience is shallower and denser, more like that surrounding sculpture.

During 1963-1964, Koehler covered his collages and décollages with broken glass, which are known as ‘Contra-collages’. Simultaneously, he composed objects from broken plates and bottles. His work was now subject of many one-man shows in Siegen, Wiesbaden, Groningen, as well as the subject of articles by scholarly writers such as Helmut Heissenbüttel, Wilhelm Nettmann and Wieland Schmied.

Between 1965 and his untimely death in 1970, Koehler exhibited worldwide in Prague, Auckland, Casablanca, Bukarest, Zagreb, Stuttgart and Cologne. His unique contribution to art history was recognised during his lifetime. In 1986 the Sprengel Museum, Hannover hosted a retrospective show, which travelled to the Wilhelm-hack-Museum, Ludwigshafen, the Museum moderner Kunst, Palais Liechtenstein, Vienna and the Siegerland-Museum, Siegen.