Timothy Taylor presents Reconfigured, an exhibition featuring ten artists living and working in the United Kingdom, whose work explores perspectives on the body and figure. Together, their works reveal how a new generation of artists in the U.K. is challenging visual traditions and cultural assumptions surrounding the depiction of the body. The exhibition is held in a temporary space located at 518 West 19th Street, NY, directly across the street from Timothy Taylor New York. 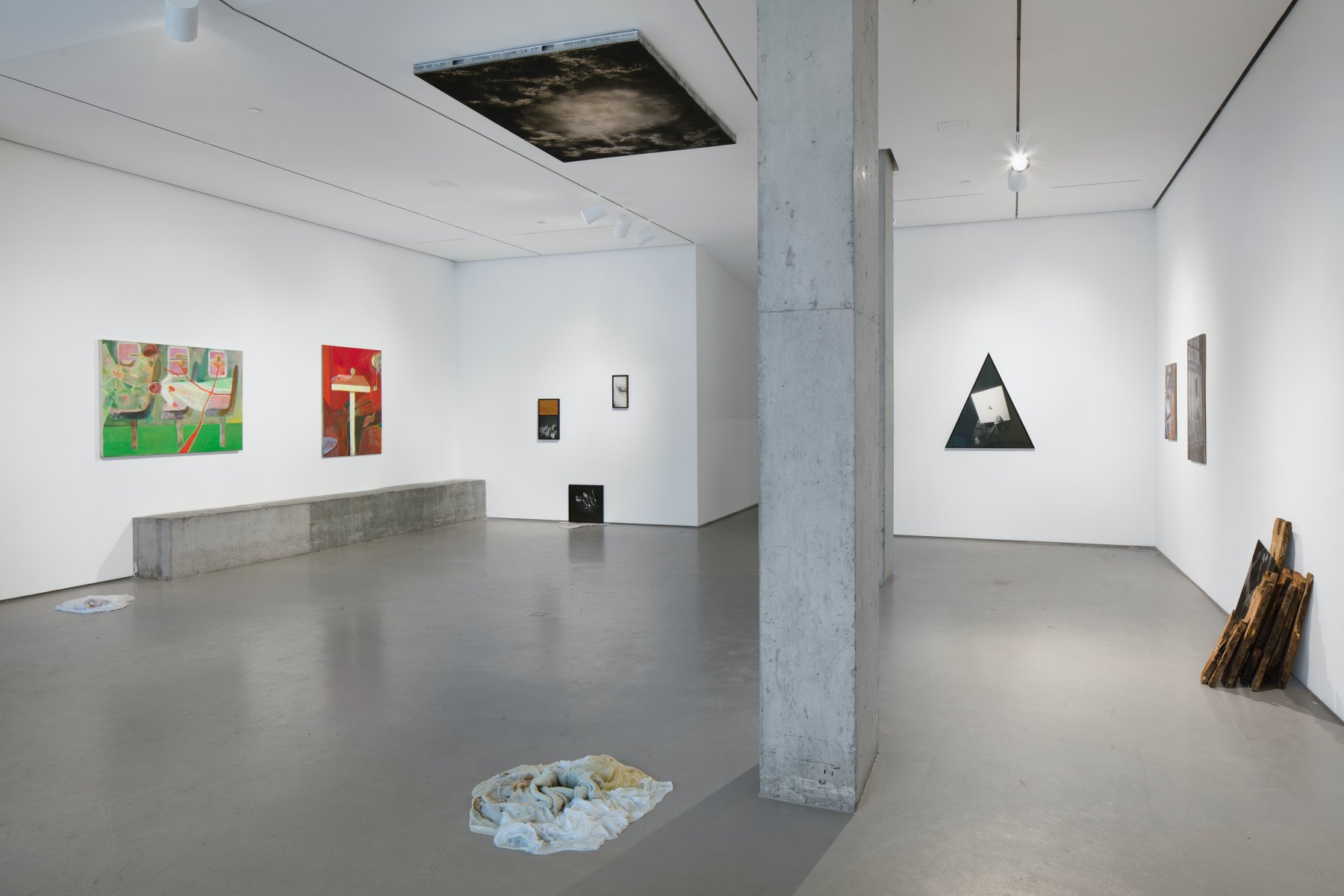 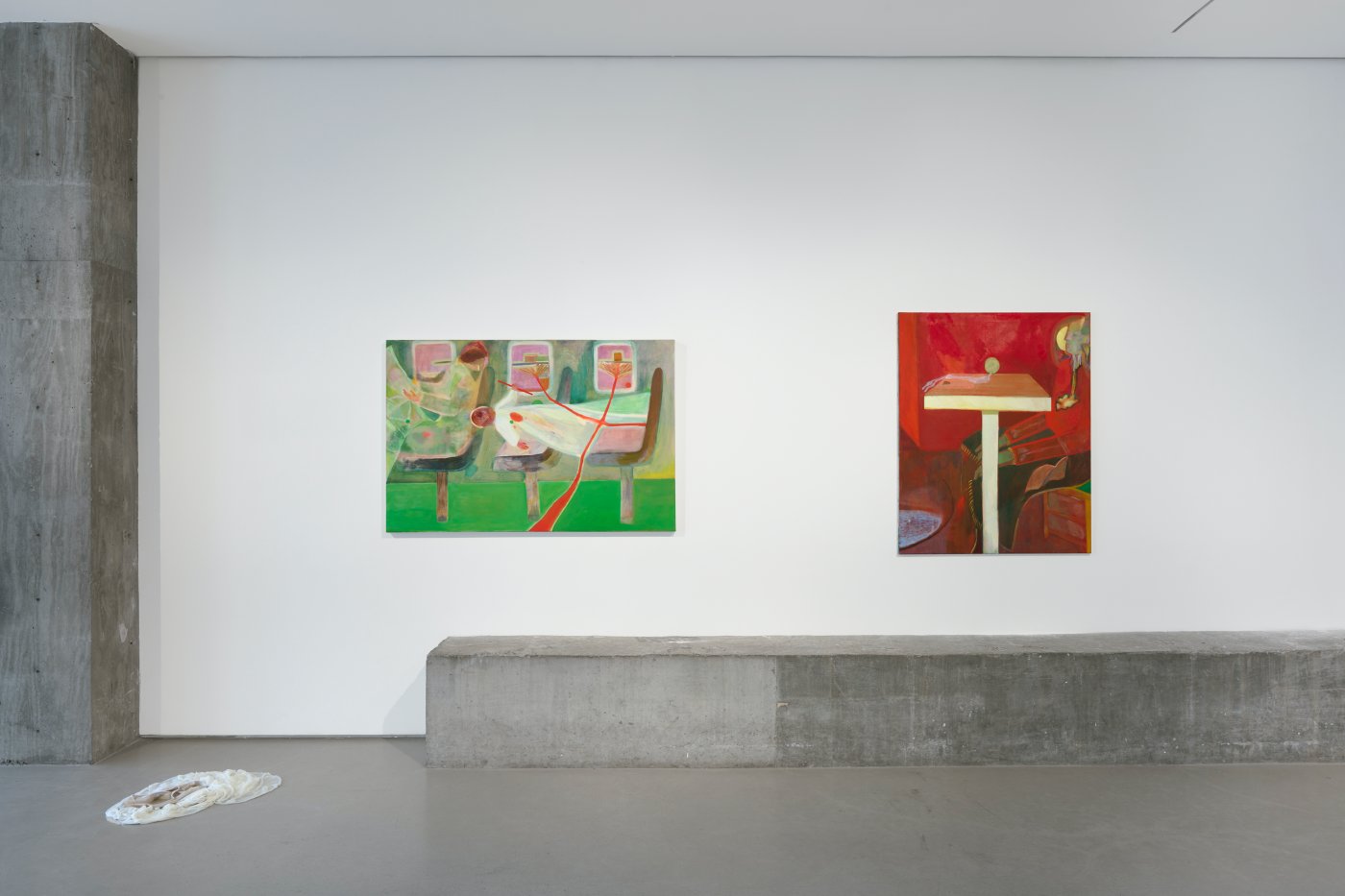 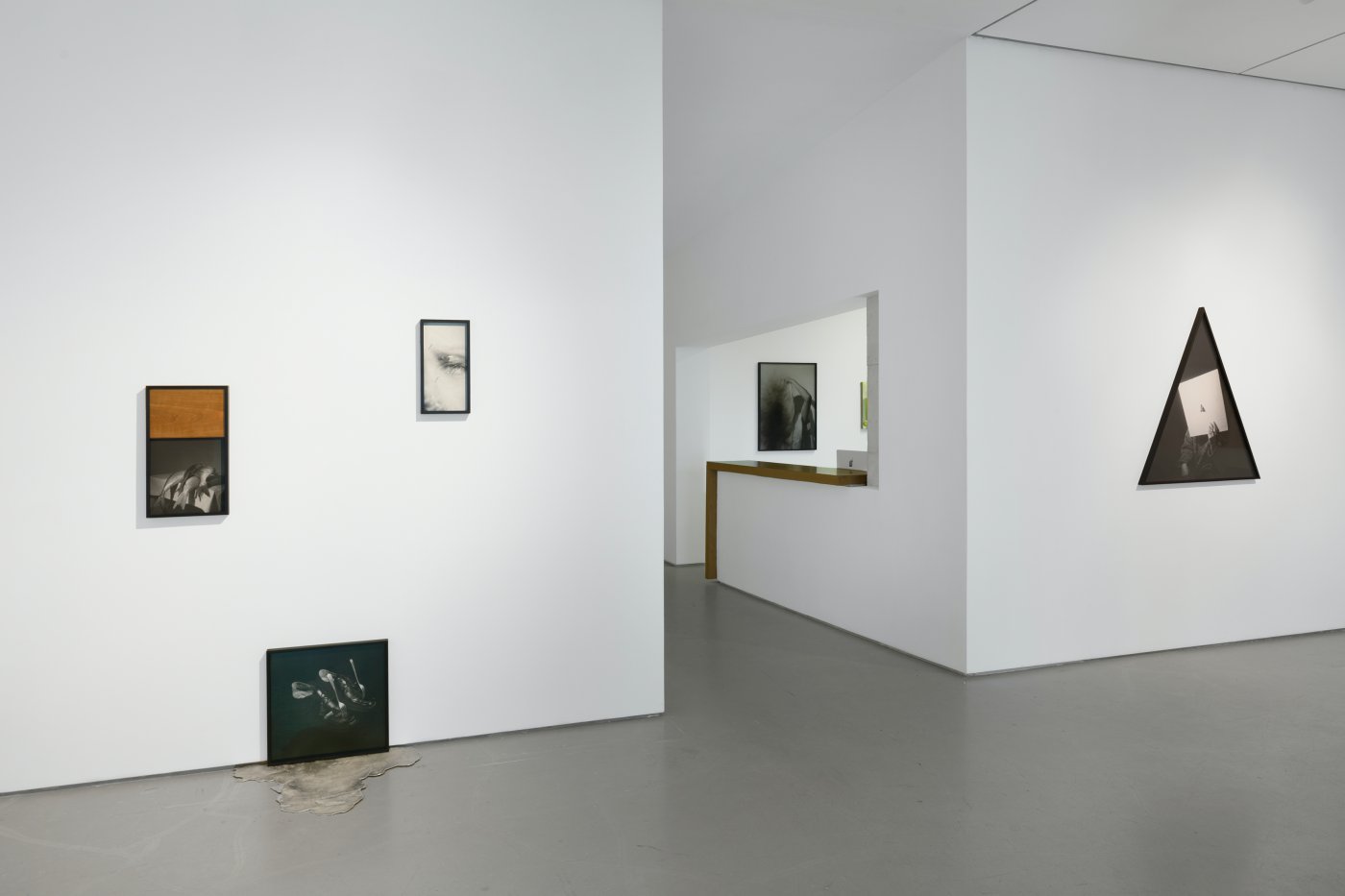 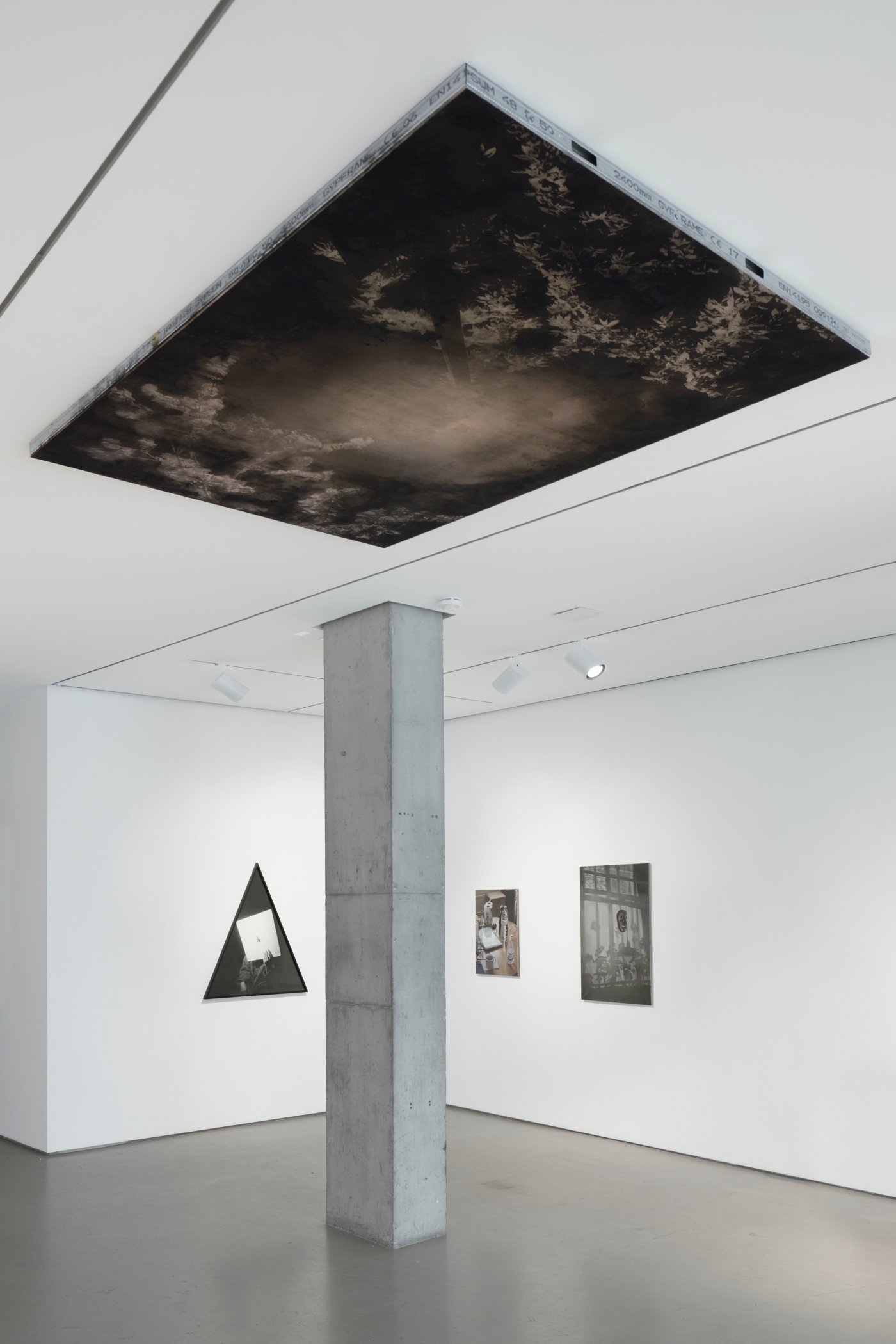 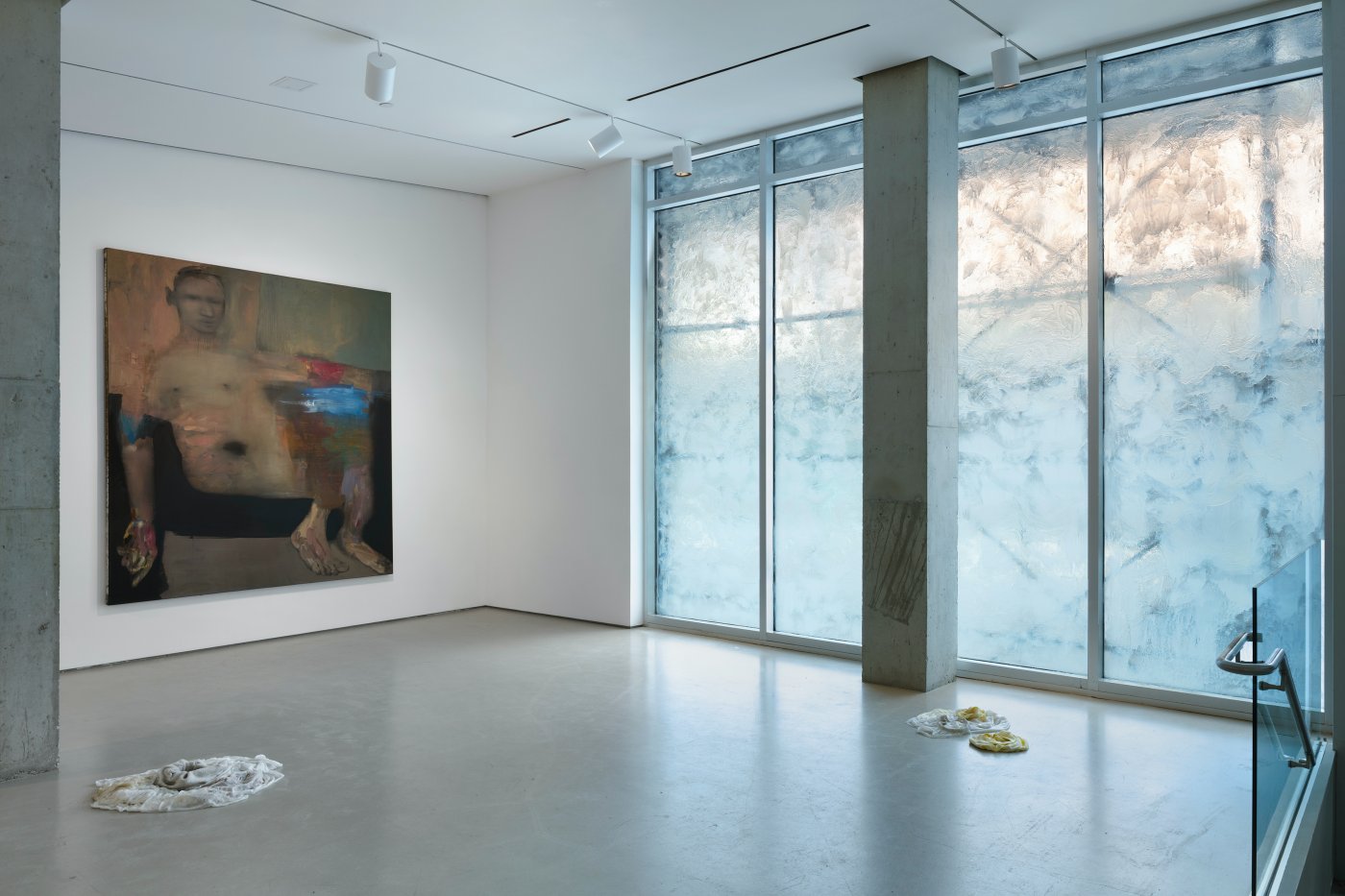 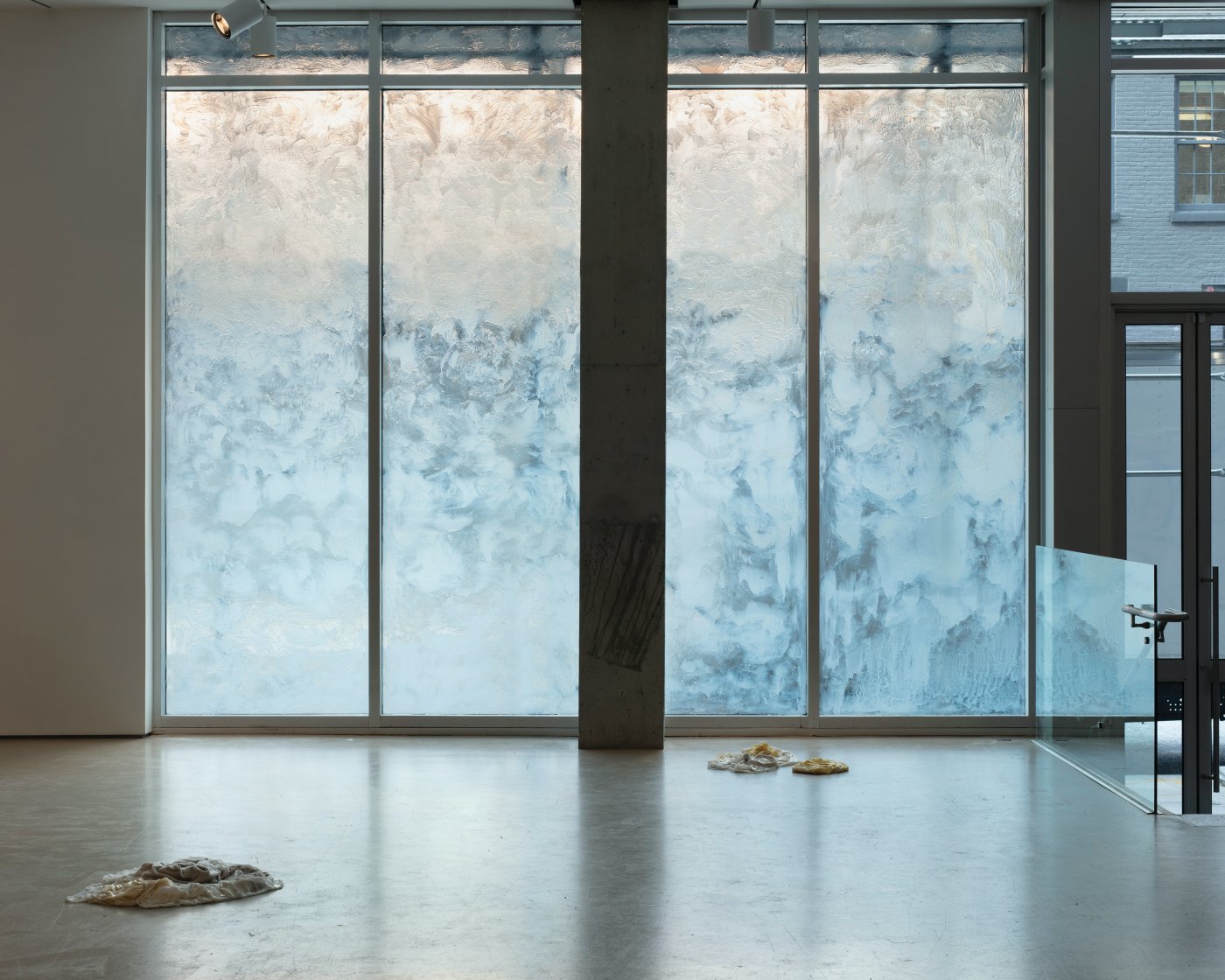 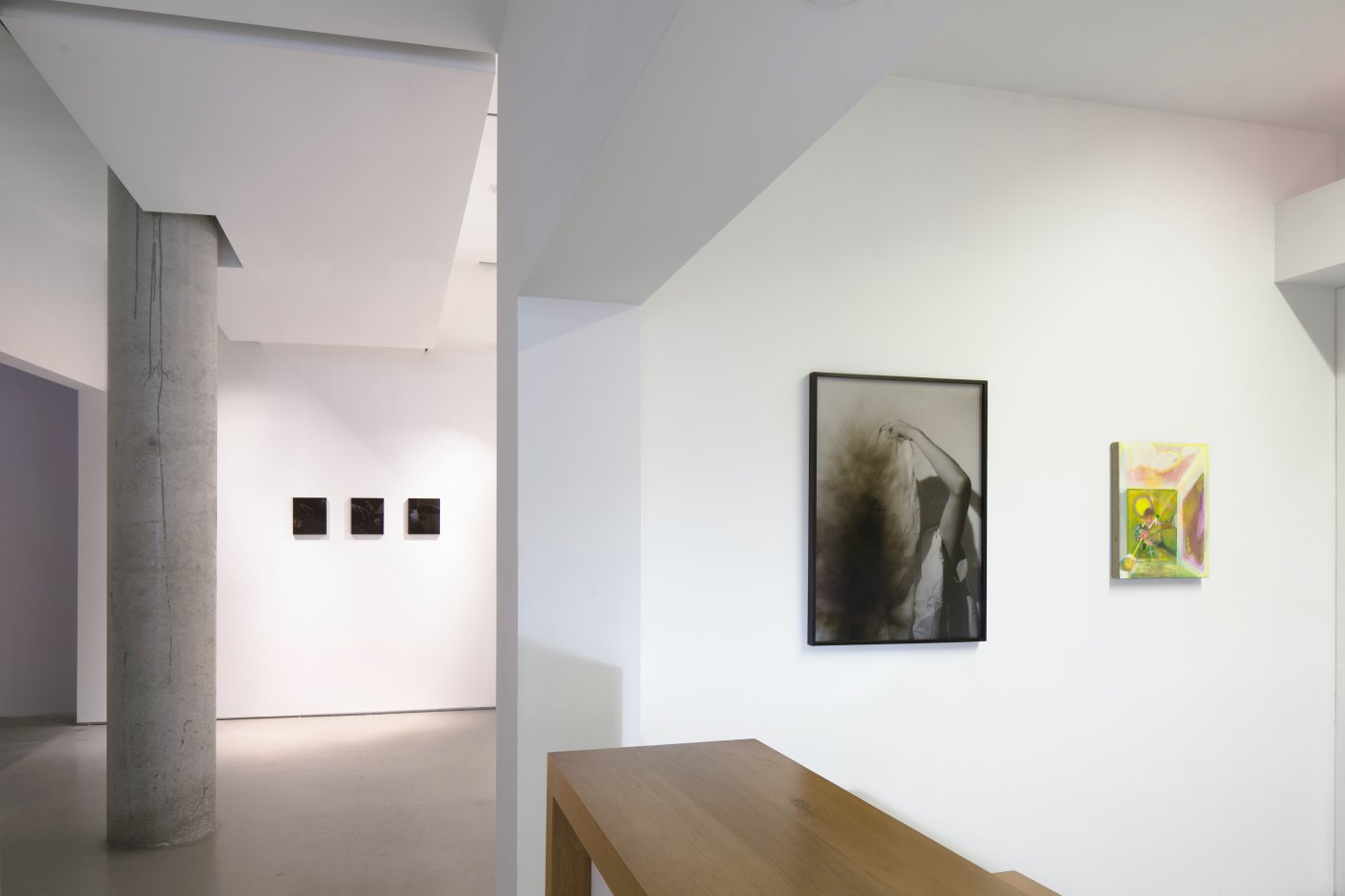 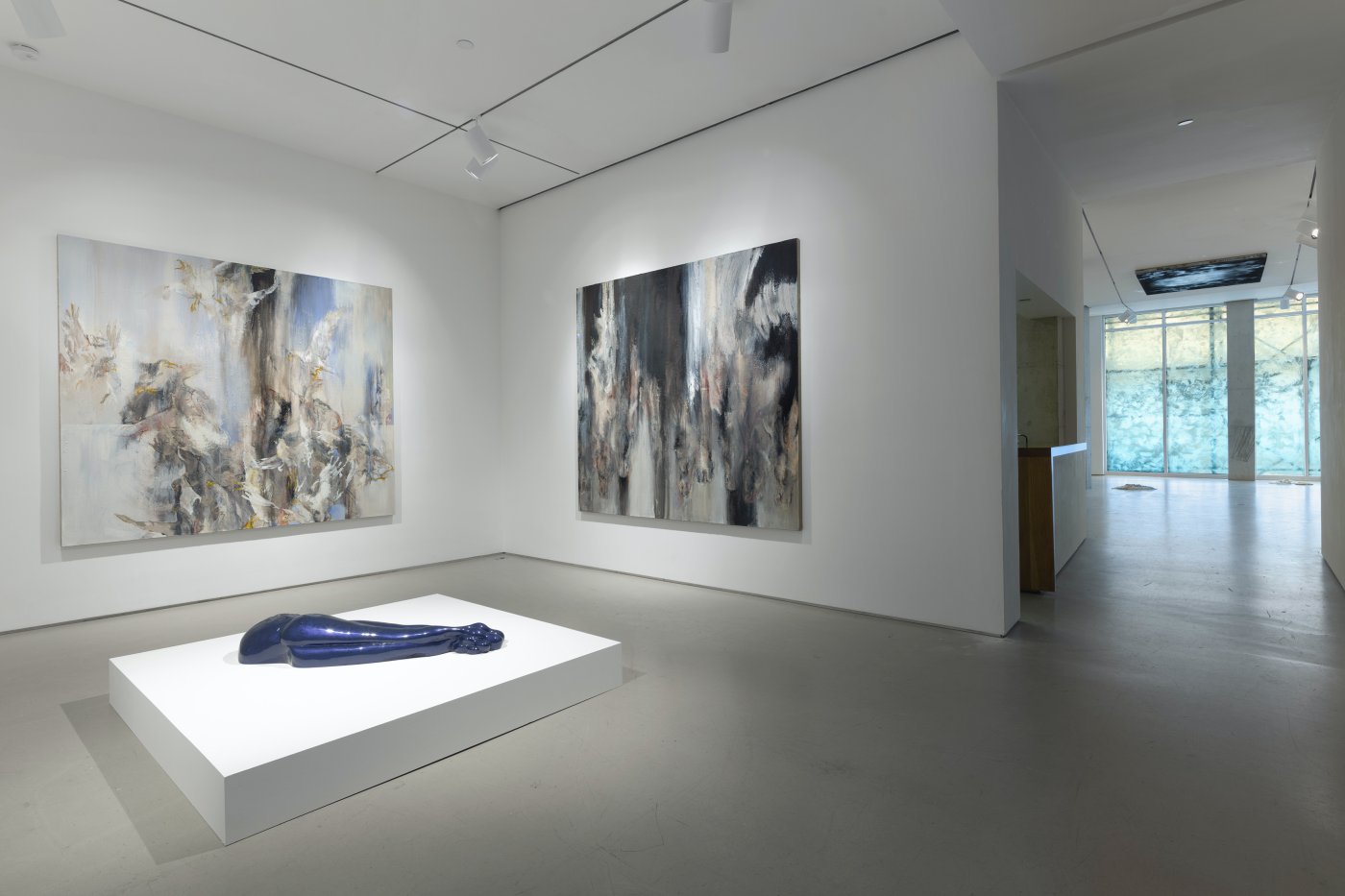 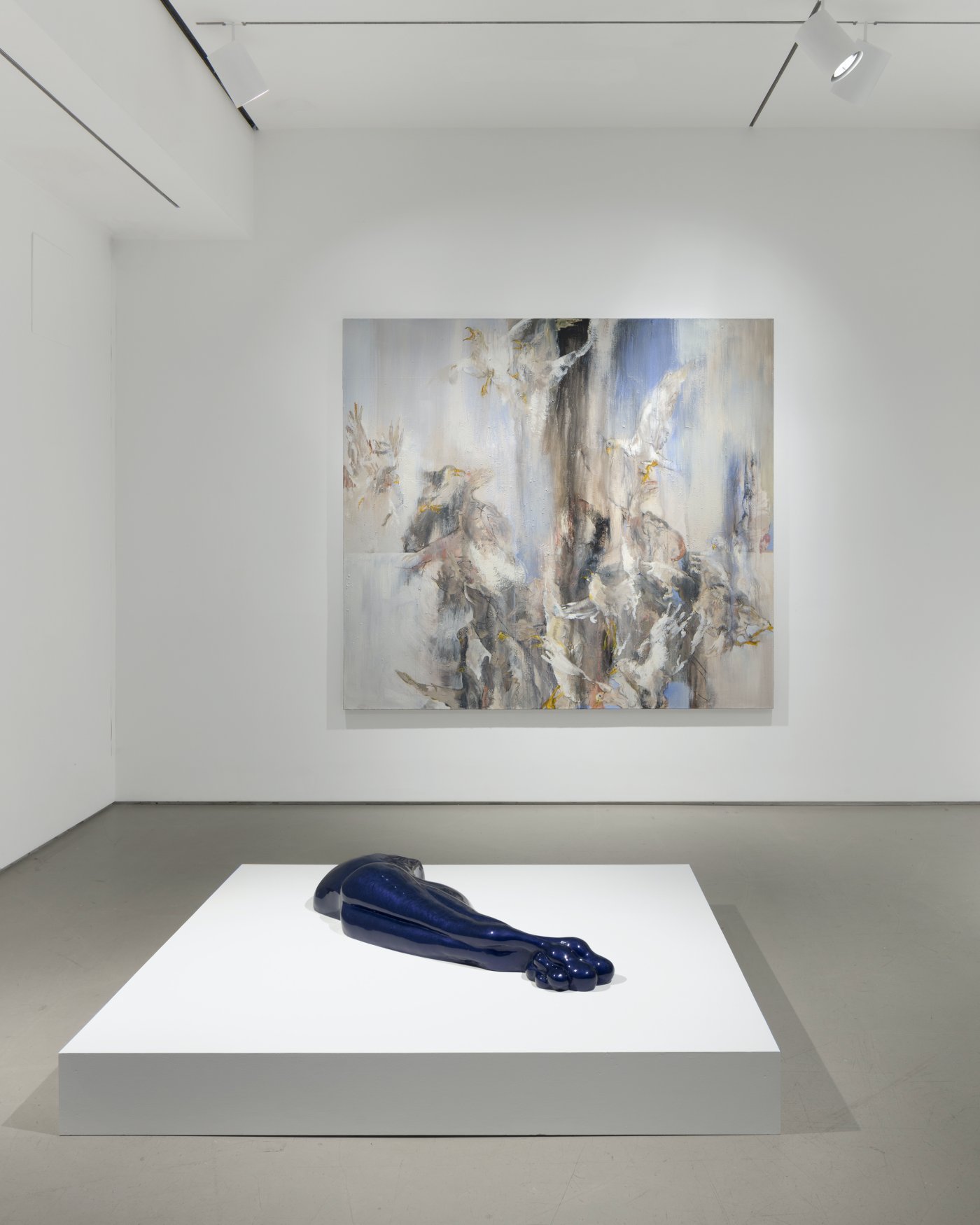 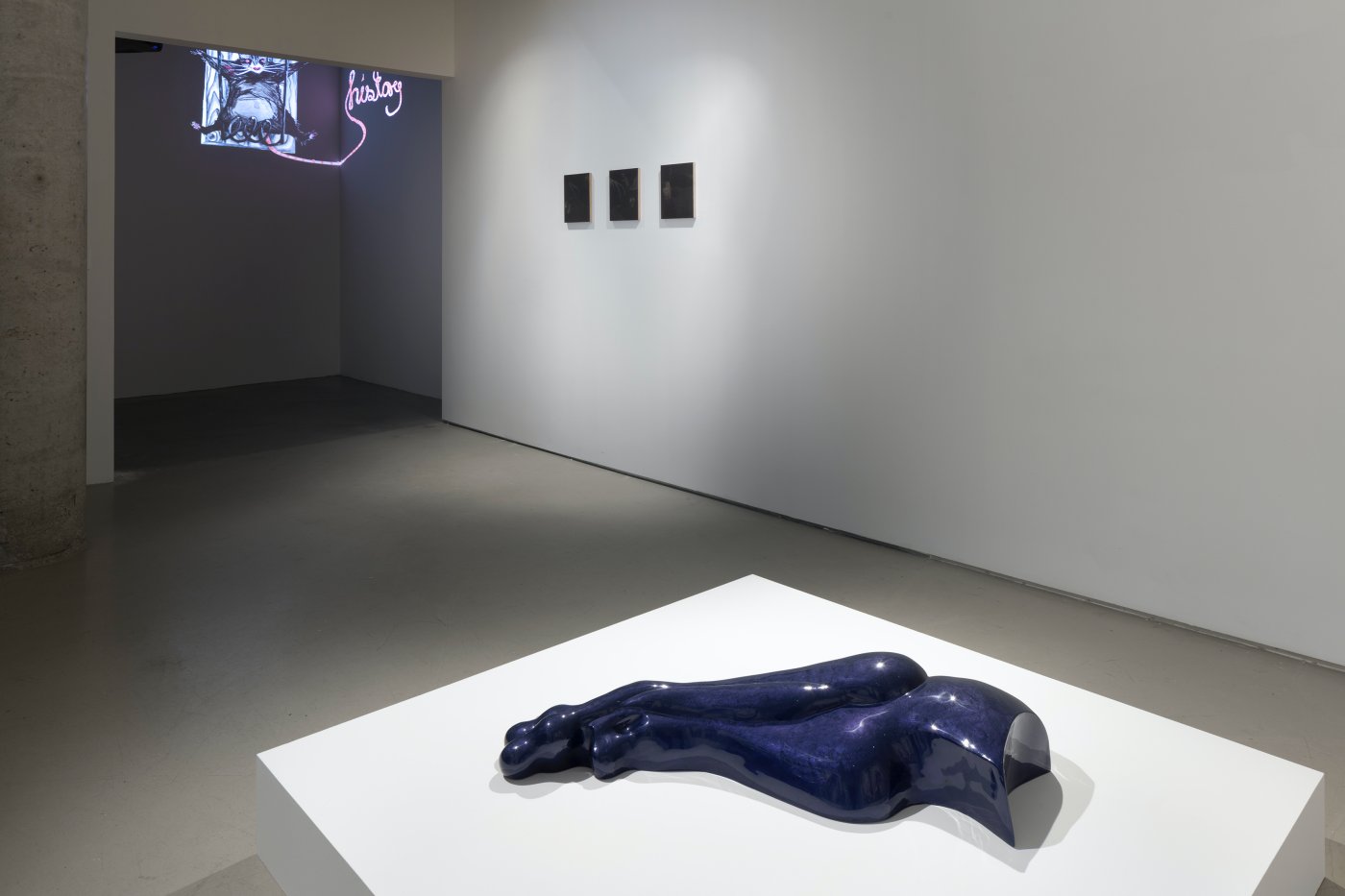 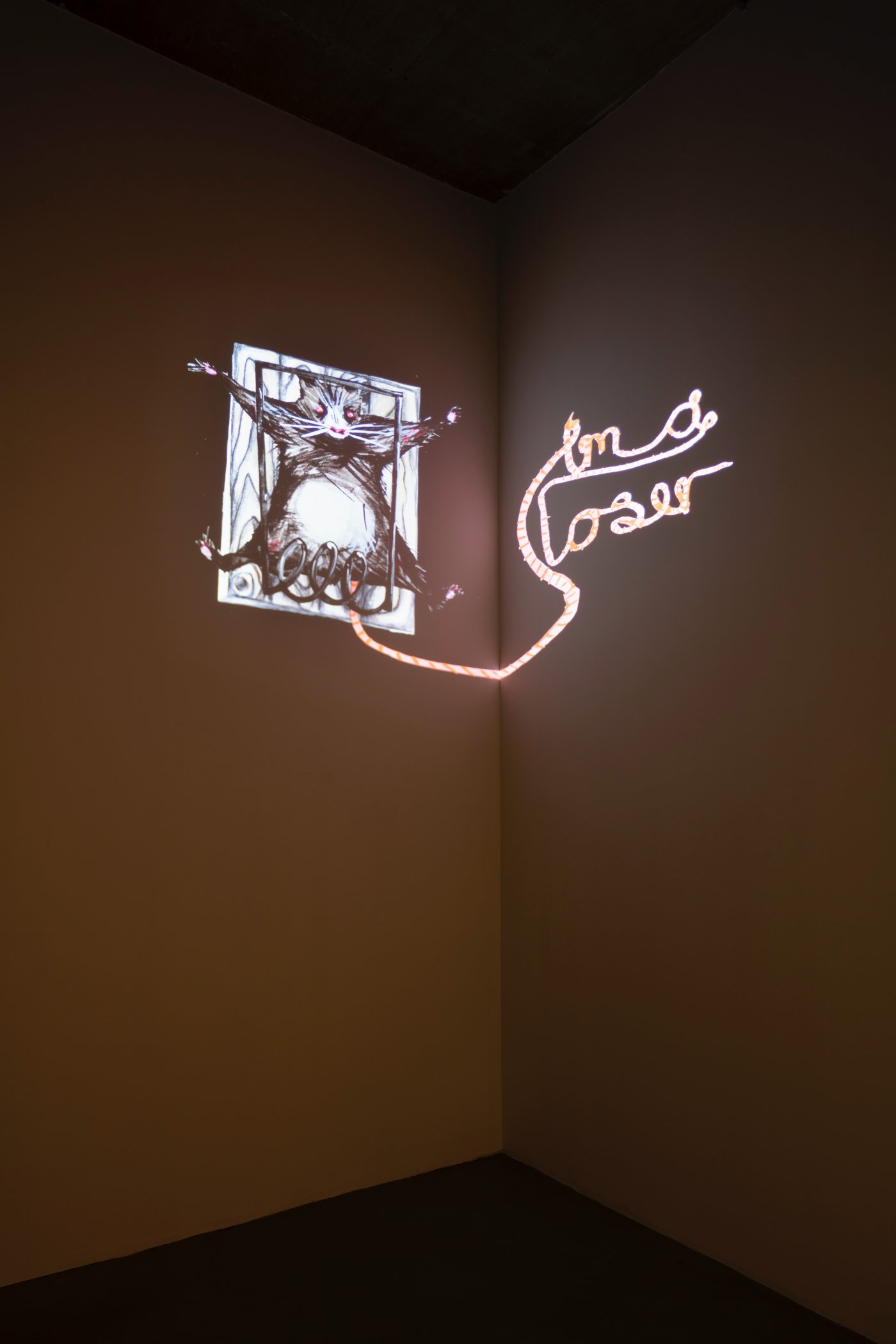 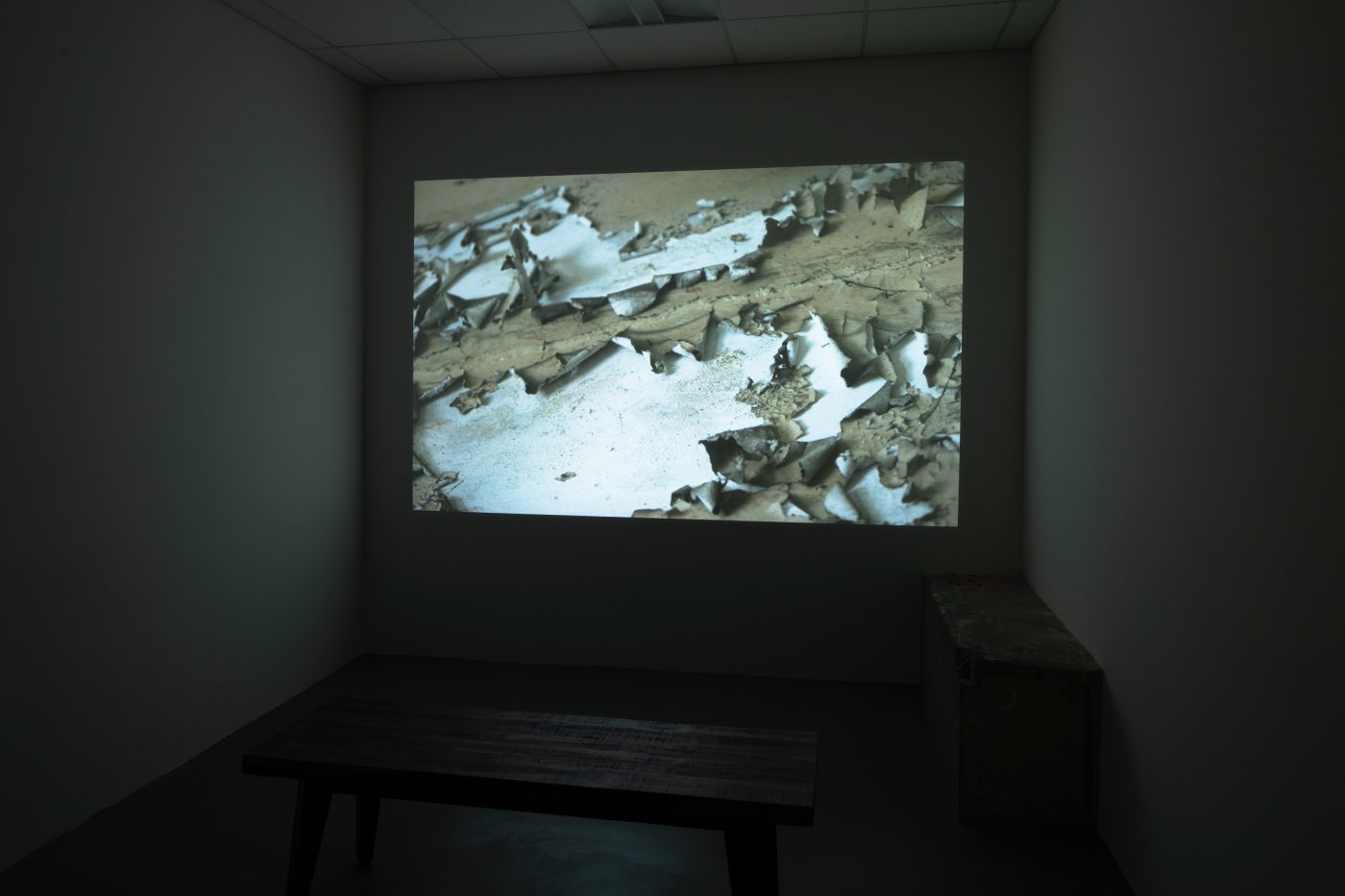 Working in painting, sculpture, photography, print, film, and animation, the artists approach the term “body” from many directions—as individual bodies and the body collective, as human presence and selfhood, but also as fragmented, abject, or absent bodies. Some of the artists in Reconfigured depict animal forms in fragments, as in the work of Jala Wahid, or the human body as a whole, in the portraiture of George Rouy. Others imply human presence through external objects or spaces—as in Mike Silva’s depictions of domestic interiors or Onyeka Igwe’s film of vacant British colonial buildings in Lagos, Nigeria. Still others, in the case of Patrick H. Jones or Matt Copson, transmute human emotion into animal bodies, exploring anthropomorphic metaphors as a method of universal storytelling and self- expression. These new tendencies reflect new attitudes towards gender, selfhood and identity in the U.K., as well as rapidly changing social and political realities and a dissolution in boundaries between abstraction and figuration.

Presented in New York, Reconfigured brings a new iconography in contemporary British art to a North American audience at a time when bodily experience has become both rare and impermanent. Conceived with the goal of engaging a dialogue on diverse outlooks on personal identity and the manifestation of human form, this exhibition highlights the multidisciplinary and bold approach with which artists living and working in Britain today interpret the challenges of figuration. A program of events will run in parallel to the show, inviting New York-based poets, curators, critics, and musicians to share their own experiences of reconfigured relationships to the body and the self. The exhibition will be accompanied by an artist-led journal focusing on the nature of process, featuring a creative essay by Cassandre Greenberg.

In fabric and resin works by Isabella Benshimol Toro (b. 1994, Caracas, Venezuela), discarded items of clothing become relics of a body, frozen in the form in which they were left. A throwaway gesture becomes fixed, turned into slick, tactile pools.

Paintings by Gabriella Boyd (b. 1988, Glasgow, Scotland) offer perspective into the sensations of the body as we move through the world. While some works explore the intimacy of living within a domestic space, others depict fleeting moments of touch or connection with strangers in an urban landscape.

A new suite of works by Polly Brown (b. 1986, London, England) finds its genesis in the nineteenth- century French author Felix Fénéon’s Novels in Three Lines. Three-line news items of murder, mayhem and everyday life are translated into irreverent sculptural portraits. Brown uses material elements such as sand, wood, mirror and soot to obfuscate the figure, humorously alluding to the impossibility of true knowledge of the self or of others.

Drawing from anthropomorphic beast epics, Matt Copson’s (b. 1992, Oxford, England) animations provide a darkly humorous commentary on the futility of the human cycle. His characters, who resemble animals or cartoons, remain stuck in computer-generated loops. Like sinister anti-fables, they perform the same actions or repeat fragments of the same soliloquies over and over again.

Onyeka Igwe (b. 1986, London, England) engages with notions of absence and presence in her film of empty architectural spaces, which is based on images from a tour of a former archives building used by the British ruling government in Nigeria to create pro-British propaganda. These spaces are paired with choral arrangements and radio play that, together, invoke the presence of a colonial history now visible only through the traces it has left behind.

Patrick H. Jones (b. 1987, London, England) makes large-scale paintings conceived of as palimpsests of this moment in history, in which spectral figures emerge and recede into shadowy areas of thickly applied paint. Animals become analogies for human emotion: a flock of cawing birds evokes mass hysteria, while the disembodied heads of horses speak to universal and primal anxieties. In other works, awkwardly bent bodies and twisted limbs suggest feelings of claustrophobia.

Olu Ogunnaike (b. 1986, London, England) explores personal and communal identity through his use of wood, investigating the social rituals and events that inform our sense of individual and collective self. In Ogunnaike’s work, raw material manifests a human presence; wood represents the domestic or commercial spaces built for communities to live, sleep and eat in.

George Rouy (b. 1994, Kent, England) paints the human figure as an amorphous and many-sided being, exploring the fluid nature of contemporary desire and fixed identity through his depiction of ambiguous and asexual bodies.

Mike Silva (b. 1970, Sandviken, Sweden) depicts domestic interiors intimately linked to his own memories. Working from an archive of personal photographs, Silva captures the traces of his own life and the lives of other former inhabitants through personal items — a discarded pair of headphones or a pile of dirty dishes — in haunting portraits of spaces once called home.

Jala Wahid (b. 1988, London, England) explores marginalisation and abjection in the form of visceral sculptures that resemble fragmented bodies. Reflecting a visual vocabulary of sharp contrasts—sticky and smooth, soft and hard— Wahid creates monuments by immortalising symbols from the past: using materials, music and song to examine Kurdish culture, history and iconography as forms of self- preservation and defiance.

Rose Easton is an independent curator and creative consultant based in London.