Galleria Anna Marra is pleased to present La danse de l’absurde [The Dance of the Absurd], Rebecca Brodskis’ first solo show in Italy, curated by Giorgia Calò. The exhibition presents twelve works created specifically for the occasion, inspired by images of expressionist dancers and Albert Camus’ philosophy of the absurd. 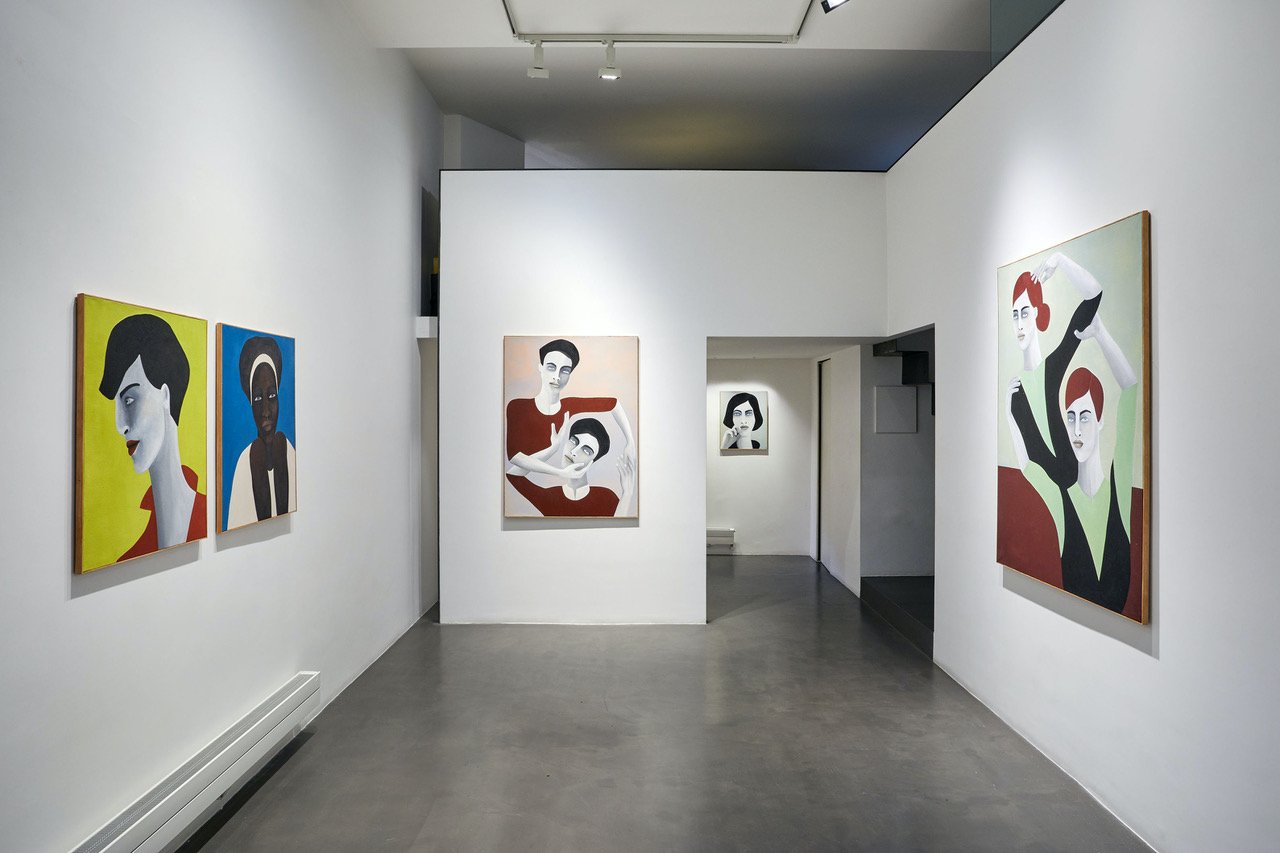 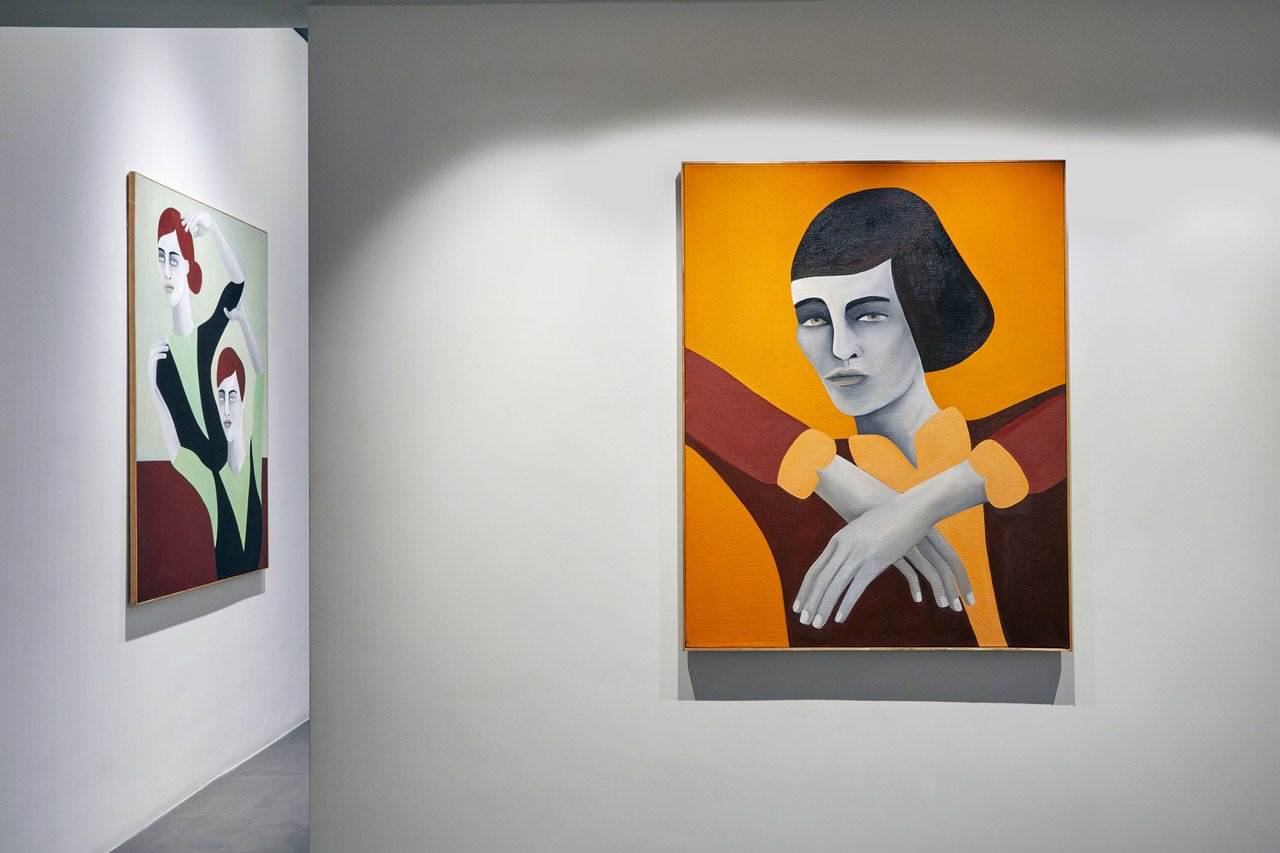 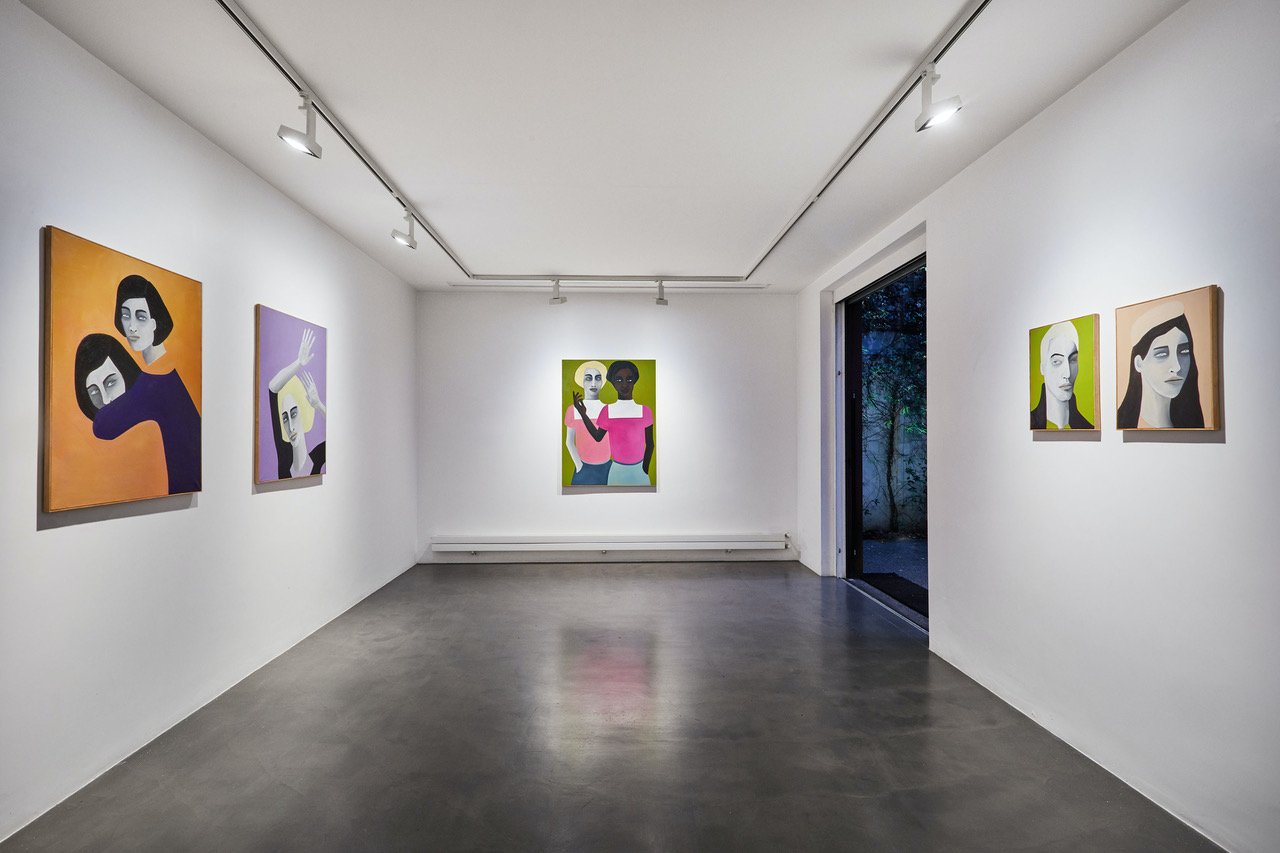 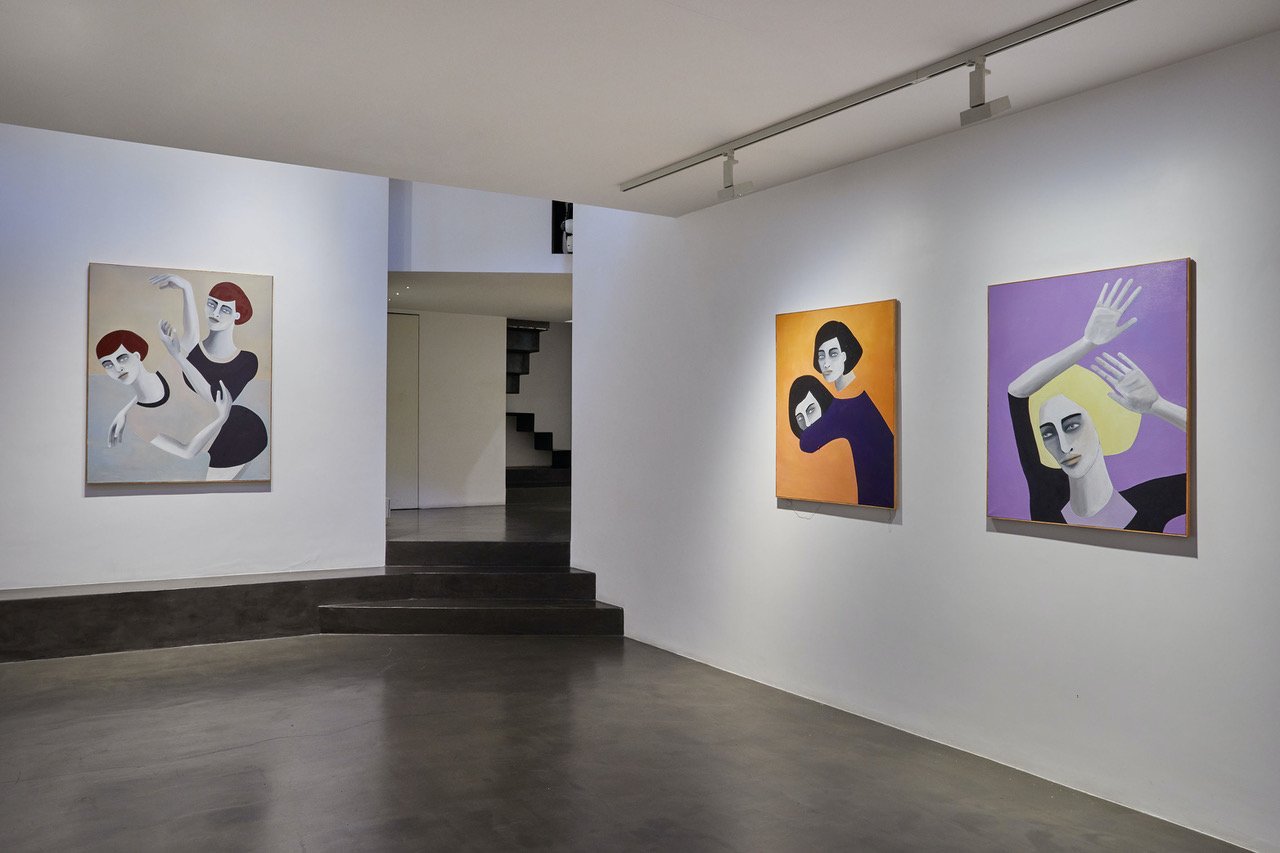 Rebecca Brodskis’ portraits are decontextualized with respect to any space-time reference, they live in a different dimension, their distinctive figure focus on the human being, regardless of his or her gender identity, place of origin, cultural heritage or time in where they live. The portraits are disconnected from the classical idea of representation, investigating the human soul in an introspection that focuses on the alienating and at the same time real condition of man.
So, the artist invites us to go beyond the limits of reality, thus accessing infinite possibilities of personal identity that emotionally attracts the viewers and at the same time challenges them intellectually.

Rebecca Brodskis’ work explores through painting the relationship between the human being and the social context, a world in constant change, which often escapes our understanding. The protagonists of her works, who appear gripped by doubt, anxiety and disorientation, “are metaphors of the contemporary human entangled in ever-expanding social circles. They wander through the meanders of sprawling cities, condemned to extreme lucidity but constantly invaded by the fear of tomorrow”, says the artist.
The reference to Camus and his Trilogy of the absurd is explicit. The author, denying any value to a meaning that is transcendent to life and the world, recognizes existence itself as absurd. The lack of meaning of existence and of motivations to live – the absurd, in fact – is not in the nature of human being as such, however, but in the social superstructures that he creates to regulate his own existence. However, the creation of interpersonal bonds is not always easy and the search for inter- human bond continually eludes.

From these reflections Rebecca Brodskis introduces her own positive response to the absurdity of human existence, indicating in dance a possible way to search for a meaning. Expressionist dance, to which the artist in particular is inspired, – more free, more natural and less governed by rules – it becomes a way to free oneself from the conventions and social patterns that oppress the most intimate nature of the individual. In dance, bodies touch and intertwine, thus favoring communication between human beings.
Foreigners are no longer foreigners, the unknown becomes palpable, it is possible to give meaning to life and a direction to one’s existence. The human bond, therefore, is revealed in the awareness of the absurd and in the constant attempt to overcome it.

Rebecca Brodskis (1988, France) lives and works in Marseille.
She spent most of her childhood travelling and living between France and Morocco. Brodskis has later lived in New York, Berlin, Tel-Aviv, Paris.
She studied painting at the Ateliers des Beaux-Arts de la Ville de Paris and at Central St. Martins College of Art and Design in London (2010). Additionally, in 2015 she completed a Masters Degree in Sociology on the themes of vulnerabilities and social crisis.
Exploring the borders of the sensible world, Brodskis’ work evolves between conscious and unconscious spaces, leading to a reflection on the existence, the self and the otherness. The idea of being in an in-between is very prominent in Brodskis work, this intermediate space at the cross-roads of empirical reality and imagination, order and disorder, materialism and spirituality, determinism and freedom.
Solo exhibitions include: Arrêt Sur Image, Kristin Hjellegjerde Gallery, London (2021); Tomorrow Is Another Day, Steve Turner LA (2020); Fragments of Life, Kristin Hjellegjerde Gallery, Berlin (2020); Galeriste with Hors Cadre, Paris (2019); Septième Galerie, Paris (2019); Unsettled disorders, Canopy Gallery, Netanya (2019); Dépendance, Gallery Mario Kreuzberg, Berlin (2019); Drifting Singularities, Sputnik Gallery, Tel Aviv (2017). Her work is held in important private and public collections which include: Alan Lo Collection (Hong Kong); Museum Azman Collection (Malaysia); Pamela and David Hornik Collection (USA); Selebe Yoon Collection (Senegal); The Beth Rudin Dewoody Collection (USA); Tiroche DeLeon Collection (Israel); Zeifang Collection (Germany).

Courtesy of the artist and Galleria Anna Marra, Rome