David Zwirner presents an exhibition of new work by American artist Raymond Pettibon, inaugurating the gallery’s space in Paris at 108, rue Vieille du Temple. This is the artist’s first solo exhibition in Paris since 1995 and his eleventh with David Zwirner. 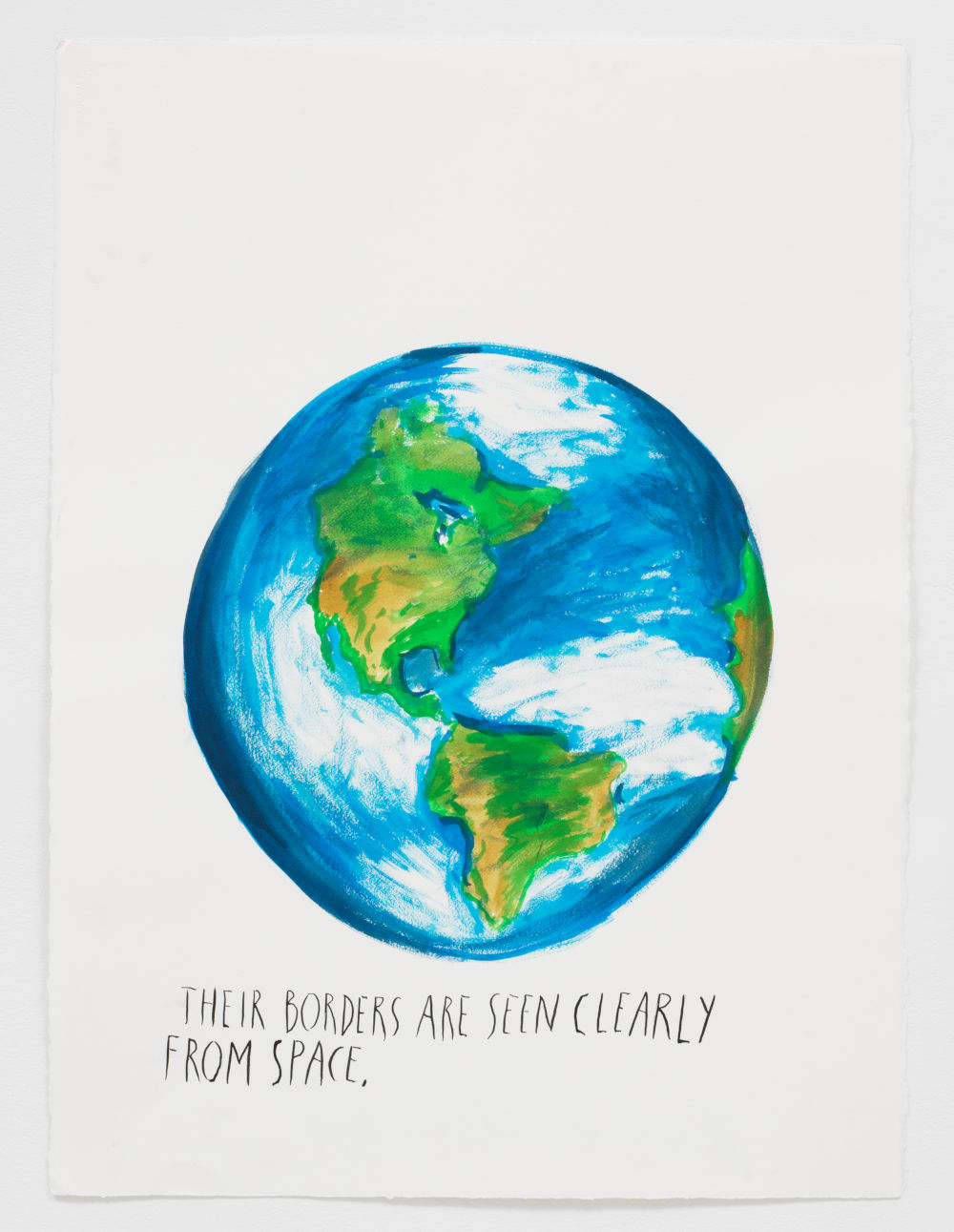 Raymond Pettibon
No Title (Their borders are…), 2019 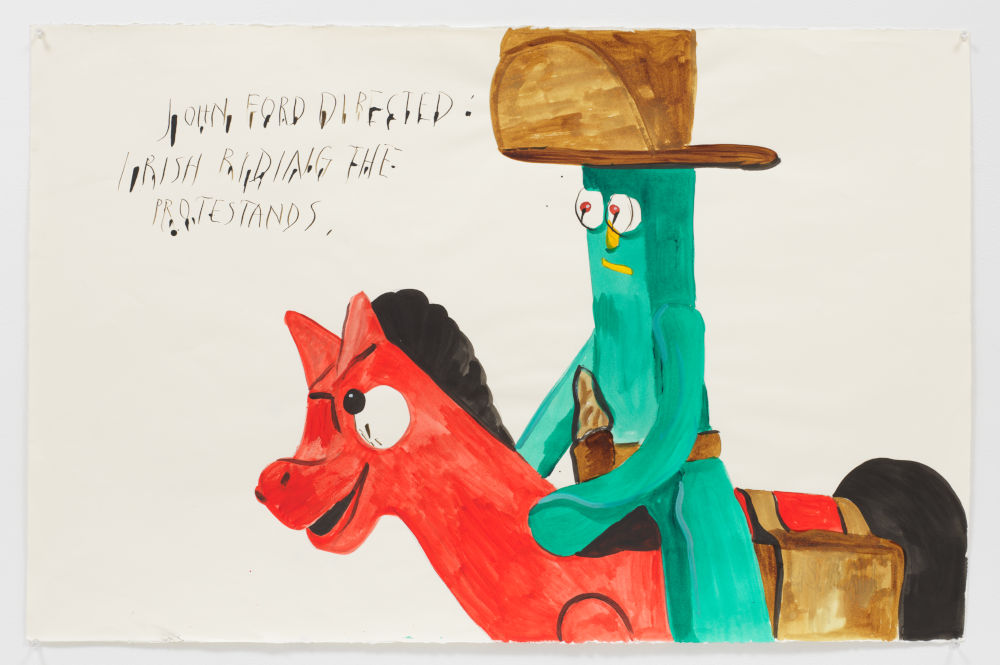 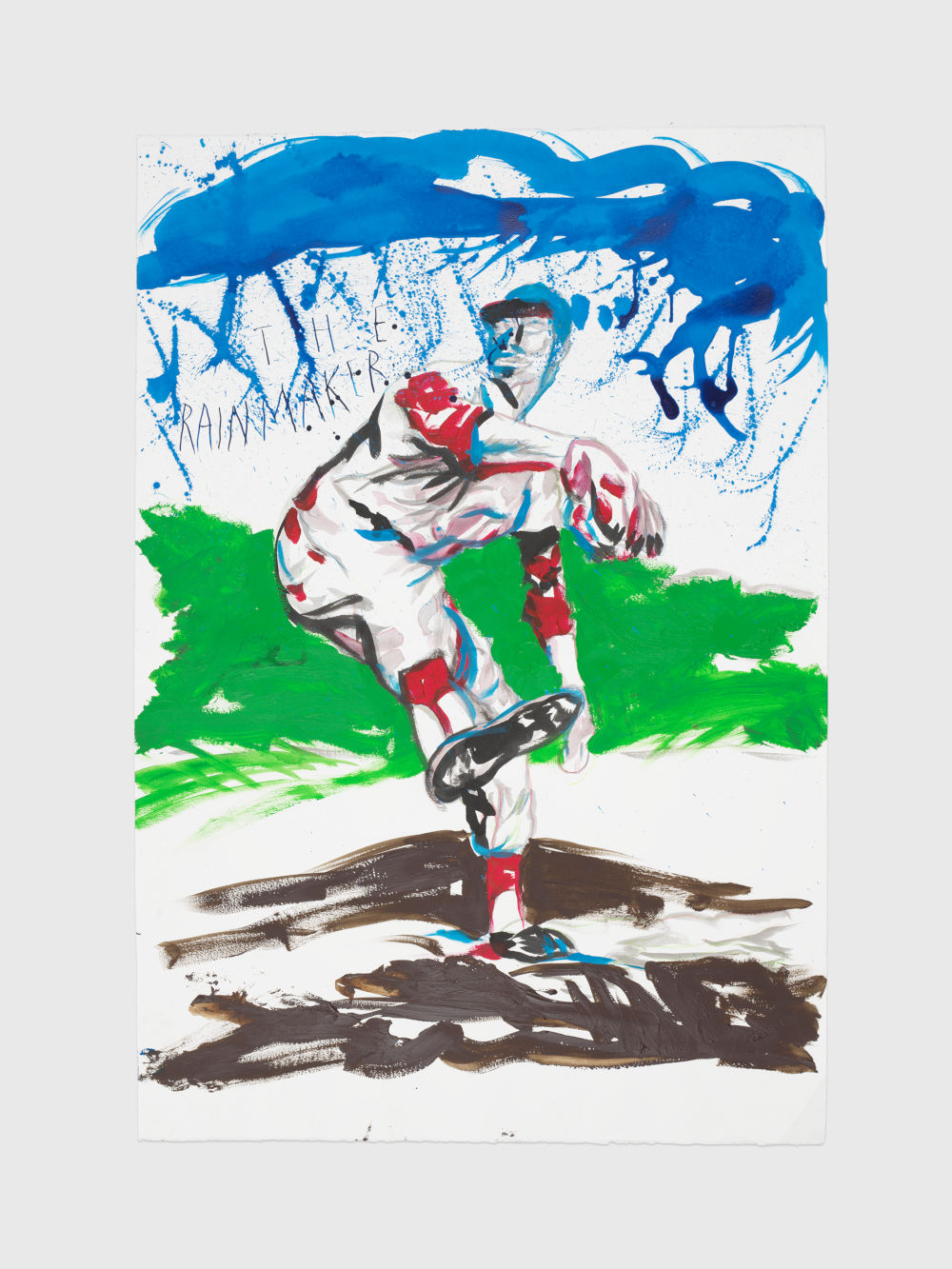 Raymond Pettibon
No Title (The Rainmaker), 2019 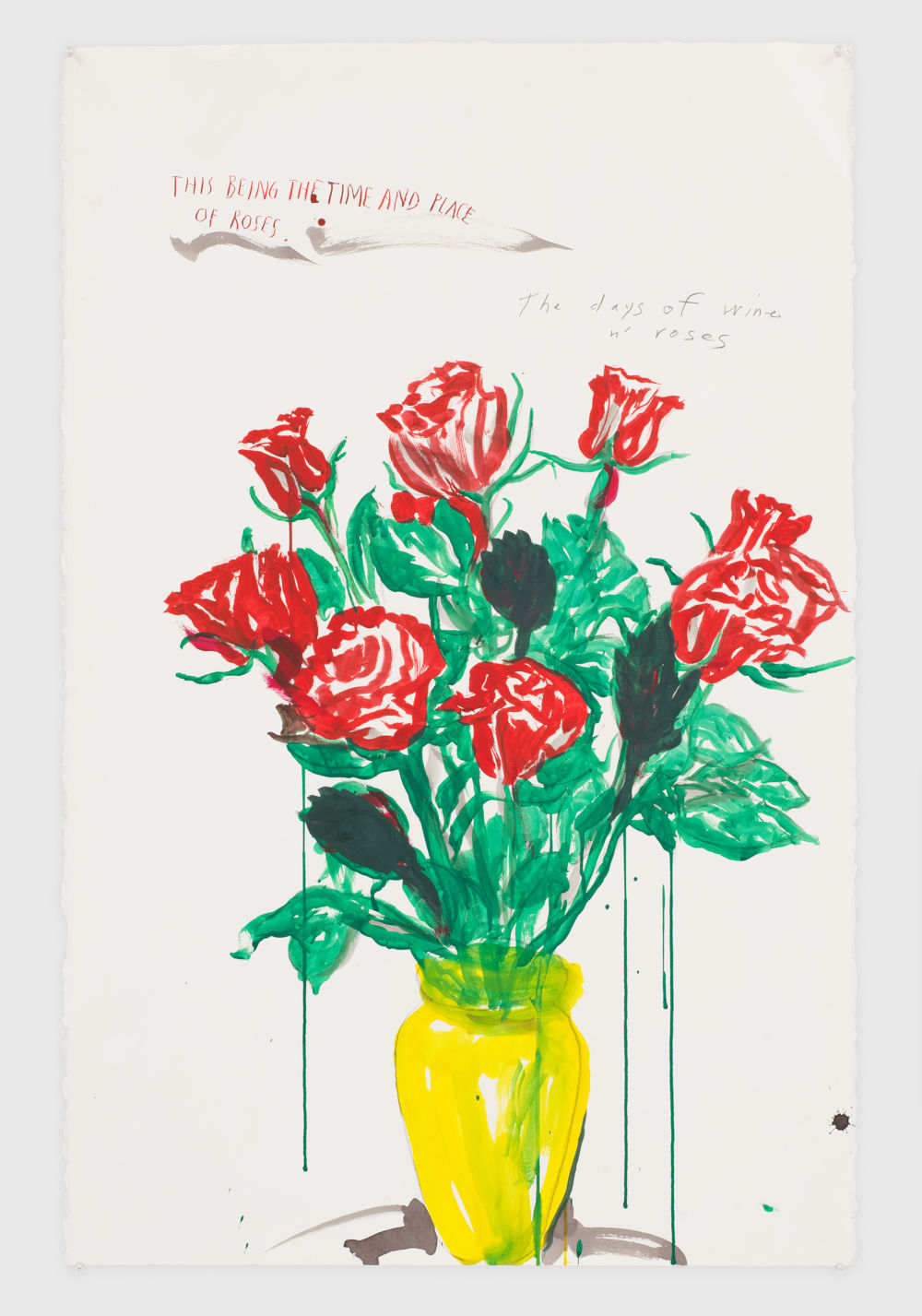 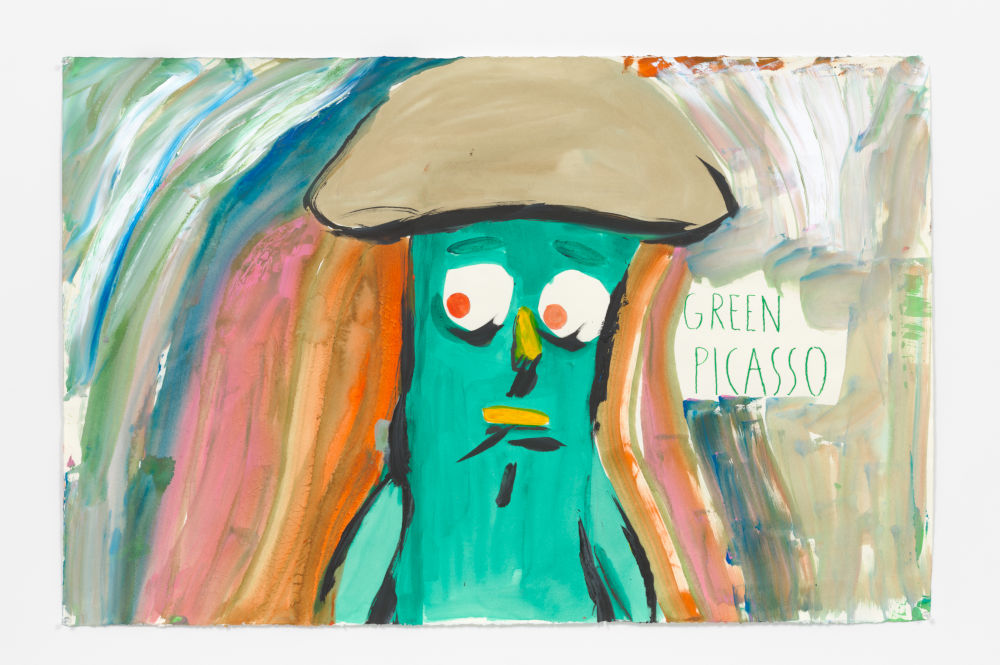 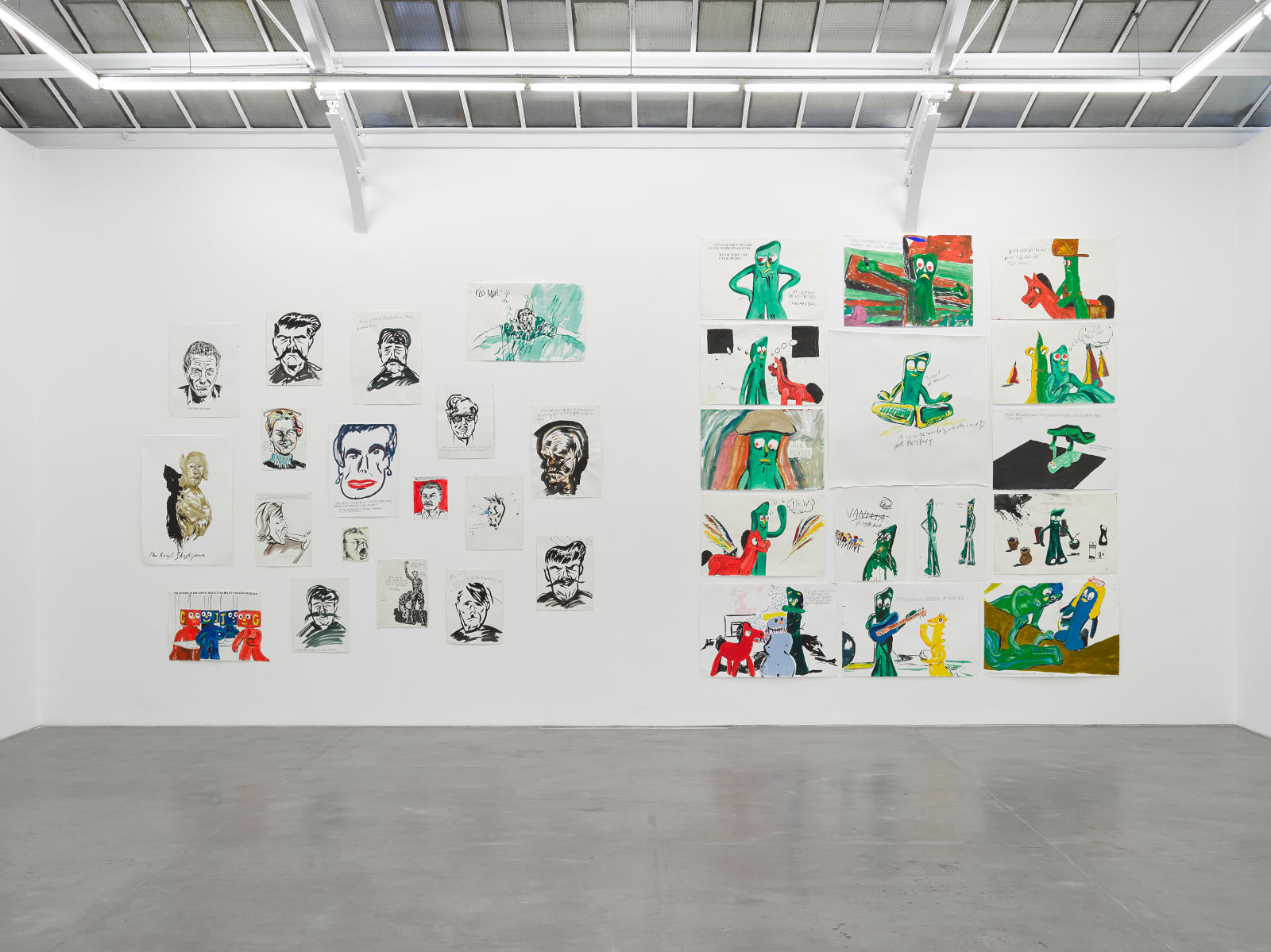 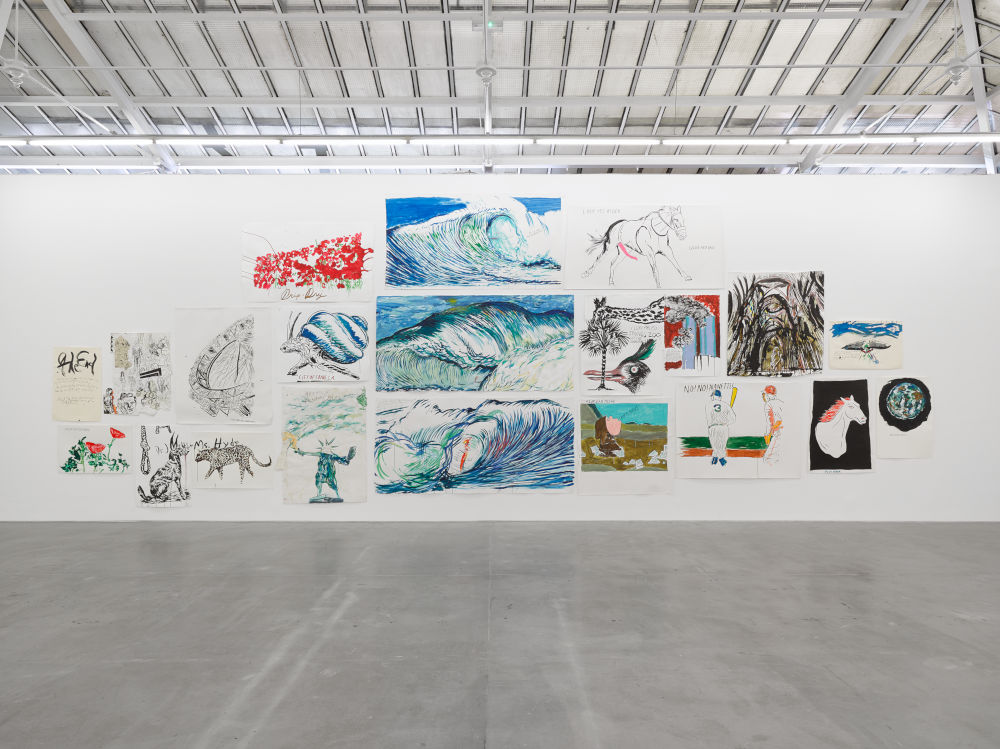 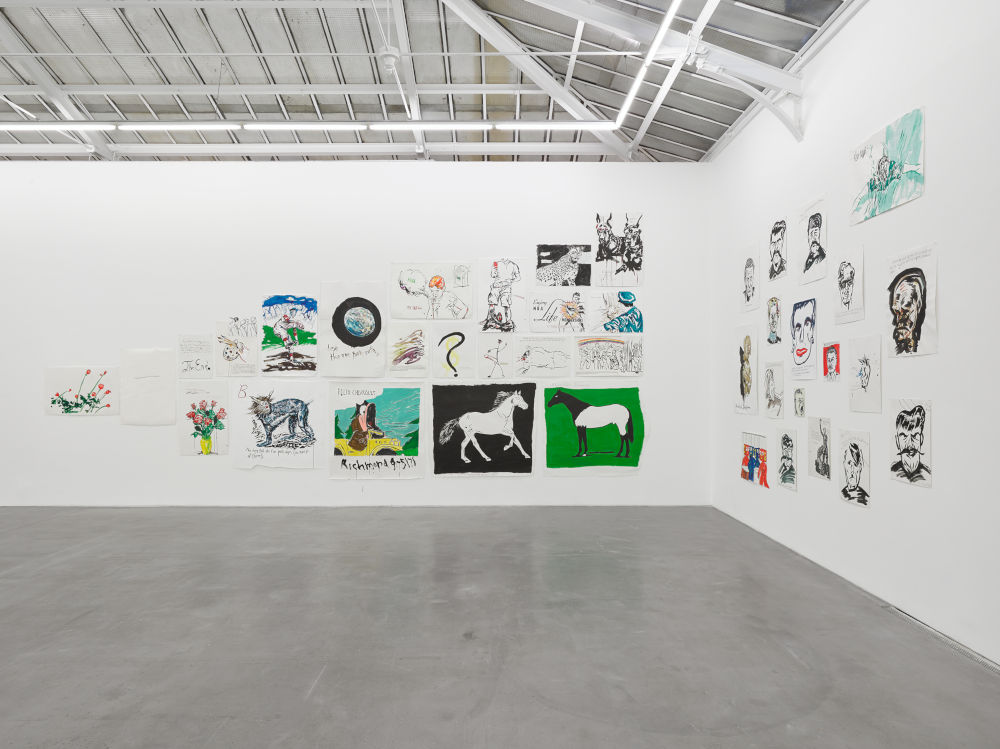 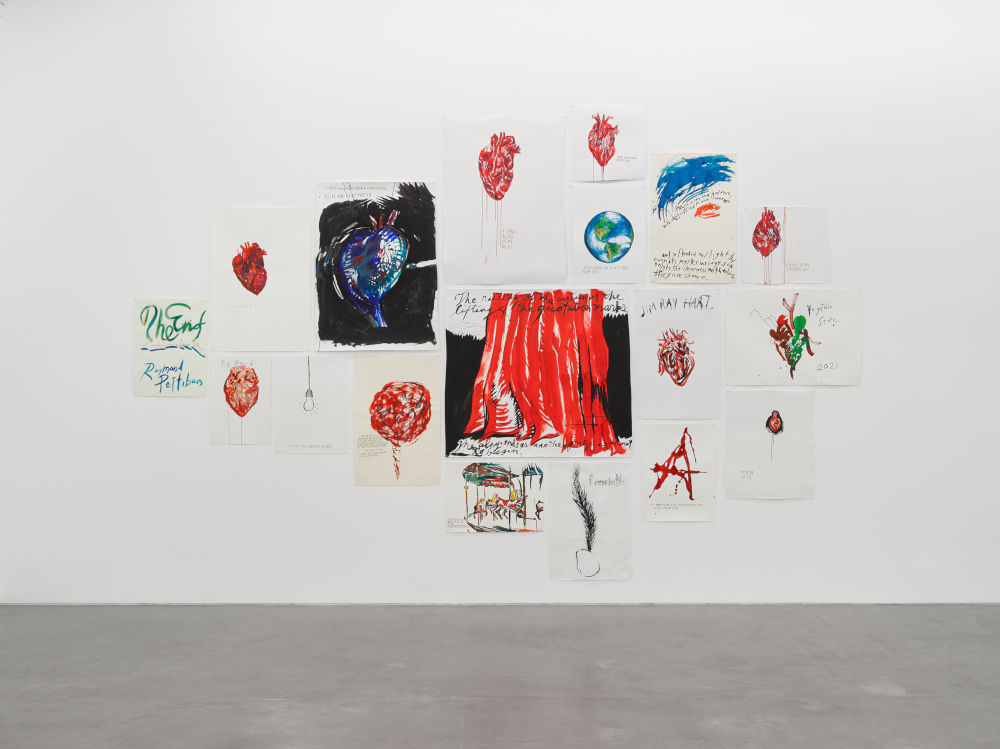 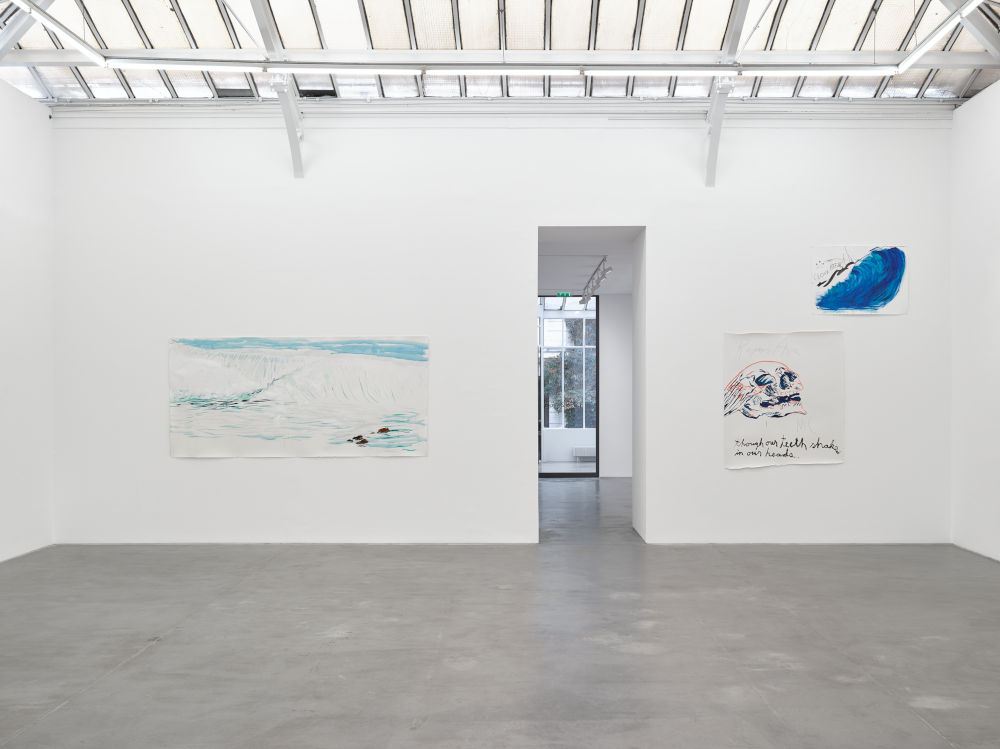 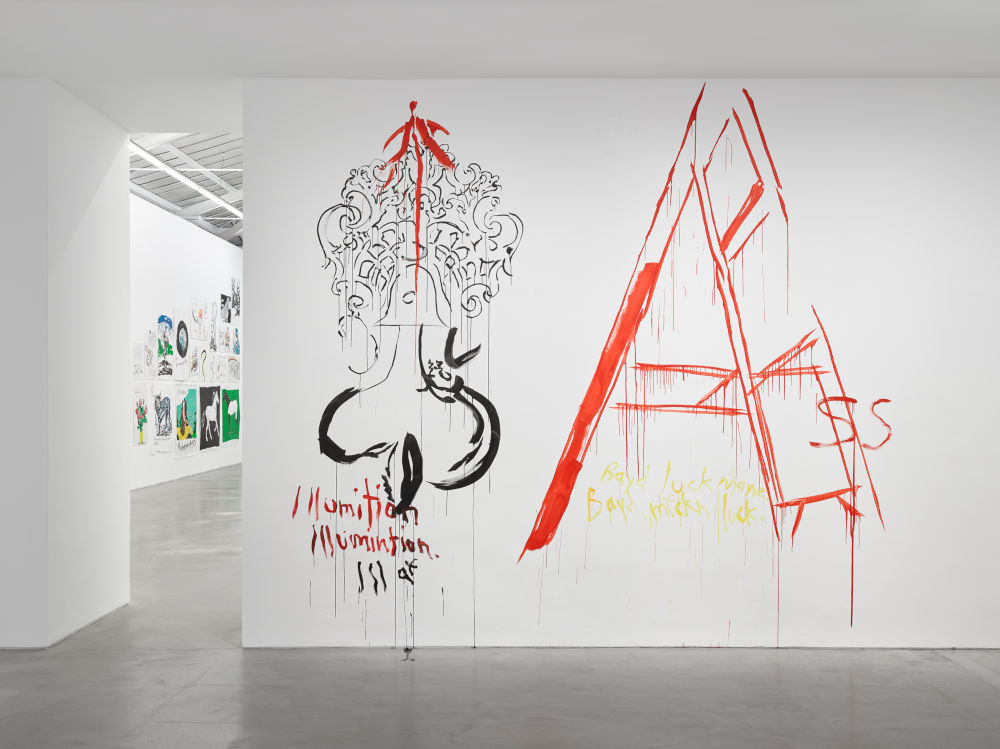 Pettibon’s influential oeuvre engages a wide spectrum of American iconography variously pulled from literature, art history, philosophy, religion, politics, sports, and alternative youth culture, among other sources. Intermixing image and text, his drawings engage the visual rhetorics of pop and commercial culture while incorporating language from mass media as well as classic texts by writers such as William Blake, Marcel Proust, John Ruskin, and Walt Whitman. Through his exploration of the visual and critical potential of drawing, Pettibon’s practice harkens back to the traditions of satire and social critique in the work of eighteenth- and nineteenth-century artists and caricaturists such as William Hogarth, Gustave Doré, and Honoré Daumier, while reinforcing the importance of the medium within contemporary art and culture today.

The works on view feature both entirely new subjects for the artist as well as characters and motifs that Pettibon has returned to often. Recurring figures and themes include Gumby, baseball, US presidents, animals, totalitarian dictators, and waves, among others. In the works depicting Gumby, Pettibon recodes the wide-eyed innocence of the classic children’s television character as strung-out paranoia. One work, No Title (John Ford directed…), shows Gumby wearing a cowboy hat and riding his sidekick, the orange horse Pokey. To the left of the figures, Pettibon has written ‘John Ford directed: Irish riding the Protestands’, comically merging Gumby with John Wayne, the star of many of Ford’s famous westerns, while injecting the contentious religious opposition between Irish Catholics and Protestants through the symbolism of the colours of green and orange.

Several new wave paintings, part of an ongoing series, reach back into the history of abstraction, alluding to the surfaces of abstract expressionist canvases and even the sublime proto-abstract seascapes of J.M.W. Turner. As curator and art historian Ulrich Loock notes of these works: ‘The image of the surfer who is utterly alone when riding an overpowering wave, confronted by an immense wall of water, presents us with the primal scene of sublime experience. But surfing also implies the aggressive overcoming of the forces of nature(1) … where the mind recognises the body’s insignificance in the face of nature.’ At the same time, these works reference West Coast surf culture and kitschy postwar icons such as Gidget, a fictional female surfer who appeared in American books, movies, and TV shows from the late 1950s to the 1980s.

Several works feature familiar symbolic forms, such as hearts and globes, which Pettibon transforms into poignant visual emblems. In No Title (Love the one…), one of the artist’s globe drawings, swirls of red, blue, grey, green, white, and yellow comprise the round earth, which sits in an inky black void. Pettibon has inscribed ‘Love the one you’re with’ across the bottom of the sheet. No Title (It presses with…) features a mix of drips and rivulets of blue, red, and black that make up a bulging heart with the text ‘It presses with every throb of consciousness’, a quote from Henry James, and ‘Blue and gray matter’ inscribed at the top. ‘A pang abided in my breast’ is written on an eponymous work that depicts a red, visceral, dripping heart.

Installed in cloud-like clusters across the new Paris gallery space, the exhibition provides a unique opportunity to appreciate the magnitude of Pettibon’s practice.

Born in 1957 in Tucson, Arizona, Raymond Pettibon graduated with a degree in economics from the University of California, Los Angeles, in 1977. He joined David Zwirner in 1995.

Pettibon’s work will be the subject of an upcoming solo exhibition at the Tel Aviv Museum of Art, opening in November 2019. Recently, Daumier – Pettibon, a significant presentation of Pettibon’s art paired with the work of the renowned nineteenth- century French caricaturist, printmaker, sculptor, and painter, was presented at the Kunst Museum Winterthur, Switzerland, from March to August 2019. A Pen of All Work, a major solo exhibition of Pettibon’s work featuring more than seven hundred drawings from the 1960s to the present, was on view in 2017 at the New Museum, marking the artist’s first museum survey in New York. The largest presentation of his work to date, the exhibition travelled to the Bonnefantenmuseum Maastricht, The Netherlands, and a portion of the show was presented at the Garage Museum of Contemporary Art, Moscow, entitled The Cloud of Misreading.

In 2016, the Deichtorhallen Hamburg – Sammlung Falckenberg in Hamburg presented Homo Americanus, a significant museum survey of Pettibon’s work, encompassing over six hundred works from every part of the artist’s career, the majority of which had never been shown before. The exhibition travelled to the Museum der Moderne Salzburg.

Pettibon’s work has been exhibited widely throughout the United States and abroad. In 2013, he reworked a drawing from 2010 that was featured as the tenth installation of the High Line Billboard in New York. Prominent venues that have held solo exhibitions of the artist’s work include the Kumu Kunstimuuseum, Tallinn, Estonia (2015); Kunstmuseum Luzern, Lucerne, Switzerland (2012); Kestnergesellschaft, Hannover (2007); Kunsthalle Wien, Vienna (2006); Centro de Arte Contemporáneo de Málaga, Spain (2006); Museum of Contemporary Art San Diego, La Jolla, California (2005); and the Whitney Museum of American Art, New York (2005). In 1998, he had his first American museum presentation, organised by The Renaissance Society at the University of Chicago in collaboration with the Philadelphia Museum of Art, which travelled to The Drawing Center, New York, and The Museum of Contemporary Art, Los Angeles.