Charlie James Gallery presents a solo show by Detroit-based artist Rashaun Rucker titled Never Free To Rest. This is Rucker’s first solo show with the gallery. Never Free to Rest originated at the University of Michigan Institute of the Humanities in 2021, it then traveled to the Art League of Houston, and now the show’s final stop is here in Los Angeles with Charlie James Gallery. 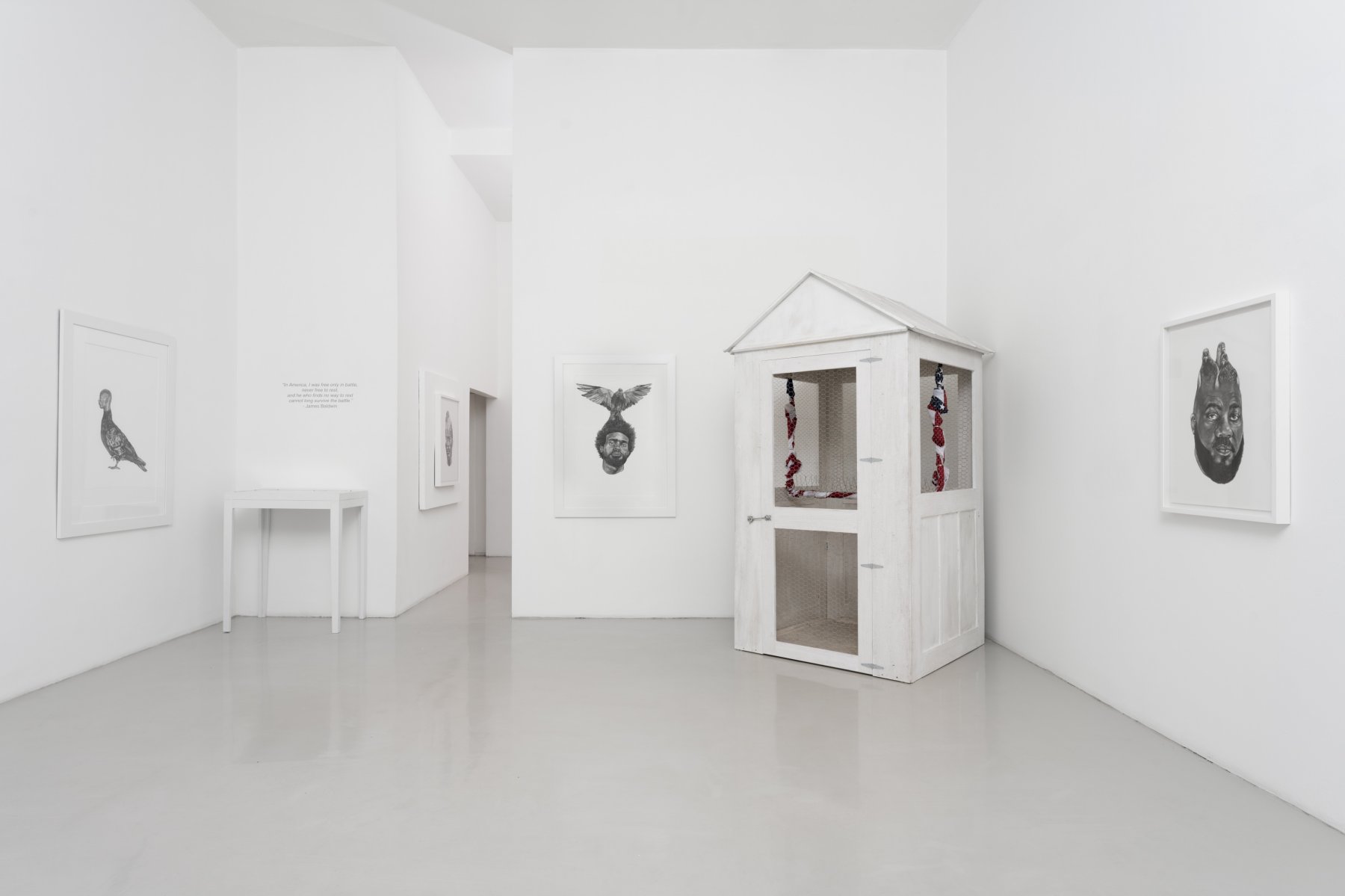 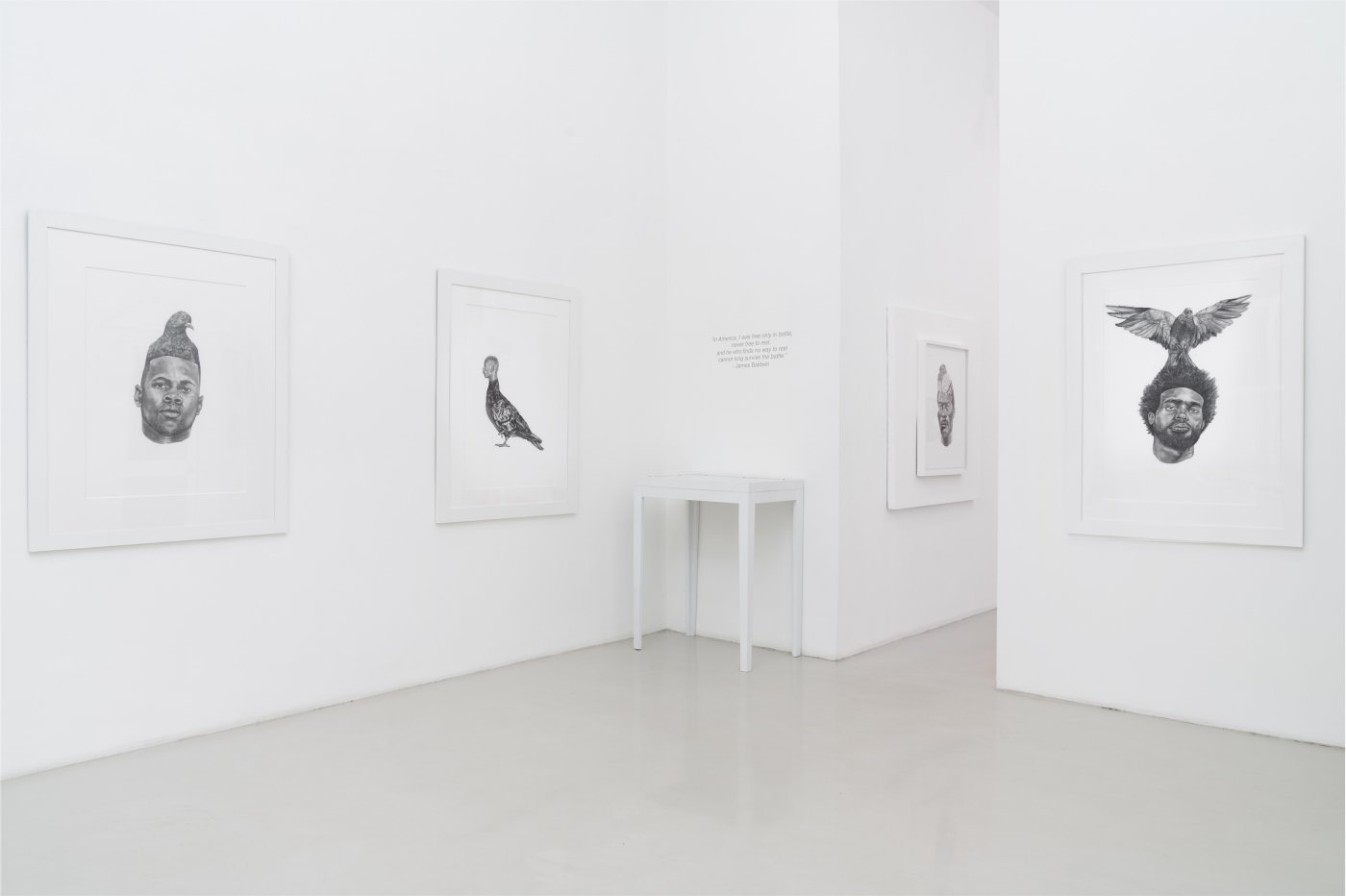 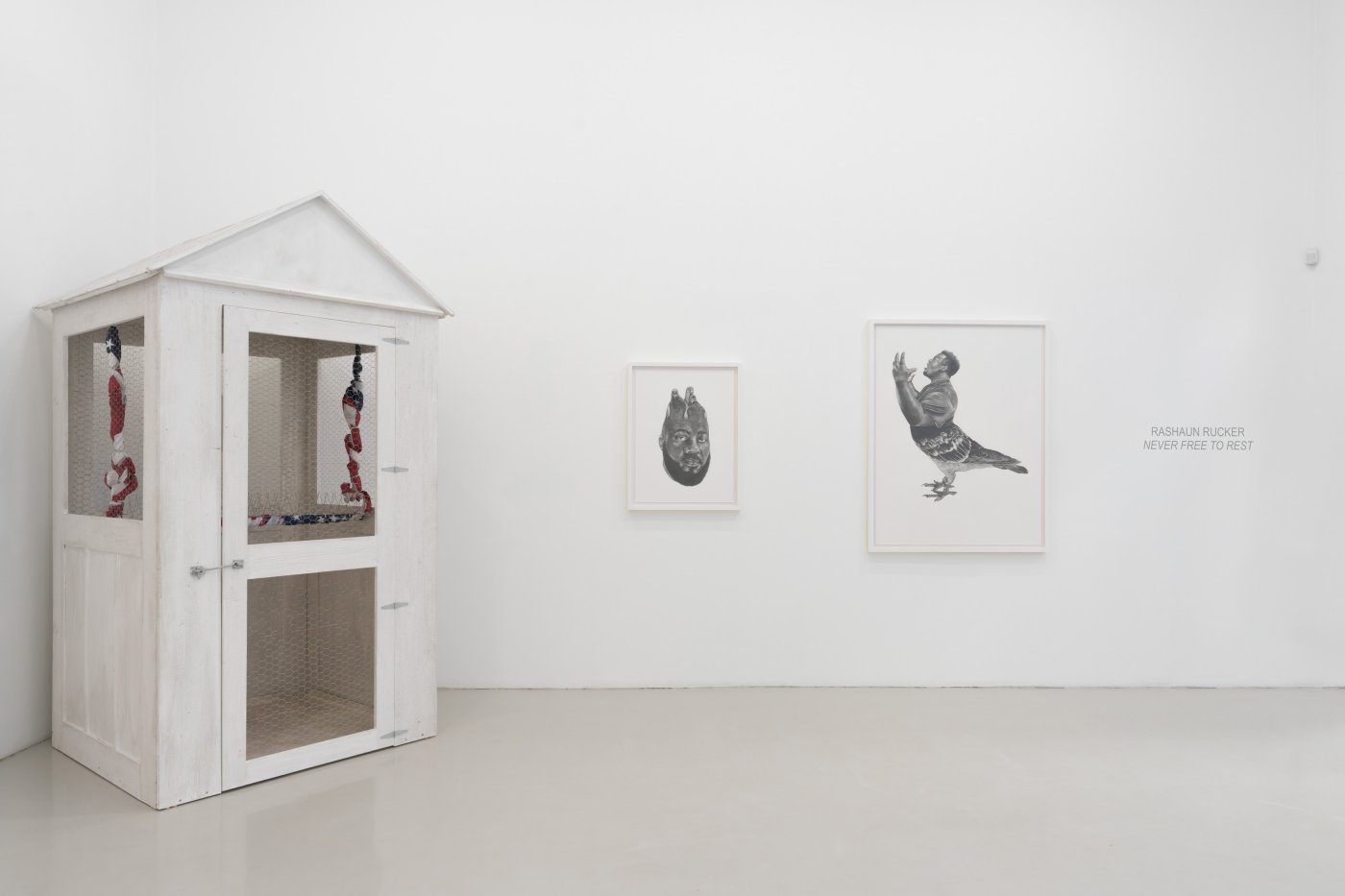 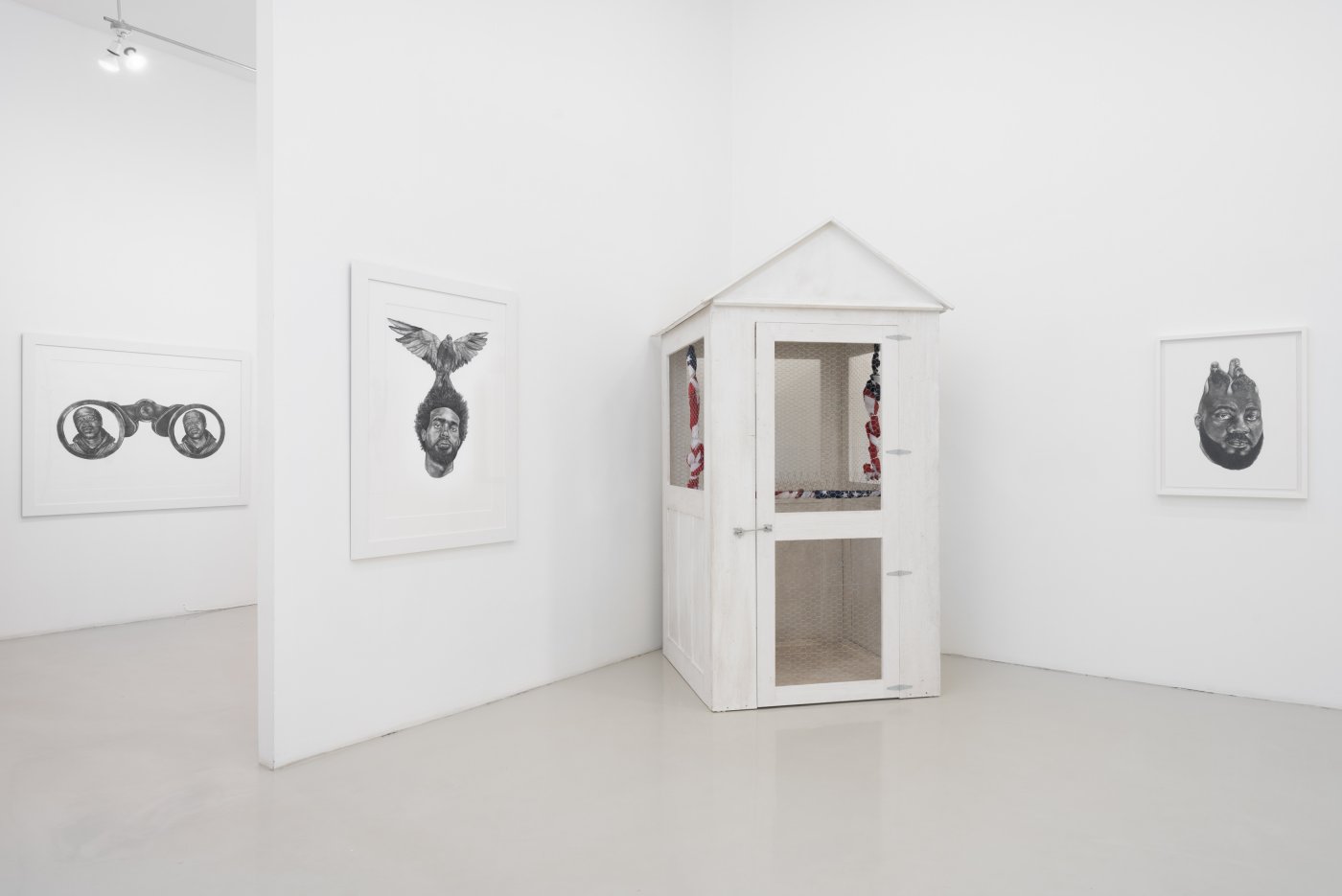 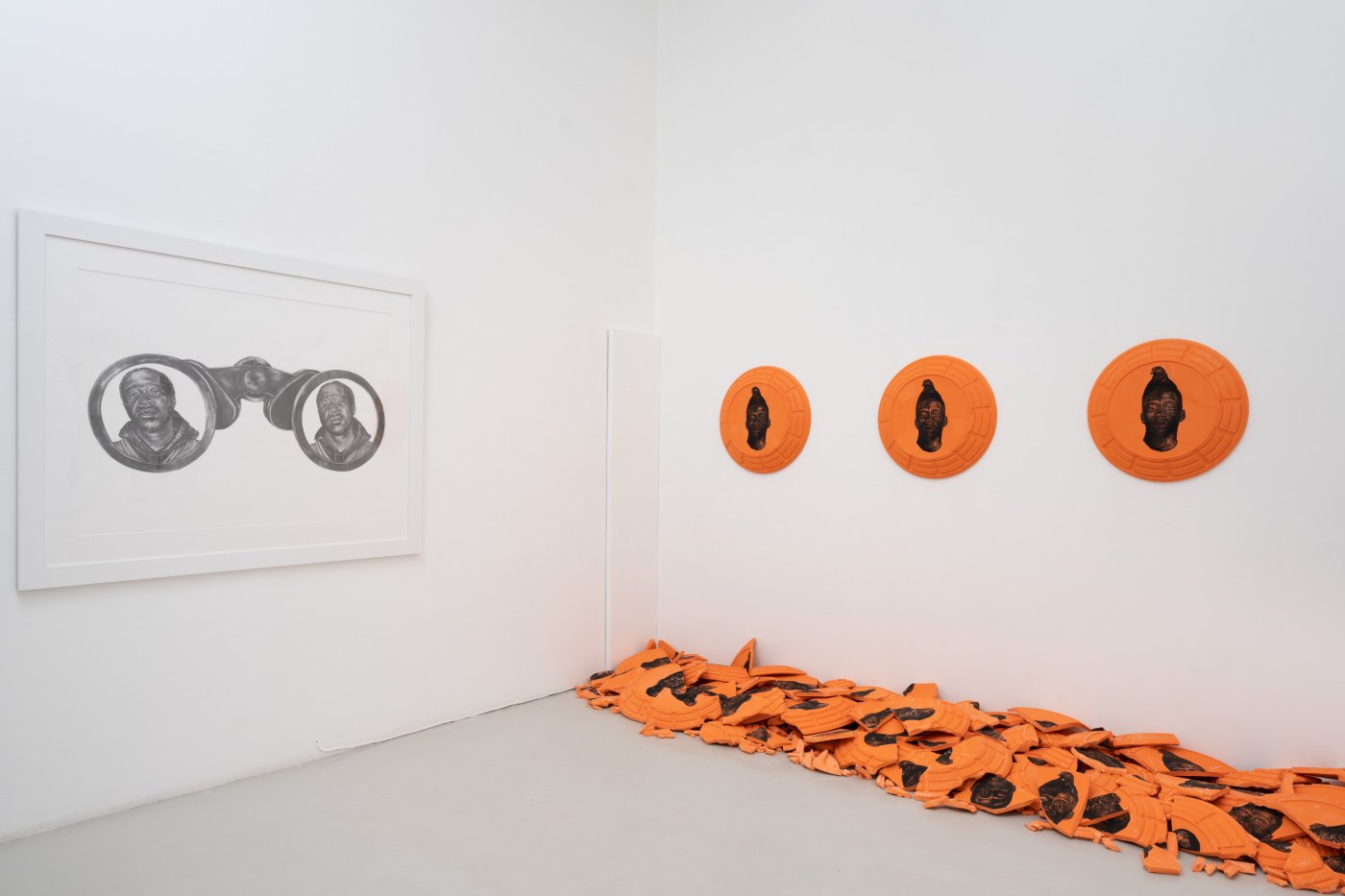 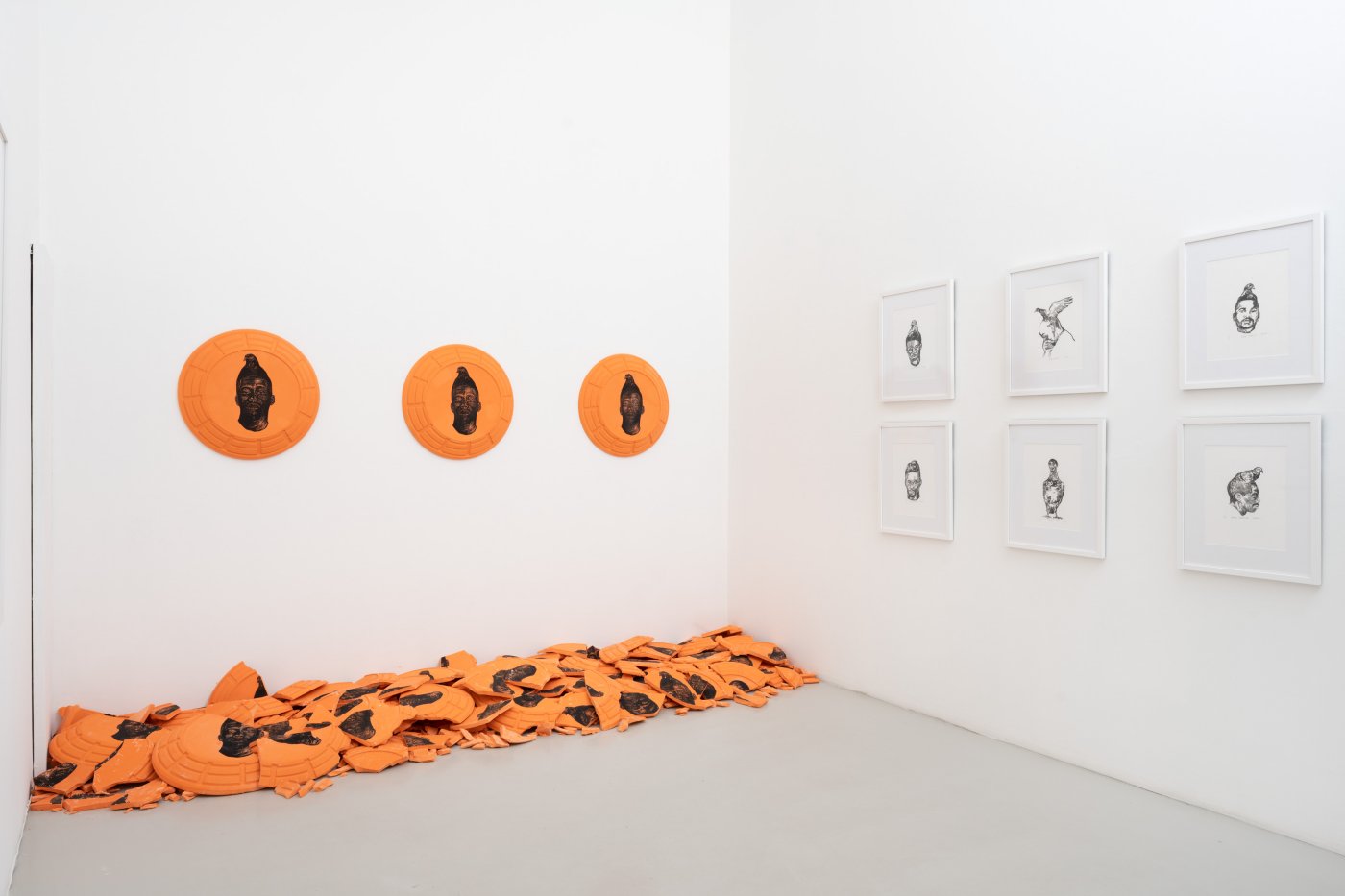 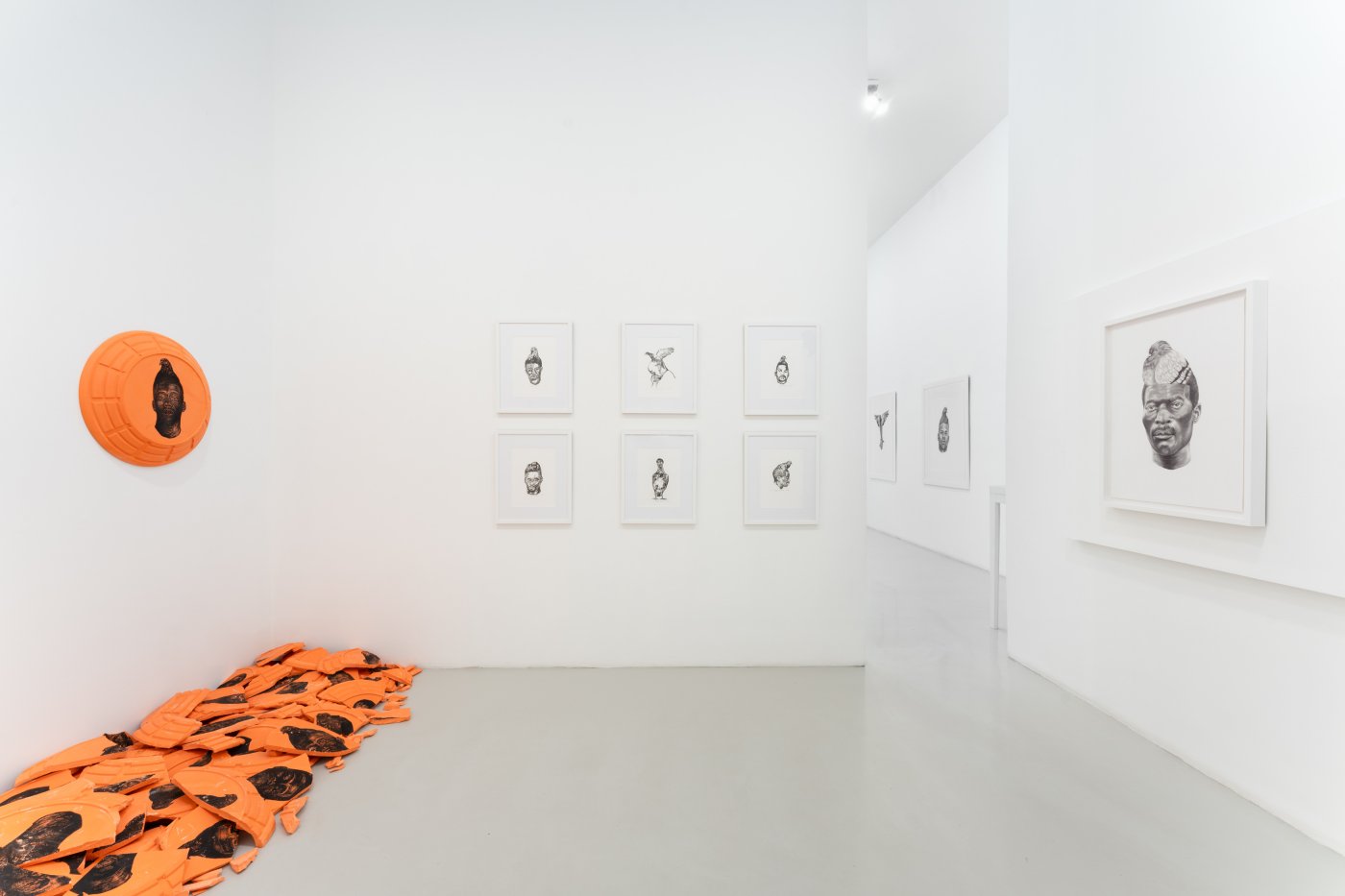 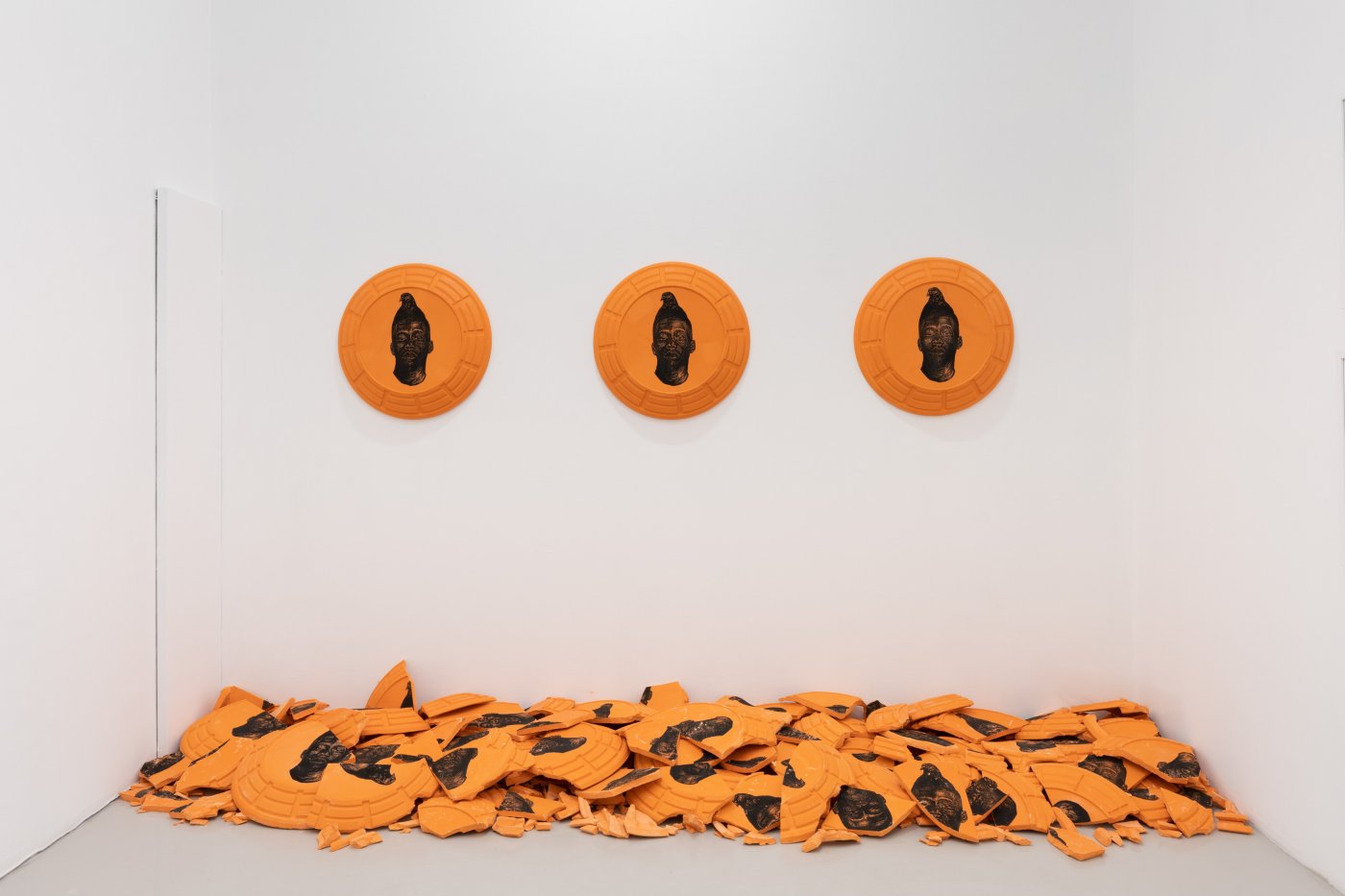 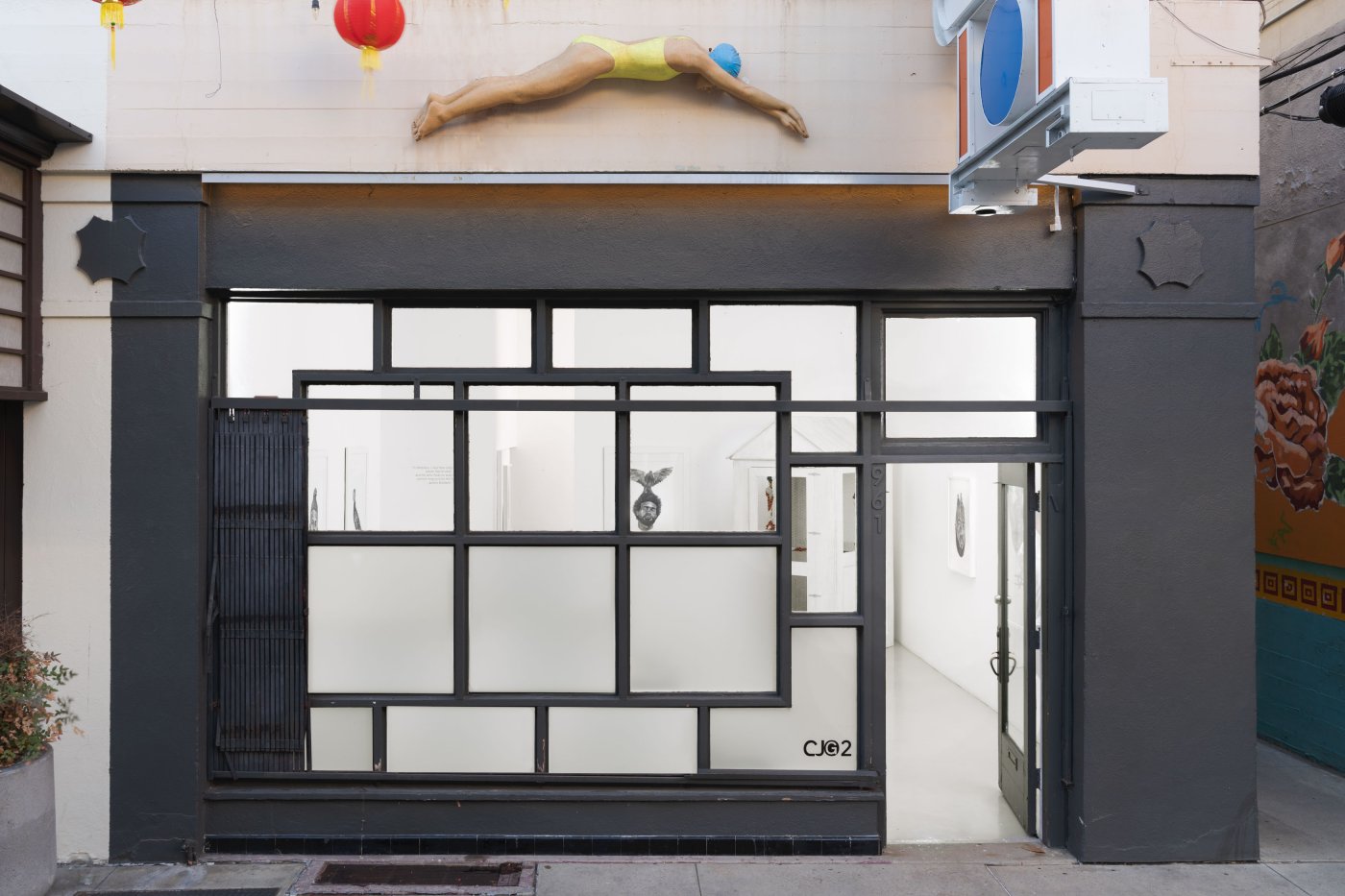 Additionally this fall of 2022, Rashaun Rucker will have a solo exhibition of new works at the Museum of Contemporary Art, Detroit (MoCAD).

Words from the artist on the exhibition:

1. To assign to a particular category or class, especially in a manner that is too rigid or exclusive.

Never Free to Rest compares the life and origins of the rock pigeon to the stereotypes and myths of the constructed identities of Black men in the United States of America.

My practice serves as an archive of Black culture as it intersects with myths and realities. As source material for my drawings, I utilize images of men I know and photographs of men incarcerated in the United States prison industrial complex. The photographs of those incarcerated are taken from various websites and newsletters and then collaged or altered to create the work. The work is intended to be a record of their lives, a marker of the social conditioning and heavy challenges we face as Black men. The exhibition is influenced by the inescapable thoughts and words of friends lost: those who were incarcerated, those who believed there was no way out—that they had been permanently assigned to the bottom of America’s caste system even though their talents were immense and so often appropriated.

Pigeons are similar to how many people see Black men in society: individuals that populate urban landscapes and live off assistance (i.e. the system) and viewed as vermin by some.

Although pigeons have a long history with humans, it’s nearly impossible to identify their original habitat. Europeans brought pigeons to North America in the 1600s, around the same time as the inception of the transatlantic slave trade in the United States.

Displaced from their natural environment, and without a migration gene to guide them, the birds adapted to their circumstances and the environments imposed upon them. Within months, their location is permanently imprinted in their minds as being home. Much like the pigeons, Black people were taken from their place of foundation and assigned a station in society within the colonized Western Hemisphere.

My work intends to communicate how the environment we have been placed in as Black people, created by generational systemic oppressions, becomes a reluctant contentment rather than a fleeting station—the “why” of “Black men often don’t fly” (achieve)—even though we can fly beyond these constructed circumstances.

Never Free to Rest explores the belief that we as Black men are only permitted in certain designed or designated spaces based upon these same racial stereotypes, to occupy prisons like pigeons in coops.

It is my hope that the exhibition provides an incubator for intergenerational conversations between Black men and boys, giving them a safe space to discuss these ongoing issues among themselves.”

Rashaun Rucker (b. 1978, Winston-Salem, NC) is a product of North Carolina Central University and Marygrove College. He makes photographs, prints and drawings and has won more than 40 national and state awards for his work. In 2008 Rucker became the first African American to be named Michigan Press Photographer of the Year. He also won a national Emmy Award in 2008 for documentary photography on the pit bull culture in Detroit. Rucker was a Maynard Fellow at Harvard in 2009 and a Hearst visiting professional in the journalism department at UNC-Chapel Hill in 2013. In 2014 Rucker was awarded an artist residency at the Red Bull House of Art. In 2016 Rucker was honored as a Modern Man by Black Enterprise magazine. In 2017 Rucker created the original artwork for the critically acclaimed Detroit Free Press documentary 12th and Clairmount. His work was recently featured in HBO’s celebrated series “Random Acts of Flyness” and the movie “Native Son”. In 2019 Rucker was the first awardee Red Bull Arts Detroit grant and was named a Kresge Arts Fellow for his drawing practice. In 2020 Rucker was named a Sustainable Arts Foundation awardee. In 2021 Rucker was awarded a prestigious International Studies and Curatorial Program (ISCP) residency and a Mellon residency at the University of Michigan Institute of Humanities. Rucker’s diverse work is held in the Smithsonian NMAAHC and numerous private and public collections. He is based in Detroit, MI.

Courtesy of the artist and Charlie James Gallery, Los Angeles