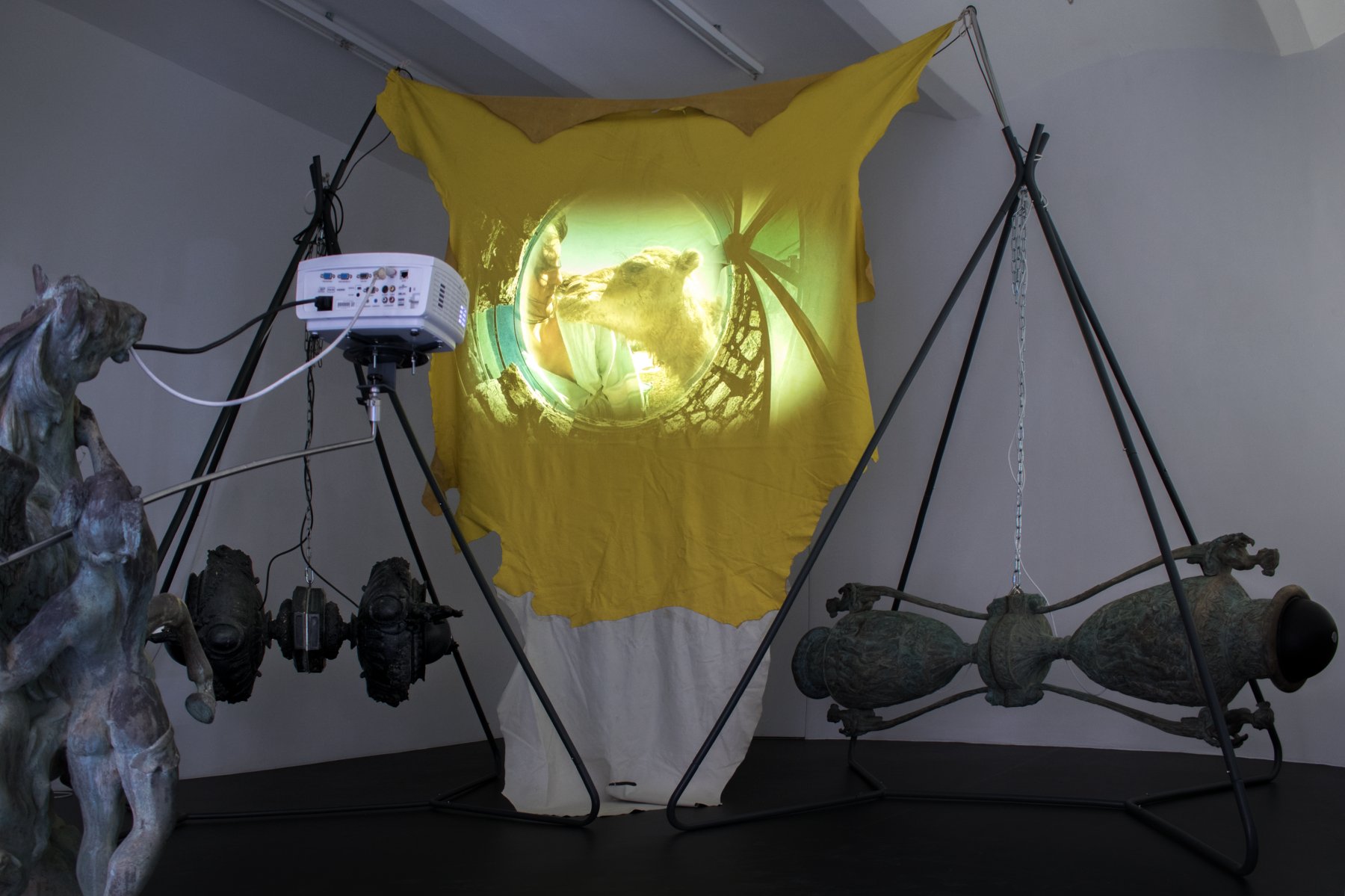 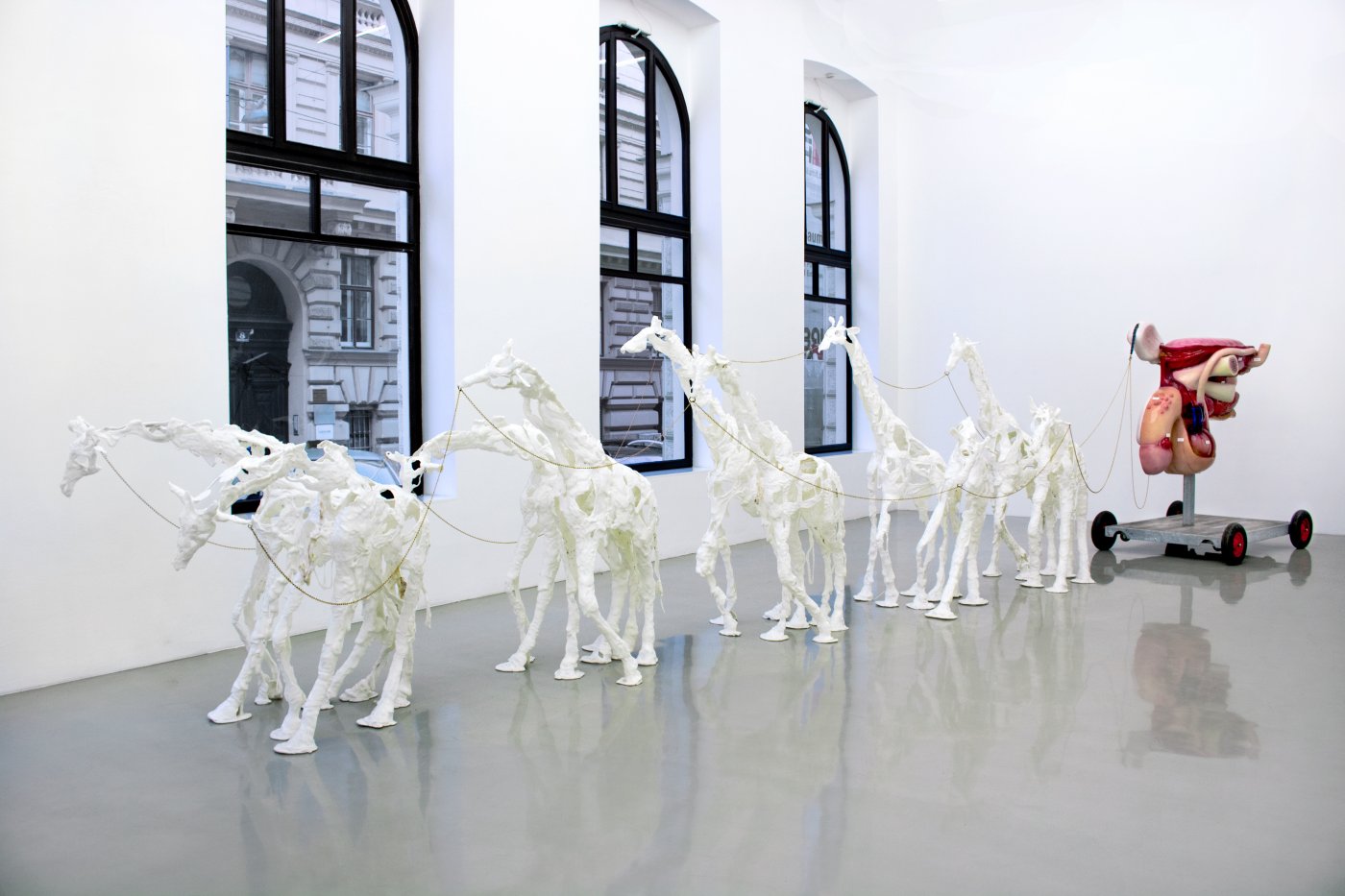 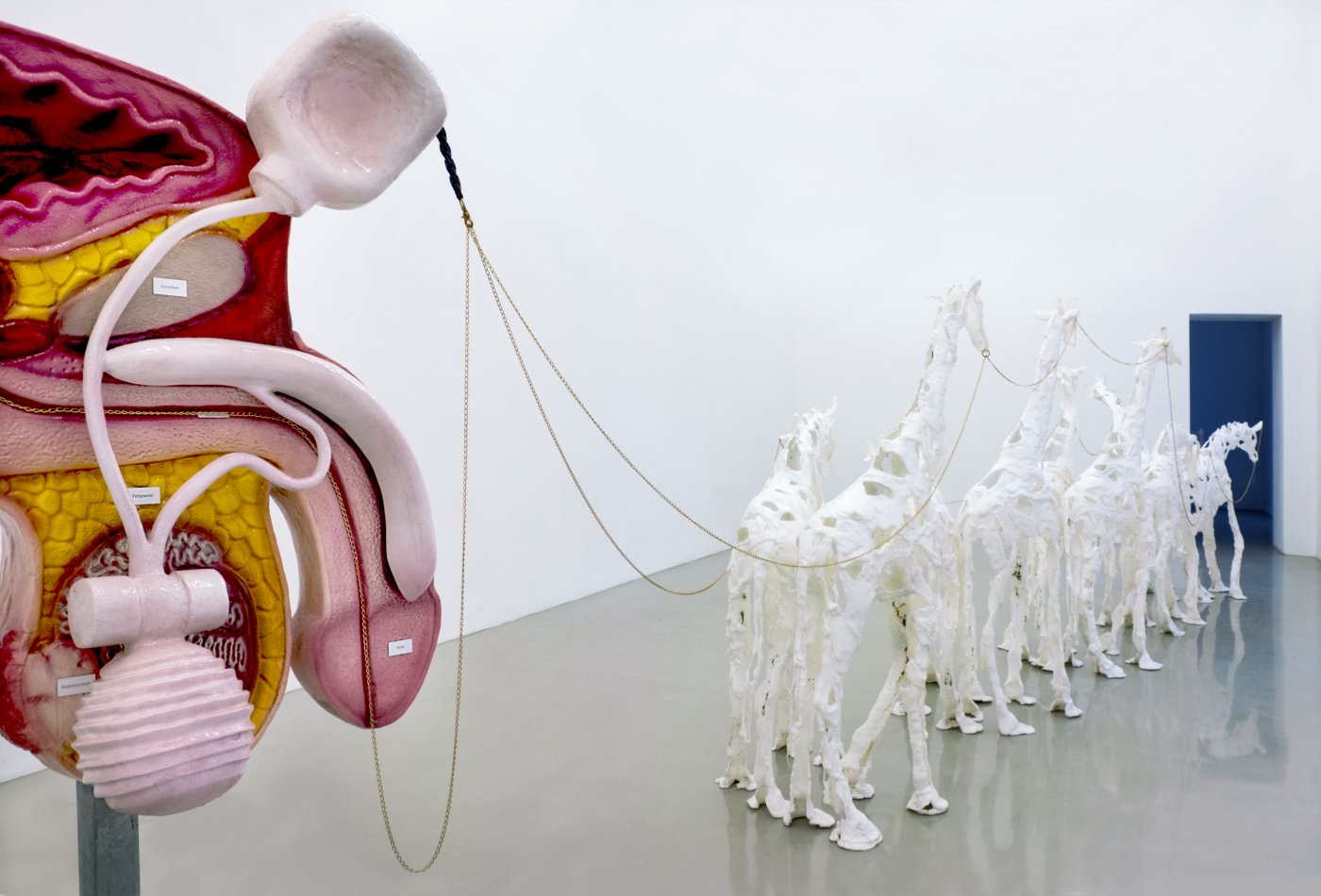 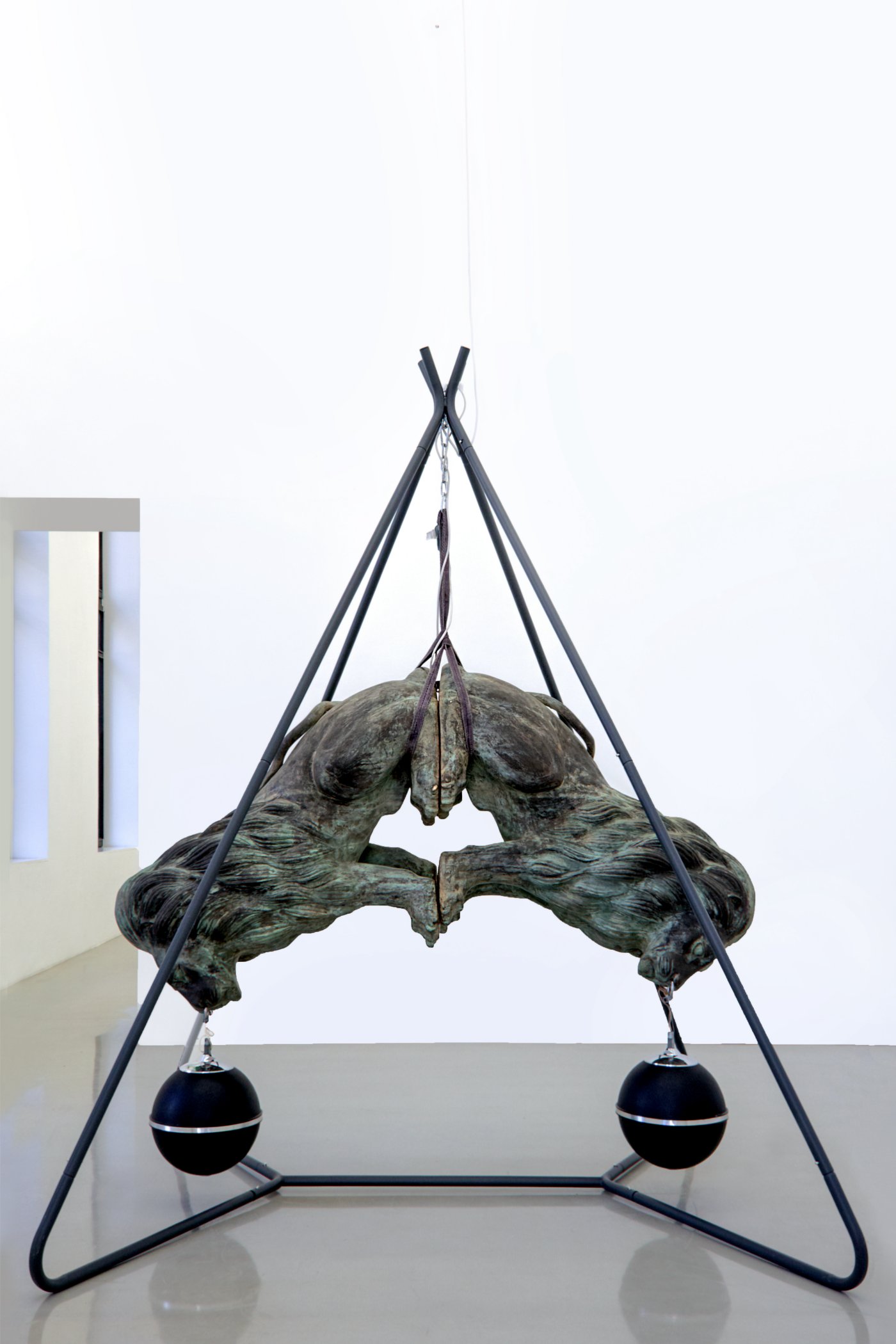 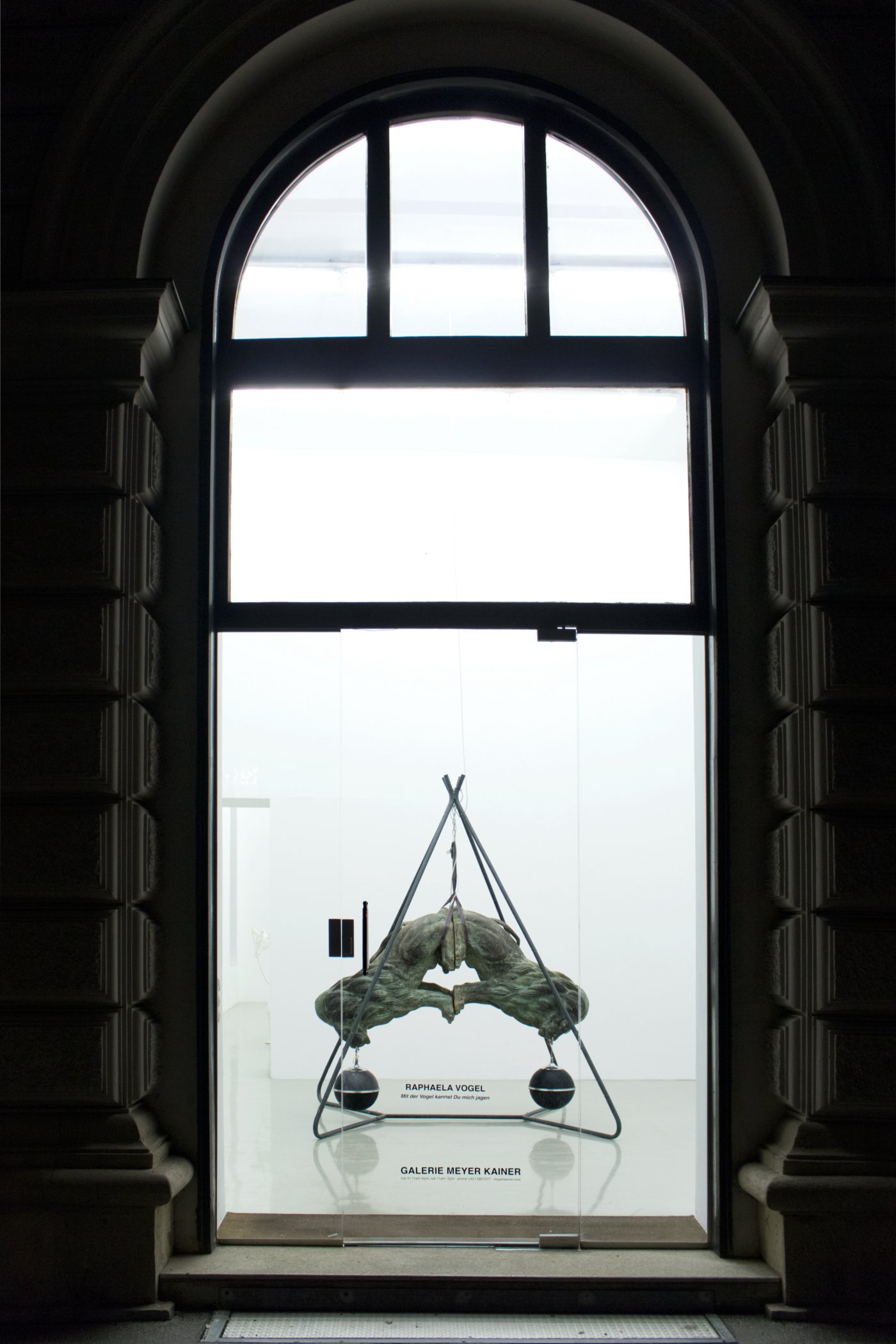 After major presentations since 2015 in numerous German art associations, as well as at Kunsthalle Basel in 2018, Raphaela Vogel became known in Austria with her solo exhibition at Kunsthaus Bregenz in 2019. In her current exhibition at Galerie Meyer Kainer she interweaves two installation settings. In the center is the expansive sculpture Können und Müssen (Ability and Necessity), 2022. It is framed by the two-part sound and video installation Für uns (For us), 2021, which spans from the entrance room to the upper floor. Für uns (For us), one of Vogel’s typical sound and video collages, is embedded in a sculptural setting. As a hybrid system, Raphaela Vogel builds her mysterious scenarios and unusual distortions from found metal sculptures, sounds, images, and machines. The appropriation of mythological animals in Vogel’s sculptures negotiates assumptions about traditions and power dynamics and relates them to sound.
Strangely emotional images seem to quote the current state of life in the Anthropocene.
When Raphaela Vogel depicts Können und Müssen (Ability and Necessity), in the title of the sculpture—a large anatomical model of a flaccid penis pulled by a group of giraffes—it shows that „Können“ and „Müssen“ are closely linked. A “phobic object”, a condensation of symbolic activity in the context of a fragmentary narrative that does not close itself off to existential, political but also humorous subjects.