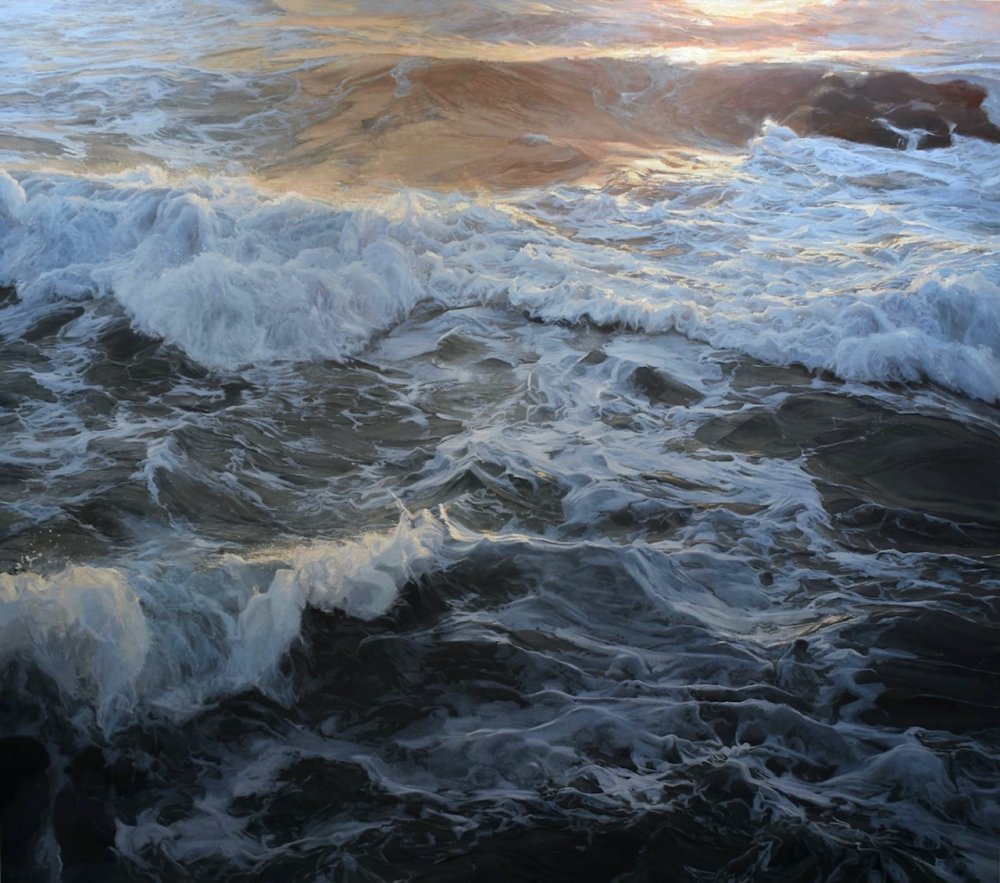 Ramsay Gibb
Running with the Tide, 2021 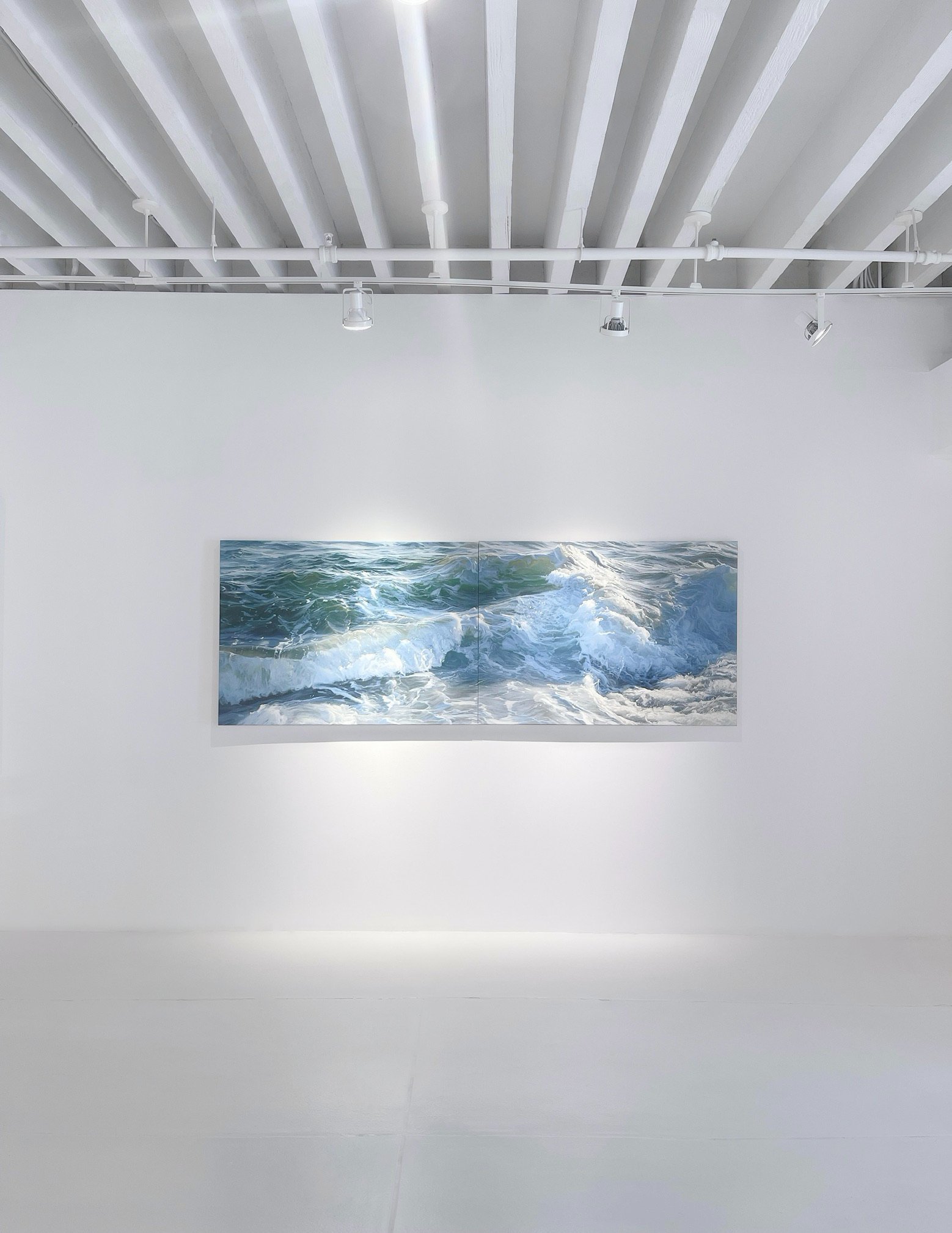 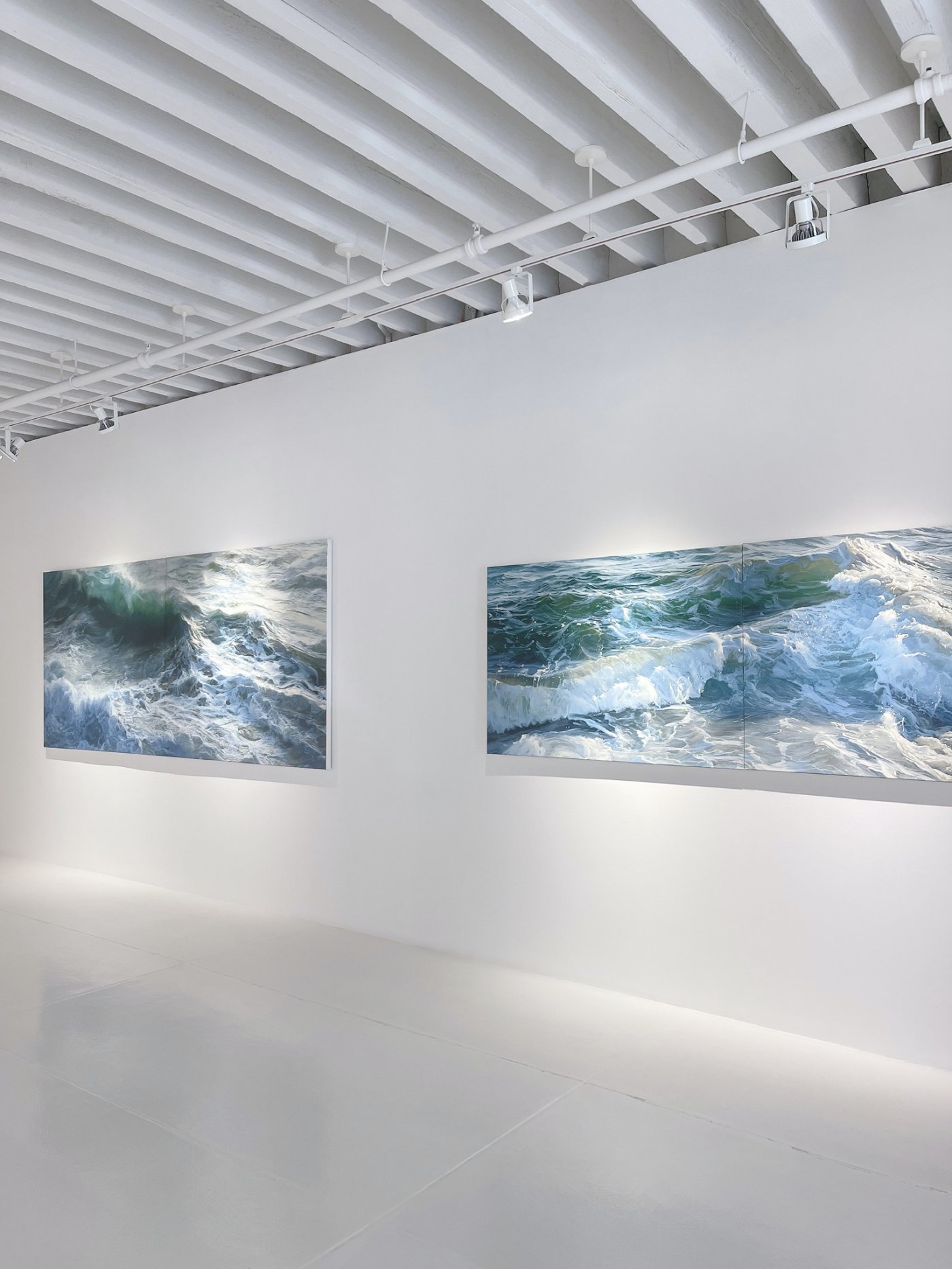 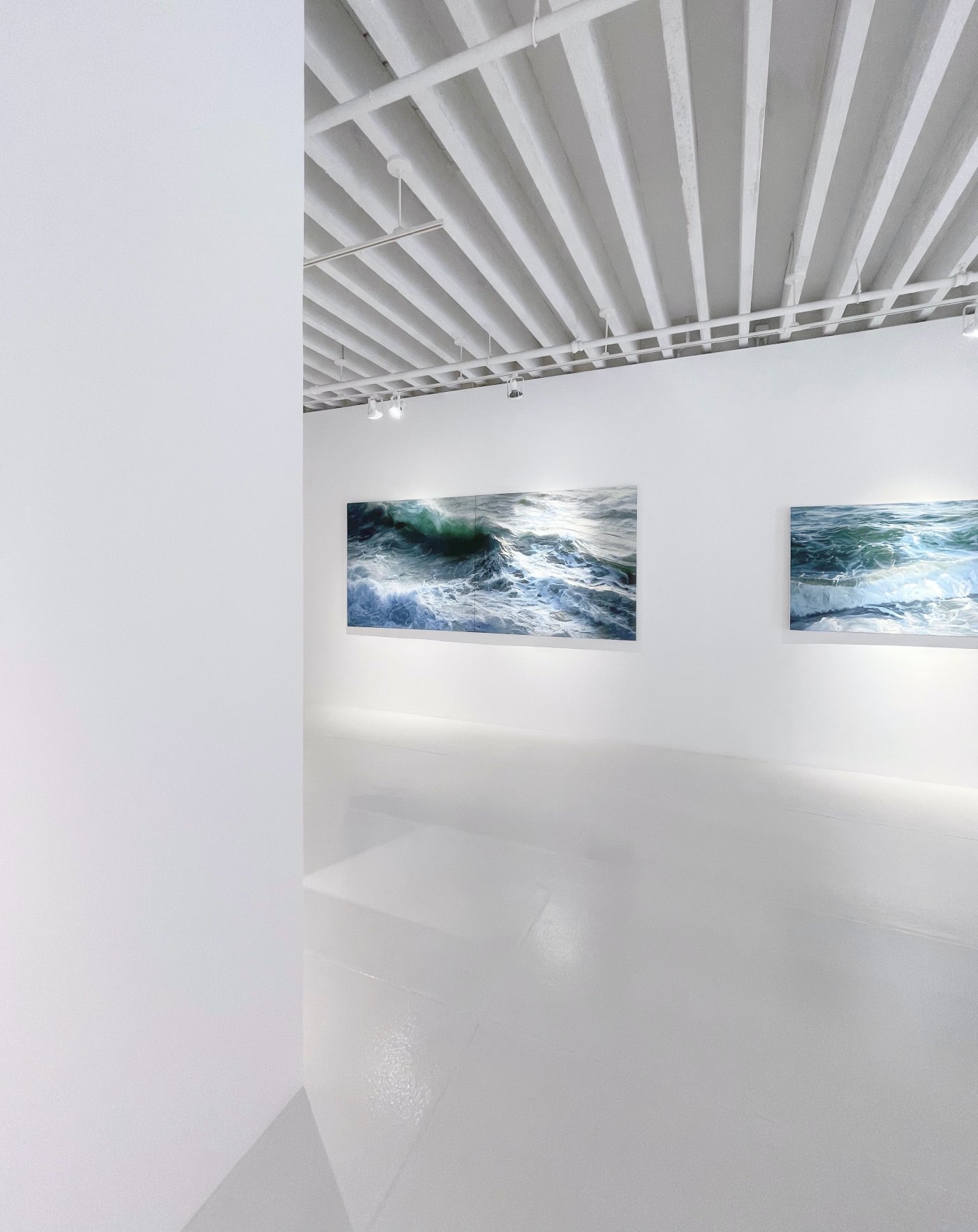 Ramsay Gibb was born in Irvine, Ayrshire, Scotland in 1965. His early years were spent on the coast near Troon. Later his family moved to Lancashire, where he studied first at Bolton and then at the University of Brighton. He has lived on the Sussex coast then the Suffolk coast which has served as a source of inspiration for much of his work.

For the last two years, Ramsay has focused exclusively on one subject, the sea. The sea and water have always been a dominant theme in his work, but previously within the context of a broader view which would include land and sky. Those elements of landscape, “the secure ground of home”, have now been stripped away so that the vast, restless mass of water and the play of light has become the singular subject.

“The sea is beyond our everyday lives. We engage and have knowledge of only a tiny fraction of it. It makes great demands of a painter, is always tantalizing. It seems to run through the fingers, evading possession. What is portrayed is a moment of time but the painter must also understand the moments before and after, the complete motion of which it was a small part. It is only by investing many hours and layering paint that the beauty and complexity of that instant can be revealed. The sea has been a metaphor for the boundless energy and vastness of nature, its indefatigable strength. However, our perception is changing. ‘Ocean’ has for a long time been a synonym for immensity, of things beyond our dominion, both distance and time. Oceans divide us topographically and culturally. Now our flotsam of discarded objects and waste has intruded into the sea. We are able to measure changes in temperature and sea level, the decline in fish species. The sea now has become the signifier of our carelessness. Vast oceans are now seen as vulnerable to our misuse, they are our conscience, and interest in them is an interest that concerns and unites us all.”

Since 1994, Ramsay Gibb has shown regularly at galleries in London. Most recently he has been the subject of exhibitions at London’s Saatchi Galleries.

Courtesy of the artist and ESTELLA, New Orleans