Axel Vervoordt Gallery is pleased to present, “Was weiss das Weiss”, an exhibition on Raimund Girke (1930-2002), which covers every chapter of his oeuvre. The exhibition is planned for the upcoming publication, Between White / Was weiss das Weiss, an extensive monograph on Girke’s life and work that examines the international contexts in which he was invited to participate. 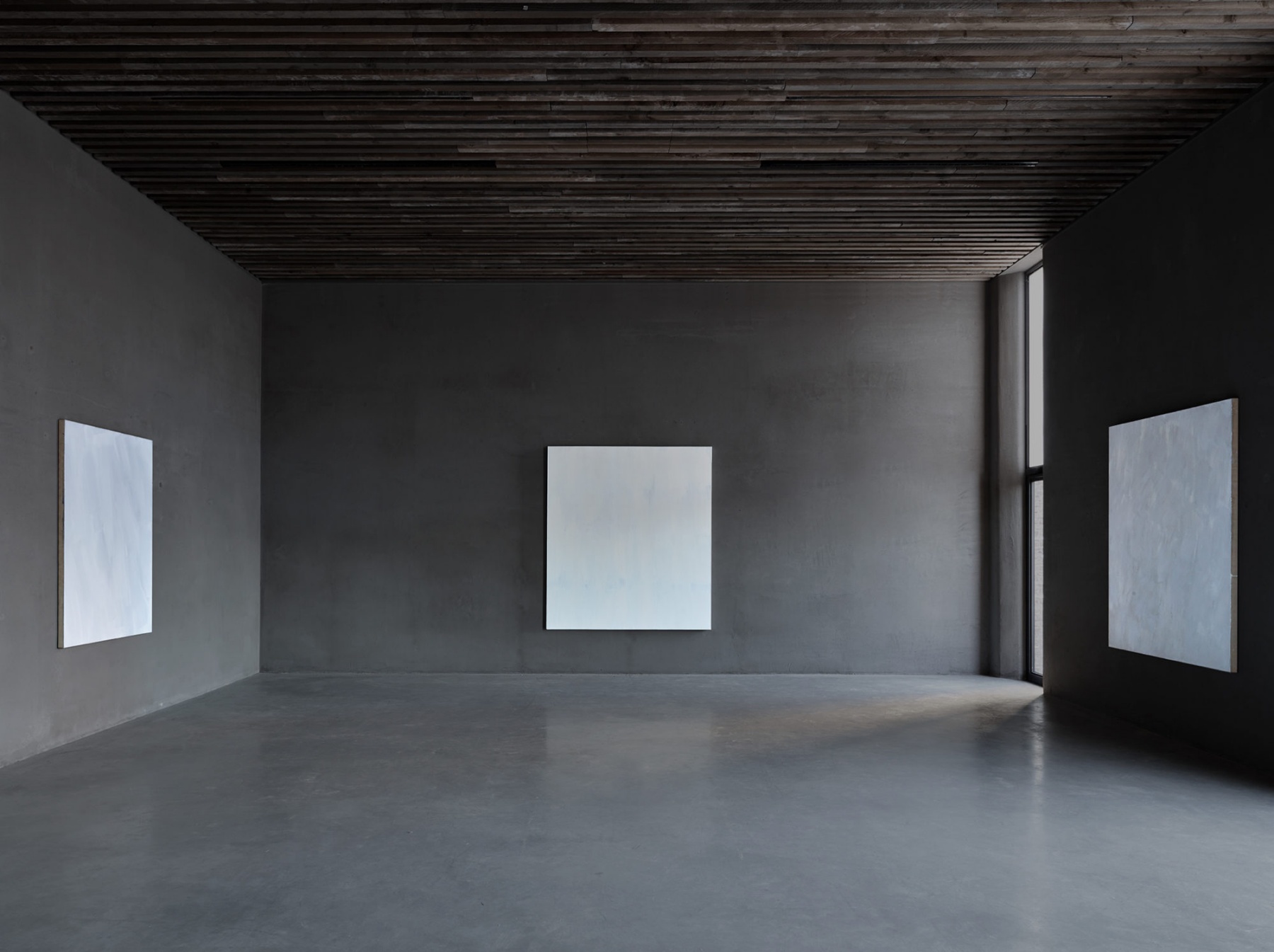 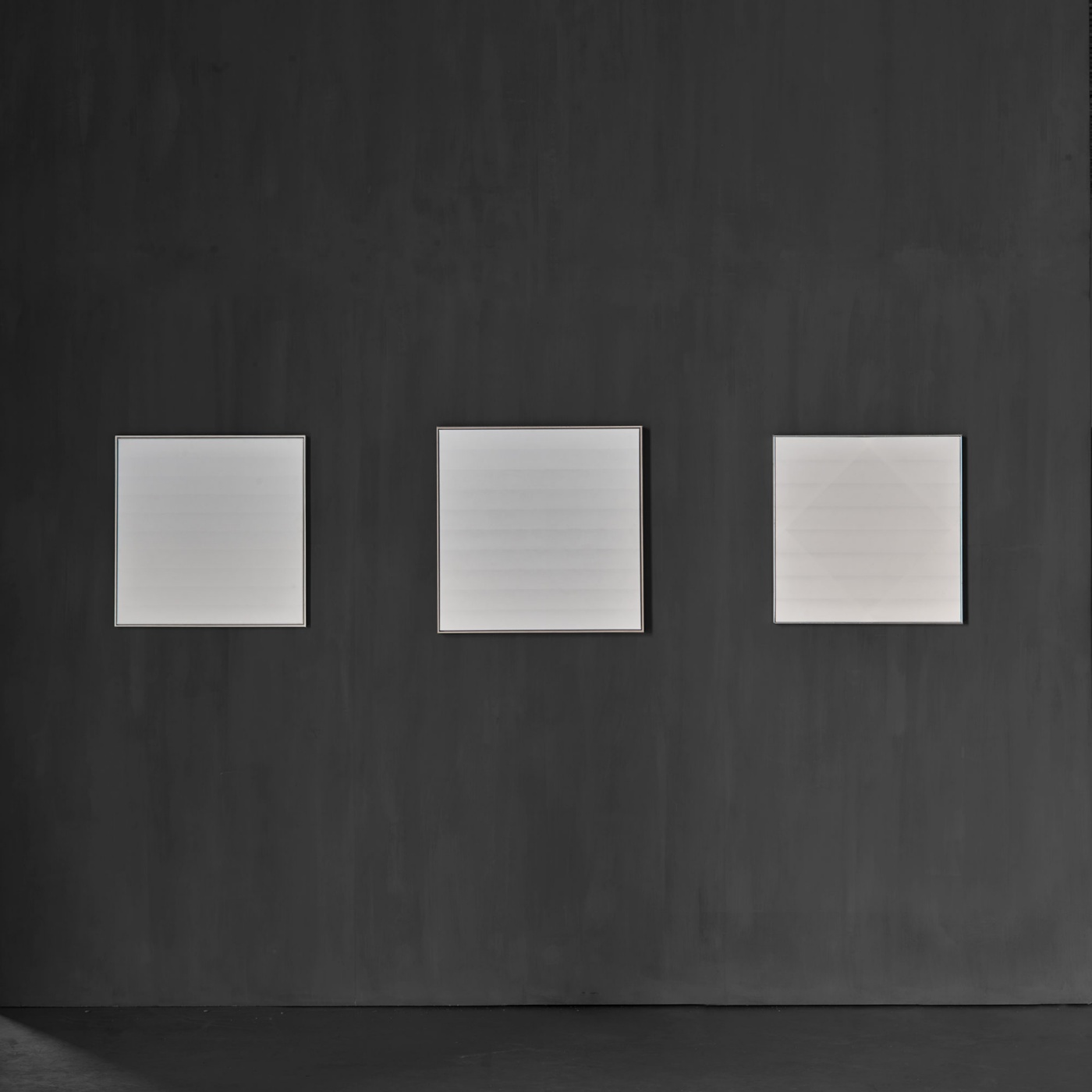 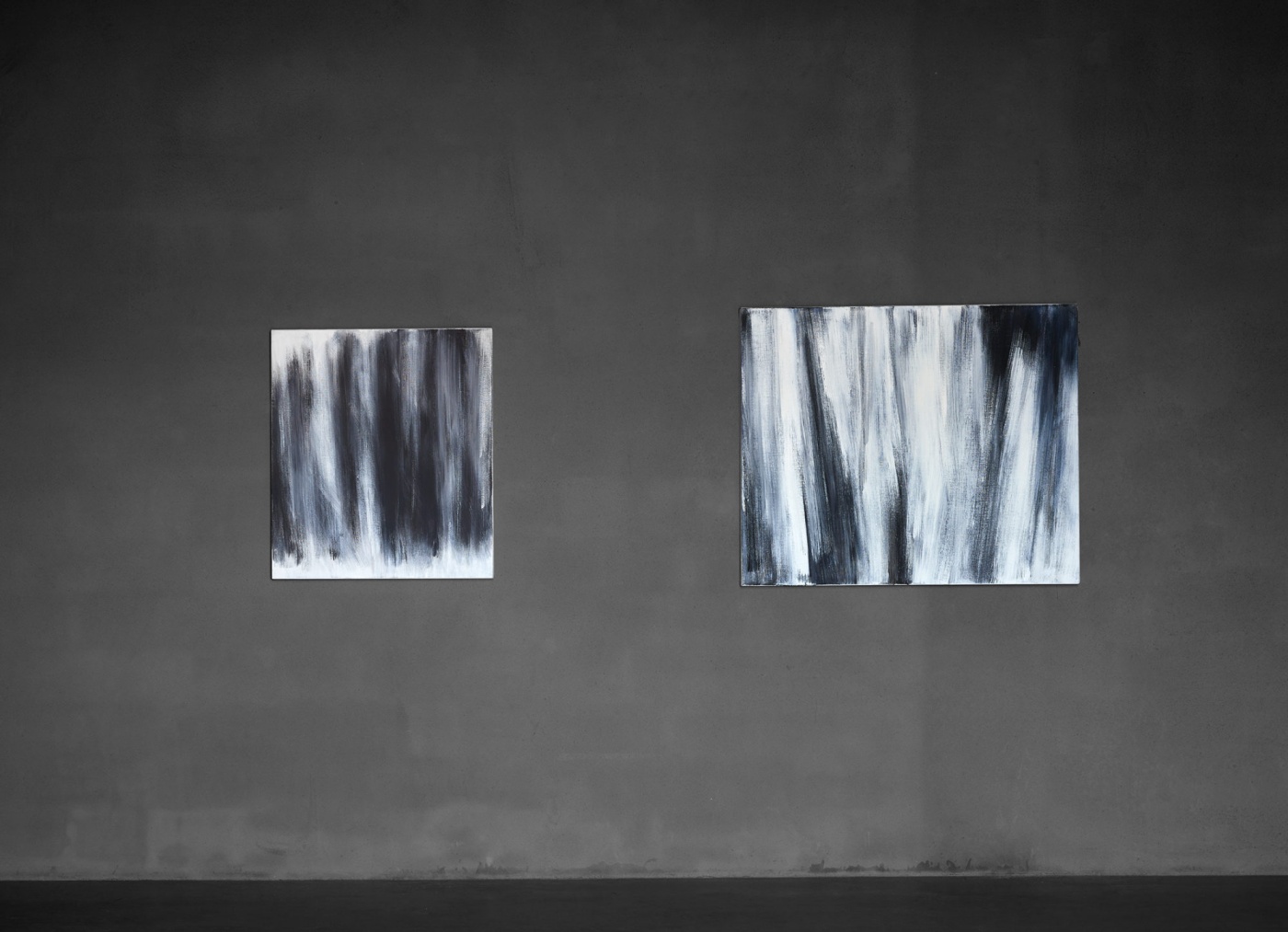 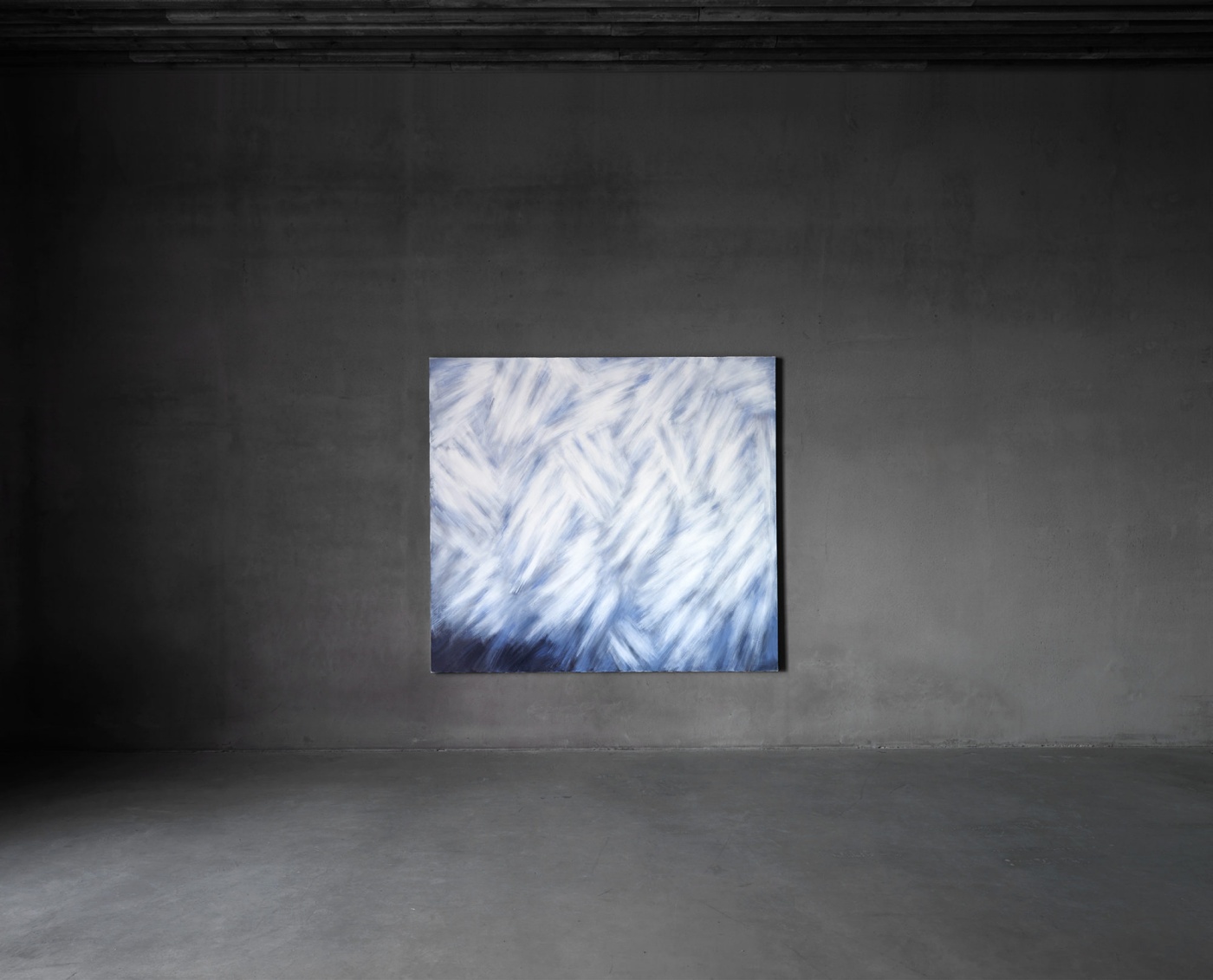 Girke studied at Staatliche Kunstakademie in Düsseldorf, the same academy attended by the founders of ZERO who created the pioneering group in 1958. Girke knew Heinz Mack and Otto Piene well but in the 1950s he became increasingly inspired by Art Informel, Serge Poliakoff’s first exhibitions in Germany, and Kazimir Malevich’s travelling exhibition at Stedelijk Museum, Amsterdam.

Malevich’s influence gradually took over, causing Girke to work in stripped-down, monochrome white works. He continued to play a role in the background of the ZERO movement, as gallerists such as Adam Seide in Hanover, Günter Meisner in Berlin (Galerie Diogenes), and William E. Simmat in Frankfurt (Galerie d) represented him and included his work in important exhibitions, alongside Piero Dorazio, Almir Mavignier, Günther Uecker, and others. Henk Peeters, an initiator of several groundbreaking manifestations, also invited Girke to his Galerie Orez in The Hague, where he took part in the outspoken exhibition, “Nieuwe Tendenzen” (New Tendencies); Christian Megert, on the other hand, invited Girke several times to Galerie Aktuell in Bern.

Meanwhile, the German art historian and director of the Museum Morsbroich in Leverkussen, Udo Kultermann, was working on his concept, which he called “neue Malerei”. The resulting exhibition, “Monochrome Malerei” (Monochrome Painting) in 1960, showed Girke alongside the above-mentioned artists, as well as artists who were part of the context in which Girke began to reside. Some of them, like Yves Klein, exerted an important influence on him; with others, such as Walter LeBlanc or Oskar Holweck, Girke met to discuss, as shown in historical photographs. The work Girke showed during the 1960 exhibition, Strukturen, is now in the collection of Busch-Reisinger Museum, Harvard University Art Museums.

Kultermann’s project gave rise to several initiatives that went a step further, and in Malevich’s spirit, explored the limits of white on white, such as the eponymous exhibition in deCordova Museum, Lincoln MA, in 1965, curated by Frederick P. Walkey with advice from George Rickey. Harald Szeemann invited Girke to participate in “Weiss auf Weiss” at the Kunsthalle Bern a year later, and in 1973, there was “Basically White” at the Institute of Contemporary Arts London.

Girke didn’t see himself as part of any group or movement, which more than once earned him the description of Einzelgänger. The comparison with Agnes Martin or Robert Ryman, with whom Girke exhibited for the first time in 1969 and 1973 respectively, thus turns out not to be just about the visual similarities: they are all artists who, without interfering with certain movements, have remained true to their artistic principles and paradigms.

For Girke, this was the eternal quest for the possibilities of the presence and absence of the colour white, for him “Königin der Farben”. The Lamellenbilder series that Girke made in this period show a similar conceptual approach to the work of art as these other artists — characterised by repetition, perception, and a precise balance.

In 1975, Girke participated in the exhibition, “Fundamentele Schilderkunst”, at Amsterdam’s Stedelijk Museum, curated by Rini Dippel and Edy de Wilde with Ryman, Martin, and others. It was just one of the initiatives that reflected on a theoretical approach to returning to the fundamentals or principles of painting, like Planned Painting, Analytical Painting, Essential Painting, or in the 1980s, Radical Painting. It also resulted in Girke’s participation in documenta 6 in 1977 – both the painting and drawing sections. At the time, Girke was again clearly starting from the beginning of the painting process, with vertical brushstrokes and an almost homogeneous grey result, which would later be characterised by more contrasts, gestural movements, and pastose substance. Three works from 1978 and one from 1980 were acquired by the Berlin Neue Nationalgalerie, initiated by Dieter Honisch, and in 1985 were part of the exhibition “Neuerwerbungen” alongside Lucio Fontana, Josef Albers, and Uecker.

Also in the 1980s, Girke received his first monographic retrospectives and has been curated in group exhibitions on the art of the Bundesrepublik Deutschland in Bonn and abroad. Girke was shown on more than one occasion together with, among others, his former classmate Gotthard Graubner and with Gerhard Richter, whose work Girke also had in his art collection, as one of the artists who embodied the art of the country, which in 1990 would form Germany together with the GDR. The year before, two major works by Girke were shown at the exhibition “Ambiente Berlin” as part of the Venice Biennale.

Girke’s paintings from the 1980s and 90s vacillate between dynamism and calm, which is visible in the brushstrokes. Girke returned to the colours of the earth in some paintings, such as blue and ochre — the colours that appear in Farben der Erde (1956), which is on display in this exhibition. In the 1990s, Girke preferred working in large format, lending himself to wide rhythmic movements and an openness to the viewer.

In this period, Girke exhibited twice more with international names that are highly regarded in art history. In 1989, he was one of the artists who took part in Osaka’s Art-Kite event, together with several artists connected with post-war avant-garde artistic movements. Many of them met again in 2001 at an exhibition that brought Claude Monet’s colouring into dialogue with the work of modern artists. Once again, Girke showed the painting Strukturen (1959). He died a year later, in 2002 – the ceremony for the Lower Saxony Art Prize he was awarded shortly before, was held posthumously.

In 2019, a large-scale research project was launched to contextualise Girke within the appropriate international perspectives; to interpret his role as part of the avant-garde after the Second World War. This exhibition at Axel Vervoordt Gallery, which presents work from each period thereby allowing the viewer to follow the evolution of his oeuvre, takes place in response to this.

In the display cabinets, a selection of archival material that formed the basis for this research can be seen; historical publications offer unique insight into the esteemed artists with whom Girke exhibited. The publication resulting from this project will follow later this year. Thus, this exhibition is an overture or intro: terms from music that lend themselves to Raimund Girke’s rhythmic approach to painting.